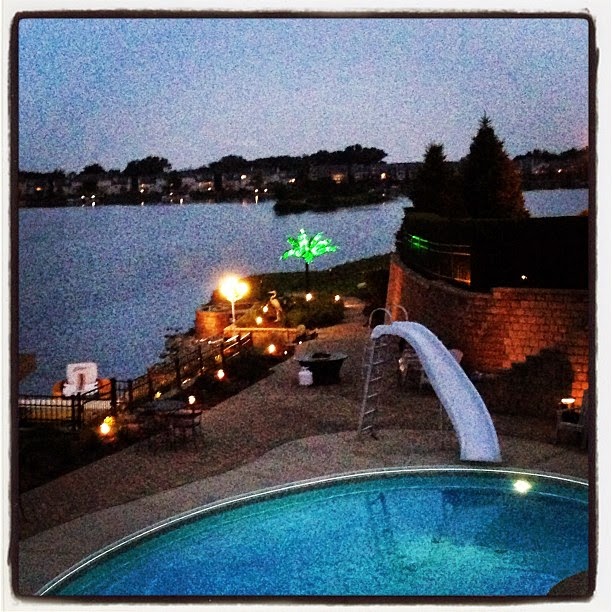 My family is well known for their 4th of July parties.

Now when I say known, I mean KNOWN. In fact around this time every year I start hearing from “friends” whom I have not heard from since last July. It’s an event that people look forward to every year and with good reason.

What started out as a small family party has grown into something that I’m not even sure I can adequately describe, but I’ll try.

As you’ve seen from prior posts, a lot of my family lives in a very wealthy neighborhood that is situated around a lake about 15 minutes away from my house. Over a decade ago my extended family decided that they were going to throw a 4th of July party, and it just so happened that they had the perfect place to set off a fireworks display; on the island in the middle of the lake (because the police couldn’t get to them without a boat). 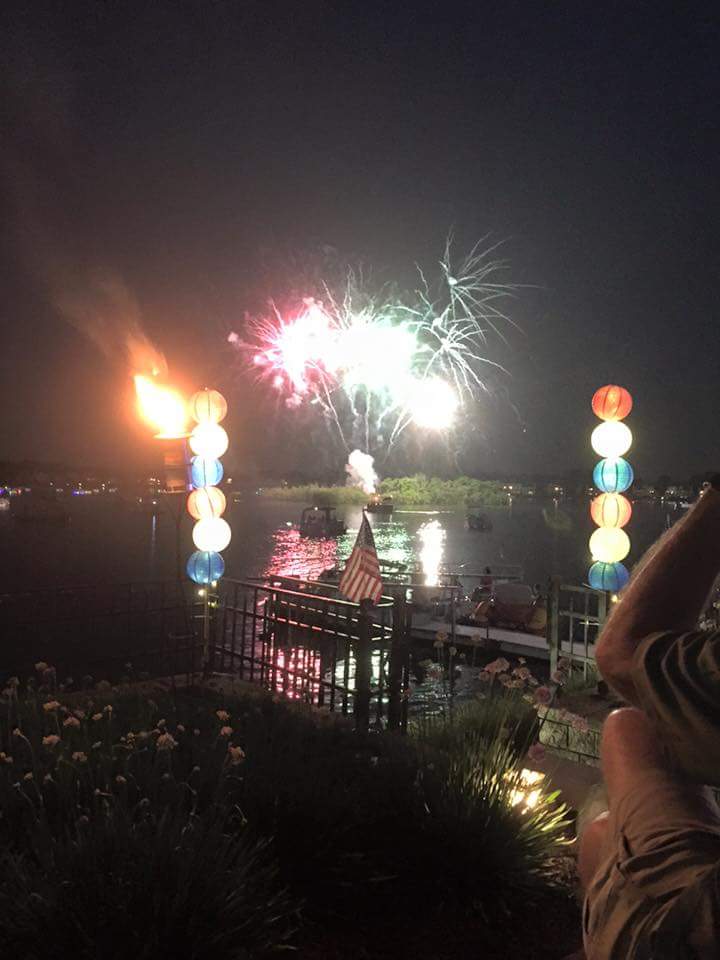 The party was a hit, everyone had a great time, and in keeping with the trend that is my family, when the next year rolled around the idea was “hey, that was fun, so do you know what would be more fun? If we did it bigger!”

And so they did.

Year after year the party has grown, and in a nostalgic way it has grown with us. When we were in college it was nothing short of a bar party. My brothers and cousins would sneak across the boarder to by fireworks, spend weeks attempting to choreograph them to a music selection, beer kegs were delivered, car keys were required to be dropped in a lock box on the way in the door, and when morning rolled around and everyone awakened from their drunken stupor on the pool deck, there were 7.8 million solo cups to clean up. 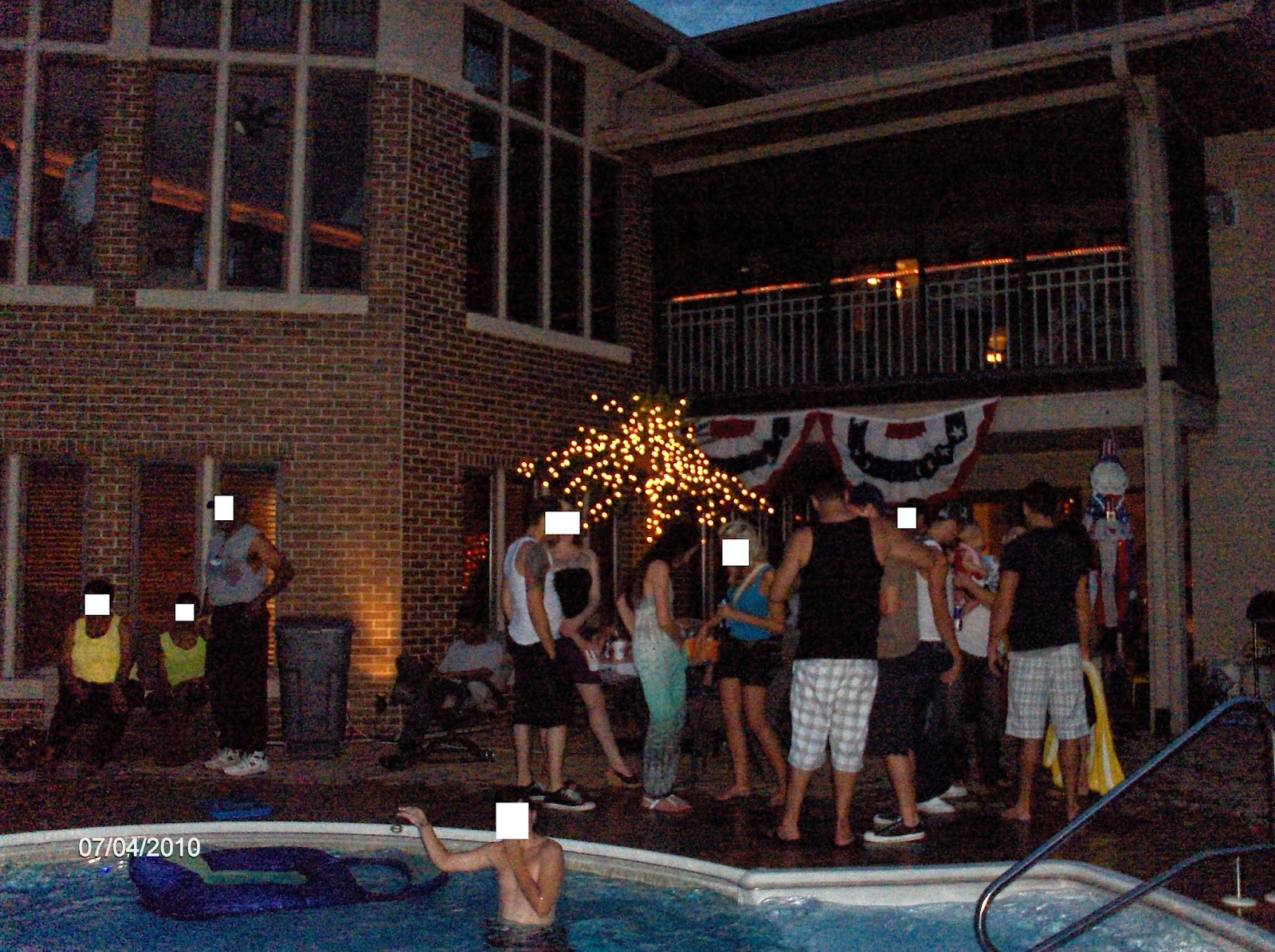 When we hit our mid 20’s, they got their acts together a bit. Beer kegs were replaced by catering, the fireworks would be set off by family members dressed in fire retardant clothing (with a medic on stand-bye), and we would party until 2am. 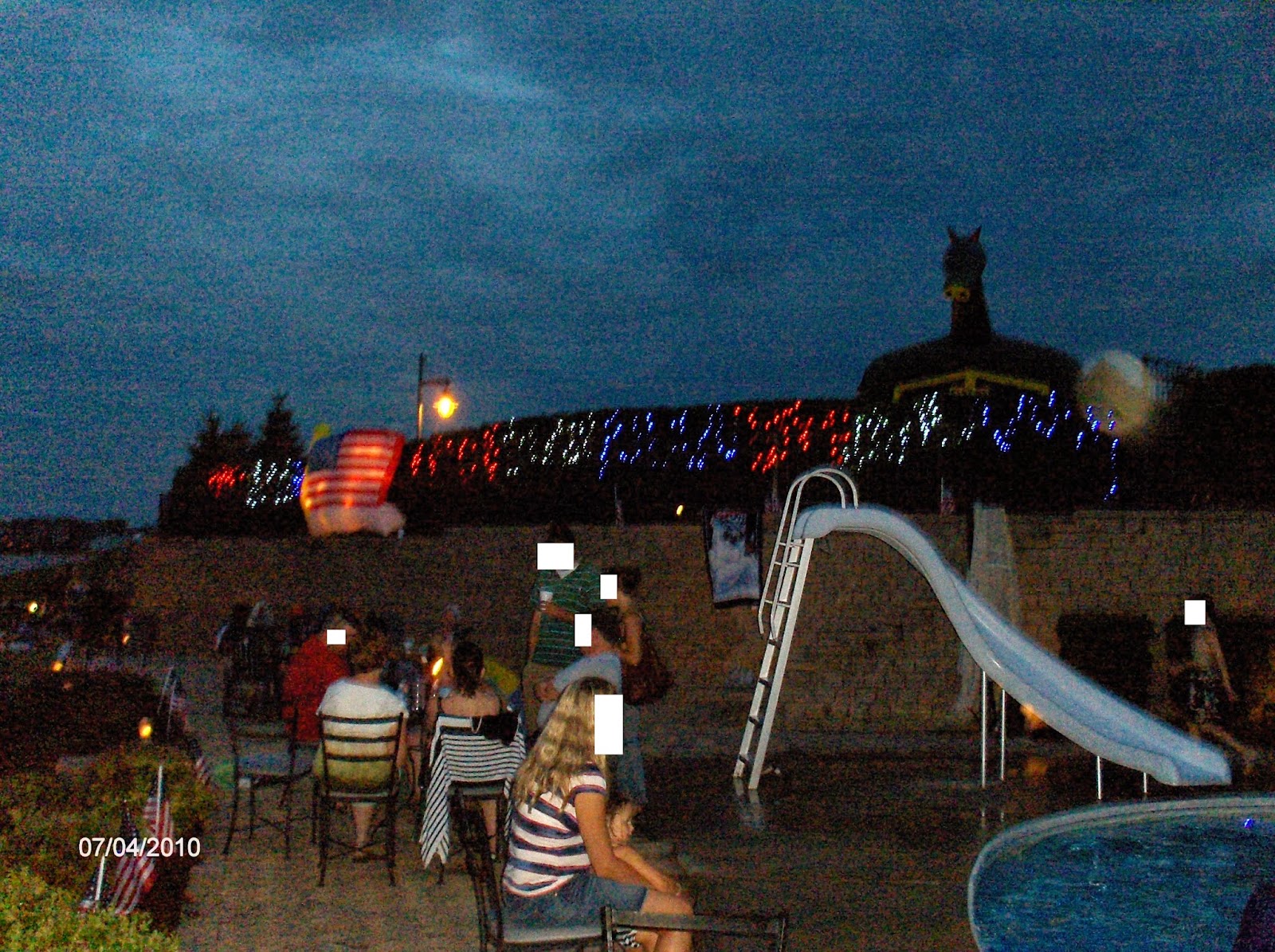 Now that we are in our 30’s we have seen the biggest change of all. A large bounce house is now set up on the side yard and the pool is filled with little children floating around in inner tubes, but even that isn’t the most surprising change. You see over the years as the party grew, so did the parties of everyone else on the lake.

The other houses came to expect the fireworks display and because they knew it was guaranteed to be good, they planned their own parties on the lake and invited their own guests.

Every 4th the gated neighborhood would become a parking lot of people trying to get in, and it was so bad that it would back the cars up all the way down the main roads. Even on the water it would get crowded. In anticipation for the show to begin, boats would start coming out in the early afternoon hoping to drop anchor in a place with the best view. 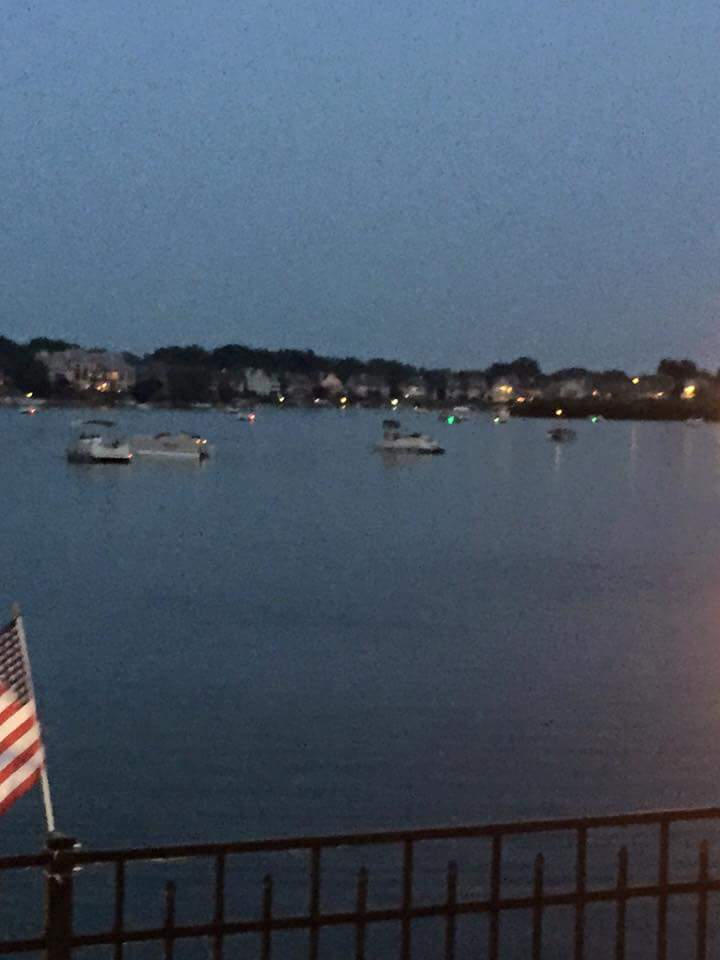 At this point law enforcement was well aware of what they were up to. 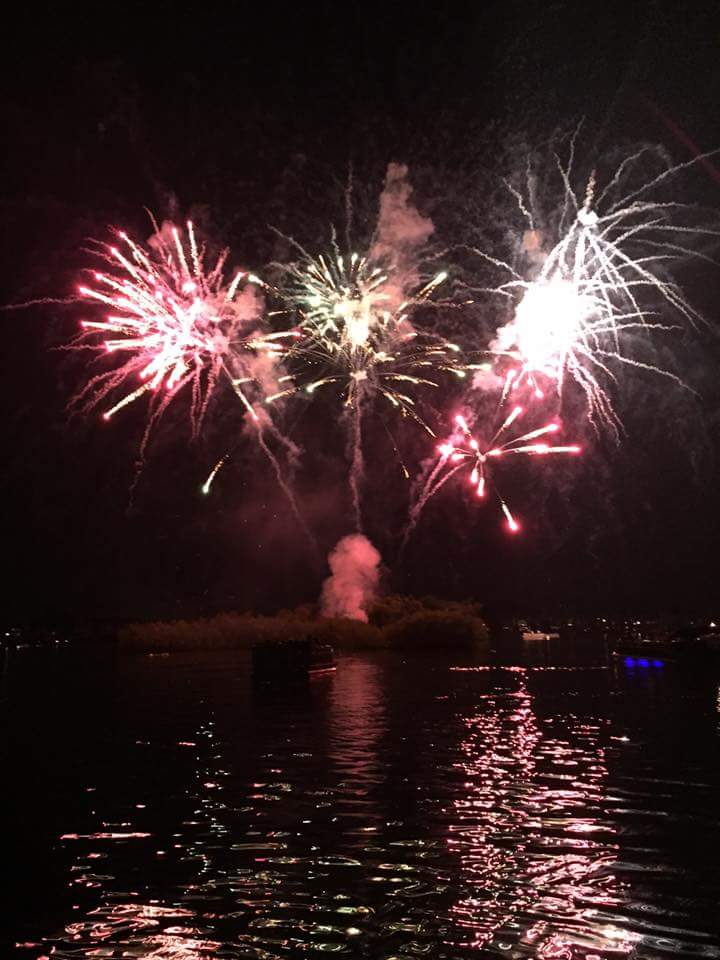 They even had to get a fireworks permit and hire a professional fireworks company.

All around the lake in other peoples yards, you can see catering trucks, pin stripped waitstaff, live bands, children’s activities, and hordes of people waiting to see the tens of thousands of dollars in fireworks that will be set off at 9pm by a team who who has computer coordinated them to music — a display that is known for being better than anything the city sets off. 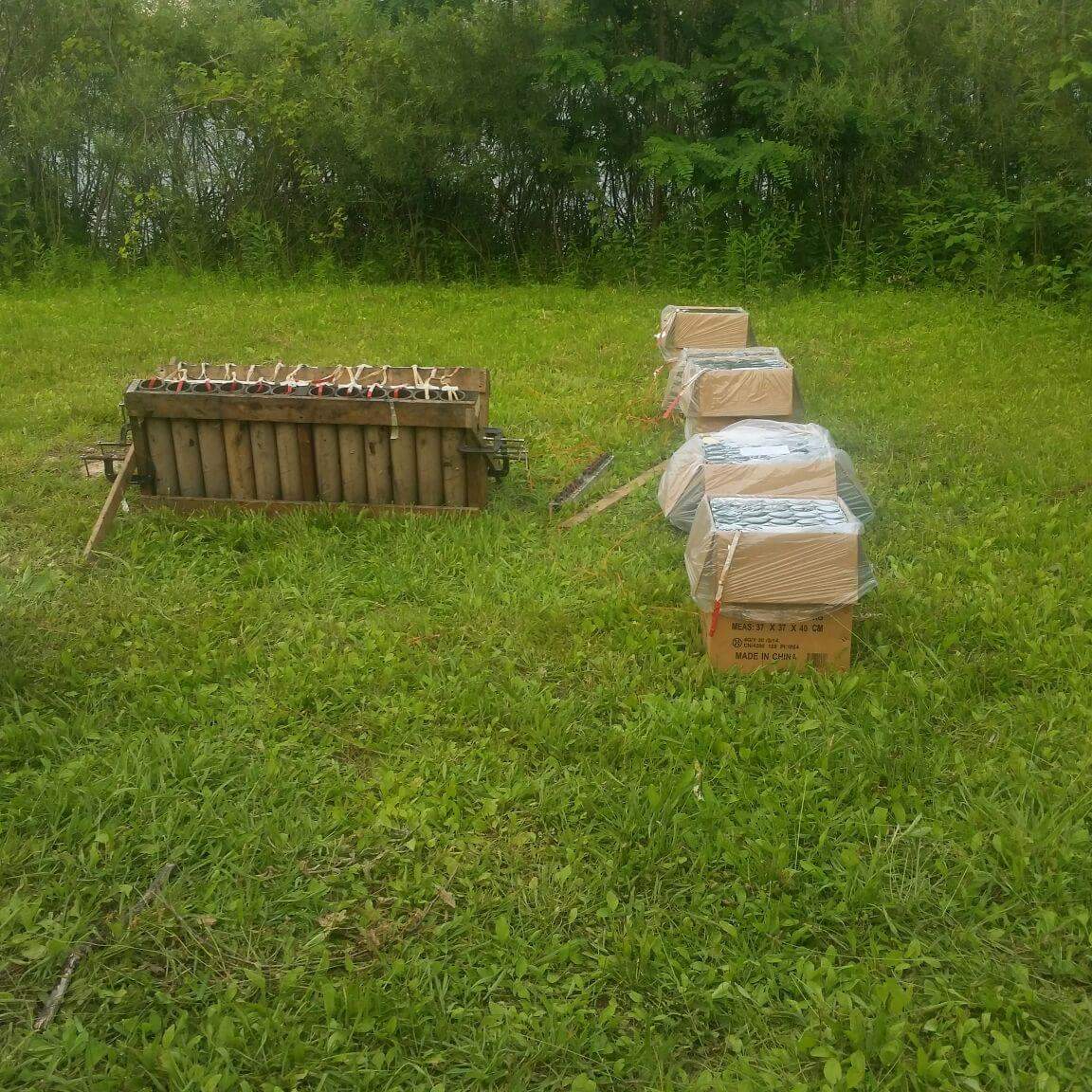 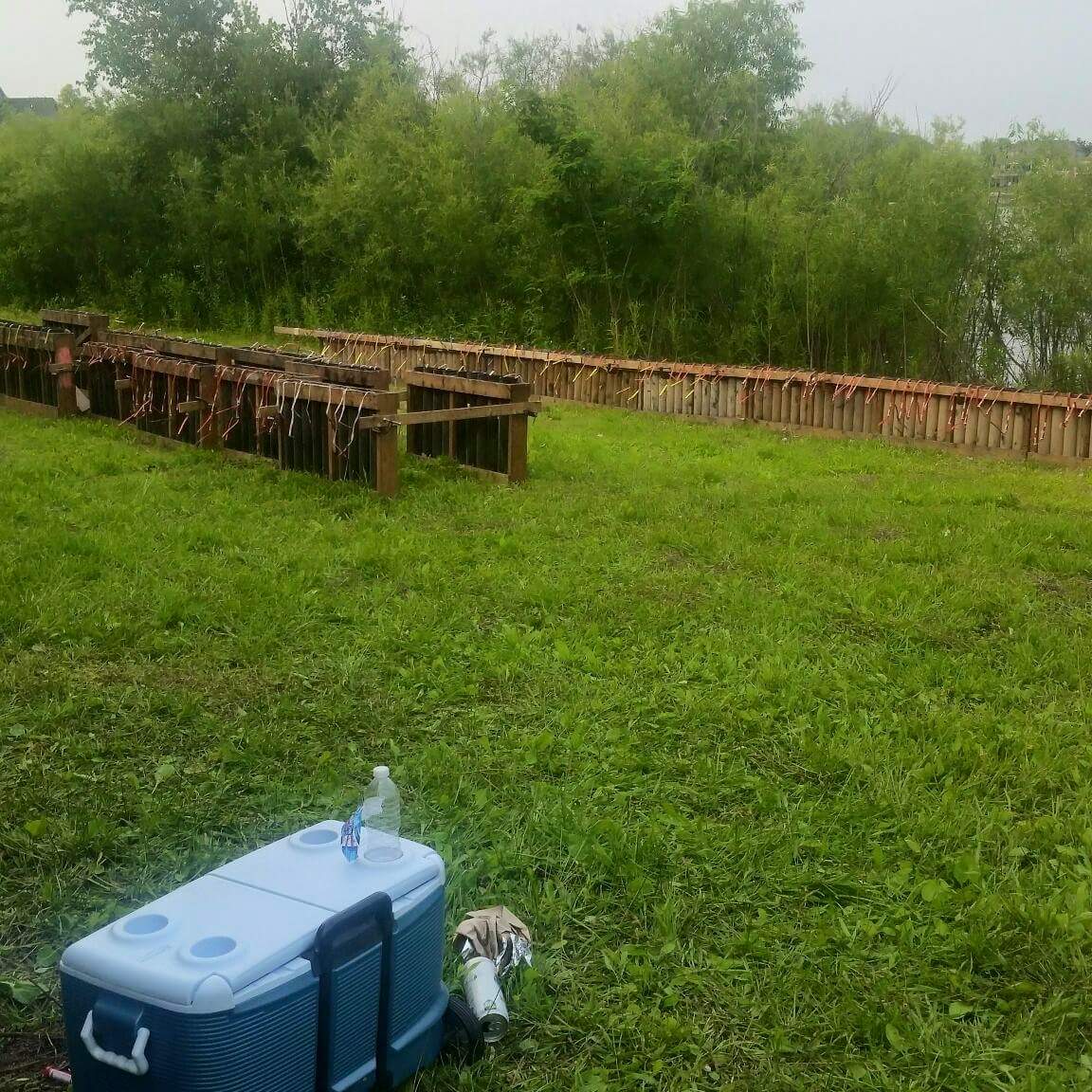 It is the one thing that I have continued to let tie me to my family because my kids have such a great time, and because of the amount of people there, it hasn’t been all that hard to avoid my parents.

This year I didn’t go.

I thought long and hard about it — for weeks actually — and in the end I took a look around at my life, and I realized something:

I was just telling Mr. Attorney Man the other day that I feel like I’m in a good place. I have a healthy son, a healthy daughter, a family built from friends, writing jobs that I love, a nonprofit that I’m proud of, a home that I adore in a neighborhood that I can’t get enough of, and I think maybe for the first time ever, I’m at peace.

I still have a lot of things to work through emotionally as you saw in my last post, I still have a crazy ex who I’m sure will keep me in and out of court until my kids are 18, and I still struggle financially, but that’s life. It’s never going to be perfect, but damn I never thought it could get this good.

I don’t have that college graduation, or the great wedding memories. Even the births of my children which are by far my most precious memories are somewhat tainted by the fear I felt in bringing them into a home with my ex. It’s like all of my definable life moments have been a moment built on trauma; my mother leaving, getting kicked out of the house, leaving college, a long series of surgeries, getting raped on my wedding night, finding out my daughter was sick, my husband disappearing, and so on and so forth.

But as I was trying to decide if I was going to go to this party or not, it really got me thinking about the last couple years of my life. Beating the mortgage company and getting to keep my house, that was big one for me; huge actually. It was the first time… maybe ever… that I felt safe and settled. Like I knew that I had a home that was all mine — no one awful had to live with me.

I’m really proud of that.

Or getting the letter that said my nonprofit was approved as a 501c3 charity. It was really big for me to be able to look at that letter and think “wow, I did this. I’m doing this. My life is not in vain because this is going to save lives.”

A few weeks ago I got an email from a well known company wanting to know if I would join their team as a staff writer, and even though I’ve written for large companies before, that was another moment for me because I realized that I beat my lack of education. I’m writing alongside people that have multiple college degrees and yet somehow, I fit in. It’s like all the shame of being under-educated is slowly washing away and I’m feeling a little bit of pride seep out.

So in looking back over the last several years of my life, I decided to forgo the party.

That’s not my life anymore; I have a new one, a better one.

In keeping with my theme of new traditions, we spent the 4th at a friend’s party. Do you remember the girl I told you about in the post “so freaking busy,” the new friend who I said I would to come up with a name for because I was sure she was going to be making an appearance on here again?

Well I haven’t given her a name yet, but I did go to her 4th of July party.

I have to say, the girl throws a good party! She lives in my neighborhood just around the corner, so not only did I know her, but I also knew many of the other people there, and my daughter’s best friends were there. And much like my family’s party hers has spread to multiple houses on the street — so many in fact that they closed the street off at both ends so that the kids could safely run from house to house.

Each house hosted a different activity: 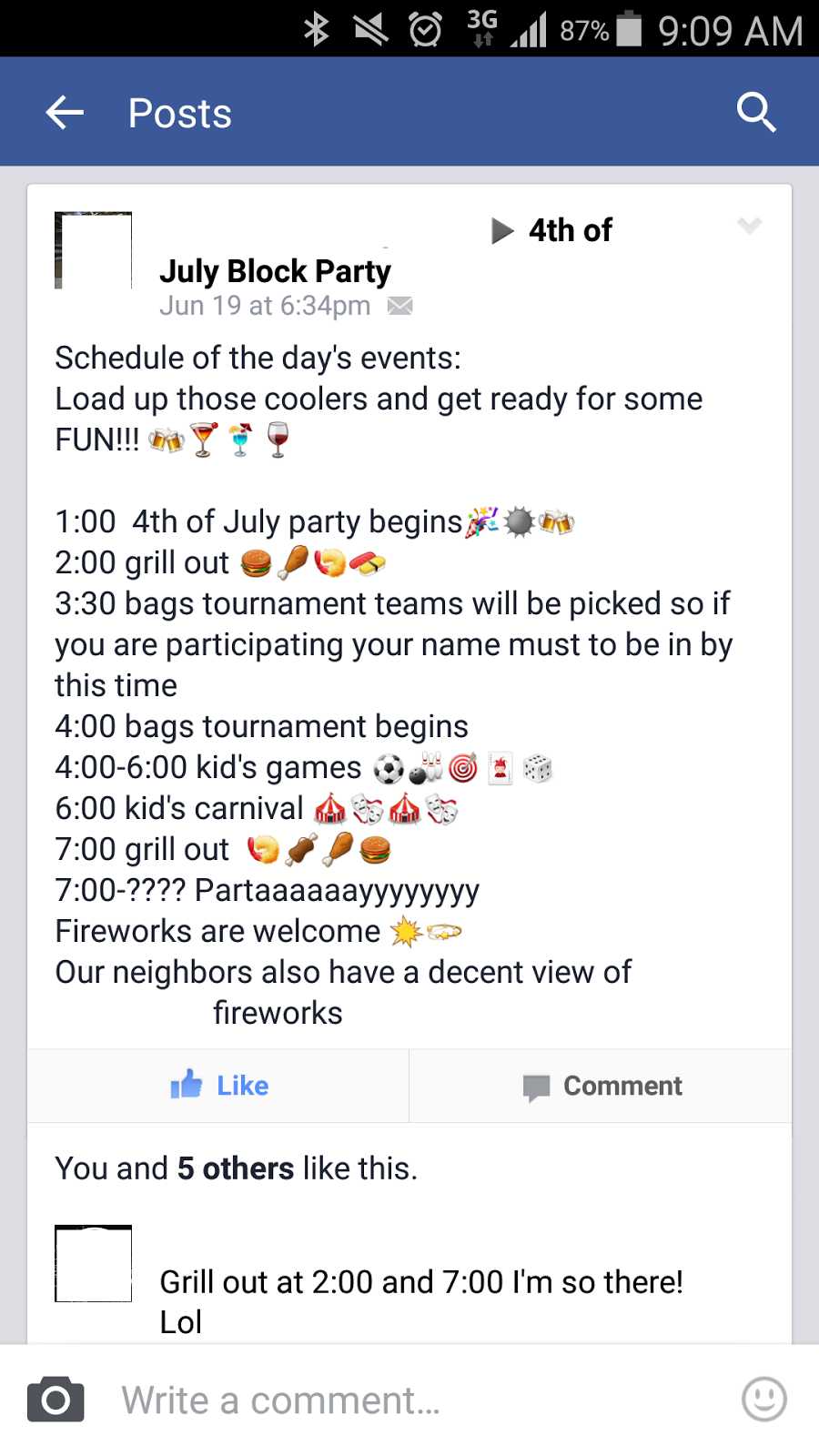 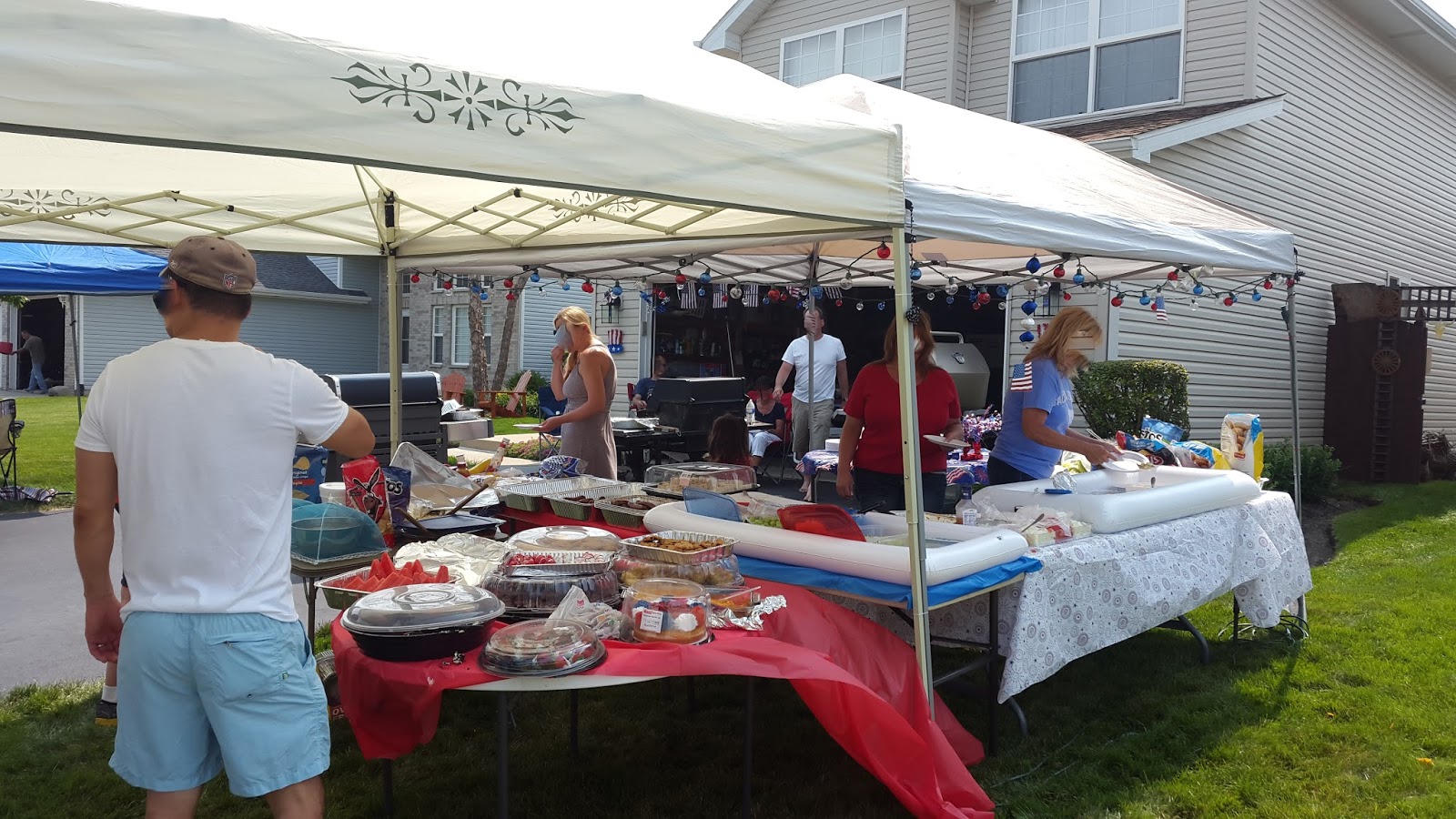 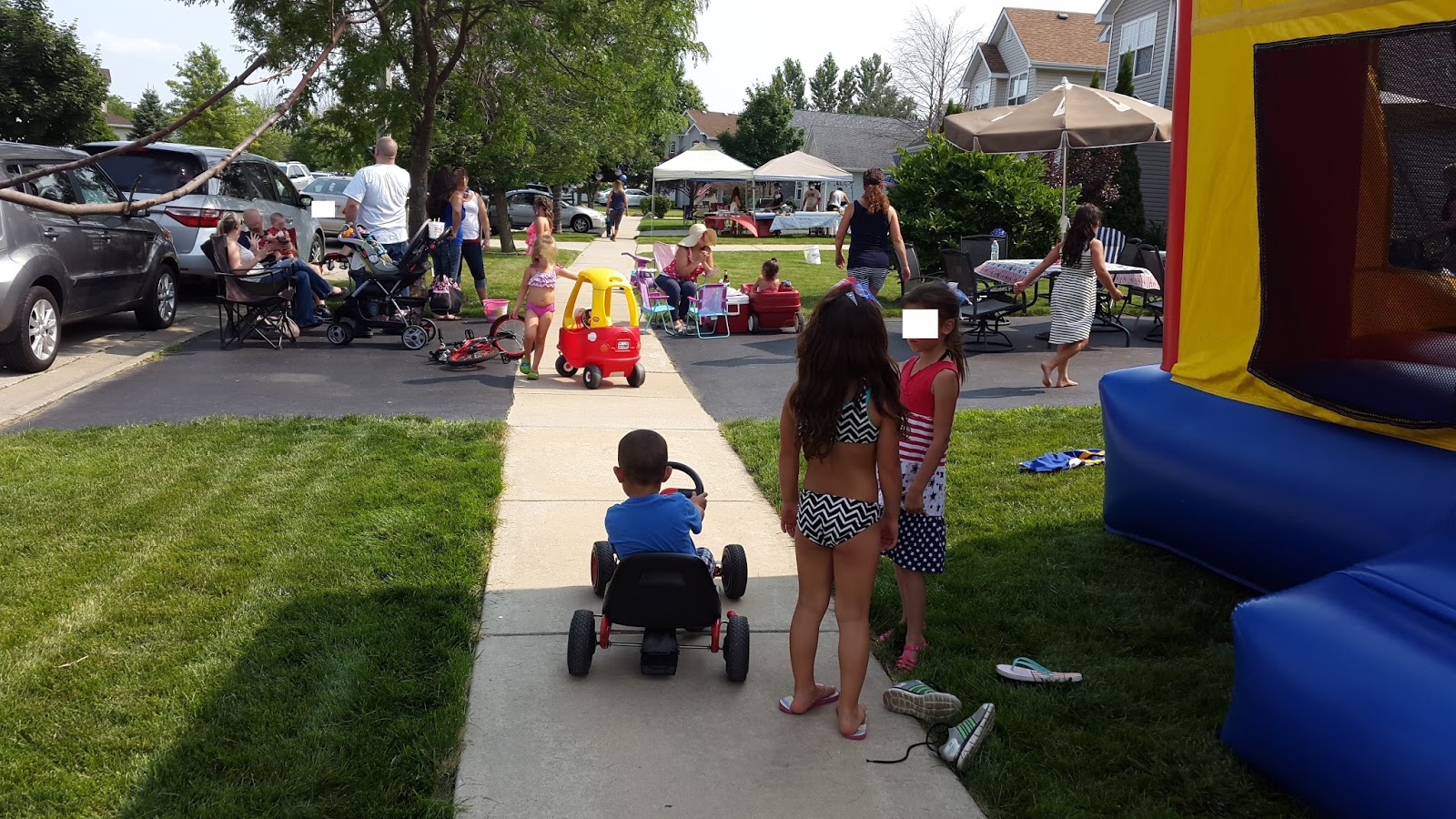 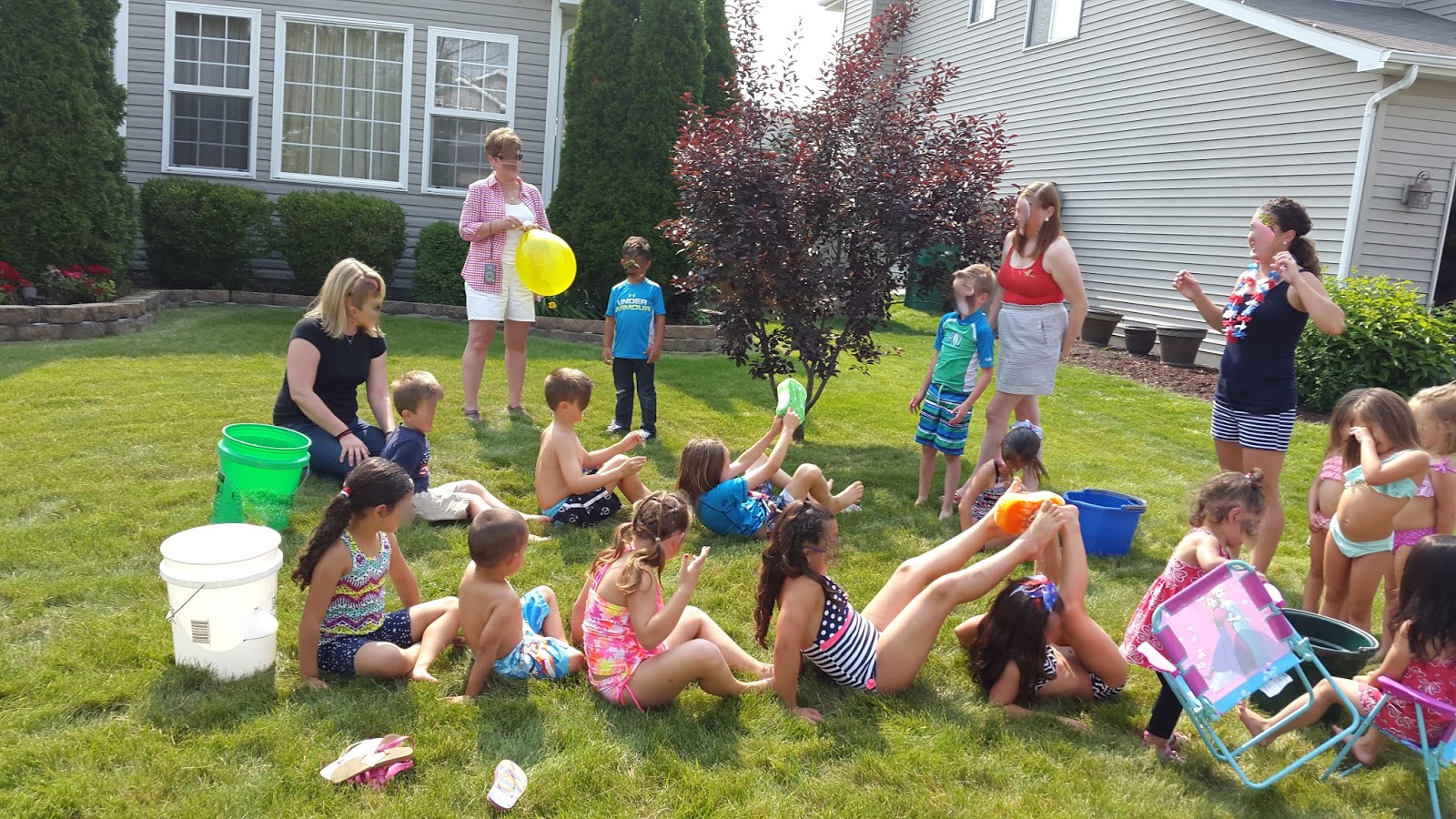 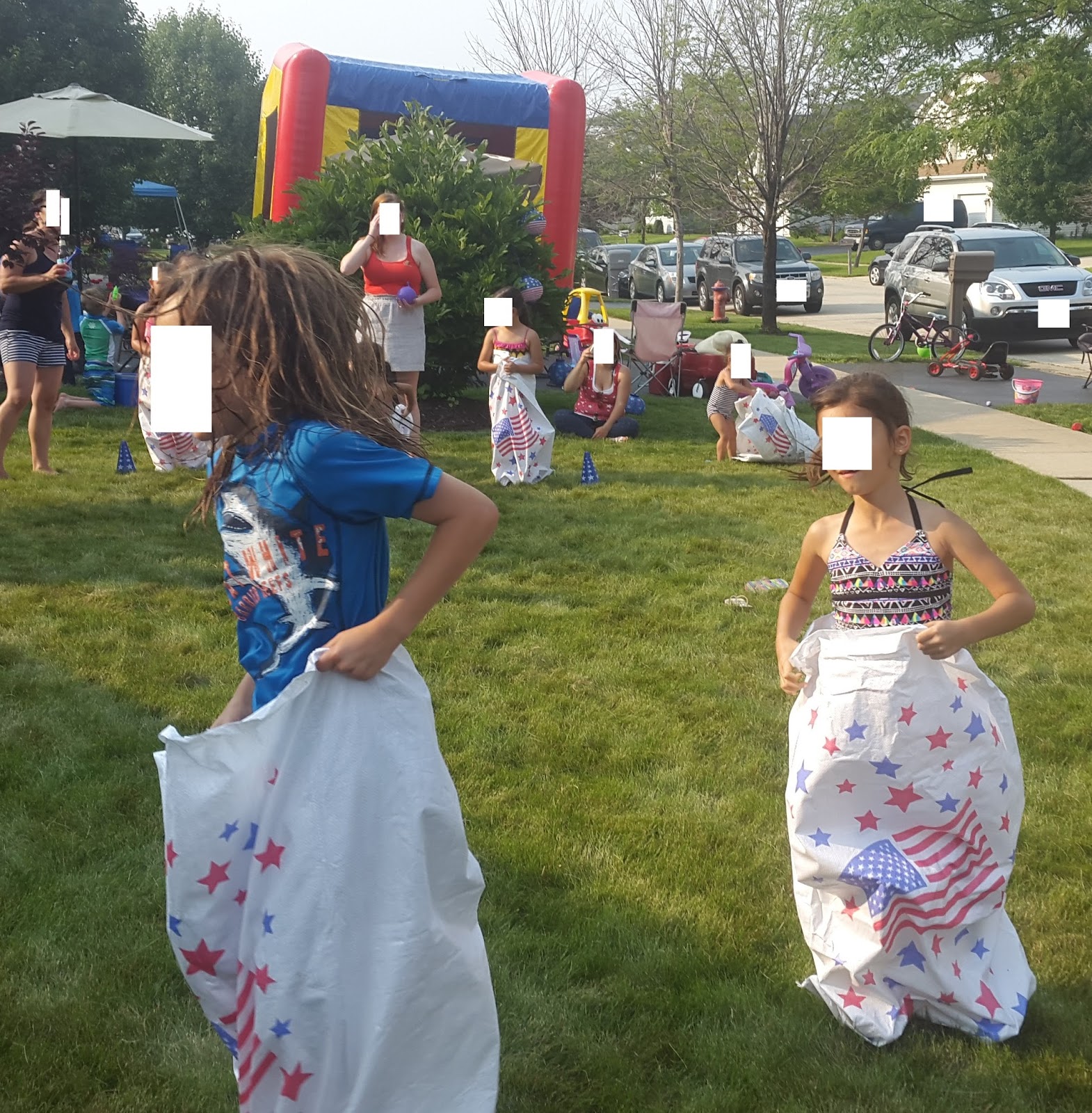 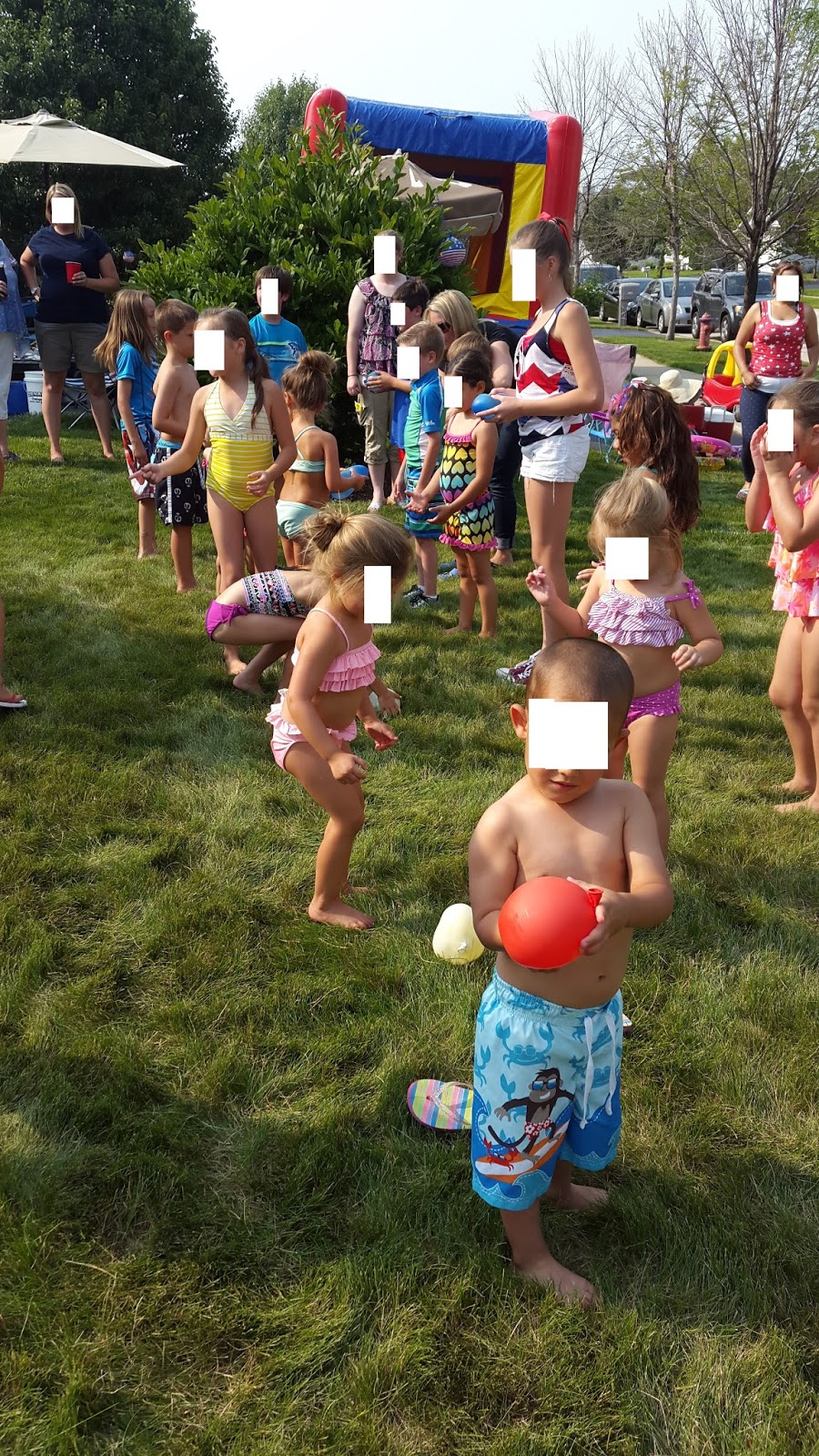 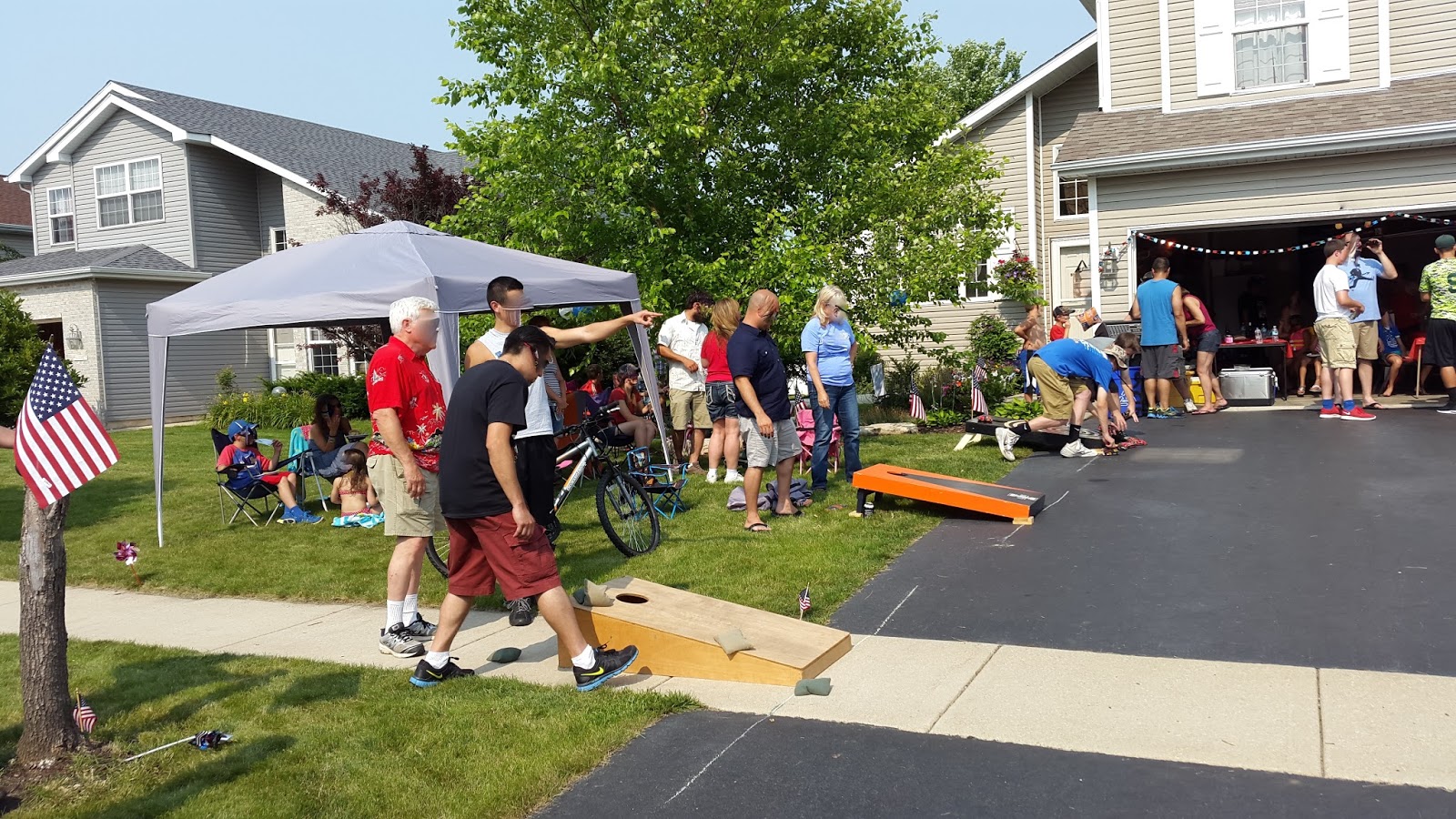 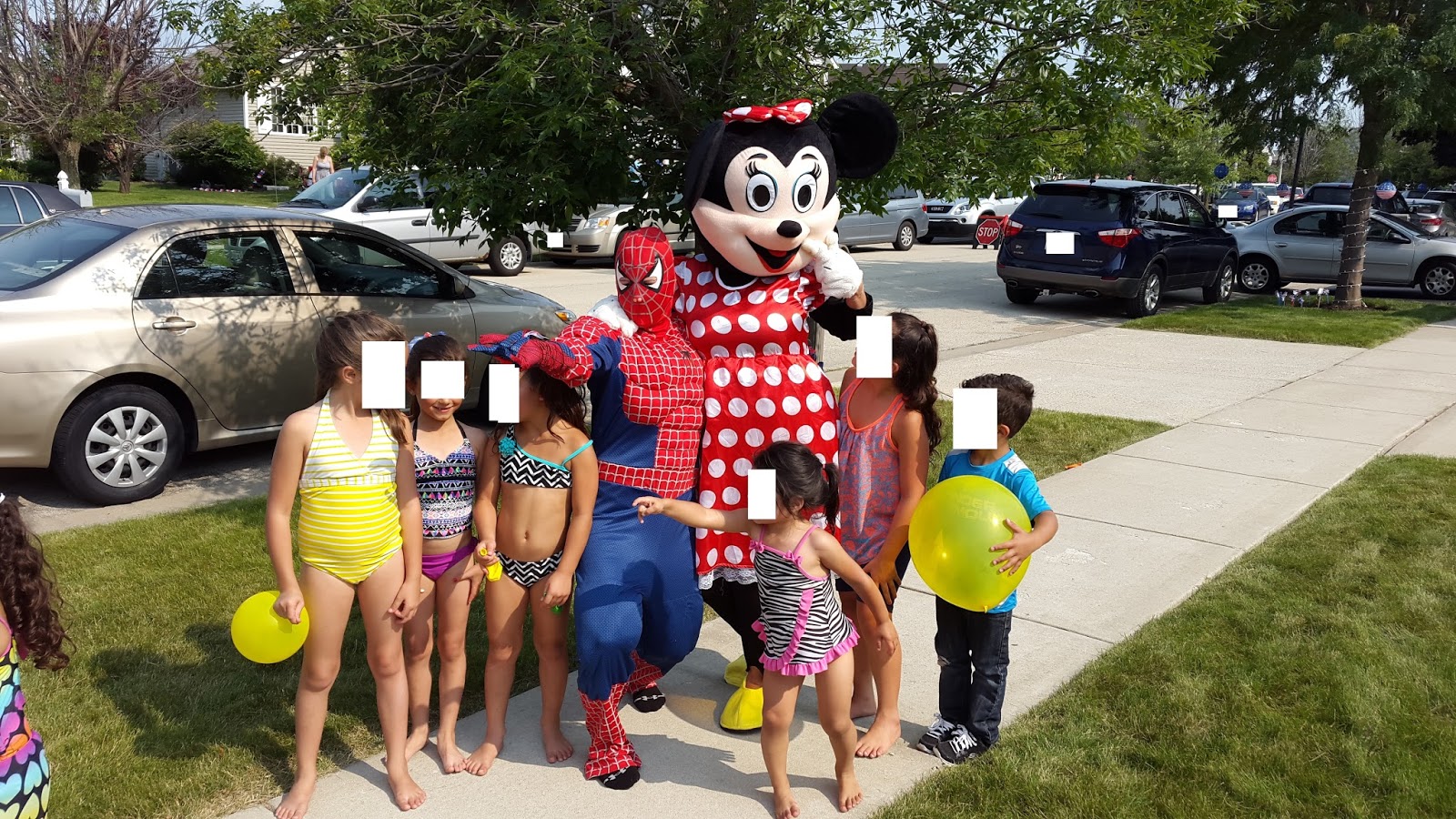 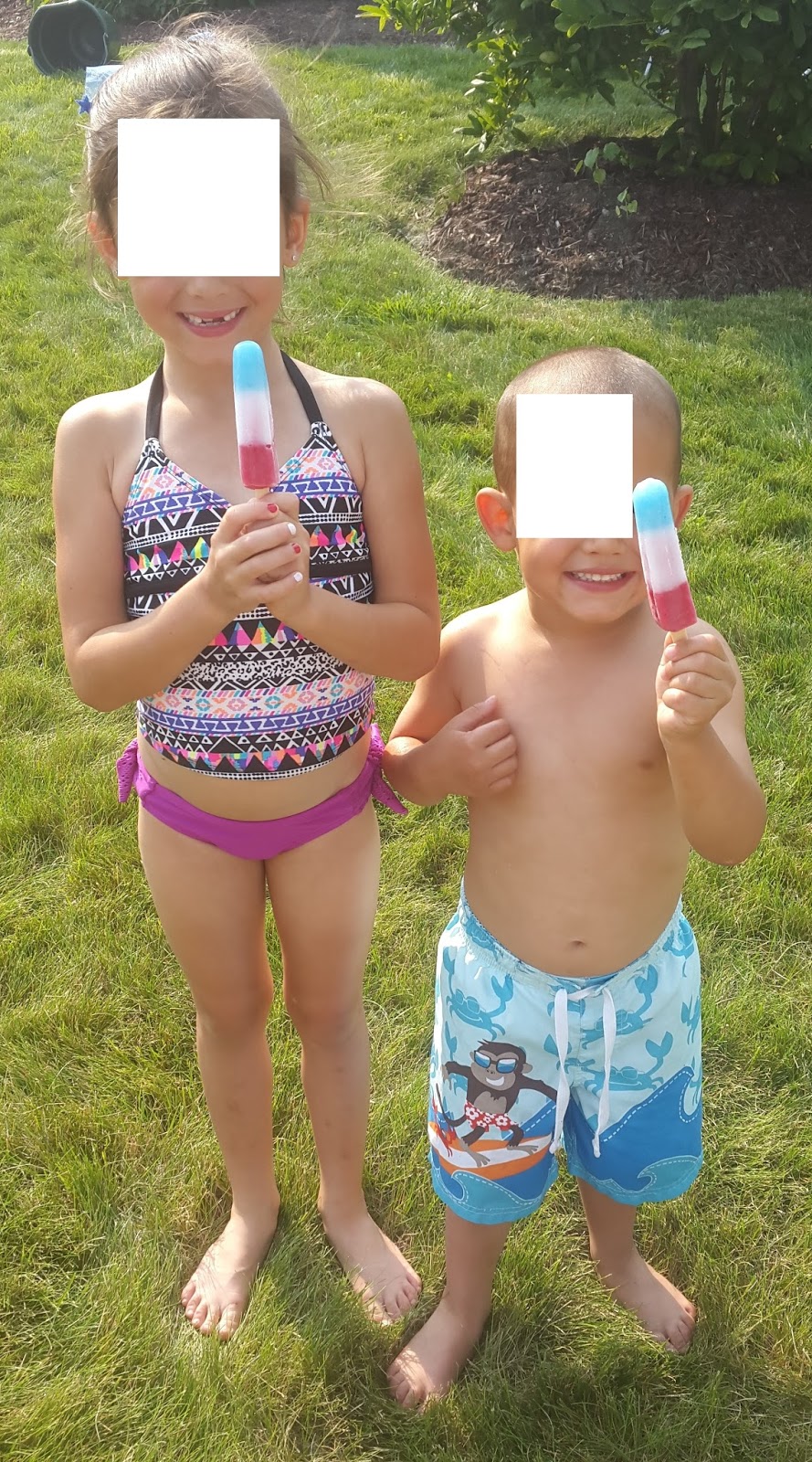 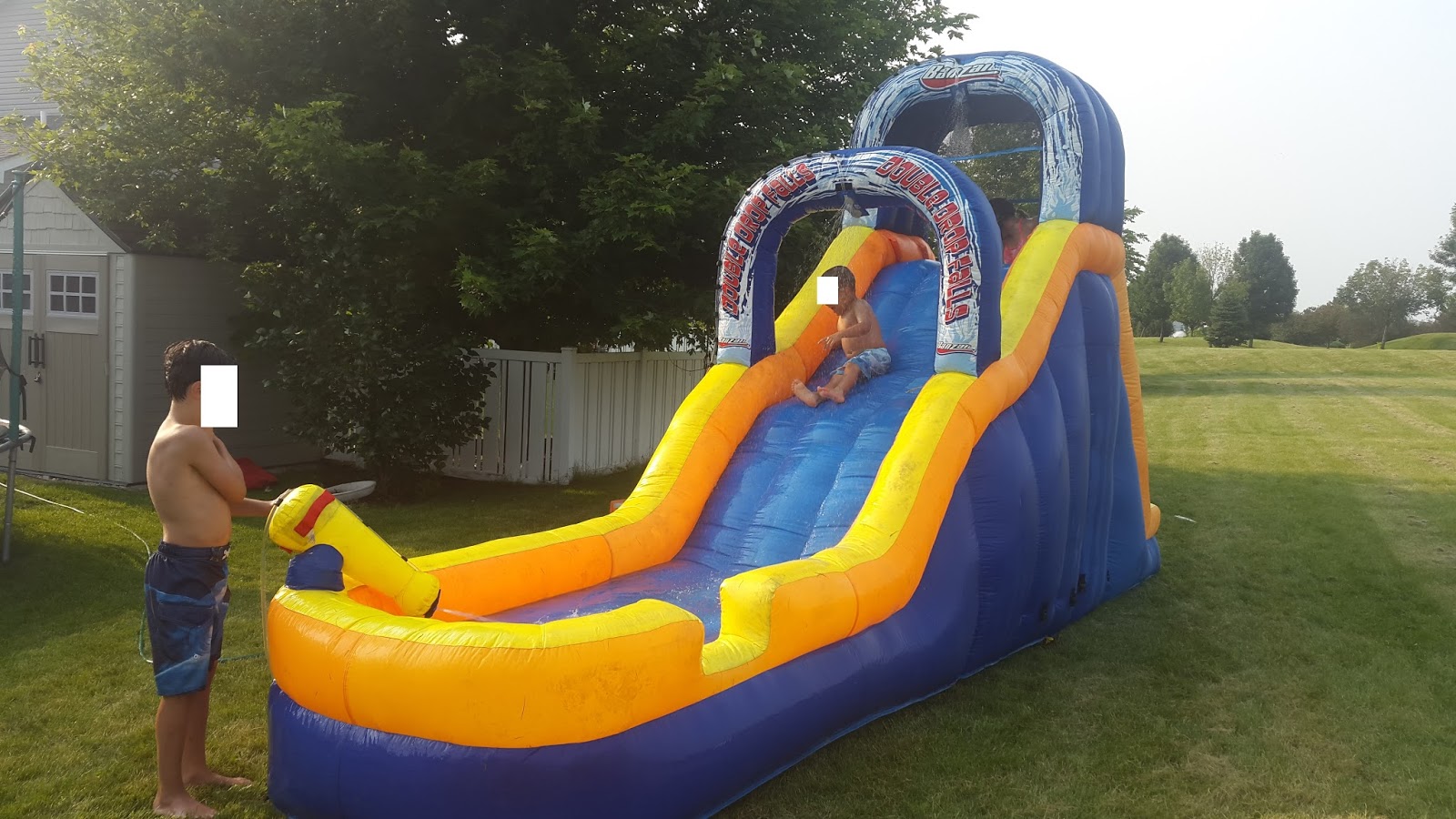 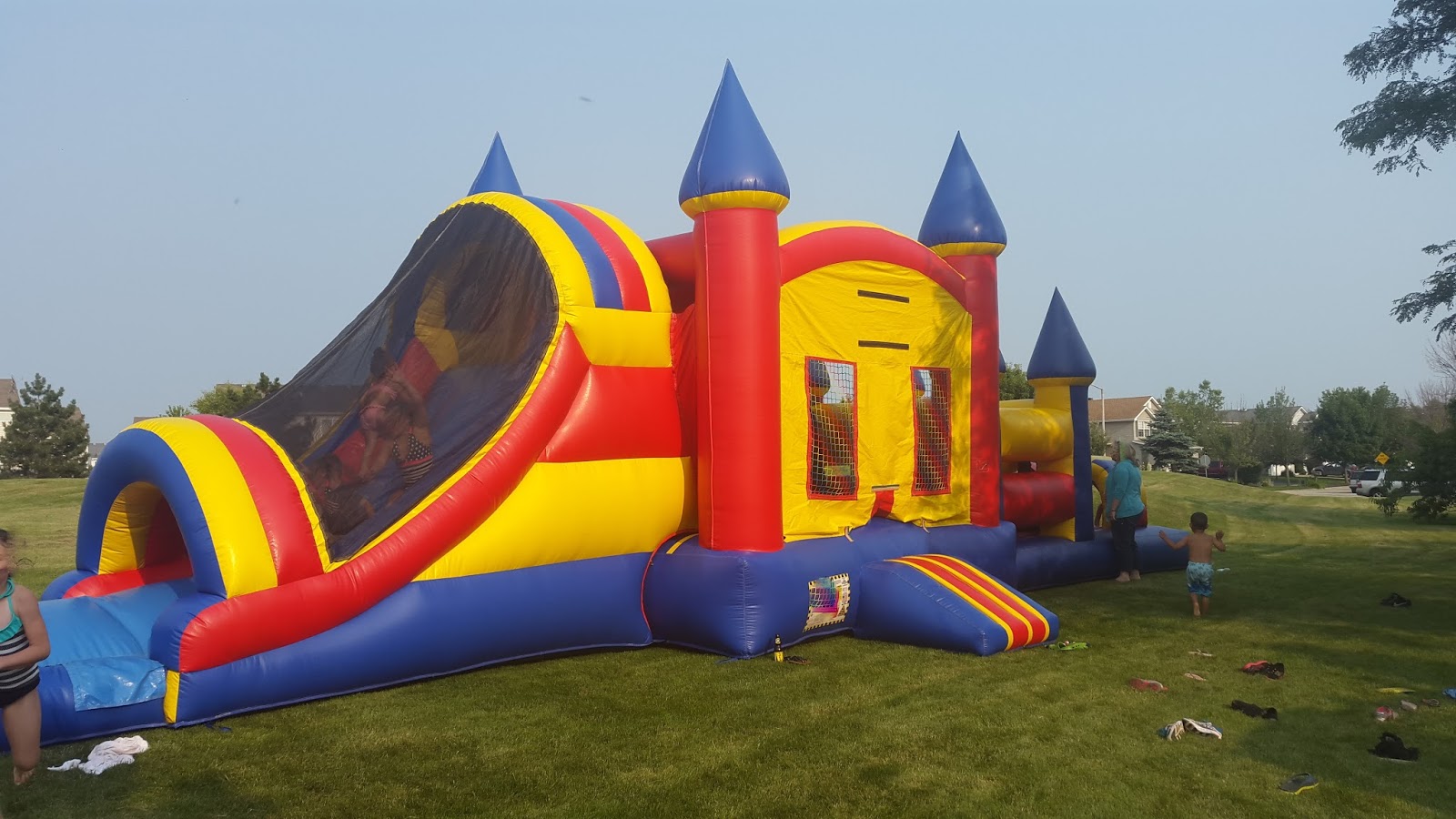 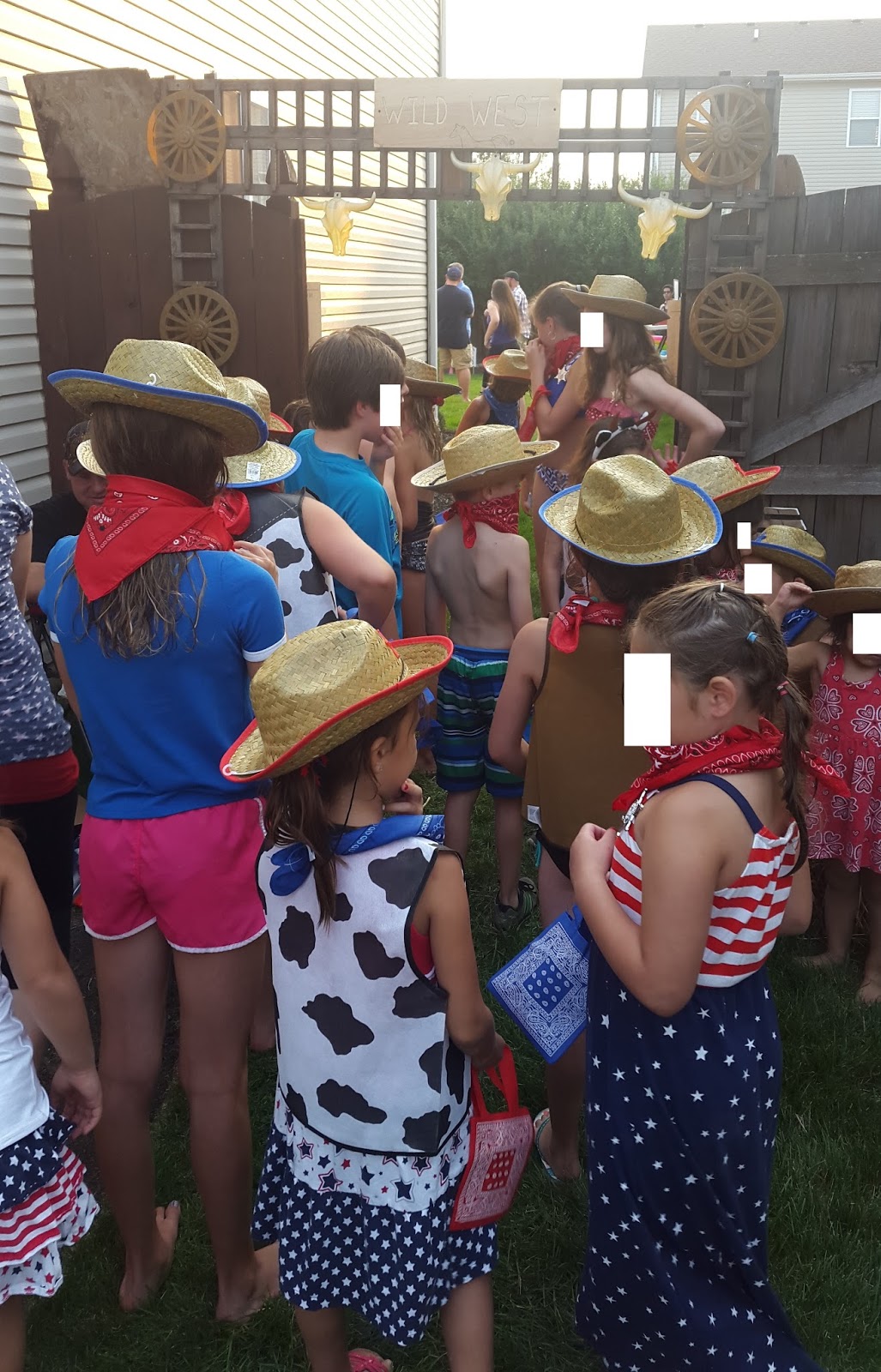 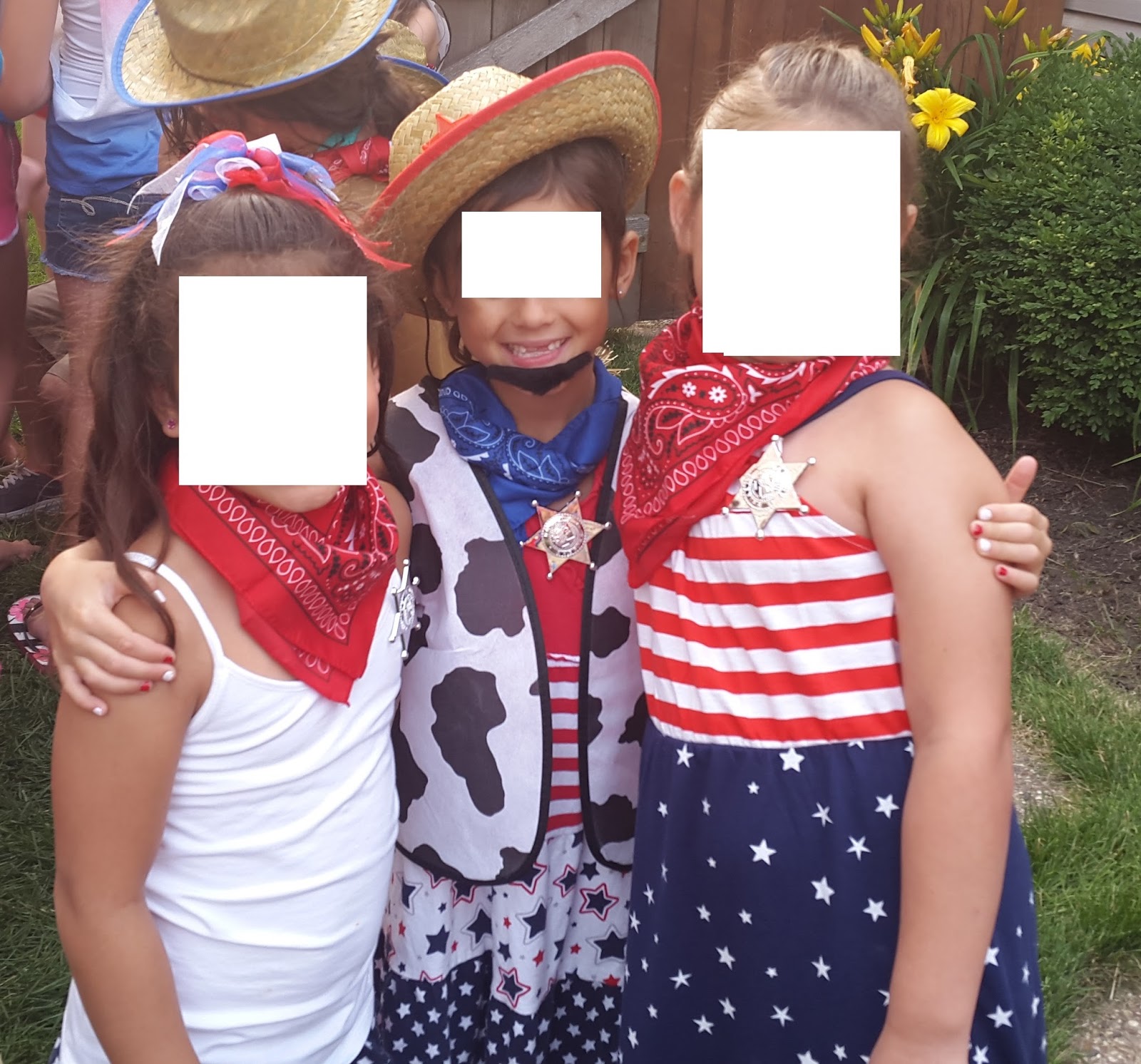 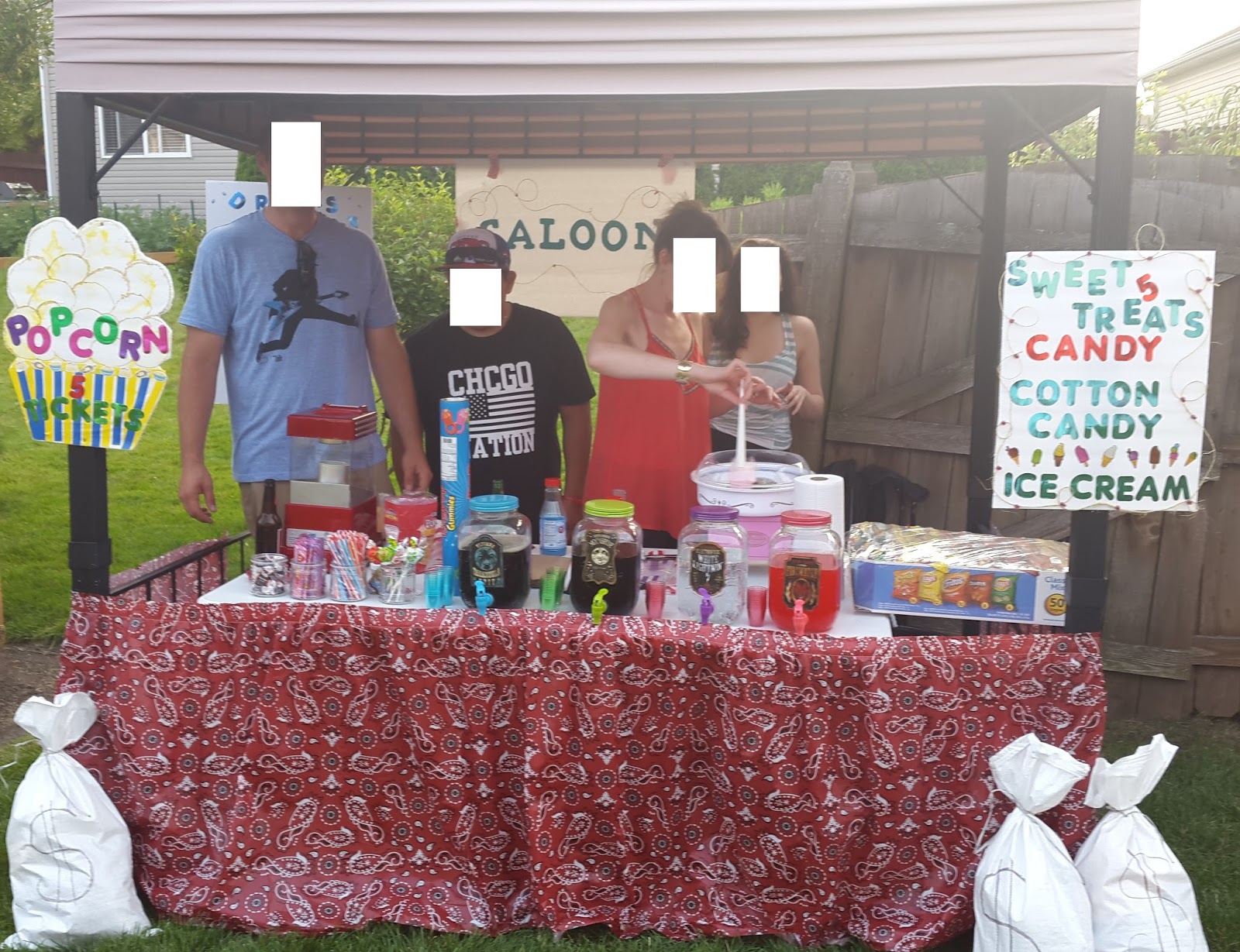 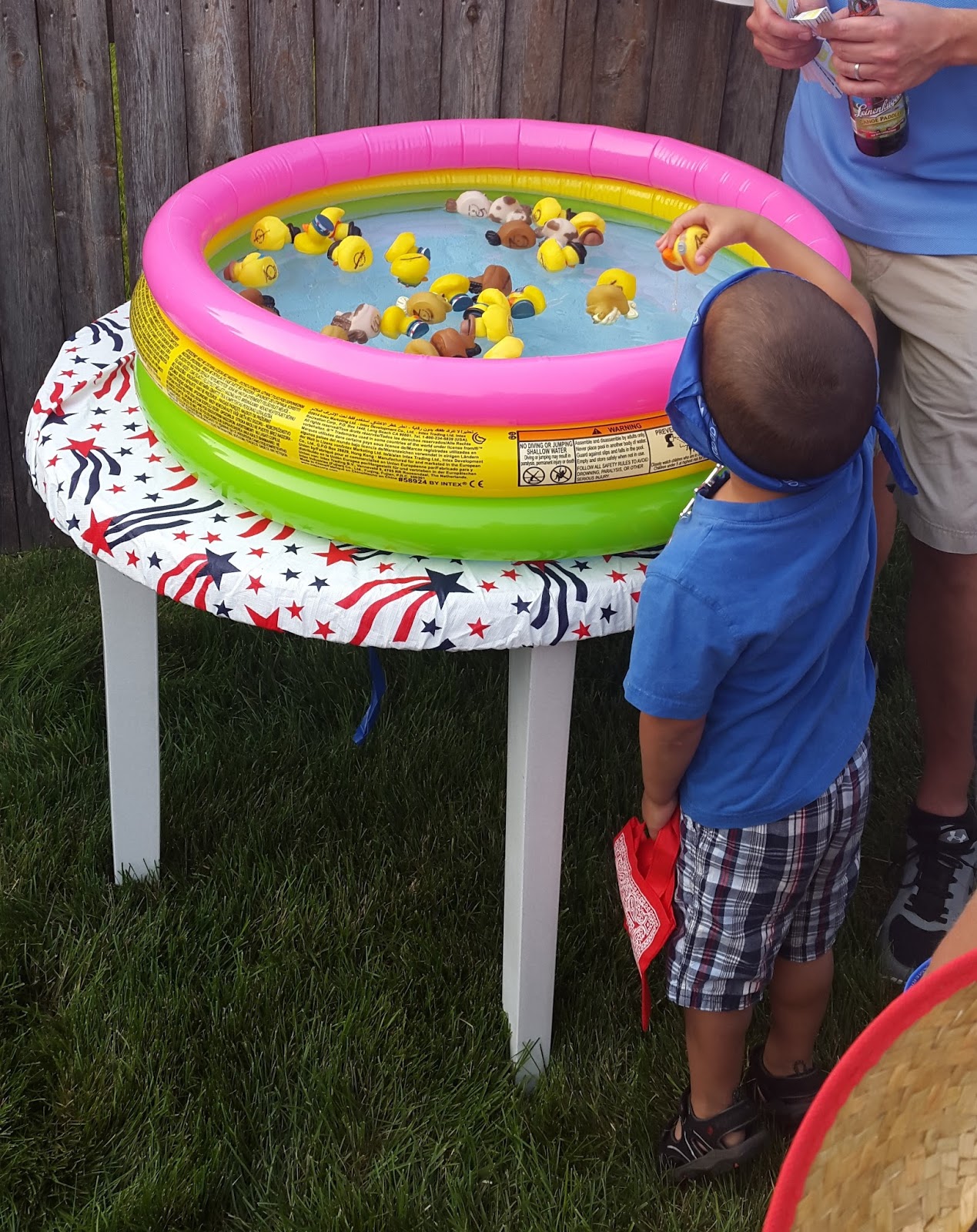 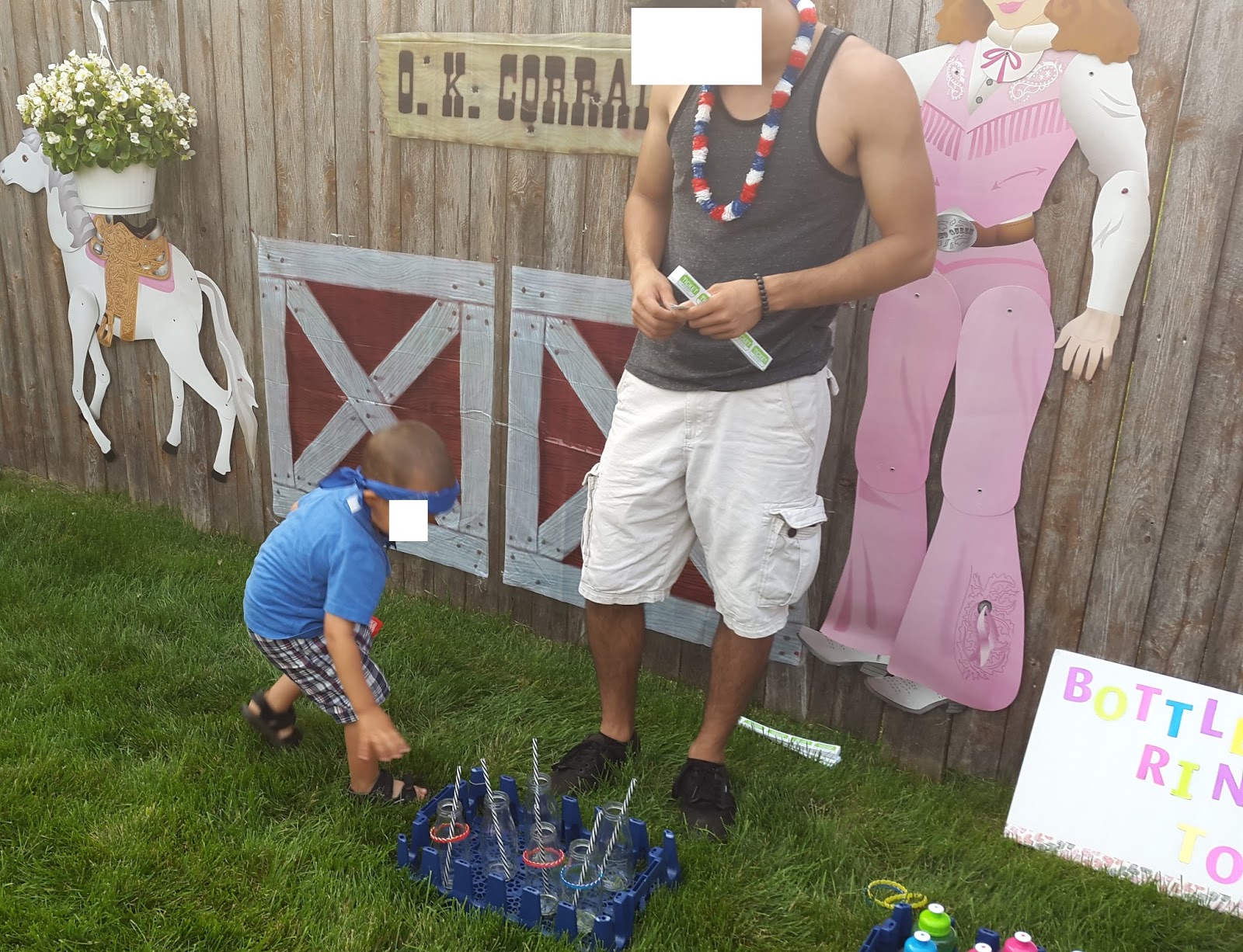 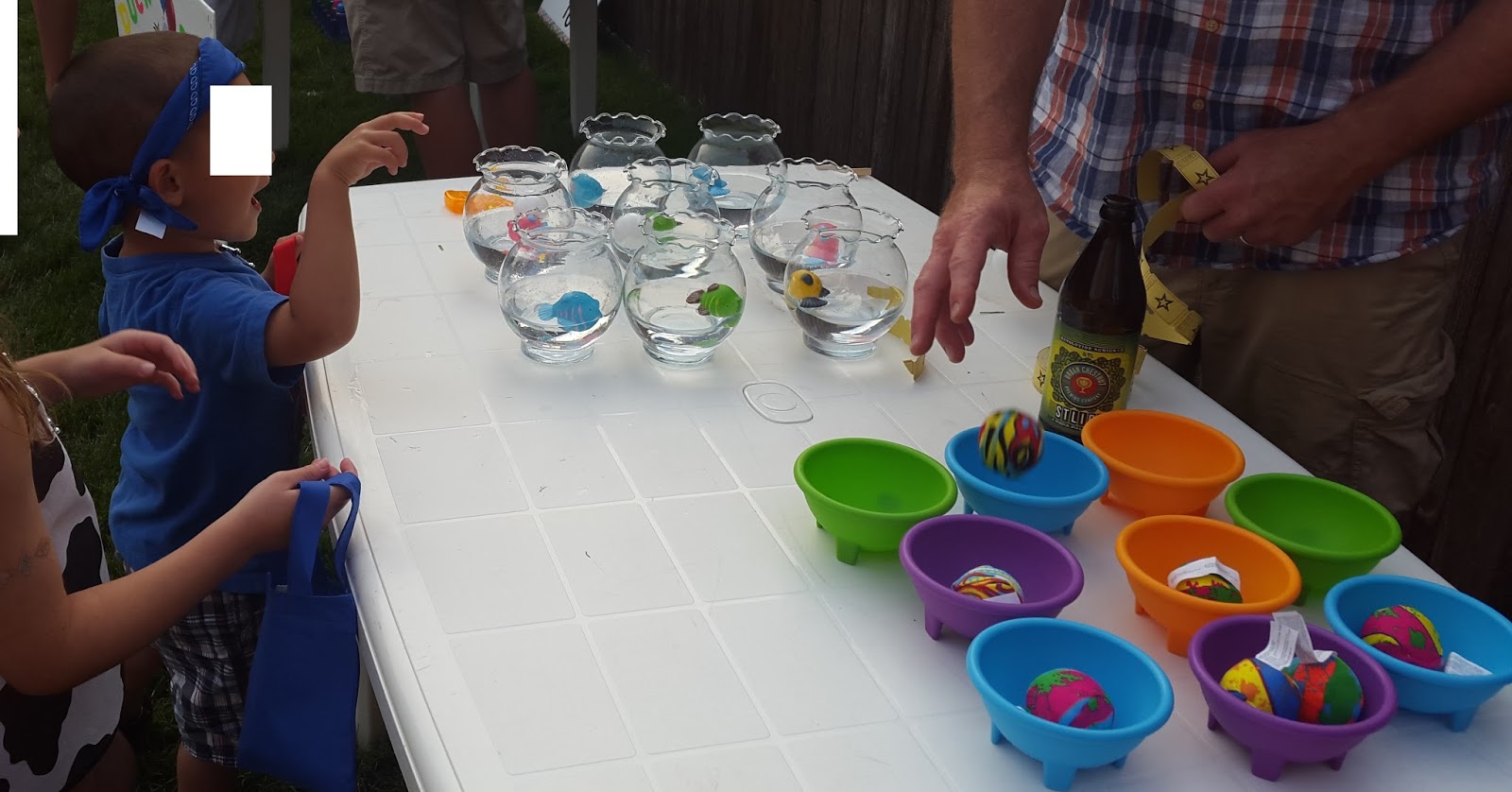 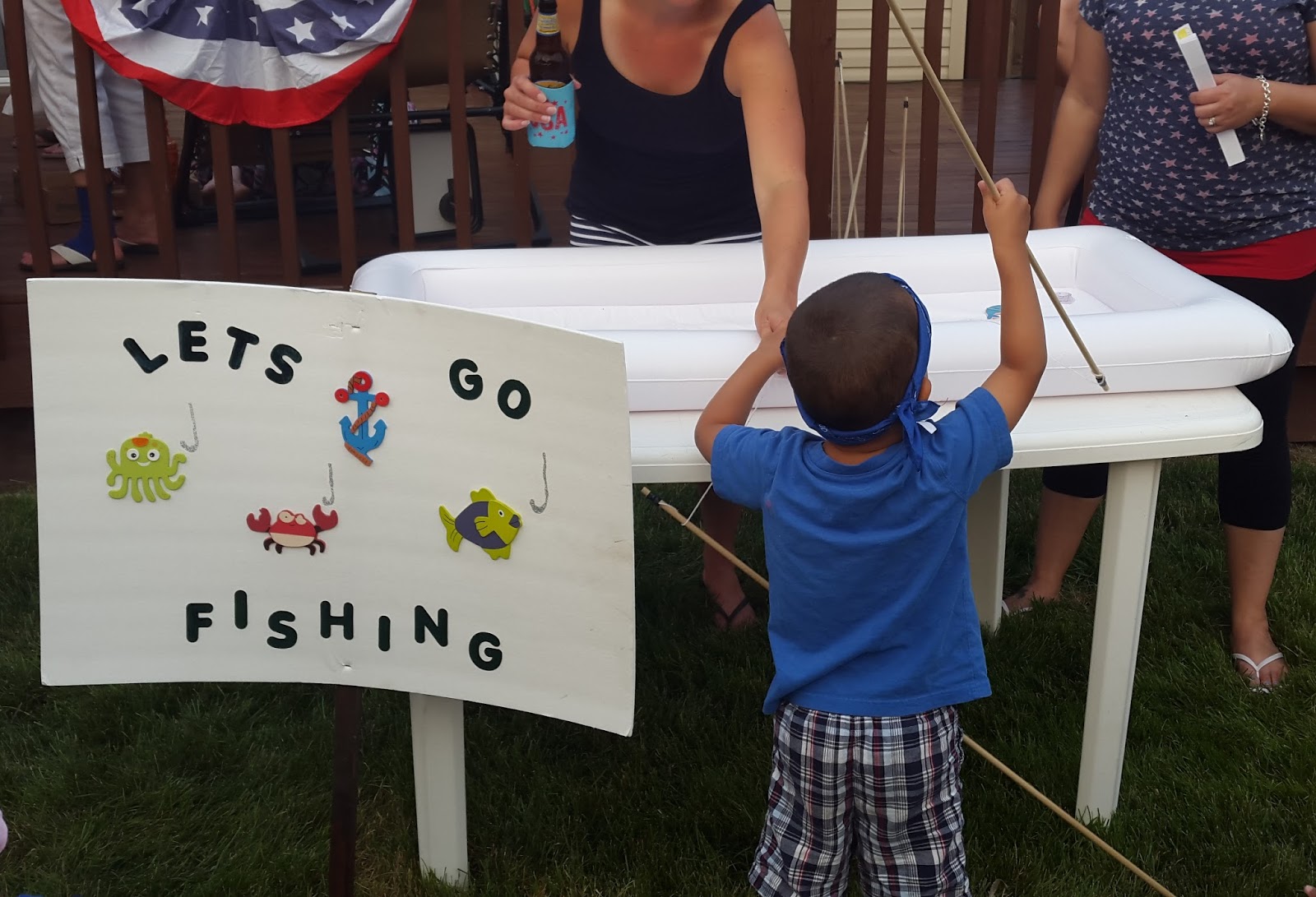 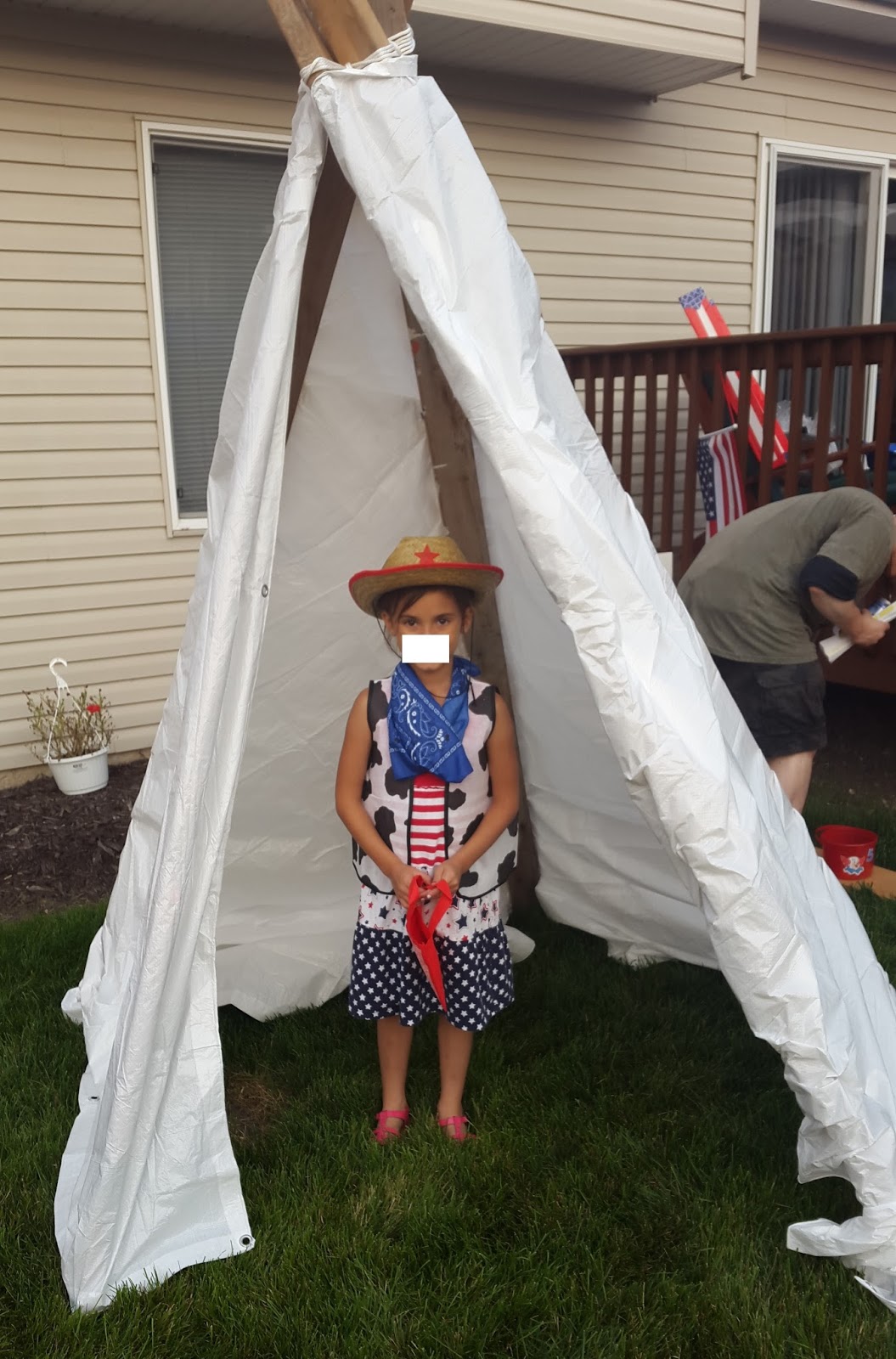 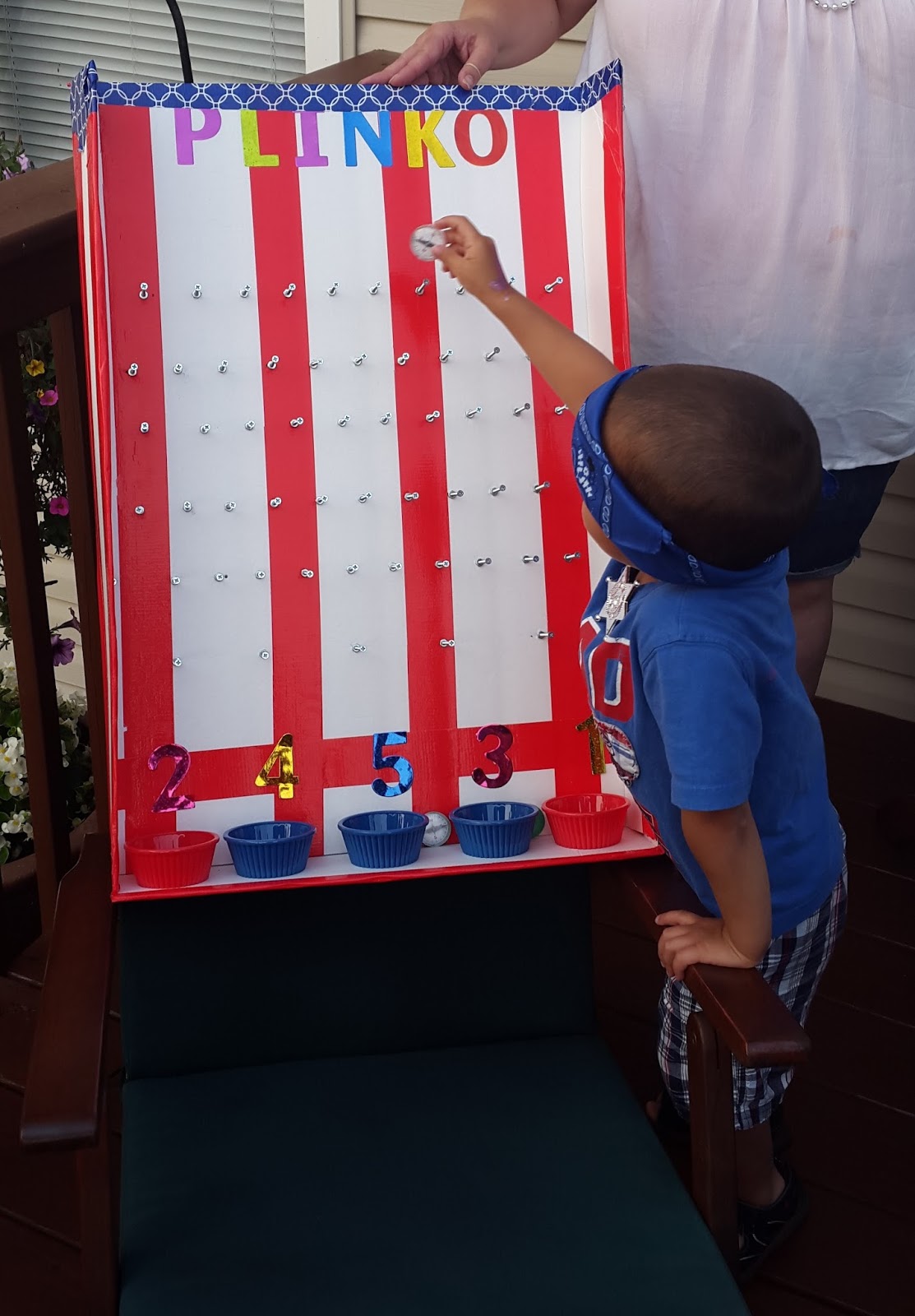 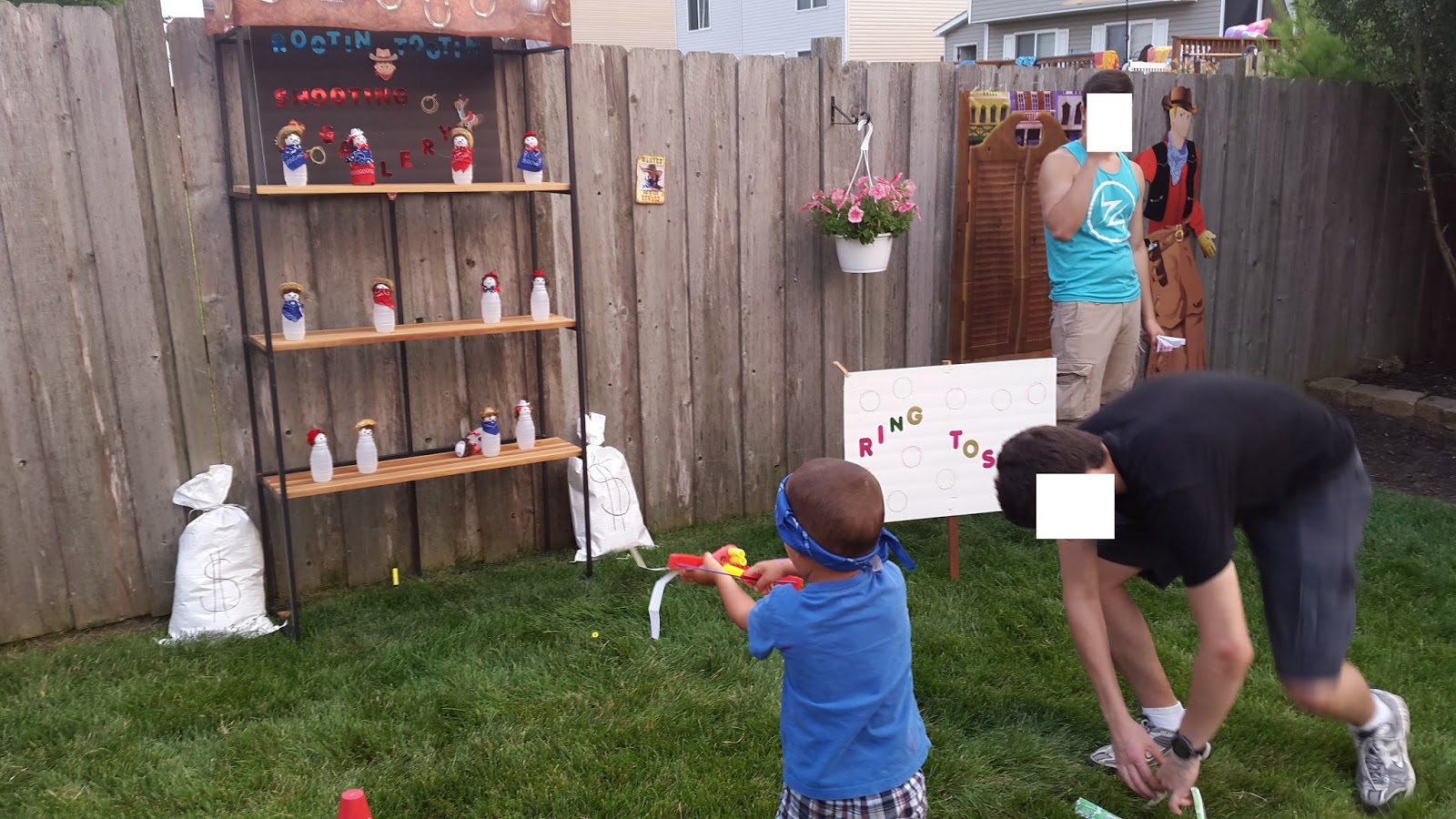 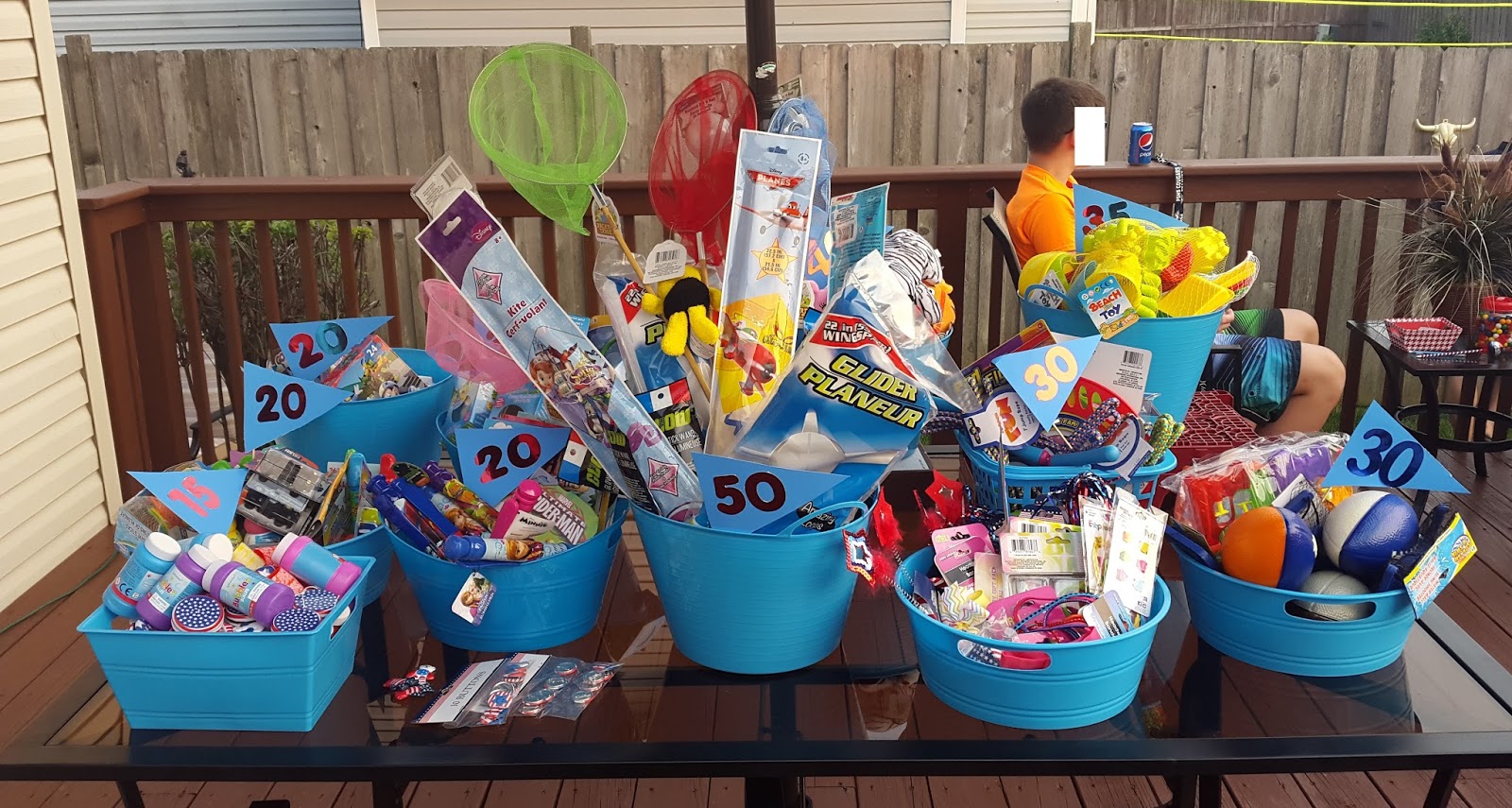 …and then my camera died before I got a picture of the DJ or anything that took place when it got dark.

It was great! The kids ran up and down the streets, the parents chatted, and when darkness fell someone hooked up a disco ball so that the whole street shimmered. The kids started collapsing onto the grass, covered in glow sticks, and clutching handfuls of cookies, and right then and there I had “a moment.”

I was looking around and thinking “wow, this looks like something out of a black and white TV show. A good old fashioned block party” and as I continued to mull that over, I remember thinking to myself “this is it. I’ve made it. I made it out of everything. I’m happy, my kids are happy, this is it.”

After all those years — my whole life really — I made it to the place I was always aiming for; safe, happy, and looking forward to the future.

Just then The Girl Child came up to me and she had an armful of snacks that she had purchased at the kiddie concession stand with her carnival game tickets.

“Mommy,” she said in her cute little voice that resembles Minnie Mouse more than a human being, “I got two of everything so that we each had some! I was thinking that we could snuggle together while we eat our snacks, because you’re my best friend!”

And that was the biggest moment of all.

I’m glad it was dark because the tears started rolling down my cheeks as the reality of the situation set in; proof that the fears I’ve harbored since the day my daughter was born — fears that most survivors of child abuse have — have been proven to be unfounded.

The cycle of abuse, it ended with me. I don’t know where it started but I know that it went from my grandmother, to my mother, to me, and in that moment, right then and there, I went from really hoping that it would end with me, to confirming that it had in fact stopped with me.

If You Liked This, Read These Relevant Posts!

“I Saw My Mother”