Do You Remember That Time You Finally Told Your Ex Mother-In-Law Everything You Have Ever Wanted To Say About Her? I Do. Because It Was Today.

So it finally happened people. Now let me tell you, it was a looooonnnnggggg time coming. I have politely kept my mouth shut, nodded and smiled for the last 12 years. Today though, today I exploded. Now give me some credit that I didn’t yell, I’m not really a yeller, but holy hell, the pure venomous vomit that spewed from my mouth towards her may have burned her face off. Yikes.

Example #1. She once called me, all excited, because there was a minor fender bender outside of her house, and she was sitting in a lawn chair, IN THE STREET, eating cookies, so that she could get a better view.

Example #2. One time we were going to a pumpkin farm and you had to cross the one lane dirt road from the grassy parking lot to the actual farm. She was afraid that someone might come flying down the road (I mean hello, you could only see 30 miles down the road in both directions, so you just never know when a car might be coming at 450mph and just run you right over), so she called the police and asked them to escort her because there was no cross walk. 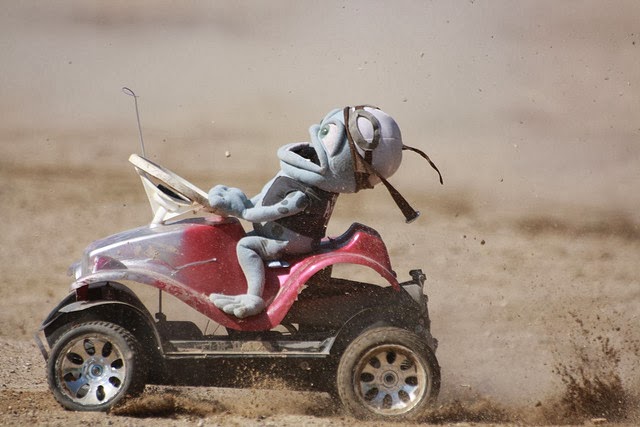 Example #3. Once a month she sends me a box of crap. I feel qualified to call it a box of crap, based on the fact that it is, in fact, a box of crap. My last box contained 30 boxes of clearance valentines cards, 4 economy sized boxes of expired fruit snacks, an egg white separator, jello jiggler cookie cutters from the year they were invented, a 15 pack of scissors, cat food (I don’t have a cat), KY warming jelly, and a pair of her old pants with a note that explained they were incase I gained 60lbs. I seriously could not make this shit up.

So I’m calling it like I see it, the lady is a whack job.

Anyways. So the whack job and I have always had a strained relationship. Never any harsh words, I’ve just never liked her, and because I am used to letting people walk all over me, I never did anything about it. She, in turn, blamed me for everything. I will now illustrate this point with three more examples.

#1. The spawn of satan failed his life insurance test because drugs showed up in his system. I called the whack job and told her that the spawn of satan was in trouble and needed help, and she told me that I should be feeding him more. She then started bringing frozen meals over to my house with little notes that said things such as “Mommy will take care of you since your wife can’t.”

#2 The spawn of satan lost like 80lbs and his teeth fell out. I once again called the whack job and begged for her help. She told me that she had seen him and was really worried about him as well and that maybe if I dressed him more appropriately for work and had a better dinner on the table when he came home, that he wouldn’t look so homely and wouldn’t be so stressed. She then started calling me every night with a weather update and would tell me what to dress her little spawn of satan in the next day.

#3. I realized the spawn of satan was cheating on me, was definitely on drugs, had stolen $23,000 from his company, that he had hit our son, and that I needed help. (I did not tell her that he was hitting/raping me) The whack job started crying and told me that I had failed him as a wife.

You guys, I am so stupid. I TOTALLY BELIEVED HER. The more I talked to her, the harder I tried. I wasn’t just making dinner, I was packing him lunches and sending him off with a hot breakfast. I was putting extra changes of clothes in his truck. When he got home from work I was setting everything he needed out in the bathroom so he could take a shower and the entire time he was using me like a punching bag. The harder he hit, the harder I tried the next day. 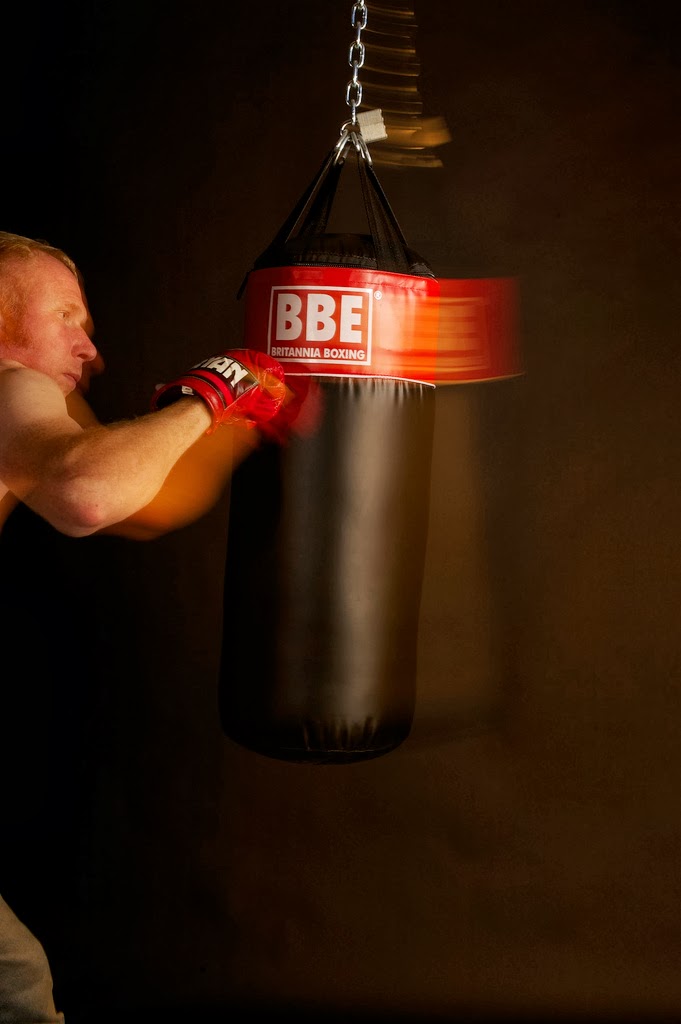 Now for those of you whom have not read my back story, my ex husband literally just disappeared one day. Didn’t come home, drained the bank account, left his work vehicle and phone at his job (which he never returned to), took a cab to his parents where he stole several hundred dollars and their car,  never came back for any belongings, and with the exception of a few phone calls I received, no one ever heard from him again. I now know he is living a few towns over dealing drugs and living with his girlfriend.

So here we are a few months shy of two years later and I have learned quite a bit about myself. I realize now, that the way I grew up, being told that I was worth absolutely nothing, allowed other people to do the same thing. When you grow up you realize which people are dangerous and which people you should not have in your life. You learn which people to avoid and you learn how to set healthy boundaries. I never learned that, so when other people see danger in someone, I let them in, let them set up camp, and let them walk all over me, because to me, its familiar territory. I was never equipped with the correct tools to read other people’s behavior and filter out what is and is not appropriate. I believe everything people tell me and to this day I still struggle with that. In my mind, its never been anyone else’s fault but mine. Until now. I’ve recently come to realize that I need to let some of these people go. By nature, I like nearly everyone. I see the good in people, and I tend to ignore the bad. While that sounds all fine and dandy, it’s downright dangerous. I ran from an abusive childhood into the arms of an abusive man, raised by an off kilter mother. Directly from my marriage I ran into the arms of another person who was only out to take advantage of me, and I became best friends with an abuser next door. What the heck is wrong with me? I don’t just make a mistake once. I make it a few times juuuuust to make sure. (Slaps forehead). I have unconsciously been seeking out people with abusive personality traits because it is what I understand, it’s familiar to me, and it needs to stop.

So here I am, thirty years old and I’m finally setting some healthy boundaries for myself, which is great, but it also poses a problem. How do you do that with people who are already well established in your life and are already so very far over your boundary lines?

Well…. Sometimes it plays out a little like this.

Whack job calls me, I answer.

Her: Hi. It’s me.
Me: Hi.
Her: As you have noticed, I haven’t been calling you lately.
Me: Yes, I’ve noticed.
Her: Aren’t you going to ask why?
Me: Ok, why haven’t you been calling me lately?

Her: Because, I have just come to realize lately how angry I am at you. I don’t get to see my son anymore. It was his birthday last month, and you didn’t even call me on his birthday.

Me: Well, I thought about him on his birthday, and quite honestly, I wasn’t sure how to handle that. I didn’t want to upset you.

Her: Well you did. I’ve been trying for a year now to act like everything is ok between us, but I just have to tell you that it’s not. I am so angry at you.

(Now let me interject for just a minute here to let you all know she tells me EVERY TIME we talk how this is all my fault, but I don’t argue with her because you really only defend yourself to the people who’s opinions you value. Hers is not one of them. Plus, its kind of hard to argue with crazy.)

Her Still: If you had taken better care of him, I would still have my son. He had to leave and find someone else because you couldn’t give him what he needed. I am so angry with you!!!! (Now she is yelling.)

Now I start out being nice, but somewhere along the line I realize how angry I am and all hell breaks loose in a vomit of overly harsh words.

Me: I’m sorry that you are hurt, I know that you miss him, and I know that it is hard for you. But quite frankly, I’m angry with you too. I’m tired of being blamed for the choices that he made. He is a grown man, capable of making his own choices, and he made them. If I was so horrible, he was free to leave me, but he didn’t. He left all of us. He left me, and his kids, and he left you. Now as much as I’d like to blame you for all of his problems, I am fully aware that kids make choices that don’t necessarily reflect the things that we have taught them. But I am also aware of the fact that you seem to be living in denial land over there. If I didn’t take good care of him, why didn’t he just run back to you? Have you heard from him? No. Because he doesn’t give a shit about me, he doesn’t give a shit about his kids, and he doesn’t give a shit about you! You know what every marriage counselor we ever saw said to us? That he has no sense of responsibility. That he thinks every bad choice that he makes is because of someone else. That he believes nothing is his fault, and that nothing is ever wrong because of him and look how that turned out!? He threw us all away like garbage and feels no sense of responsibility to any of us. For that, I blame you! This is your fault! You are constantly telling me why everything is not his fault, why he did nothing wrong, why he is perfect. How well did that turn out for you? It was your job as his mother to prepare him to be an adult and you failed. You gave him to me all broken and incomplete and then you expected me to fix him. Well I couldn’t! That wasn’t supposed to be my job. So you want to talk about being angry? I’m downright livid with you! He has destroyed the lives of three people over here and I blame you! Every day I wake up and I know that that my life and the lives of my kids will forever be made harder because of the choices that he made, so if you want to blame someone for the choices that he made, blame yourself! It was your job to grow him into a man and yet he acts like a child. I don’t take this shit from my parents anymore and I’m certainly not going to take it from you.

And with that, I hung up.

Please see also: Watch out people, I’m cleaning house over here and I’ll be happy to sweep your ass right out.

Again, I’m probably going to hell. Send me a postcard. 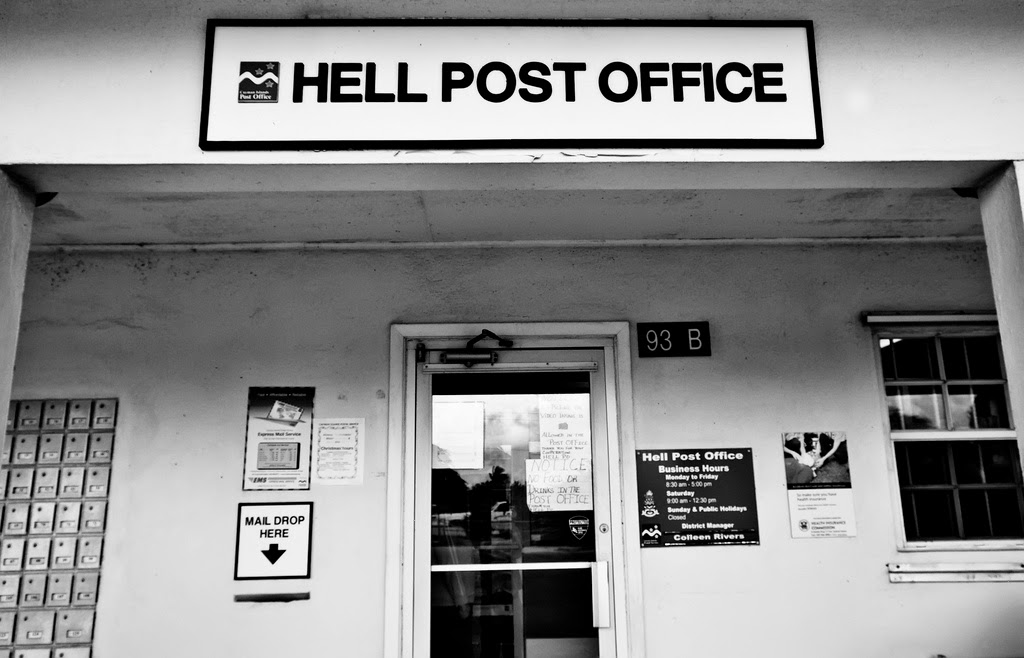 That Time I Found Out I Might Be Going To Hell