As some of you probably know from Facebook, The Girl Child has had a bit of a rough week and a half. 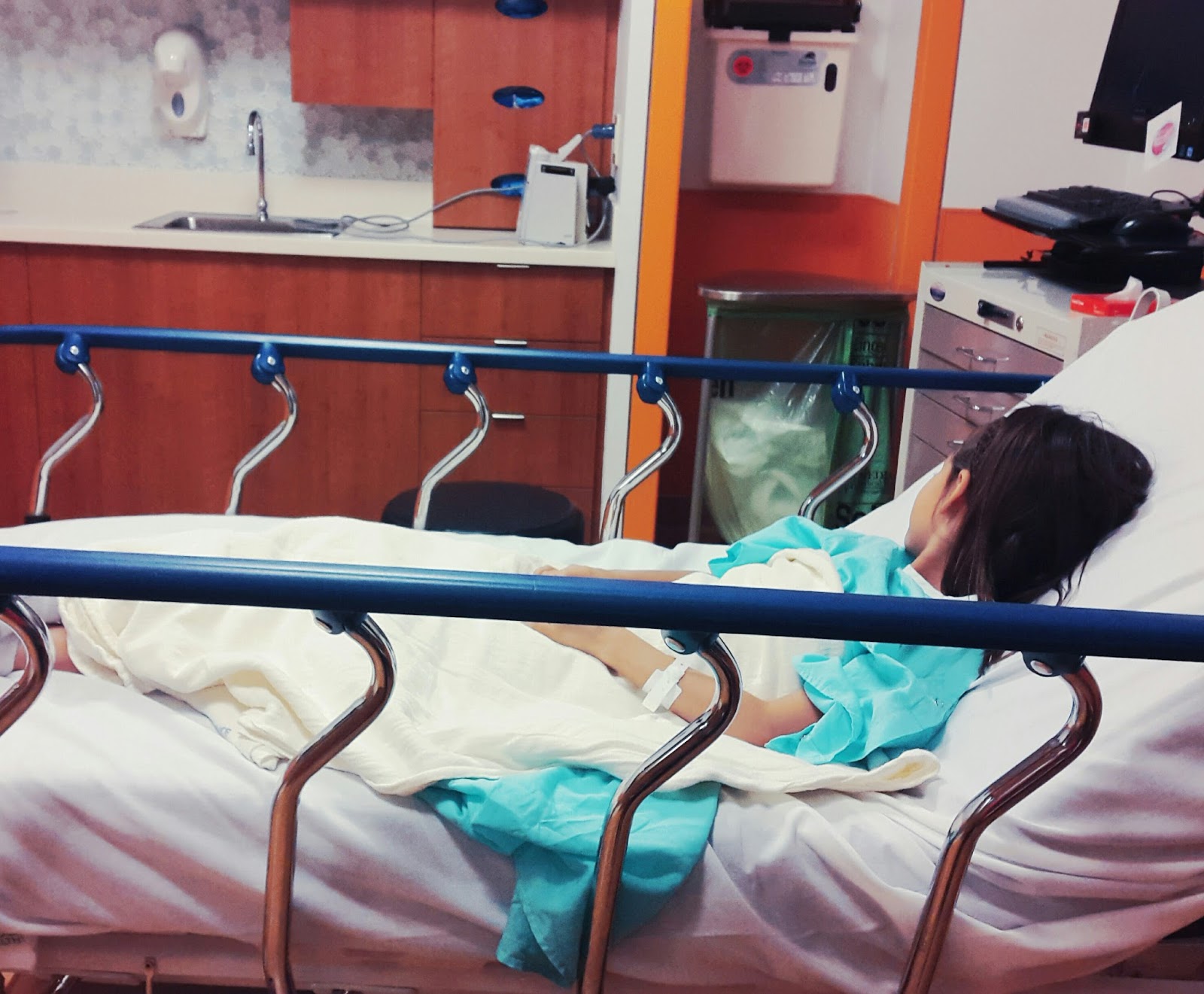 Because of that, I’m a little bit exhausted and overwhelmed at the moment, but I didn’t want to completely neglect you, so if you haven’t been on my Facebook, check out these two articles of mine that ran on Huffington Post and Babble. I’ll be the first to admit that some of what I write can be a bit of a mindless time filler, but I’m actually really pleased with the way both of these articles turned out.

A Letter To My Fatherless Daughter

My Husband Abandoned Our Family, And The Hardest Part Was Dealing With What Everyone Else Had To Say About It

Aside from that, if I may, I’m going to vent for a minute. And sure, once I’m a little more rested and thinking a bit more clearly, maybe I’ll regret this, but not today. Today I’m angry and feel like venting, so that’s what is going to happen!!

**WARNING, IF YOU DON’T LIKE TO HEAR PEOPLE COMPLAIN, YOU SHOULD PROBABLY LEAVE NOW**

Have you all heard of the website “Talking Parents?” It’s kind of like if Facebook messenger and email had a baby, you would get Talking Parents. The website serves as a communication mode for parents going through a court case. It allows parents to chat back and forth like Facebook messenger, and it records when each parent logged in and when each message was read. You can upload attachments such as bills, right into the system for the other parent to view, and then you have proof when they viewed them. Best yet the messages cannot be changed or tampered with, so when you go to court you can actually print a complete record of everything that was said and when things were read. (Promise this is not a paid advertisement. Although if any of you work for Talking Parents… I’d be willing to accept some compensation lol.)

At my last court date I requested that the judge order all communication with my ex to be done through Talking Parents, so I would have proof that my ex ignores me and all my attempts to work amicably with him on things such as bills, child support, and anything else that may arise.

It was granted, my ex and I signed up, and THE IDIOT HAS NOT FAILED TO SHOW HIS IDIOCRACY.

Can you tell I’m a little annoyed?

Now mind you, at our last court date my ex CRIED in front of the judge when the judge accused him of ignoring me. He cried and through a quivering lip said “I try. I always respond to her and I always do my best to help her. When she needs money, I pay her. I’ve always done everything I can to work with her on this.”

Of course 4 years of his refusal to pay child support, a stack of unanswered emails, and a disconnected phone number proved his argument invalid, and so I really thought that Talking Parents might be the clincher to better our communication since he knew that it would be keeping a record of when he logged into the system and read my messages, and he knew that I would be able to show that to a judge. And better yet, he legally has to log in and read my messages, so if he doesn’t log in, he gets in trouble. And if he does log in and ignore me, he loses his argument and the judge will see him as the irresponsible person he is.

I honestly can’t even believe that my ex still bothers me the way that he does, but damn this man.

Do you know what my first message said? It said “Testing to see if this is working, please reply and let me know you got this.”

Do you know what his response was?

He read it and didn’t reply.

My next message was “Ex, seriously come on. If you don’t want to handle everything in court, make an attempt to work with me. I can see you read my last message so please just reply.”

He read it, and didn’t reply.

Nor did he reply to the five or so messages that I sent over the course of the next month when I sent him some bills he is legally required to pay, or when I questioned him about child support.

All read, none replied to.

And mind you this man is to be sentenced to jail next month but is currently on reprieve since the judge gave him 90 days to settle some of his debts.

Then, in an ironic twist, I had to message him about something that was for once in his financial benefit. Knowing how selfish and self-serving he is, I said to my friend “watch him reply.”

HE REPLIED ONE MINUTE AND FIFTEEN SECONDS LATER.

You know, because it served him and if you all haven’t gotten the memo yet, the world revolves around him.

I then asked him why he hadn’t replied to any of my prior messages, and to my surprise, he responded again.

He told me that he would only respond when he feels it’s necessary.

Then, when his court allotted time for bill reimbursement passed and I had not gotten a check from him, I messaged him again. I asked him when I could expect a check, and as usual, he read it and didn’t reply. Even though I was annoyed as hell, I was just going to let it go and ask Mr. Attorney Man to bring it up in court next month when we go in for the ongoing child support noncompliance case that we are already in (because yay, even more proof now!), but then The Girl Child got sick.

And because of it, I haven’t worked in ten days.

So I did what I really didn’t want to do and I messaged him again asking where the money was and reminded him that a judge had set a 30 day limit for him to reimburse me, and that 30 days had passed. He surprised me by responding…but when I read his message I honestly would have rather been ignored.

At least I’m used to that level of annoyance.

But nope, today he took it to a whole new level when he said “You’ll get the check when you get it. It took me a while to get a money order (??)” and then went on to tell me that I’m petty, and I make him not want to work things out with me. “This system is designed for us to work together, not so you can insult me about money.”

Someone hold me back.

And now I’m thinking that maybe this Talking Parents site wasn’t the best idea, because this is the message that I sent back… and is now basically part of my legal file.

The check for the bills was to be gotten by you, so it is you who chose to get it after your allotted time. What you seem to assume is a “petty dig,” is just another reality check that you don’t want to hear. You got the check late, you mailed the check late. You ignored all my attempts to work this out like an adult when I sent you the bills, and you failed to #1 respond, #2 get the check and mail it in time, and #3 answer my questions about when I could expect the check. Your irresponsibility is affecting your children, and that is no one’s fault but your own.
So please, don’t act like you are trying to act maturely and handle this like a grown up, when we both know that’s not true. If you don’t want to be insulted, then don’t act like an idiot. If you want to claim that you are trying, then maybe you should actually exhibit some proof of that.

And also, just to let you know, your daughter has basically been in and out of the hospital for the last ten days. Nearly every second of my waking and sleeping has been spent revolving around her, and making sure her brother, your son, is also being taken care of. It would be great if they had a dad to step up in emergent situations like this, but thanks to you, they don’t. So I haven’t worked in over a week, and I haven’t even gotten a child support check, and you sent this reimbursement payment late.
When you choose to not send money that is owed to your kids, you are saying “I don’t care if my kids eat. I don’t care if they go without. I don’t care about them because I care about me more right now and my schedule and what I want to do.” What kind of father doesn’t care if his kids are taken care of? How am I supposed to work with a very sick kid? How am I supposed to get them what they need without money?
I can’t.
But thankfully they have you…. oh wait… yea. Guess they have that against them too.

Oh, and to add to that again, she is at a hospital over an hour from my house because the closer hospitals don’t have the specialist we need that takes medicaid, and you never got them health insurance. So again, thanks.

Yea… that’s not really what I would have liked to have court documented, me arguing with someone who is not even worth my time, but I’m tired, I’m worried about my daughter, I’m worried about work (or the lack thereof), I’m overwhelmed, and I still have this dickwad to deal with.
Good grief.
Sorry… venting.
I’ll stop now.
Carry on people… and don’t forget to read these:
A Letter To My Fatherless Daughter

My Husband Abandoned Our Family, And The Hardest Part Was Dealing With What Everyone Else Had To Say About It

I’ll aim for a better mood next time.

To My Beautiful Daughter

Straight From The Mouths Of The Little People I Live With