He Could Have Killed Me (But Thankfully He Didn’t, So Here’s A Funny Story)

I was so annoyed by this person’s obvious lack of respect for anyone but themselves, that I actually thought about keying their van.

Thankfully I am not crazy, nor a criminal, so I did not.

I did however, stand for TWO HOURS in the early voting line, and spent much of my time watching car after car attempt to pull into the lot, only to be blocked by the majesty’s royal carriage. Finally, a city employee came up and began asking if anyone in line owned the silver dodge caravan that was parked in the entrance.

A woman, who was at the absolute front of the line, began to ask a series of suspicious questions.

“Are you SURE it’s a dodge caravan that you are looking for? Are you sure it’s silver?” she questioned, and then continued asking questions until the exasperated employee said “listen, I don’t care what it is, but if it’s parked in the entrance, it’s getting towed.”

“ARE YOU KIDDING ME?” the woman suddenly yelled at the top of her lungs. “I’ve been standing in this line for hours, and now you are going to make me get out of line or else you will tow my car!!!????” she shrieked.

The city employee, God bless his soul, said “ma’am, you never should have parked there in the first place. No one else can get in.”

“Well, there were no empty parking spots in the lot anyway so I don’t see what the problem is” the woman snarked back.

“The problem, is that you are parked in an area that is not designated for parking, and it is impeding traffic and access to the building” the employee said calmly. “Now the empty spots cannot be filled, and people cannot be dropped off.”

And just then, some random guy wearing a tank top that barely stretched over his steroid inflated muscles, and who did not appear to have been previously affiliated with the woman in any way, looked up from his polling booth, and shouted “WAS THERE A NO PARKING SIGN?”

(Seriously, what is with all the yelling!?)

The employee, clearly shocked at muscle man’s idiotic point of view, said “sir, there doesn’t need to be a no parking sign. You obviously cannot park in an area designated for driving, and make it impossible for people to drive.”

Muscle man then left the booth, walked up the employee (who was a senior citizen), got about two inches in front of his face, and yelled even louder, “I SAID, WAS THERE A NO PARKING SIGN?”

“Are you serious?” I laughed from my place in line — which was about ten feet from where they were — “you are exactly the reason that we have really moronic warning labels on things. Have you also tried to dry your hair while in the bathtub? Because I’ve always wondered who was dumb enough to do that, but if you think you need a sign to point out all the obvious things that people should not do, well then I guess you must be the reason I keep seeing those stupid labels.”

Muscle man stopped talking, turned, and just stared at me.

Muscle Man didn’t say one word. Not one. He just turned, and went back to his polling booth.

The illegal parker, though, decided that she would continue to scream, and only when she realized that no one else was coming to her defense and her van really was getting towed, yelled at the employee, “FINE. I DIDN’T WANT TO VOTE ANYWAY!”

And because I was still the same stupid idiot with a big mouth, no filter, and I was really mad that this woman was treating the employee this way, I felt the need to say “well that makes me happy, because after seeing the judgement you put into your parking place, I was rather concerned about your ability to choose a president.”

Photo Credit Giphy.com
This GIF is basically an exact representation of her expression

She then stormed out of the building, and I thanked the heavens that no one had punched me. 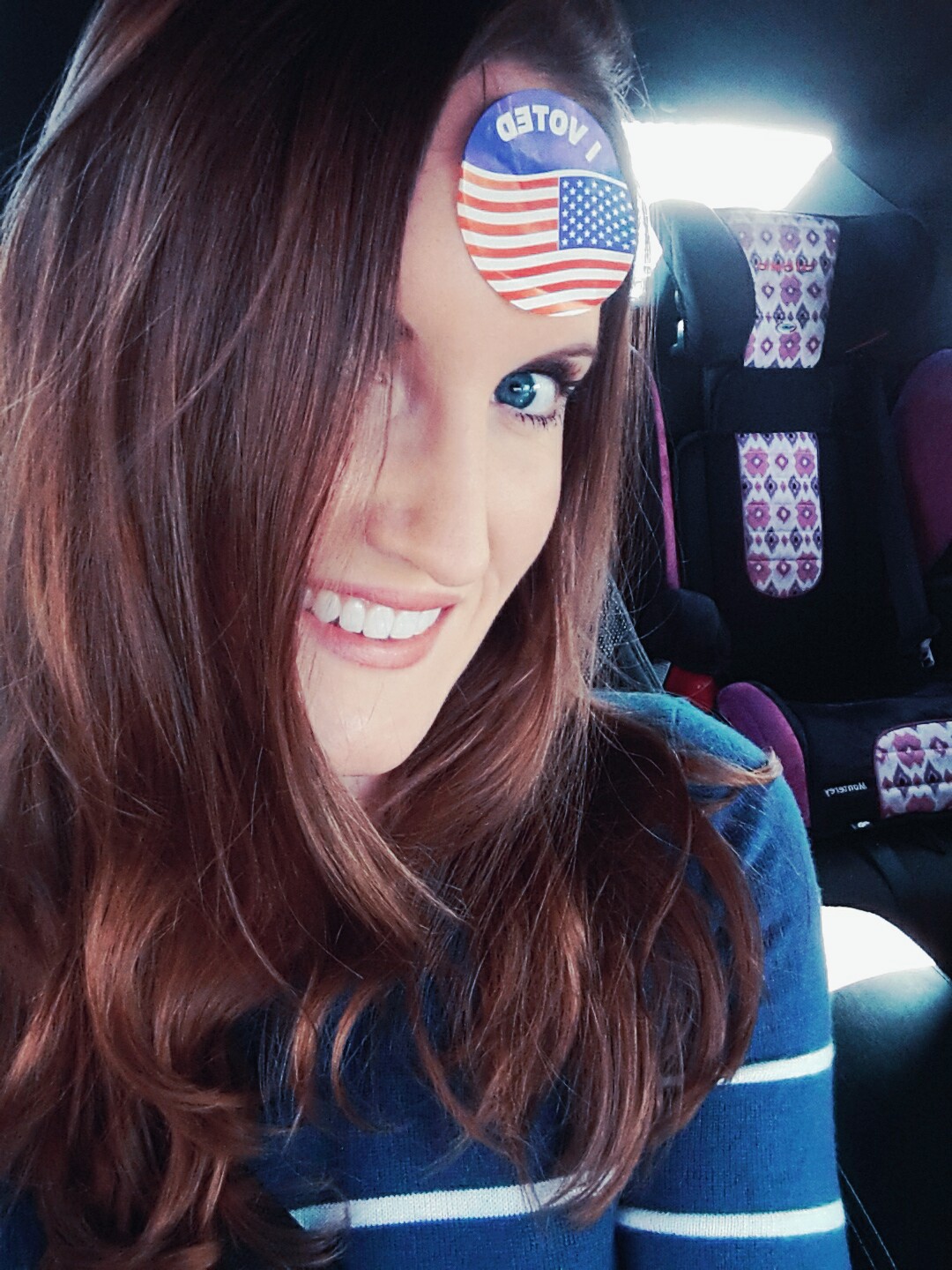 Tags: Only Me
Newer Posts

There’s Something I Need To Tell You (Part Two)