Seven Minion Clowns, A Unicorn, And A Very Smashed Windshield

Yikes, it has been a while since my last post, and just like my house, I’ve missed this place! After spending the last, nearly two weeks, out of town, we finally got home yesterday. 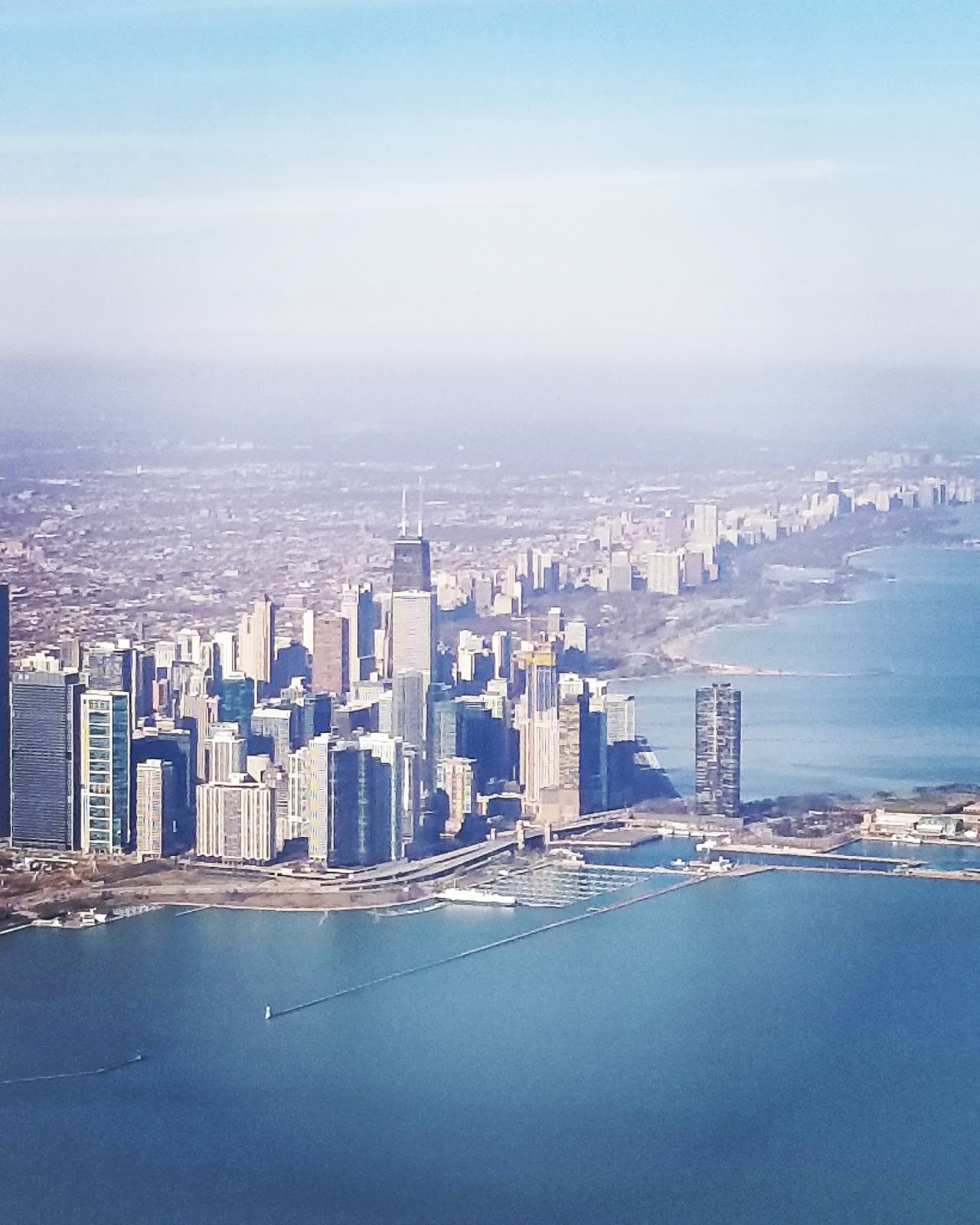 I’m slightly proud of that picture, that I took from the plane, but I’m not nearly as proud of that one as I am of the one I took in the airport, because What. The. Hell ?? 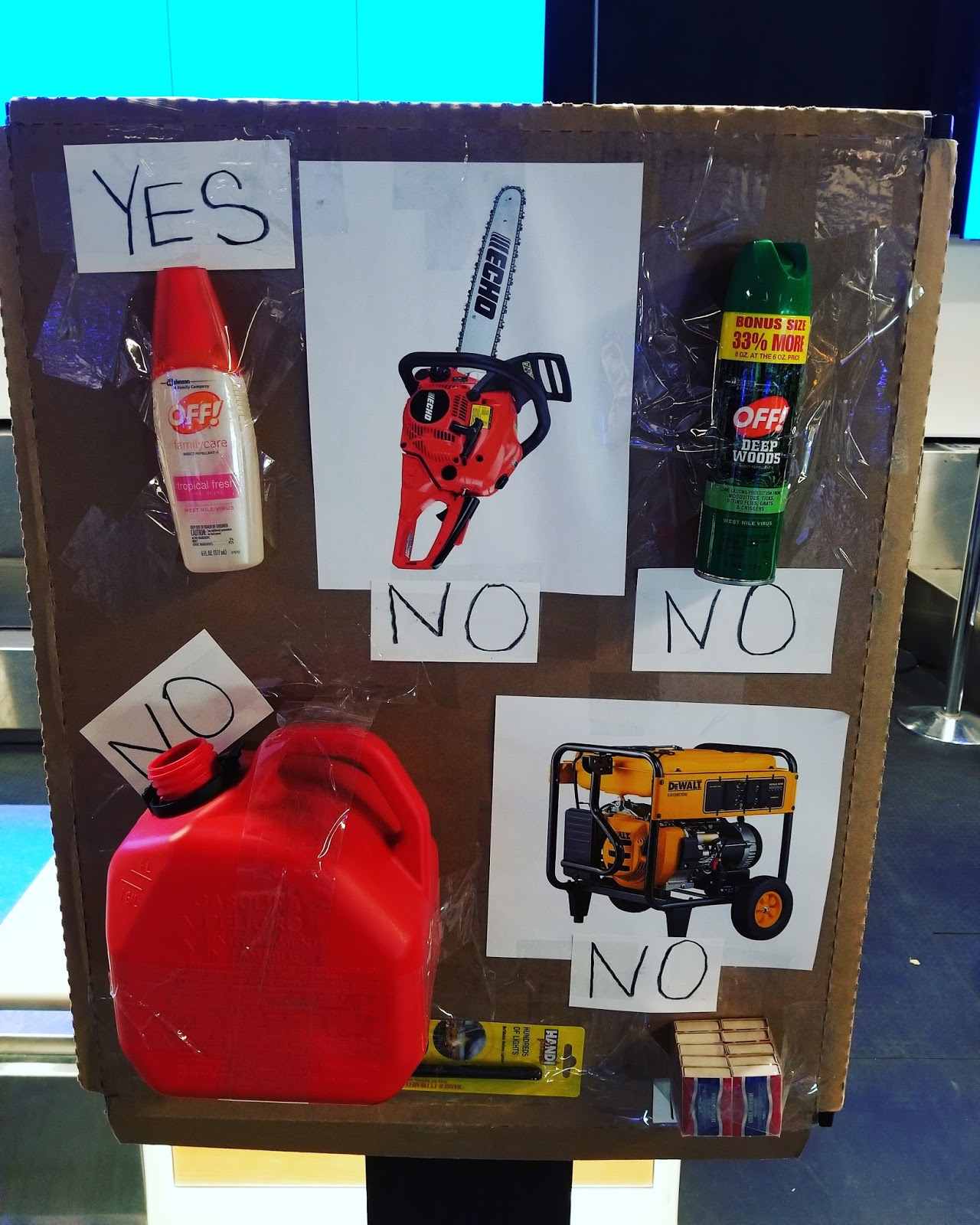 Have enough people really tried to bring chainsaws and generators onto an airplane as their carry-on item, that we now need a sign at the luggage check-in, reminding people that they can’t bring gas cans and matches to their assigned seats?
I fear for humanity.

But anyway, even before that, The Guy, and I spent Thanksgiving in St. Louis. We didn’t really have a reason for going there, other than we really didn’t have a reason not to go there either.

And all of that, brings me to this post.

It all started several months ago, when I saw an ad for the St. Louis Union Station Hotel. Have you guys seen that place before? 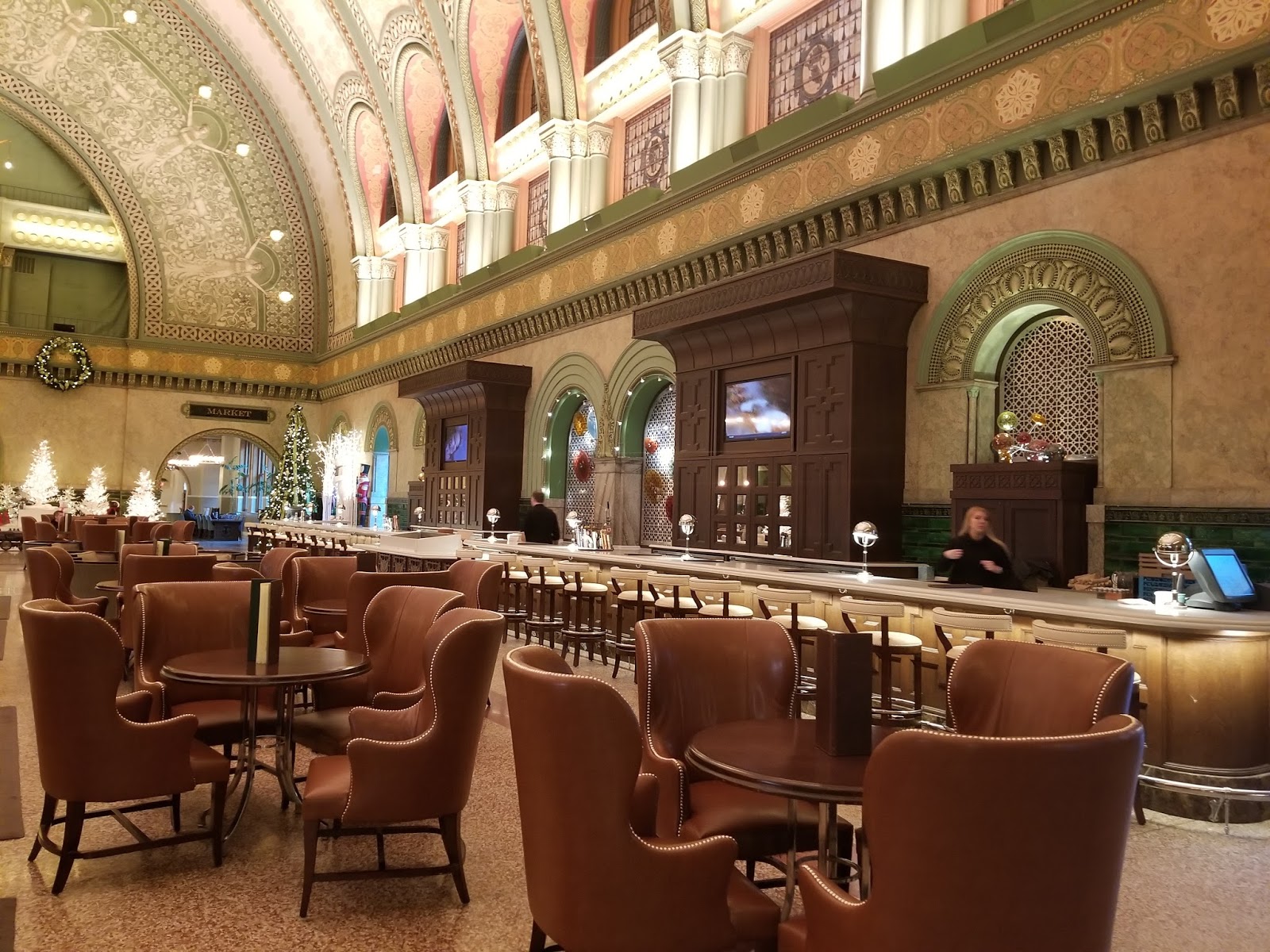 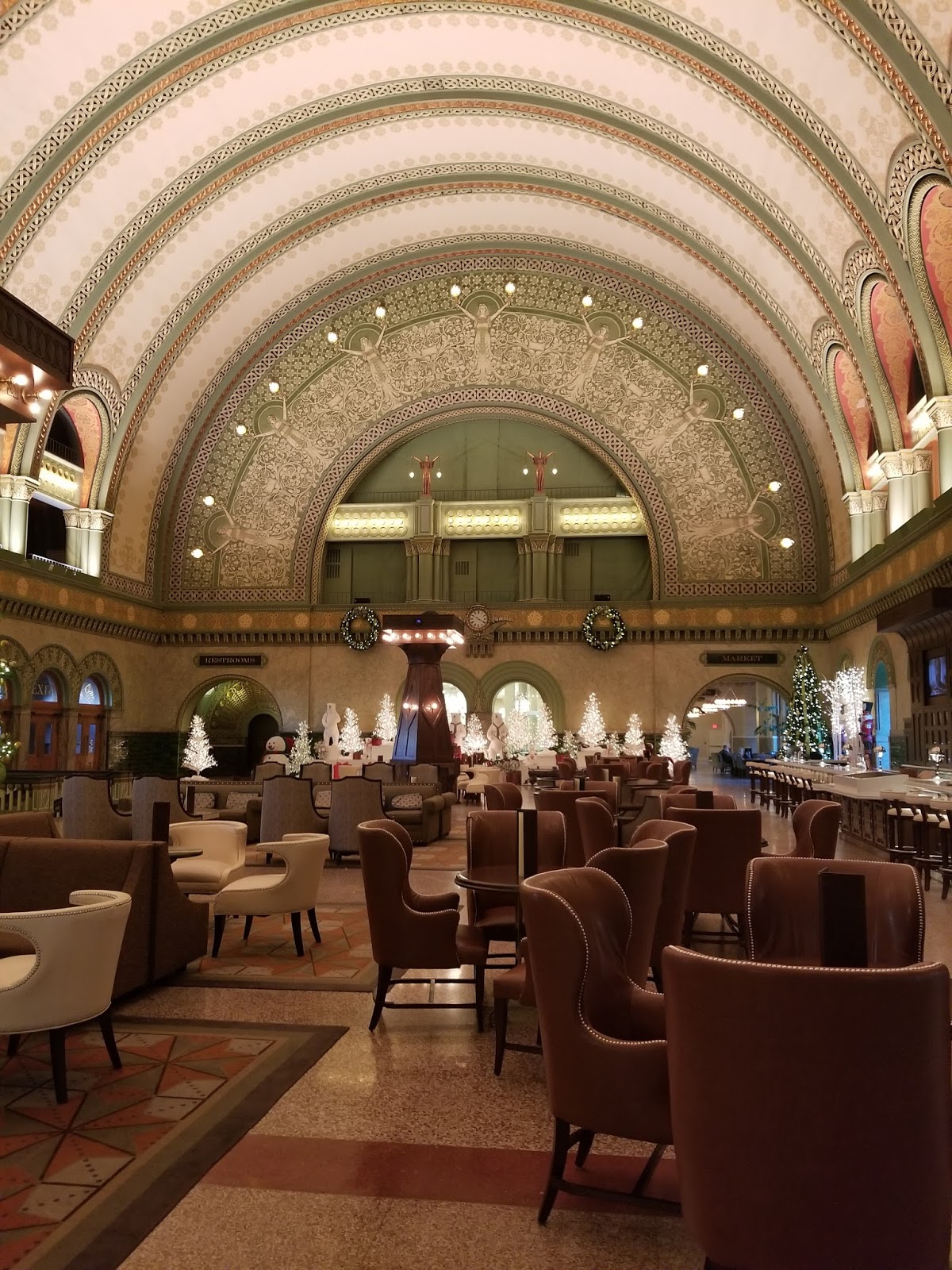 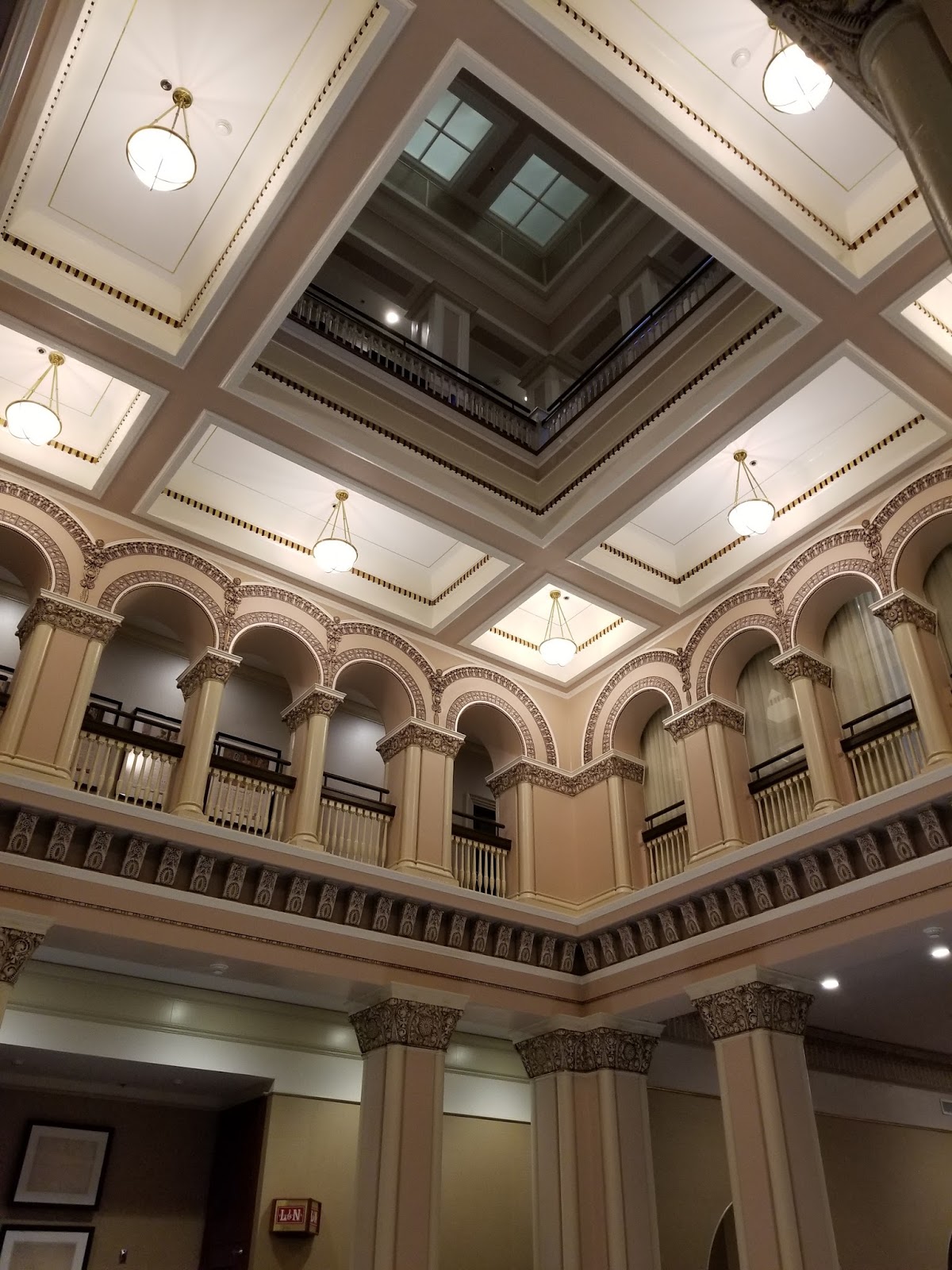 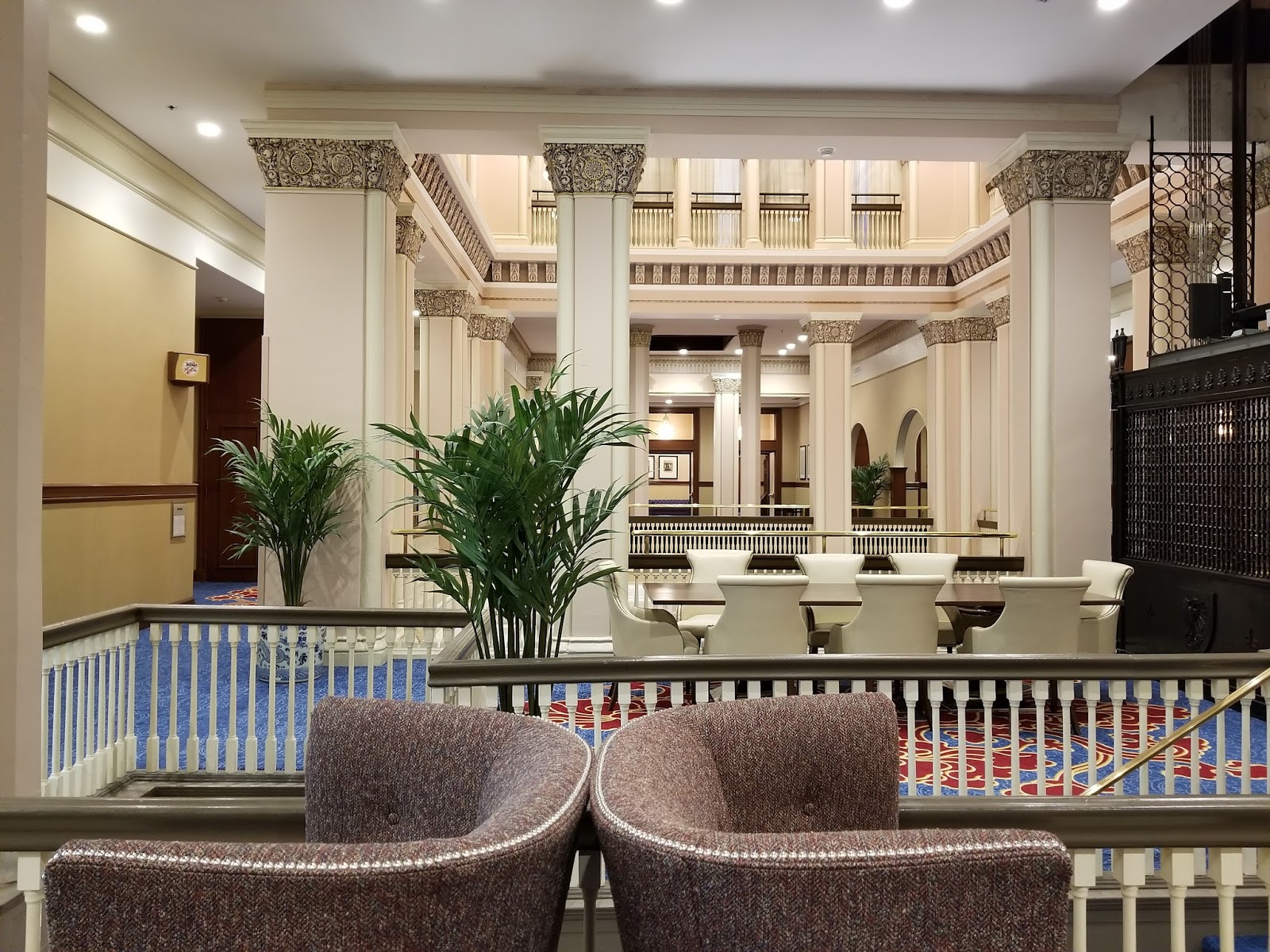 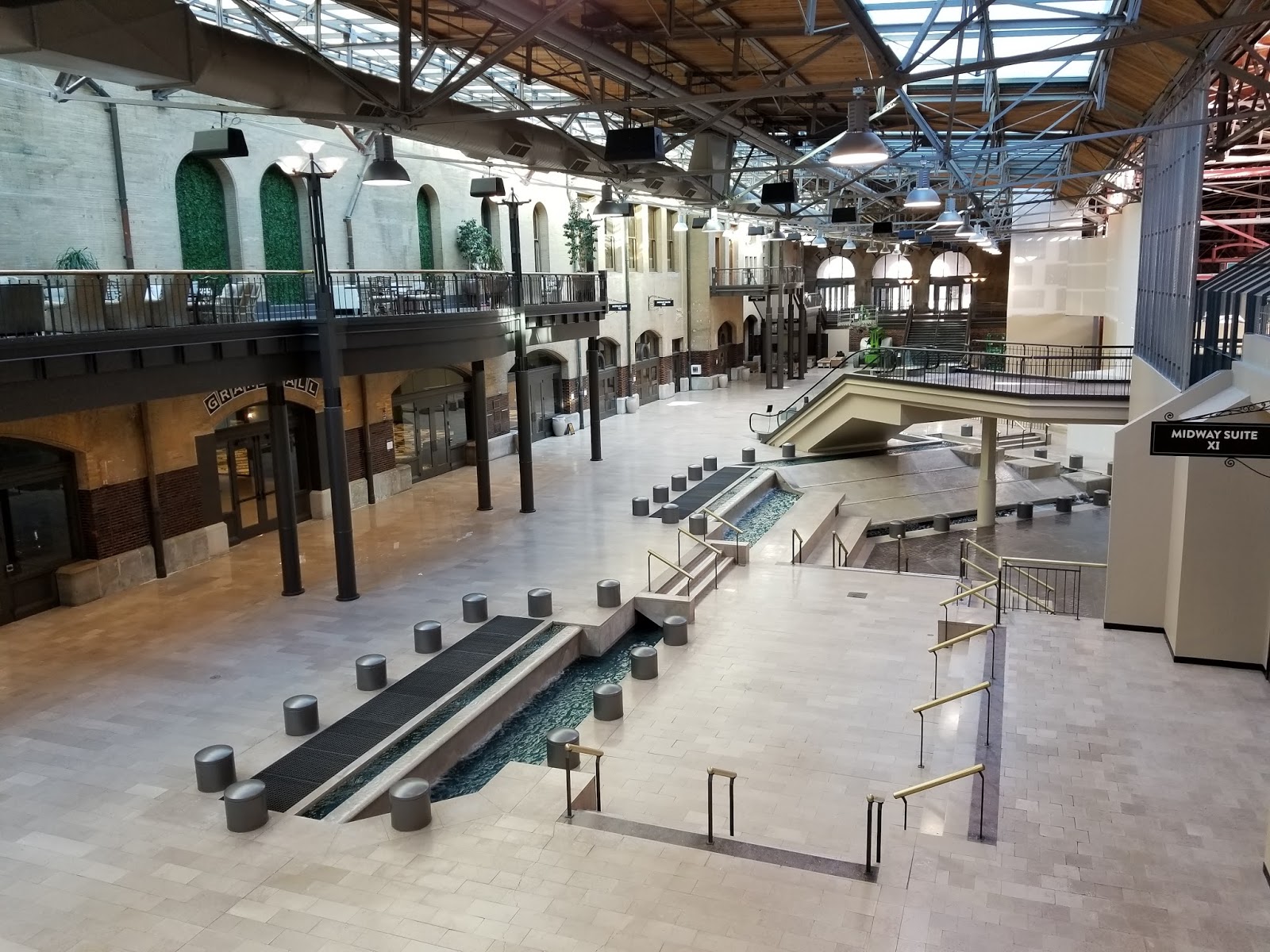 It was clearly built for a much higher class of people than I am, or my kids allow me to pretend that I am, but either way, the ad was offering an incredible deal. And The Guy and I had been wanting to take the kids to the St. Louis City Museum for a while, so over the summer, we booked a room for the weekend.

But that trip was rescheduled due to my all-day pregnancy morning sickness, and then our rescheduled trip was canceled due to rioting in St. Louis (yep), and then suddenly the only dates that the hotel had available for the stellar price that had drawn us in, was Thanksgiving.

After discussing it, we figured “why not?” and headed down there for some quality family time, away from our families.

The morning of our departure found us doing everything that anyone with kids can relate to when trying to leave for a trip. Favorite stuffed animals were missing, lights and faucets were repeatedly being turned on after we had turned them off, and everything we packed into the car, somehow ended up back in the living room. 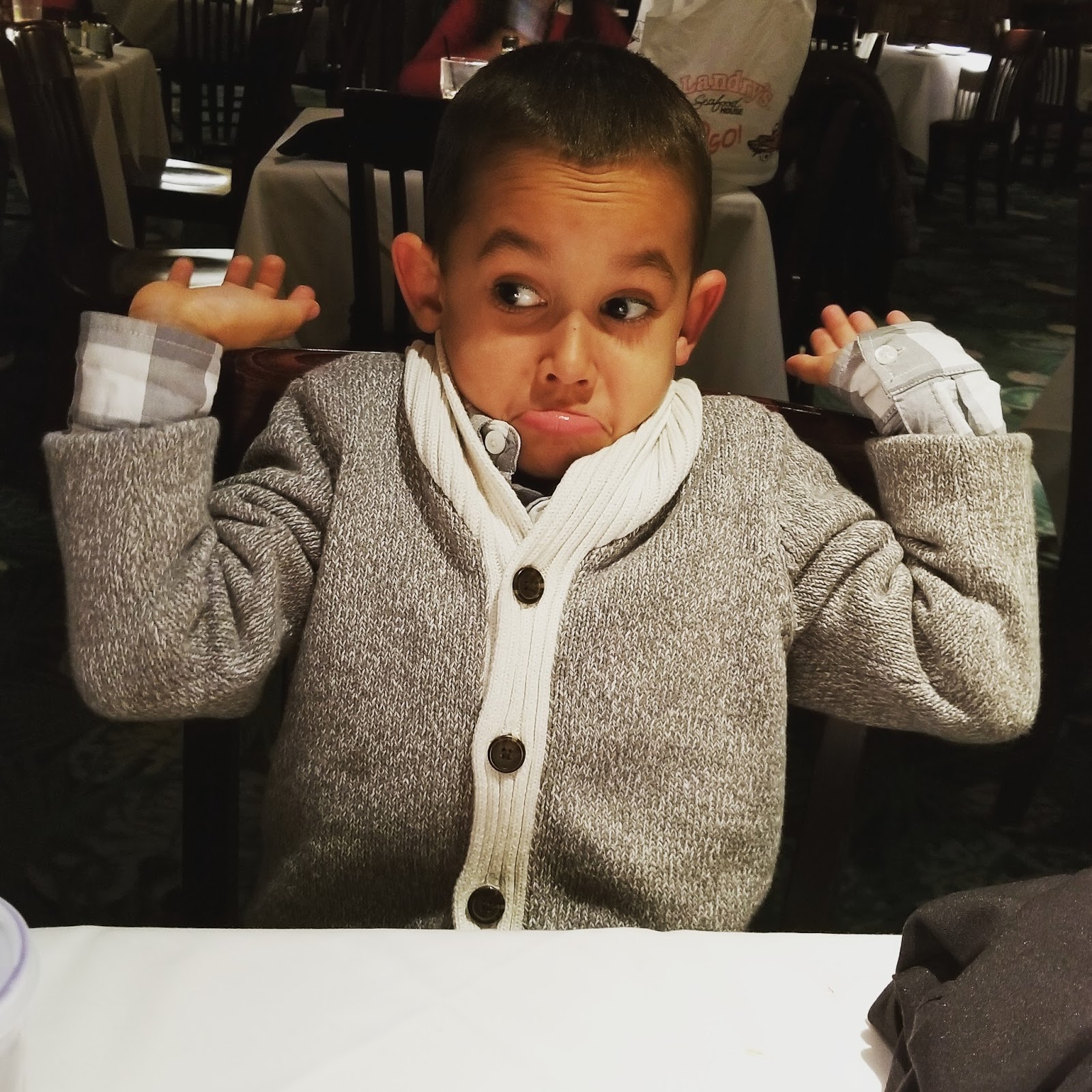 The plan was that the whole family was going to accompany me to a 9am chiropractor appointment since it was near the highway, and from there we would drive to St. Louis.

Finally getting into the car and only running five minutes late, I was super proud.

Until I looked into the back seat and realized The Boy Child wasn’t in his car seat, because it was in the other car. Losing my mind and half yelling that we had NO TIME FOR THIS, I jumped out of the car, ripped the car seat out of the car we weren’t taking, chucked it to the driveway, hopped into that car, and left my family standing on the driveway with the instructions that I would be back in twenty minutes, and everyone had better be in the car, in car seats if they were short, buckled up, and ready to go.

Don’t judge, I never claimed to be a saint.

As I’m safely racing (and not speeding) to the appointment that I am now ten minutes late for, the car in front of me slams on their brakes and comes to a dead standstill in the middle of the road.

Sitting there, I cannot figure out what they are doing, and I’m in my car yelling at them, like most people do but won’t admit to doing.

Then after a few minutes, a unicorn gets out of the car.

I am not even making this up.

A chick, dressed in a rainbow colored unicorn costume that may or may not have been some type of footed pajamas, with bright pink hair that she has pulled into a ponytail horn thing on the front of her head, gets out of the car.

Naturally, I reached for my phone to take a picture and send it to everyone I know, and then realize that in my haste to switch cars, I had left my phone in the other car.

The unicorn was circling her car, while looking at the sky. At this point, I was so close to the chiropractor’s office, that if I had driven over the grass, I would have been there. But doing that seemed illegal, and so there I sat, watching a unicorn walk around the car and stare at the sky like she was waiting for her ascension.

A few minutes later, a city pickup truck pulls up next to the unicorn’s car, and out of this two, maybe three seater truck, pours SEVEN utility workers; all dressed in yellow hoodies, overalls, and hard hats.

There were minions piling out of this clown car as if we were at the circus.

You guys, I was roaring with laughter. ROARING. You know those obnoxious people at the movies who laugh much harder than necessary and annoy everyone around them?

Because this was awesome.

Being as nosy as I am, I inched up as close as possible to the unicorn’s car, and rolled my windows down so that I could hear what was going on. All seven of the minion clown utility workers were circling the car, and looking from the sky, to the car, to the sky, and back to the car.

“What do you think happened?”

“I dunno, what do you think happened?”

“I dunno, must have fallen?”

“I dunno, how did that happen?”

“I dunno, must have fallen”

…they chanted back and forth to each other, making no real progress in their conversation.

From what I gathered, and from what I could now see of the unicorn’s car, something had fallen from a utility pole and smashed the car’s windshield.

For the next seven minutes or so, the minions continued to circle the car and look at the sky, while the unicorn stood off to the side on her phone. Eventually the police showed up, and Officer Speedy McBraniac decided that the car could not stay in the middle of the street (smart), so they should all push it horizontally into the only entrance and exit of the medical office building (not smart) where the chiropractor is located (rude).

Once the car was safely blocking everyone in and out of the parking lot, I was able to park across the street and run into my appointment. Apologizing for being late and explaining that the sky was falling outside, another patient looked out the window and said casually “oh? You mean by the unicorn?”

Because that happens everyday.

Eventually I made it back home, picked up my family (who were all securely buckled into the car), called a friend to tell them about the seven minion clowns and the unicorn, and later that day we arrived in St. Louis.

Apparently patience pays off, because the hotel bumped us up to a room so nice, that when I initially opened the door, I thought that I had made a hugely expensive booking error, and The Guy was going to kill me. 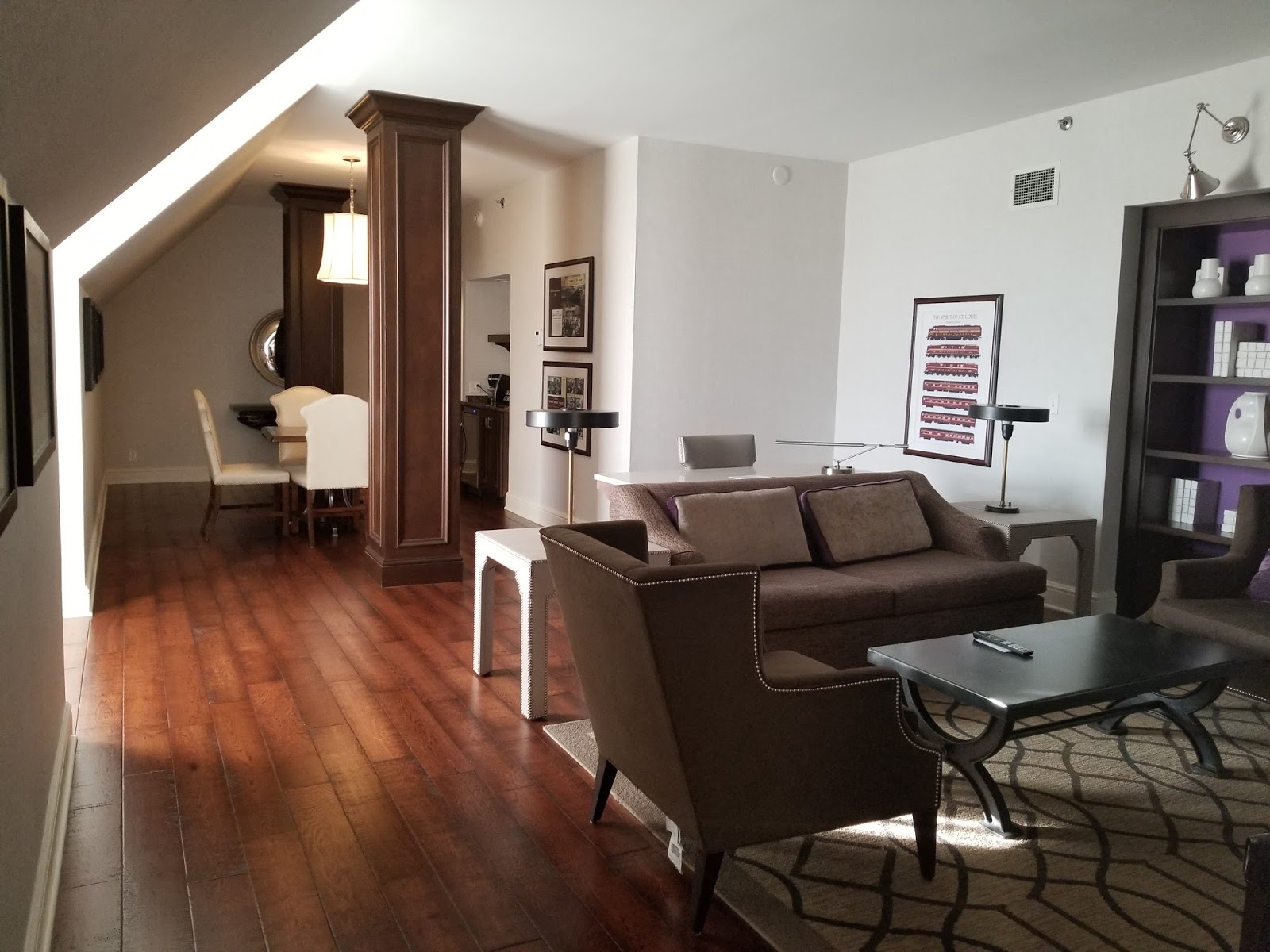 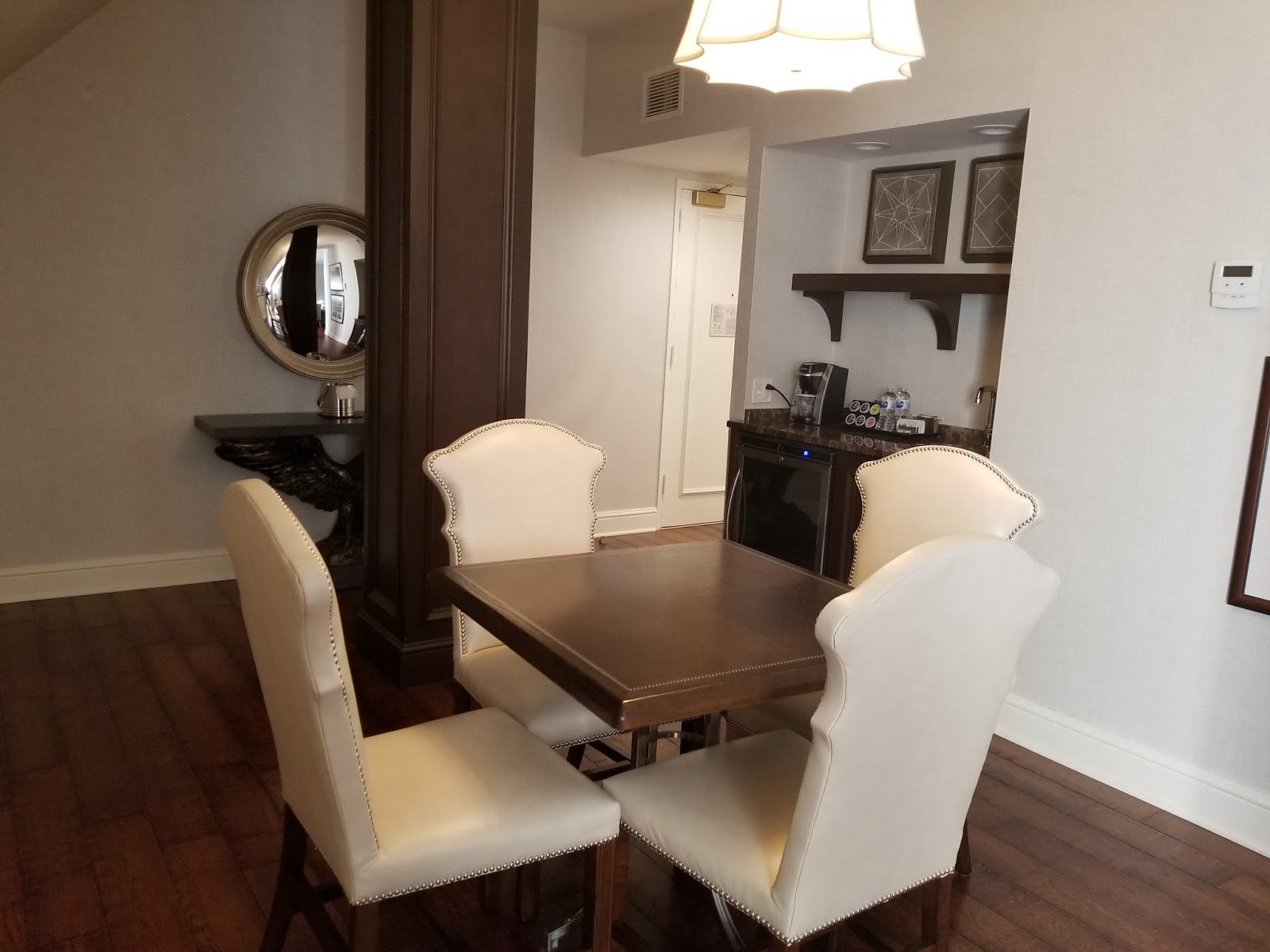 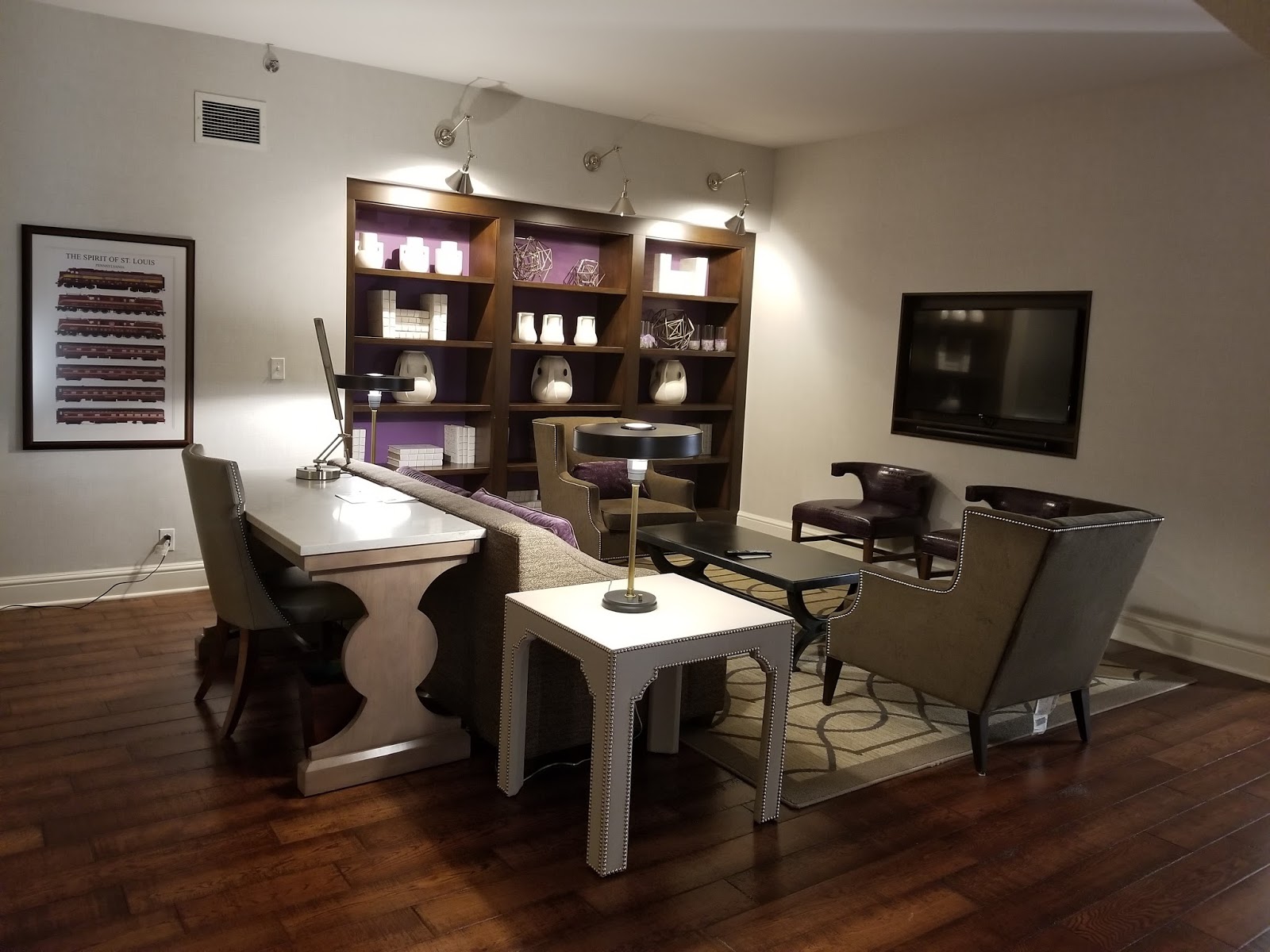 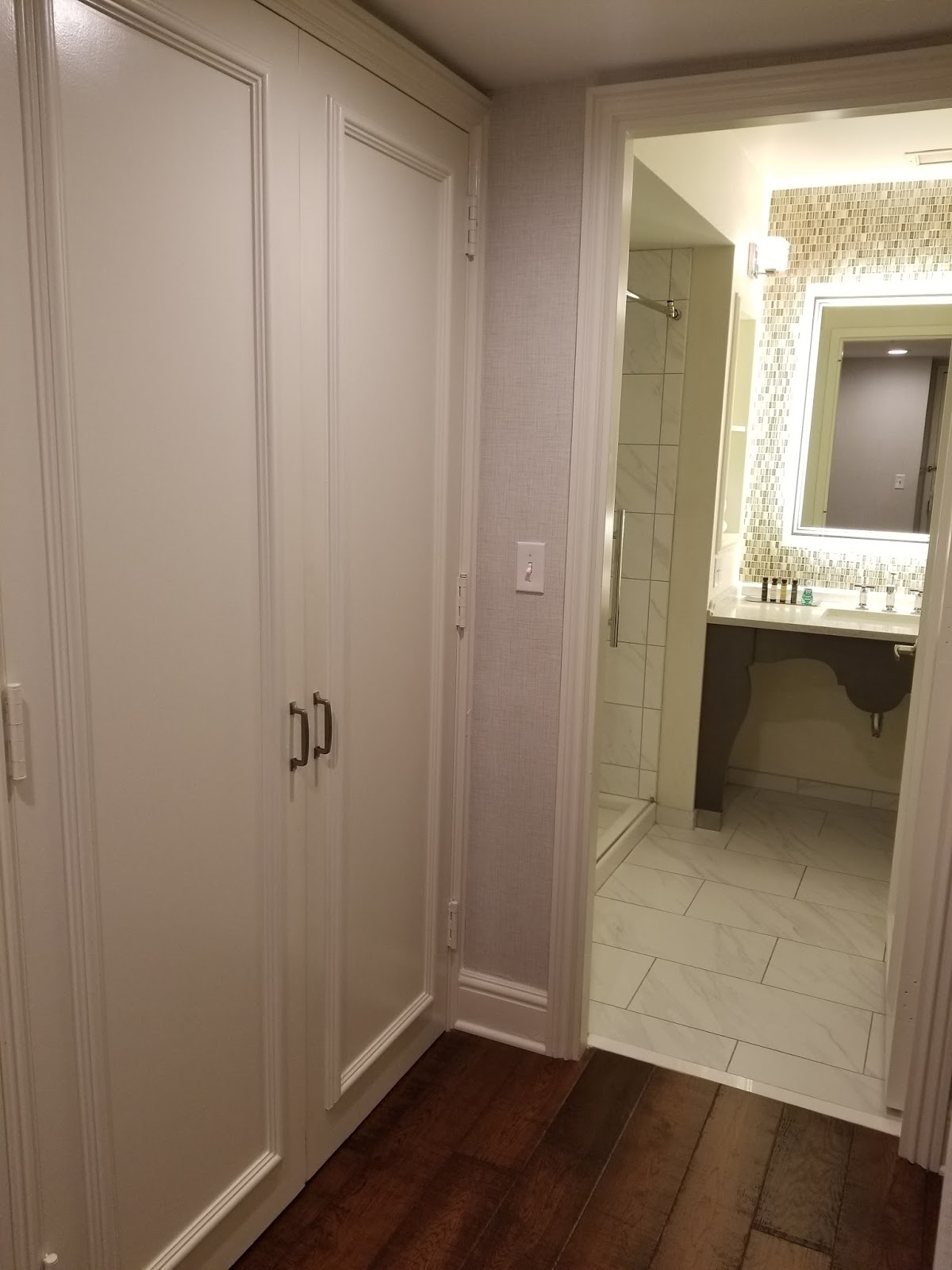 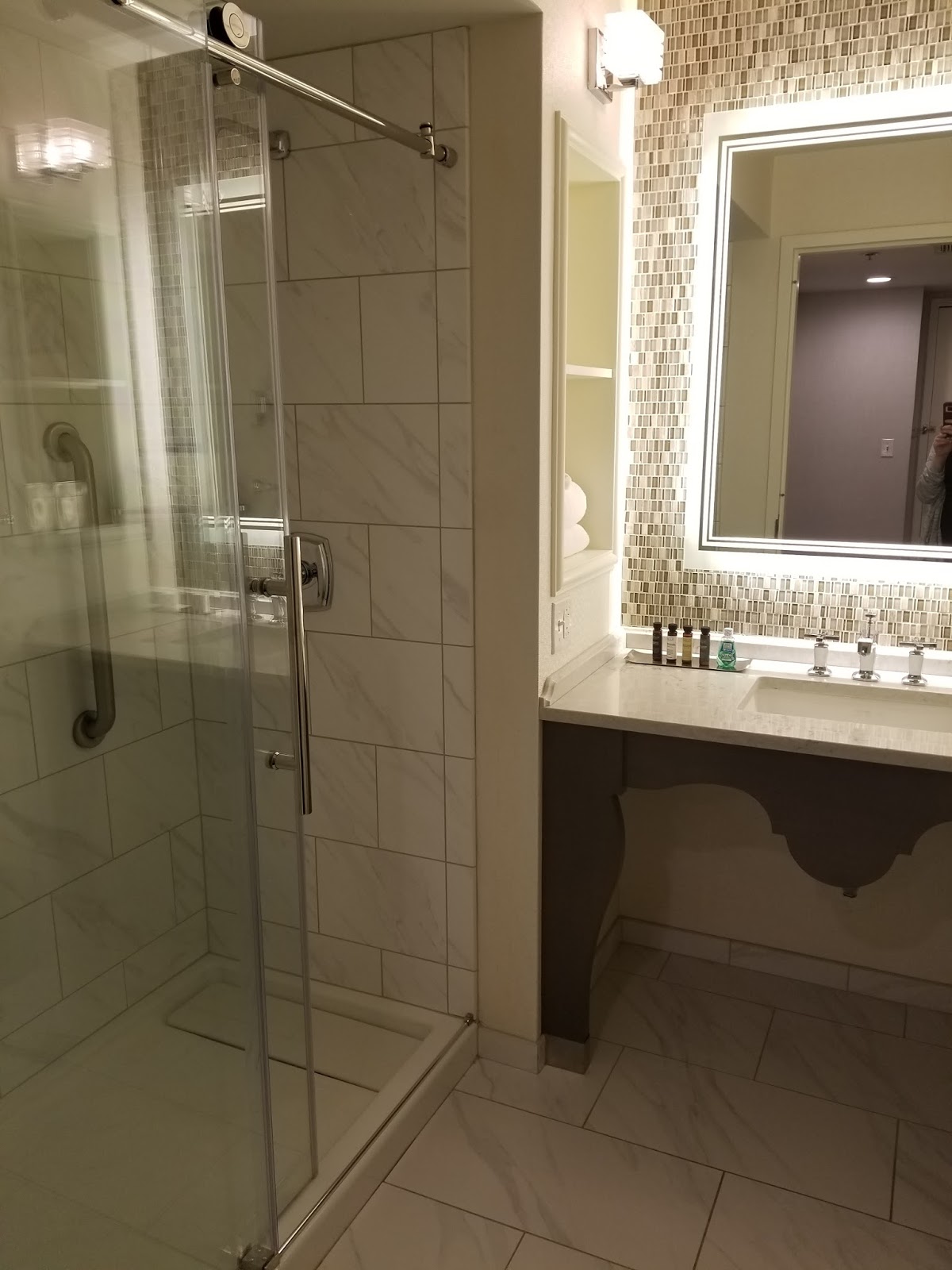 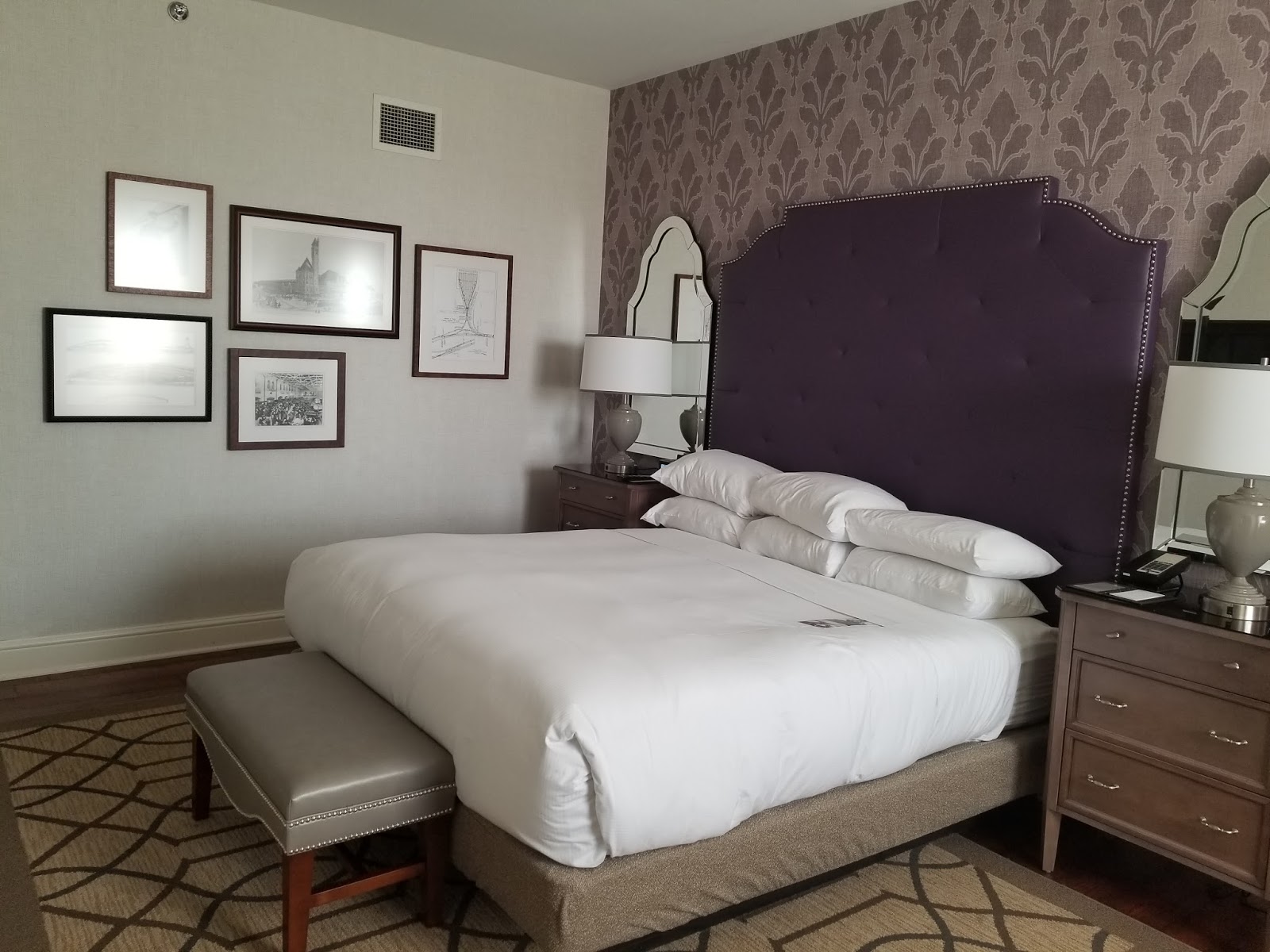 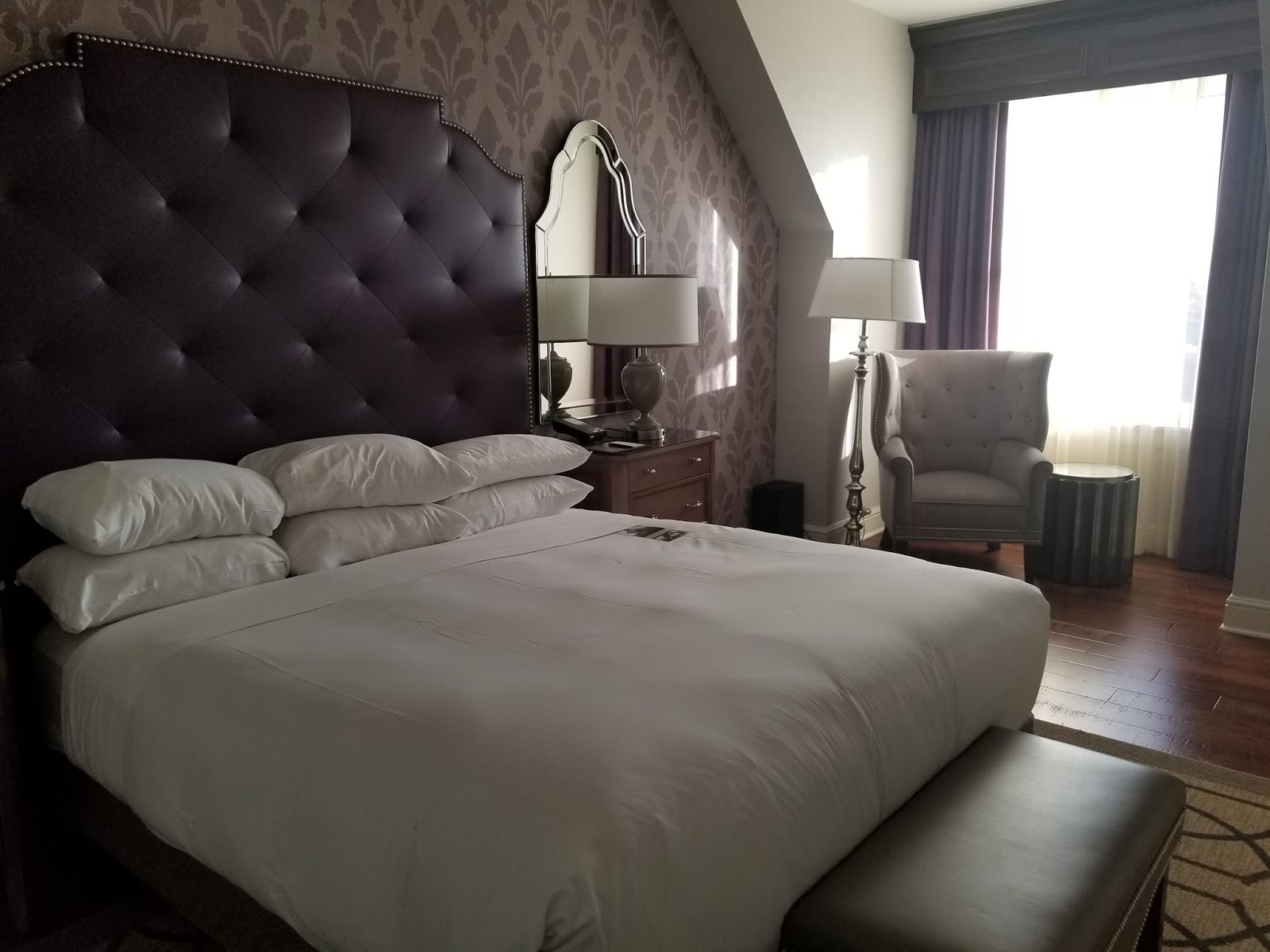 Thankfully, it was just a complimentary upgrade.

But anyway, if you ever head to St. Louis, I highly recommend both the Union Station Hotel, the nightly show on the Grande Hall ceiling, and the City Museum (because that place is insane!). 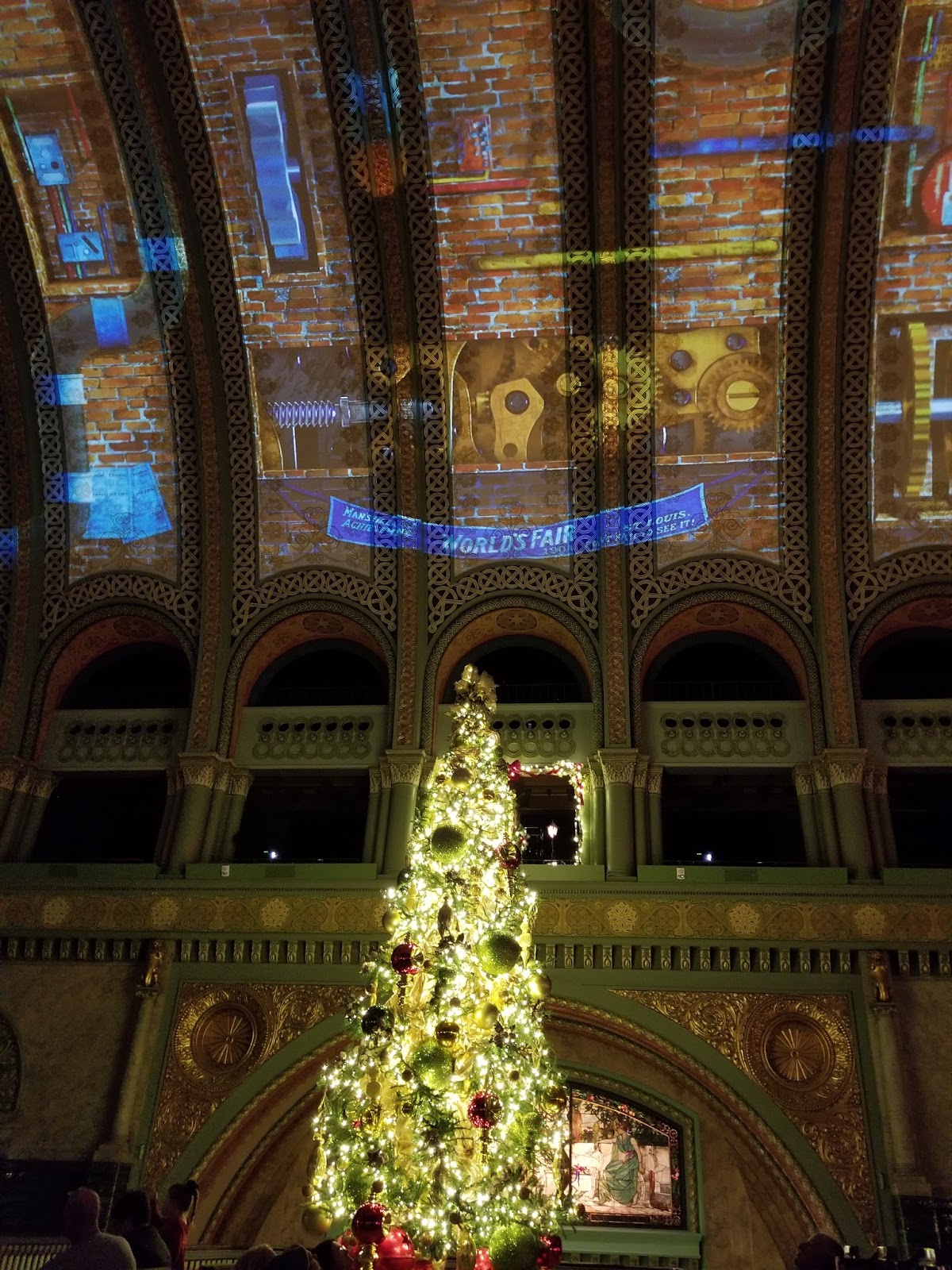 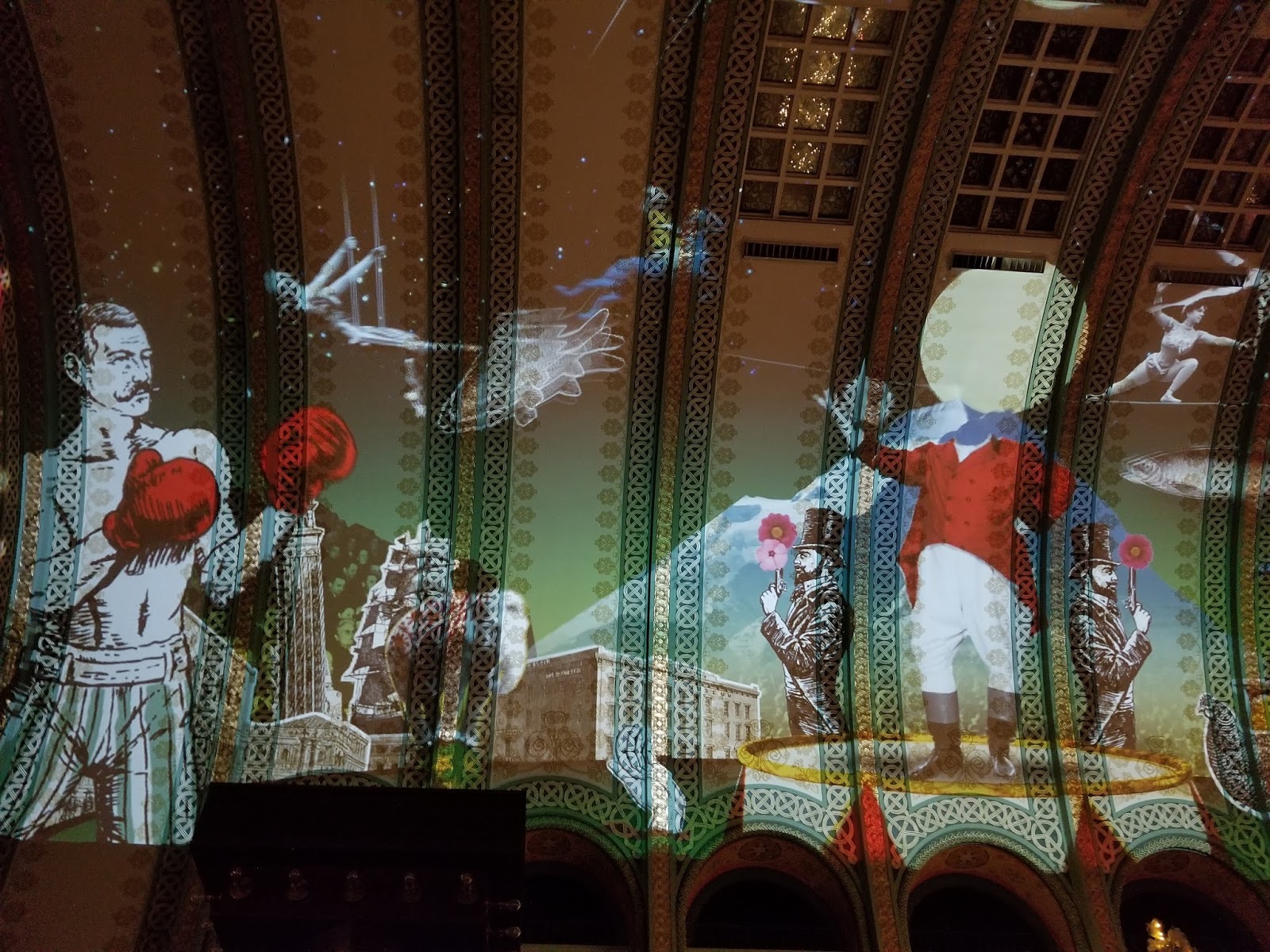 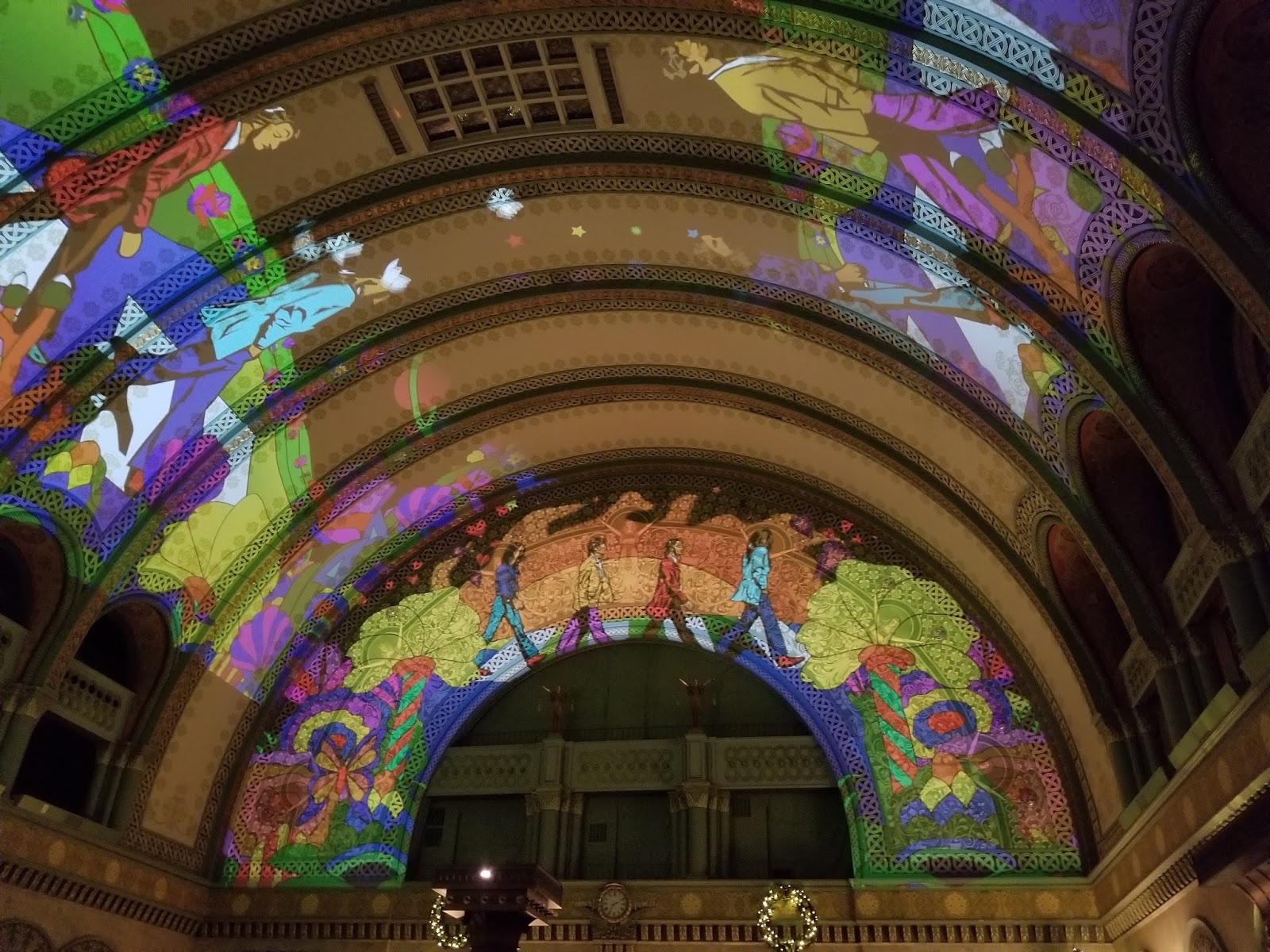 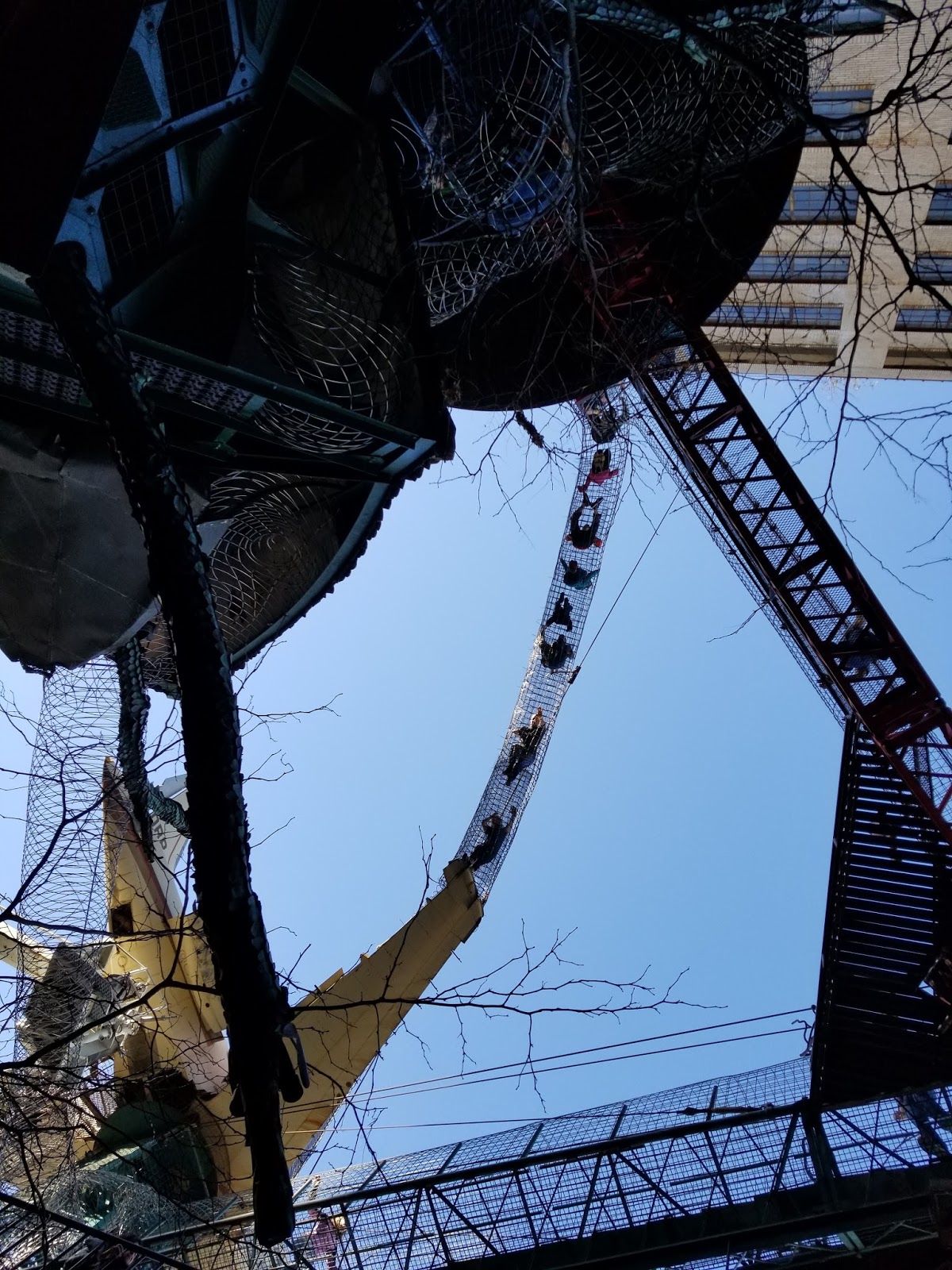 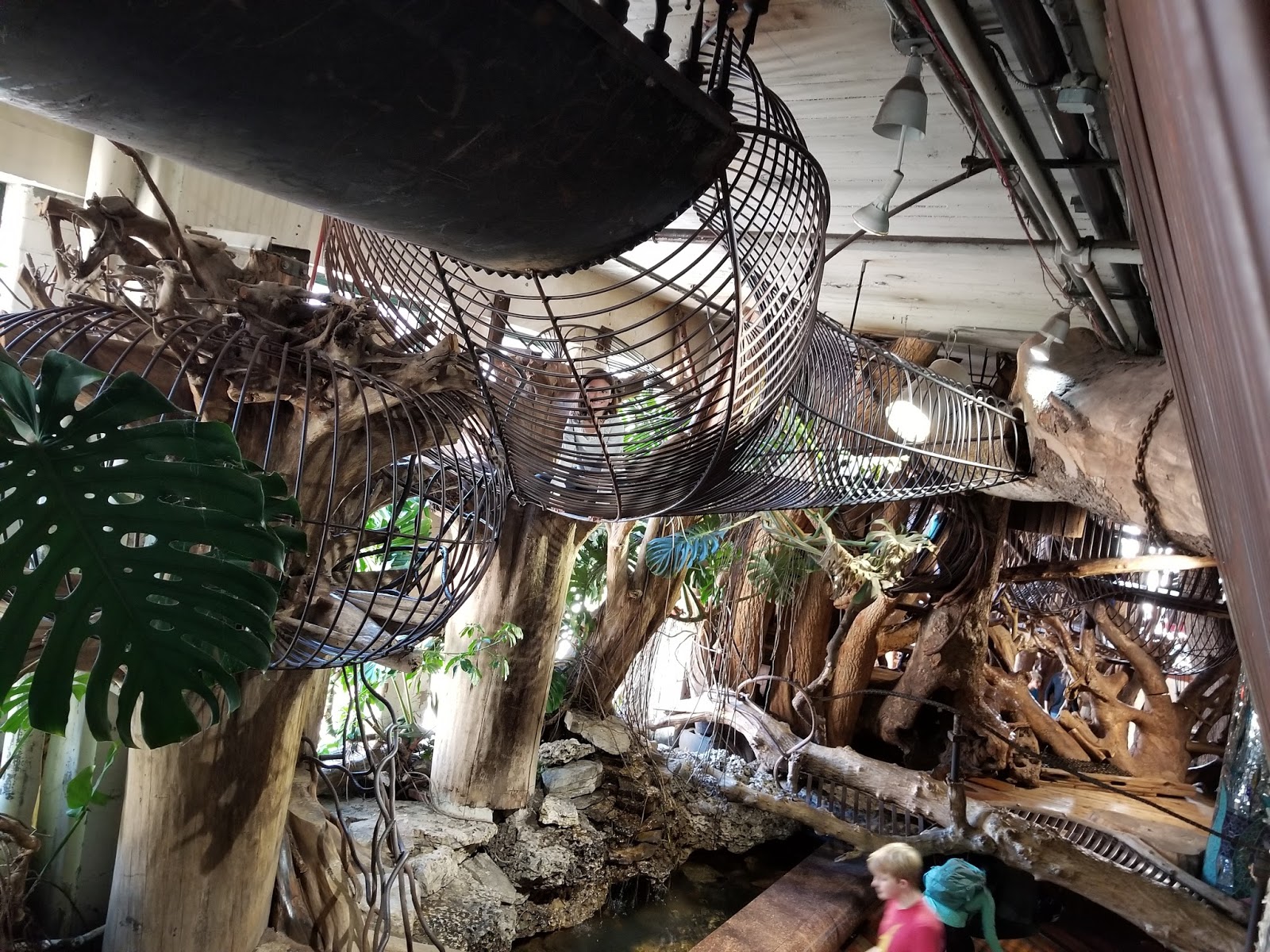 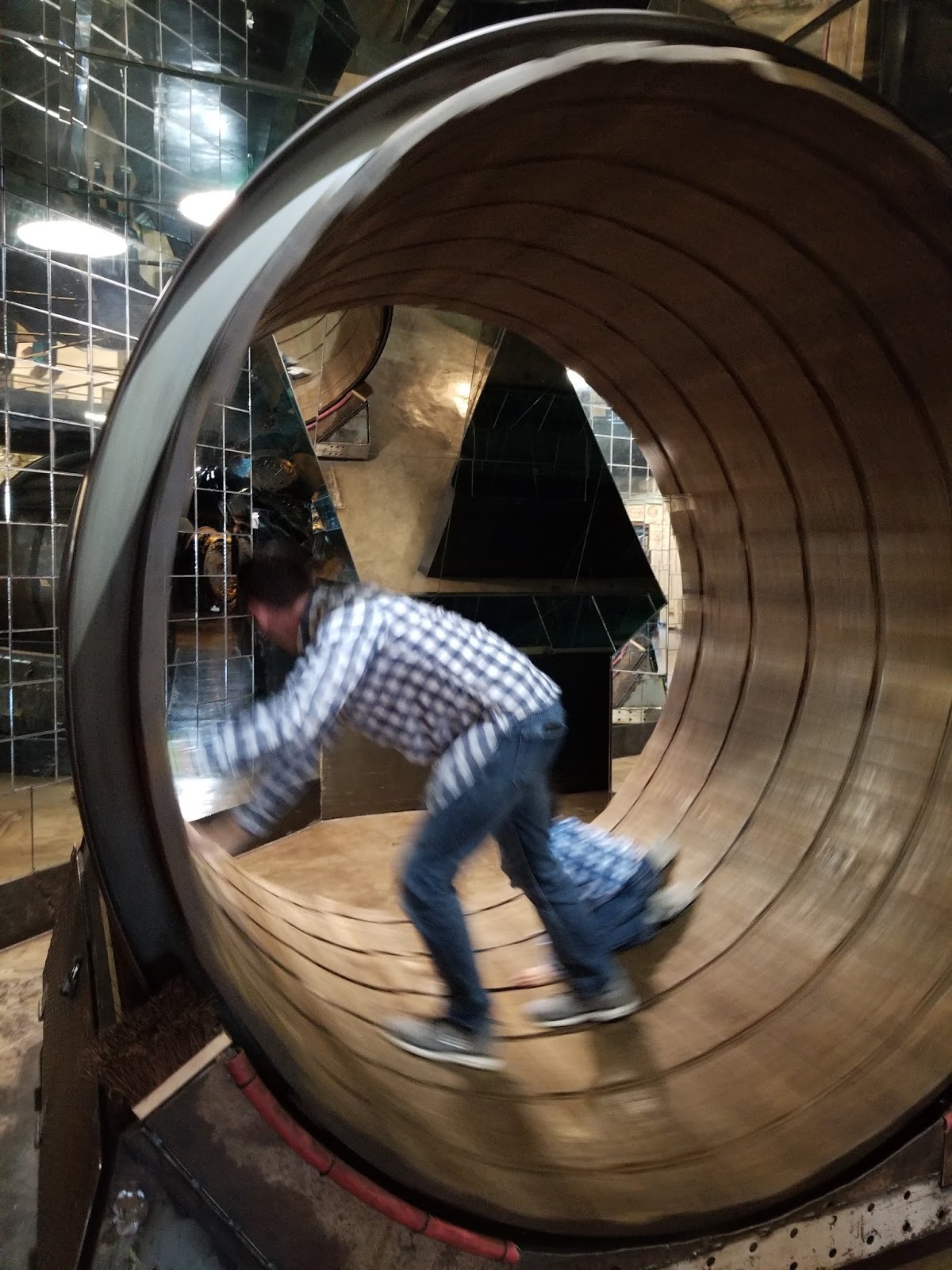 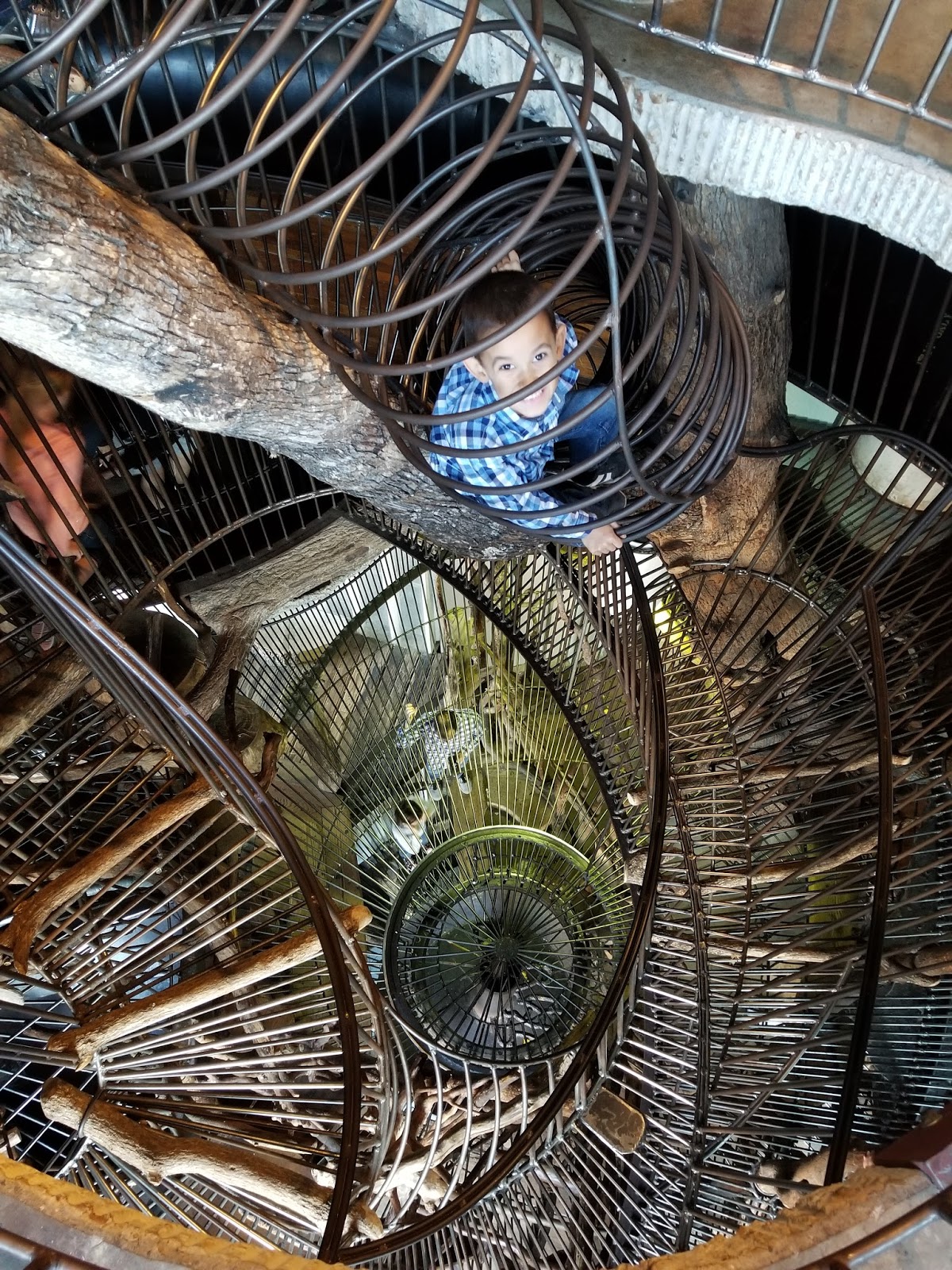 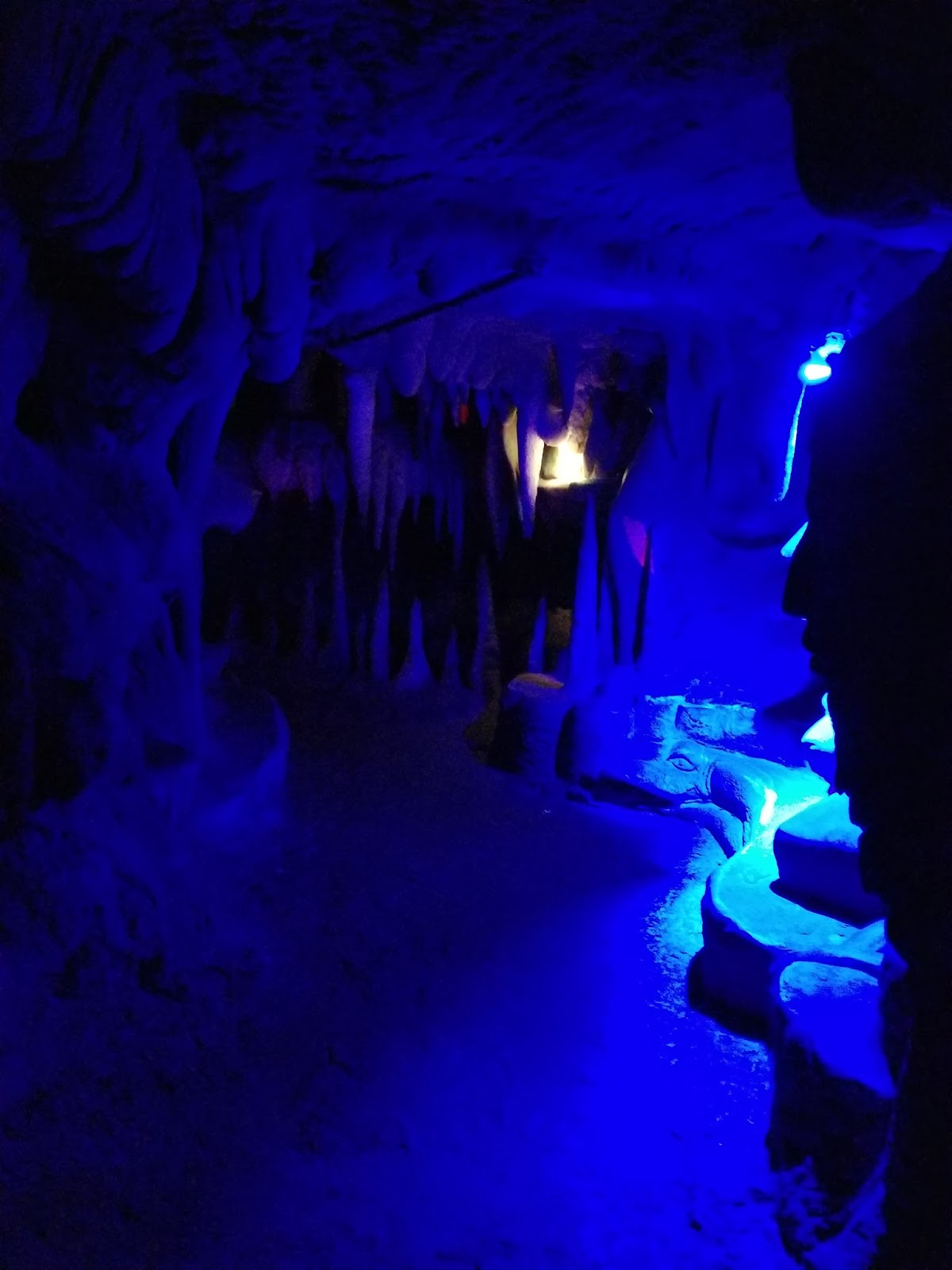 And I also recommend spending Thanksgiving in a hotel room, eating food you swiped from the Executive Lounge buffet, away from your crazy family, should you have one. 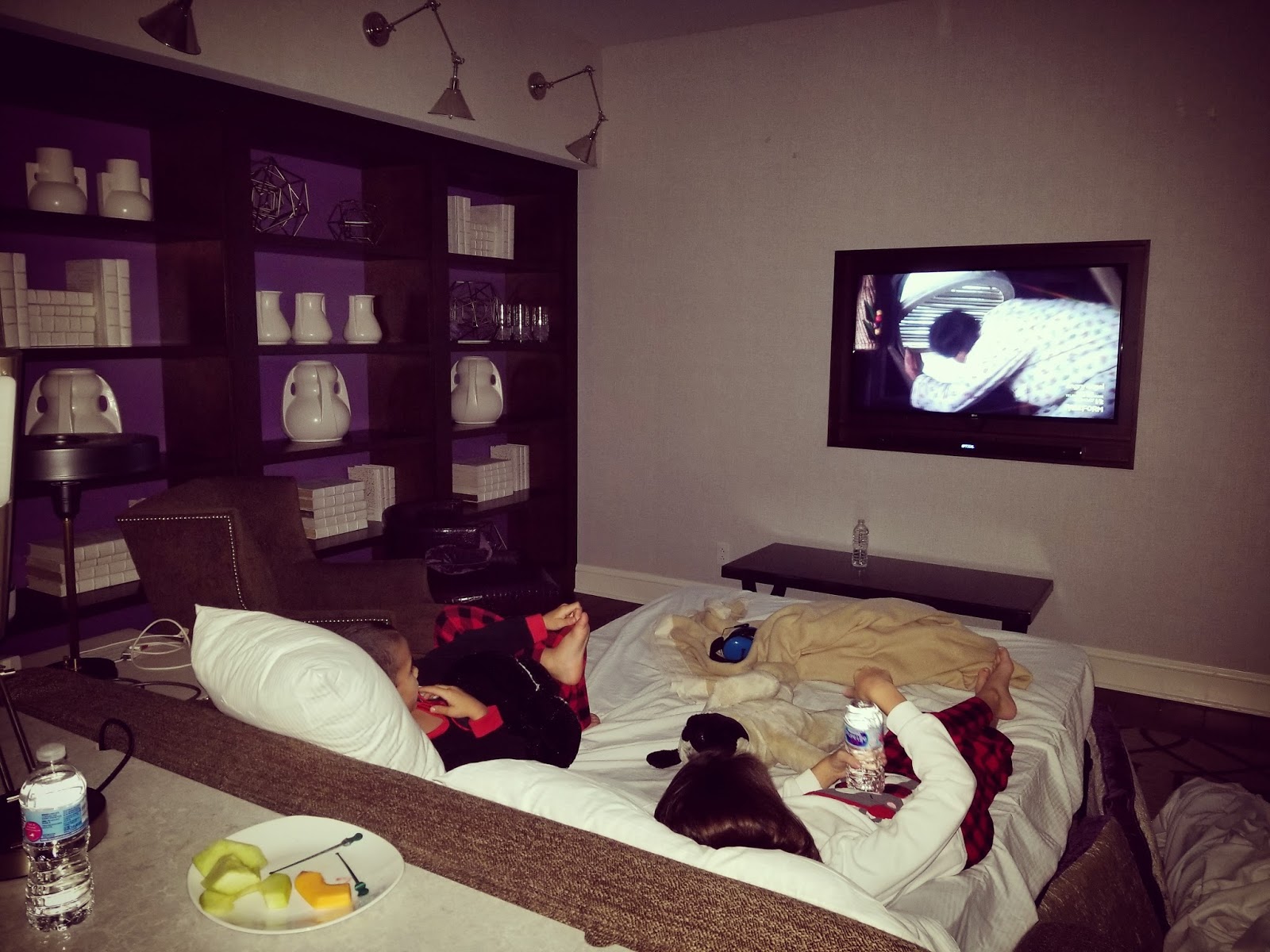 And should you ever happen to see a unicorn pretending to be Chicken Little, who is then assisted by seven minion clowns, make sure to take a picture because it really is quite awesome.

**** No unicorns or minions were injured in the dramatic retelling of this true life event. This was not a sponsored post.****

Tags: Only Me
Newer Posts

What The Hell Do People Think Of Me?