Ok, so, this post has been a little hard for me to write. I love this blog, I love that survivors are coming together in the comments section, I love that people are feeling comfortable sharing their stories, and I love that the stigma of abuse survivor shame is finally being broken.

Coming on here week after week and bearing my feelings in front of you all, it has not been easy. Writing comes easily to me, but the reflections I get while I’m writing, the memories that are dragged out of the darkness from the back of my closet where I have buried them away, they aren’t easy to face. But I can’t keep everything hidden away in the corner of a closet with the three year old me anymore. The closet is full. I can no longer close the doors on my past trauma’s. Just like all the wrong sized clothes that hang around in a closet and do no good to anyone, someone else could use them if you are just willing to pull them out and give them away. I wouldn’t have been in the closet if someone had seen me. I wouldn’t have spent years piling more, and more, into that closet and locking it away if I had known that it was ok to pull it all out. If I had known it was ok to tell someone what was going on and if someone had listened, I might have been saved from years of trauma. 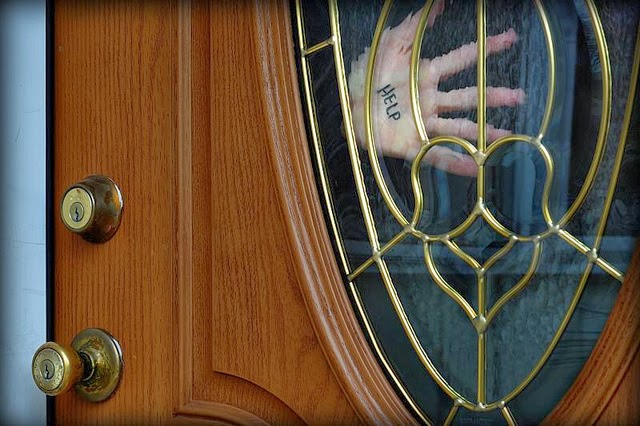 So I’ve been opening the doors, letting you all in, and beginning to sort through everything that I have worked so hard to hide away. I was hoping that it would help at least one person to realize that they are not alone, that they have nothing to be ashamed of. That it’s ok to open the doors because someone else did it first.

But this week has been a little sad for me. An article of mine posted over at XOJane and received a much larger response than I was ever expecting. Hundreds of comments later I was blessed with an overwhelmingly positive response, many from survivors themselves. But then there are those few negative commenter’s talking about how my story is most definitely false because it is so unbelievable. They were bound to come, I expected it. I know some were just being antagonistic and some truly don’t believe what I have to say, but what they said hurt. Deeply. I know that when a story as unbelievable as mine is heard, it is human nature to want to discredit it. It is so horrific, it simply cannot be true. So the doubters look for the little details that they think do not add up, such as the fact that “I” use different camera’s for my photo’s (please note the photo credits I put at the bottom of each post!) and they jump on them in an effort to discredit my entire story, without any proof whatsoever. I was expecting some negative comments and I thought I had braced myself, but I was naive. I wasn’t prepared for how the negative comments would remind me of all the reasons why I had spent so many years in silence. 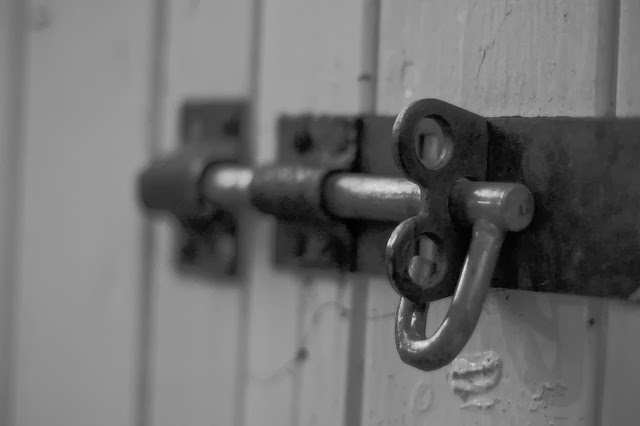 The disbelief doesn’t wane as I wade through the memories of my teenage years. I can’t believe that I missed weeks of high school at a time, so many that I failed my entire freshman year and had to take a double course load my senior year just to make up for all of the classes that I had failed, and yet, no one noticed. I borrowed lunch money from a friend literally every day because no one was buying groceries at home. His mom even worked at the school and they never noticed that I was coming to school many mornings after sleeping out of my home. What is even more disbelieving is that I’m not even sure my parents noticed, so completely wrapped up in my mother’s mental illness, because if they noticed, they surely didn’t care.

As I got older it became so cemented in me that no one cared, that I became my own worst silencer. After I went to the police and tried to report my husband raping me, and they basically told me that we were married so it wasn’t rape, it sealed my silence. For years the only thing I did was pile more and more into the closet. The few times that I did approach my family for help, I was reminded of just how very much it was all my fault, and I was shoved further into my silence. 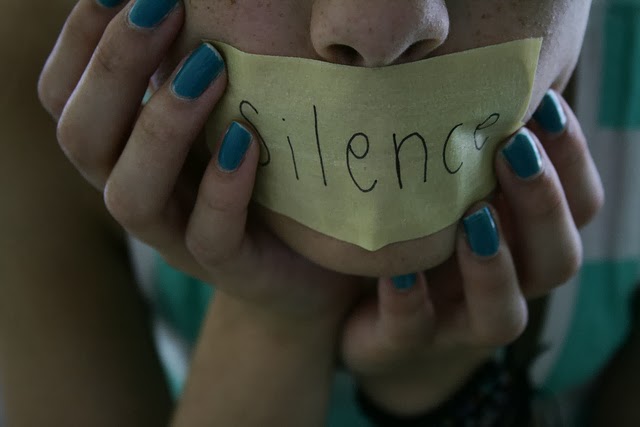 When the stranger rapist came around, sent by my ex as revenge, I finally decided I couldn’t be silent anymore. It wasn’t about me, it was about the fact that I was afraid if I was going to be killed, and that my children would be left without a mother. The town/county in which I live is notorious for dropping the ball on domestic abuse and rape cases. I only learned that after getting no help from them myself. You all have no idea how many times I sat with my attorney, trying to figure out how to protect myself from the stalker. I would just say over and over, “I can’t believe this is happening.” I have an email that I sent him, and it says “I feel like I am sitting on the sidelines, waiting to be killed. I’m screaming as loud as I can, and no one is hearing me.” Bit by bit as I pushed to be heard by the people around me that were supposed to protect me, I encountered more and more women going through the very same thing.

I had had enough and so the closet doors opened, and I couldn’t remain silent anymore. Things needed to be changed and so I broke the silence of my past, in an effort to change the future. I can’t help everyone, most days I can’t even help myself, but I’m trying. I am excited about the not-for-profit I’m starting. I am excited to be able to help all the the women (or men), that have fallen through the cracks. But sharing my story, its not been easy. It’s not easy for me and its not easy for all the other women who have their closet doors shut so tightly that no light gets in.

The biggest fear I’ve had, the biggest fear most people have that have been abused, is of not being believed, or of simply just not being understood. It is the main reason why so many of us stay silent. We have already been made to feel worthless and we can’t bear thinking of being made to feel that way again. Being looked down upon, being judged. We already beat ourselves up for things that were not our fault, but to have others wound us when we are down, it feels unbearable. 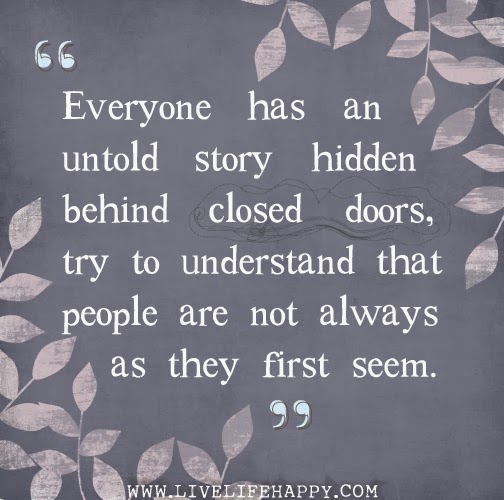 So here I sit, yet again, at another crossroads in my life. I can stop sharing my story. I can close the doors back up, put the lock back on, and walk away from my past. I can protect myself from the emotional trauma of being made to feel wrong, or I can keep sharing my story and be prepared to face the doubters, the name callers, and the silencers. I can continue sharing my story, bit by unbelievable bit, and rip the doors to my closet wide open. Let all of the other survivors take a look at the jumbled, disorganized mess inside, and realize that they are not alone.

I thought about pulling the blog down. I threw my hands up in the air, ready to give in to the nagging confirmation that I should never have started talking, and I cried myself to sleep. 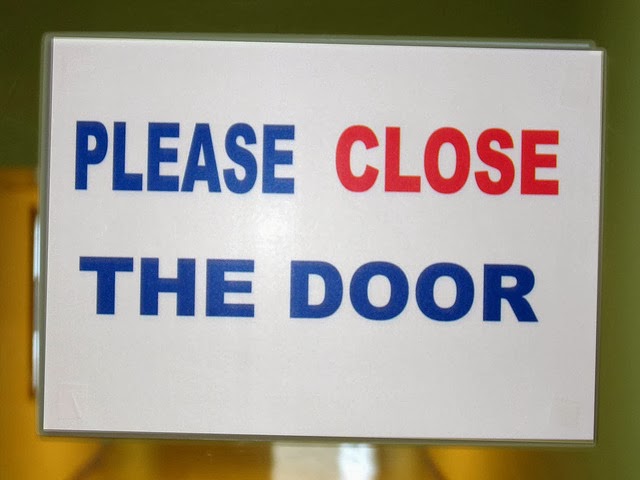 But then the sun came up

I’ve started this journey and I intend to keep going. I am so happy for all of you that you are taking this journey with me. Thank you for your kind comments and your own brave confessions. I will not give in to the silencers.

When Your Life Burns Down