Statistically, rape is the #1 crime to not be reported and one of the major crimes where women drop the charges. %60 of women do not report being raped and of the women that do, only %3 of the rapists will ever serve a day in jail. In this day and age of fighting for equal rights and gender equality, we are seriously failing our women.

Every day you hear politicians and college administrators talking about the ways that we can prevent rape. “Don’t dress provocatively. Don’t drink too much. Stay with a group. Don’t invite a guy into your room. Don’t walk alone at night.” That is ridiculous. You know why I was raped? Because someone fucking raped me. Not because of what I was wearing or what I was drinking. When people hear of a girl getting raped, so much focus is placed on what she was doing that led up to it. Let’s all dissect exactly where she went wrong. Let’s figure out how many rules she broke that led her to such a tragedy. Let’s figure out exactly where she went wrong so that we can teach other girls not to make the same mistakes. 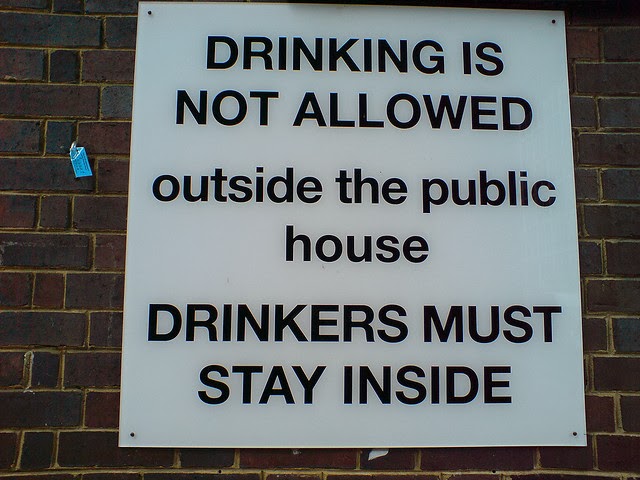 Well ok then, let’s talk about me. Let’s talk about the two rapes that were committed by a stranger guy that stalked me. The first one took place in a grocery store parking lot, in the backseat of my car, where I had been trying to tighten a car seat restraint (kids were not there), in the middle of the day. I was wearing yoga pants and a tank top, not exactly risqué clothing. I had not been drinking. The second time, the same stranger guy forced his way past me and into my home when I opened the front door after the doorbell rang. I was wearing sweatpants and a t-shirt, I was not drinking, and I was on the phone with my attorney of all people when I opened the front door and yet I still blamed myself. Oddly enough, the neighbors did too, and even more so, I’m pretty sure the police did as well. The questions they asked me were completely absurd. “What clothing do you normally wear? Could he have seen you in skimpy clothing? Do you normally wear that (red lace) bra? What medications are you taking or have you been drinking? How many people have you slept with in the past?” How on earth is any of that relevant to the fact that a STRANGER forced his way into my house and forced himself on me?

I’m going to be honest with you, I didn’t know what to say. I wanted to be honest, but I didn’t want them thinking I had asked for this and I was embarrassed. I can dress a little provocatively at times. I teach a strip dancing class to abuse survivors which makes me appear a little less then angelic and also causes me to have quite the lingerie collection, which obviously I wear, so yes officer, I was wearing that bra UNDER MY CLOTHES. I am the girl that will pull you off a barstool and push you against the wall for a little fun, I like to mess around, what can I say? I’m down for friends with benefits and I’m totally ok with that because it’s my body and I’ll do whatever the hell I want to with it. If I’m dating you, sure, I’ll show up to your office for your “lunch break” if you want and even when we realize your boss watched the whole thing on the security camera, I’ll still come back tomorrow. But you know what? I’ve only actually gone all the way with ONE person. That’s right, I have only had consensual sex with ONE person. I don’t want to bring a list of past sexual partners to whomever I decide to share my life with, so no, I’m not the girl that sleeps around and just accidentally lured the wrong guy home. I like to have fun, but in no way does that signify a broad coverage “consent for sex” signal. So what should I have told the officers? “Yes, officer, I am a bit of a whore, but I don’t actually sleep with the guys. That poor stranger guy, he must have just been confused.”

And now, thanks to my stranger rapist, the scales have been tipped for me. Because of an abusive ex and the stranger rapist, I have had more unwelcome dicks inside of me than consensual ones, but thank you officers, for prying into my sexual history to see just how much the slut that is me could have been asking for this. Let’s ignore the fact that this was a planned attack, somehow, I must have lured him to me. 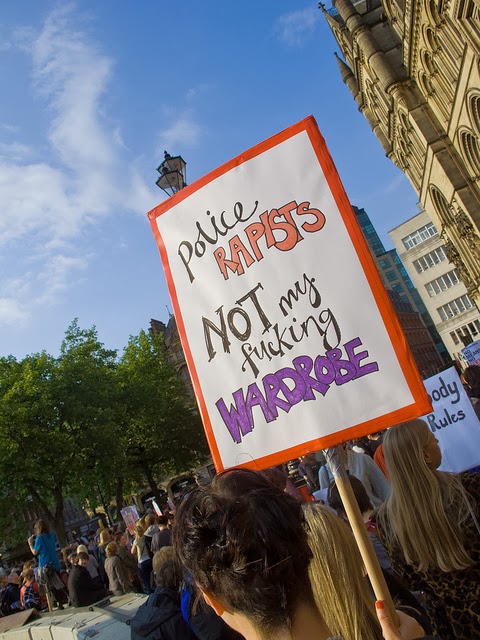 In no way did I lead this guy on, in no way did my clothing, or my drinking, or my interactions with him lead him on. If I caught that much flack for a rape that was pretty much as straightforward as a rape can get, what chance do girls stand that were raped when they broke the rules that society has set for “how to not get raped”? They don’t stand a chance.

Society blames girls for the choices that they made that led them to getting raped. On top of that, every girl is taught that if she gets raped, she has to perform her civic duty and report it. Then when she does, society scrutinizes every choice that she made that led to her getting raped. It’s a no win situation for her. How then, can you blame women for not reporting their rapes when all we are going to do is blame them anyways?

You want women to report their rapes? Stop looking at their lives through a microscope after they do. We are traumatized, we are ashamed, we are embarrassed. Stop putting all of that on display for the world to see and then pointing out everything that we did wrong. Let’s stop invading their lives and their personal spaces. Let’s make society stop publically raping them all over again.

You know why women get raped? Because someone rapes them.

Things That Make You Ask, Why??