Thursday I’m Getting My Face Broken

As a child I caught a knee to the nose and sustained multiple more nose injuries during the course of my marriage. It took what should have been an awesome nose and turned it into a slightly less awesome nose that’s all messed up on the inside. I keep getting sick, as everyone does, but for me it just hangs around in my head. Usually a sinus infection that inevitably morphs into something that robs me of my voice for several weeks at a time. My voice turns into something that positively sounds like a man is living inside my voicebox. As one of my clients put it, “Wow, sultry.” It’s been happening so often that my friends and I now have now named my alter ego “Roxanne.”  Roxanne works at an adult hotline and has some great times prank calling her friends. While Roxanne has been all fun and games, whisper yelling at my children is not really working out for me anymore. Not to mention, its bad for business when I always sound like I’m sick.

So a couple months ago I finally got my act together and I saw a doctor. Mind you I have no health insurance, so really, this was just to find out how many years it was going to take me to save up the funds. After visiting a couple of general plastic surgeons I realized that I needed something a bit more specialized.

I went to an ear, nose, and throat doctor who is also a renowned reconstructive facial plastic surgeon, because, HELLO, its my face. Anyone who is going to be breaking my face needs to be well educated specifically in face breaking.  I knew walking into the appointment that I wouldn’t be able to afford the surgery— this wasn’t a cosmetic surgery center, this was a university hospital’s reconstruction department, but as I said I wanted to get an idea of how much it was going to cost me so that I would know exactly how much I needed to save up. 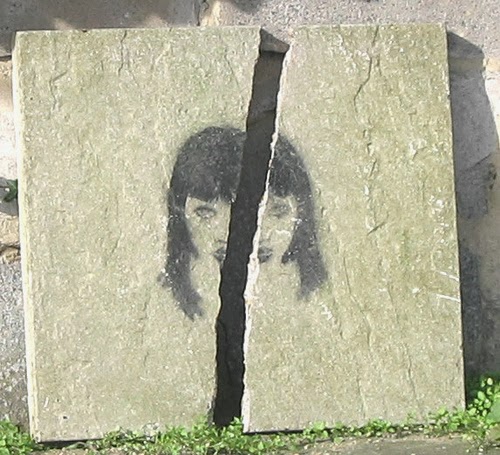 So he looks at my nose and he says “Did you get hit with something?”

He looks questioningly at me, “Did you get hit by someone?

“How many times did this happen?”

He sort of sinks down into his chair and I realize that I’m not going to be getting away without at least giving him a peek into my back story. Now you see, normally when I know I am going to have to tell anyone about my past, I have obsessively rehearsed what I am going to say, nine or ten… million… times in my head before I actually tell them. Nope, not today. We are winging it chica.

I’m not even really sure what I told him, something along the lines of broken nose as a child, abusive husband, single mom, not well off, just wanting to get an idea of what it would cost to fix this mess.

He looks at me. He says nothing. Not a word. Doesn’t raise an eyebrow, doesn’t flinch a smile, no gleam of pity or disgust in his eyes, nothing. I think someone might be sampling the office botox. 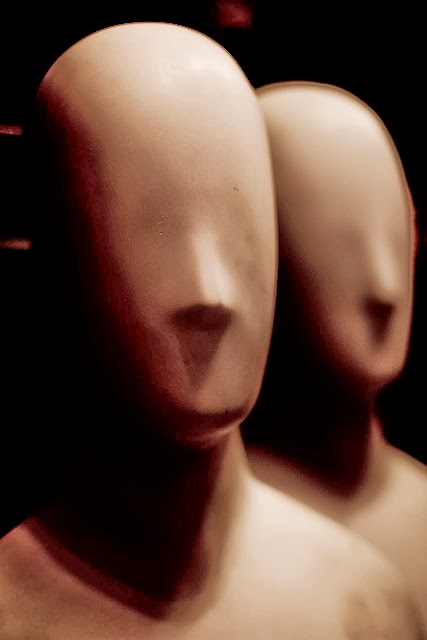 Finally, he breaks the silence with “Ok, well lets take a look inside and get some pictures taken.” He puts something in my nose that I’m pretty sure scratched my brain. Like if I roll my eyes far enough back in my head, I’m pretty sure I will actually be able to see a healing scratch mark. Then his nurse takes about 300 pictures from 200 angles, each time giving me the same instructions; “Don’t breathe. Don’t blink. Don’t breathe. Keep holding your breath. No blinking. Ok, breathe and then don’t breathe again.” I’m certain that if you look at the photo’s in chronological order, you will see me changing from a very pale Irish to a shade of blue that resembles the blueberry girl Violet, from “Charlie and the Chocolate Factory.”

After I am done with my simulated deep water free dive training, he takes me back into the office and seats me behind his massive desk. “Well young lady, you sure have come to the Cadillac of doctors today, haven’t you?” I explain to him my theory on face breaking education. He seems rather pleased with not only my assessment of him, but of his credentials as well and he starts to rattle off a laundry, yet impressive list of his qualifications.

He then asks me “why now? Why have you decided that now, after all of these years, is the time to fix this?” I go on to explain that not only am I getting repeatedly sick by junk that’s getting stuck in my head, but that this year has been an incredible year of healing for me. That my husband left, my life shattered around me, and that I’ve been busy picking up the pieces and building it back up stronger then before. That if there was ever a time to fix the broken parts of me, that it is now. I tell him how I’m starting a not-for-profit and that I am so excited to be able to help other women, but I need to be healthy, healed, and confident before I can help other people.

In his usual form, he says nothing for quite a while.

“So, aside from fixing the inside, since I’ll have to break the outside too, if you could look like any celebrity, who would you want to look like?” he asks me.

He laughs and basically says something to the effect of, “No, seriously, this is your chance to be anybody, who do you want to be?”

I remember quite clearly what I told him, because it was fairly life affirming to me, and yes, this was something that I had previously rehearsed in my head. I have thought the same thing in my head every time I have looked in the mirror since I was eight years old and caught a knee to my nose. 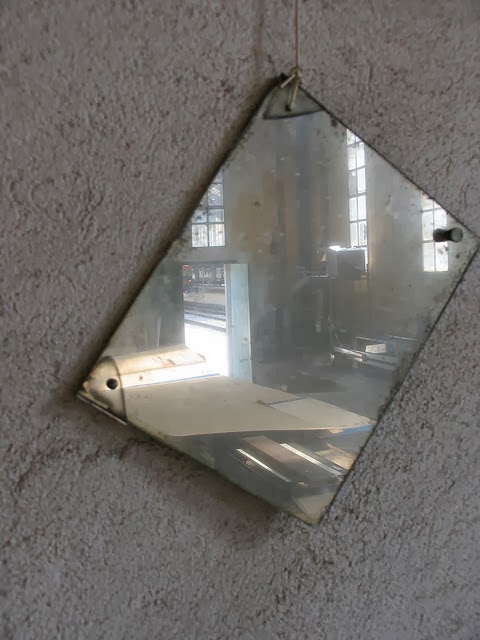 “I want to look like me. I don’t care if I come out prettier or uglier, or if my new nose is worse than the one I have now. I just want to be me. The me that I was supposed to be before someone damaged me. Before people took turns beating the “me” out of me. I want my true, original, authentic self, back. So yea, this might be my chance to be stunningly beautiful, but I don’t want that. I just want what I’ve never had. I want the chance to be me.”

Again with the no reaction from him, we sit there. Then he says “Ok, with operating room costs, anesthesia, the anesthesiologist, and my fee, the total cost could possibly be up to $28,000.” I stop breathing. He stands up and goes to walk out of the room, but before he leaves, he says “I’ll have my nurse come back in a minute to get you scheduled” and then shuts the door before I can say anything.

As I sit there calculating the costs in my head, I come to the conclusion that I will be able to afford the surgery approximately 45 years after I’m dead, assuming that my life insurance payout has matured in an investment fund. Sweet. 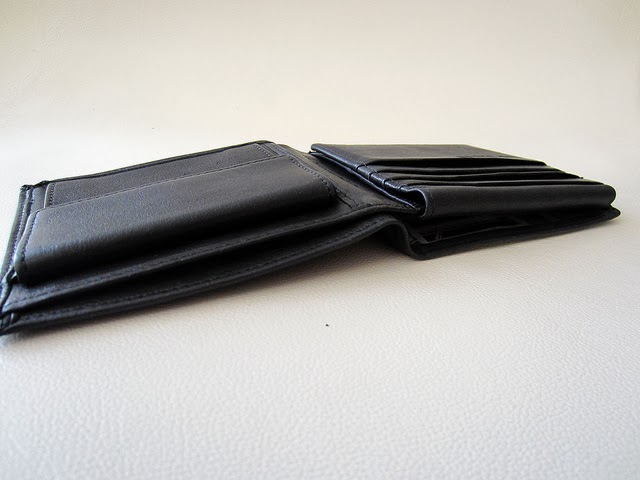 The nurse comes in, sits down, and says “Ok, Dr. said to go ahead and get you scheduled in two weeks.” Out of me comes this sound that half resembles a laugh and half resembles a gasp. “Two weeks! Yea, I’m going to need a little bit more time to rearrange my finances before I can get anything scheduled.”

“Doctor didn’t tell you?” she asks me and then doesn’t say anything else. Apparently being able to enact a long dramatic pause is a requirement of working here. Eventually she slides the billing break down sheet across the desk until its resting directly in front of me and says “doctor isn’t going to charge you.”

I literally burst into tears and yet, because I am prideful, I argue with the nurse that I can’t let him do that, there is absolutely no way I can let him do that. I am so insistent that she leaves to get the doctor. He sticks his head back in the room and says something that I will never forget, especially because doctors just don’t talk like this; “I don’t know what it is about you, but I like you. I can tell that you are going to do great things. Come back when you have changed the world and thank me then. Take your beautiful self and go leave your mark on the world.” 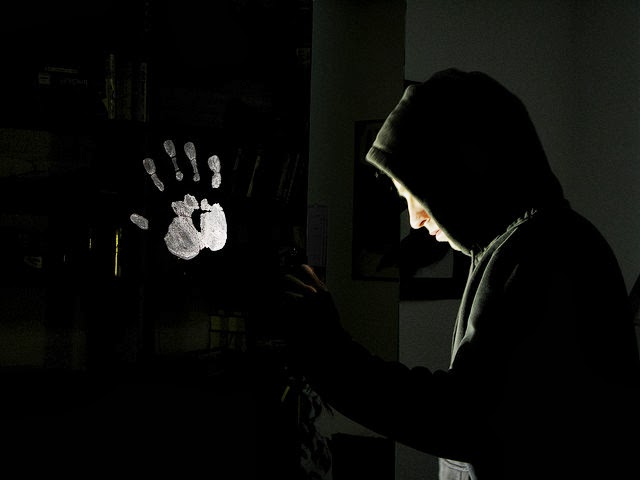 Then he offers to also pin my ears back while I’m under. I look in the mirror and oh my gosh! How did I never notice that my ears stick out? Like, A LOT!! Oh well. Nah, thanks, I think I will keep all of my original features, seeing as how I’m trying to get back to the basics anyways.

So Thursday morning my face will meet his hammer.

I sure hope I don’t let him down.