I’m Not Ok With Only Having One Foot

When I was twenty one I had reached a point where I was spending more time in a cast healing from a broken bone, then out of one. Years of dance and running had caused so many overlapping injuries that I kept breaking the same bones and tearing the same tendons over and over again. 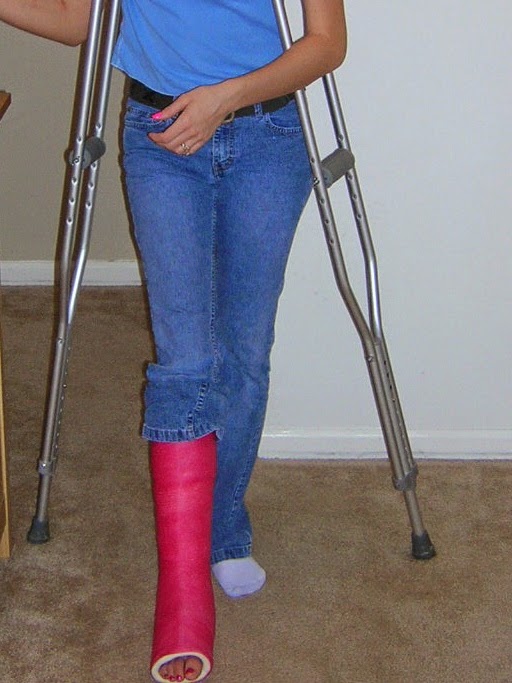 When I would finally get the cast off, I would be filled with hope that *this* time I really was healed and I could move past the pain and the struggles and finally get to do the things I had been waiting to do.

It never worked out that way though, inevitably several weeks out of a cast and I would be right back in one again, stuck in a cycle that I couldn’t get out of. I was forever putting my dreams on hold and the injuries were stealing away my ability to do the things that I loved. 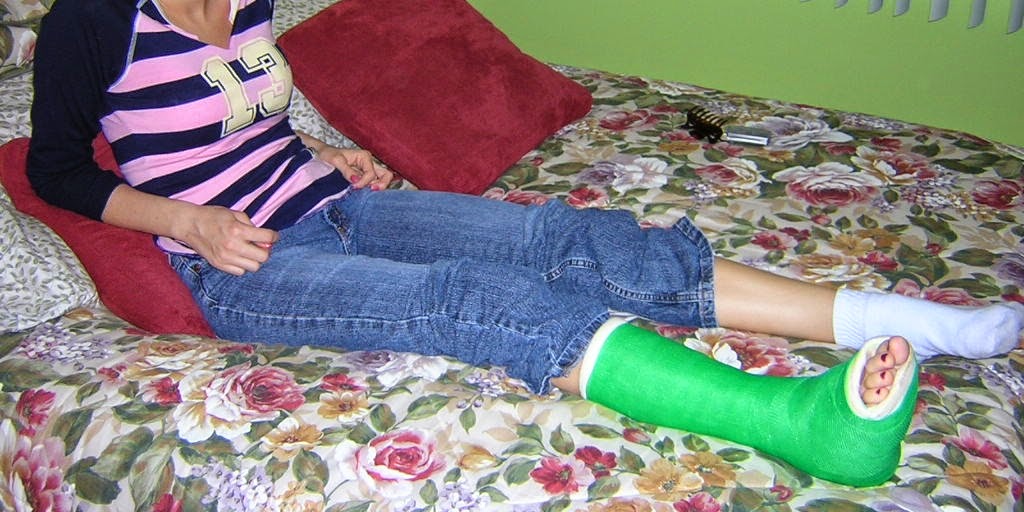 I look back on those days now and I know that just like so many other things in my life, I was trying to go about my days as if everything was ok. “If I can just get through this, it will be ok. If I can just make it through another healing, the rest of it will be smooth sailing.” In reality though, everything was not ok. I was struggling; struggling to keep up with the people around me and struggling to attain a level of normalcy that was getting exhausting. 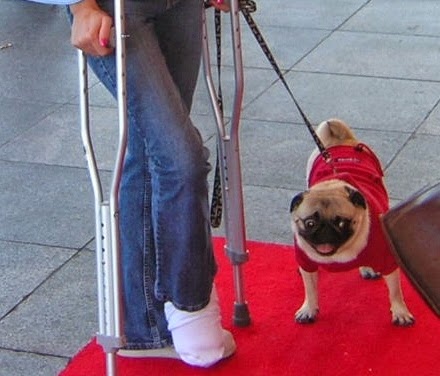 I decided that it was time to deal with it. I underwent some pretty drastic surgeries that to this day leave any pain that I have ever felt unrivaled. To be honest, neither my doctor nor I were quite prepared for the fallout of the surgery. What had already started out as a pretty big surgery on one foot (the other to follow in six months time), turned into a surgery that went six hours over the three hour estimated surgery time. When I woke up, I was in for the shock of my life. Through my haze I remember the doctor telling me “it was a lot worse than we were expecting. We couldn’t save much of the “original structure,” we didn’t have much to work with, we don’t know how this is going to heal.”

In layman’s terms, what did that mean? It meant that in a surgery to stabilize my ankle, I woke up with my Achilles tendon (the big tendon that runs from your heel up the back of your leg) not only lengthened, but surgically stapled back my my ankle joint. A major foot joint was now fused with screws. The tendons over the top of my foot? Transplanted with organ donor parts, stitched to mine, and then stapled to the bones. Since my foot was straighter than it had been before the stabilization, they had to saw my heel off, move it over, and screw it back on to get the right alignment.

How did it heal? Not well; I almost lost my foot. Nerves had been cut, circulation was poor, I spent quite a bit of time in the hospital, and I was sent home with a “I really hope this works out” prognosis from the doctor.

My biggest issue was that it wasn’t healing. So many of my blood vessels had been cut that I wasn’t getting the circulation that I needed to heal the bones, so my doctor enrolled me in a clinical trial. Four times a day for thirty minutes I had to wear a “bone stimulator” machine that would bring blood flow to the bones and hopefully heal them. It burned. It also sucked. Above all though, it worked.

When the bones were healed enough to consider the surgery a success, I had some of the hardware removed and a scar revision surgery. By the time I was healed enough to start physical therapy, I had almost no muscle mass left. 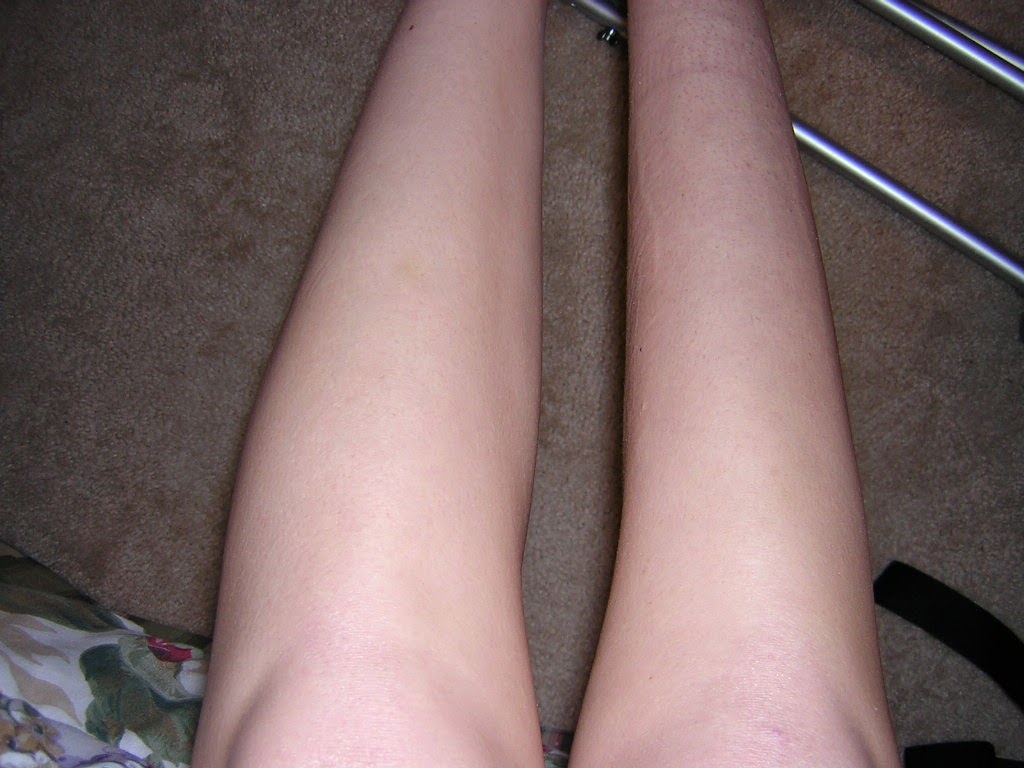 I threw myself into therapy, determined to get my life back, determined to get the results that I was aiming for when I started this process. Despite the fact that I was getting beaten by my ex more than ever at home, despite the fact that I was in pain everyday, I wasn’t about to give up what I had set out to do. I had come too far and fought too hard to give up now. I knew what my goal was when I started this and I intended to end up at the destination that I was aiming for.

When I was finally to a point where I was considered healed, I got the heinous joyous experience of going back to the operating room and doing the entire process over again on the other foot. You know what? It sucked just as much as the first time did. No, actually, it sucked more. I didn’t care though. I was not about to stop halfway through. One good leg was not going to help me. It was not going to give me the life that I had been dreaming of when I had started the journey.

I had weighed the risks, I had looked at the possible outcomes, and I had consciously chosen to go under the knife again in order to complete the mission that I had started.

I didn’t want half of my mobility. Half way was not going to land me at the final destination that I desired. Not only would stopping halfway through have wasted all the work that I had already done, but it was forever going to hold me back from the life that I was aiming to have; so I went for it. I threw all my cards in and thankfully I played them right.

Looking back now, I can’t believe how far I have come. I went from watching my life slip away as one by one I lost the ability to do the things that I enjoyed, to taking a leap of faith that almost caused me to lose a limb, and gaining an outcome that I couldn’t have even dreamt of.

I had wanted a normal life. I had wanted to be able to walk without crutches and shower without one casted leg hanging out of the bathtub. What I got was a rekindle to my dance career, miles upon miles of running, absolutely no residual pain, and robot ankles that set off the metal detectors at the airport (yet surprisingly not at the courthouse).

I am absolutely terrified.

Actually, terror doesn’t even begin to describe what I’m feeling. To be honest, I’m not even sure that I will be able to convince myself to show up (I’m counting on the fact that Mr. Attorney Man tends to run a bit behind on the blogs and won’t be seeing this until after Monday)

I’m not looking forward to Monday, not in the least, but the foundation of my life is not stable with only one foot done. I need two feet. I need two solid feet and I won’t stop until I get them.

I just hope that I can convince the literal two feet that I have to walk me into that building on Monday morning. The journey of my life, of my kids lives, is going to need two figurative feet in order to get us to the top. If I have to climb this mountain with the kids on my back, fighting off mountain lions and crazy ex’s, I’m going to do it because I won’t stop until we get to the top.

Sometimes you have to remind yourself that the destination on the other side is worth the painful walk to get there. Life isn’t always an easy stroll, but the harder you work, the greater the outcome. If the mountain were that easy to climb the entire world would have lost appreciation for it’s view.

Only the dedicated make it to the top while the rest simply fall along the wayside.

You can make it to the top, you just have to be willing to conquer the rough spots in the middle and not give up when the going gets tough.

No one wants to brag that they climbed half a mountain.

Be the one who see’s the view. 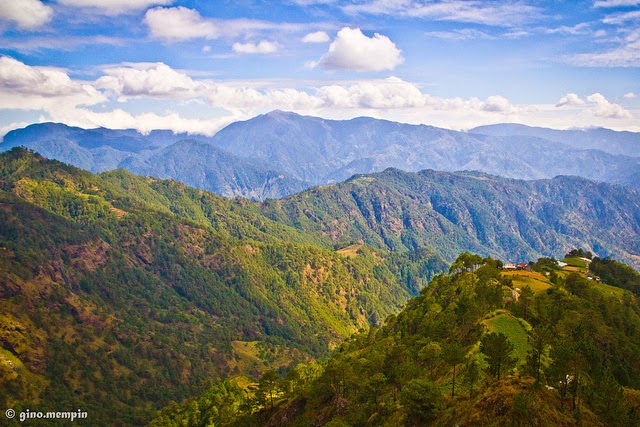 And Then My Brain Exploded….