Did You Hear About The Tradition That Killed The Reindeer?

Christmas growing up in my household, like many households, was basically like living in the movie “Groundhog Day” only with a holiday twist. Every year it was the same cast, same scenery, same lines, except we all just kept getting older and there was a Christmas tree. My father, having Aspergers syndrome, was extremely set in his ways of thinking when it came to “this is how we do things.”

So what that looked like was that every Christmas morning, year after year, my father would inevitably get upset with us moments upon our awakening and cancel Christmas. I’m not even kidding. My brothers and I used to take bets as to how far we would make it into the festivities before he canceled the holiday all together. Would it be 9am? 10am? Oh look there he goes,grumbling and yelling and canceling Christmas. The man seemed to be under the impression that if he deemed Christmas to be canceled, then it was. Inevitably Christmas would re-open for business a few hours later once he had calmed down and we would move onto even more ridiculous traditions like the fact that every year he gave us socks.

Not just socks, but SOCKS.

Packages and packages of socks. 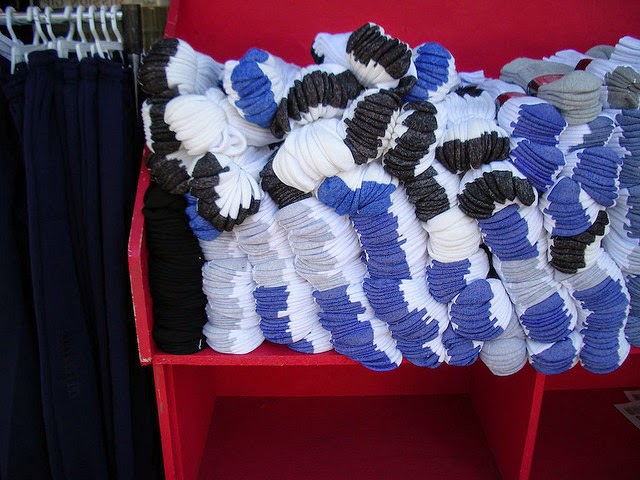 My brothers and I were utterly annoyed as children, because “yay, presents!! oh wait, just socks.” We were so geared up for the disappointment of our Fruit of The Loom Christmas that we would shake all the packages before we opened them just so we could seek out the socks and open them first. No kid likes to get to their last present and have it be socks.

Then my father got smarter and started messing with us. He would wrap them in different sized boxes and add in a few random household items to throw us off.

“Oooo, this is a nice heavy box! I bet it’s….oh wait. It’s my mother’s curling iron, a two pound weight, a few rocks from the backyard, and socks.”

While it appeared to my brothers and I that my father very much enjoyed every minute of our disappointment, we came to understand that despite his typical stone-like exterior, that was his way of showing us a little Christmas humor. Eventually we learned to laugh with him which is good because as far as I know, the tradition is alive and well.

As I got older, the traditions became more of the obligation style. My large extended family all lived in the area and because of that I was subjected to more holiday meals than one should ever be allowed to eat. “Be here for dinner, there for breakfast, pop over here for lunch, drive down the street for dinner, and then up the street for dessert.” My Christmas would be spent rushing from one place to the next and before I knew it, the season was over.

One year my ex and I were rushing to get to the Christmas Eve service at our church and we were driving down a farm road. He was screaming at me for something and I was crying (typical) and all of a sudden he slammed on the brakes. I wasn’t looking at the road ahead of us but it was snowing pretty hard so I just shut my eyes and braced for impact, absolutely certain that we were about to plow into a car in front of us. Our car slid for what felt like an eternity and only when it had finally came to rest did I dare open my eyes.

I was not expecting what I saw.

To this day it’s about about the closest thing I have ever come to having that Hallmark Movie holiday moment that I always dreamed of having and I wouldn’t be surprised if it stays that way.

I opened my eyes and there was a very large buck, antlers and all, standing about two feet in front of our car. I swear it was a scene right out of the movie “Prancer” except that there wasn’t just one deer, there were probably about 60. It’s not unusual where I live to come across herds of deer, but this was by far the most I had ever seen standing together and with the added ambiance of the snow, the whole experience was a mixture of eerie and utterly amazing. The buck didn’t move, just stood there as his nostrils flared and the steam of his breath filtered out into the air. The other deer though, they moved.

They moved towards us.

I’m sitting there with my mouth hanging open while my ex is yelling about how “if the deer jump on our car they are going to dent it and break the windows” and “why aren’t they moving we are going to be so late” and at some point I just threw my arm out and across his chest and practically hissed at him “shut up!”

He was more stunned by my behavior than by the fact that our car was nearly engulfed in deer, but either way he did finally shut up.

“Look at them!” I squealed with glee. “This is right out of a Christmas movie!!!” 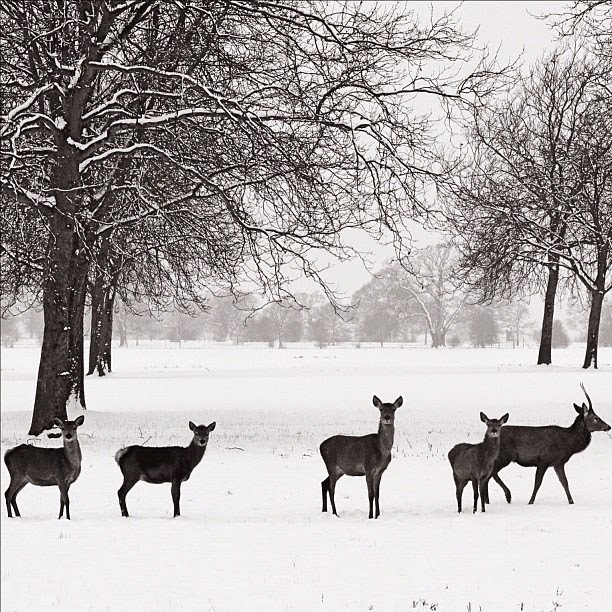 All 60 or so of them had not only walked towards us, but had completely encircled our car. Snow was falling around us and there was literally not a sound to be heard except for the pawing of a few hooves on the frozen ground.

I sat there in awe for some time while my ex grumbled and muttered and eventually the deer simply walked away.

It is easily the most magical moment I have ever had in my life besides the birth of my children and yet for my ex, he probably doesn’t even remember it.

You see the thing is, in life we get so caught up in where we need to be and what we need to get done that we forget to look around and enjoy the beauty of the season. We fill our days with things that we would rather not be doing, but things we do nonetheless, just because they are things that we have always done before. We rush from party to party when we would rather be at home with our loved ones. We spend hours writing Christmas cards when we would rather be snuggled up on the couch with our children. We miss out on everything we would have rather been doing because we used all our time doing things we didn’t want to be doing.

Why do we do that?

“Because we always do those things, it’s tradition!”

The thing about traditions though, is that traditions are great, when they are great. Unfortunately in many families what started out as something great has turned into a less than enjoyable obligation.

“I don’t really like making this fruitcake, especially because no one eats it, but I will spend my time making it because I ALWAYS do.”

Just because something “has always been” doesn’t mean it “always has to be.” Traditions are great, if they are great. If they don’t make you happy, why not stop doing them?

Because we as humans are creatures of habit and habits make us comfortable.

Habits help us get through our day by making an otherwise chaotic world feel more comforting. Because of that, when we think of changing our habits, or in this case our traditions, it feels unsettling because you aren’t just removing the habit, you are removing the comfort that came with it.

A holiday without tradition’s is unknown territory!!

I know this because I’ve been living it for the past couple of years now and it really surprised me how I felt about the changes. No more crazy family? No more unwanted obligations? No more spending the holidays upset and stressed?

Except that at first it didn’t feel wonderful.

“Sure Eden, because that sounds logical, miss something that you didn’t even want.”

Except that I know you know what I’m talking about, because we have all felt that way at one time or another!!

Why? Because we are creatures of habit!

The thing about habits though, is that they are not always good for us. They don’t always make us happy. They don’t always serve us well. They overtake and overrule other goals that we have for ourselves, and yet we just keep doing them, because that’s how habits work.

Do you know what the definition of a habit is?

Habit: A regular practice or tendency, especially one that is hard to give up.

Do you know what the definition of a tradition is?

Tradition: A way of thinking, behaving, or doing something that has used by the people of a particular group for a long period of time.

Basically, a tradition is a habit that extends beyond belonging to just one person, which my friends, is why traditions are so hard to break. Even when just like habits, they are not good for us, we don’t enjoy them, and they overtake the other things we would like to accomplish, we continue to practice them because traditions have become habits with peer pressure. 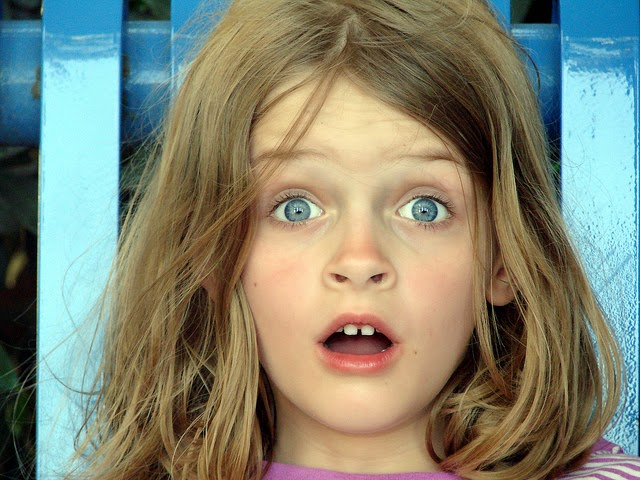 Now you see, for once my family situation is allowing me an added benefit that a lot of other people do not get the luxury of having (never thought I would get to say that!!). My traditions are gone. They are obliterated and no longer existent. I’m at an advantage here because I have a clean slate to reevaluate what “traditions” I would like to start in my own life.

Traditions are important, but not as important as the feelings and the meanings behind them. What often starts out as something that we repeat because it makes us happy can oftentimes end up being a constricting obligation that stresses us out because we have changed and the tradition has remained rigid in it’s execution.

There is nothing that I want more than for my children and I than to be able to look back and remember feeling loved, relaxed, and happy during Christmas. That is more important to me than remembering the things we always did and the places we always went. If we do those things, fantastic, but I don’t want to do them if the memories attached to them are riddled with stress and unhappiness.

The tradition that I want for you is happiness.

Whatever you choose to do this holiday season, whether it’s the same thing you have always done or something that you are doing for the first time, remember to do it because it makes you happy.

At the end of the day, it’s the reindeer in the snow that will be your most magical moments and the memories you cling too, but you will never get to see them if you are rushing around in the uncomfortable comfort of your habits, catering to everything that you didn’t want to do in the first place.

If your time is all filled up with things that no longer bring you the magic of the season, you will never have any time for the reindeer in the snow.

Leave a little time for the reindeer in the snow.

It’s worth it, I promise. 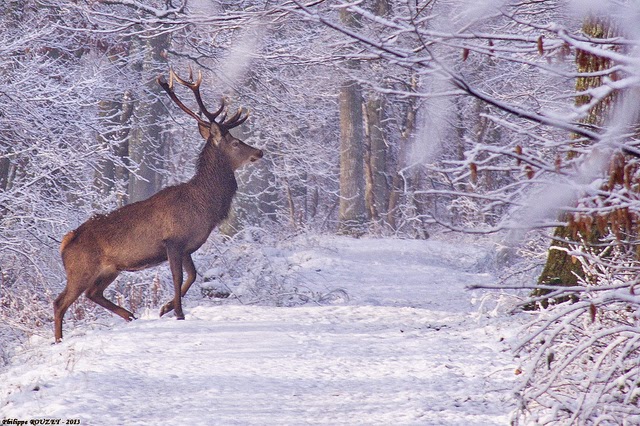 Do You Wanna Build A Snowman?