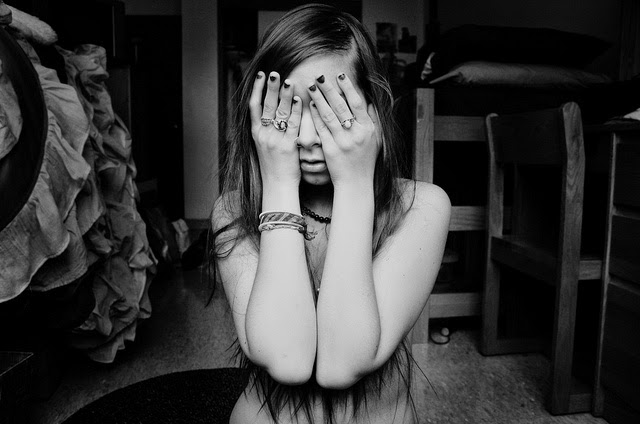 As you guys know I’ve been a support group leader for sexual assault and domestic abuse victims for a while now. Aside from running general groups, I specialize in assisting sexual assault victims with regaining their sexuality.
Support groups are fantastic, amazing, wonderful places, but unfortunately they are oftentimes filled with women who have been so beaten down that they are too shy to speak up. They are feeling shame for what happened, shame for their bodies, and embarrassment for a crime that involved such a private act. Compound that with the fact that the leaders of the groups certainly don’t want trigger anyone by bringing up the whole “penis in vagina” topic that brought most of the women there in the first place, it leads to the fact that oftentimes sex after rape is just simply not talked about in many groups.
These women got forced into a sexual act and then no one wants to talk about what the next sexual encounter might be like. How scary to have the most terrifying event in your life take place and then have no one prep you for what might happen the next time you encounter a situation that while totally different, is kind of the same?
It occurred to me one day, while teaching strip class to assault survivors, that here I was assisting these women while they reclaimed their sexuality, and then I was sending them back out into their lives afraid to use that sexuality.
I let all the women know that I would be holding a special group specifically to talk about sex after rape and then left it up to them to decide if it was something they felt like they could benefit from.
They all showed up and then some.
Since this is a subject rarely talked about in most support groups, I’ll ask you, do you know what sex is like after rape?
I know that the issue obviously spreads further than the walls of the group that I teach, maybe even to some of you, so why don’t we take a minute and talk about it?
How might someone feel having sex after being raped?
Unfortunately I can’t tell you exactly what sex is like after being raped because no two people are alike. Experiences ranged from simply not being able to do it, to mentally checking out, to having a full blown panic attack, to suddenly becoming enraged during a flashback. Other women were totally fine and that made them feel bad. The felt like they should be feeling something that they weren’t, as if maybe their rape didn’t mean that much.
Trauma manifests itself in so many different ways that it would be impossible for me to cover them all. What I can do though is to share some of the most common issues that arise when having sex after being raped.
Common responses during sex after rape can include;
-Flashbacks
-Anxiety/panic attack
-Feelings of rage or shame
-Vaginismus (an involuntary spasm of the muscles in and around the vagina stemming from a psychological response that makes penetration uncomfortable or even impossible)
-Disassociation from your surroundings
Those are some of the most common responses, but they are not the only responses. The way that a person reacts has no right or wrong answer. I always say that you can’t always understand traumatic reactions because they are the response to a situation that should have never existed. You can’t always understand the act that caused the trauma and you can’t always understand the reaction to it.

There is no right or wrong way to react during sex after being raped.

What someone can do though, is to be prepared. Be armed with knowledge by spending a little time looking into the effects of Rape Trauma Syndrome and Post Traumatic Stress Disorder, two things that affect a good majority of rape survivors. Learn what might and could happen; not to become scared, but so that they can better understand what is going on in the moment that it is happening should an issue arise. There is no way to control how someone reacts, but understanding why it is happening goes a long way in being being able to work through it.
Good communication between a survivor and their partner is key.

Sex isn’t a one person job and the person someone chooses to take with them on their first sexual experience after rape should be someone they trust. Knowing that the other person is going to let them take the lead and move at their own pace will set the tone for healing. If they are pushed too fast there is a good chance they will go running in the opposite direction, which only makes the journey moving forward that much longer.

The most important thing that I can tell someone about sex after rape is that it is ok to wait until they are ready.

There is no deadline, no timeline that they should be moving at. Some people want to do it right away to get it over with and prove to themselves that they can still do it. Other people take years before they are able to let themselves go there again.

Did You Hear About The Tradition That Killed The Reindeer?