I Have A Surprise For You… 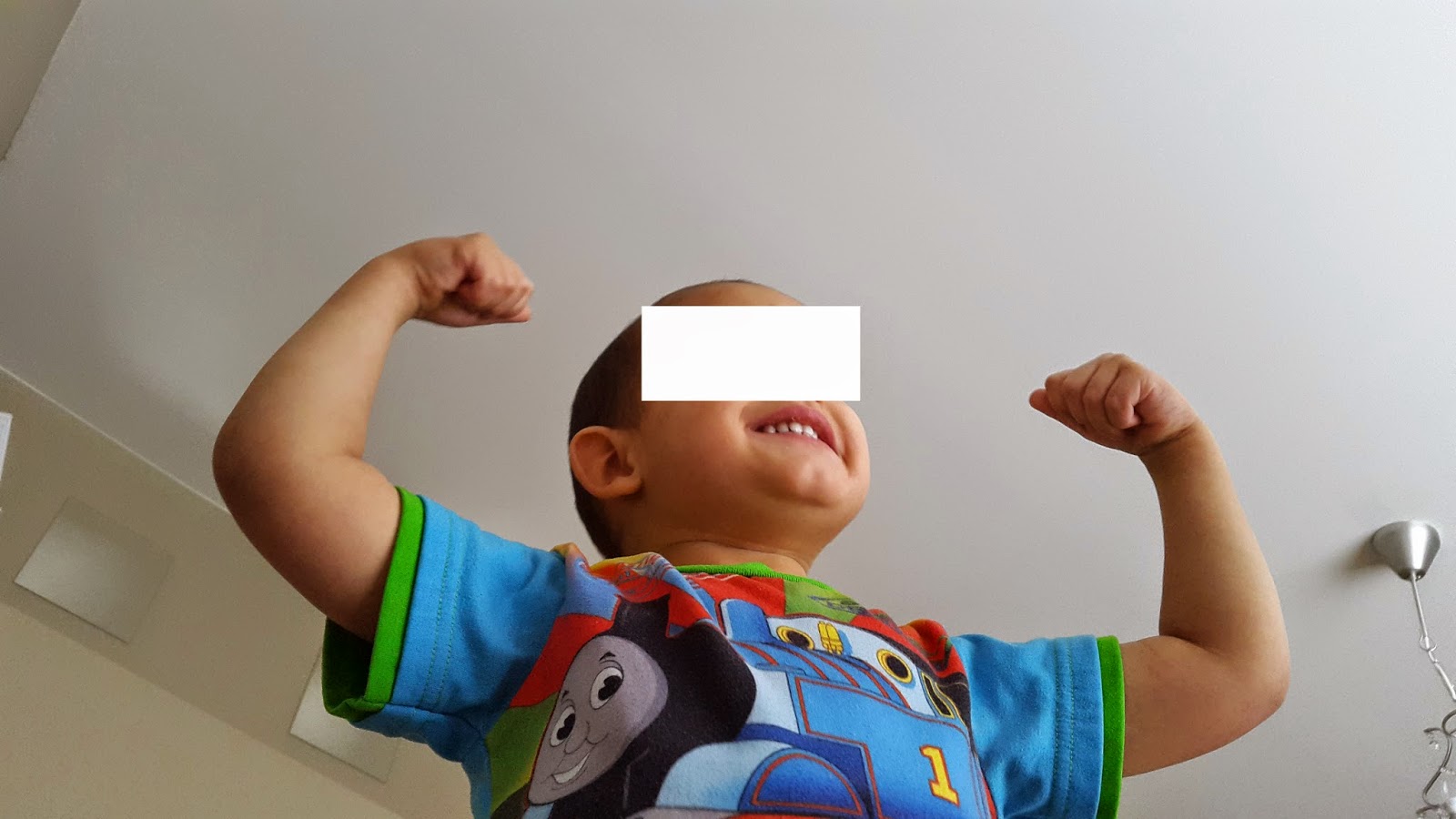 A little man standing on my bed while he exclaimed “look how big my muscles are!”

As much as I like the weekends, I also like Mondays. I mean really, there are only so many ridiculous and incessant questions that any single human being can answer before they need a break.

Allow me to explain.

We had just pulled out of the driveway and were not even out of our neighborhood before The Girl Child asked me “Mommy, what do you do if you are in the car and a tornado comes?”

“Well Girl Child, you find a building to go into.”

“But mom, what if the building is entirely filled with bad guys?”

“I don’t know Girl Child. I guess you just hope that doesn’t happen.”

“Mom? What do you do if you are in the woods with a gun and a bear comes running towards you and you think it’s going to eat you. Do you shoot it?”

“But what if the bear wasn’t really going to eat you, it just saw that you had a gun and was running over to tell you that it was a friendly bear?  How would you know?”

Trying to change the subject…”Hey! Girl Child! Look, that license plate says Puggie on it!”

“No, on the license plate.”

“No, it’s written on the license plate.”

“Right there, on the license plate.”

“Because a pug is driving the car?”

“But doesn’t your license have to tell who you are?”

“Yea on your drivers license but this is the plate for the car.”

“No but…ok, a license plate is a square metal thing on the back of the car that tells the police who the car belongs to.”

“But you said it didn’t belong to a pug.”

…and then she cut me off with “Mom, can we just wait to talk about this until I’m a little older? I just really don’t understand what you are trying to explain to me.”

It was then that I enacted the “no talking anymore in the car” rule, turned the radio up, and listened to my Boy Child belt out a few song lyrics from a song that came on, a song that I had no idea he knew, and now I’m feeling like I should go re-read a few parenting books because I think I’m doing it wrong.

Speaking of “I’m doing it wrong,” this happened. 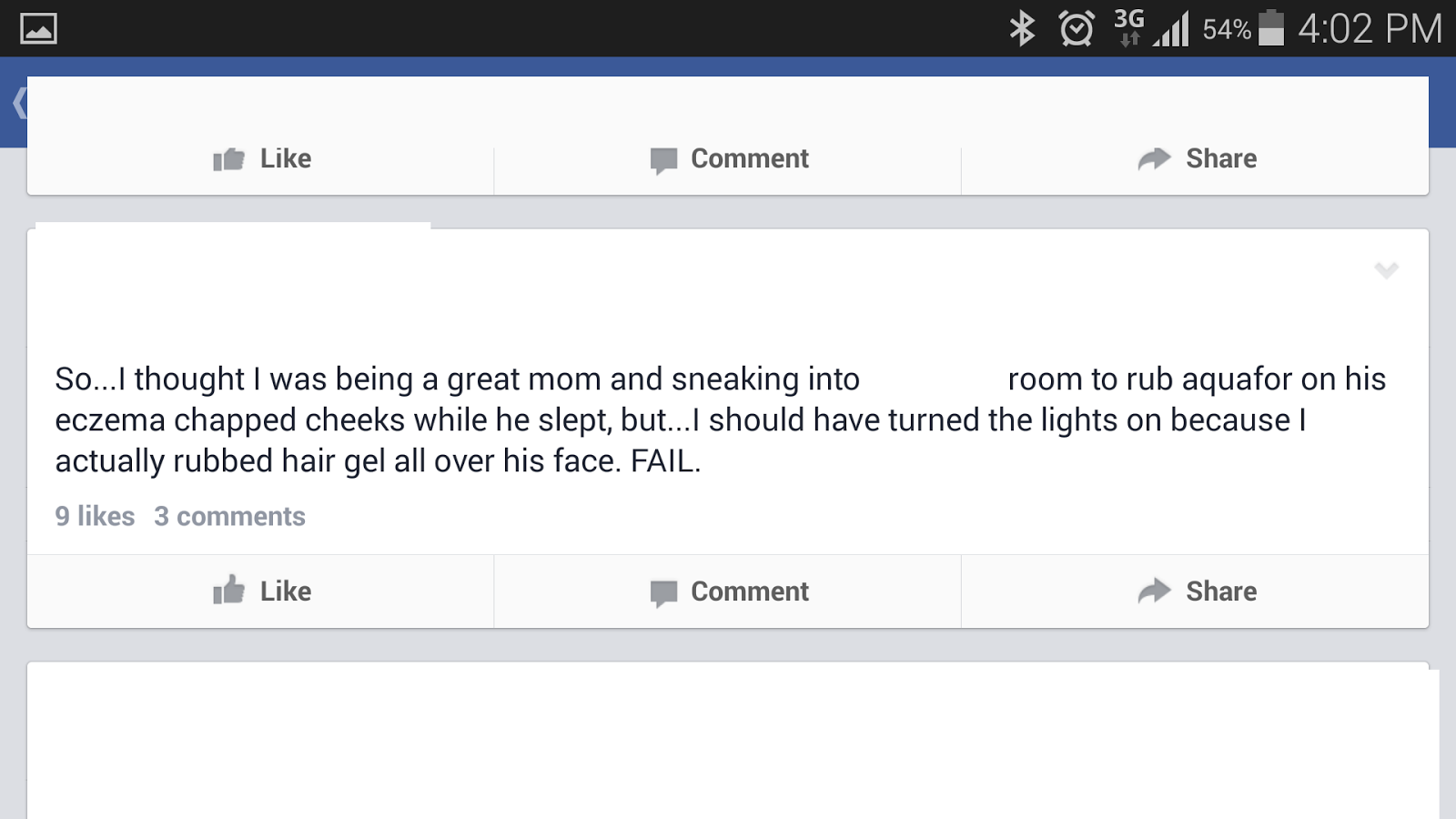 Hey but at least as of Wednesday we have made it this far!! 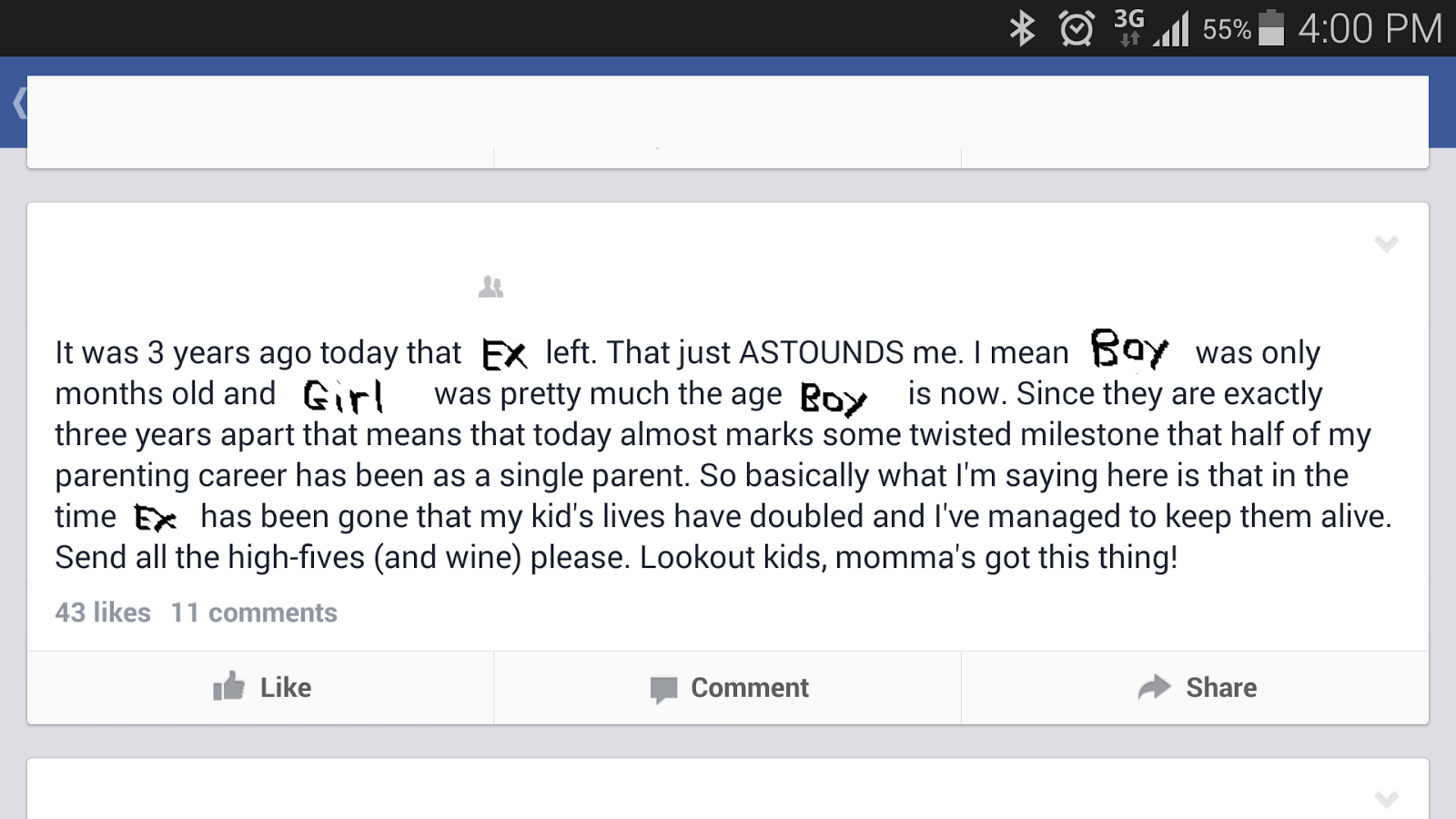 Totally spent time editing this from my personal Facebook account and then realized I could have just pulled the already edited version from the blog Facebook. Duh.

In all honesty they should just be happy that I keep them: 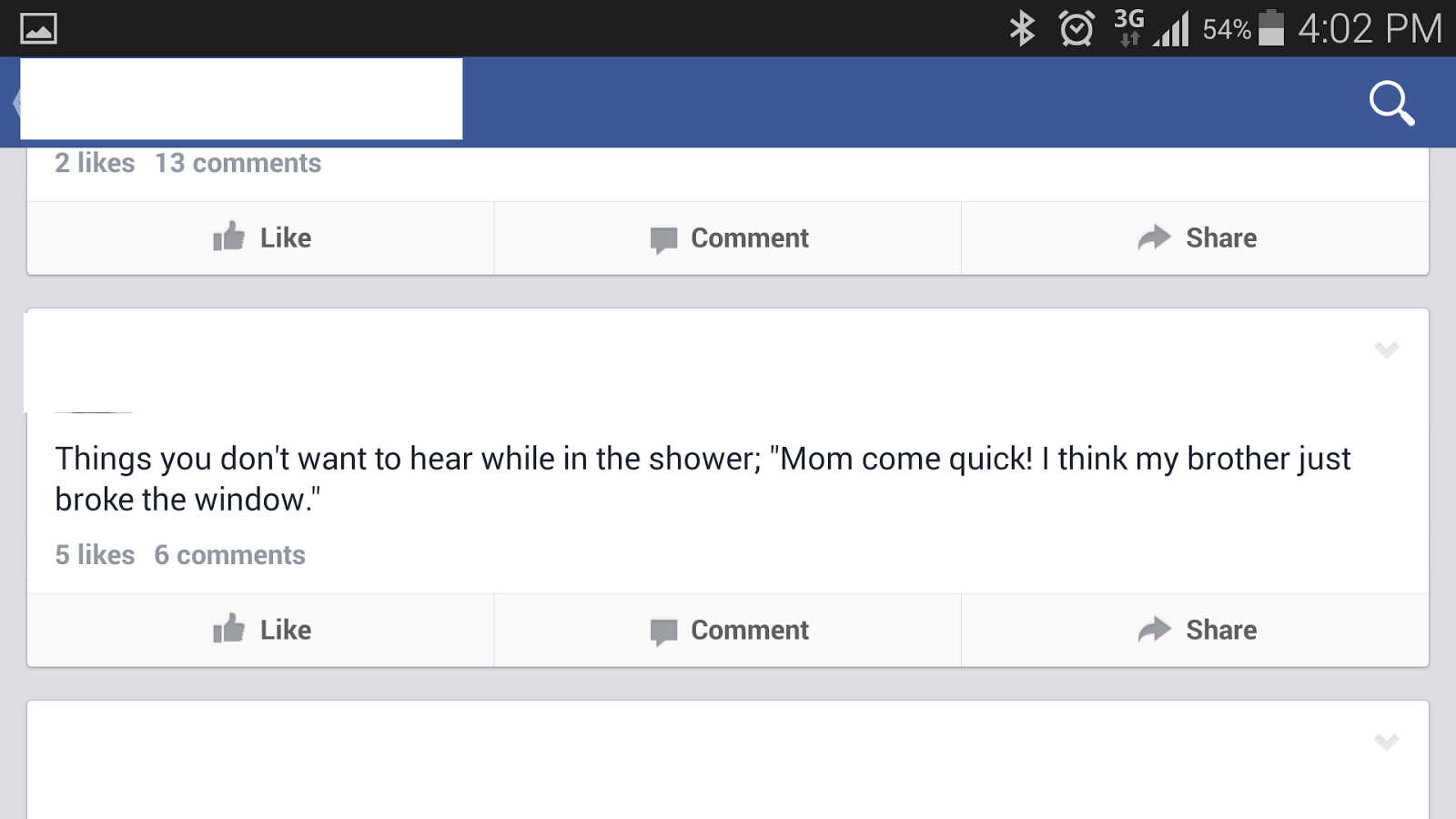 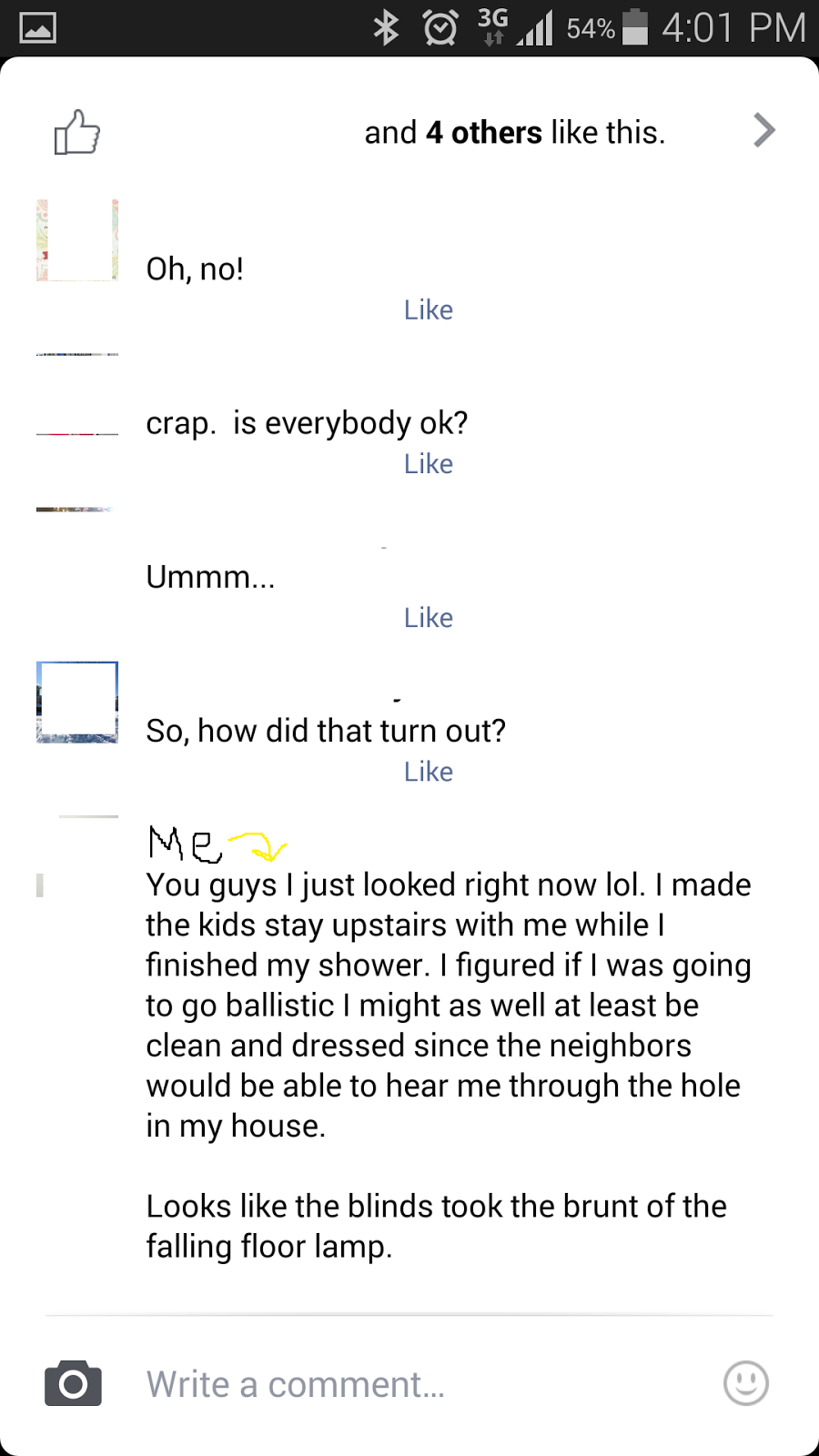 Thankfully the window was not broken 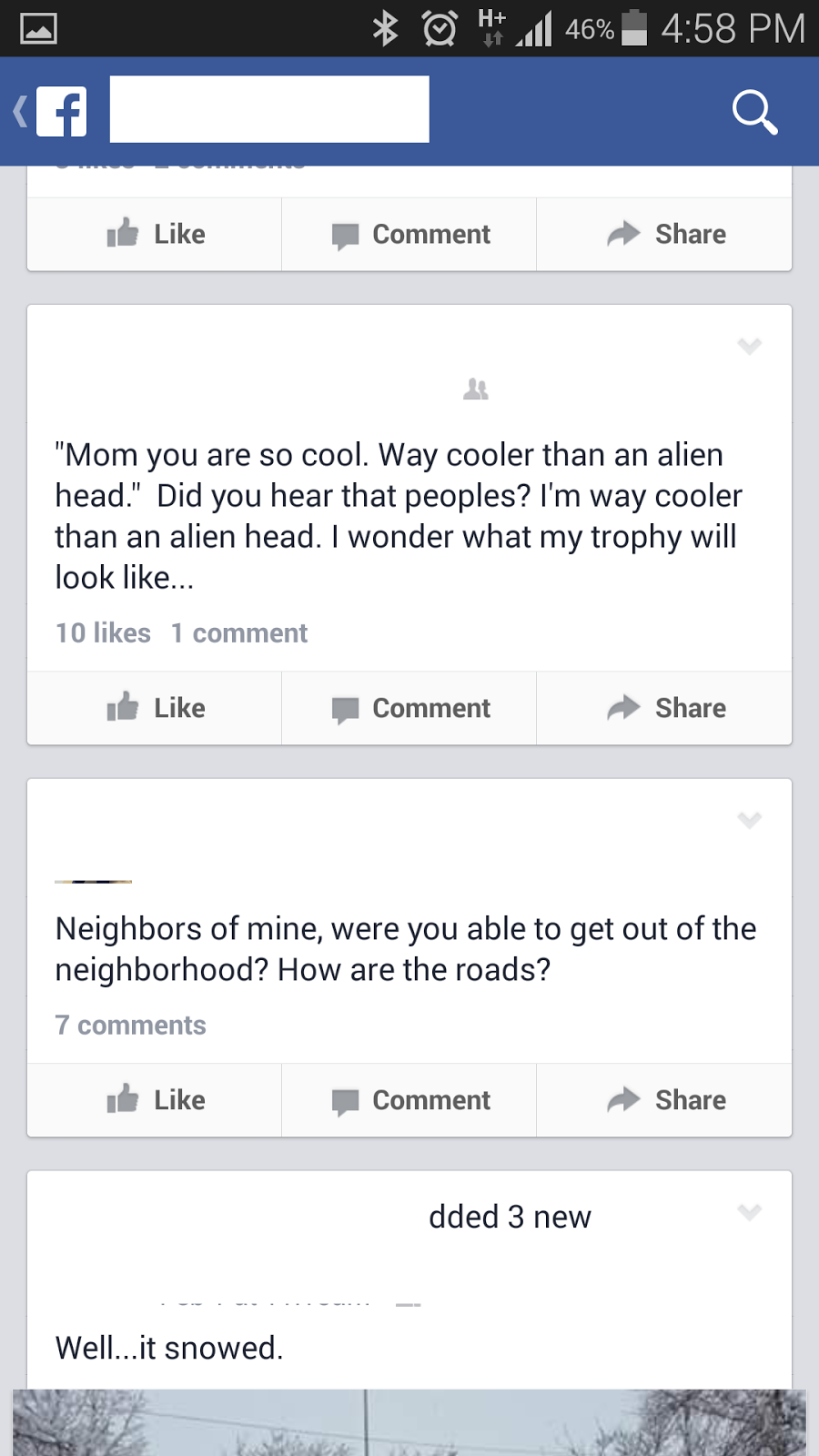 And since for some reason I can’t crop screenshots, allow me to fill you in on the last part of that screenshot. Oh yes, it had snowed alright: 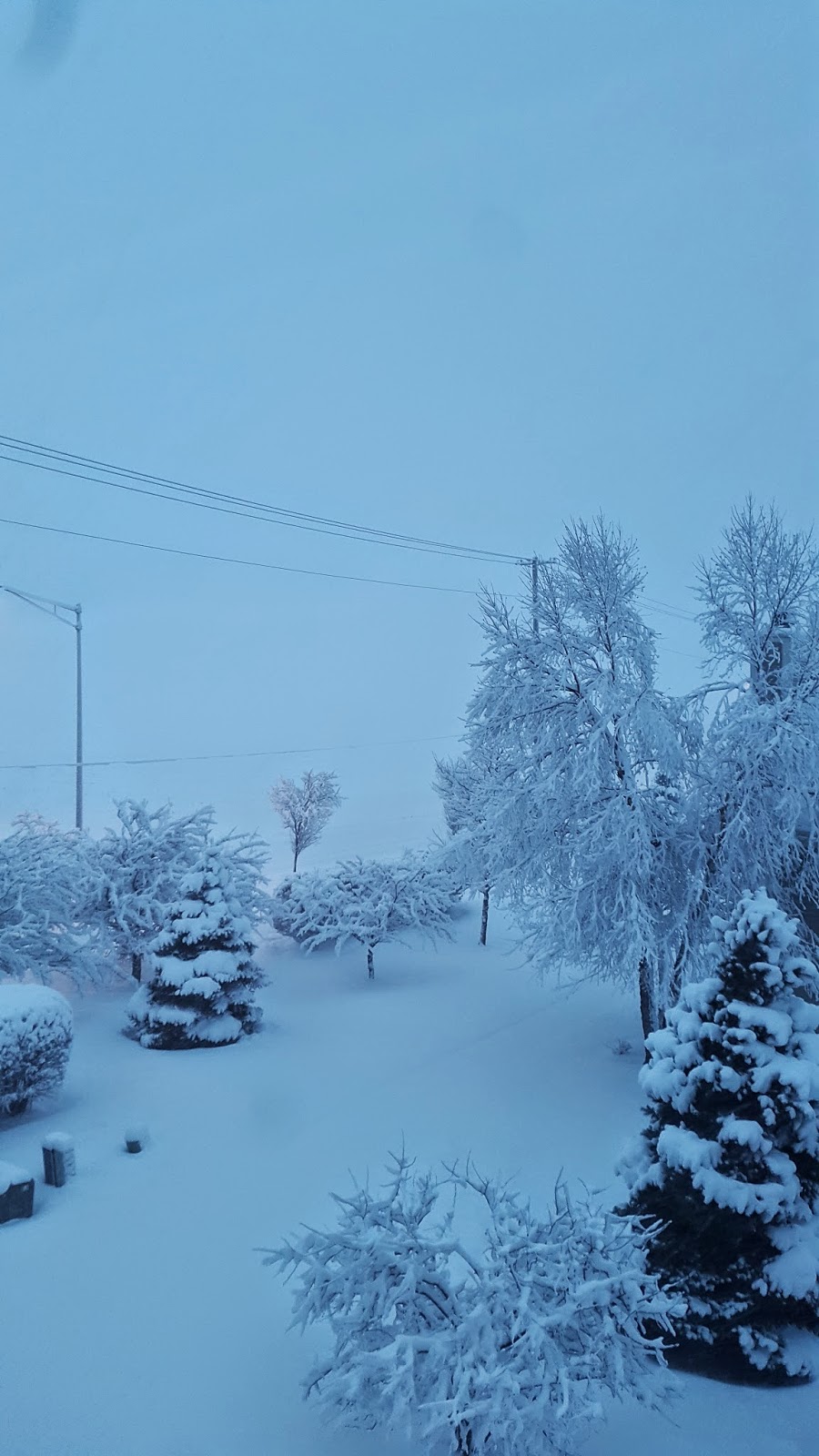 Don’t mind me, I’m just cleaning a little snow off of my car… 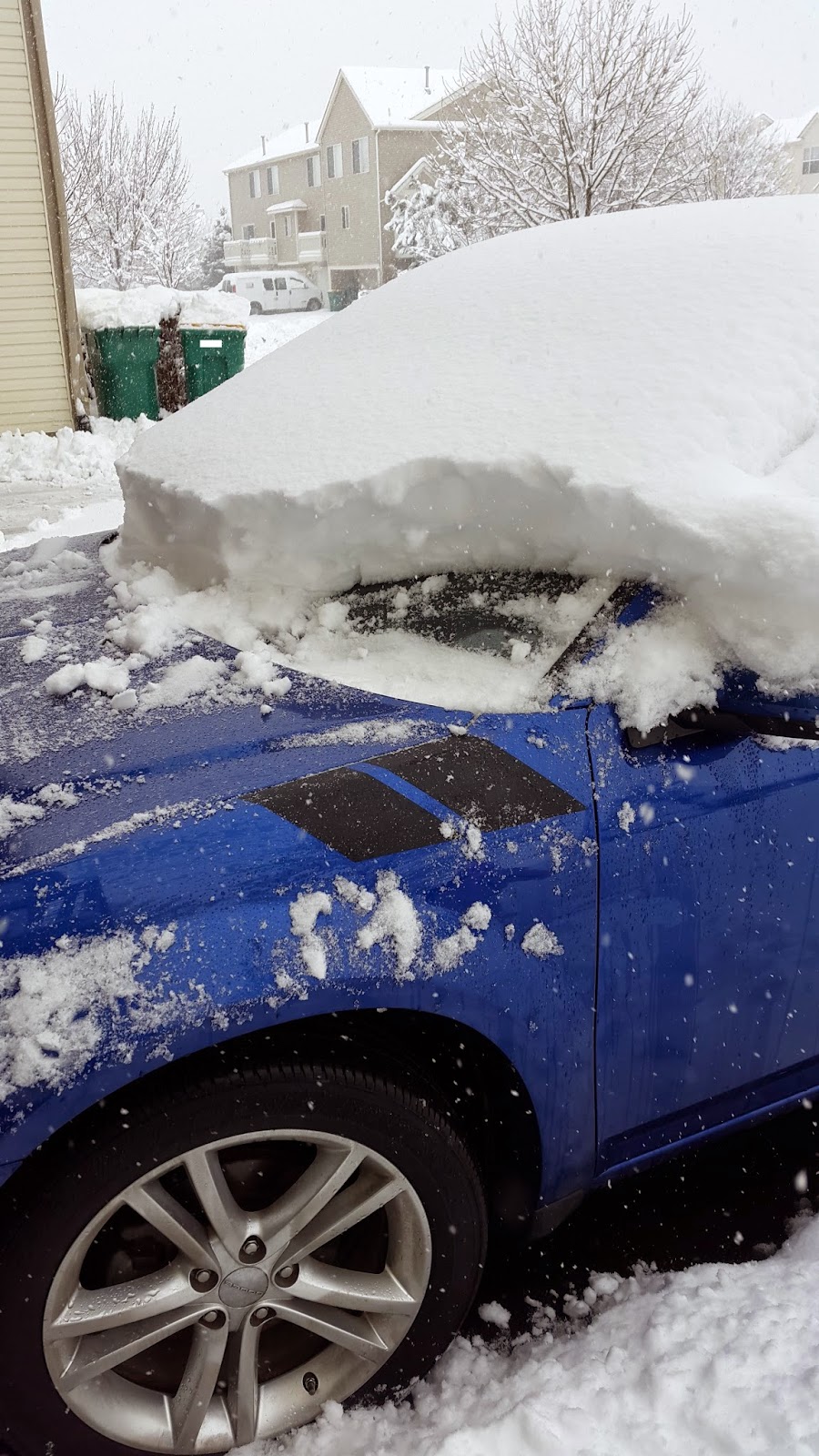 It took a group effort to uncover our common driveway: 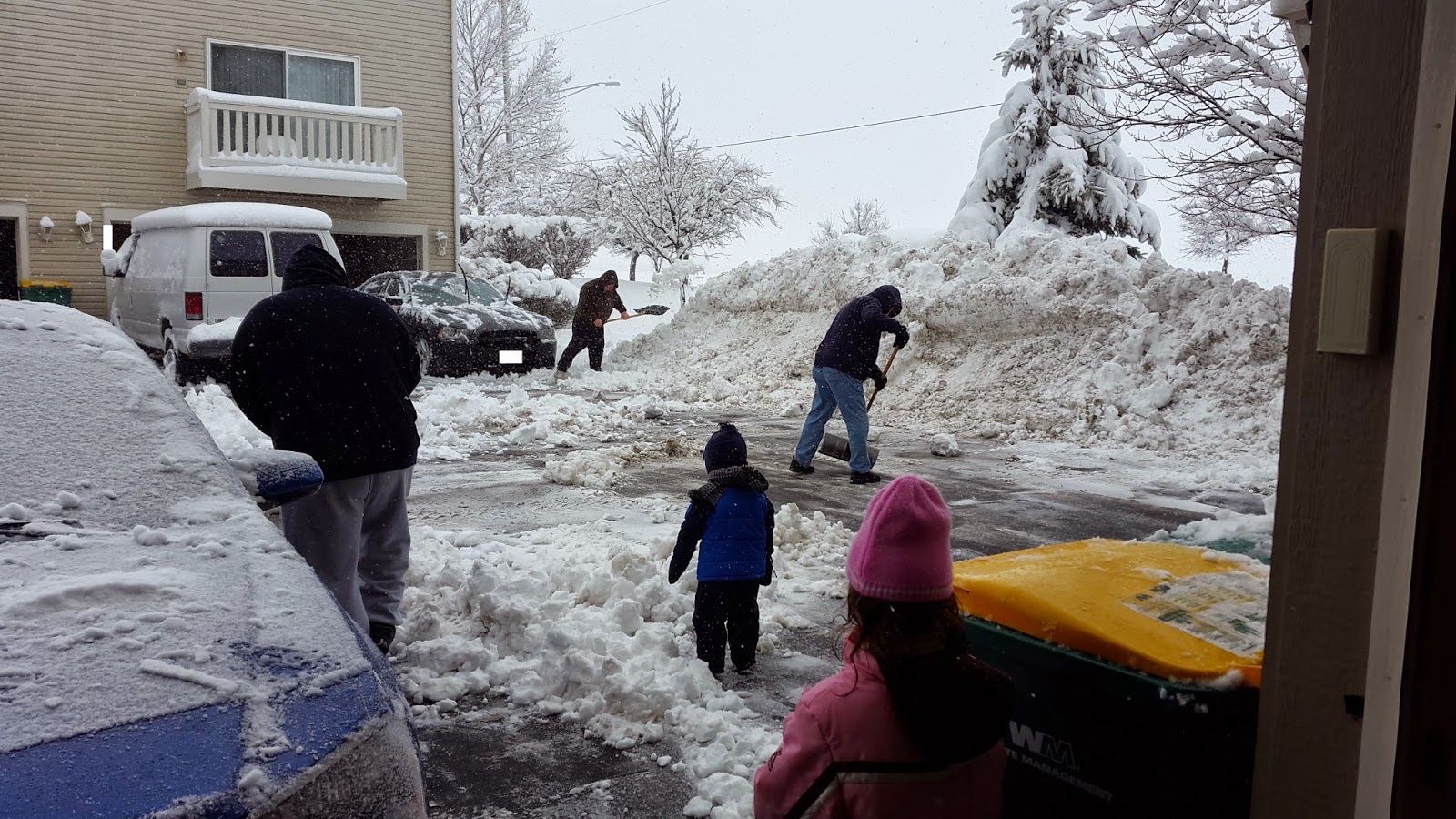 No one was spared from helping: 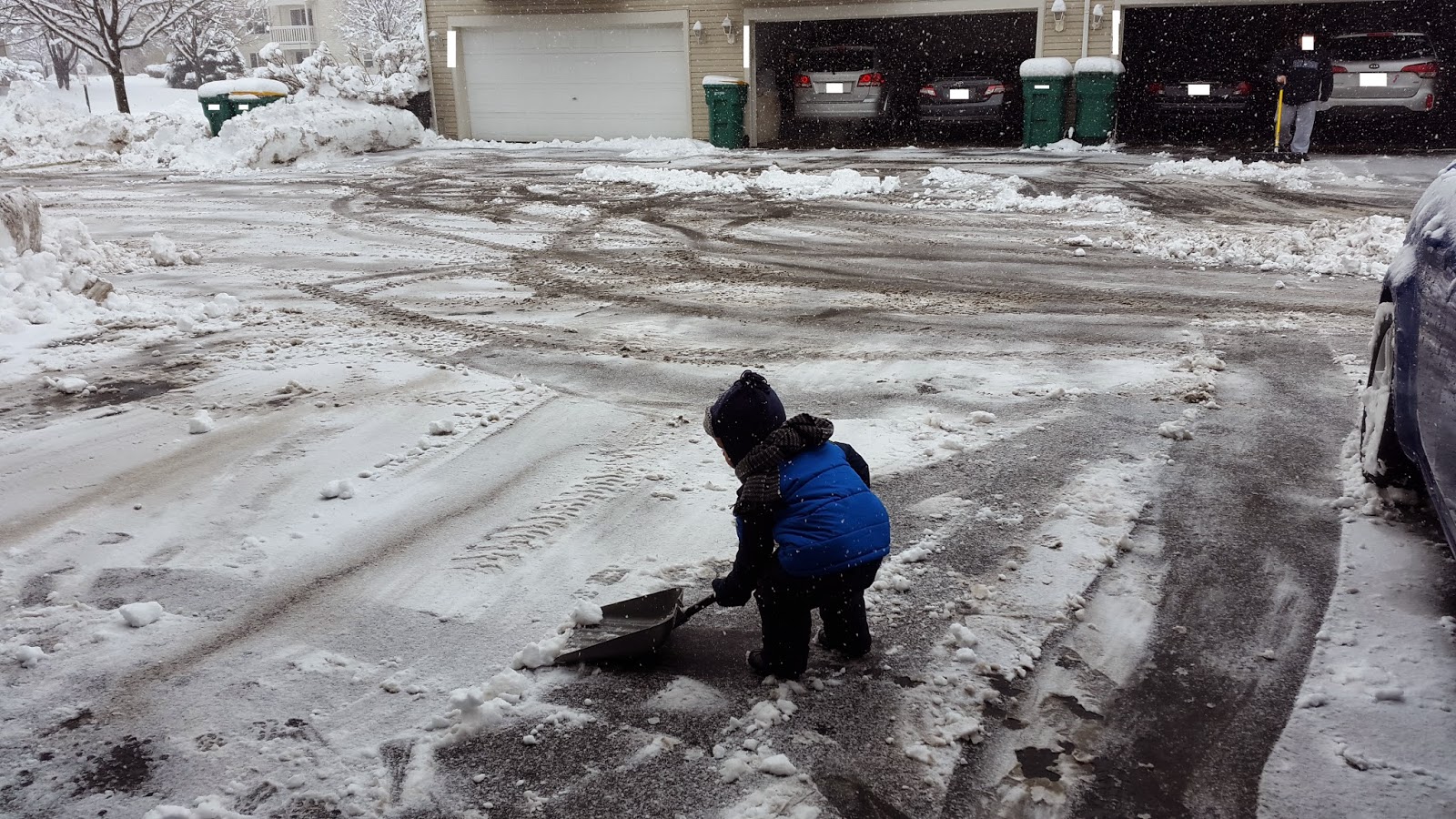 The kids had fun: 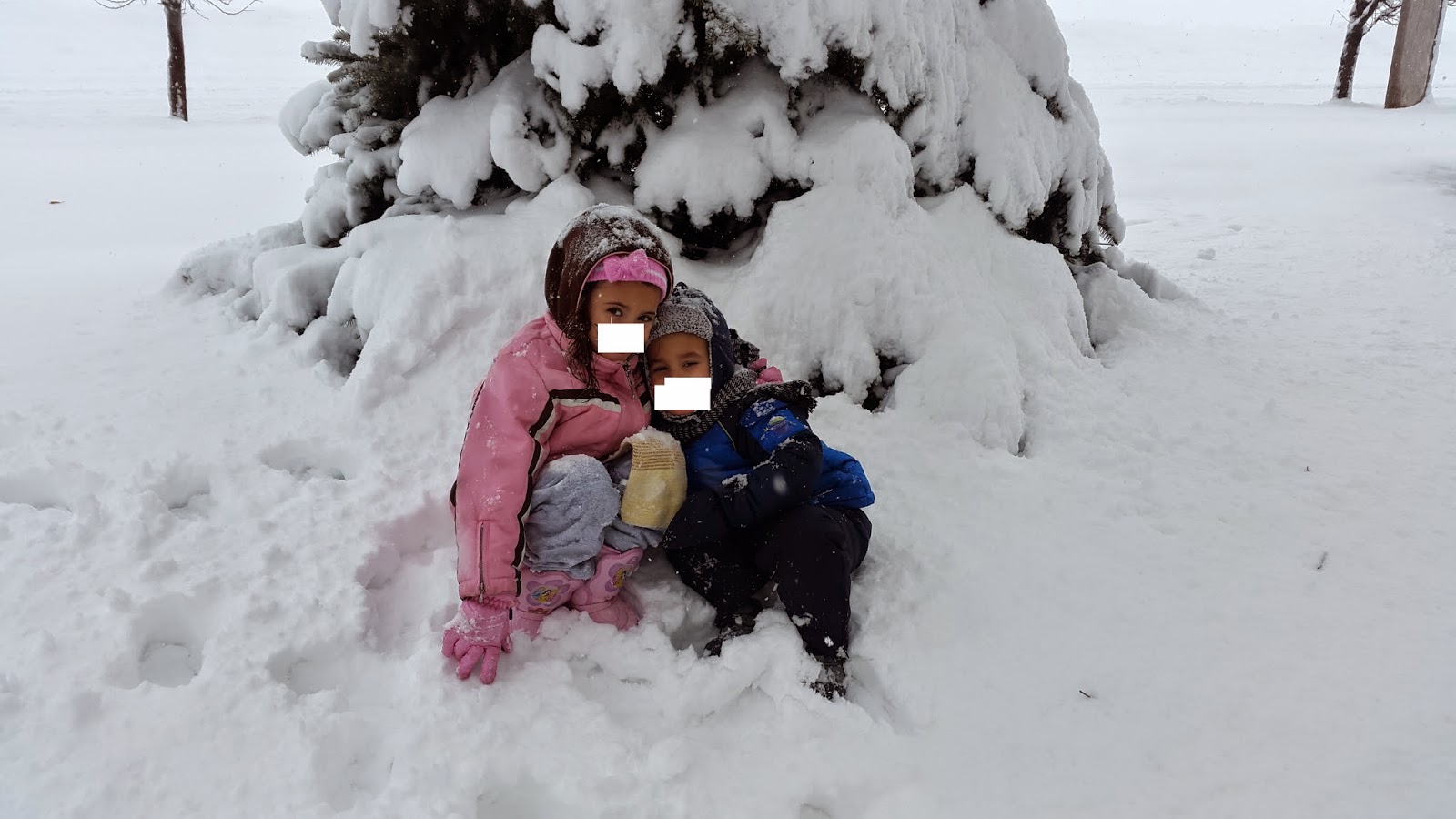 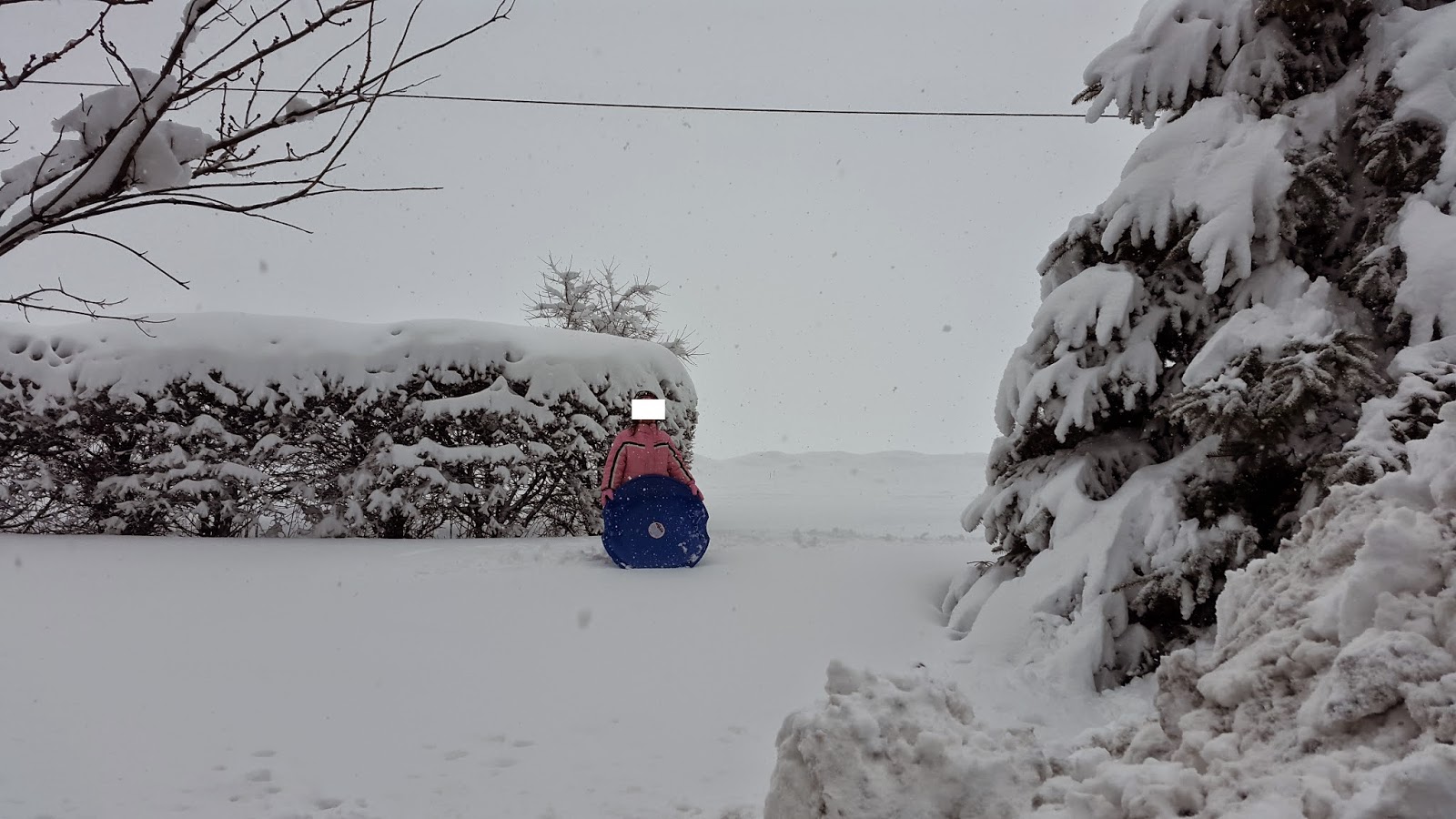 But then it snowed a ridiculous amount more and THAT SUCKED.

Don’t mind me, I’m just looking for my mailbox (hint, there are actually two rows of mailboxes there). 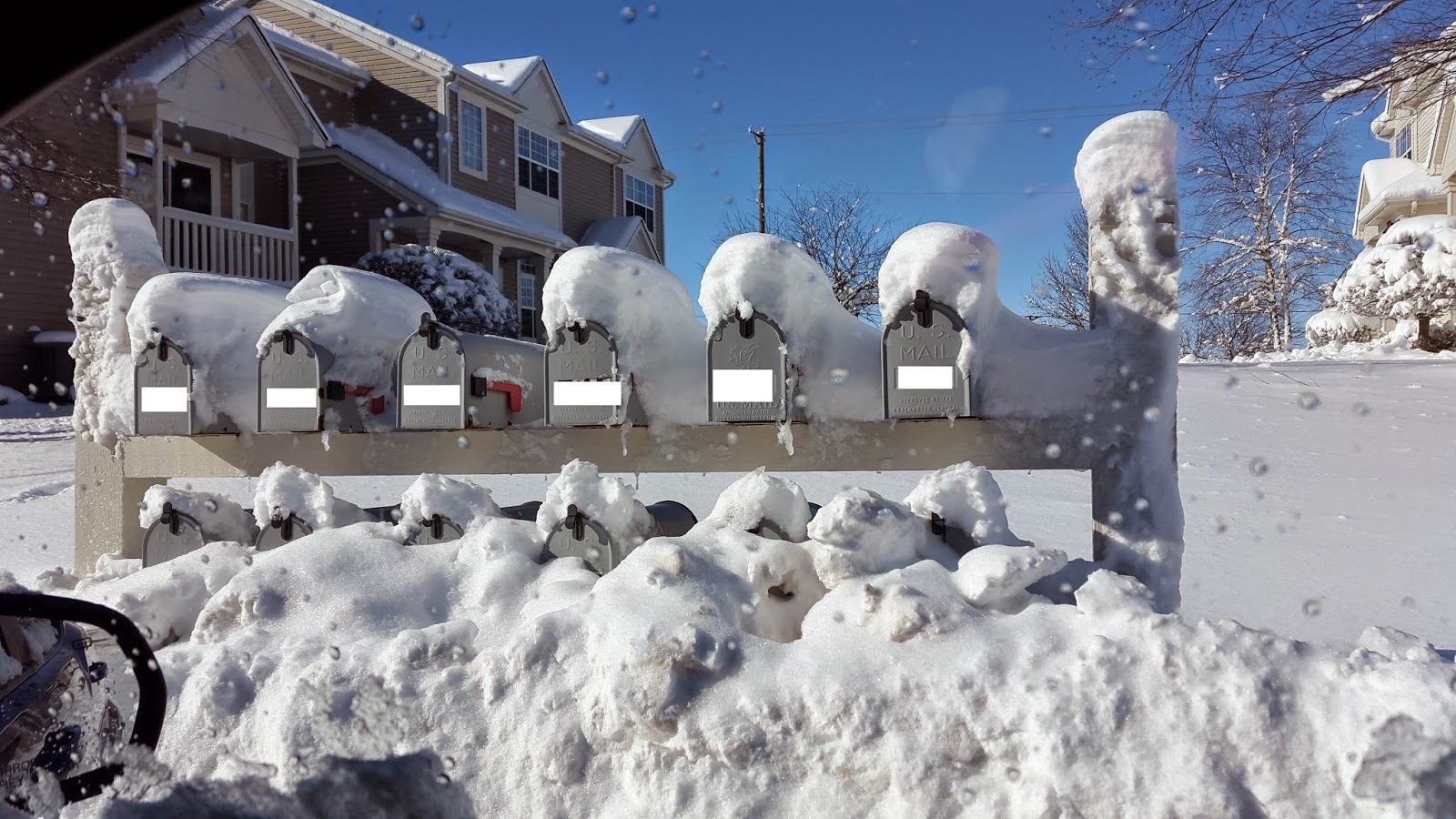 Don’t mind me, I’m just looking for my neighborhood entrance. (Hint, what you can see is the large rock waterfall at the entrance of my neighborhood. What you can not see is the forked road that lies in front of it with a large median in the middle, meaning, I could not figure out where to drive). 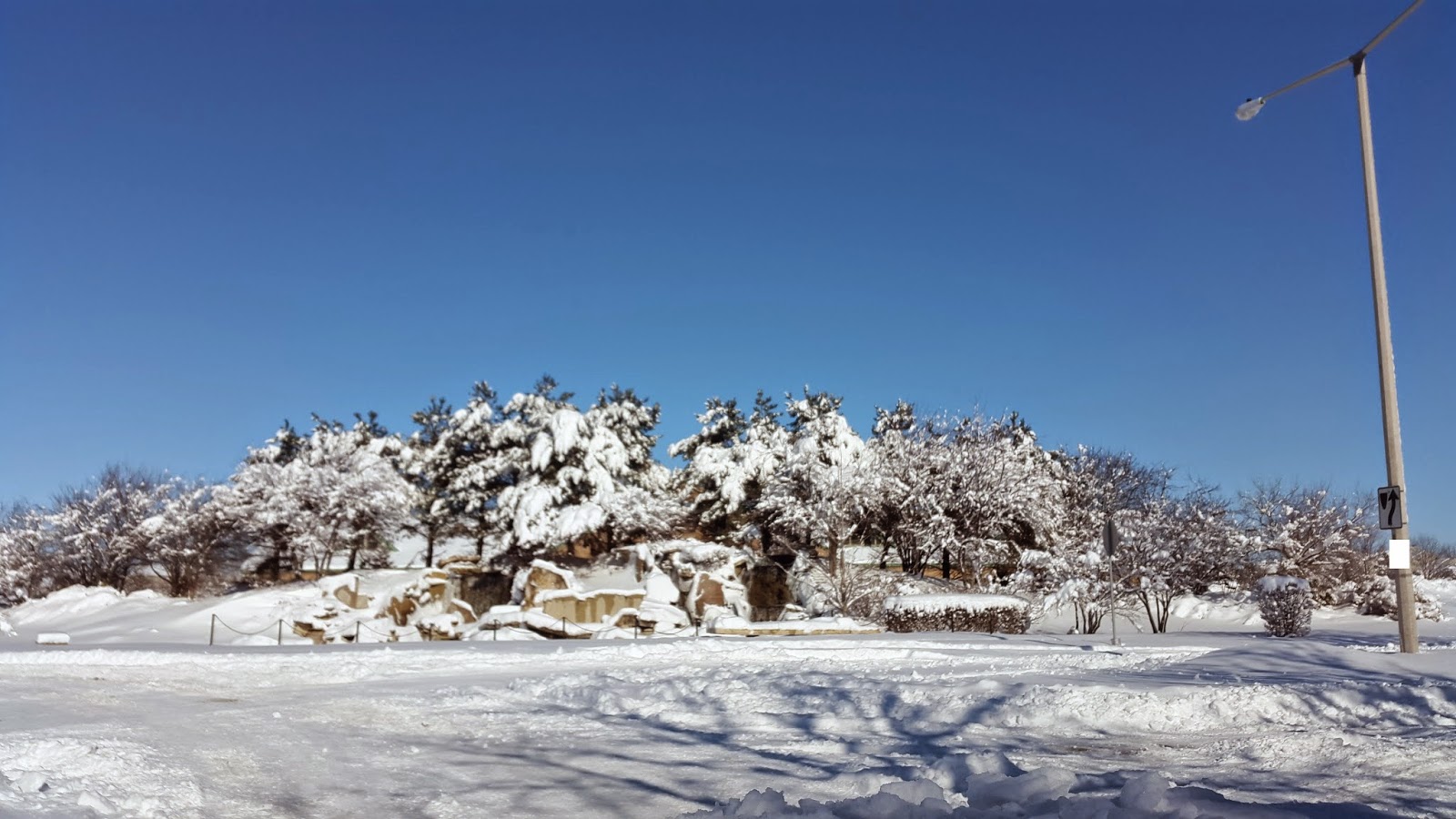 Literally, I do not see a road here…
Which is not an uncommon problem to have when your neighborhood is zoned as a rural area, because 5 days later the streets were still barely passable. 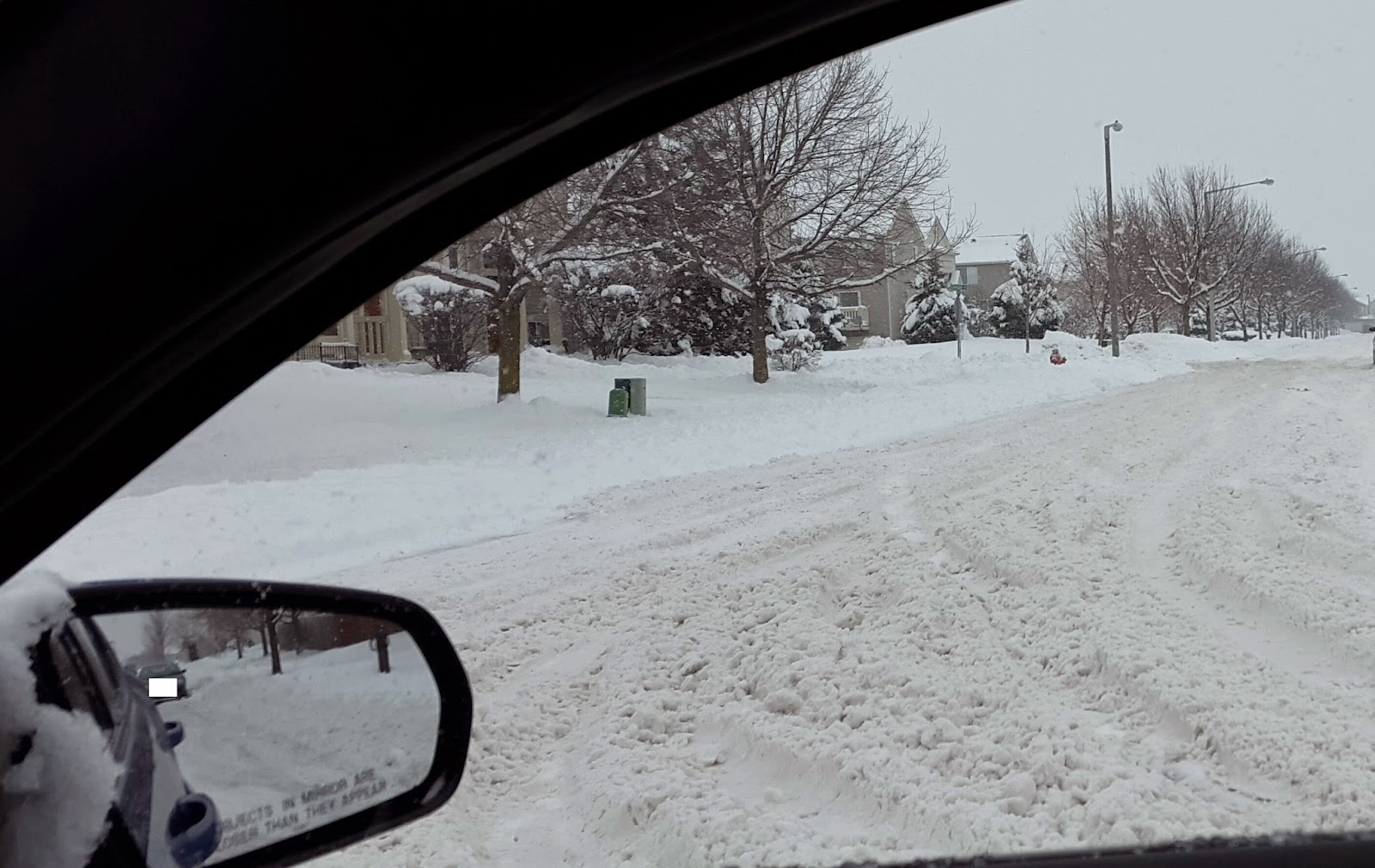 Which wasn’t a huge deal considering most of us had yet to be able to get our cars out. This was a car parked directly in front of my house: 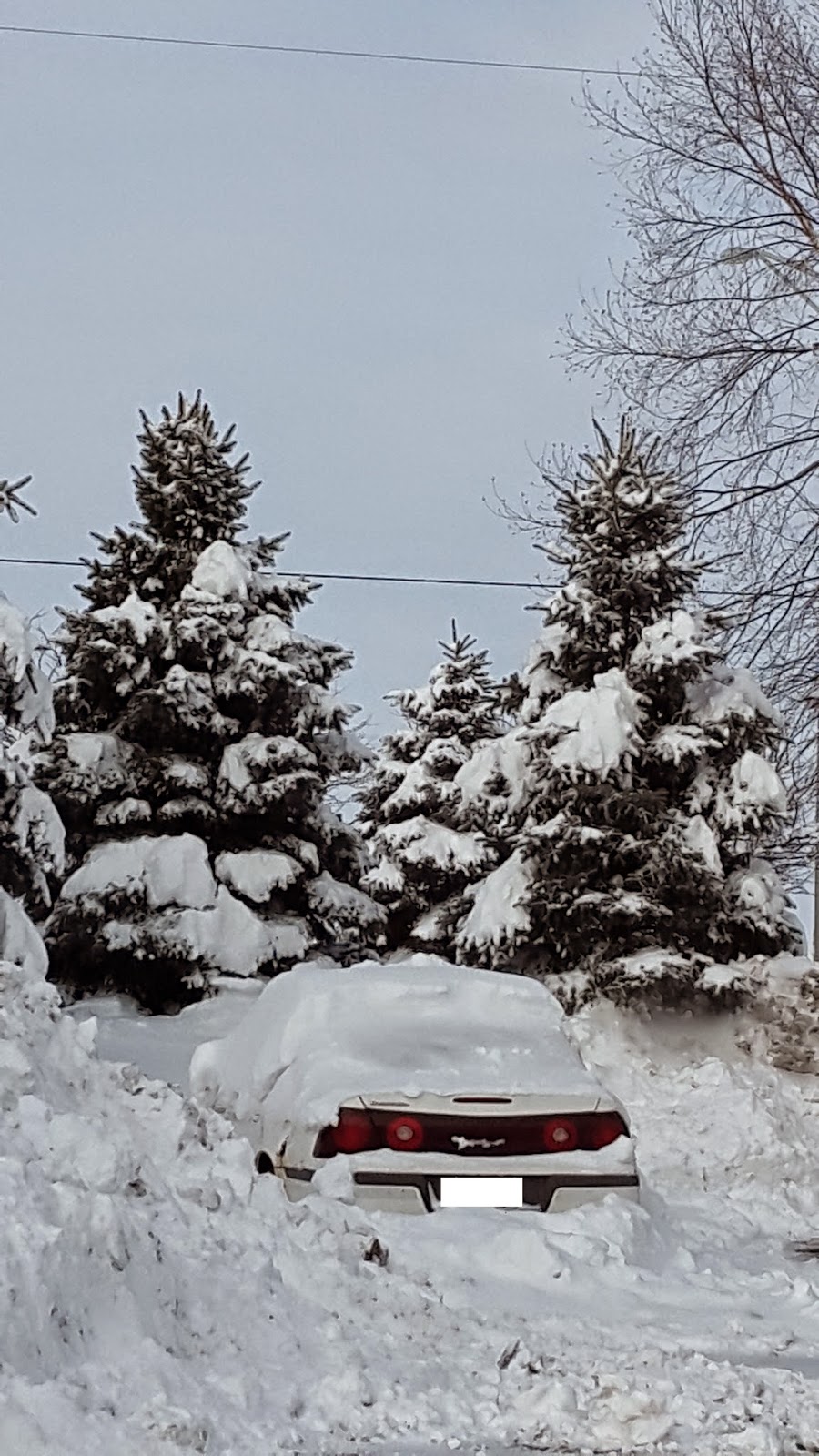 Whatever though, we found ways to stay entertained. I found The Boy Child watching TV like this… 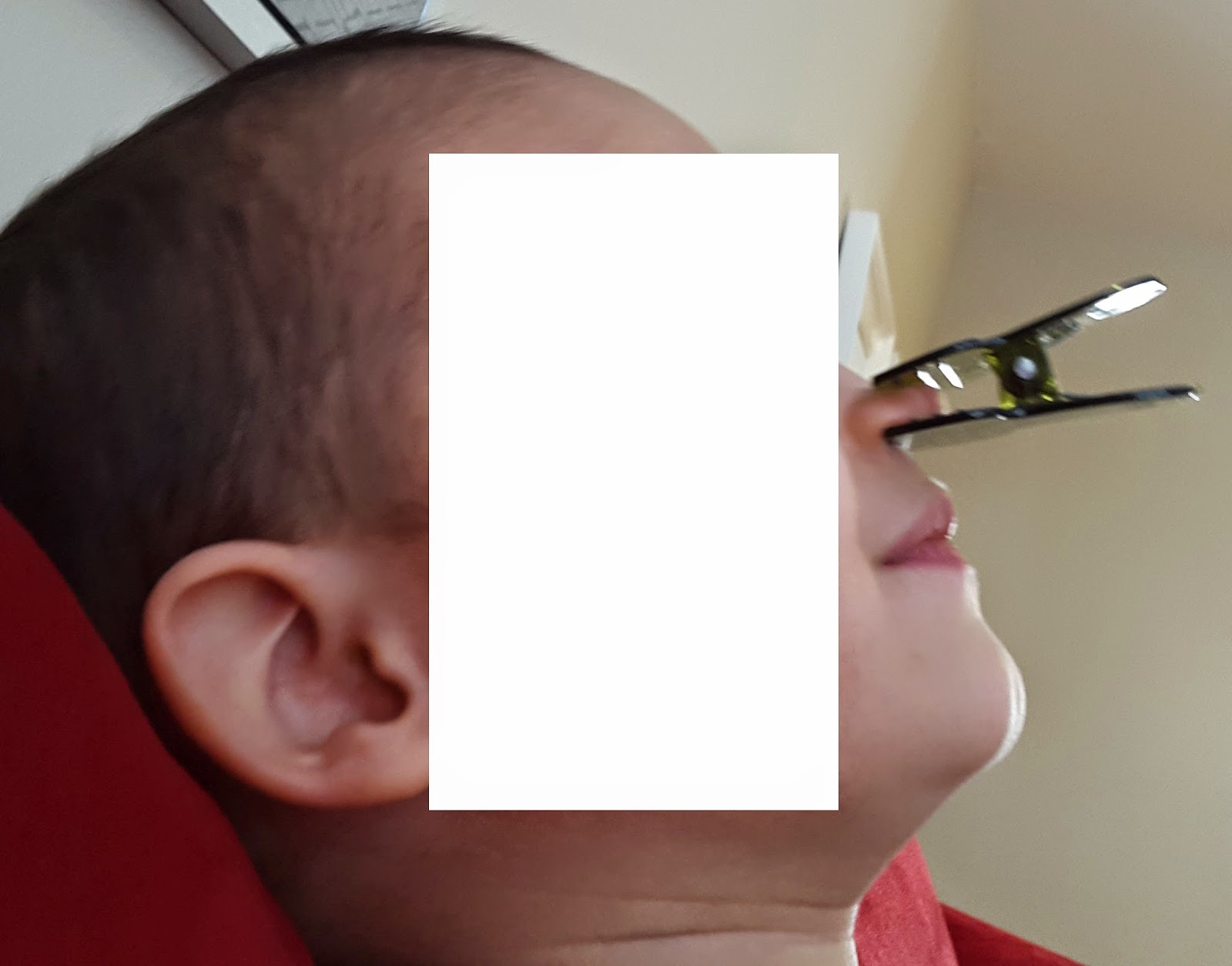 And Frisbee Boy’s Mom had gotten some things for the kids to make Valentine’s Day cards for their classmates/daycare friends, so that kept them busy. 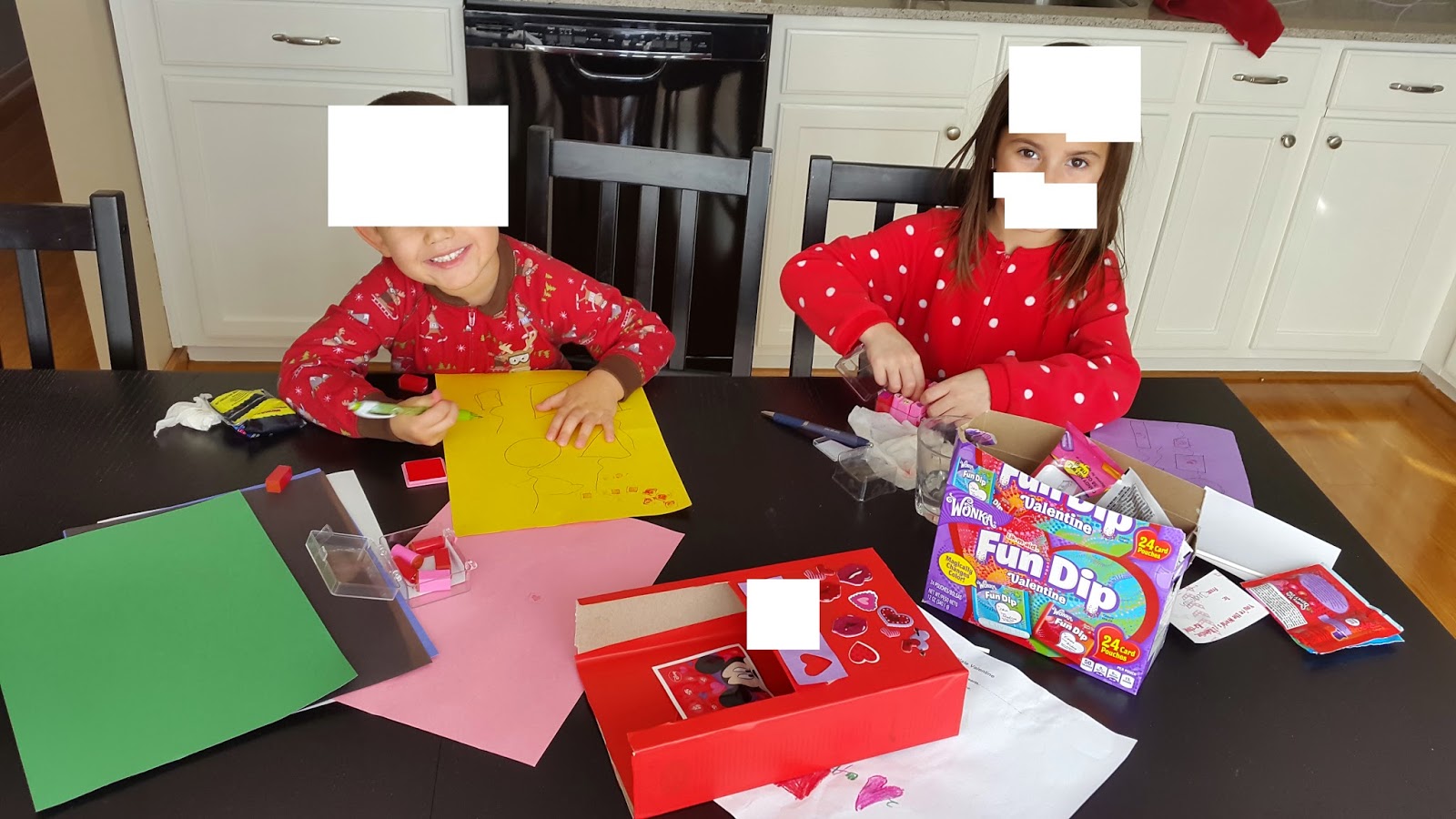 So yep, life in our house is still strange but thankfully we survived another weekend. 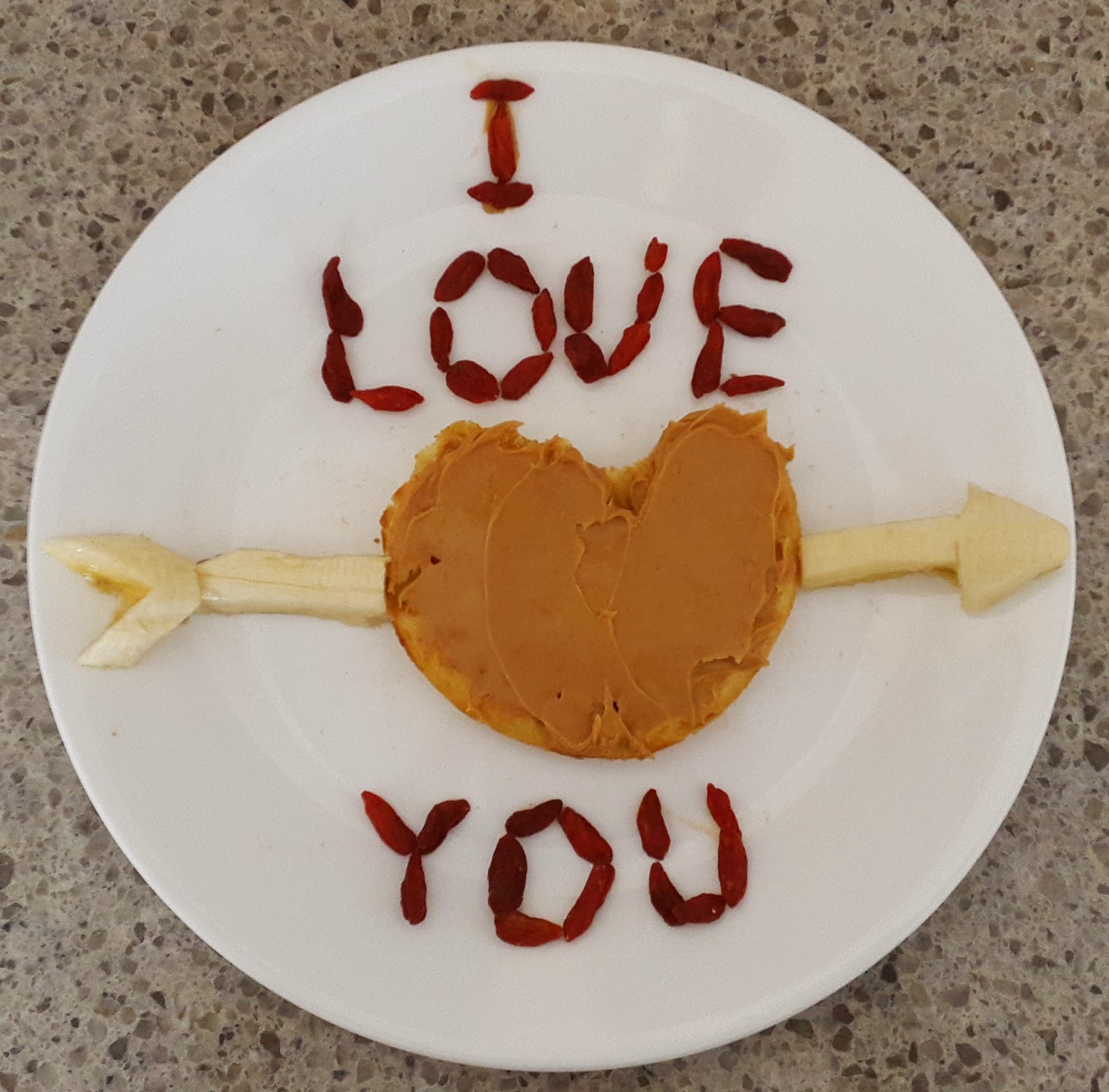 Because through it all, the morning wake-ups from a teeny-tiny muscle man, to the incessant question asking 6 year old, and never getting a quiet shower to myself, I love them and I’m keeping them. 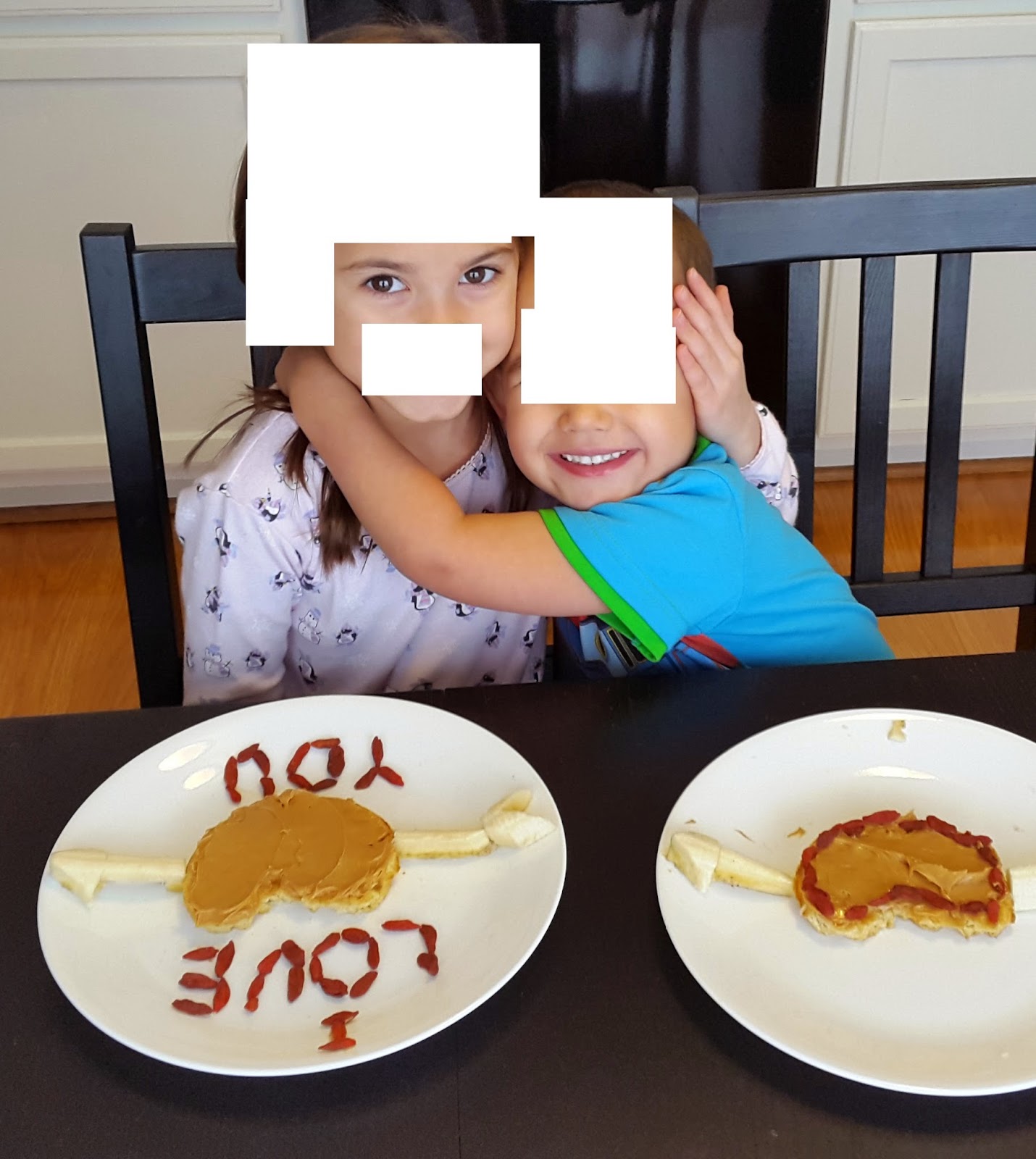 Because they think I am cooler than an alien head.

Oh! And do you want to know something even cooler than an alien head?

I have a surprise for you!

How many of you would like a chance to talk to the one and only Mr. Attorney Man?

This Is Not Fair!!