I hurted mah-self doing the twerk.
Twerk much?
Too much.
My friend asked me to fill in for her and teach her twerking class over the weekend. Did you know there was such a thing as a twerking class? I did not right up until that moment. I’ve taught a bit of twerking in my strip dance class, but I didn’t know you could take a class specifically for twerking. That was a new one, even for me…

Even though I was in no mood to be teaching a dance class after the last few days I’ve had, I can’t really pass up any work right now so I took off my big girl clothes and went to work (see what I did there, with the joke…with the play on a common phrase…)

I learned something in class yesterday.
I learned that twerking for a few minutes is much different than twerking for an hour straight.
I think I broke my lower back.
Just kidding, it is pretty sore though. Not sore enough to really slow me down, but definitely sore enough for all my friends to make fun of me.
I do not think I realized how much lower back motion was involved in twerking and after an hour straight, I dunno what happened. I guess all that repetitive thrusting motion broke my back (which is why when performing any uh…twerking…motion, it’s important to change up the position every once and a while…or so I’ve heard…)
It doesn’t help that because of my genetic condition I am super flexible so my joints move really easily. Not just dancer flexible, I’m talking like circus contortionist flexible. 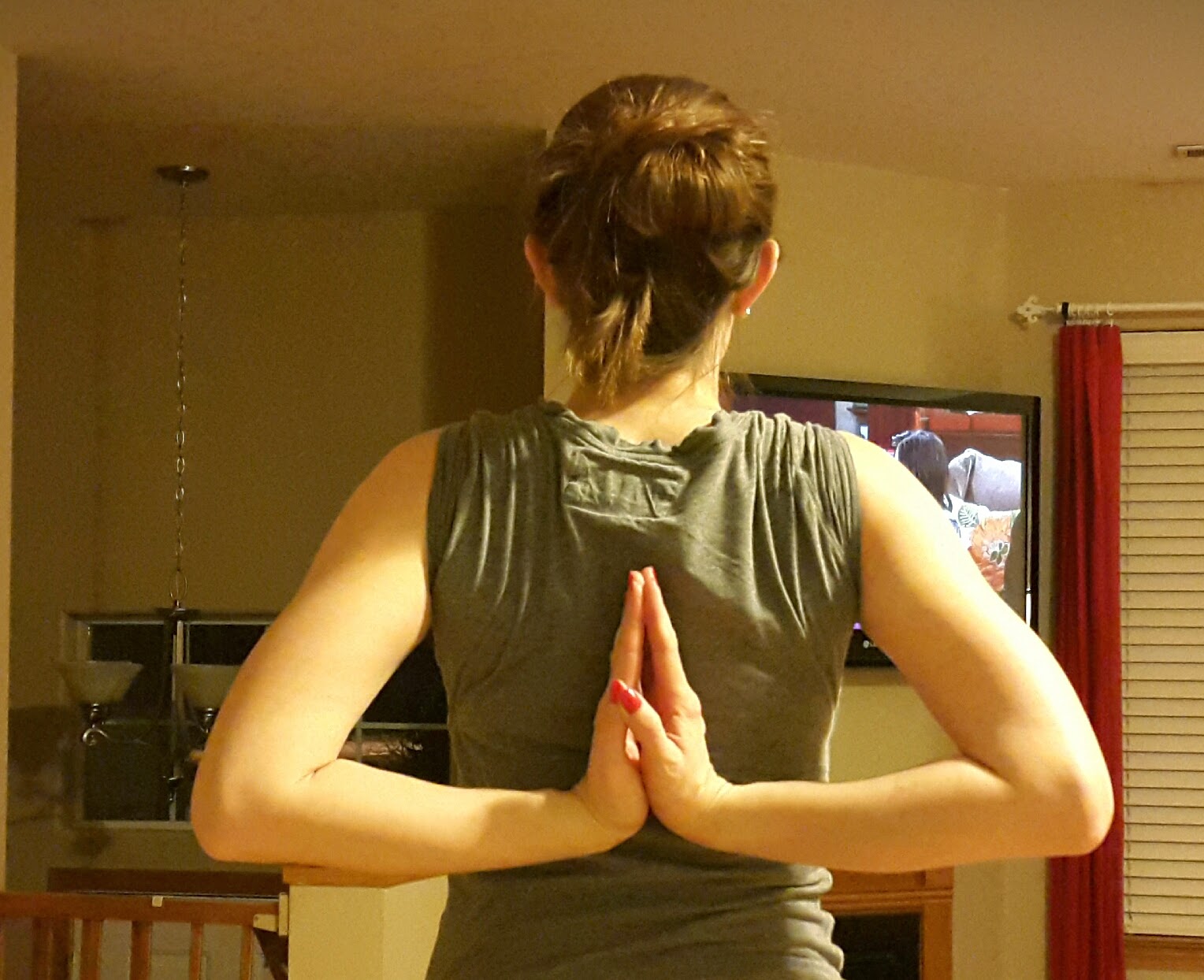 In this position I can actually reach my hands up and fix my hair. It freaks the hell out of people.
I’ve often thought it would be funny to teach a yoga class and just pretend like everyone is supposed to be able to get into whatever weird position I come up with just so I could watch them in all their confused and failed attempts to perform the “pretzel pose.”
Seriously, wouldn’t that be funny? In the standing position I can easily put one leg on my shoulder and wrap it behind my head (get yer heads outta the gutter people) and I think it would be so funny to watch a class full of genetically-normal people attempt to do that. Kind of like the time I told The Boy Child he could have a cookie if he could lick his ear (No, even I cannot lick my ear, I just thought it would be funny to watch him try. I was right). I have a solid four minute video of that kid crossing his eyes in five different directions while he tried to get his tongue up there.
I’m probably some kind of evil bitch…but hey, at least I’m funny.
(For the record, he was unable to lick his ears but I still gave him a cookie anyways and then an extra one for the effort)
So yesterday I got hurt shaking my ass which just tops off how wonderful and ironic this week has been. I then received mail that I really wish I had not opened (Can you believe it? For once my mail was not stolen and I wish it had been. WHAT IS IRONY’S INFATUATION WITH ME!?)
Speaking of irony, The Daddy Daughter Dance was amazing, or so I’m told. 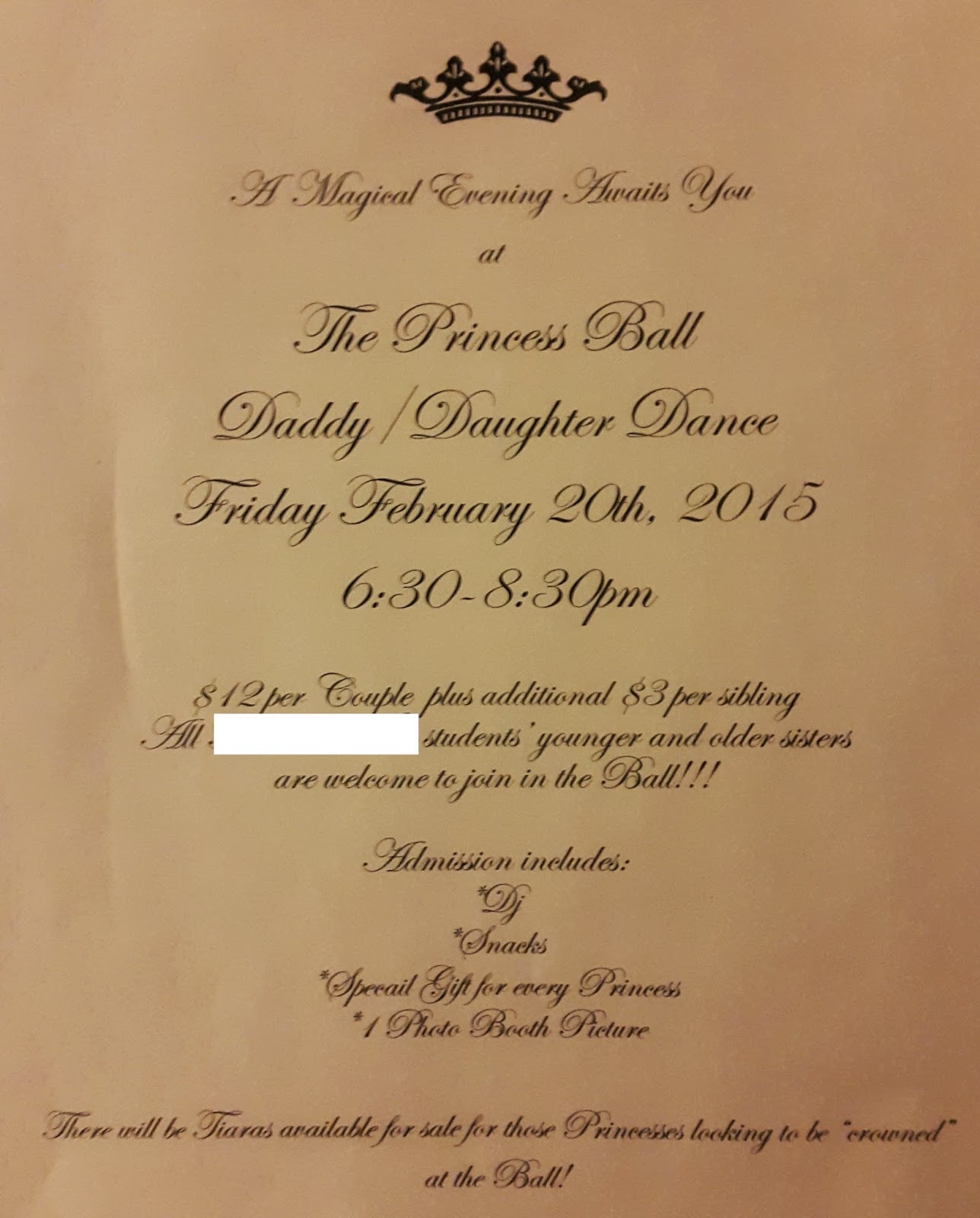 I had to laugh because she came home with a stuffed frog prince, which just goes along swimmingly with the Disney example I used in the last blog post about how her fairytale would end at midnight and she would go back to being fatherless. 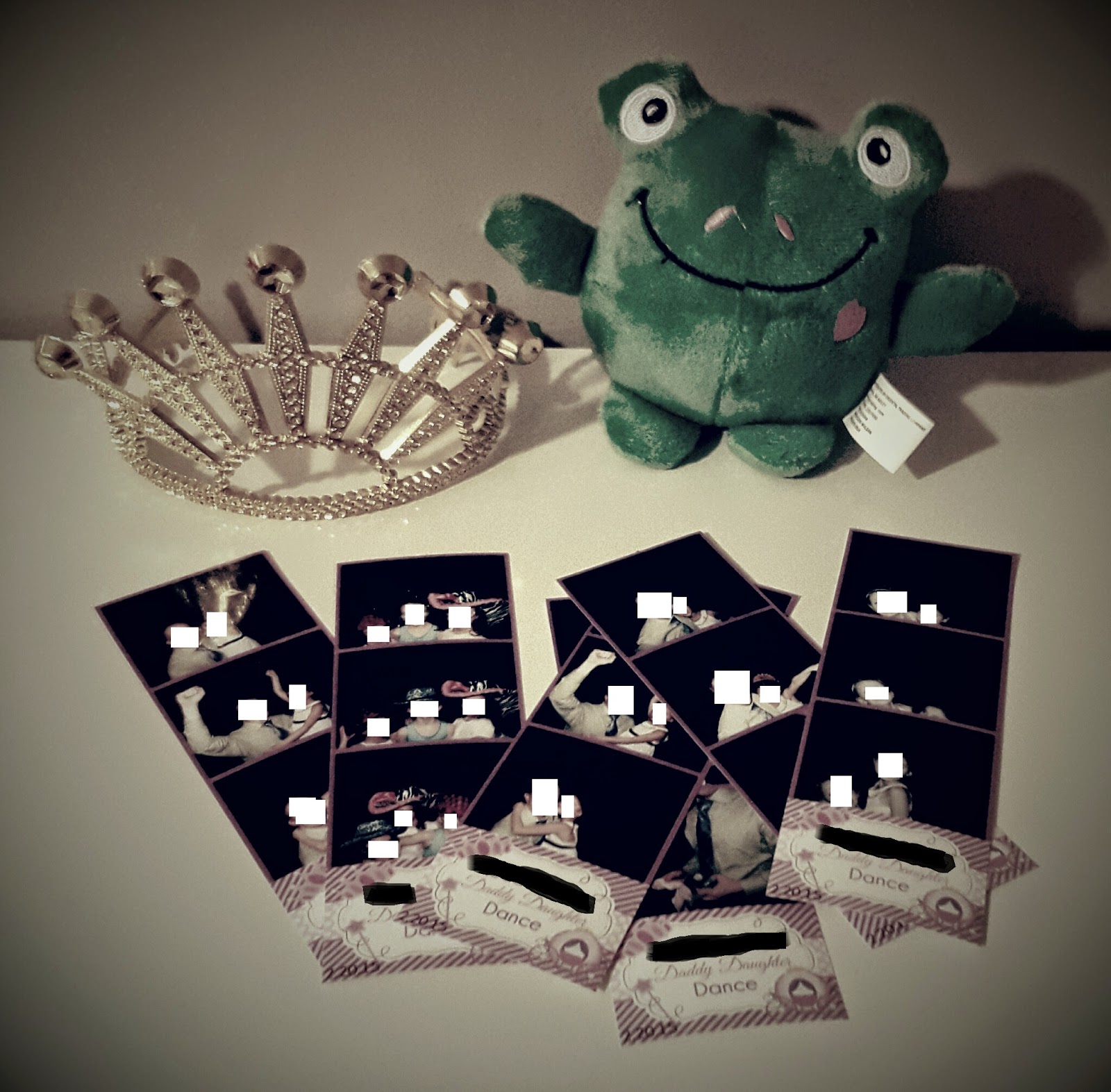 Jokes aside, in all actuality it couldn’t have gone any better. Two days later and she is still beaming from ear to ear about the whole thing. It’s amazing really, what even one night can do for a little girl. She felt so amazing, so special, that it really will help her set the bar for what she expects in the future. She will remember that night, I know she will, and I hope that when she does start dating that the way she felt will have had a lasting impression on what she expects from the boys she meets. 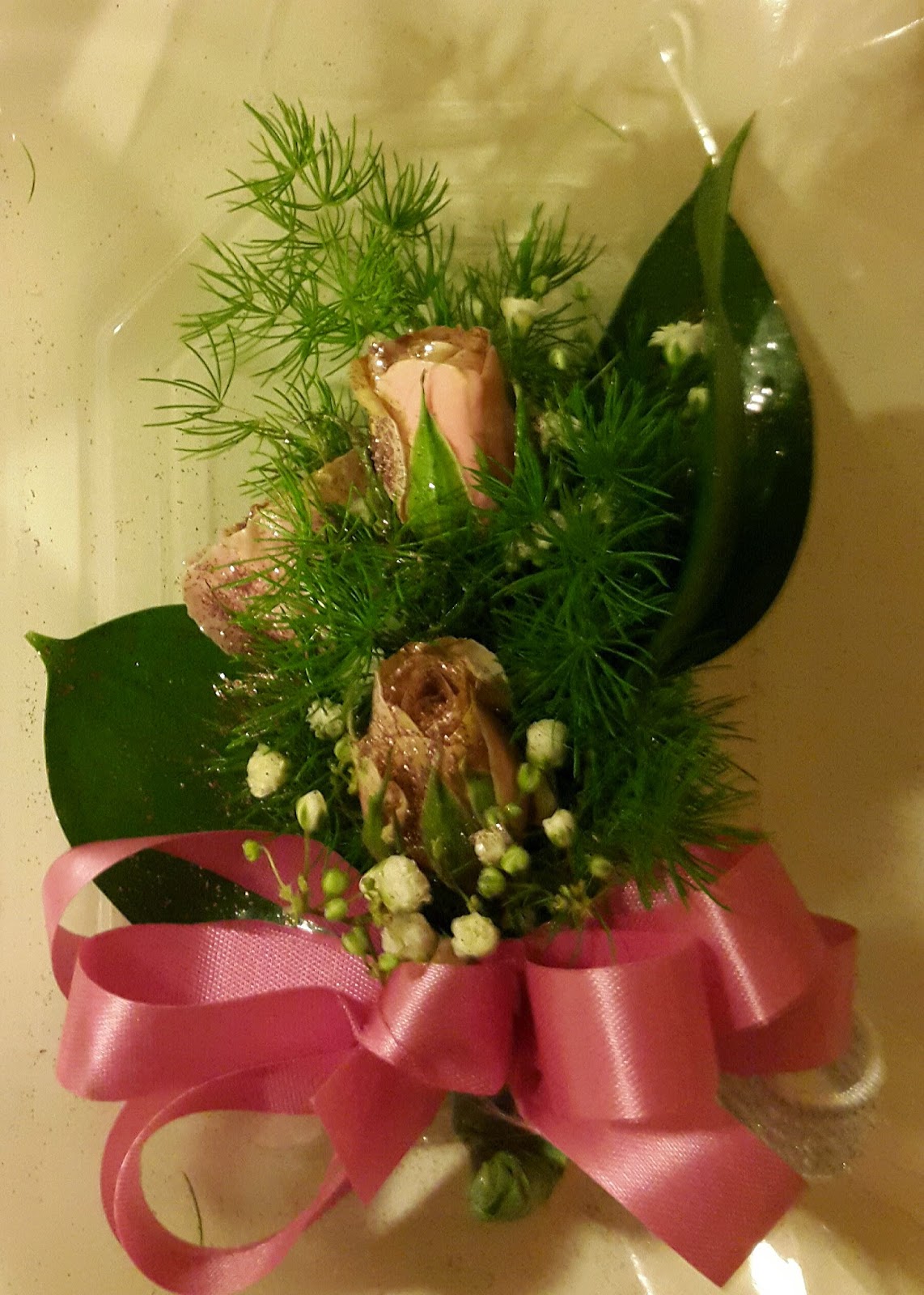 I can be a lot of things for her but a man is not one of them and I am truly blessed to have friends who are willing to be the roll model for her that I can’t be.
So as you can see, this weekend has been a little bit crazy. Fairytale dances, ass shaking injuries, unexpected mail, and dealing with the fallout from Friday.
I’m still not ready to talk about Friday though and that’s ok. After the last post I got a lot of worried (and thoughtful) emails from concerned readers wondering if I was ok, and the fact of the matter is that no, I’m not ok.
I’m really not ok.
But I will be.
It’s ok to not be ok sometimes. I realize that is the place I’m in right now but more importantly I realize that it’s not a place I’m going to be in forever.
This isn’t the end, this is just the beginning of something new, and that, that I will be ok with.
Just not today.
But I will be.
Even the strongest need to take a break sometimes, not because they are giving up, but because they are gathering strength for the challenge ahead.

I’ll be ok, just not today.

I’m Not Ashamed To Be On Welfare