Well, surgery is over.

I’m sorry I didn’t update sooner but it was a really long day yesterday. I’ll also go ahead and apologize for the quickly done and somewhat terrible photo editing below, photo edits aren’t really my immediate priority today but I know how caring so many of you are and I didn’t want to make you wait any longer for an update!

The surgery went pretty well. It was more involved than we were anticipating, but he did well and is now home.

We got to the hospital at 6:30am, but you would never have known it was that early by the enthusiasm The Boy Child showed for the hospital playroom. 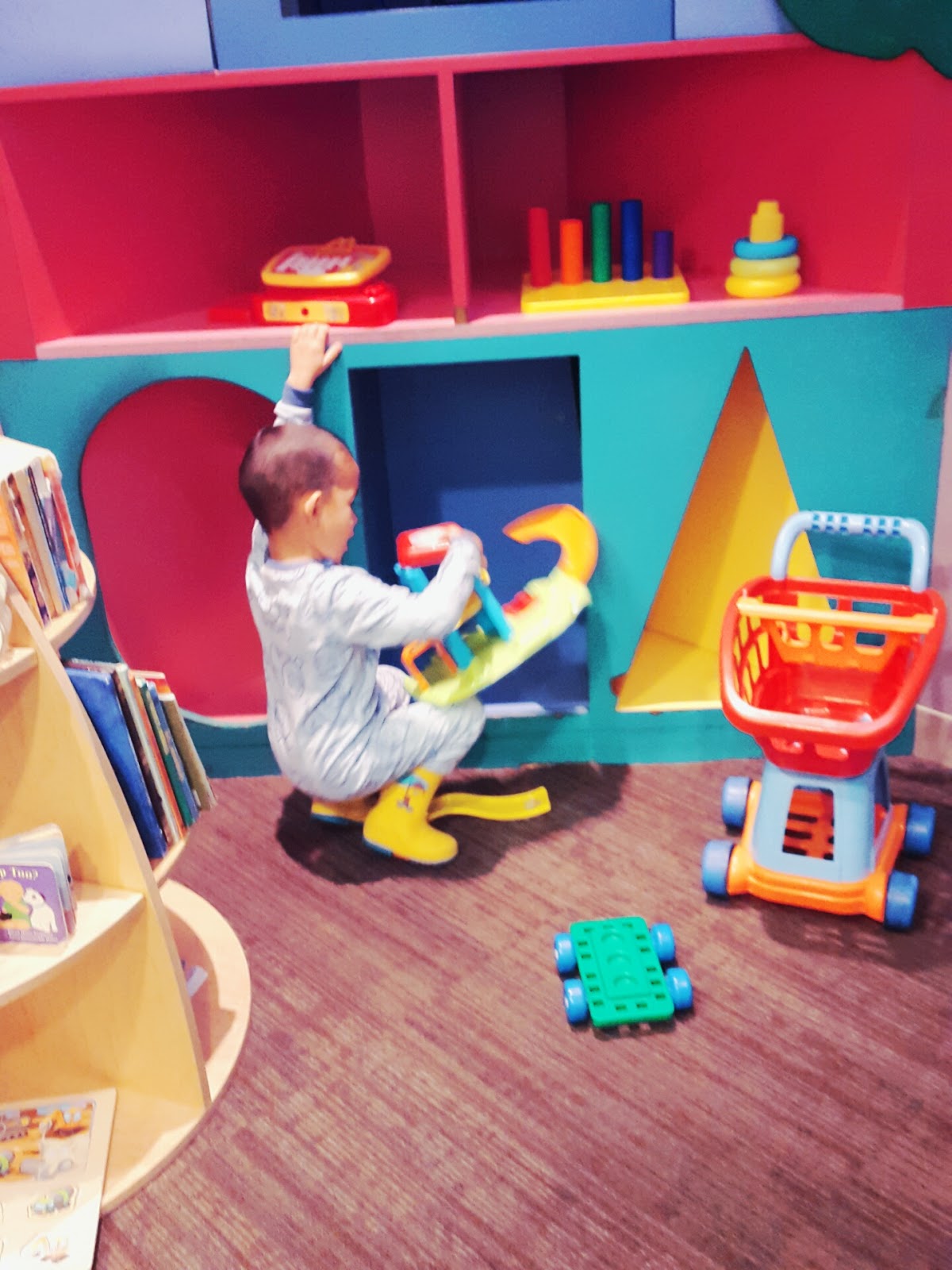 And yes, he is wearing footie pajamas and rubber rain boots. It was early, don’t judge!

Once he was taken back to pre-op, we waited… for hours. With him not being allowed to eat or drink anything, it was a long wait. 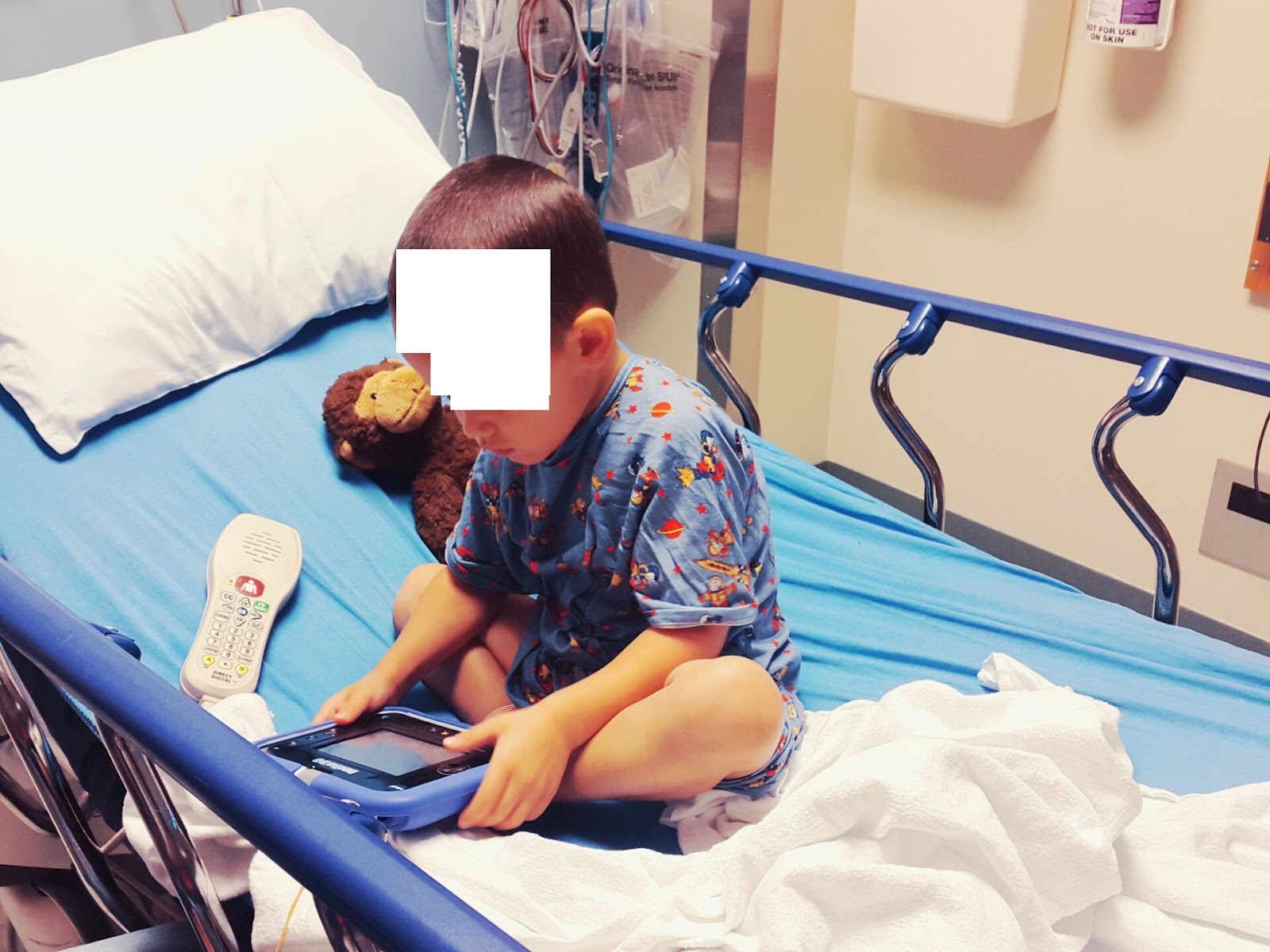 Eventually they took him back to the OR and after I paced the waiting room for what felt like eternity while I watched the surgical board for updates, I was finally called back to see him in recovery.

He was so distraught that they had restrained him by wrapping him up in a very tight blanket. Eventually they decided that he might do better if he was sitting with me, and four people later we got him onto my lap and hoped that he would calm down. 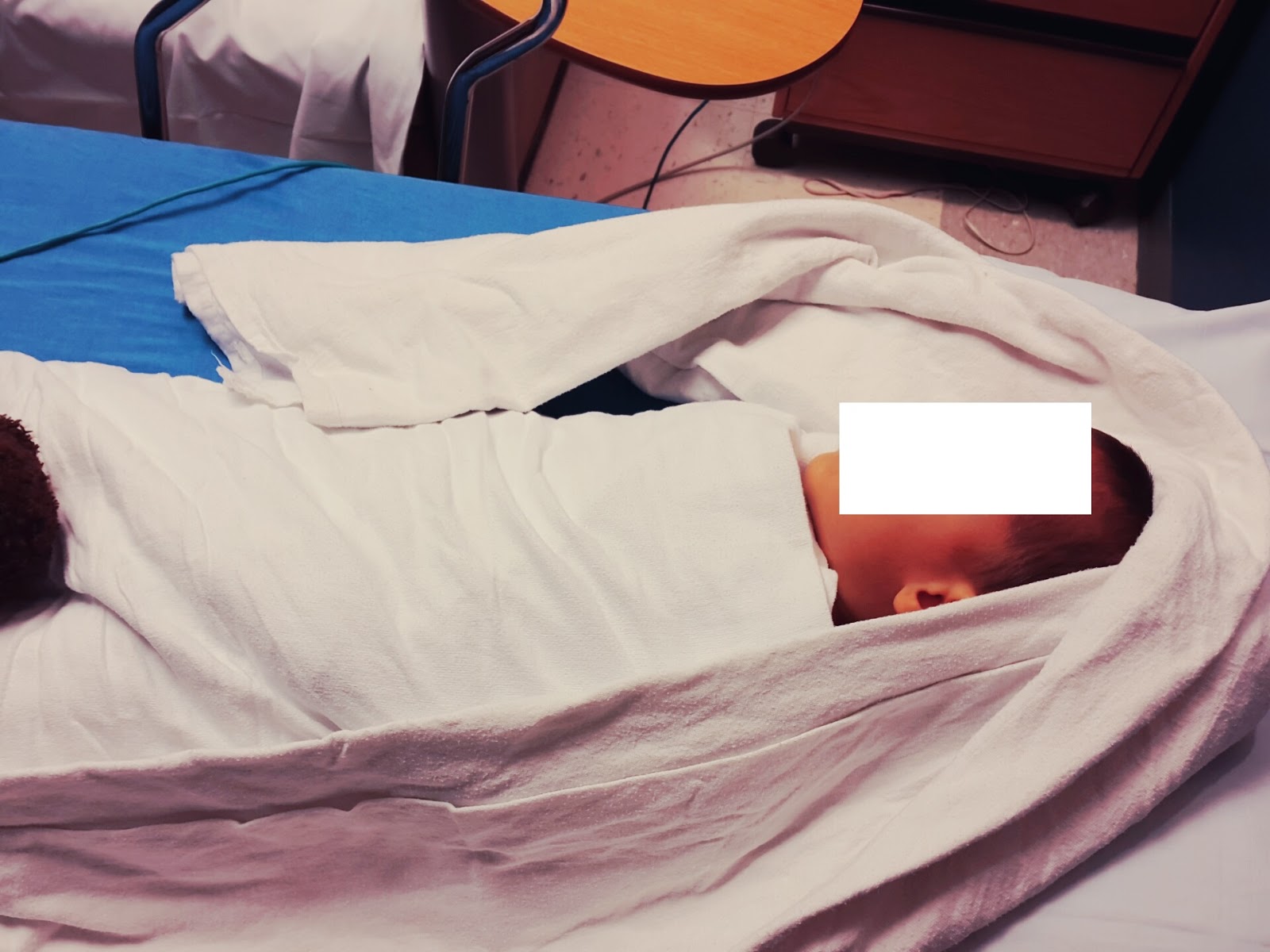 He didn’t move, but he was screaming in a way that I’ve never heard before. 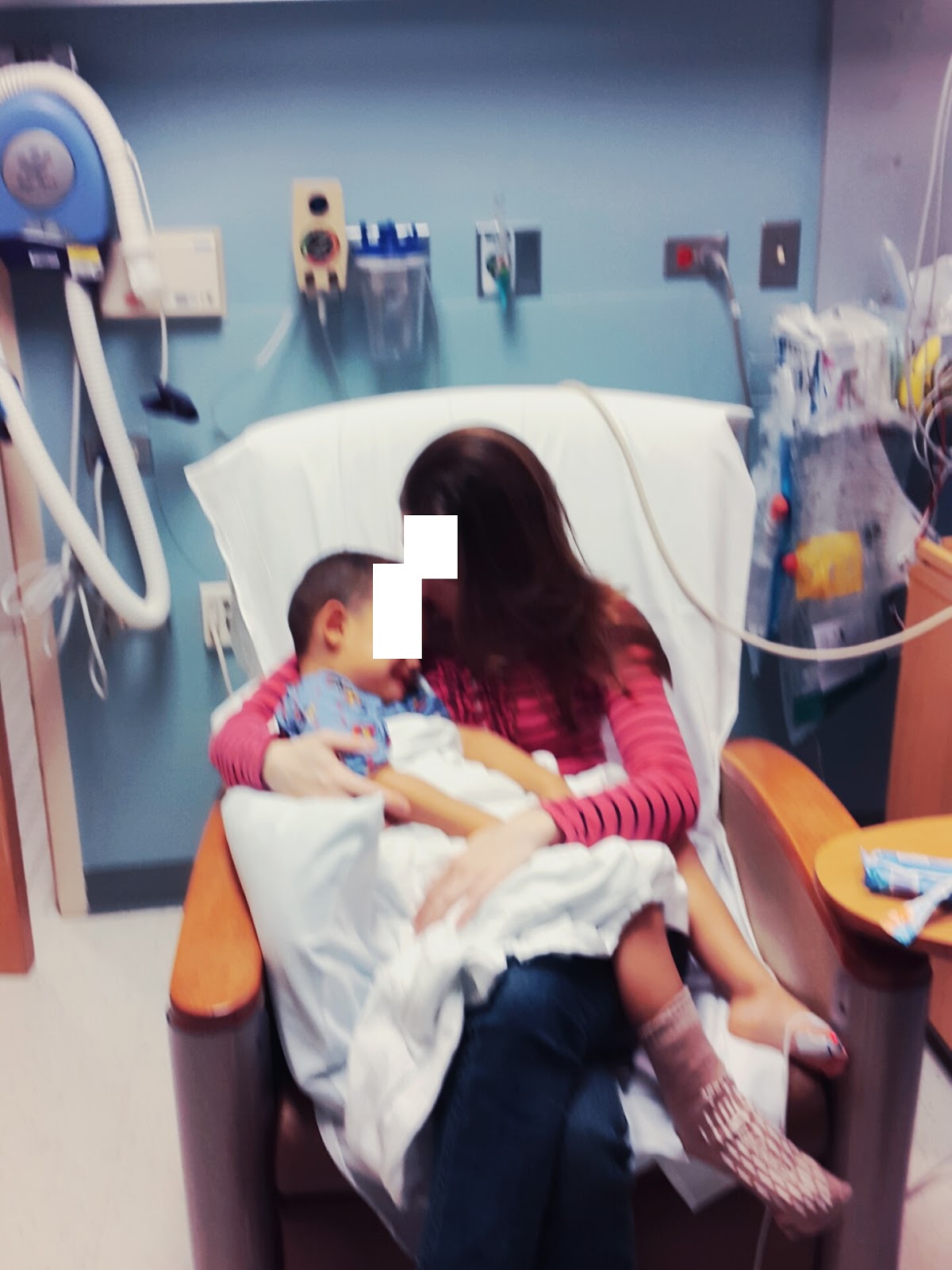 When it became clear that he was in pain and not just mad, they started giving him pain meds but they took so freaking long to work! I was sitting there comforting him and my poor friend that had come with us was trying to comfort me. Basically we were all a mess. 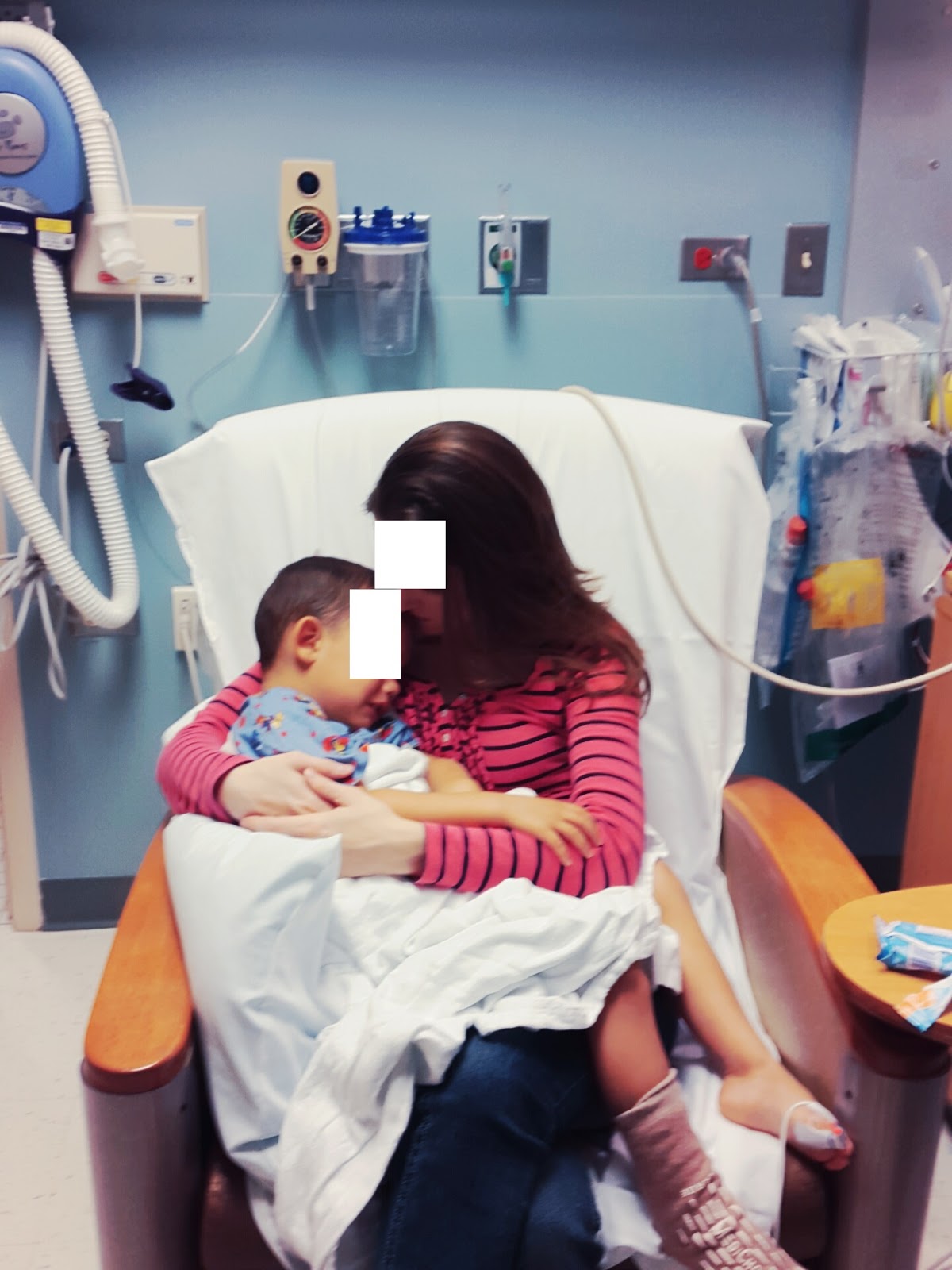 I tried to get a popsicle in him but he pretty much just watched it melt. 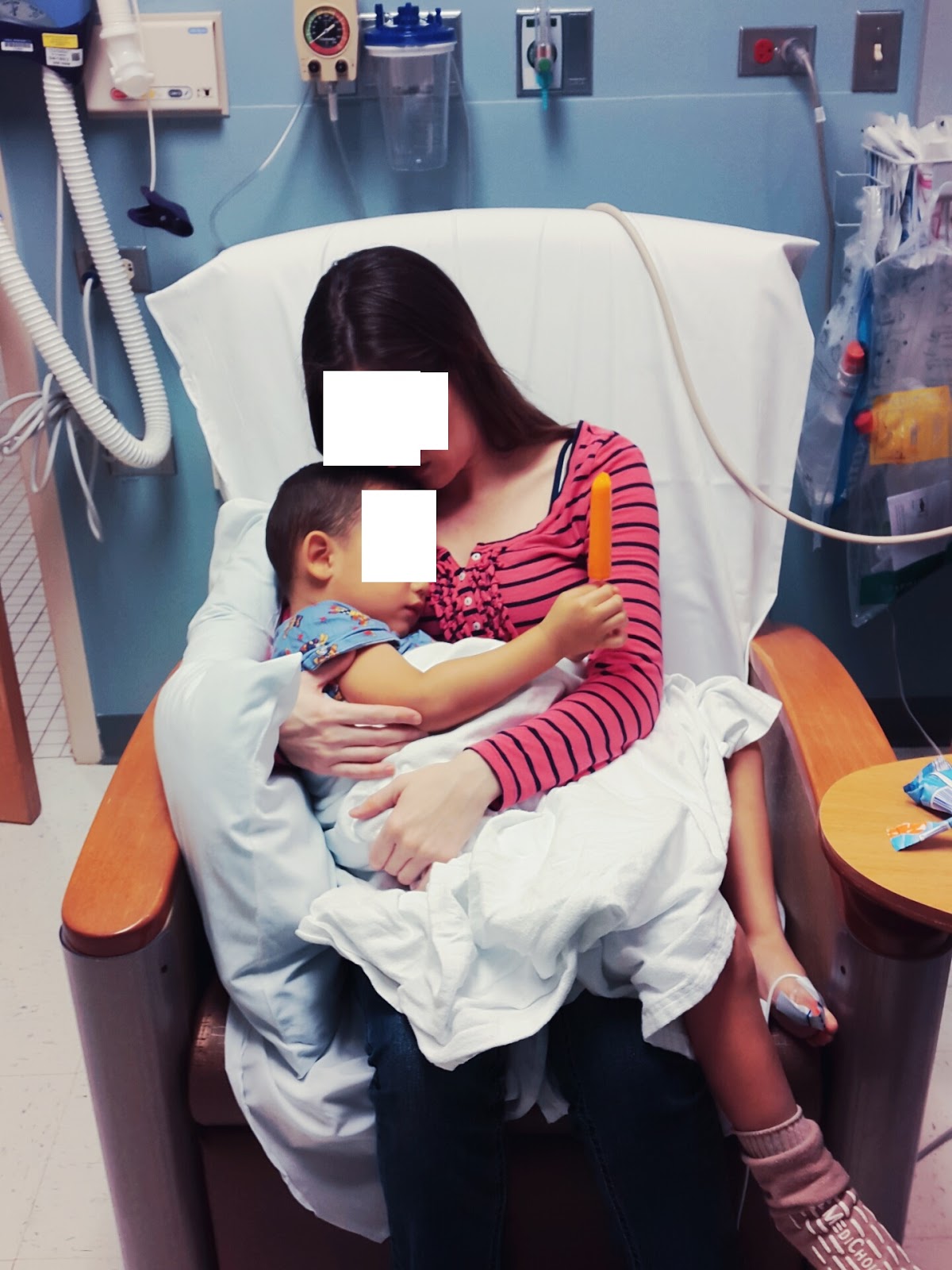 Eventually the meds kicked in and thankfully he perked up to his usual smiley self. 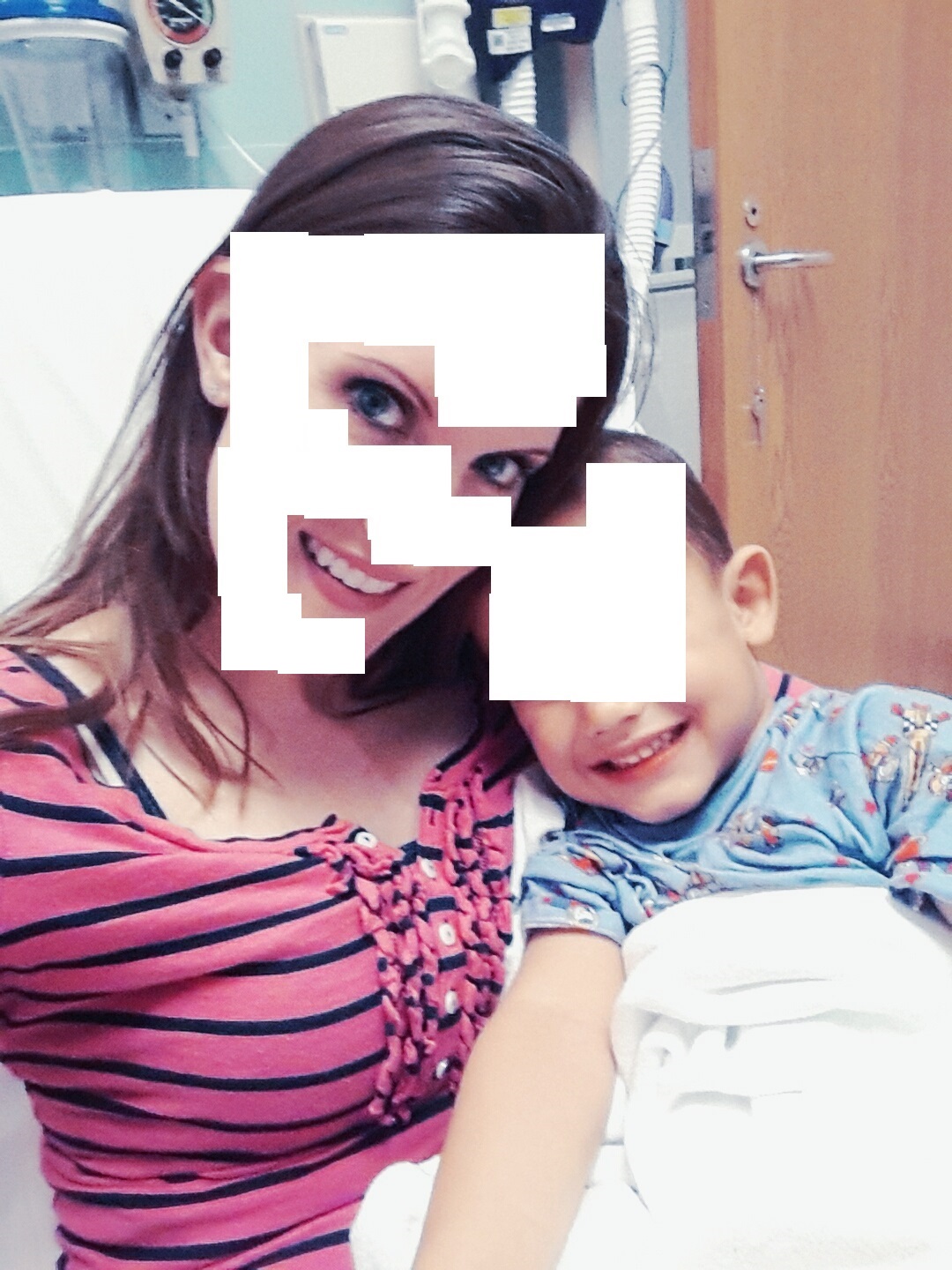 Today we are home and planning on not doing anything other than lying on the couch and watching movies. The Girl Child has appointed herself as her brother’s personal nurse and is being a big help. He is still having quite a bit of pain and I’m exhausted, so hopefully we can all just chill out a bit! 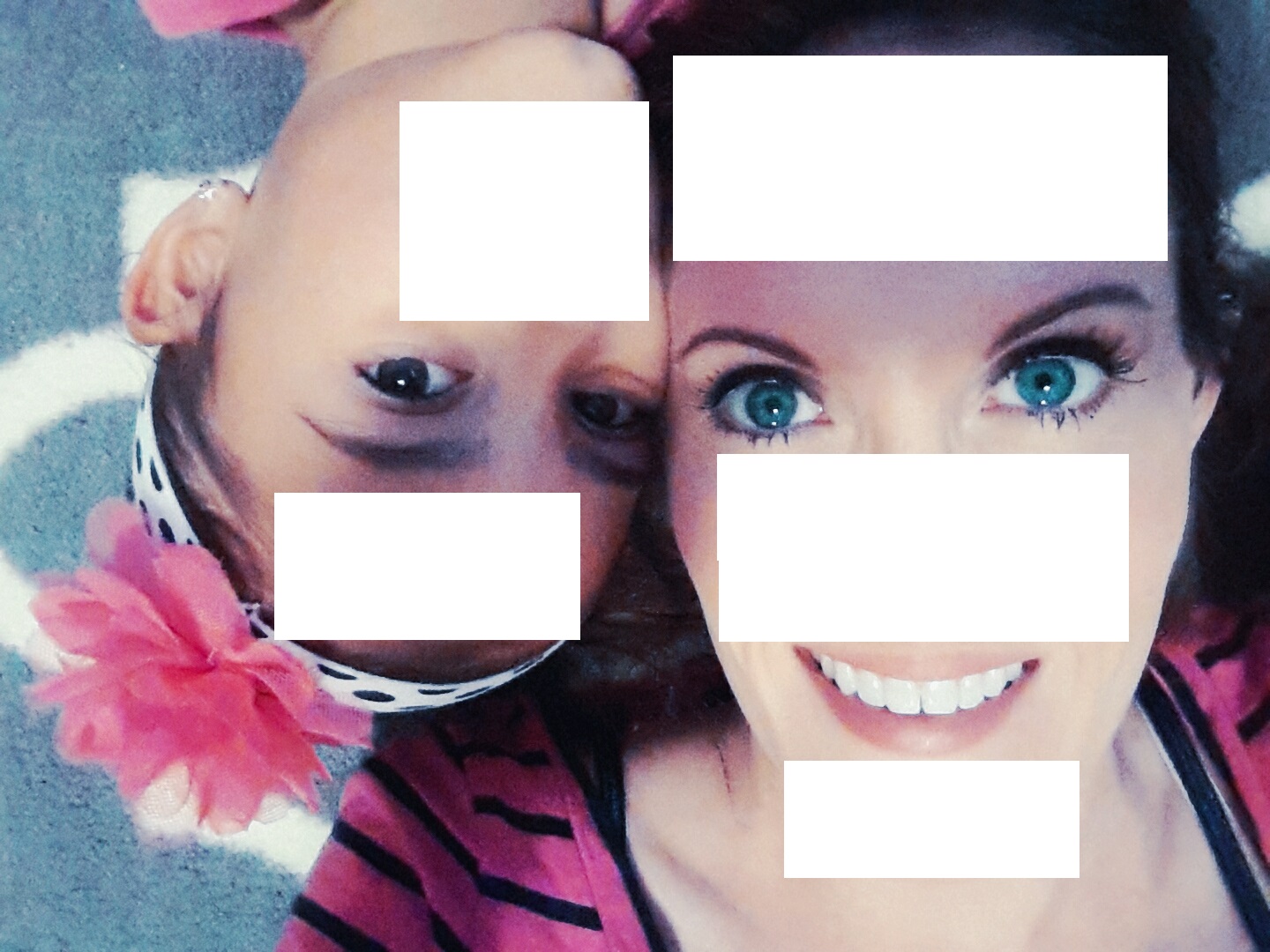 Even More Surgery On Friday; A Message About Flat Tires And Broken Dreams