It’s That Time Again, Welcome To “Conversations I Didn’t Think I Would Be Having This Week!”

I don’t know about you, but I’m just not really sure if I even know what “normal” is anymore. I think it used to be some kind of goal that I was striving for, but at some point I gave up and settled comfortably into this:

I was getting ready for work and out of the corner of my eye, I caught site of The Girl Child staring at me.

Her: “Are you sad that you only have like 30 more years of living left?”

Me: Stares at her in what must have been a shocked and somewhat annoyed looking expression.

Her: “What? I didn’t say I was happy about it either.” 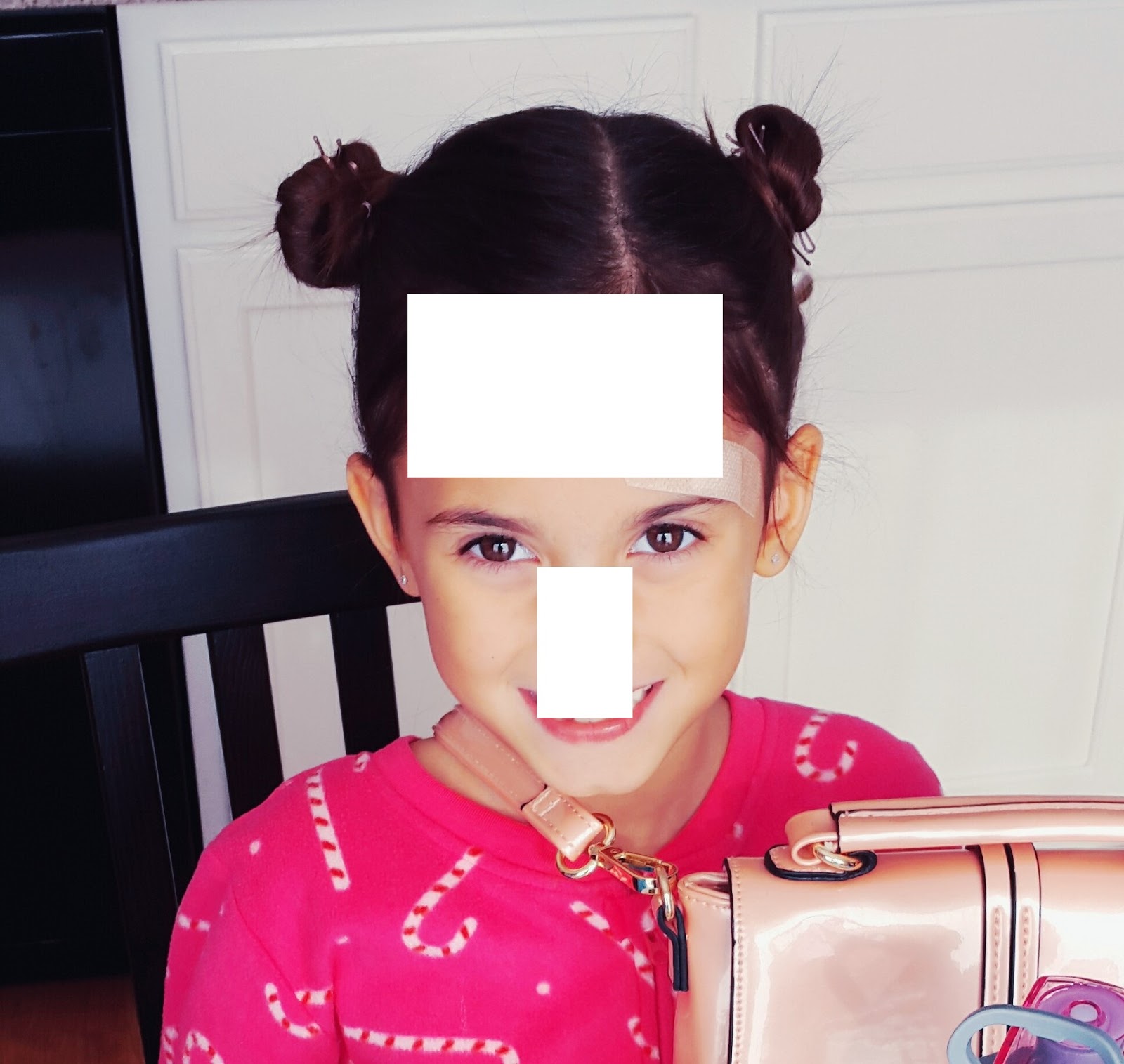 The route that we take to get to daycare has us go over a bridge and through an intersection. At the intersection the north/south street has a stop sign on either side, and the east/west street (the bridge) does not. So if you are coming off or going onto the bridge you don’t have to stop, but if you are driving on the cross street you do.

On the way to daycare we noticed a big flashing sign alerting us to the fact that next week the intersection was going to become a four way stop. Now I’m not one to rant and rave about other drivers while I’m in the car, but what I will admit to doing is constantly commenting on the traffic patterns and why the city is doing everything wrong.

I mean really, the city should have consulted me about half of their road designs because their ideas suck and mine are much better.

But anyway, today I didn’t even get a chance to throw in my two cents because from the back seat I heard The Girl Child say “well that is just absolutely ridiculous. So now what, traffic is going to back up all the way over the bridge? That seems really unsafe to be stuck on a steep bridge when there will be ice on it, especially with the train tracks right at the end of it. Who came up with this genius plan?”

Sarcastic perfection based on a very valid point!

I have done my job well.

Once again, the Chiropractor that I work with makes it into the blog with this fun little conversation that innocently started with the two of us talking about some work my car needed done, but then morphed into this…. 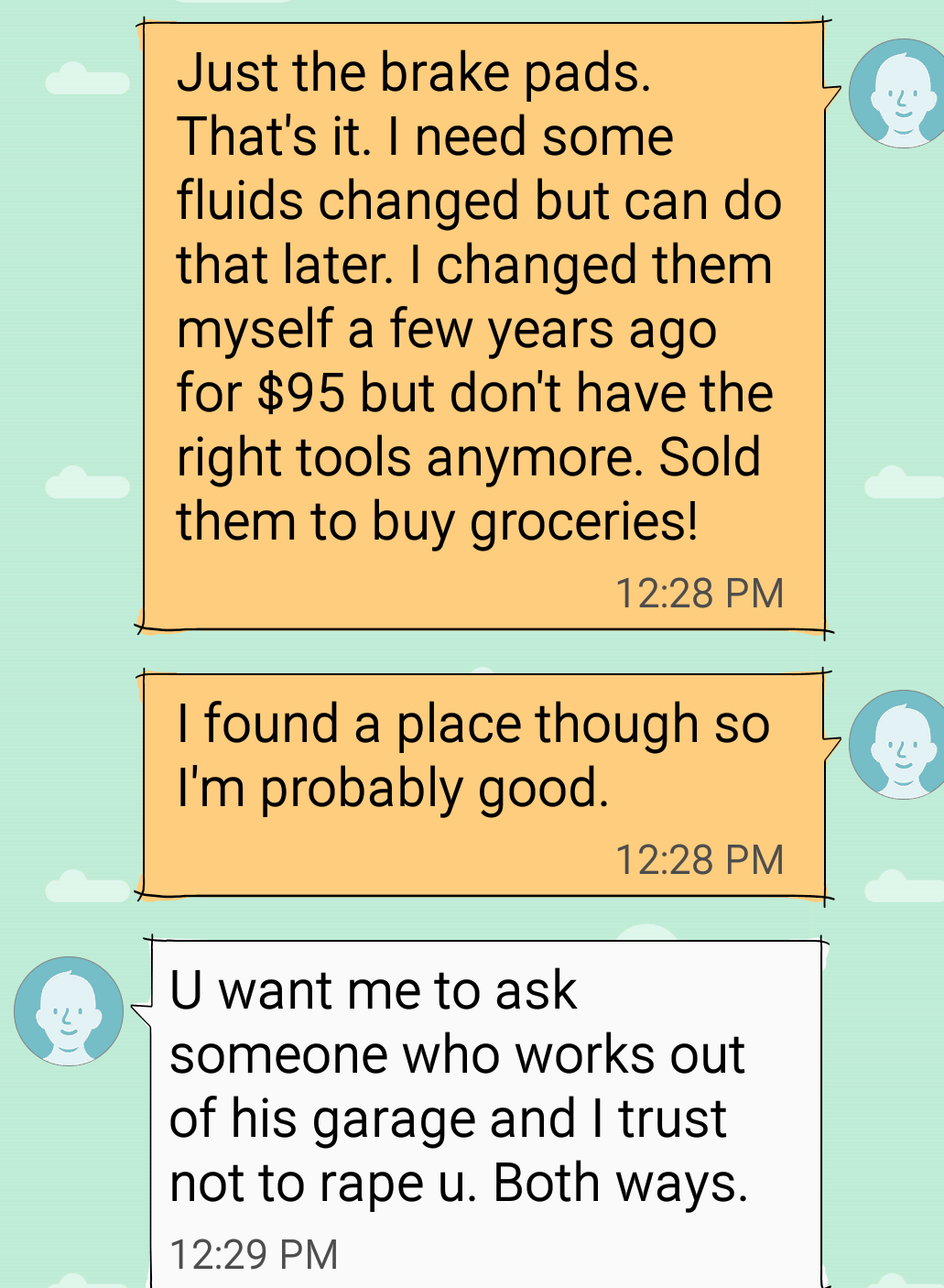 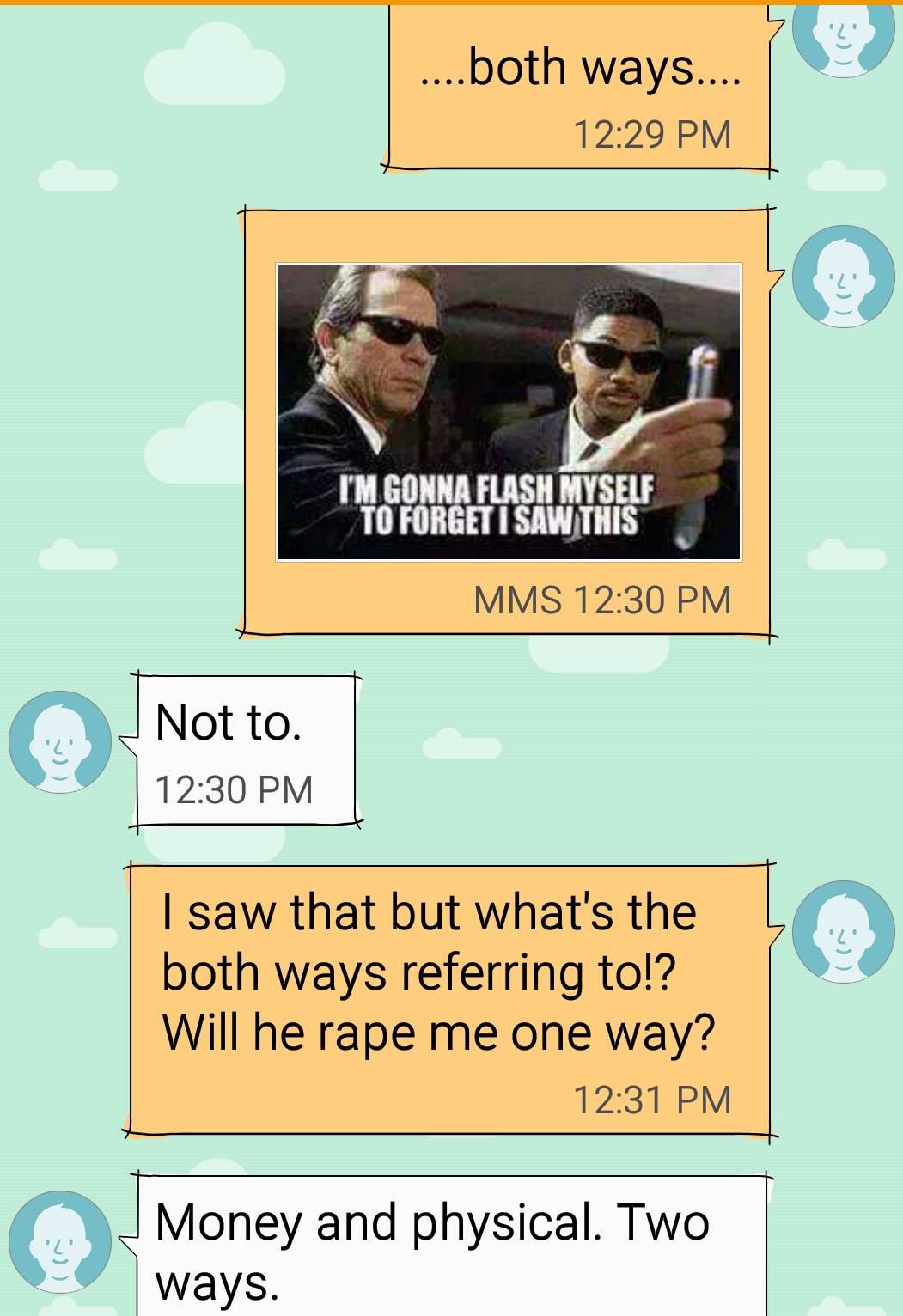 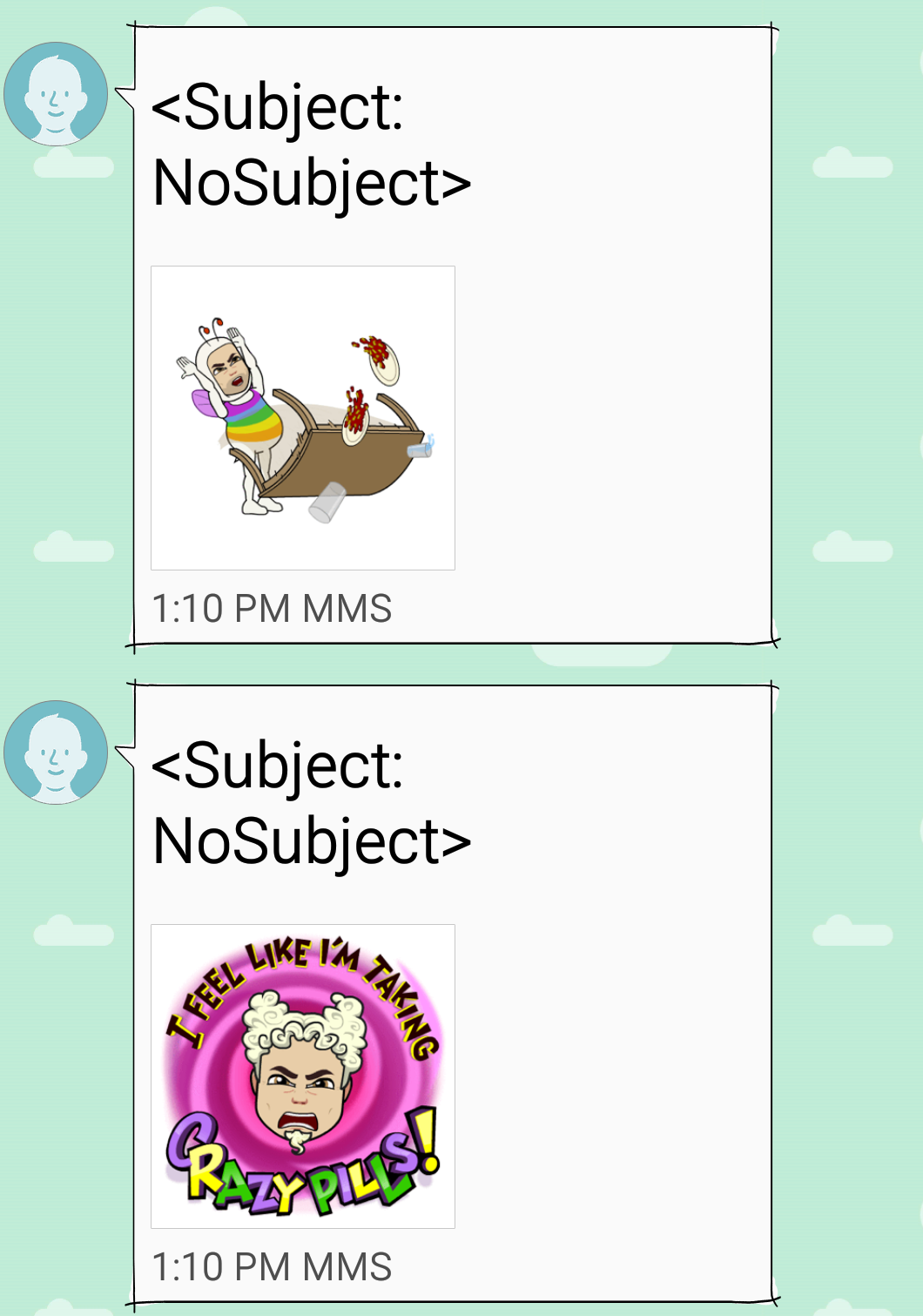 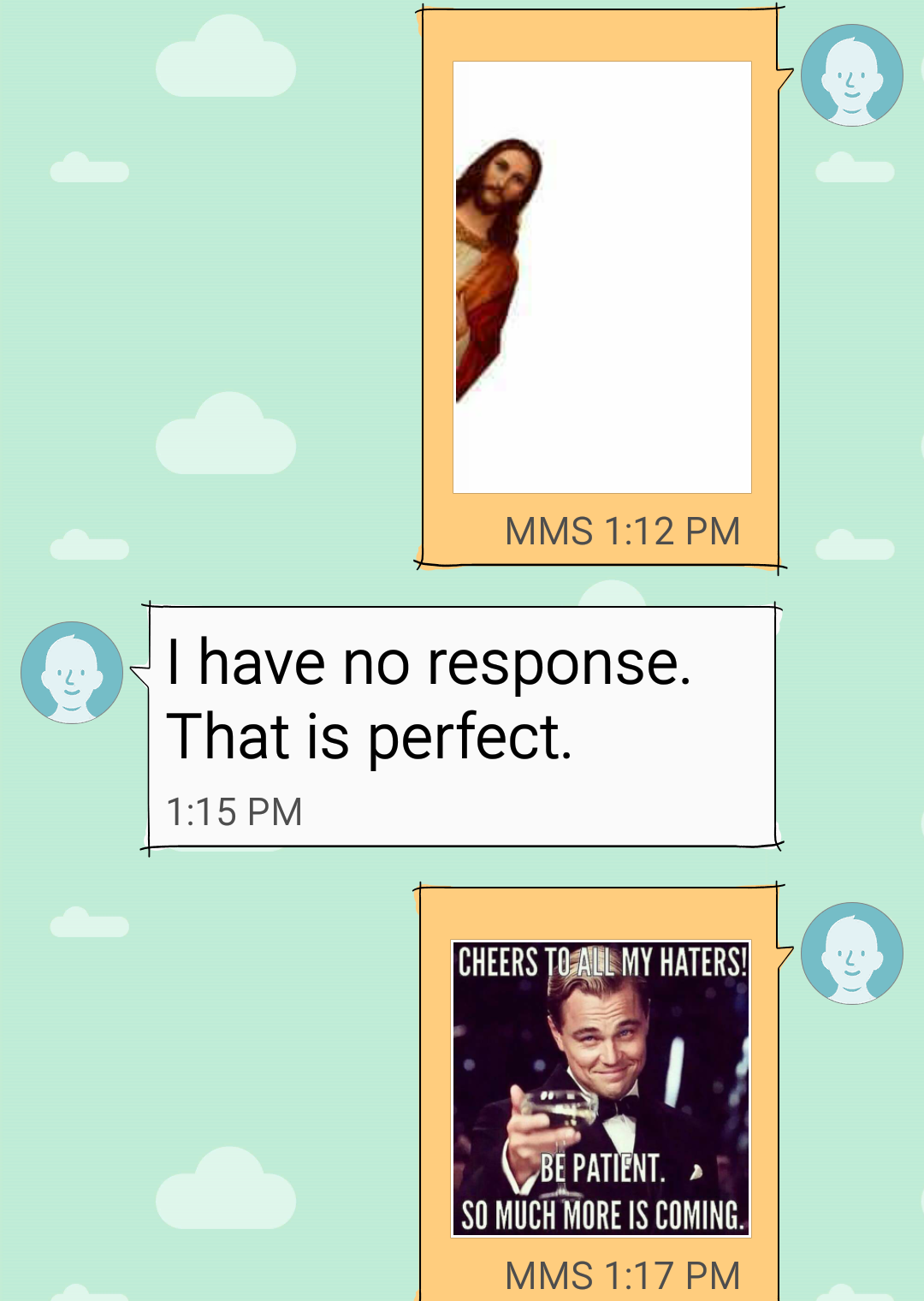 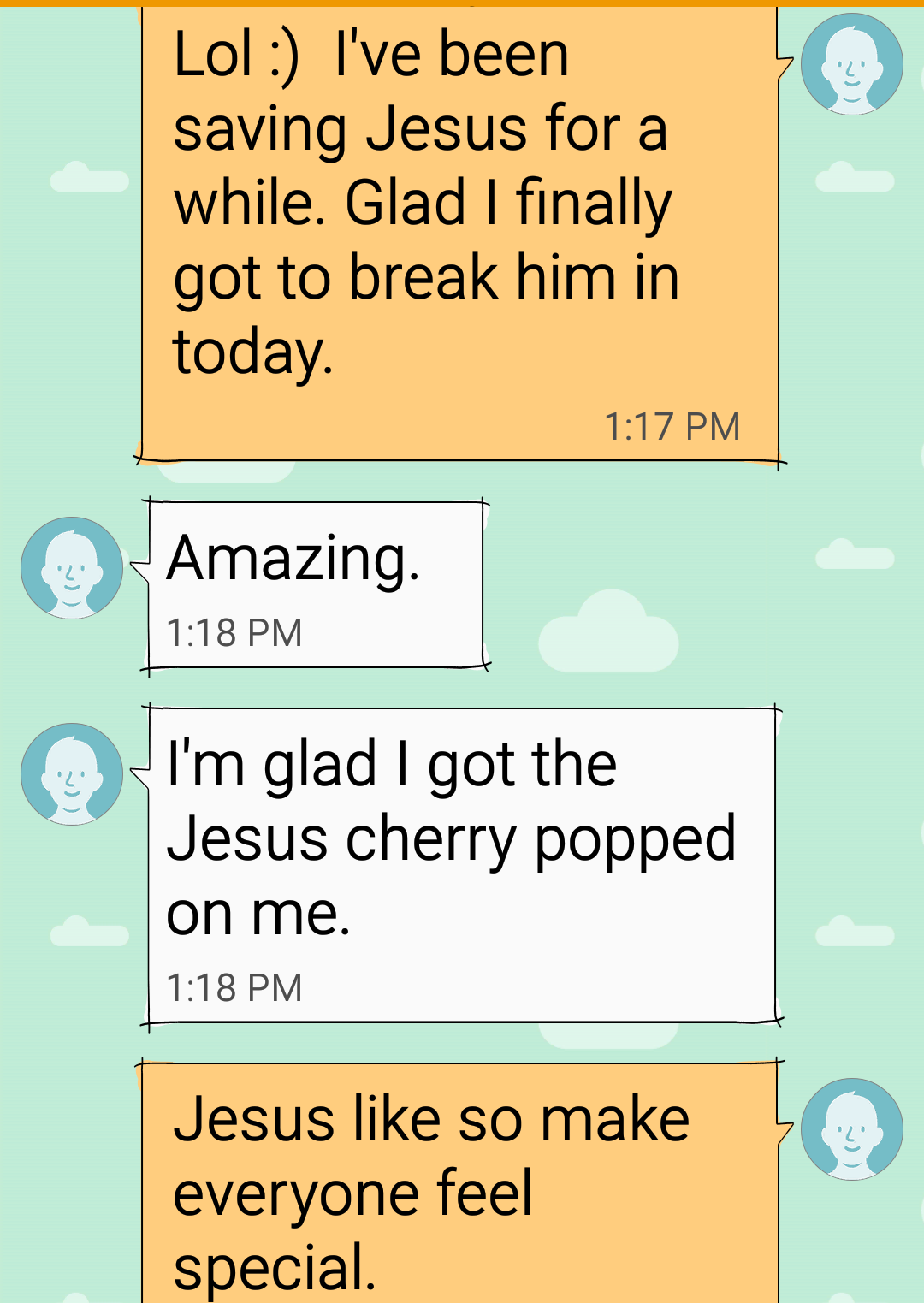 Grammar. I knows it.

The Boy Child got an invitation to a birthday party, but his name was misspelled with a random letter “E” at the end of it. Bringing it over to me and excitedly pointing to his misspelled name, he said “Momma, that’s almost my name!”

Me: That was supposed to be your name buddy, it just got spelled wrong. But you are right, it’s very close to being your name!

Him: He looks at me suspiciously, then looks at the card, and then looks back at me before saying “That is not my name. That says Walmart.”

Last I checked, your name only shared one common letter with Walmart’s name, BUT WHAT DO I KNOW.

They didn’t have a valet… 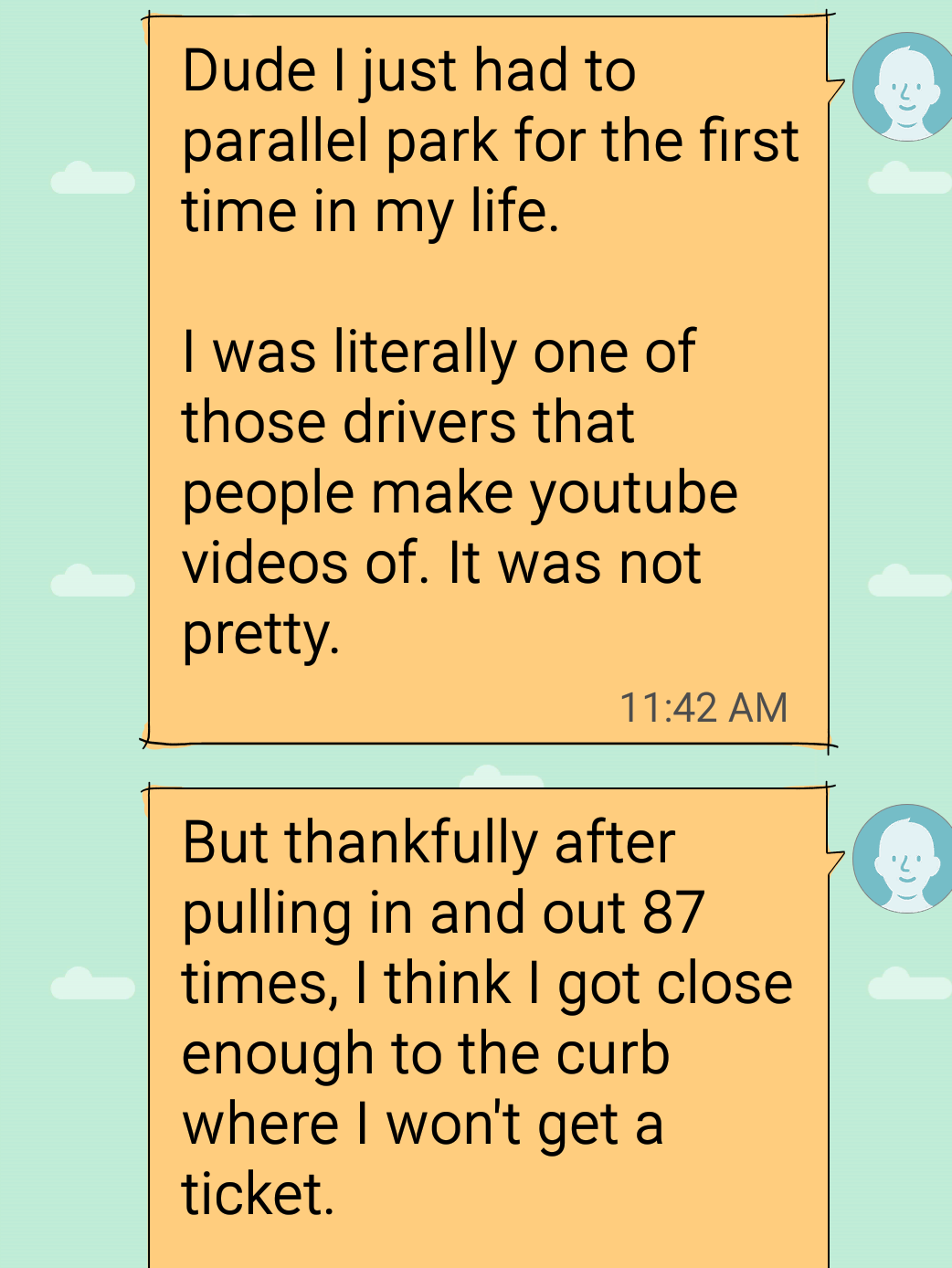 I really don’t know why anyone goes out with me. Would you take me on a first date after you had this little get-to-know-you conversation with me? 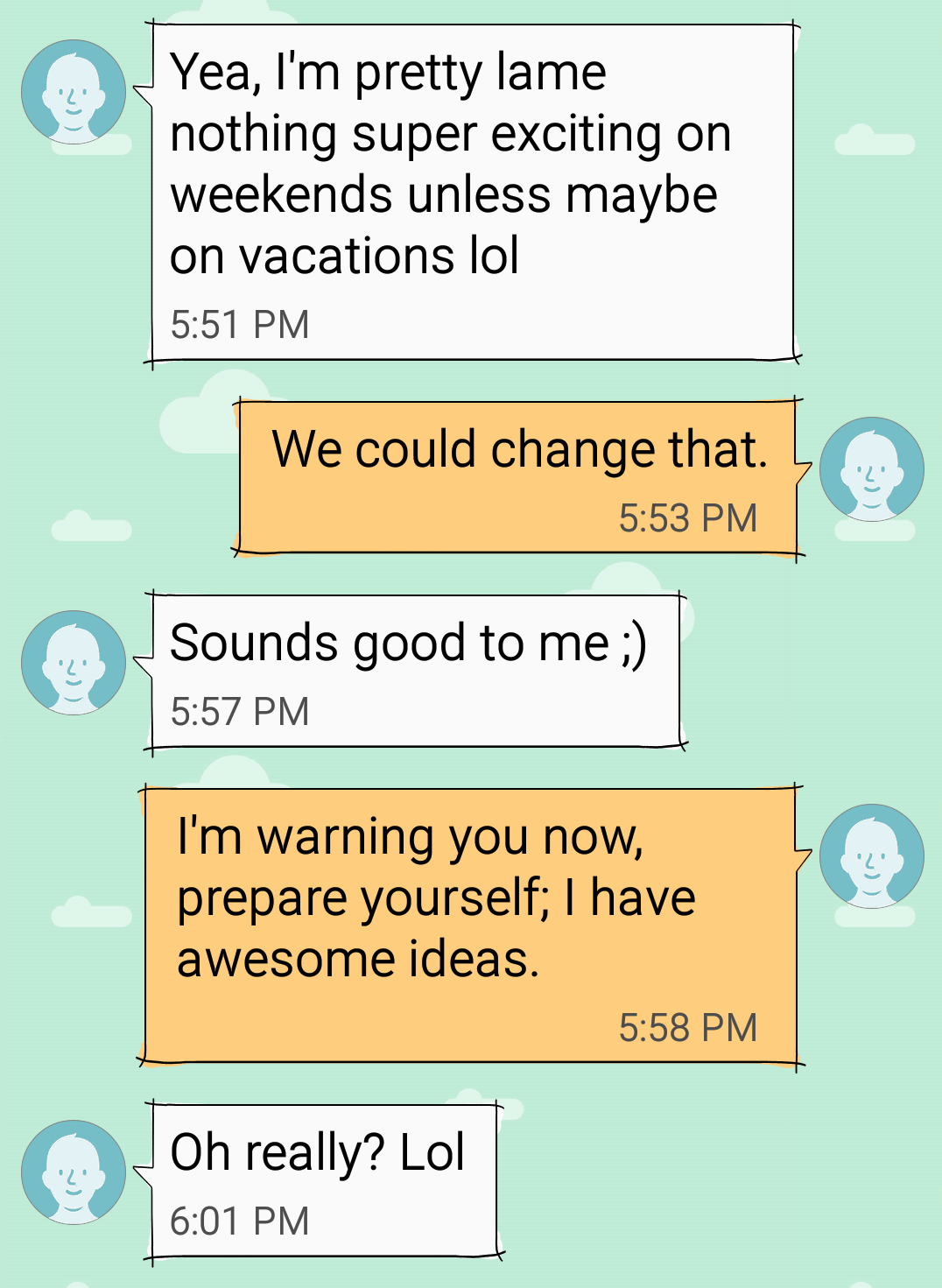 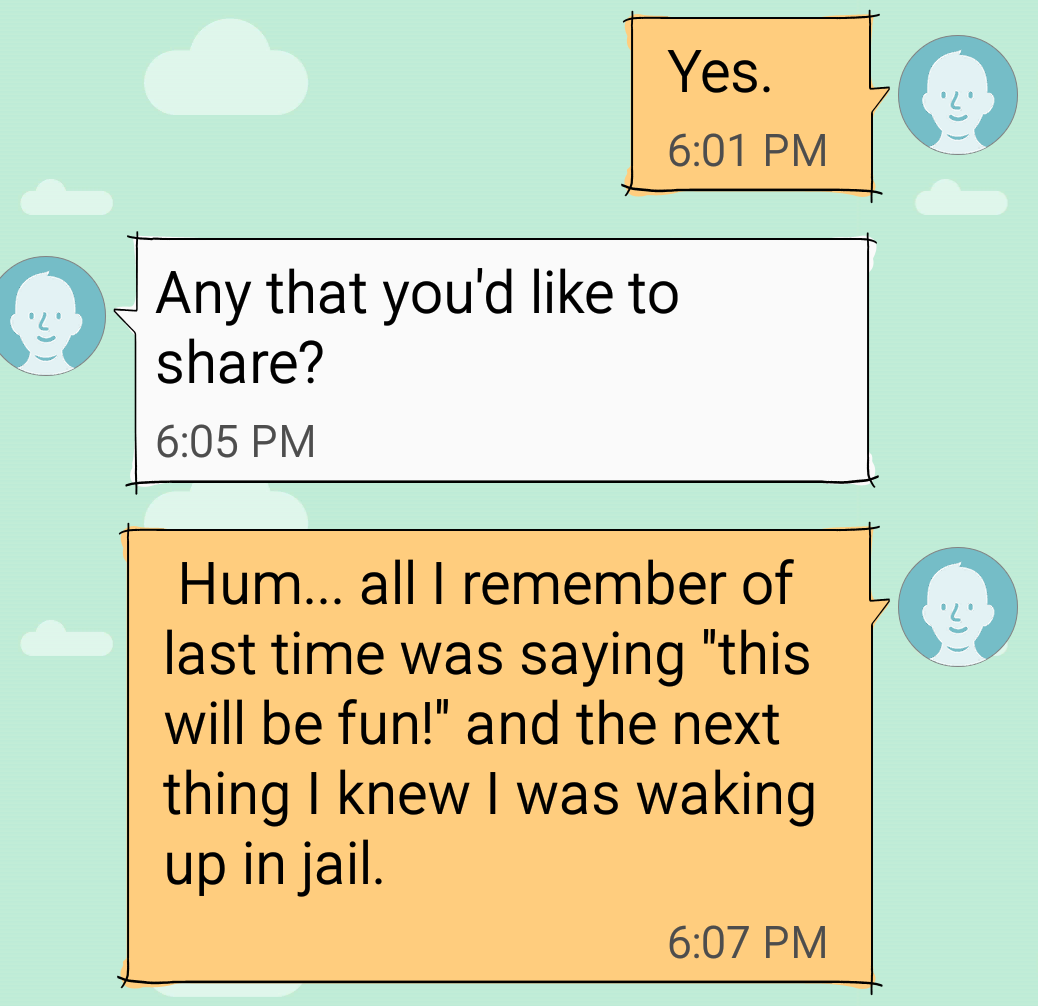 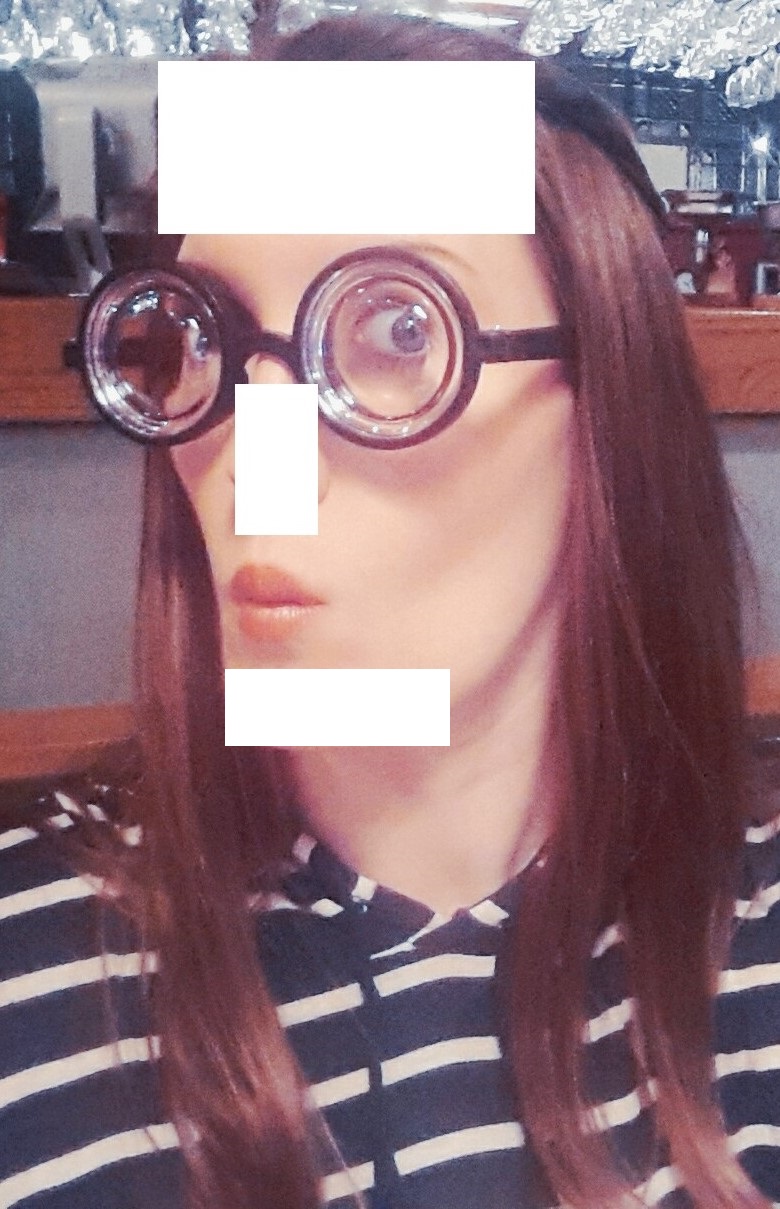 Nothing like a little text conversation with Frisbee Boy’s Mom (aka my surrogate mother). 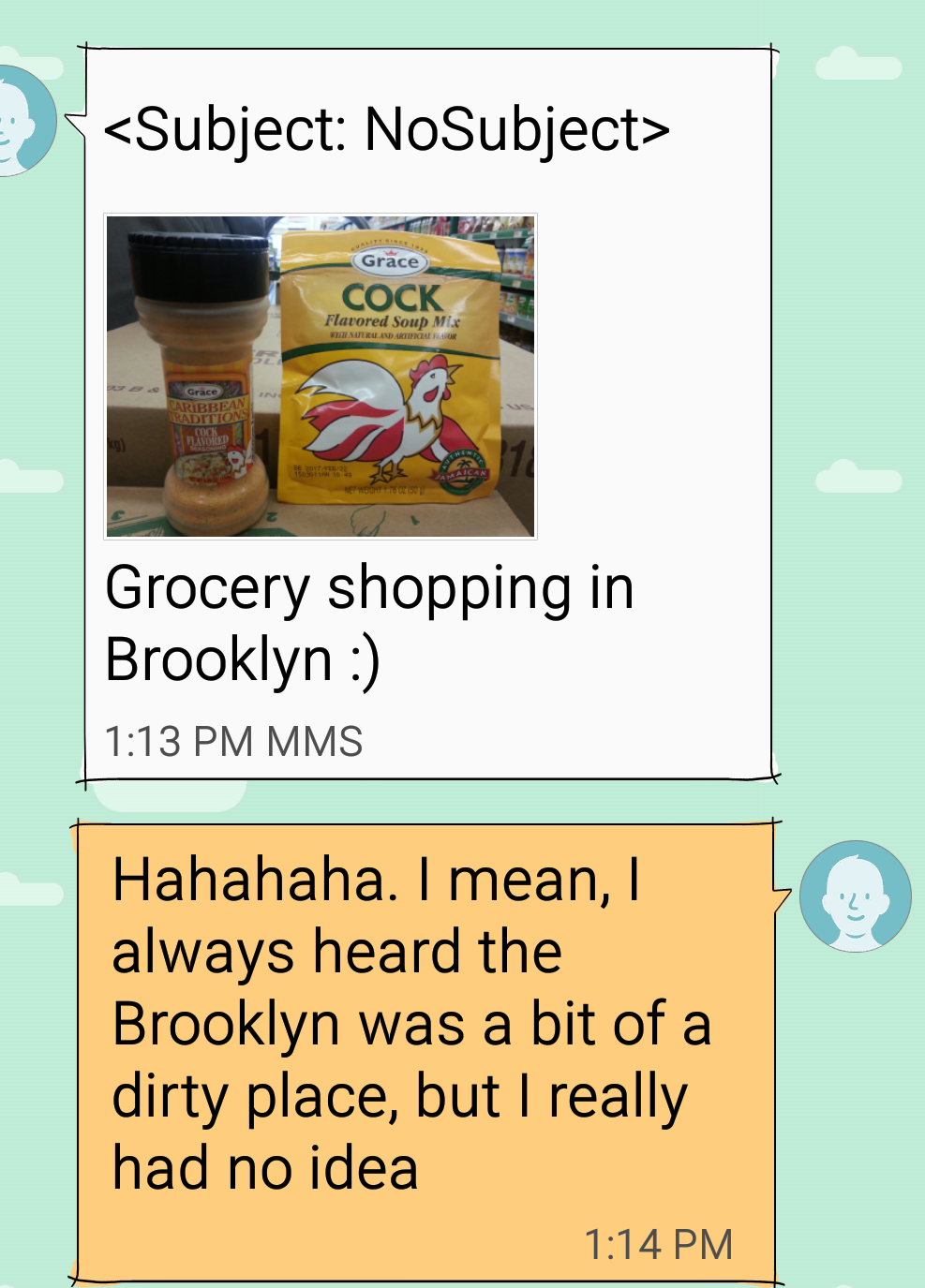 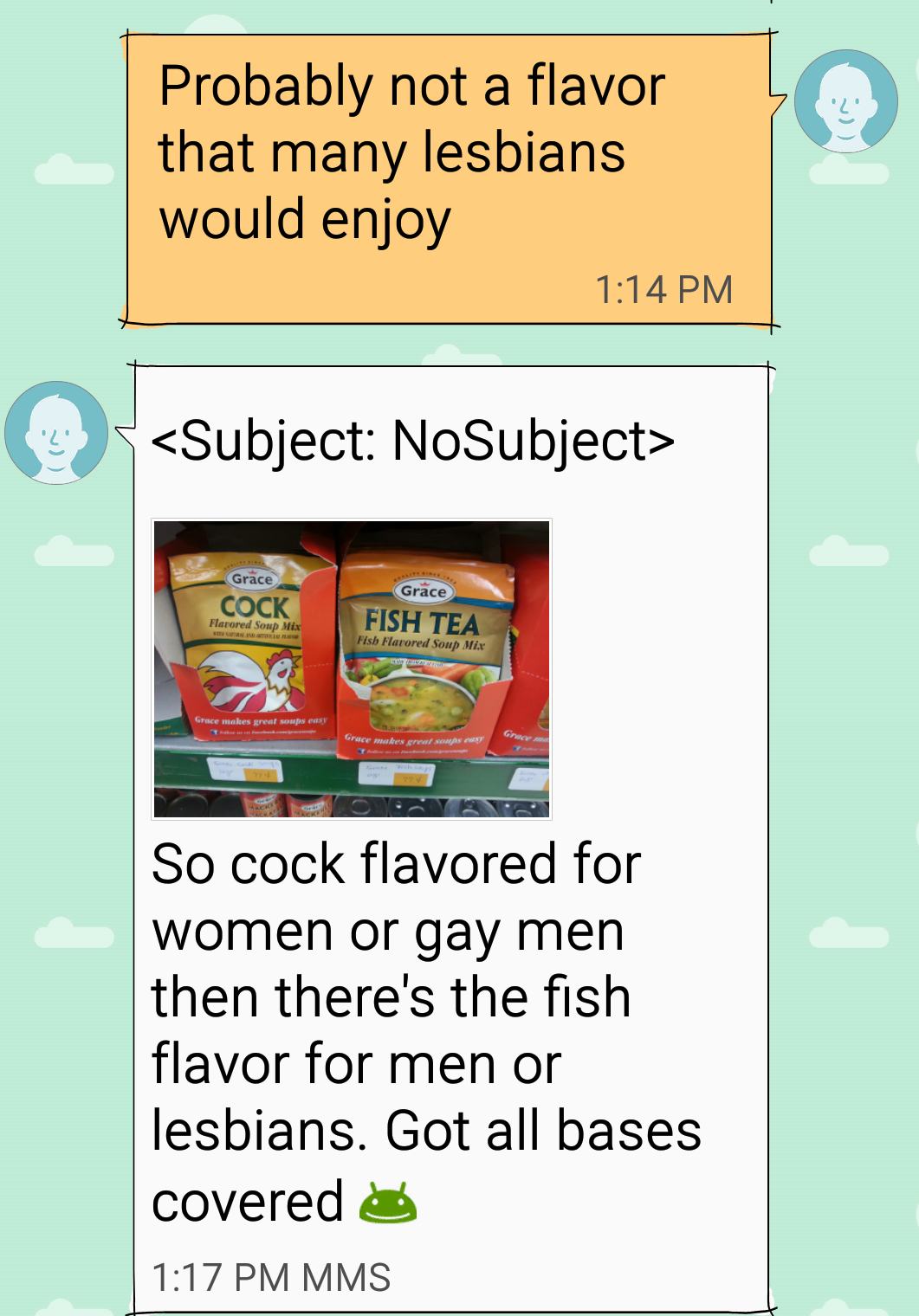 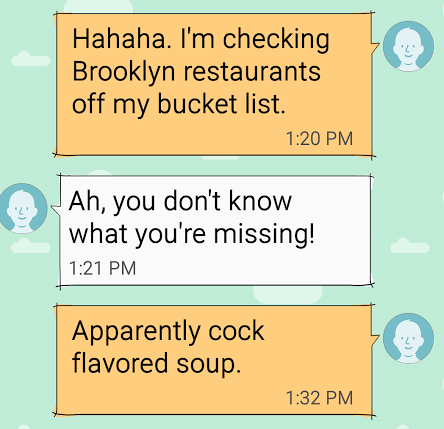 And well, yep, that about sums it up.

OK, well I’m off to court AGAIN. Wish me luck! I’m actually not worried. I don’t think it will be that bad and sometimes I even get to snuggle with strangers.

Yea I wasn’t a fan of that.

I’m going to do my best to avoid that.

Have a great day and I’ll report back soon.

Tags: Chiropractor, Conversations I Did Not Think I Would Be Having, Frisbee-Boy's-Mom, Odd
Newer Posts