I Got To Ride In An Ambulance

Yesterday I was having lunch with a fellow nonprofit board member, and as I usually do, when the waitress came I asked if the restaurant had any gluten free options. To my excitement, they had a whole gluten free menu.

Unfortunately when my burger came, my supposedly gluten free bun looked IDENTICAL to my friend’s gluten one, so naturally I became suspicious. Wanting to confirm with the waitress, I asked her if mine was gluten free. When she paused and then said “uuuummmm…… yeeeeesssss. Yeeessss it issss,” I became even more suspicious.

And did not want to touch that thing with a ten foot pole.

Deciding that I wanted a second opinion on this burger that may or may not contain gluten, my friend and I sat, and waited, and sat and waited, and then waited some more, until ANYONE at all would come to check on us so we could inquire about my now cold hamburger. When it got to the point that my friend was done eating and no one had come back to the table, and I suggested that maybe my friend dramatically fall out of his chair and throw himself to the floor so that we could get some attention, the manager walked by.

Looking at the burger, he said “oh no. No that is definitely not gluten free. I am so incredibly sorry and I will be right back.”

He came back less than 30 seconds later, with the same burger.

“Sorry, the chef said that we use a company now that makes gluten free buns that look just like our regular buns.”

But feeling guilty that my friend, a busy attorney, had already been overly gracious about waiting with me through the whole charade, and having not eaten gluten in so long that the threat of actually dying from it seemed like a distant memory, I decided to eat the damn burger.

This is me messaging my husband two hours later. 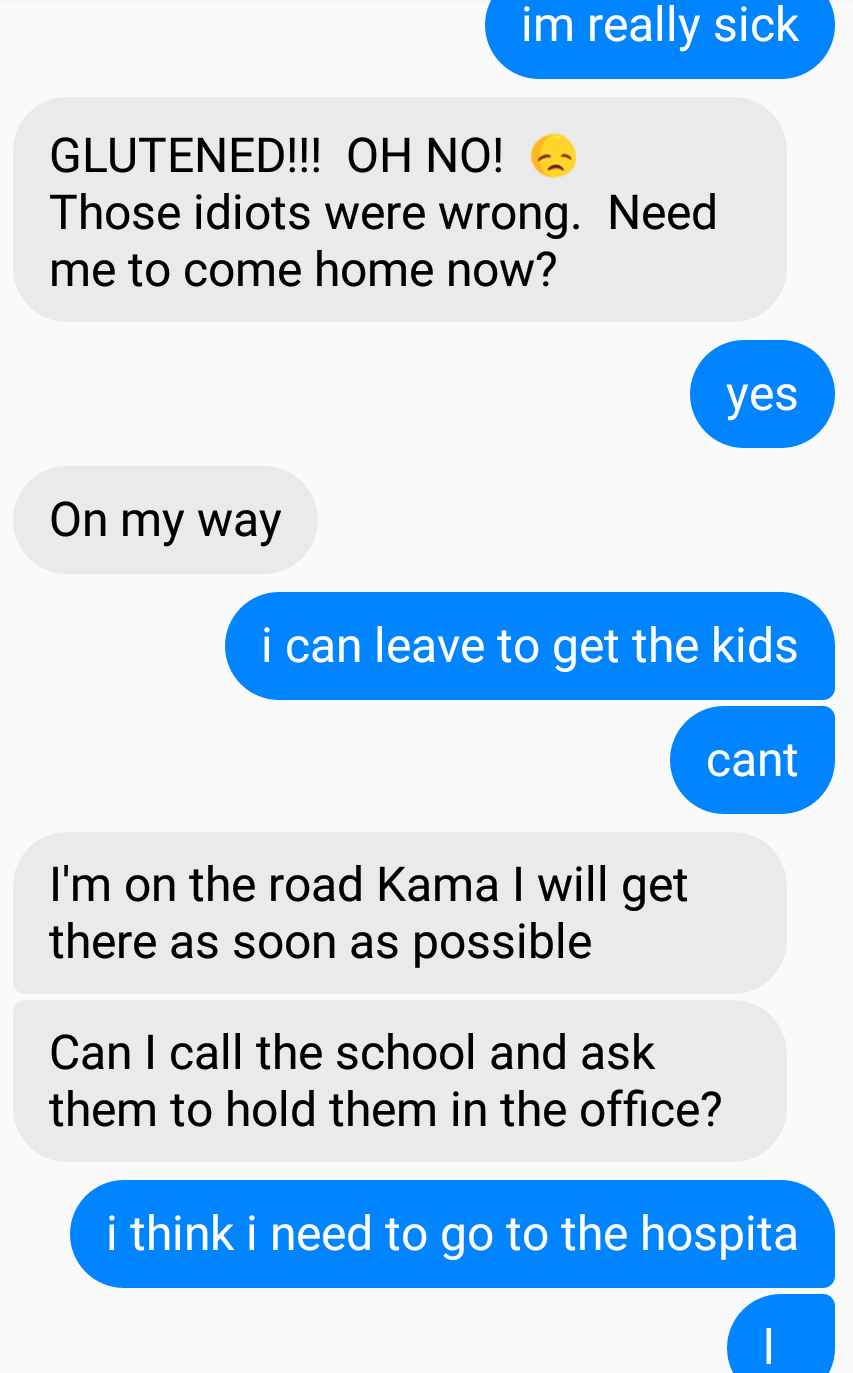 Now mind you, I live with a debilitating chronic health and pain condition, and I can say this with 100% honesty; I rarely, if ever complain about it. In the year and a half that we have been together, The Guy has asked me at least once every week if I need him to stay home for something health related, and I have never, EVER taken him up on his offer, or had him rearrange any of his plans, because I’m used to managing my health alone, and I don’t like to inconvenience people.

Remember when I had that rhinoplasty and then came home to recover alone?

In fact, several weeks ago I had surgery and despite his protests, I insisted that The Guy go to work, because I would be fine on my own, and would be taken care of in the hospital. I was able to get a babysitter to take the kids to school, pick them up, and stay until The Guy got home from work, so I saw no reason for him to have to change his plans for me.

And I was fine.

Until yesterday when I really felt like I was dying. 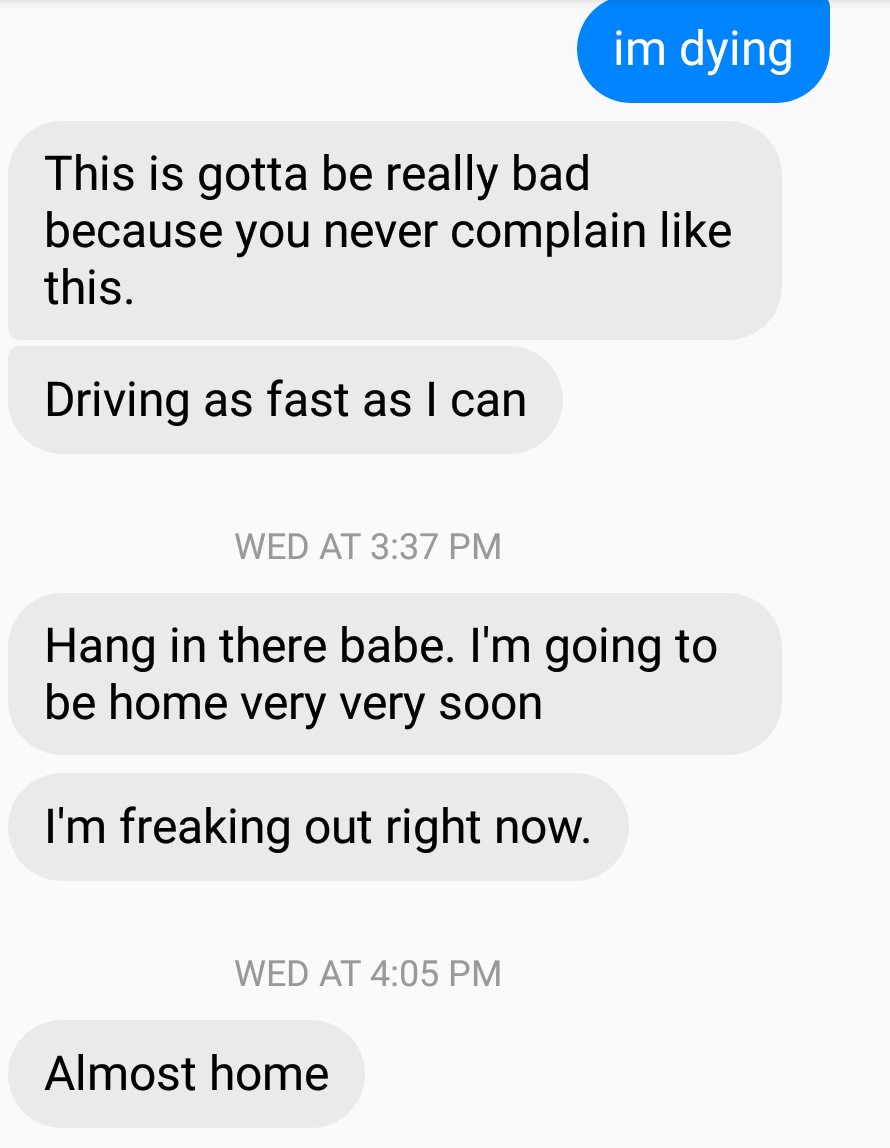 And my poor kids, who are everything to me, who are my #1 priority in life and I would willingly throw myself into traffic for them, got left at school.

I left them at school for an hour past school ending.

I was so violently ill in every way imaginable from the exorcist style vomiting to a fever that was shooting up to 105 and dropping down to 95 within a matter of minutes (over and over again), with a blinding headache that wouldn’t even allow me to stand up, that The Guy raced home to find me collapsed on the bedroom floor.

He called an ambulance.

All my neighbors came outside to watch me get loaded in, barely conscious.

And then, because ALL THE FUN happens when I’m around, when the paramedics took my blood pressure and it read 80 over 50, my oxygen levels began to drop, and they blew out multiple veins trying to get an IV in, I heard one of the guys say to the other one “lights and sirens bud, we’re losing her back here,” and then I swear we nearly crashed into someone. I couldn’t see anything, but from the intense blaring of the horn, the yelling of the driver, and the fact that we stopped so fast that I nearly catapulted out of the back of the ambulance, IT’S MY BEST GUESS.

Thankfully we arrived at the hospital in one piece, and soon I was settled into the cardiac trauma unit with my roommate; a kind older gentlemen with a heart condition, dementia, and a hearing loss, who kept repeatedly asking me much too loudly to take his pants off, because he thought I was his wife Betty.

And after enough morphine, I began to wonder if maybe I was the confused one, and I was actually Betty. 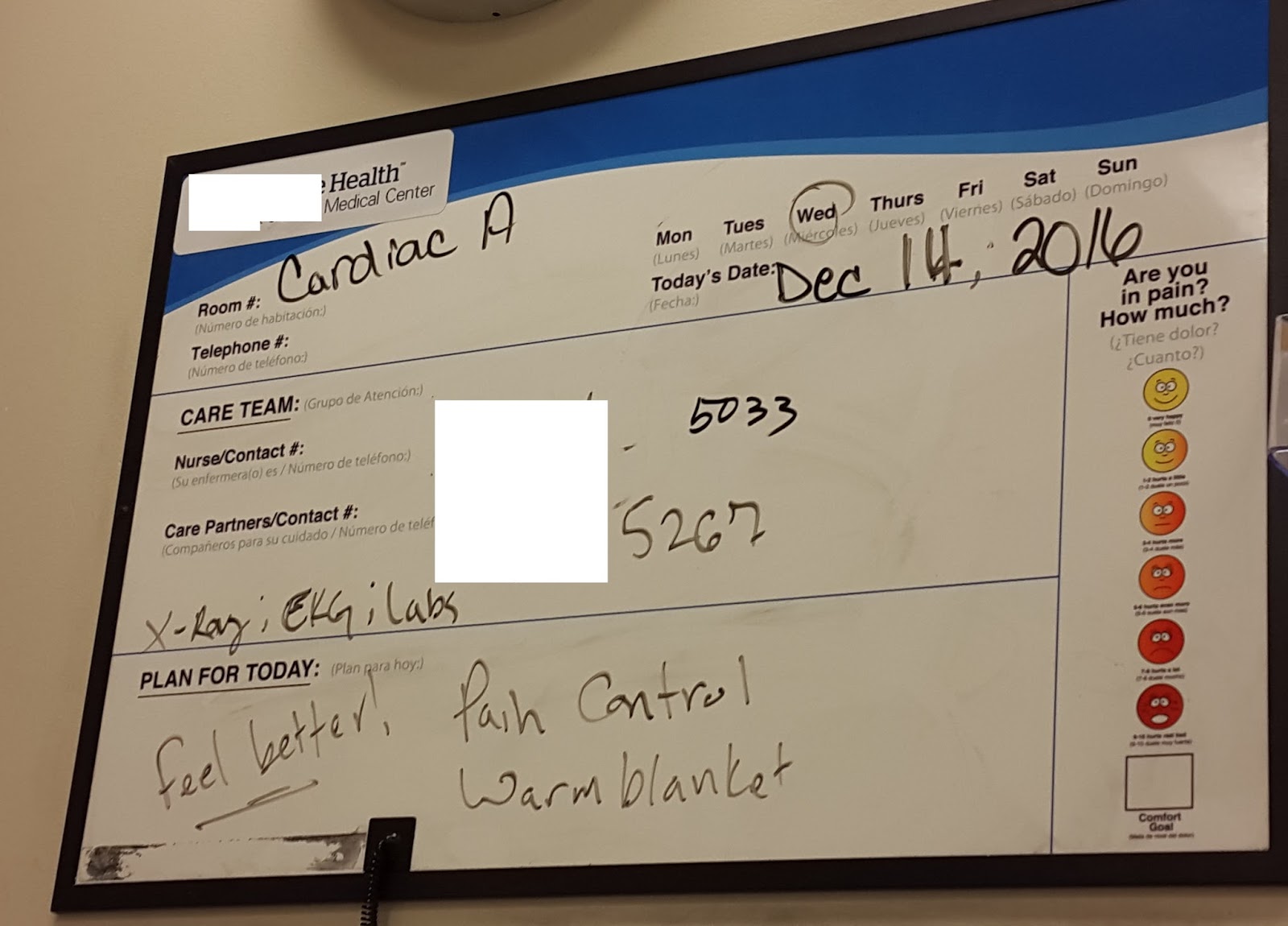 Thankfully The Guy arrived not long after and assured me that no, I was not Betty.

And also thankfully, as you can see from the existence of this post, I’m feeling MUCH better. 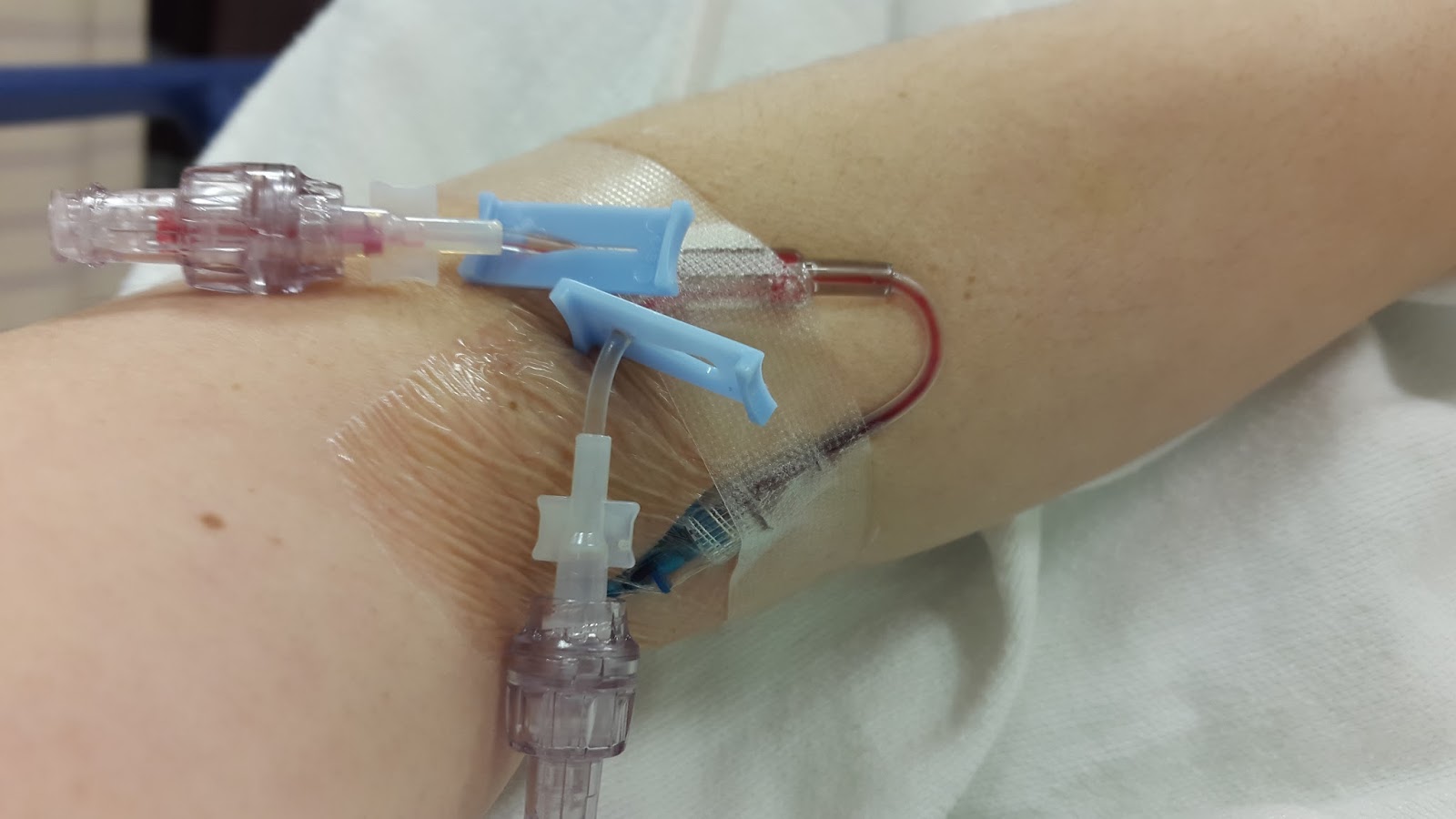 I had a great blog ready to go that I was planning to run today, but I’m too exhausted to edit it, so it will have to wait until next week.

In other news, The Guy called the restaurant to complain, and they admitted that “yea, sometimes we have a hard time telling the buns apart.”

I think that may be a problem.