Finally, Another Episode Of “Conversations I Didn’t Think I Would Be Having This Week”

A few days ago, The Boy Child came home from school with this picture of Abe Lincoln in his folder: 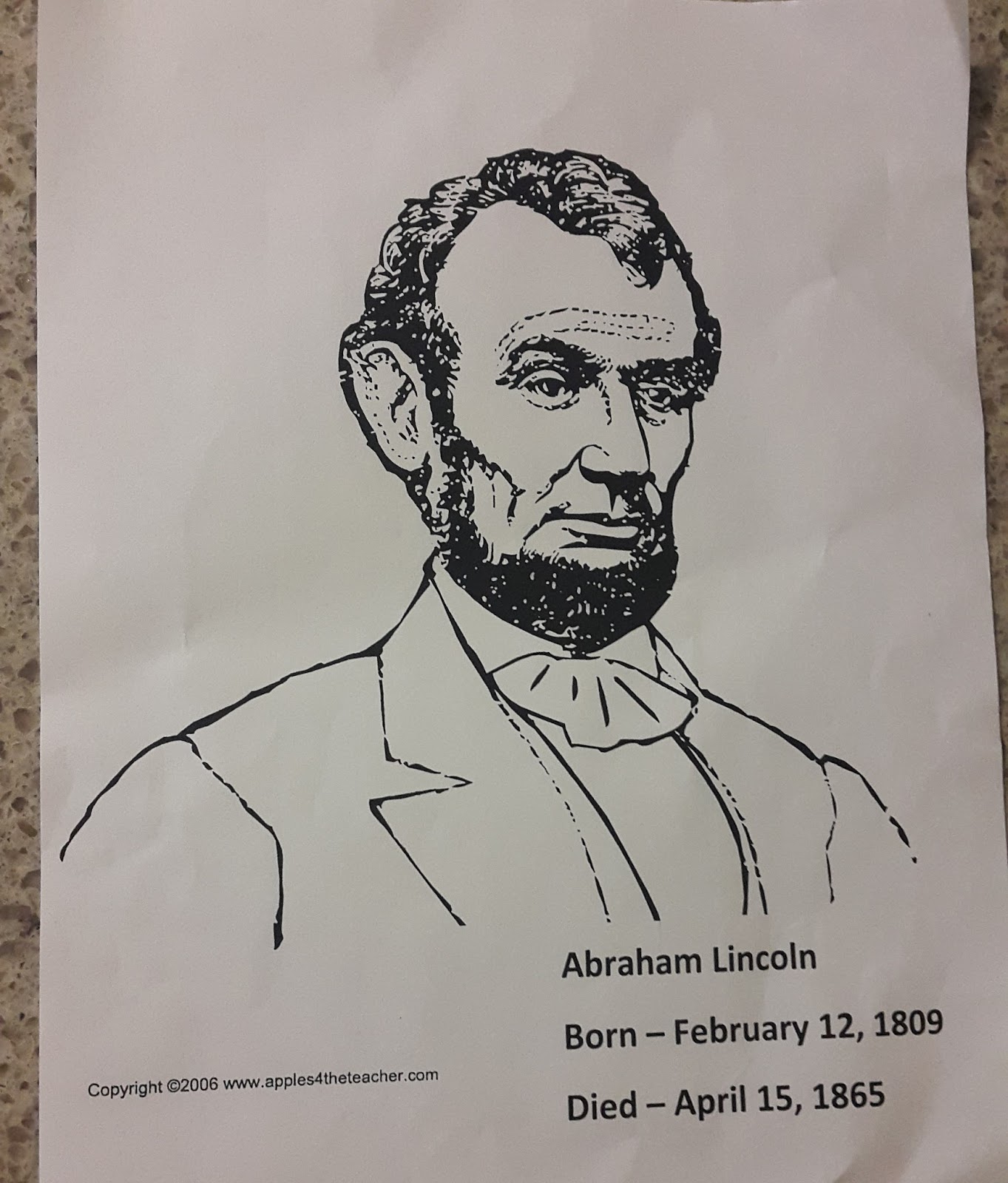 Not knowing if it was some kind of homework, I asked him what it was.
Boy Child: (Looks at me like I’m an idiot) “That’s Abraham Lincoln. He is dead.”
Me: “Yep. yes he is. What is this for?”
Boy Child: “He is dead!”
Me: “I know he is dead, but what do we need this paper for?”
Boy Child: “He was watching a play, and he got shot in the ear, and now he is dead.”
Me: “Uh, interesting lesson for a kindergartner, but what is this paper for? Are we supposed to be doing something with it?”
Boy Child: (Clearly exasperated) Shouts “Don’t you even care if he is dead!?”
Me: (Also exasperated) “Yes, of course I care that he died, but what are you supposed to be doing with this picture of him?”
Boy Child: “IT’S BECAUSE HE DIED.”

So anyway, I’m glad that we cleared that up, and if anyone knows what we are supposed to be doing with a picture of the former president, please email me.

Oh yea, and there was also a hat. 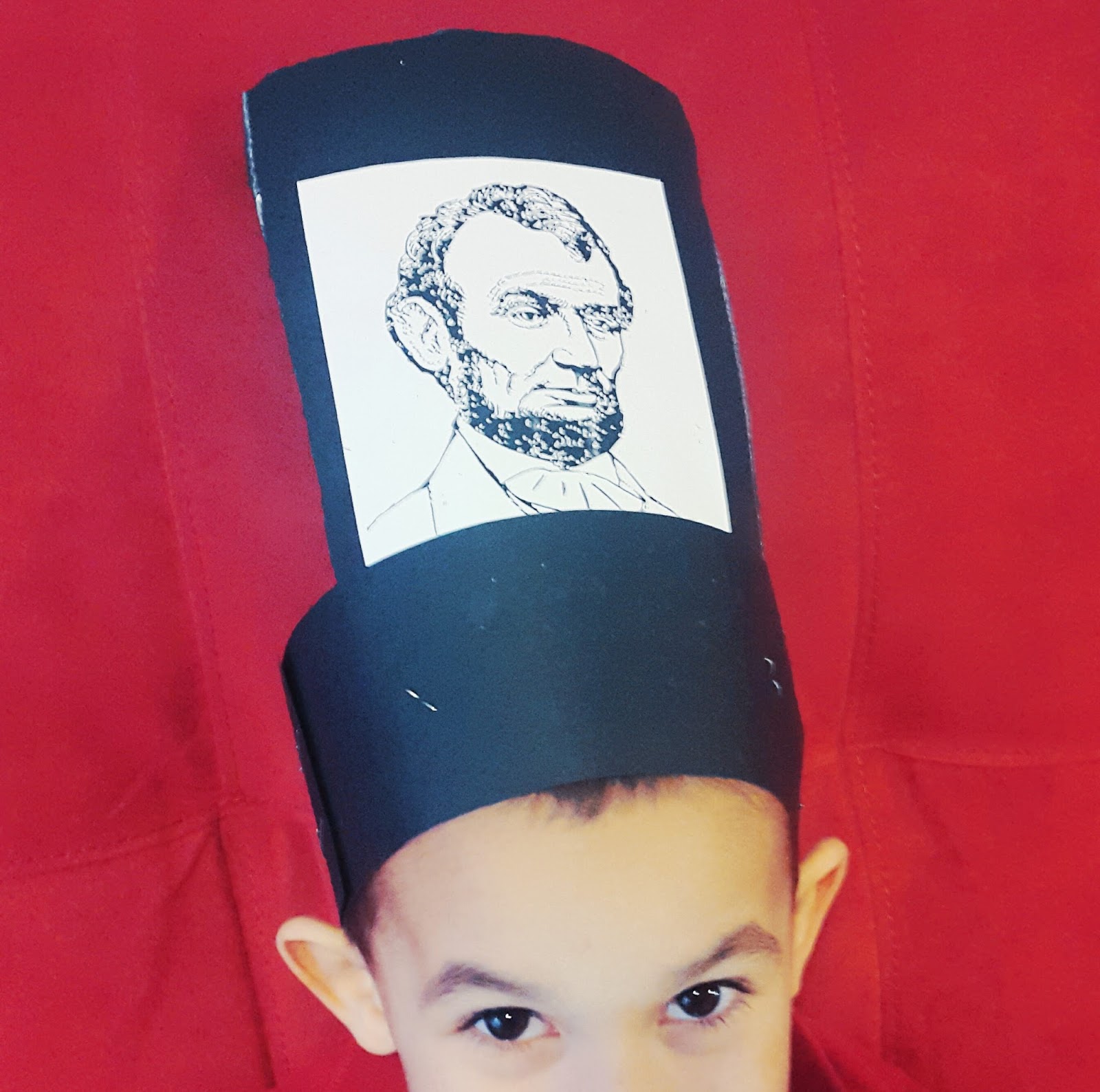 In other news, that conversation reminded me that near the end of summer, I had written what you are about to read, and then never published it! (You would be terrified to see how many half written blog posts are in my folder. Like seriously, it scares me).
So without further ado since it’s already been so long…. I bring you a much overdue, “Another Episode Of Conversations I Did Not Think I Would Be Having This Week.”
Monday:
On Monday nights my daughter has dance class at the YMCA, and while she dances, The Boy Child goes into the daycare center, and I workout. A few weeks ago I had a nonprofit event that I needed to attend at the same time as her class, and for the first time, The Guy was going to jump into “mom” mode on extracurricular night.
Fast forward to a week later, and my brand new gym lock — which had previously still been in the packaging — was now open and had the keys locked to the lock. Wondering how they even got that way in the first place, I sent The Guy a message.
I am blue, he is yellow. 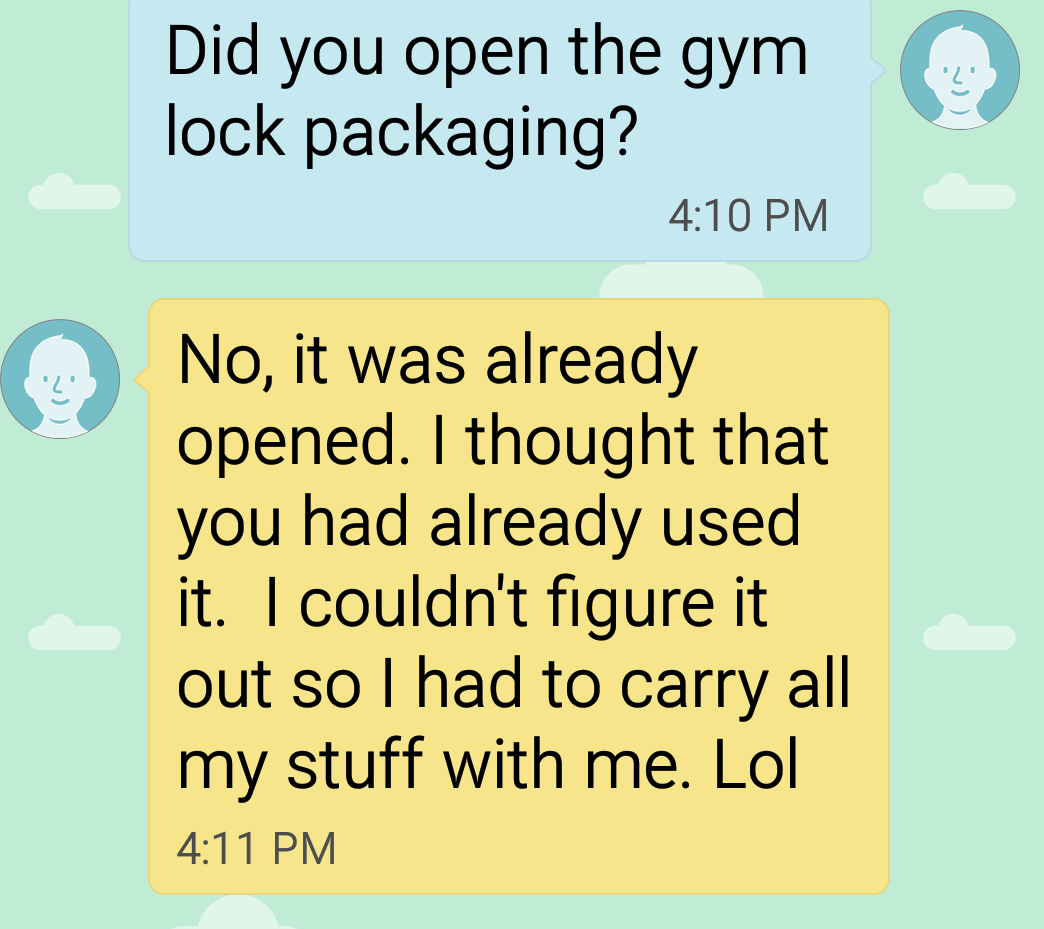 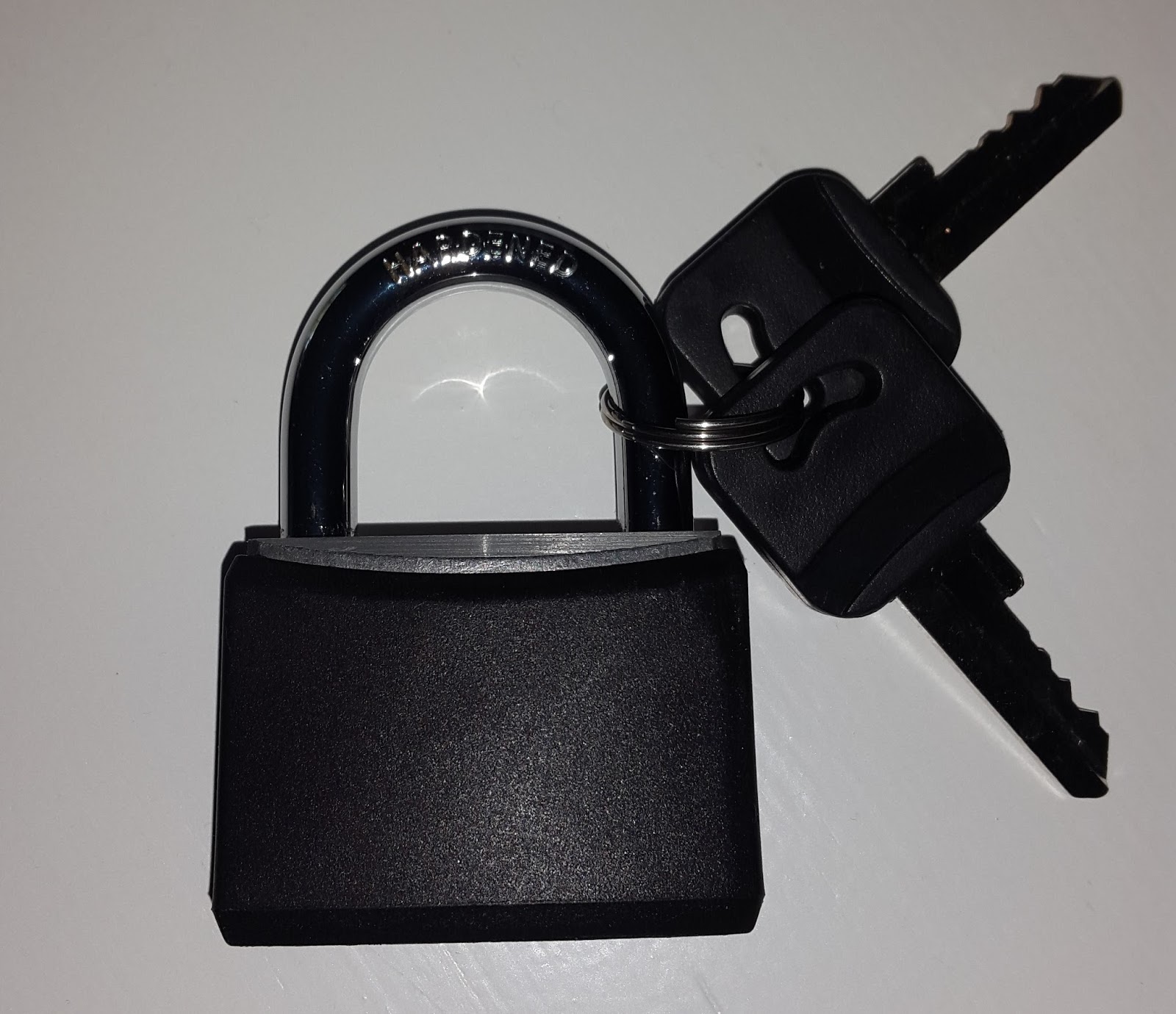 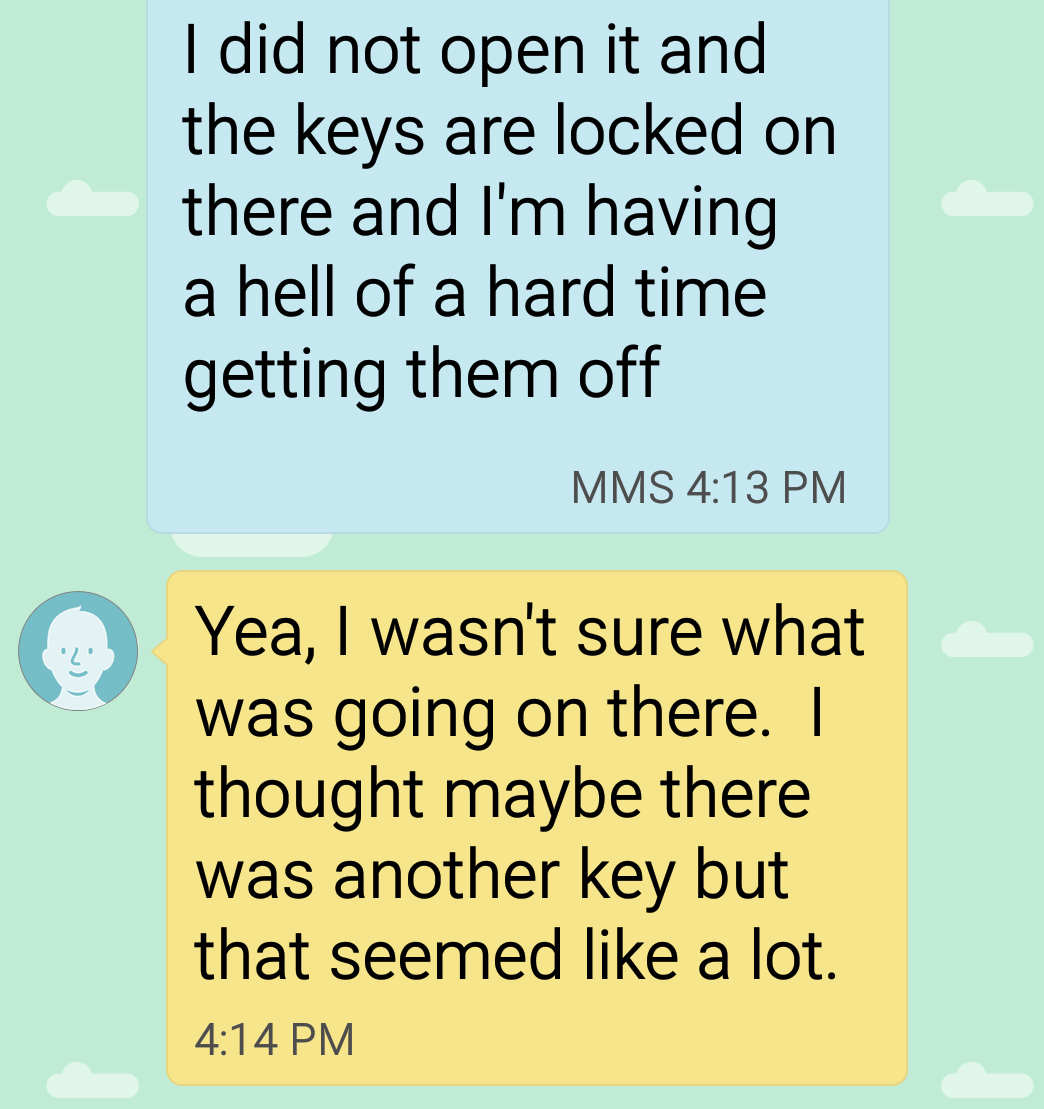 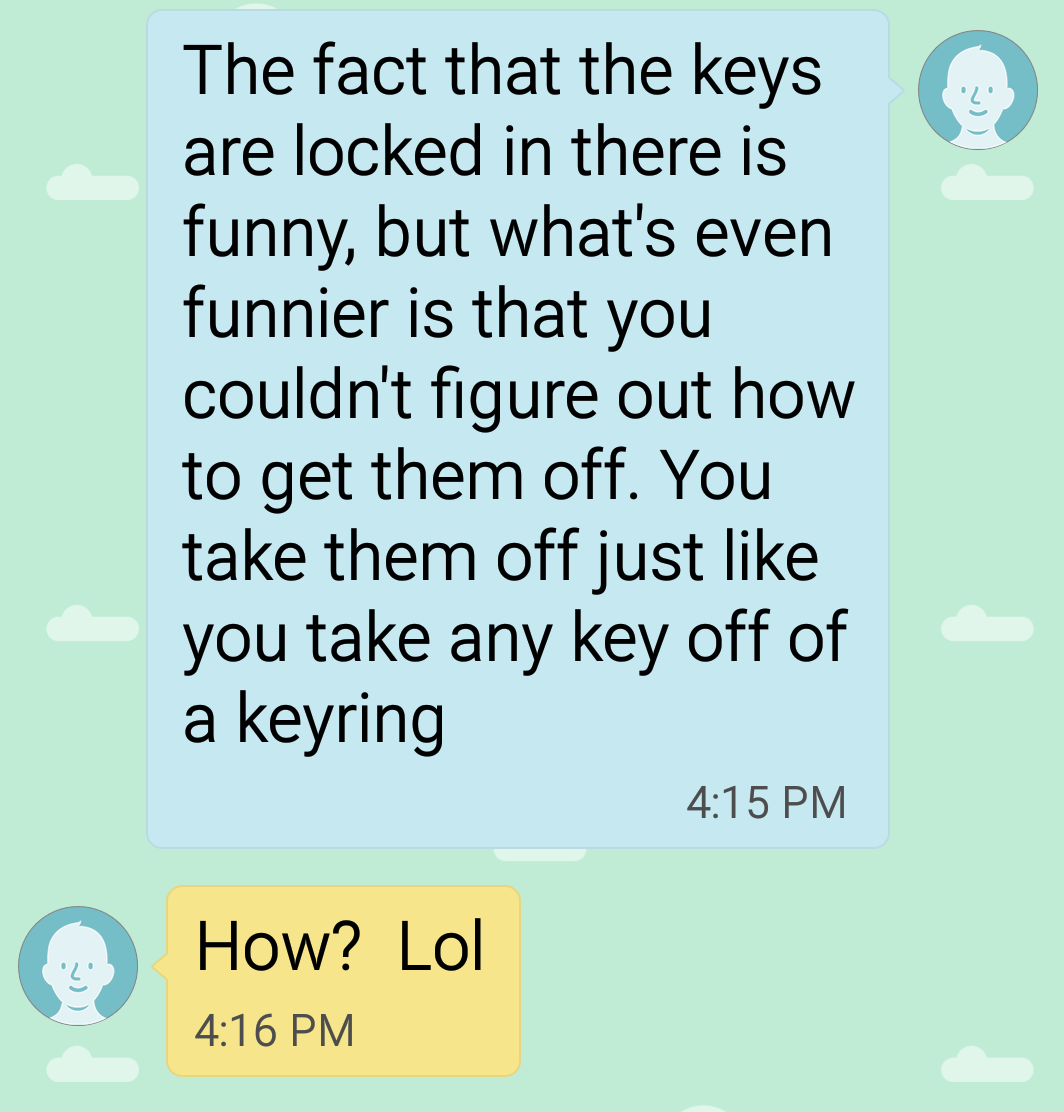 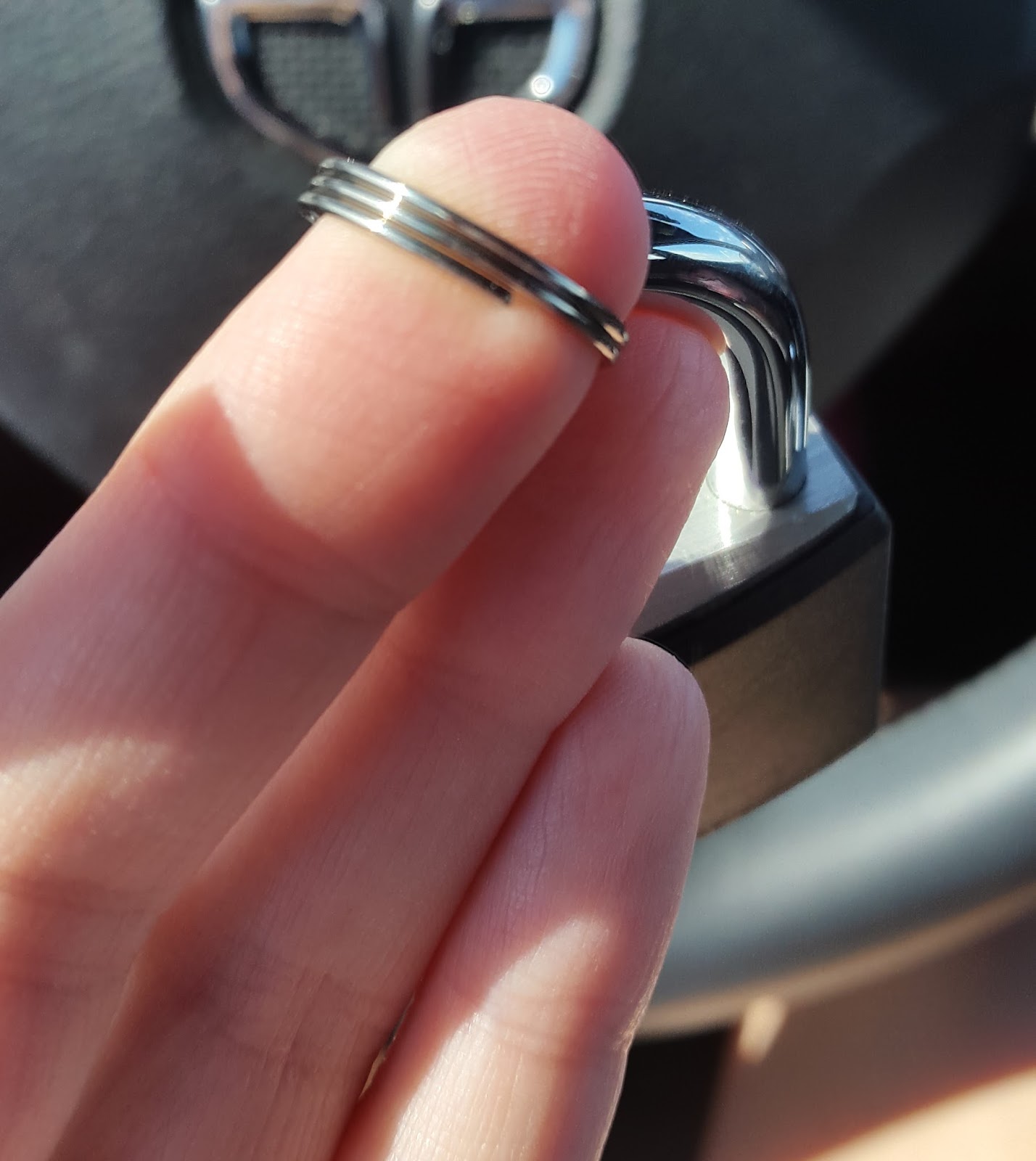 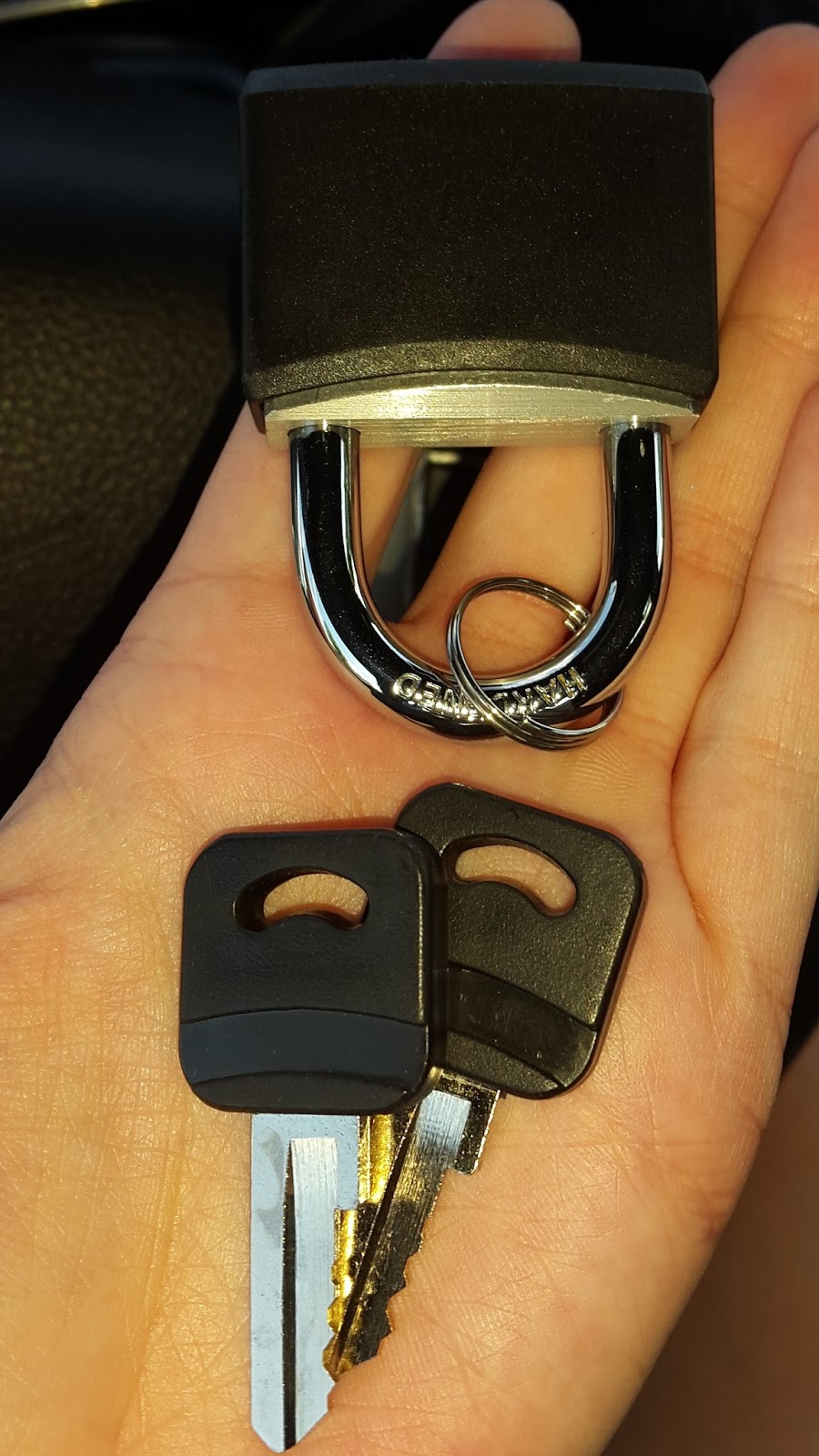 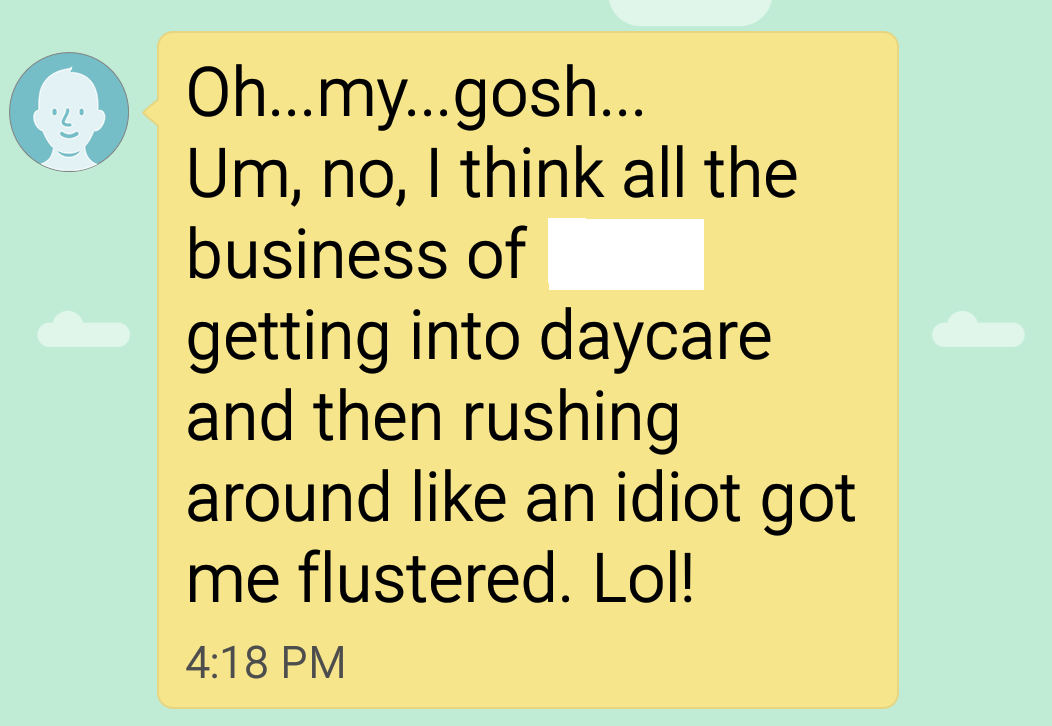 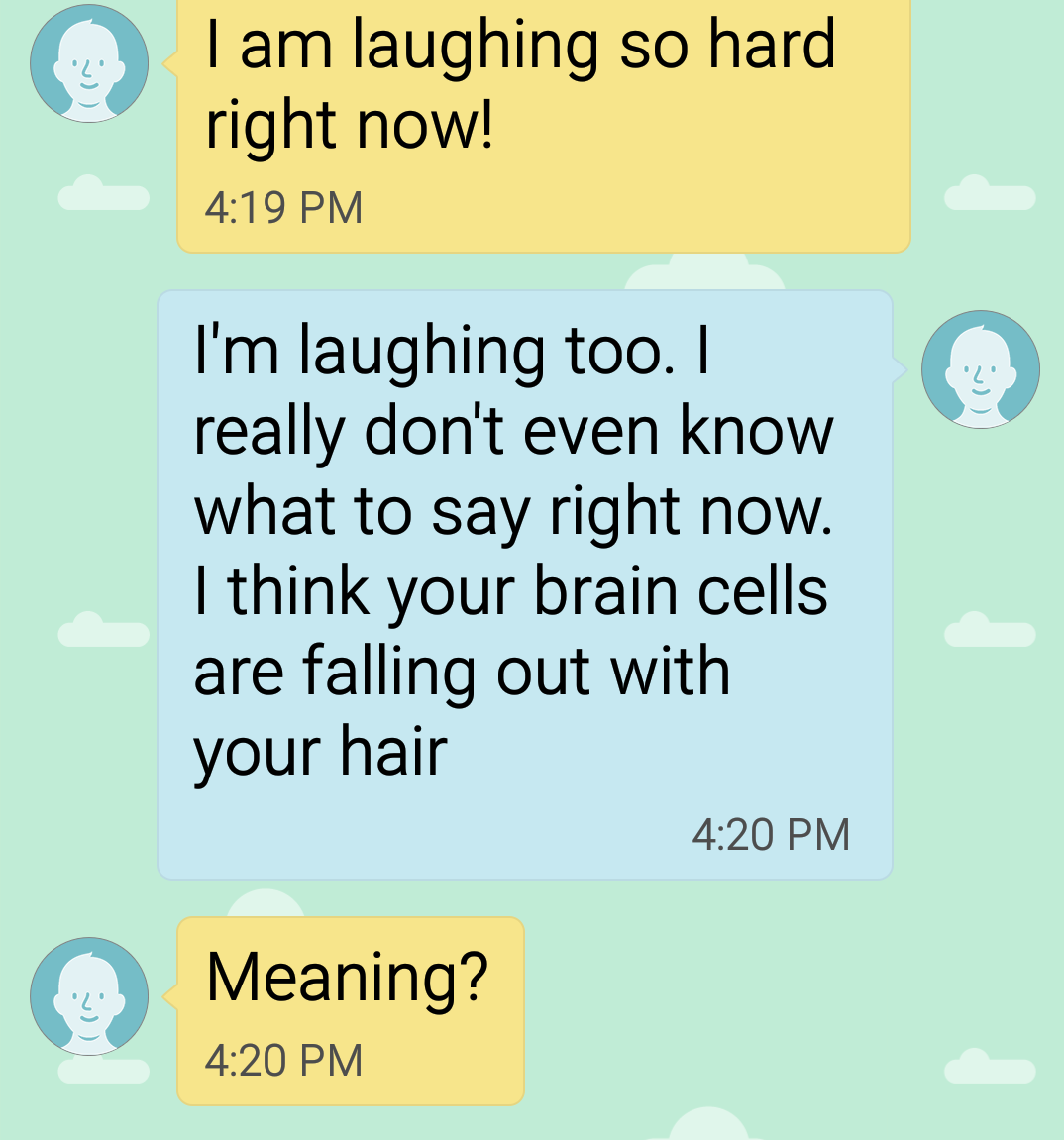 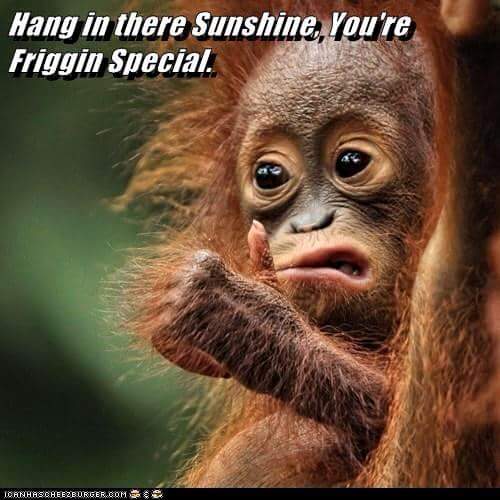 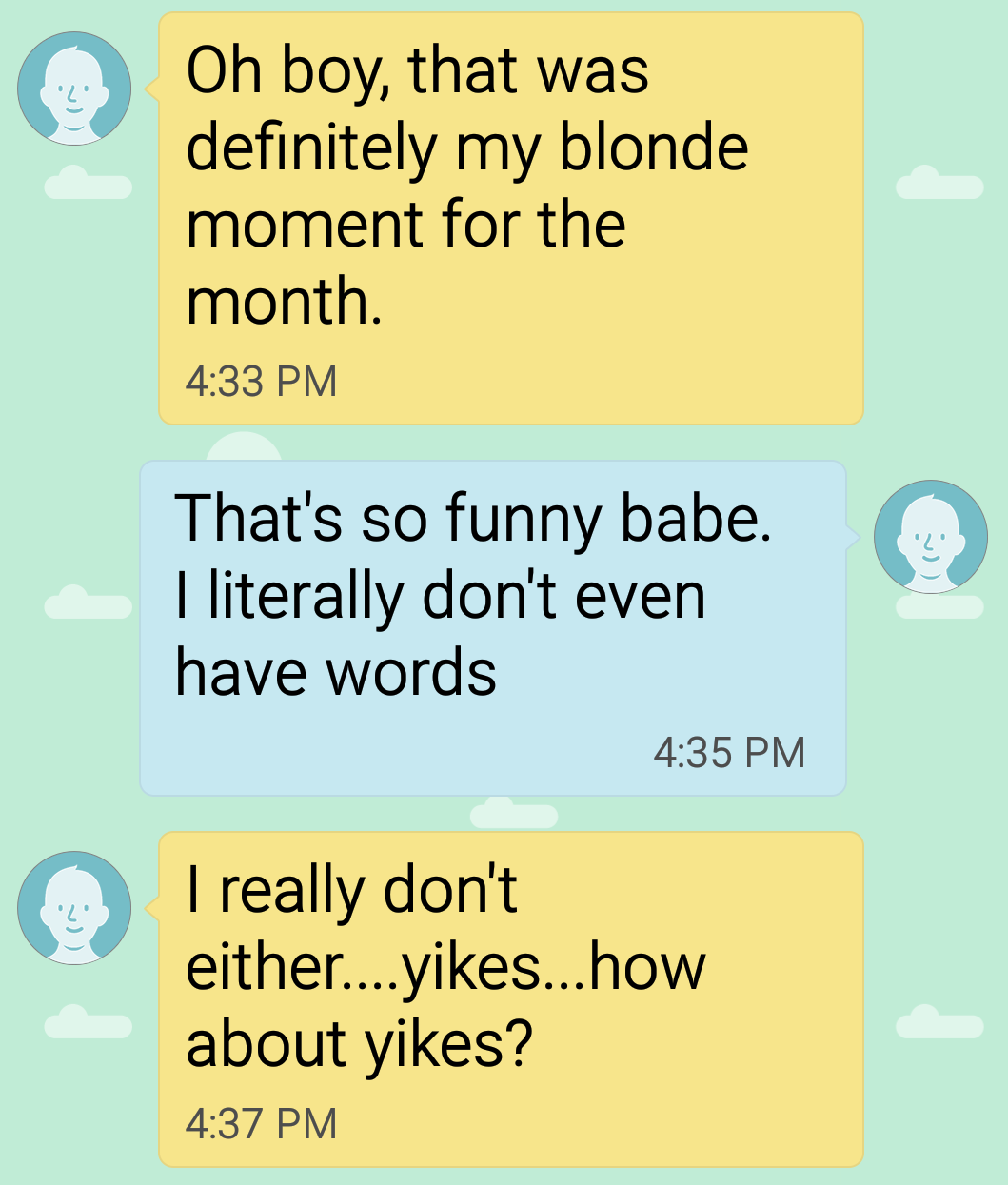 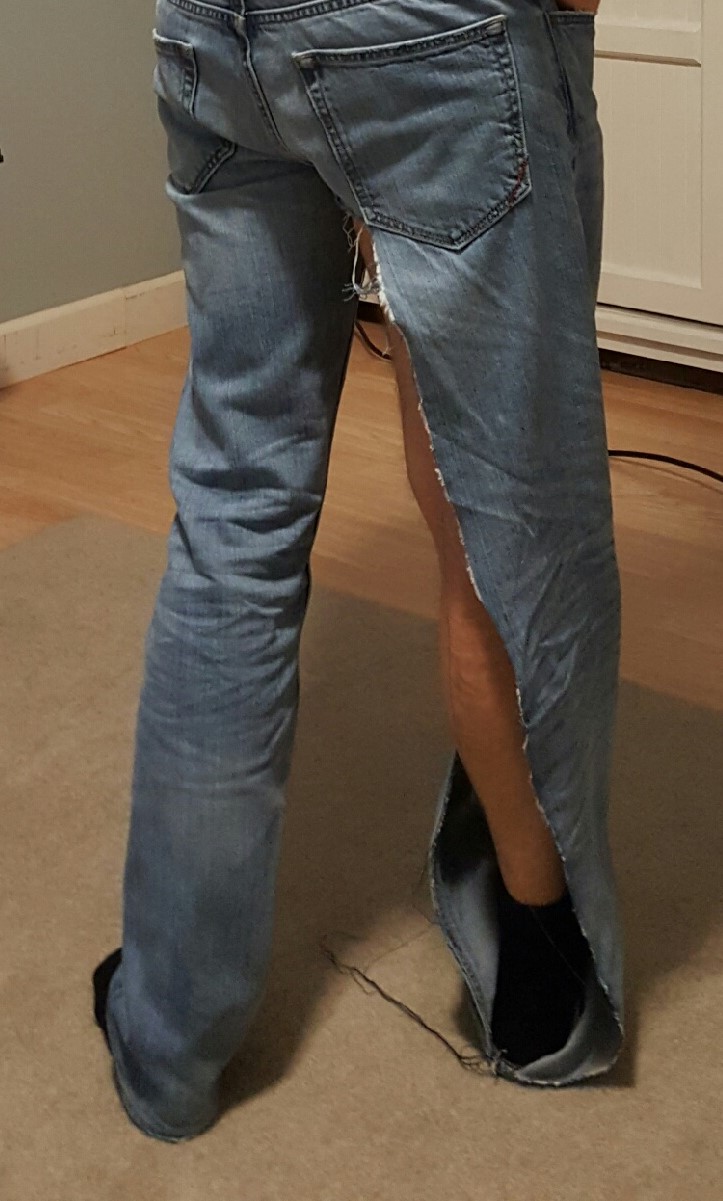 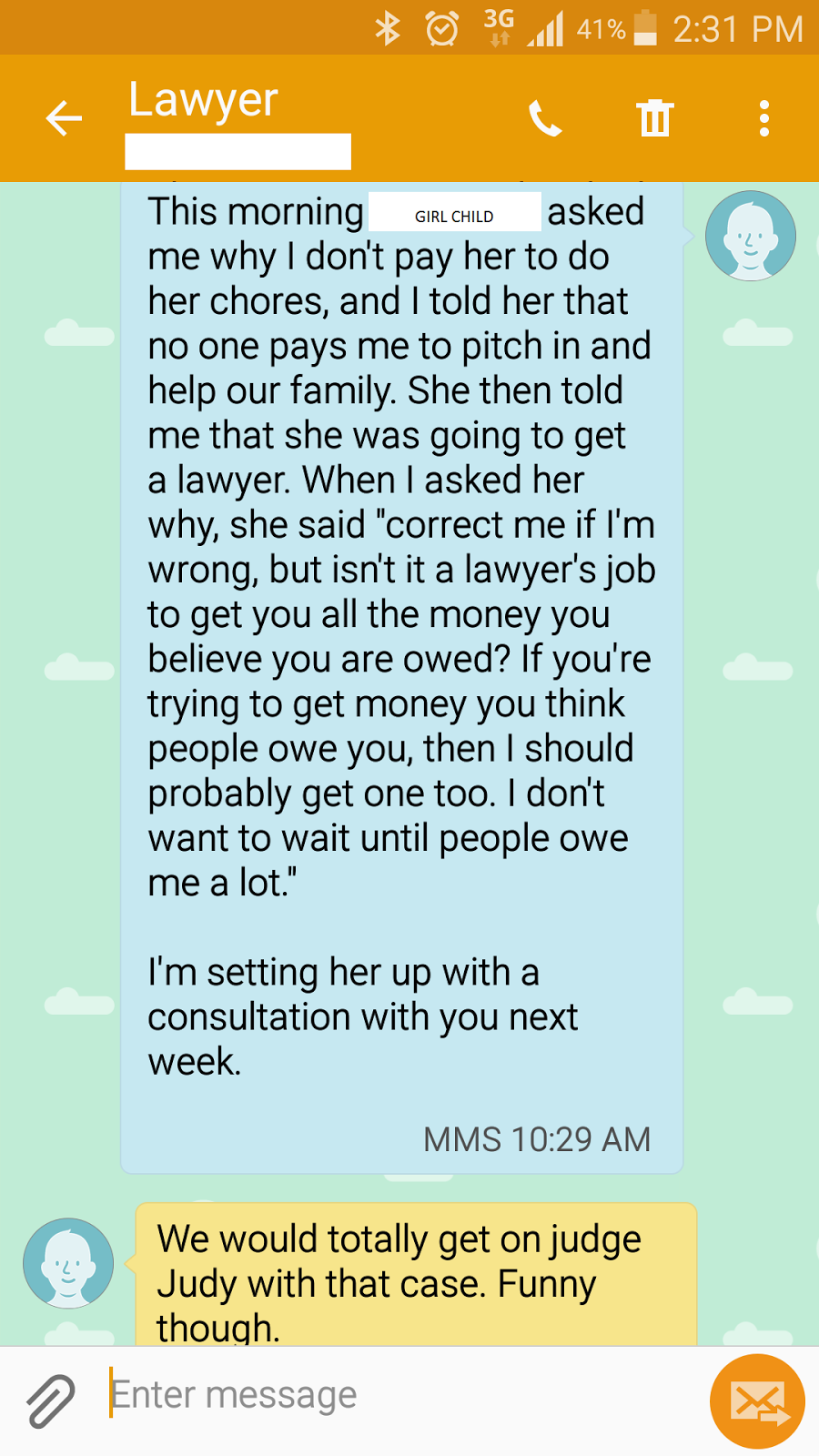 The Guy and I are lying on the couch, doing what any normal adult couple does to entertain themselves after the children go to bed, and they have all the privacy in the world.

And by that, I mean we were reciting riddles.

I have absolutely no idea why, but somehow we got into a friendly competition of “I Can Repeat This 5x’s Fast Without Tripping Over My Words, And I Can Do It Better Than You.”

So anyway, after “Sally Sold Seashells by the Seashore,” I jumped into “Peter Piper Picked A Peck Of Pickled Peppers,” and to my SHOCK, The Guy had NEVER heard of that one before.

I mean seriously, did he grow up under a rock or something?

For all my readers who do not live in America, the Peter Piper riddle is basically a guaranteed learning experience in our childhood, but somehow my guy missed it.

I went first, yelling it out several times fast with resounding excitement and expert perfection.

I mean really, it was impressive if I do say so myself.

“Ok, my turn!” exclaimed The Guy as he recited it a few times in his head before attempting to top the awesomeness of my enunciation.

He took a deep breath and then said in confident gusto, “Where the puck are the pickled peckers?”

Way to make it all dirty and ruin my childhood Guy.

What the peck dude? 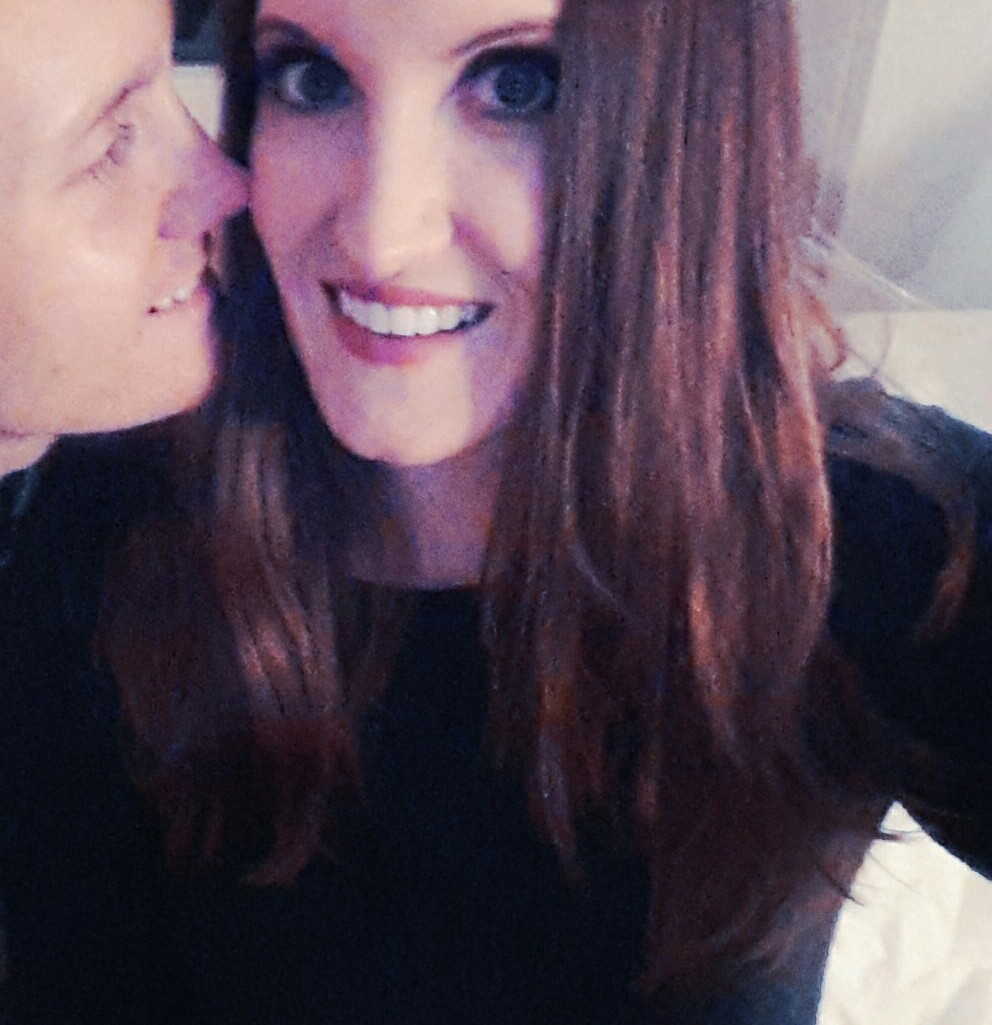 
My Platonic Hubby and I are sitting by the pool, and we begin to text each other.

Yes, text, while she is sitting right right next to me.

First, I sent her a picture of what she looked like, and then she responded. 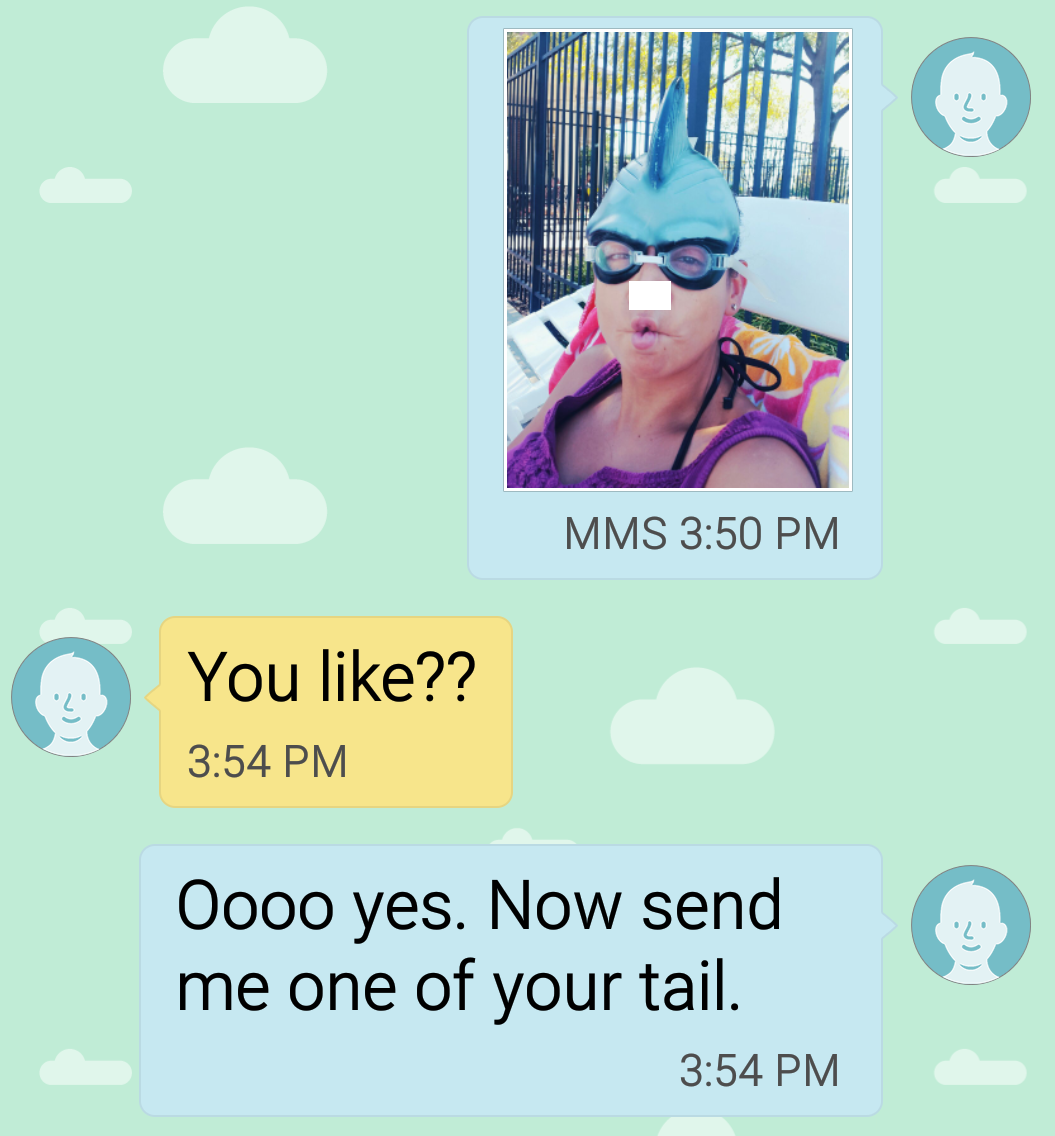 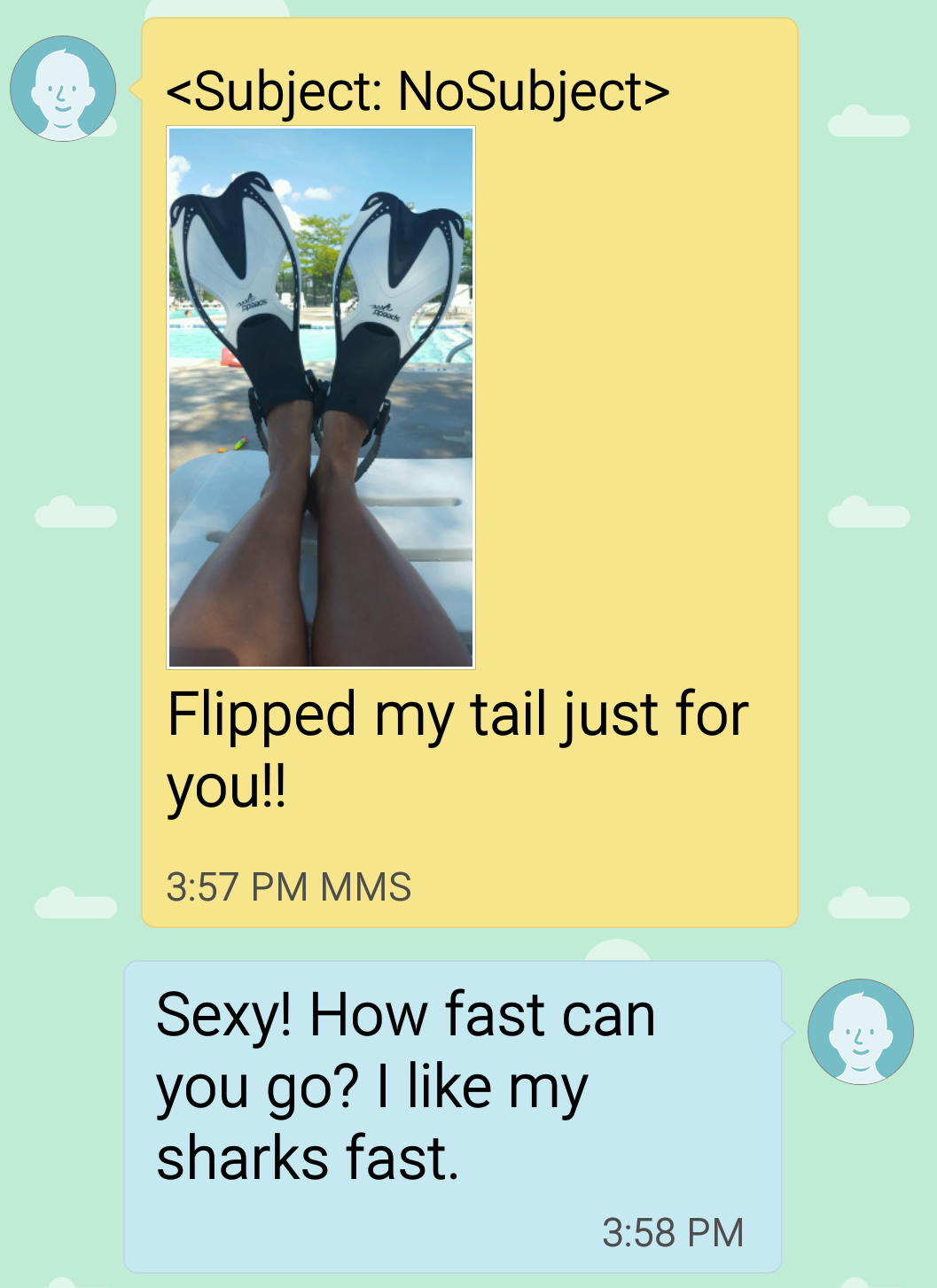 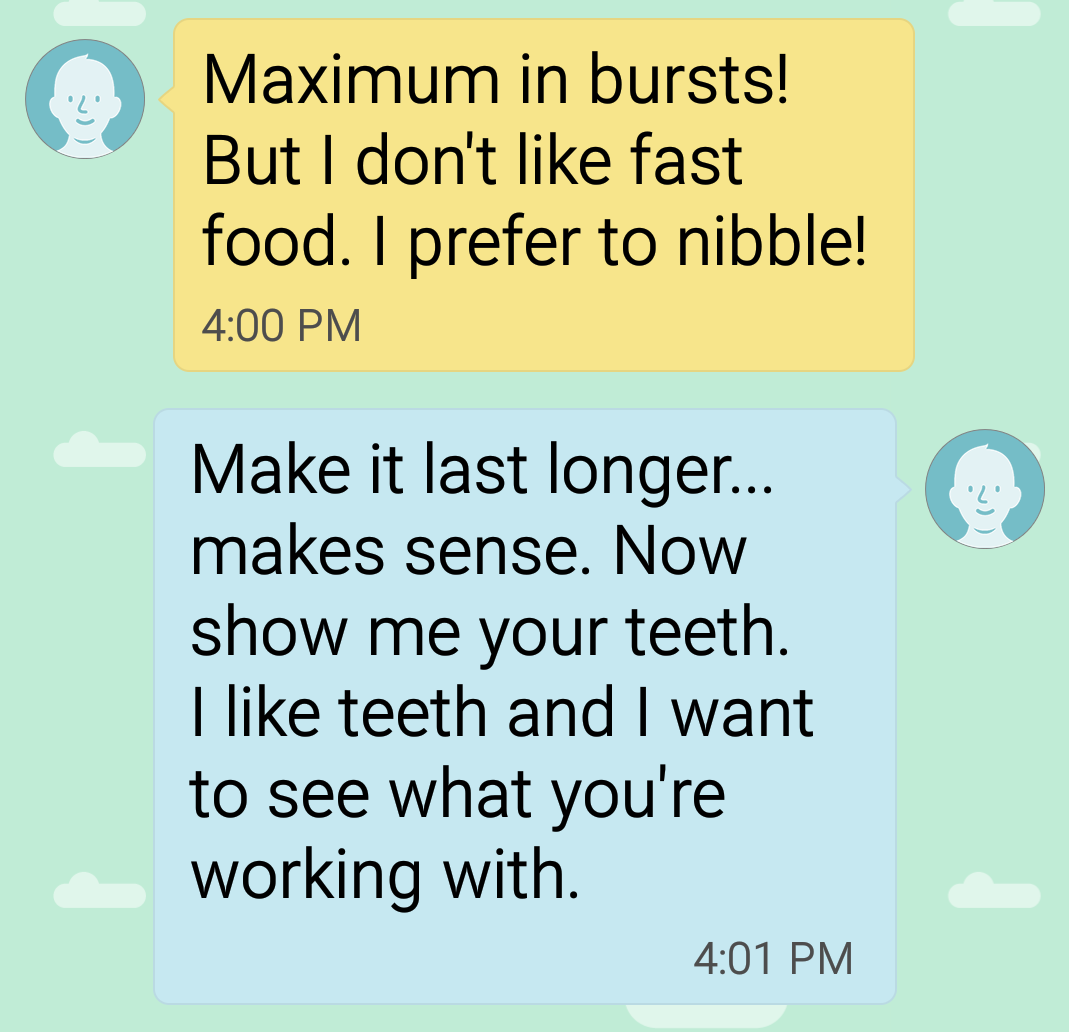 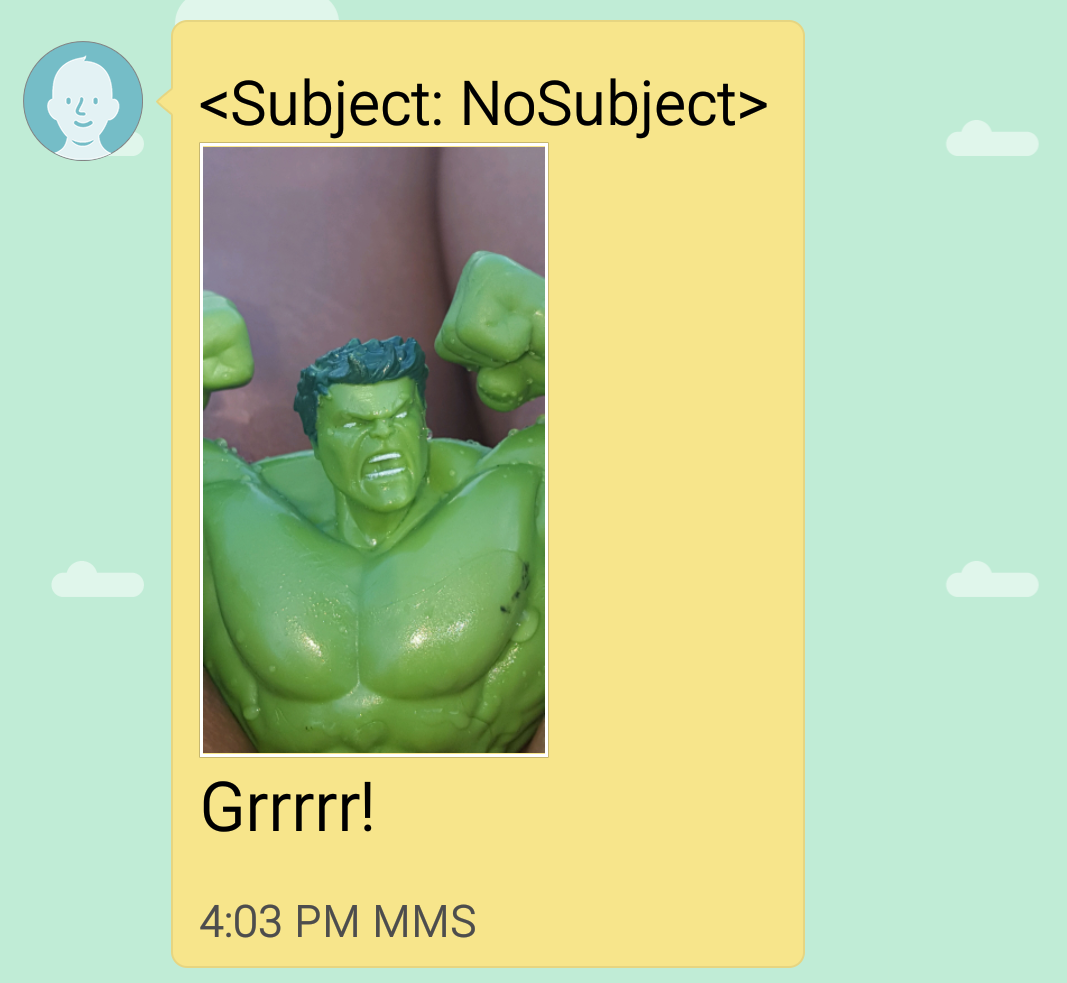 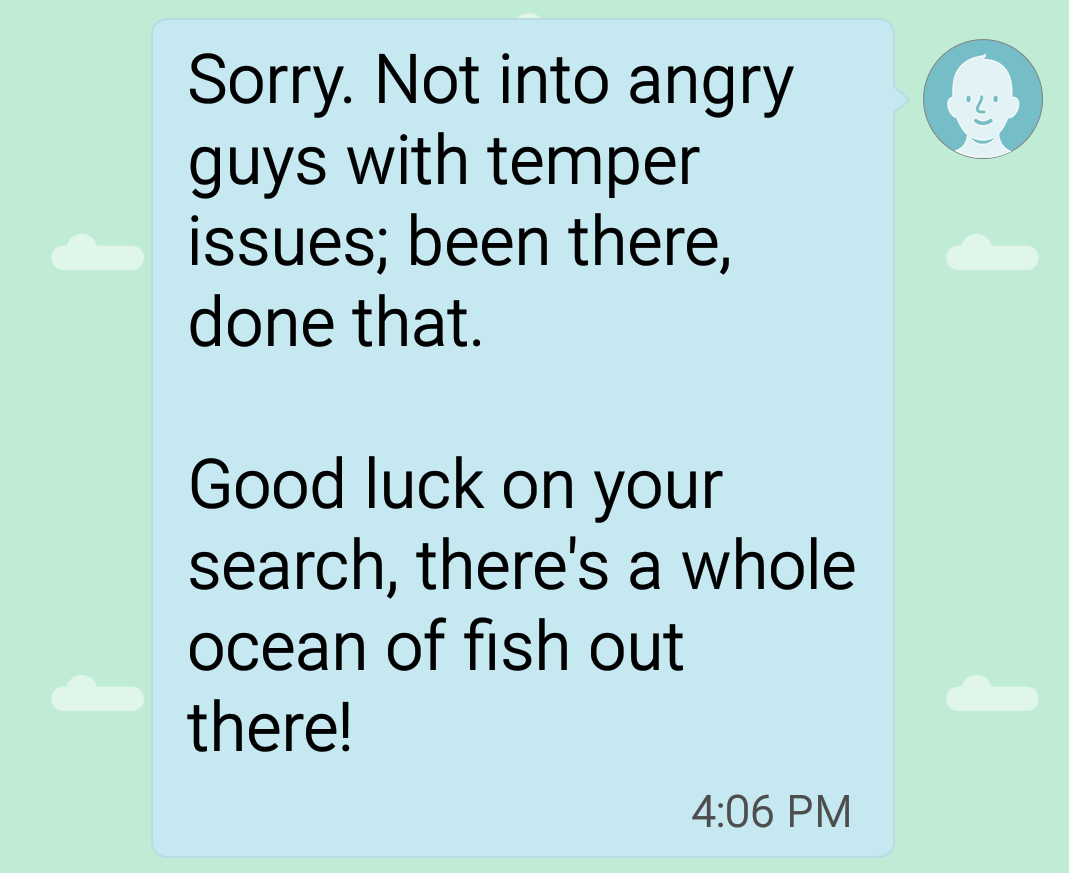 I had to travel somewhere, and while sitting on the plane nervously (with both kids), The Guy leaned across the aisle and said to The Girl Child, “tell your mother that she will be just fine.”

In turn, my daughter turned to me, looked deep into my eyes, and said “are you prepared to die today?”

WTF KID!? You are eight and quite possibly a psychopath. 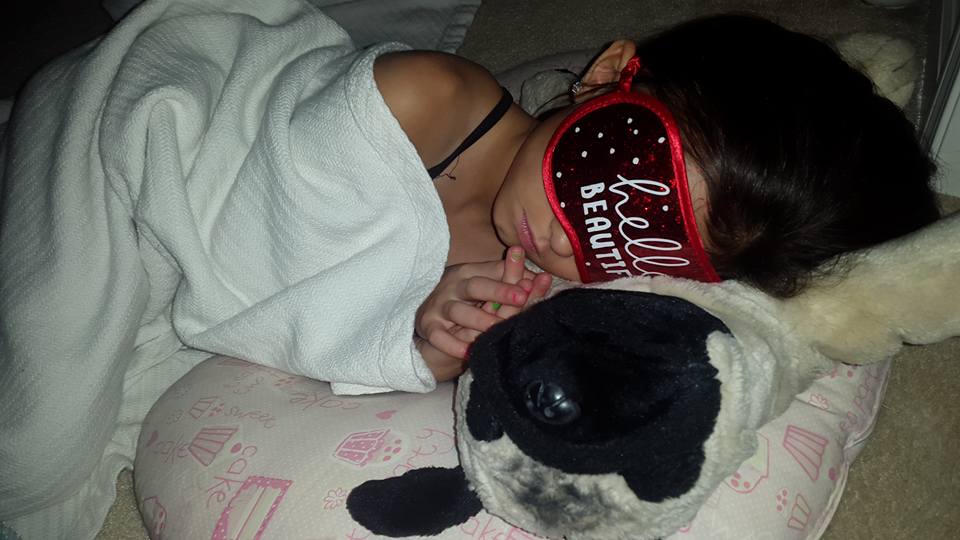 The Guy and I are sitting outside watching the kids eat a picnic dinner about six feet away from us, and I comment on how tan the kids have gotten over the summer. Being Native American, they tend to turn several shades of brown under the sun, until they settle into a nice deep rich tone.

Me to The Guy: “Wow, they really did get dark. They definitely don’t look like my kids anymore. Oh and this is funny, but the other day I overheard The Girl Child asking The Boy Child if he thought they were turning black.”

The Guy: “That’s is pretty funny, and she actually isn’t even as dark as he is. He is really dark. He definitely looks like he could have some black in him. At the very least he looks Hispanic.”

Me: “Oh for sure. It was funny because on St. Patrick’s Day he told all his teachers that he was Irish, and no one believed him. It’s like I don’t even exist!” (Laughing)

Not ten seconds later does The Boy Child burst into tears, and we hear him say “stop saying that! I don’t look like that!”

The Guy and I lock eyes. “Oh no” I think to myself. “Did he overhear our racial discussion and did it bring up some fear about the color of his skin, a fear that I didn’t even know he had?”

The Guy gets up and goes over to him, assuring him that he looks just fine, and that lots of people have different skin tones, and through tearful sobs he says “just make her stop saying that. Tell her not to say that anymore!”

Then The Boy Child turns, points to his sister, and says “I do not look like a chicken finger!”

Oh good. Apparently he doesn’t care what color his skin is, he just doesn’t want to look like breaded poultry.

I can’t say that I blame him.

After looking at me so intensely that he was squinting his eyes, The Boy Child informed me that he has a better face than me. 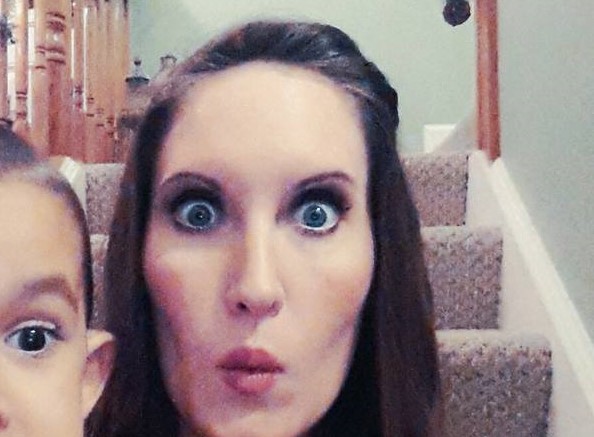 Thanks kid, love you too.

And for the record, I happen to like my face. 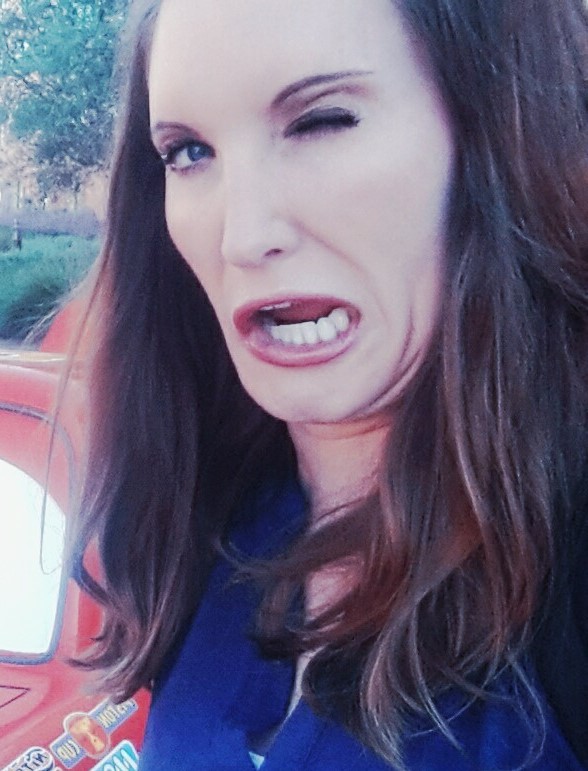 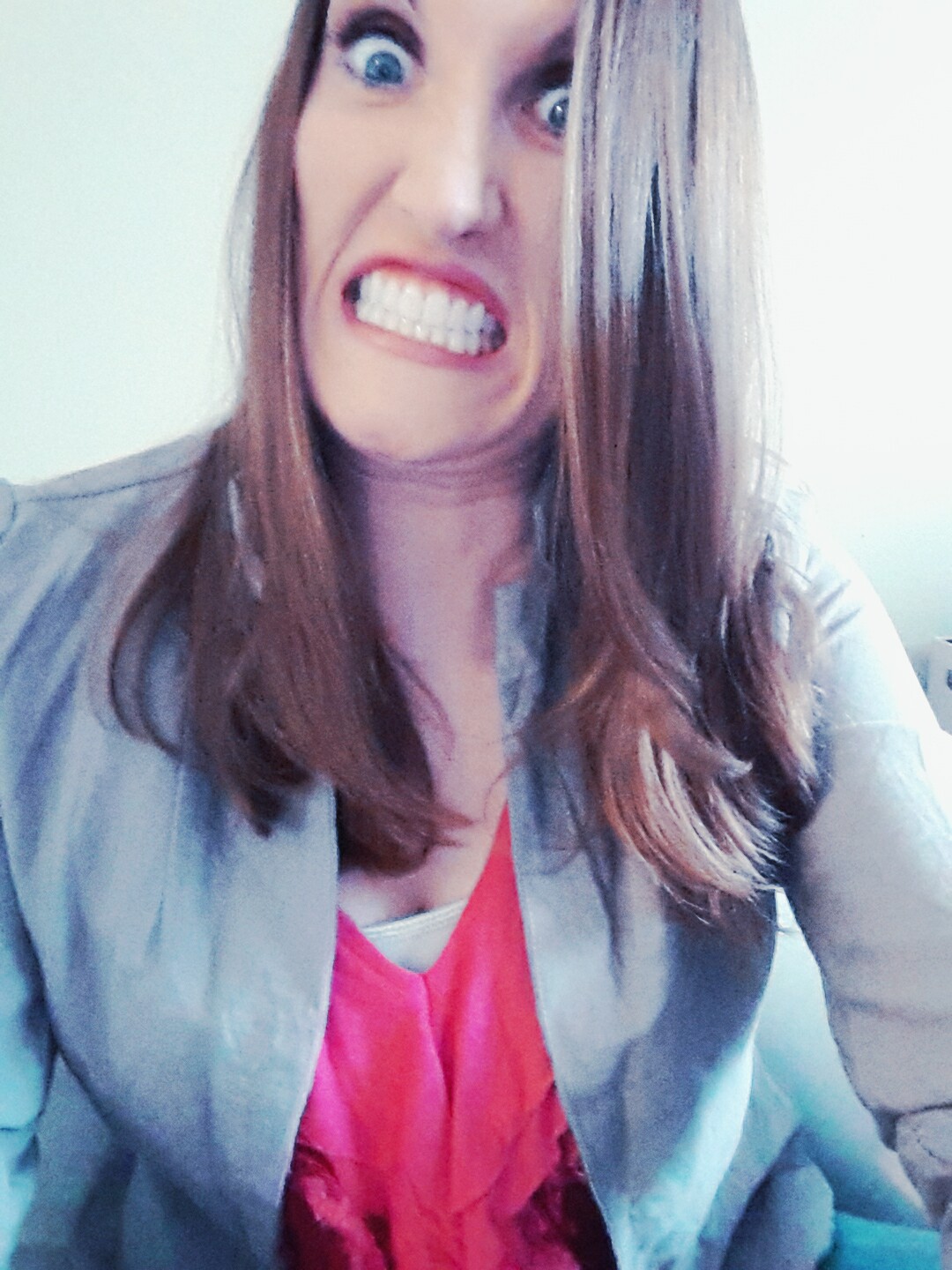 The Things You Learn While Sitting In A Cave