It Was Always Meant To Be

On Friday, The Boy Child was hooked up for an extended video EEG, which basically means that a bunch of electrodes were glued to his head, several EKG electrodes were placed on his back, and then an EEG machine was wrapped on top of his head, therefore making him look like a smurf. The box was then attached to a larger box that he had to wear around his waist, and then all of that was connected to an extremely heavy video monitor that would record everything he was doing, at all times.

He screamed hysterically the entire time the electrodes were being applied; more out of fear and frustration then any actual pain, and I can’t say that I blame him. 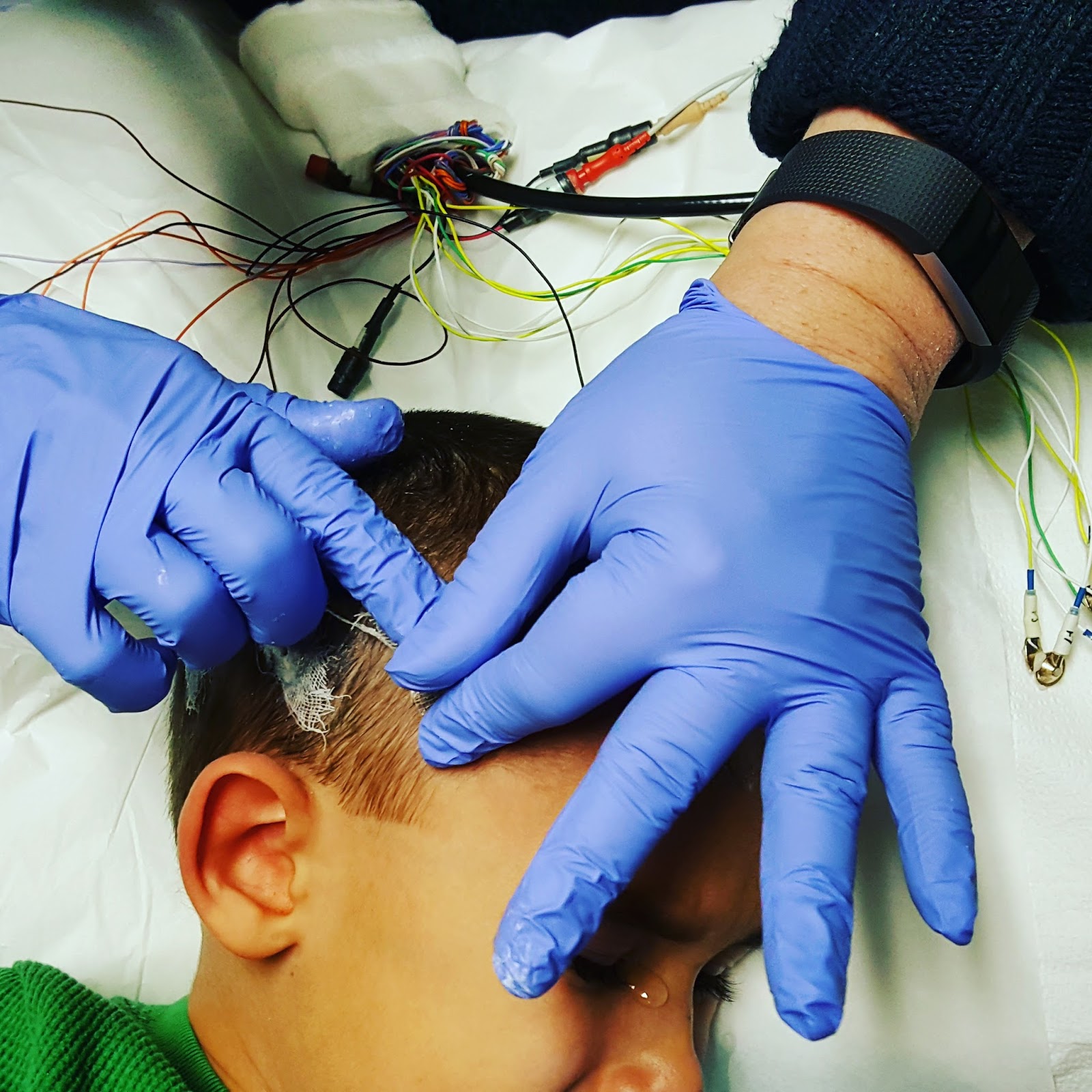 This has been a rough ride.
He cried, he wailed, and through it all, he called for his daddy to hold his hand; daddy, being The Guy who stepped up to fill the role The Boy Child’s biological father walked away from. 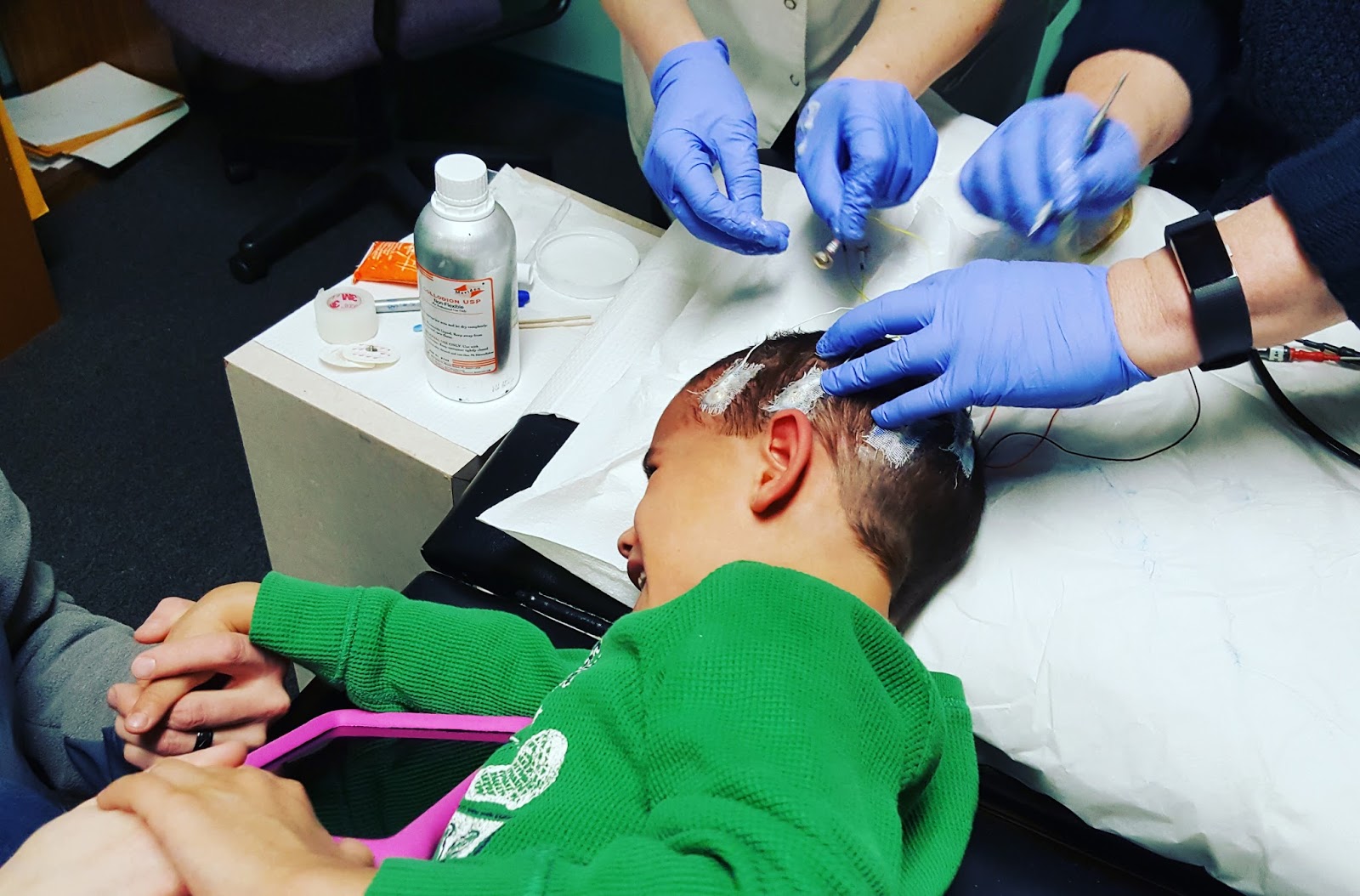 Kneeling down next to The Boy Child and holding hands, I caught myself standing back in that moment, and watching the two of them; The Boy Child in desperate need of comfort, and The Guy trying so desperately to give it to him. And right then and there in the chaos of it all, I felt a sense of peace in my heart, because I knew that despite what had gone on with The Boy Child’s biological father, there were no two hands in the world, that were supposed to be holding each other more than those two were destined to be doing right in that moment.
After everything was applied and hooked up, we were sent home with the instructions “someone will need to stay awake with him all night long, because if you notice any seizure activity, we need you to push a button on the box around his waist. But other than that just go about your normal life!”

The monitor was so big, that we had to have his head at the foot of the bed just to accommodate it. His bed, with toddler side rails, since the seizures throw him onto the floor in the middle of the night.
Except that we couldn’t actually go anywhere, because even if we could be a bit more mobile despite the 50lbs of equipment attached to our child, everyone was much too tired to move by the time the next morning had rolled around.

So home we stayed, occupying ourselves with movies and snuggles, and I caught myself several more times looking at the people around me, and feeling a strange sense of peace in the chaos surrounding us. 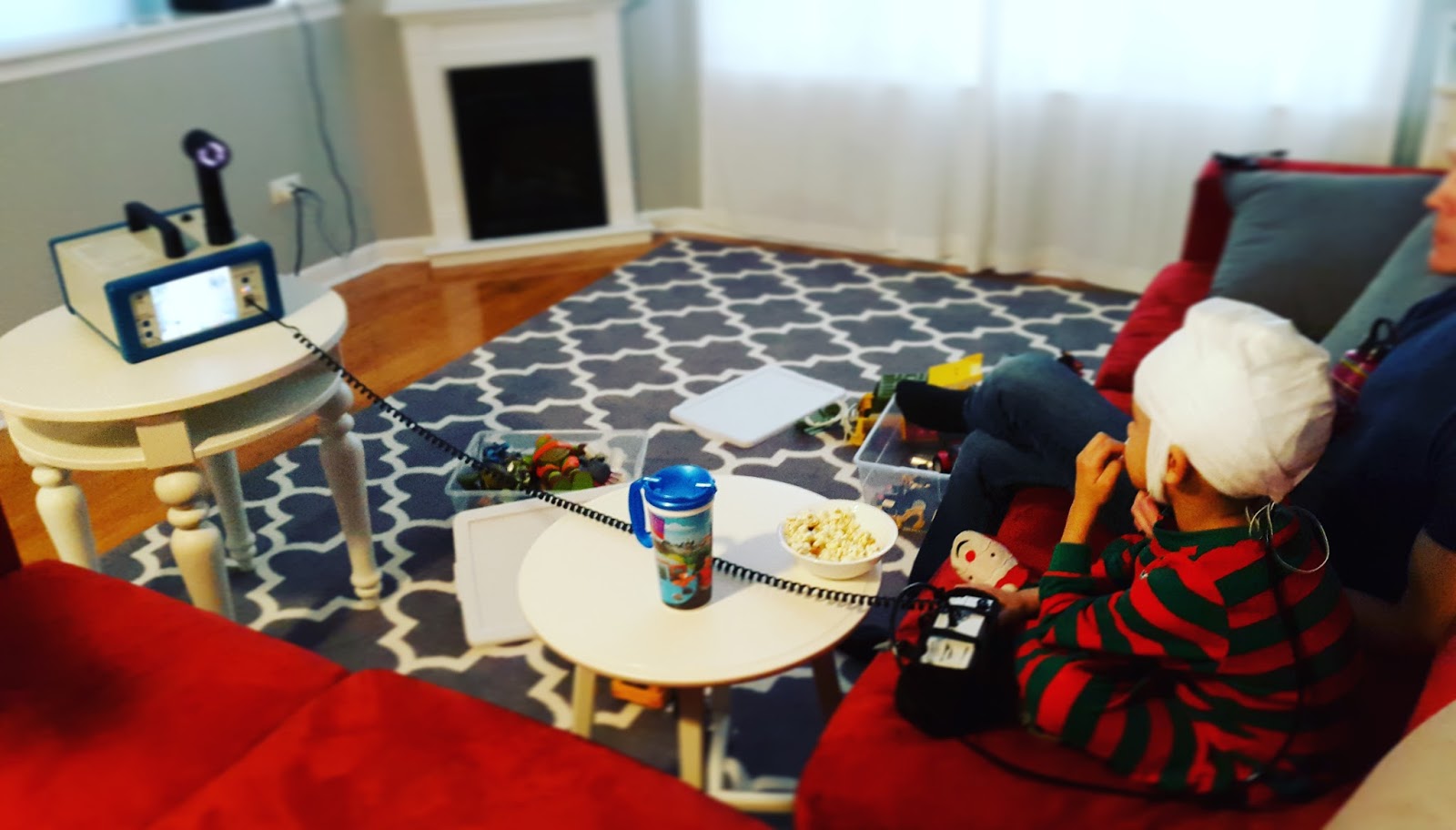 When Sunday morning came, The Guy climbed wearily into our bed after a night of sitting on The Boy Child’s bedroom floor, and my sweet Girl Child made him breakfast in bed. Because you see, it was his 40th birthday.

“Happy Birthday to my best daddy ever!!” The Boy Child squealed when he saw the tray come into the room, and again I had to catch my breath, because unlike the ramblings of a little kid that often proclaims me “the best mommy ever,” I know that The Guy didn’t just gain that title by biological default.
There was someone before him, and that person has since been replaced.
As I look around at my family on The Guy’s 40th birthday, I am struck by how easily he slid into our lives. What should have been a rather dramatic change, has come about so softly. It’s almost as if he was meant to be here, and this spot was always his to fill.
I am lucky, and I am incredibly blessed that I have found this man, and I know that my children’s lives will forever be altered by not only his presence, but also his influence. Yes, we would have been fine without him, but we are better because he is here. 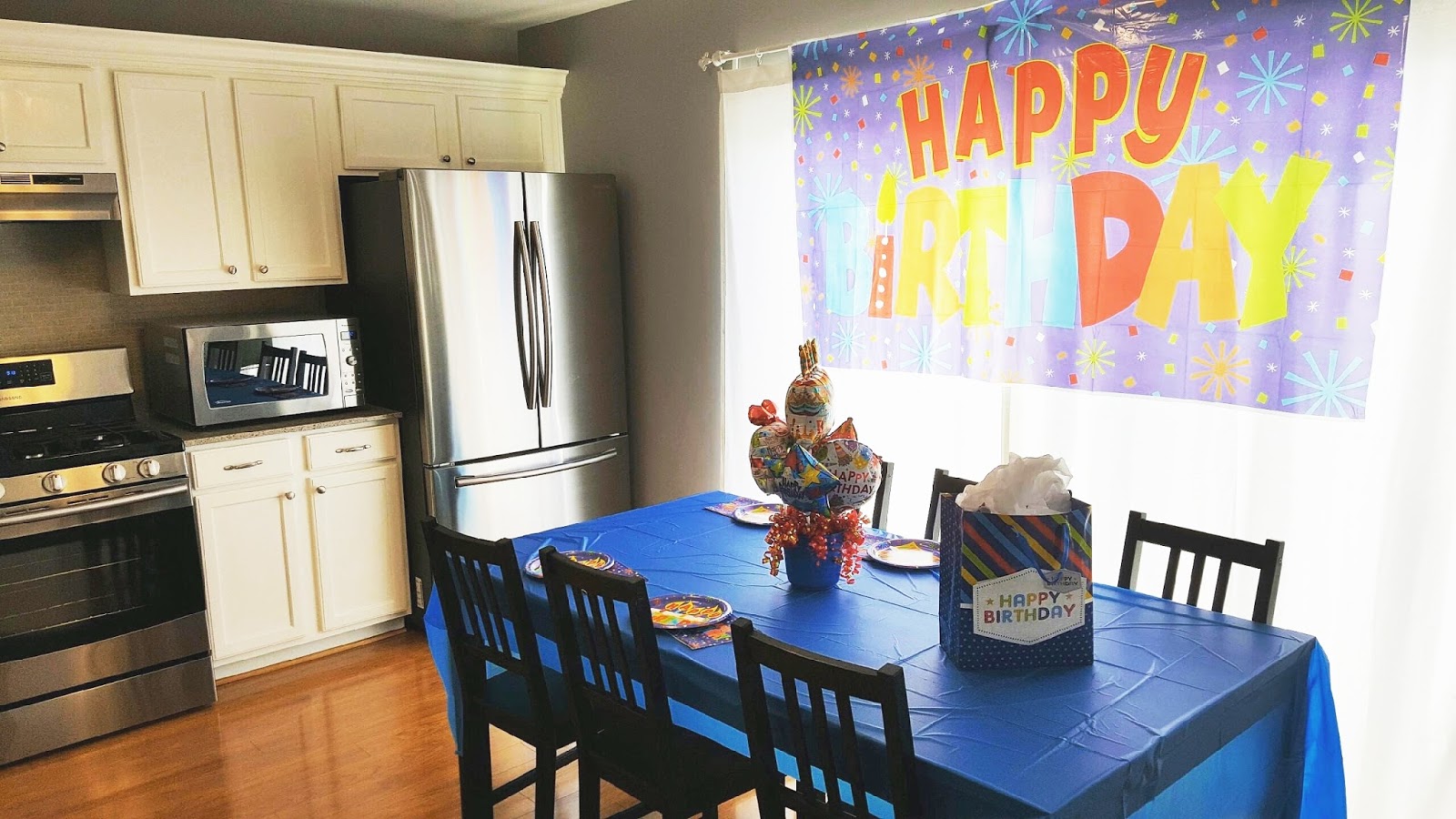 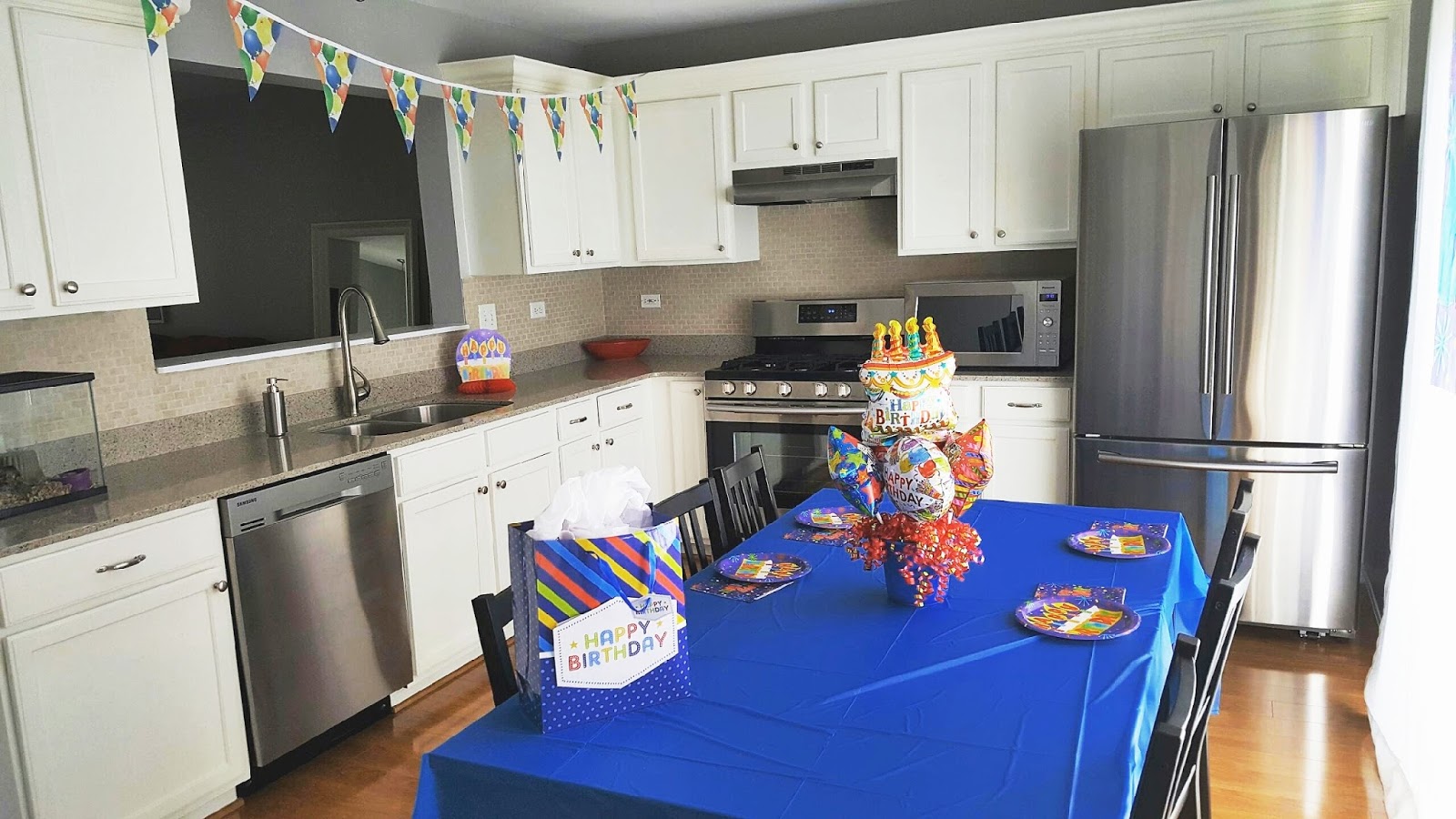 So, my darling husband, I wish the most happiest of birthday’s onto you this year. You will never know how much you have changed our lives, but hopefully, when you hold onto the hands that call out for yours, you will know that you were always meant to be here.
We love our lives with you in it, because of how much we love you.
We love you. 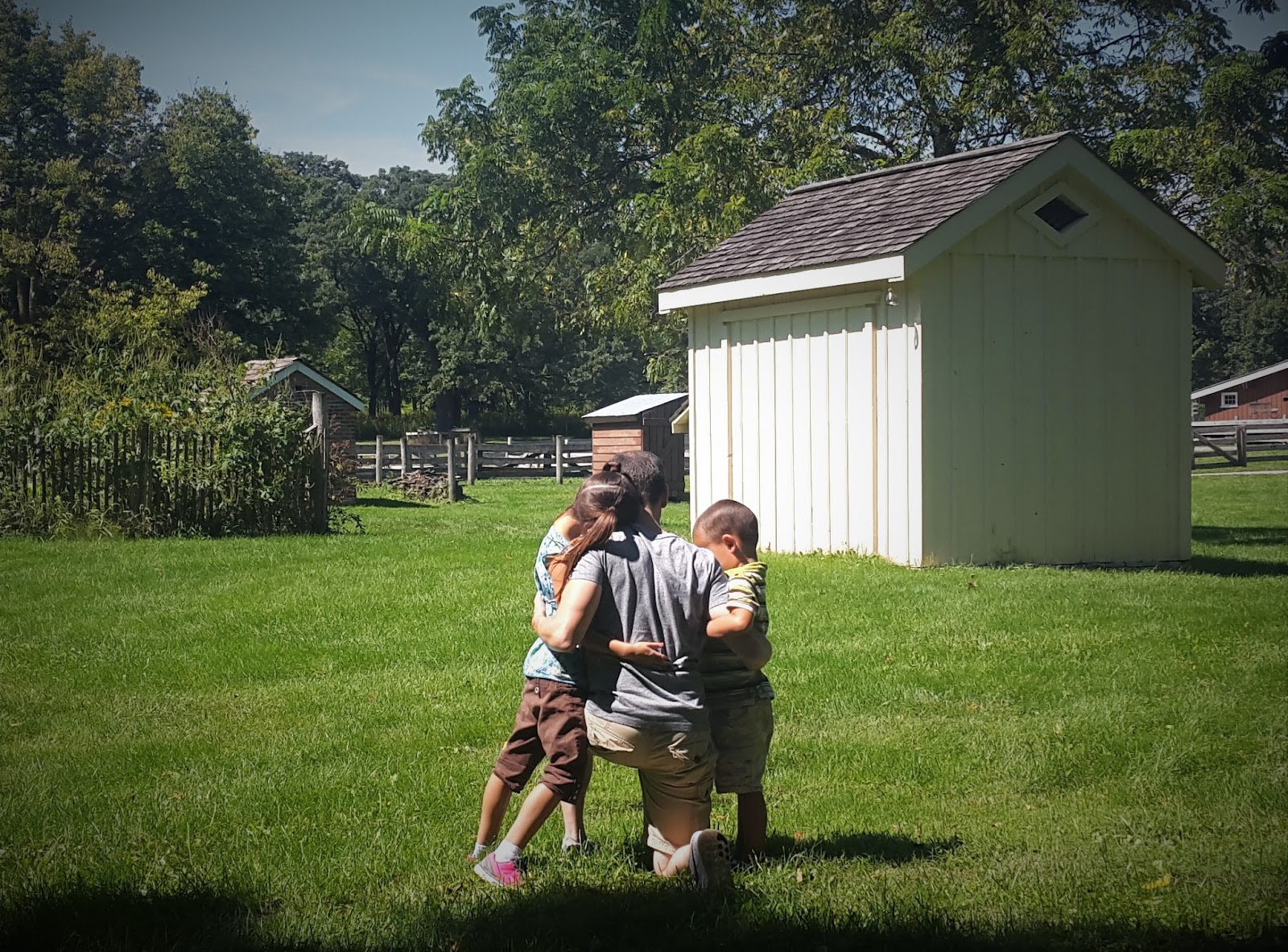 To the moon and back and everything in between, we love you….

… as it was always meant to be.
Tags: Health, Kids, The Guy
Newer Posts