So, after several weeks of living in a hotel after our house flooded, we finally came home on Sunday. Sure we don’t have working appliances, bathroom doors, and a lot of other things that many people would consider a necessity in their house, but at least we are home where we will continue to rebuild.

But, before we left the hotel, this happened: 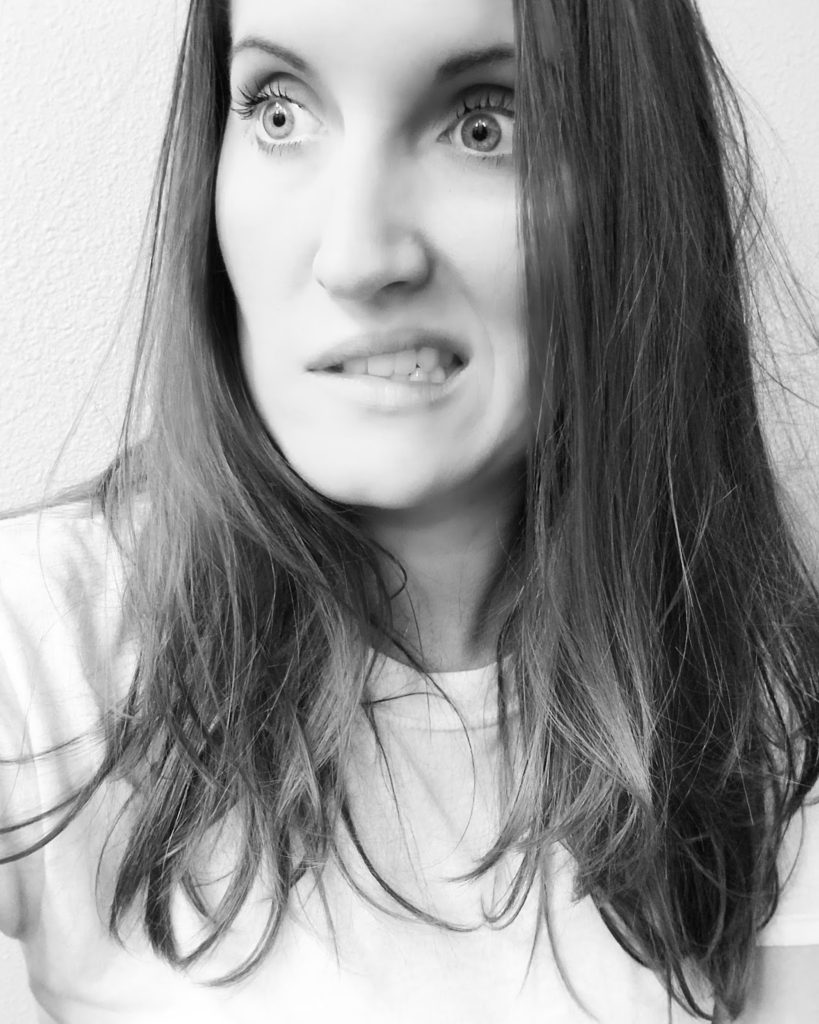 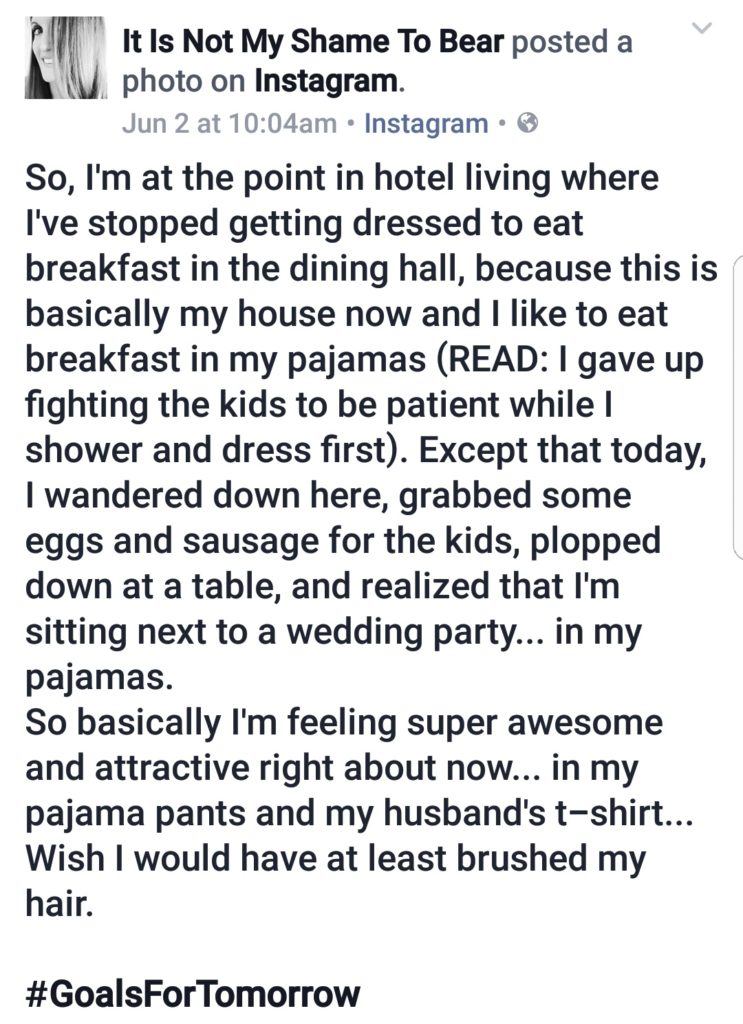 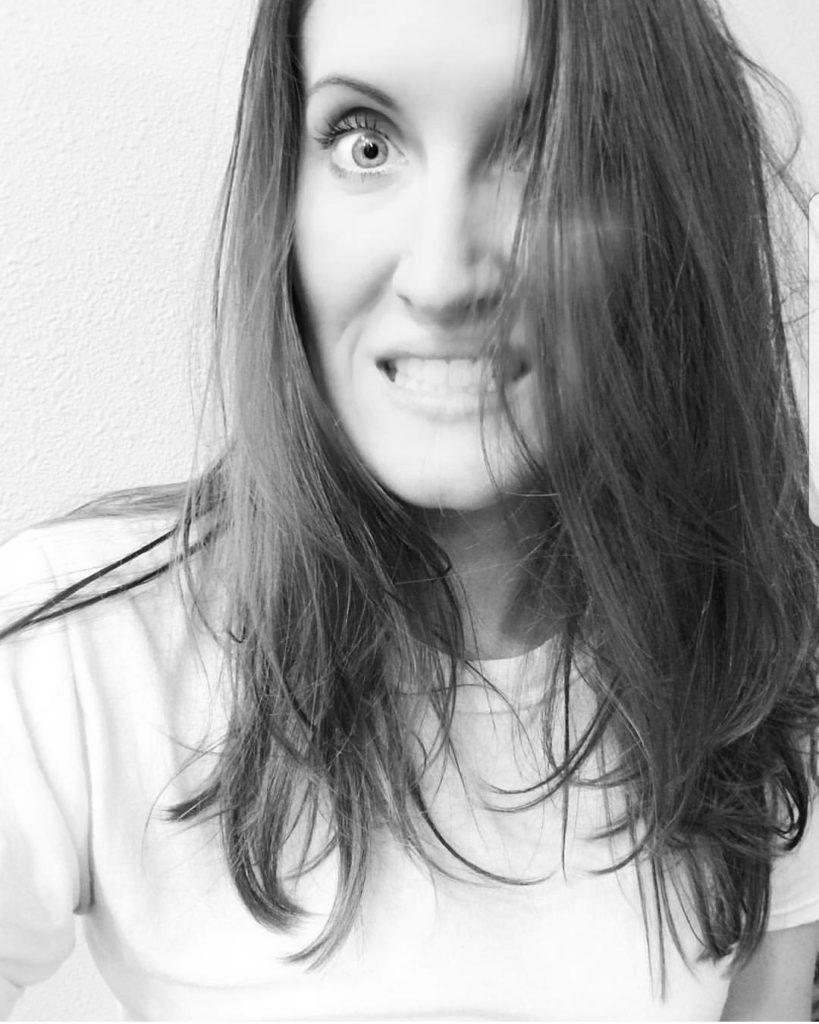 And I laugh, because I am a dork, and then I look at my kids and laugh even harder, because poor kids, they are turning out just like me. And I can prove it, by sharing a week with you that we had right before our house flooded.

After dropping my car off at the mechanic’s shop to get fixed, and moving The Girl Child’s booster seat to a rental car, I prepare to pull out of the parking lot. Turning to where The Girl Child is in the back seat, I ask “you all settled and ready to go?”

Because she is my kid and has a flare for the dramatic, she responded with “seat belt in place! Doors secured! Helmet on! LET’S GET DANGEROUS!”

Choking back laughter I asked her where she had heard that from, to which she replied “I made it up, but, however, I did not actually bring my helmet, so we had better not get too dangerous.”

I went to unpack The Boy Child’s back pack after school, and this is what I found. 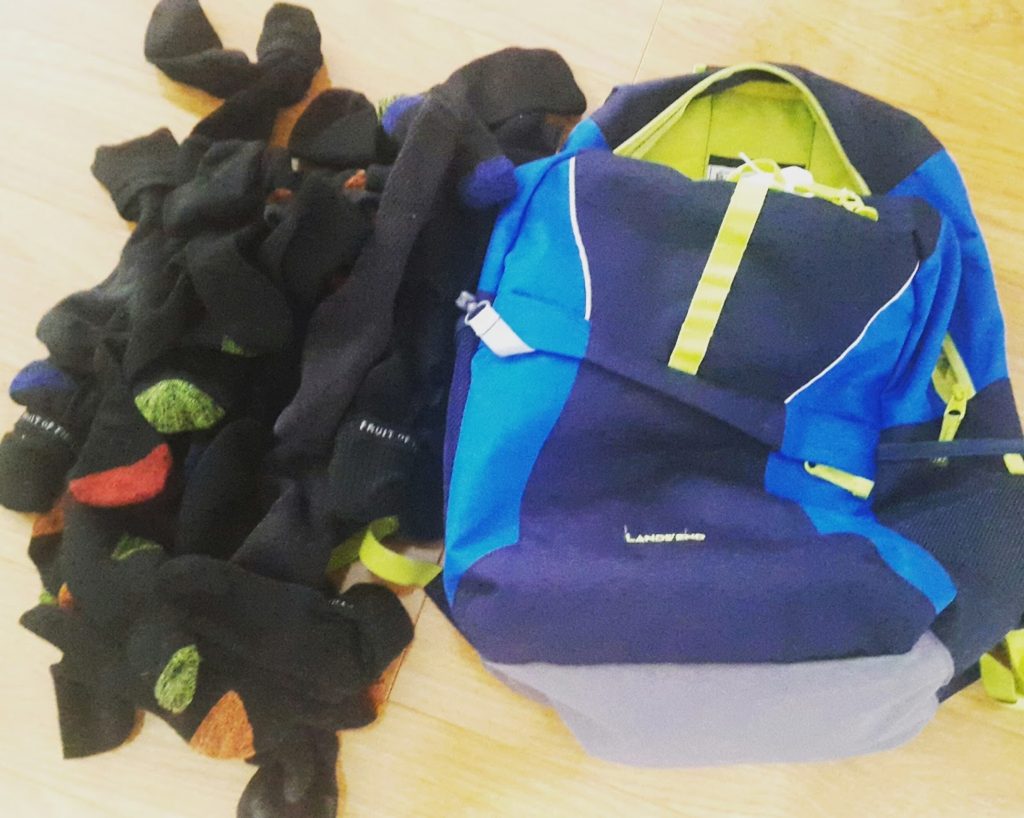 When questioned as to why he had taken more socks to school with him than I even knew we owned, he stated the obvious.

“Because I wanted to match with my friend and I didn’t know what socks he was going to wear.”

So, if you have ever wondered what it might be like to be in the shower with me, well wonder no more, because I’m about to post a picture from inside my shower… 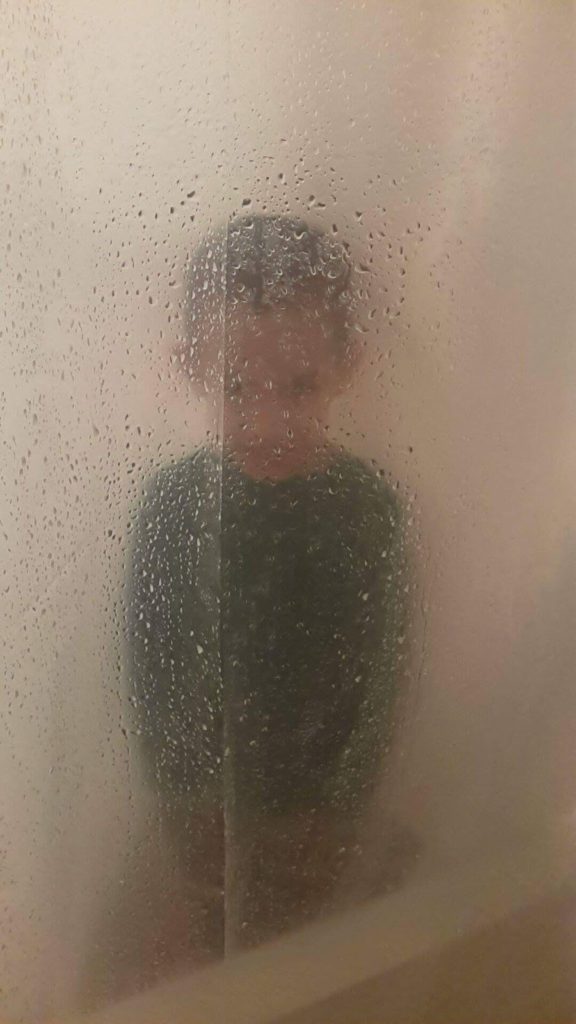 Yep, that is my view. And yep, that is a child — specifically The Boy Child — standing outside of the shower, in between the shower curtain and liner, asking me repeatedly if I will get out of the shower to get him new pants because the ones I picked out for him “felt too big.”

Exasperated — as most mothers are when they can’t get two freaking minutes to themselves — I turned to the person in my life who has the unfortunate position of being the person I vent to, (my husband), and began to complain. 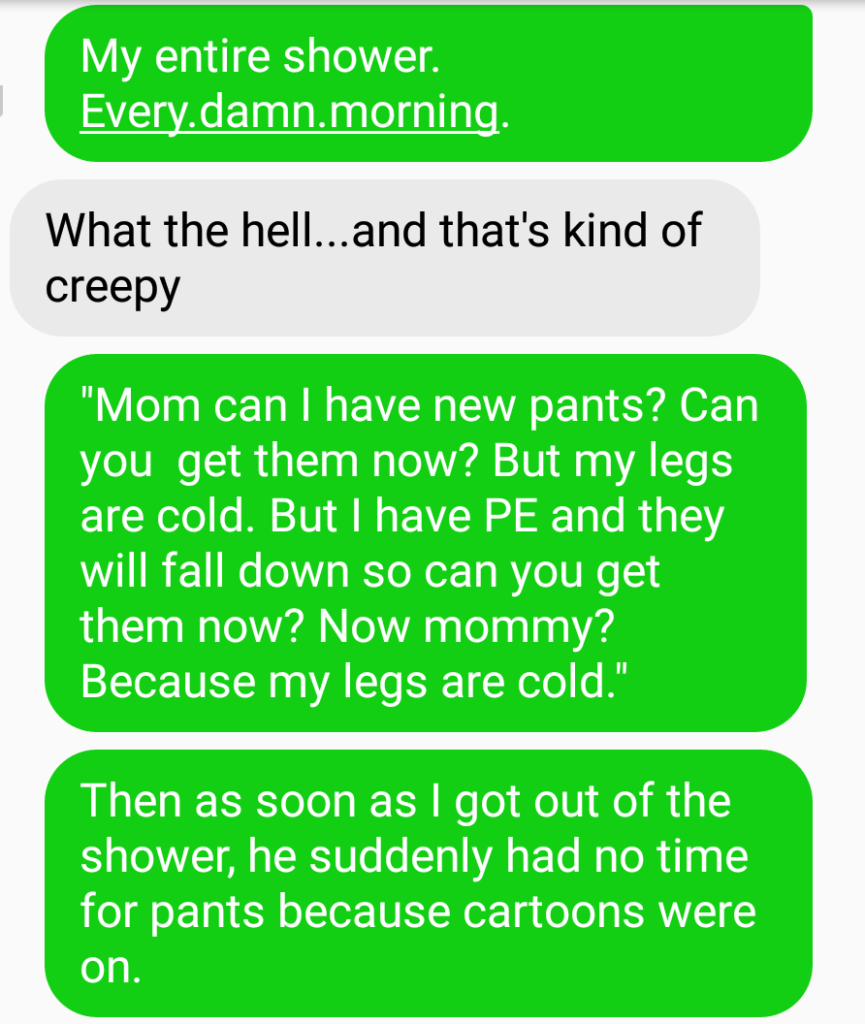 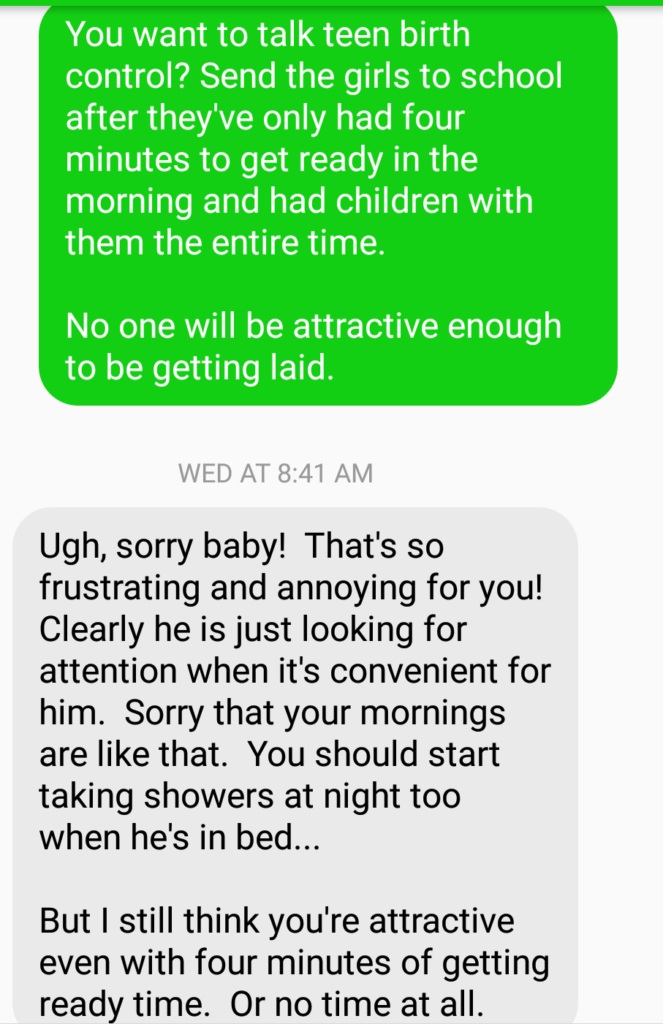 Thankfully, he handles the job well.

The Guy and The Boy Child are in the bathroom, washing their hands.

Or so I thought….

Suddenly I hear The Boy Child say, “I like your fuzzy balls daddy!”

I was mid-leap off the couch when a wide eyed Guy sticks his head out of the bathroom and with “panic” written all over his face, starts shaking the pom-pom balls that were dangling from a goofy pair of pajamas, and tripping over his words as he explained to me that if I heard anything, The Boy Child was simply commenting on his pajamas.

I let him sweat for a minute and then burst out laughing. 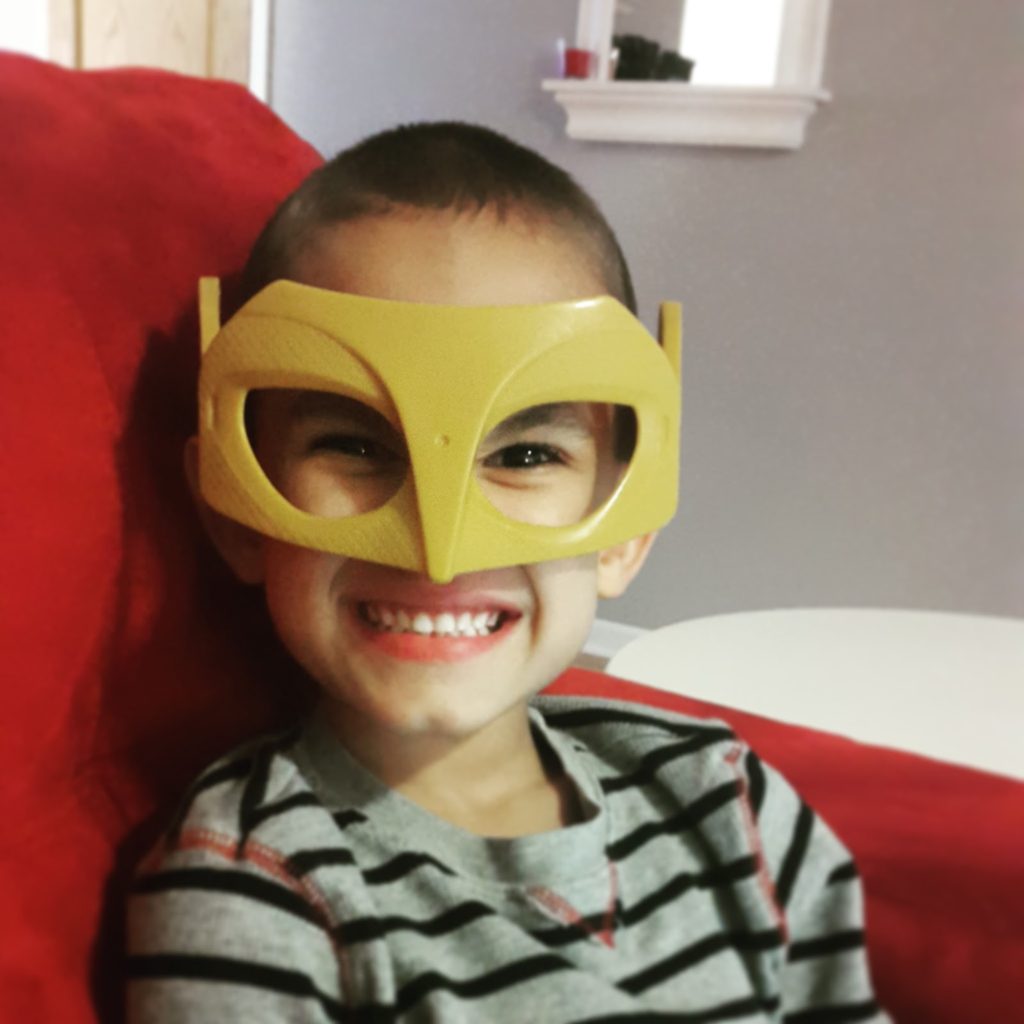 The Boy Child had a carnival at his school, and one of the activities was a “guess how many gumballs booth.” He insisted on writing his own guess.

We should find out soon if he won. 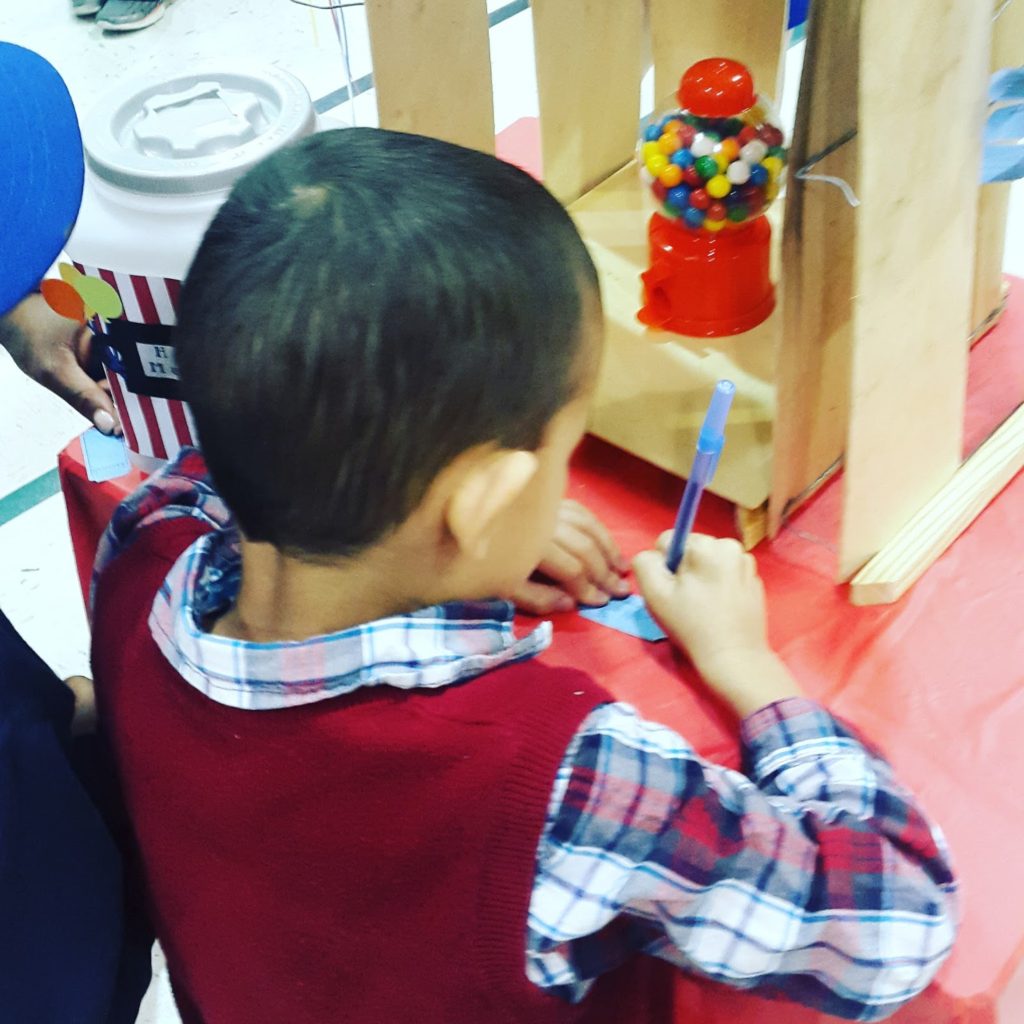 The Girl Child was mad at me, and stormed off to bed. Later, I found this little beauty in the hallway outside her room. 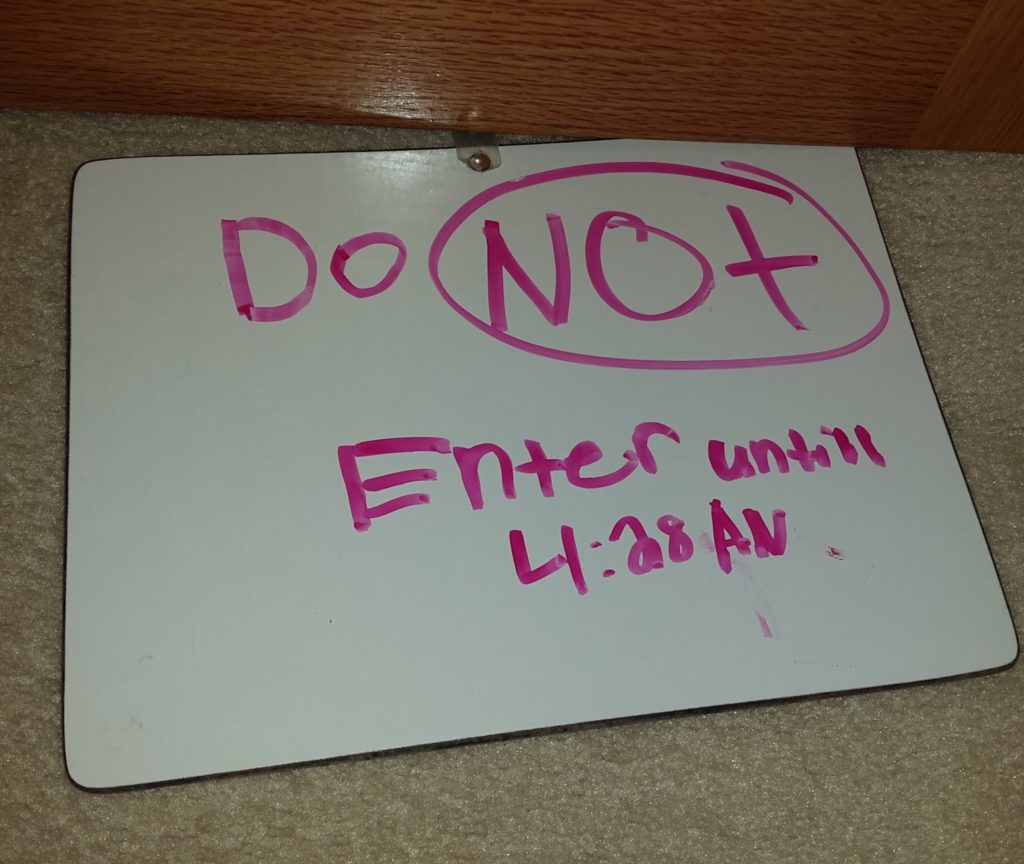 Going through the end of the year school pile, I found this little beauty from Mother’s Day, that The Girl Child filled out about me at school. 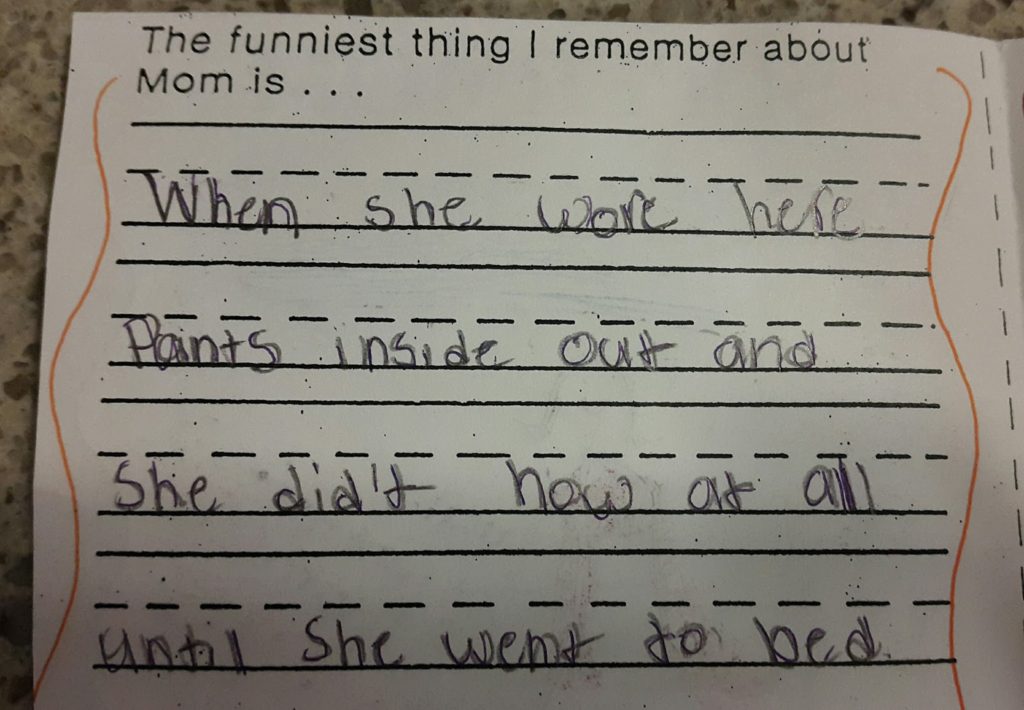 So that’s super awesome and I’m sure her teacher loved it.

But I think I’ll keep her anyway, because… 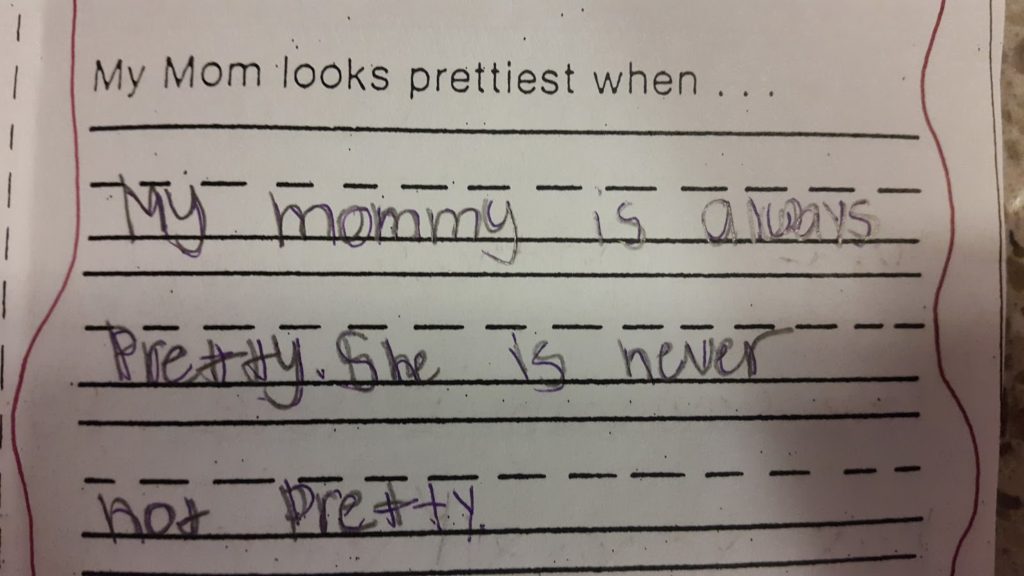 She’s basically like the self-esteem version of a sour patch kid.

Kids are so weird.

So, Our House Flooded