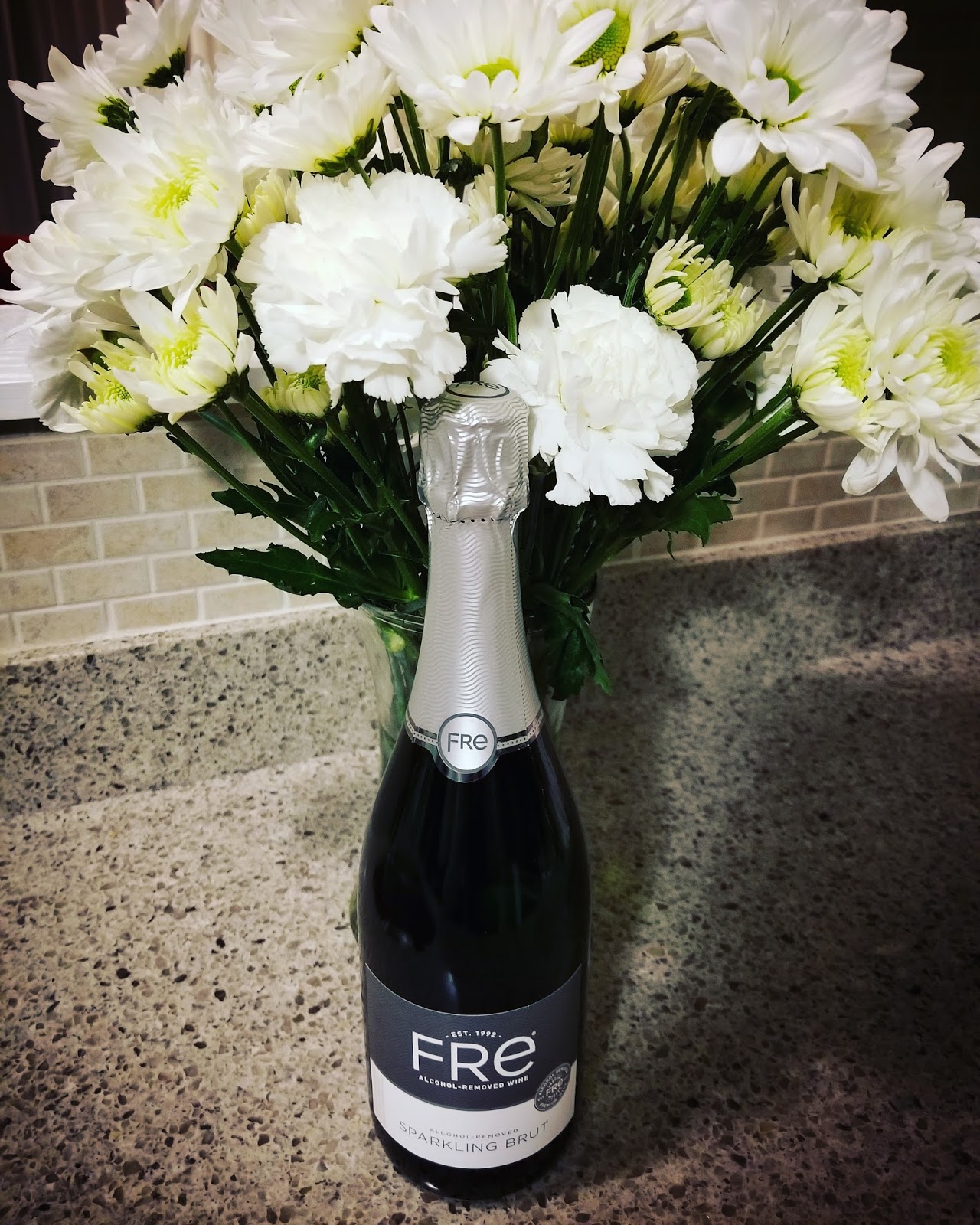 I was driving home when Mr. Attorney Man called to say that he thought it had gone well. I agreed, and then caught him off guard by saying that I wanted to concede to my ex’s motion, and moving forward have a cap placed on what he would owe me.

Repeatedly explaining that there was no legal basis for that, and that it would mean I would end up paying a majority of the bills in the end, I stood firm that it was what I wanted.

I do want justice, but I also need to move on.

“Please ask the judge to cap it, and in turn raise his monthly payments for support and arrears. I’d rather he be obligated to pay a higher amount each month, if it means that I don’t have to talk to him ever again. I know that means I will end up paying more towards medical bills than he will, but I can’t keep doing this. I want to move on.”

I got home that night to a bouquet of flowers, a bottle of alcohol removed champagne, and a husband waiting to either comfort me, or celebrate, and had to explain that the case wasn’t yet over.

I tossed and turned all night, and the next morning when closing arguments began, Mr. Attorney Man expressed to the court how weary the process has made me, and that although I was there for justice, I was desperate to move on. He pointed out that it was clear my ex’s testimony was not credible and asked that the courts make things right for me and my children.

Then, my ex’s attorney said “your honor, we have a lot of deadbeat dads that come through this courtroom, and it’s obvious that Mr. Ex is not one of them.”

I gasped loud enough that Mr. Attorney Man turned to me and gave me the look I give my children when I am not in a position to utter actual words, but I need them to shut up.

I lowered my eyes to the floor, clenched my teeth tight, and listened as the judge began to speak.

“It’s very clear to me that Ms. Strong has shouldered the lion’s share of the burden in providing for her and Mr. Ex’s children, and it’s pretty clear that no matter what ruling I make today, she will continue to do so. This is a difficult case, because it’s like trying to get blood out of a stone.”

She paused for a second, and then said that she was finding my ex in contempt of court. She said it was proven that my ex was not willing to participate in taking care of his children, and although she did not feel that it was fair to me, she would agree to place a cap on what he would owe. But, referencing a little known statute that Mr. Attorney Man had brought to her attention — one that allows the courts to deviate from the standard child support laws when there is a child with a severe medical condition involved — she was ordering him to pay what amounts to nearly 75% of his check each month in support and arrears.

She then apologized to me and said that she wished she could do more.

If the ceiling could have opened up right then and there, I’m pretty sure that I would have seen God smiling down on me, and heard angels singing.

My words were heard. She saw who he truly was, and she condemned him for it.

It doesn’t repay what he has done to my children, but I’ve come to accept that much of that is not to be handled in this life. This is as close to true justice as I will see on this earth, and it is enough for me.

The order was then made non-modifiable, meaning that if he chooses to quit his job, or hides his income to claim he is poor, he still owes the money.

If he doesn’t pay, he goes to jail, and this judge, well she doesn’t mess around.

My ex hadn’t appeared that morning, so I didn’t get the satisfaction of seeing his face, but quite a few different thoughts have rolled around in my head over the last few days.

He will never learn. There isn’t a cell in my body that believes that this will be the moment he understands what he has done. I truly, truly, do not think that he is capable of it. His victim mentality and fundamental character flaw, keeps him from facing the truth about himself, and if all these years have taught him nothing, then nothing ever will.

So oddly enough, my thoughts have turned to his wife.

She just quit her job. They have three children, and he will be working almost entirely to support a family that he no longer lives with. She is going to have to go back to work, and in doing so, know that she is working every day, because her husband is working for another woman.

The irony of that is not lost on me. I missed out on a great deal of my children’s lives, while I was pulling together a life left in shambles, because he was spending his time, building a life with her.

There seems to be a revolving of roles that cycles on between her and I, none of it that I asked to be a part of, but one that we both seem to be stuck in.

Throughout the course of the hearing, my ex referenced his wife cashing out her assets to pay off his debts, and borrowing money from her parents to pay off even more.

When he left me, he owed my brother and father over 20k, and I had cashed out multiple accounts, and maxed out several credit cards, paying for debt that was exclusively his.

She is right where I was now; trapped in the spiral of financial ruin that swirls around the choices he makes, and she’s probably buried so deep that she doesn’t know how to get out.

And the crazy thing is, that all these years I’ve wondered why he can be for her and their kids, what he couldn’t be for me and mine. But what hadn’t occurred to me, is that he isn’t.

I had access to his email account long after he left me, and I know for a fact that his craigslist hook-ups didn’t end when he started a life with her. Why I never put two and two together I’m not sure, but he was cheating on her from the very beginning.

He hasn’t changed. He is the same as he always was, just living in a different house, doing the same things to different people.

As I was sitting there on the stand, I caught myself looking at him and I flashed back to everything he dragged me through. I actually lost my place speaking, because while looking into his eyes, I was struck by the thought of his wife doing that now, and wondering what she got herself into. I’m sure, like I did many years ago, she’s desperately trying to hold together a man who is falling apart, taking her down with him, as she lays awake at night praying that things will get better.

But they won’t, because he won’t.

Her life just shattered. She’s going to have some very tough choices to make, and I don’t envy her a bit.

I’ve been there, and it sucks.

He’s a lying liar who lies, and he’s very good at what he does, until he gets backed into a place where he can’t keep up the charade any longer.

If history serves to predict the future, she will soon be the third woman left in the wake of his destruction, as he realizes that he has drained everyone in his life dry, and can’t get out of this, and disappears again.

And if he doesn’t, well, that’s honestly not any better, because her children will have the unfortunate experience of being raised by a man, who isn’t fit to be one.

Maybe she will surprise me, and leave him first (which would suck for him since he can’t even afford an apartment at this point), but either way, it’s no concern of mine.

I’ve never been vindictive. It’s why I’ve never driven the three minutes down the street to visit my ex’s wife at work, posted their photos, or slipped their names to an Internet of people who would love to see justice for me. It’s why I didn’t even dig into their lives enough to realize that they had a third child before it surprised me in court!

Outside of court, they don’t concern me, and now in court, it is finished.

Me, The Guy, and OUR children, are moving on.

I pulled my children through the flames and set us on our feet.

I was broken, hurt, and damaged, but in it I found strength, and through that, I found myself, and the family I have now.

It was a long road to get here, and now we rest.

Settling down with a few treats that my ex unwillingly bought us, The Guy and I clink our glasses and share between us a little smirk, and a loving wink. 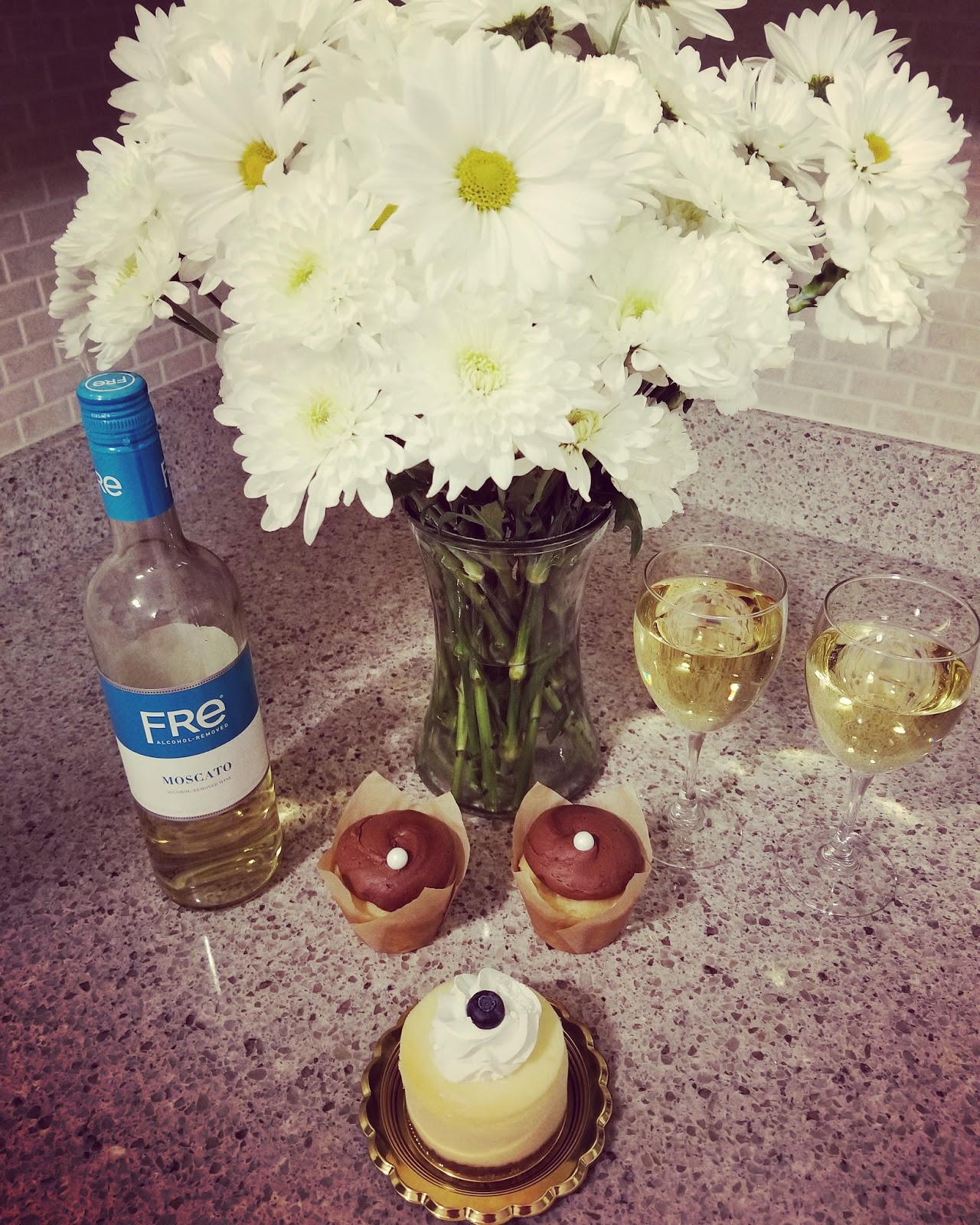 We rest and look forward.

Vengeance is mine, I will repay.

The Lord will judge his people.

* A big thanks to Mr. Attorney Man. I couldn’t have done this without you. Thank you for standing by my side all these years. You are the change in the world.*
Tags: Court, Ex
Newer Posts