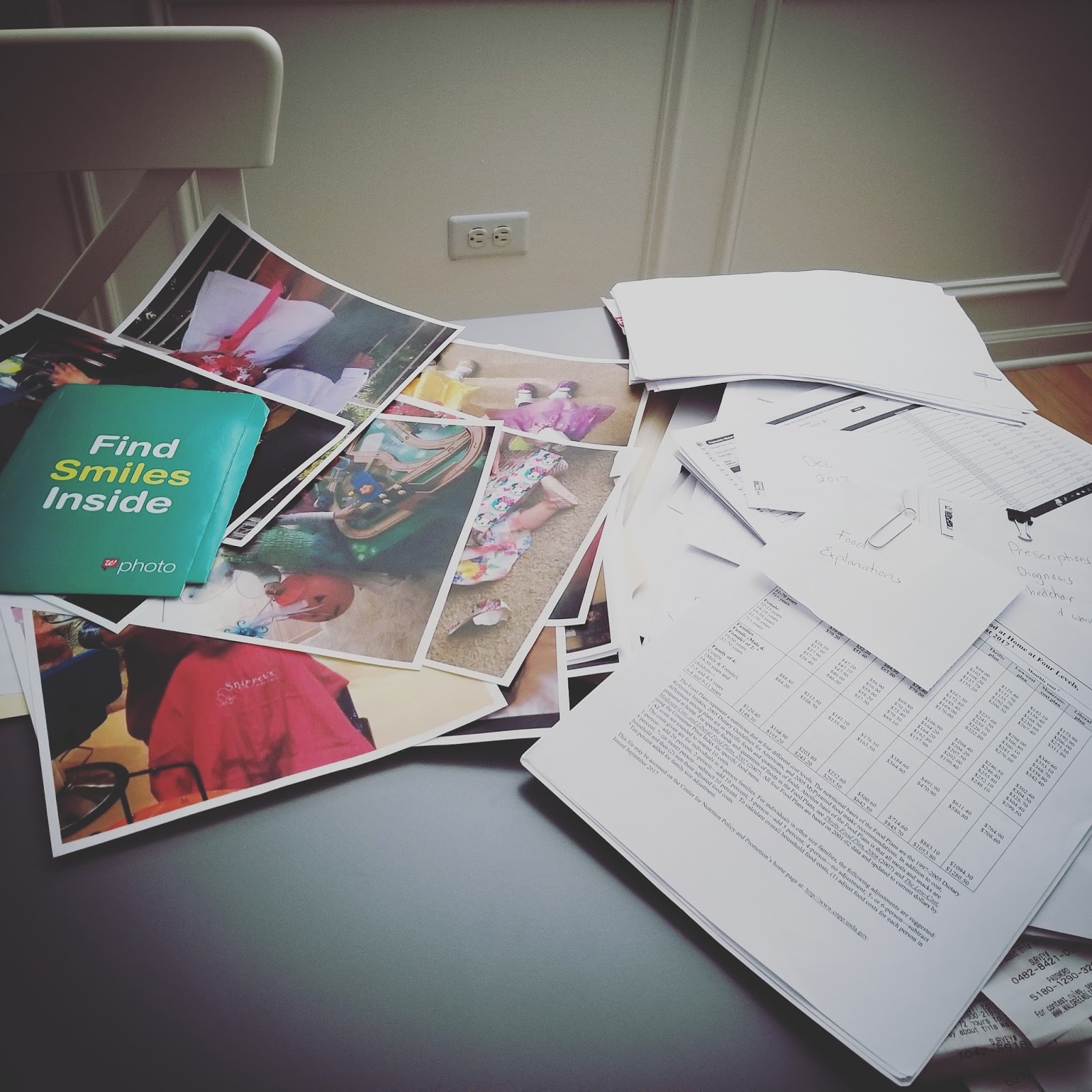 It was absolutely freezing on the walk to the courthouse.

Held in the afternoon and the only case on the docket, the courtroom was empty for our hearing, with the exception of Mr. Attorney Man, myself, a friend, my ex, his attorney, the judge, and the bailiff.

Intimate in a strange kind of way, it was both comforting, and unnerving.

Mr. Attorney Man had prepared a binder of documents that was no less than five inches thick and marked with exhibits.

I myself had brought a four inch file folder of well gone through evidence; copies of everything from bills that I had incurred, to photographs of my ex, his wife, and their children, provided to me by someone they believe is their friend, and proving that his lifestyle isn’t quite as homeless as he has claimed.

I was ready, and utterly sick to my stomach. But, in a twist of fortune, the judge that had spent years letting my ex bluff his way through court, had retired, and a new judge now reigned over our case; giving me a glimmer of hope that maybe, just maybe, this time would be different.

My ex was called first, and as he sat there on the witness stand, I was taken aback at his appearance. A gaunt face with dark circles under his eyes, his hair has gone almost completely gray. Repeatedly clenching his jaw in anxiety, just as he had done throughout our marriage, only a couple teeth were now left on his bottom jaw, and a damaged partial denture that was supposed to be a temporary fix from work started nearly a decade ago, clung to the top and cause him to appear even older than he is.

Mr. Attorney Man wasted no time in getting down to business, and in an effort to condense what ended up being almost four hours of testimony, I’ll tell you that my ex’s answers were filled almost completely with perjury, and fake tears that dripped of manipulation, and desperation.

“Mr. Ex, were you not ordered to log into the website Talking Parents once a week (our only mode of communication), to converse regularly with Ms. Strong about the children and finances?” Mr. Attorney Man asked.

Reading over the previous court order, and a detailed record of his log in attempts, my ex reluctantly agreed that he had logged in only four times in almost a year, leaving me with no way to reach him. He then stumbled his way through an explanation as to why, before finally deciding on the excuse that my messages were unsettling and confrontational.

Spurred by that accusation, Mr. Attorney Man read aloud a number of messages I had sent, containing (paraphrased) phrases such as “I’m willing to work with you, if you work with me, but you’re making this impossible when you constantly ignore me. If you are experiencing some financial hardship, I’m open to being accommodating, but I really need you to communicate with me to do so.”

Page after page, message after message, my ex couldn’t point to anything confrontational, and set the stage that he simply didn’t want anything to do with me.

With his defense being that he hadn’t paid support because he couldn’t afford it, Mr. Attorney Man lynched into him again, asking why there was such a discrepancy between the documents he had provided to the court under sworn oath, and what the IRS had on file. Testimony was recalled from prior dates when he claimed to be sleeping on a couch and living with a roommate, and then we sat back and watched as he tried to explain how that testimony accounted for the wife and child he had at that time.

For nearly two hours, Mr. Attorney Man questioned what my ex had previously alleged in court, and asked him to explain why none of it matched the actual evidence at hand.

“Mr. Ex, do you recall this affidavit, that you provided to the courts, where you wrote down that your income was XYZ? Then can you please explain why your tax return says that you actually made ABC that year? Do you remember being required to provide proof of your income at that court date, and for two subsequent dates, you ‘forgot’ to bring in your paycheck stub and W-2? Was that because you were hiding your income?”

Then, referencing the financial affidavit my ex had prepared for this hearing, Mr. Attorney Man asked why he filled it out as if he were a single person. Why he wrote down every housing, auto, children’s, pet, and living expense, as if he paid all of it on his own, right down to his wife’s car payment, but conveniently didn’t include her employment income anywhere on the sheet; making it appear as if he was living beyond his means, and on his salary alone. Yet when questioned as to why he wrote down that was paying over $22,000 a year in children’s expenses — and claiming that he couldn’t afford to pay anything for mine —  he stated that his wife paid all of those expenses, and he paid none of them.

The judge literally rolled her eyes.

Then, when Mr. Attorney Man asked him why he had never once, since the moment he walked out of our home, asked about our children, he burst into tears and began stuttering that he loves them, misses them, and wishes I would let him be more involved. Trying not to leap over the table and strangle him myself, I was pleasantly taken aback when the judge interrupted him and said “Sir, if I recall, you never even took the court ordered parenting class. You never asked for visitation, and you never pursued it.” 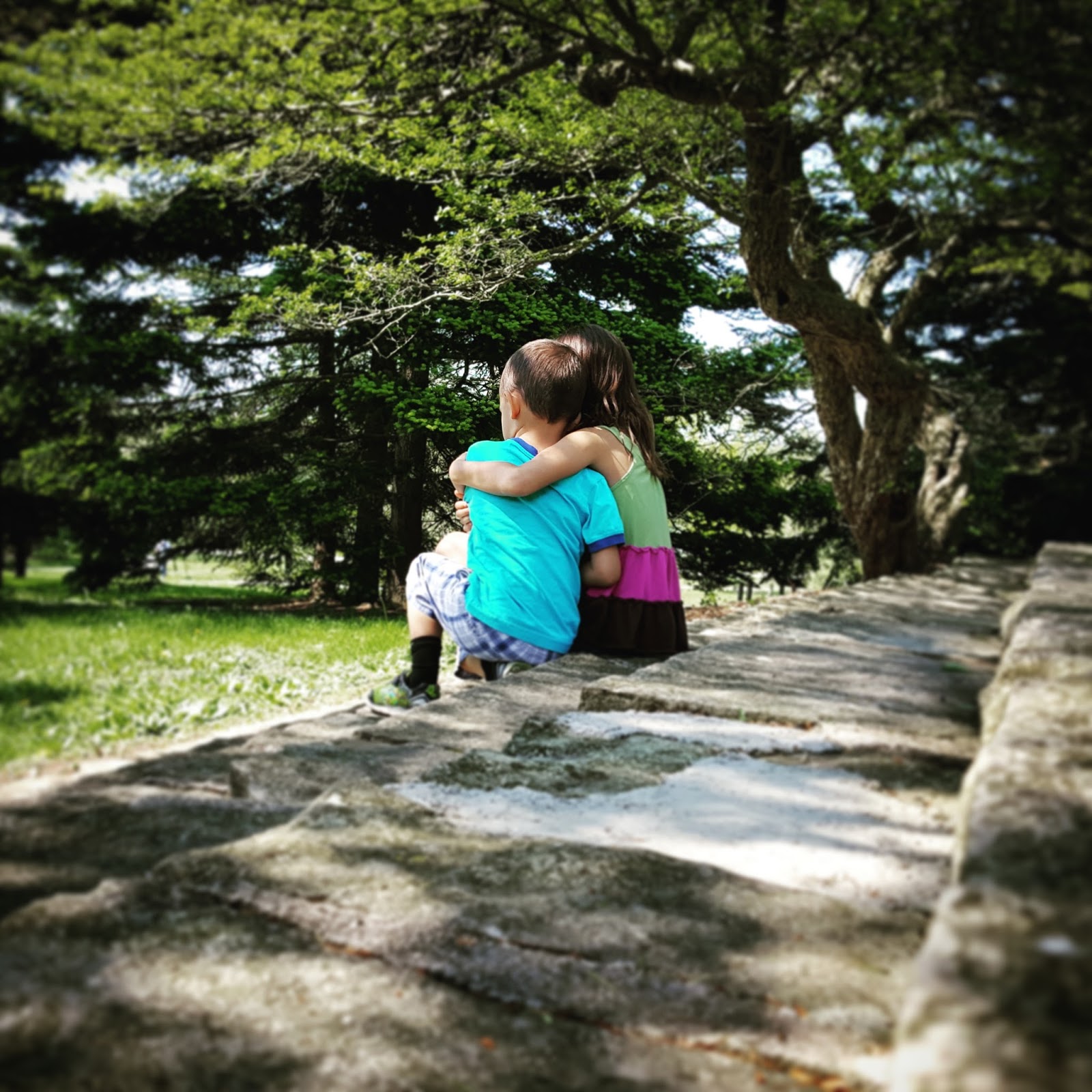 For the first time ever, I felt like someone in a position to actually do something, was seeing through his lies.

But my ex just couldn’t help himself. Weaving a story about how him and his wife really didn’t make very much, and all of the reported income was loans and cashed out retirement funds that had been liquidated in an effort to pay me, he sat there speechless when confronted with the attached W-2’s that clearly showed their combined income was from wages.

At that, his attorney (who for the hearing was an associate in Mr. Killer’s office) took over and let him launch into a clearly coached speech; sobbing that with the birth of his third (fifth) child, his wife had quit her job to stay home with the kids (whose birth dates he had difficulty remembering). The attorney argued to the courts that with the change in circumstances, it was clear that he could not be responsible for the bills of his prior children, because his plate was full.

When it came time to place me on the stand, Mr. Attorney Man had only had a few questions for me, with answers that I had asked him to let me share with the court.

“Please don’t misunderstand what I’m saying” I pleaded out loud. “I love my children and I am grateful that I am their sole guardian. I can’t even imagine my ex husband being in their life at this point because of how much damage he has done. But in the beginning, I didn’t ask for this; I didn’t ask to be abandoned. My ex’s defense is that he is too busy and financially strapped to take care of the family he had first, and although I have been happy to be the person there for my children, I didn’t ask to be their only parent. He abandoned them, and if I had then turned around and done the same thing, I would be arrested for neglect. Now I’m sitting here, after wiping away tears from the kids crying for a dad that never came home, and I’m asking that the courts not protect him anymore. My income is not protected by the law. It is my responsibility to give my kids everything they need and pay all the bills, because he left them with me, and although I am happy to do it, no one protects me from any other option. Now to have him come in here and ask the courts to protect him from his responsibilities because he has decided he wants something else, it’s insulting.”

I then began to shed what may have been the first real tears shown in the courtroom that day. They rolled down my face and fell with a vengeance onto the documents in front of me, as my ex stared at me; unblinking, and stone faced.

With that, the courthouse closed for the afternoon, and the fate of the case rested in the judge’s hands.

(Which you can now read by clicking here)
Tags: Court, Ex
Newer Posts