I seriously have the strangest life. Like my life is already weird and unbelievable, but then on top of that, my day to day monotony is anything but monotonous. Too illustrate this point, I will give you a run down of the totally abnormal stuff that happened just this week alone. (You should all know by now how much I love giving examples)
Monday:

I sent my friend a text message at 5:40 am that said “Fuck Monday’s. Seriously. Fuck this Monday shit.” Then I promptly slammed my car door shut, locking my keys inside. Fuck. This. Monday. Shit. Seriously. Fuck this Monday shit! 45 minutes later the police had them out for me, so I drove to my client’s house, and opened the door. For the first time in seven months I heard “alarm sensor activated” being announced from the keypad by the door. Ok, this isn’t going to be good. Their home alarm, which has NEVER been on, is on, and going off. I’m trying to call my client at work, the alarm company is yelling at me through the speaker system in a tone that is 12x’s louder than the human ear can handle, and obviously, the alarm is blaring. Finally, FINALLY, it is turned off and I have assured the police that yes, I am actually supposed to be there. As soon as everyone leaves, I walk into the living room and hear “Living room motion sensor activated.” Alarm goes off again. Seriously. Fuck this Monday shit. FUCK MONDAY’S. To top it off I had to move a dildo and lube that was left in my clients shower and while washing their floors on my hands and knees, their mastiff licked my face, which is essentially like being hit in the face with a bath towel that has been soaked in dog slobber. FUCK MONDAY’S. 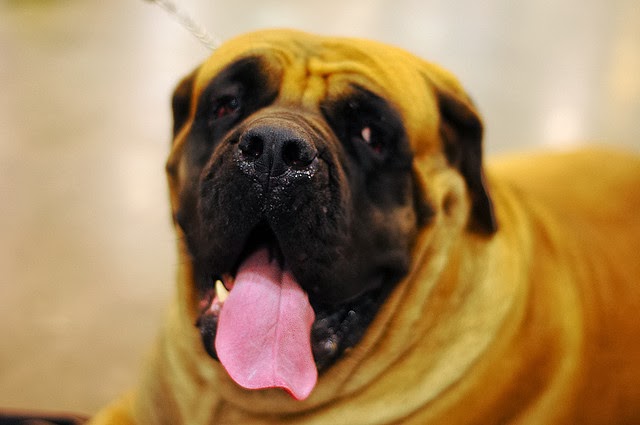 After that I got that fun call from the daycare that working parents just love. The one that informed me that the boy child was sick and I needed to pick him up. So, I did the responsible thing and I made a quick stop at the store to grab anything I might need. Baby Tylenol, pedialyte, sanitizer, and wine for mommy. I acted even more responsibly by double checking my purse before I shut the car door, to make sure I actually had the car keys before locking the door. Crap. Where are the car keys? They aren’t in my purse. They aren’t on the seat. 7 minutes later WHERE THE HELL ARE MY KEYS??? Oh. Maybe they are exactly where you left them. In the ignition. SINCE THE CAR IS STILL RUNNING.  I topped Monday night off by teaching a stripping class. Because yea, that’s normal.

So a friend invites me over for dinner and tells me that she will be in the back BBQing when I get there, and to just let myself in. So I get there, go into the backyard, and she is definitely BBQing alright.

She is BBQing a Care Bear. 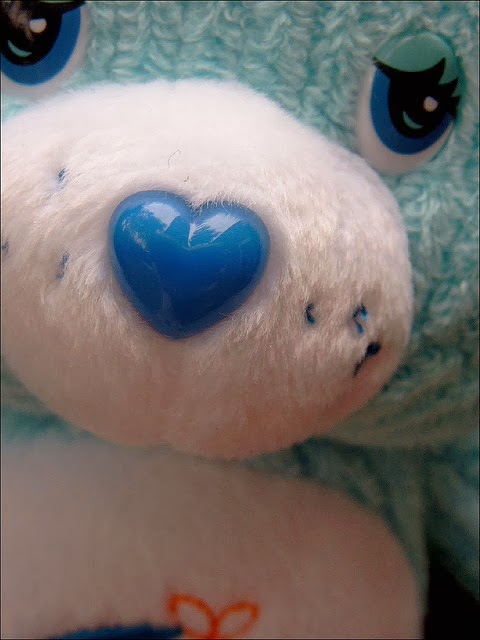 She looks up at me and quickly yells “Oh, hey girl! I’m almost done here,” before diverting her attention back to sunshine bear as she flips the poor guy over with a pair of tongs. He has grill marks across his face and one leg appears to be on fire.
“Uh…you sure you’re alright? Do you need help….or…. something?”
“Nope, I think I’ve got it, thanks!” she replies cheerily back.
“So…what exactly, is the cooking temperature,….for, …..a Care Bear……? Does he have any friends you need me to carve before we set the table?”
“What? Oh gosh.” She says. “You dork. I need him to look old for one of my set props.”
“Oh thank goodness. I wasn’t really sure what kind of help you call for when someone is grilling stuffed animals. At the very least, you are supposed to remove the fur before you cook the animal. I was a little worried that I hadn’t packed any dental floss in my purse.”

I went on a date. While sitting there the guy looks at me and says “My gosh you are cute.” Aw, how sweet. But then, because as you all know, I have AMAZING luck with men, he follows it up with “No seriously, you are CUTE! Everything about you is so tiny. You’re like a real person, but travel sized!”

Ok. Now what exactly is the appropriate response to that? “Oh. Ok. Well, I’m 5’3, so that’s not exactly hobbit height, but, if we are assigning me a label based on a consumer retail size, then I think I would prefer to be called “fun sized.”
But he doesn’t stop talking. Because noooooo, that might actually make for a GOOD date and this is MY life we are talking about. So, he says, “No, but like all of you is so little! Your arms are tiny, your waist is tiny, your hips are tiny, I could just snap you like a twig.”
“Ok, wow,” I stammer out. “This just took an interesting turn from awkward to creepy, can we talk about something else?’
“Sure,” he says. “Do you like to go camping?” WHAT THE HELL IS UP WITH ALL THE CAMPING!? Is this why I can’t find a good single man? They are all camping somewhere? Covered in mosquito’s and gutted fish eyeballs and pissing in the woods? I’m over the camping thing and I’m kinda over this date. So without much creativeness, I blurt out “No, I don’t camp, I don’t like outside. I like  inside. Camping for me is when the power goes out.” (Not entirely true, I just don’t like SLEEPING outside. Because seriously, what is the point? I have yet to be presented with any logically swaying arguments on that behalf)
“Oh, that’s no problem, he says.” I have a cabin in the woods, it’s very secluded. Nothing around it for miles. Do you want to go up there next weekend?”
“Absolutely. I would just love to go with you to your secluded cabin in the woods, completely hidden away from help society. Let me just give my friends a heads up as to which tree you are going to bury me under after you snap me like a twig and I will get right to packing.”
Thursday:

I read. A lot. Like I actually have a library in my house. See picture for proof. 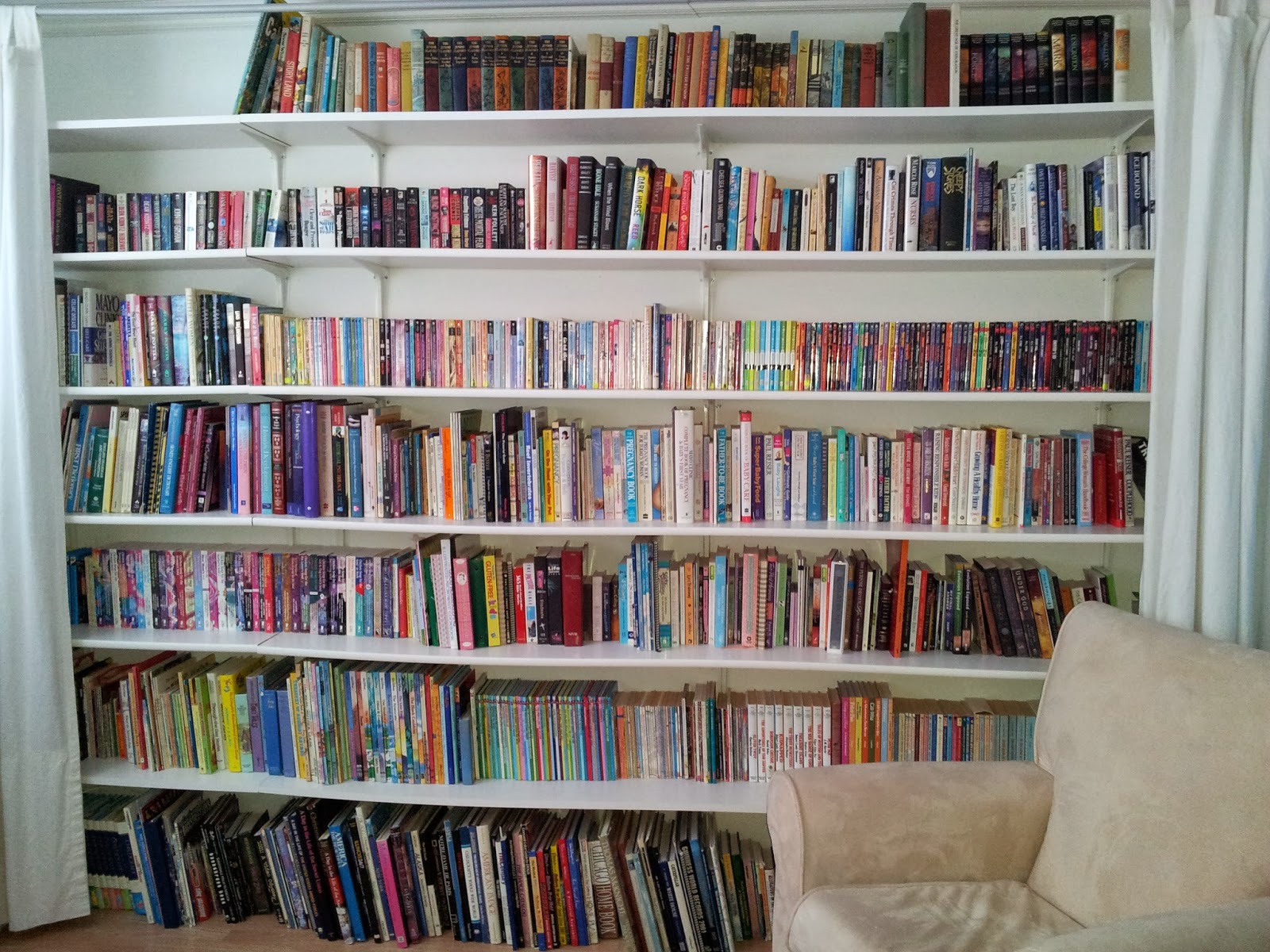 Oh, I’m sorry, I don’t speak Walmart and I no longer trust your judgment.

Speaking of Walmart, I haven’t been to a Walmart in probably a year or so but I ran there the other day after a business meeting. Walking around in heels, black spandex leggings, and a short dress (I promise it looked more professional then it sounds), I suddenly started feeling like a fat person in Ethiopia, seeing as how I was fully dressed and not wearing pajama’s. Then I realized that actually, I probably fit right in. I probably looked like I was “working.” I was momentarily tempted to buy tons and tons of condoms.

Also on Friday, the girl child’s kindergarten teacher told me that she was performing way ahead of her class in terms of her learning skills. She also told me that she talks way too much, can’t sit still, and shakes her ass on the playground while singing “I’m sexy and I know it.” I simply have no idea where she gets any or all of those traits from. Not a clue….really…..  Except for the smart one. That one is totally from me.
Saturday:

One of my best friends has recently started dating a fabulous guy, he is so good to her it’s ridiculous. So out of pure jealousy I asked her what was his flaw, because she has to have found at least one. Just one.

Give me something girl.

My girlfriends and I all sent each other mostly naked photo’s to compare our post baby bodies and critique our workout routines. That’s normal, right? But is it normal, if then, one of your good friends ask you if you want to join her and her husband, in bed?
So, that about rounds up my super awesome week and great! I’m just in time for Monday.
Fuck Monday’s. Seriously. Fuck this Monday Shit.