Stories From The Ex

My brain still feels like it’s in lala land, I think losing so much blood has really thrown my body for a loop, so today I bring you a pre-written post. So glad I stocked up on a few of these before my surgery. Enjoy!!

Stories from the ex, everyone has at least a few that stand out in your mind, am I wrong? I didn’t think so. So, because I am so awesome, I figured I would share with you, a few of the best/worst times with my ex husband.

Now I could go on and on about the little stories, like the time that I found him passed out halfway in and halfway out of an elevator, in a luxury penthouse suite on the beach, and after dragging his ass back to the room, he disappeared again. My brother, afraid that my ex might drown in the ocean, raced down to the front desk and asked “Did you see my brother-in-law stumble by here!? He is totally….sleepwalking….and we don’t want him to drown!”

Or I could tell you about the time that I stayed awake for three weeks straight with our special needs newborn daughter and threatened my ex that if he went to sleep and didn’t help me, he would wake up with a mustache. I even asked him “Handlebar, or Hitler?” He didn’t believe me. Four days later he FINALLY noticed he had a handlebar mustache drawn on with permanent marker, purple finger nails, and one less eyebrow. If those four days don’t let you know that his personal hygiene was slipping into the meth world (that I was unaware of), then I don’t know what does. 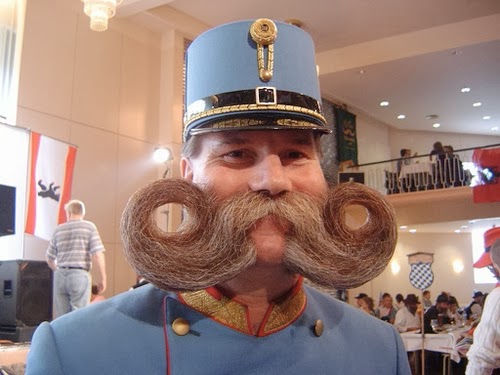 But, I also won’t go into details about the little stories, like the fact that he used to fall down the stairs everyday. Like seriously, everyday. I would just hear thud thud thud thud thud and my daughter would say “there goes daddy again.”

So instead, I’ll just tell you a few of the best stories.

Who Doesn’t Like Cheese?
My ex always thought he knew better than me. One day, he wanted to go fishing. I have an absolute phobia of fish. Their eyes freak the fucking hell out of me. They don’t blink. That is just not natural. I once had to watch a fish for a friend, and I was completely convinced that this fish was reading my mind so that it could gather information and steal my soul. Well, maybe not that extreme, but still, it was staring at me. So I kept a towel over it and had a neighbor come feed it everyday because I literally could not look at this fish. But I digress. So anyways, my ex wanted to go fishing, and because I strive to make people happy, I went all over town looking for the worms he requested. Did you know that they sell worms in vending machines!? What the hell!? So I buy said worms, and I show up at my families boat dock, and the dude is decked out in fishing gear. Like the hat, the vest, and every other bad movie character I have ever seen in my life. Have you ever seen a meth dealer in fishing gear? Its about as awkward as awkward gets.

He starts getting all his stuff put together, and I’m waiting, sort of like expecting my man to take care of me. Did he? No. Of course not. He looks at me and says “If you want to fish, you are putting the worm on the hook yourself, and you are taking the fish off yourself.” Ok, I won’t fish. No problem. Then he flips out because I’m ruining his fun. Dude, I may be kind of a brash bitch sometimes, but I’m still a chick. I don’t want to gut any worms, and I don’t want to touch any yucky water, and I don’t want any fish looking at me. How about I just sit here and cheer you on. No. He smacks the shit out of me.

I’m still standing firm on this whole “I’m not touching worms” thing, so I dig through the cooler and I find some slices of American cheese, and some string that was in the boat. I rip up the cheese and chuck it into the water. The fish immediately go crazy, so I just dip the hookless string into the water, and the fish start biting it! Hell, this might actually work. The fish are so confused by the oil on the water, that they are biting the string. So one bites, I yank it out onto the dock. Dip it back in, yank another onto the dock. At the end of the day, total tally: Ex with crazy insane fishing gear and real bait and hook: ZERO. Me with cheese and string: SEVENTEEN. Yes, I am still gloating a little bit. 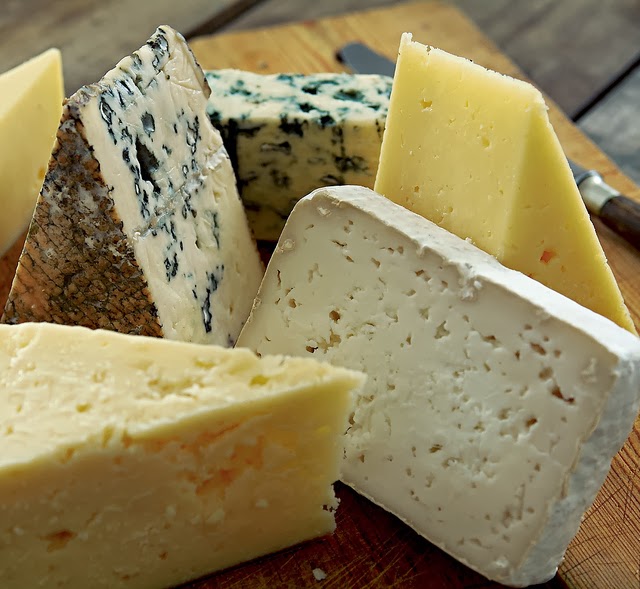 Speaking of fish, one year on vacation, we went swimming with the sharks. I had told him before we even got there that I was not going, but I would take pictures of him. If I haven’t been clear enough already, I HATE FISH. Like I passed up a free cruise because I couldn’t stand the thought of being surrounded by fish. Like I will take the long way around the grocery store just to be able to avoid the fish tank by the cereal aisle. I hate fish. I really freaking hate fish.

The morning of the shark swim, my ex, as usual, lost his shit. Basically told me everything that he knew would break me down and make me feel as though my life might actually be better if the damn shark just ate me and ended it all. He also tells me that they are just tiny little sharks, and to toughen up and stop being such a little bitch. Finally, I am beaten into submission agree to go.

We get there, and we listen to all of the instructions such as “whatever you do, do not touch the coral because it is very sharp, and if it cuts you, you will probably get a staph infection, and you will most likely probably actually die.” Ok. I won’t touch the coral.

As I am putting my mask on, I totally freak out. Like I’m sitting there and I’m trying not to let anyone see how hard I am actually crying, and asking my ex to hold my hand, and nope. He jumps in and never looks back. 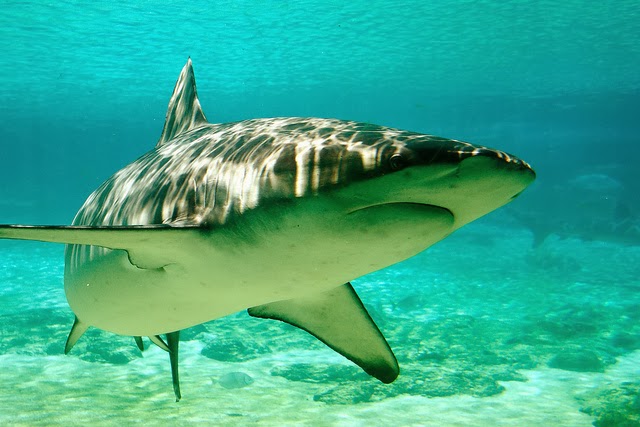 At this point, I have no where to go but in, so in I go. Immediately my mask fills up with saltwater. I peel its suctioned grip off my face, only to be hit in the face by a shark. A freaking shark hit me in the face with its GIANT FREAKING SHARK BODY. Baby shark my ass! This shark was at least five feet long. I flip the freak out. I go from internally freaking out, to an absolute public youtube sensational level of FREAKING THE FLIP OUT. I start panicking and I remember every safety measure that the trainer told me. So then of course, I naturally react in exactly the wrong way. Obviously that means I grab onto the coral. Great one moron. Split my knee wide open. Now, I’m bleeding during the shark swim. Why don’t I just swim directly into the sharks mouth? Well this just tops the highlight reel of my life right here people.

I begin to swim like the shark is actually nipping at my heels until I have hit the sandy shore of life. I climb out and I kid you not, I am actually lying on the sand as if I have just survived a near death experience. I am waiting for bright lights and a hand to reach out of the sky and assist my ascent into heaven. Nothing. Then I hear “Well hello Jesus.” I look up and a life guard is standing over me. “Huh?” I ask him. If this is heaven, I really thought the life guards would be hotter. Also, I didn’t think I would be Jesus. Kinda assumed the position was already filled….

“I said, hello Jesus. I’ve never actually seen anyone walk on water before,” says the un hot life guard. Oh great. I’m dying and this dude thinks he’s funny. Fabulous. Through my hyperventilated breaths, I manage to eek out “Those sharks are huge! I thought they were supposed to be babies!!!!”

“Babies? Some of those sharks are over seven feet long” says the un hot life guard. “Yea, thanks, I noticed dude. “How do you keep them from eating people” is echoed out of my body in an alarming tone. He looks at me like I am a total moron and replies quite seriously, “we keep them overfed.” “Overfed! You keep them OVERFED! I have been to a buffet before buddy! Where I think I can’t eat one more bite and then I pass the desert table and I’m like “Meh, I have room.”

Two hours later, my ex finally comes ashore. “Oh, you weren’t swimming?” he asks me. So nice to have been missed.

Let’s see, well, there was the time he put liquid dish soap in the dishwasher and when we came home, the house literally looked like something out of a comedy movie. We were met at the front door with suds up to my knees. TO. MY. KNEES. It took us hours to essentially melt them down in the bathtub. I was not too pleased. 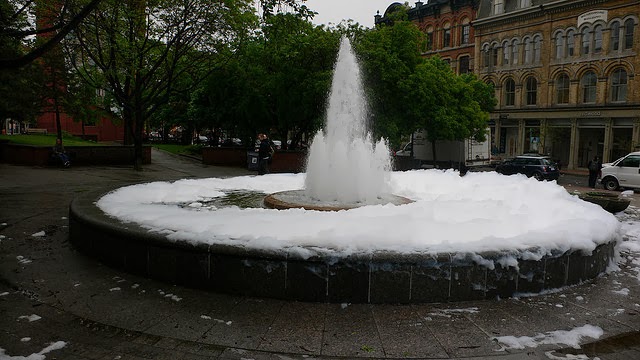 When I was pregnant with my daughter, my ex decided to put a border up on her bedroom walls in the nursery. I walked in there just as he was starting and was about to point something out to him, when he started screaming at me that this was man’s work, I had no business telling a man what to do, and then he hit me. I went back downstairs and let him work. Four hours later when he was done, he called me into the room. “See! I didn’t need your damn fucking help. You just don’t know your place, do you? Now take a look and apologize for doubting me,” he said. So I looked around the room, I told him he had done a great job getting it straight and that it was awesome that were were no bubbles in it, but, what was he intending to do about the fact that it was upside down? Hehehe. He was none to pleased. I, on the other hand, found this to be quite hilarious.

Well, that’s it for now, but if you are nice, there are more where those came from 🙂

Please share your best ex or even current partner stories in the comments section, I could use a good laugh!!