Just In Case You Were Starting To Think I Was Normal….

You all know I’m weird, right? I mean at this point in the game, this is a well established fact, am I correct? Well just in case you needed some more proof, here are some totally random and odd facts about me that you never cared to know.
#1. I was once awoken in the middle of the night, in my pitch dark bedroom because something was moving. My brain was going a hundred miles a minute trying to figure out if the moving creature was a robber, one of my children, or did I own a dog that I had forgotten about? Nope, none of those and whatever it was, it was moving very fast. I’m now freaking out so naturally I hide under my sheet, because that’s logical. The monster creature then runs across my bed and at this point I am fully convinced that either a demon is about to suck my soul down to hell or I am about to go head to head with a rabid raccoon. At some point I realize that I’m screaming. In a last ditch attempt to save my life I somehow levitate over to the light switch, flick it on, and come face to face with…….my neighbor’s cat. How it got in, I have no idea.
#2. I have an irrational phobia of fish. Like I’ve said before, they don’t blink and that is just not natural. I think it stems from when I was three years old and at my grandparent’s lake house. My teenage boy cousins had gone fishing and were gutting the fish for dinner, and they thought it would be a marvelous idea to tackle me and stick all the fish eyes onto me. Did you know they stick like glue? ((SHUDDER)) I remember running in the house in the middle of a full blown panic attack and all of the adults telling me to “get the eyes out of the house.” I had to sit on the back porch and peel them off one by one while the eyes stared at me. Even now, when I clean my client’s house that has a fish tank in it, I have to fight the urge to drop a hair dryer in the tank.
#3. I still sleep with my baby blanket. Well, not the same one, but they still make the same one and sell it at Sears, so even though I wash it regularly, I replace it every few years because it just seems like the appropriate thing to do. So even though I am a total freak, I’m at least hygienic. 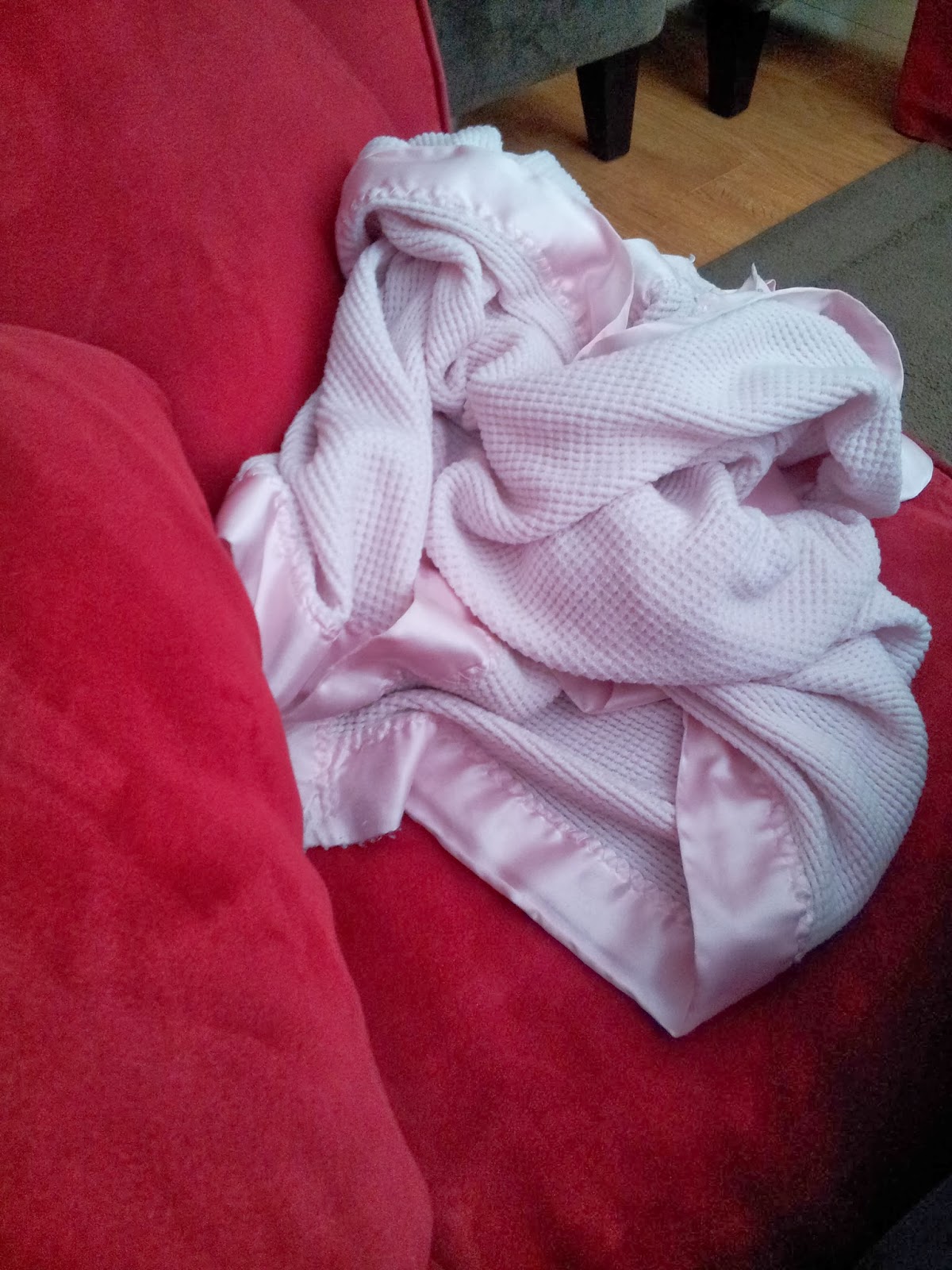 #26 I come from a long line of strange. My mother’s mother killed herself (which is actually really sad). Her father remarried and the woman, my mother’s stepmother, murdered him.

#27 People ask me on a daily basis if my eyes are real. Dude, you know you can’t really see out of prosthetic eyes, right?

So there you go folks, information that you never needed or cared to know about me! Now that I have given you a good laugh, how about you all return the favor and tell me some crazy info about yourselves?
Tags: Odd
Newer Posts