I Broke Up With Him

I broke up with The Detective Whose Name I Do Not Like.

Here’s the thing; He was great. No really, he was. I have absolutely no complaints about him whatsoever. Super sweet, thoughtful, good looking, responsible, etc, etc, etc, and yet I broke up with him anyways.

“Eden stop doing this to yourself!!”

Remember the uproar when my guy friend told me he wanted to be with me and I told him no?

I never regretted it.

I don’t think I will regret this either.

Although I miss The Detective Whose Name I Do Not Like.

I miss him a lot.

Not enough to make me reconsider.

That’s what got me. This open dating thing, it’s great. I love it, I really do. It’s been working out really well for me, but…I’m not sure if I want to love it forever.

Maybe, eventually, I want to be monogamous.

I really liked the detective, maybe even loved him, but he wasn’t just my man, he was another girl’s man too, and that never bothered me.

I don’t think, coming from where I was, that I would have learned so much about myself, my wants, my needs, if I were in a monogamous relationship and trying to mesh those together with someone else. Being in open yet serious relationships allowed me the freedom to find and define my own boundaries, while still growing my communication skills and learning to compromise. Yet now that I’ve done that, I kind of want to try monogamy again. Not so much because I even want to be monogamous, but because I don’t want to spend the rest of my life wondering if I chose open dating as a defense mechanism.

To be honest, I *LOVE* open dating, but do I love it because I have no good monogamous relationships to compare it too?

I don’t want to wonder anymore.

It’s a little scary thinking that I might fall for someone, depend on them, and then get hurt again, but my whole life is scary and since I keep pushing along through all of those fears, surely one more won’t kill me.

Because of that I broke up with everyone; the detective and the other two guys I was seeing on the side. I cleared the slate and I’m going to try something new. Obviously I’m not jumping into anything, but I will definitely be approaching things differently.

This should be interesting.

I just don’t want to wonder anymore. If I’m going to eventually pursue a long term polyamorous lifestyle, I want to know that it’s because it was the best choice for me, not because I was too scared of the alternative.

Where I’ll end up, I truly don’t know, but I owe it to myself to not let fear be the determining factor in my life’s course. If we as humans let fear control our lives, most of us would never evolve. Many of us wouldn’t change jobs, move geographically, give birth, or anything else that wasn’t completely comfortable.

I can’t imagine a world without risks.

How can we ever discover anything new if we aren’t willing to leave the place in which we are standing?

The greatest discoveries are made when you set contentedness aside in the pursuit of evolution.

I refuse to settle for where I am when my only real reason for doing so is that I am too scared to do anything else. 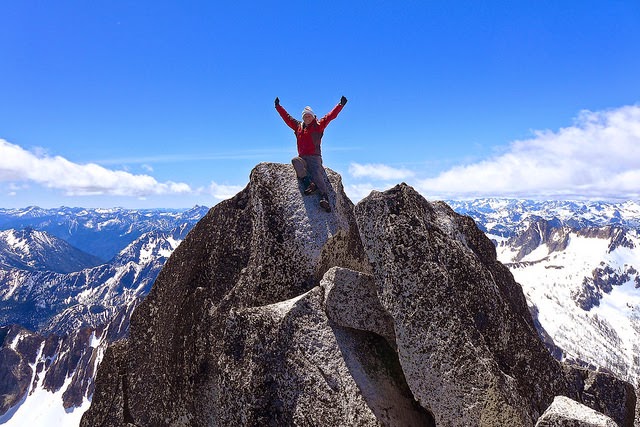 Fear, in all it’s constraints, will only smother and suffocate you, but the freedom that courage brings is infinite in it’s possibilities.

I Couldn’t Leave You By Your Lonesome ALL Weekend!