Below are a few pics I snapped on my phone last spring.

When you live near farmland like I do, you tend to get hit with more severe weather than other areas might. 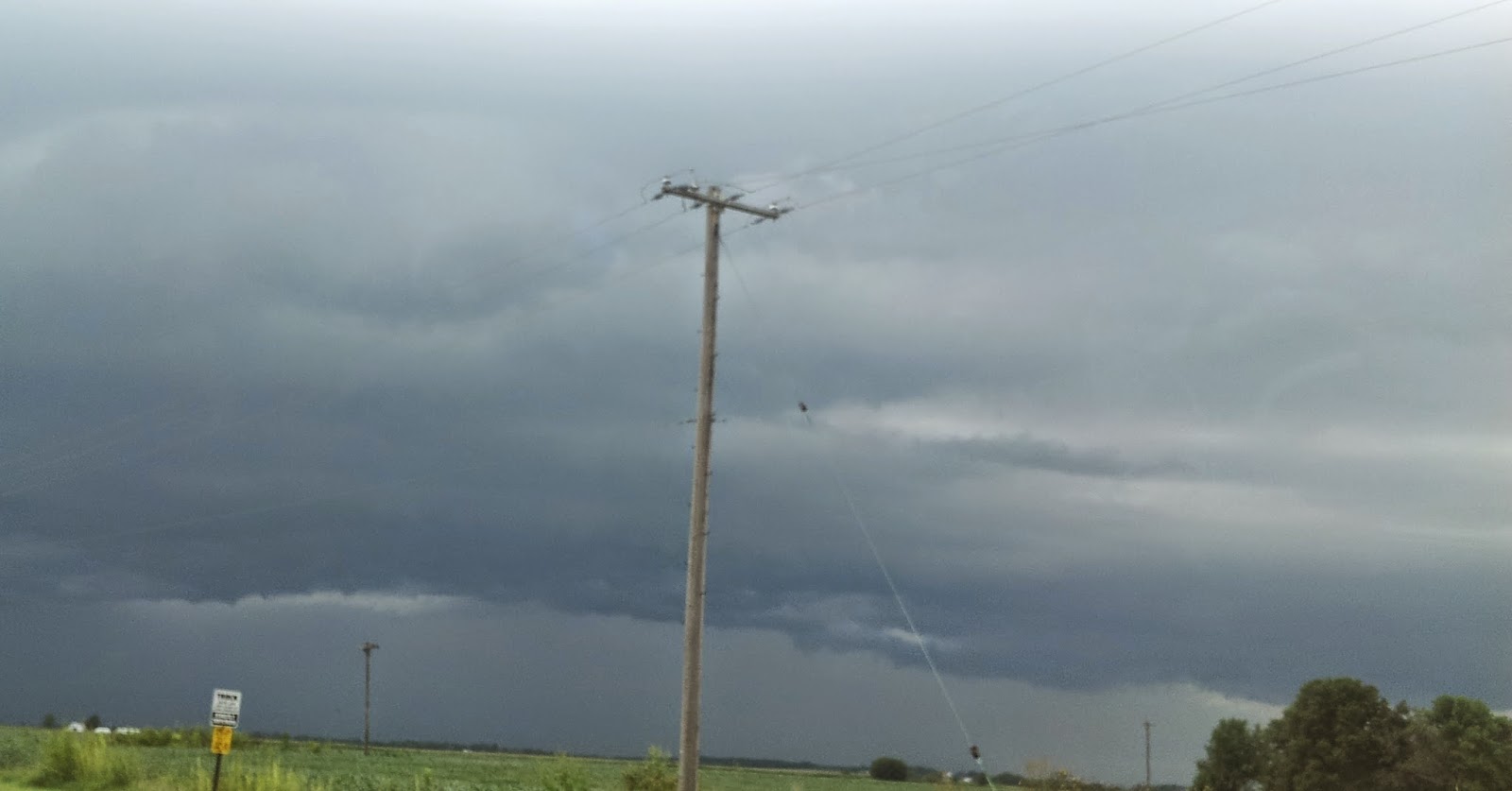 Not only can you get caught in the deadly situation of driving for miles upon miles with no place to seek shelter, but just the simple fact that the wind itself travels unobstructed for miles before it slams directly into your neighborhood is dangerous enough. Where I live has been known to have some pretty intense tornadoes and because of that, most people around here take the threat of storms pretty seriously. 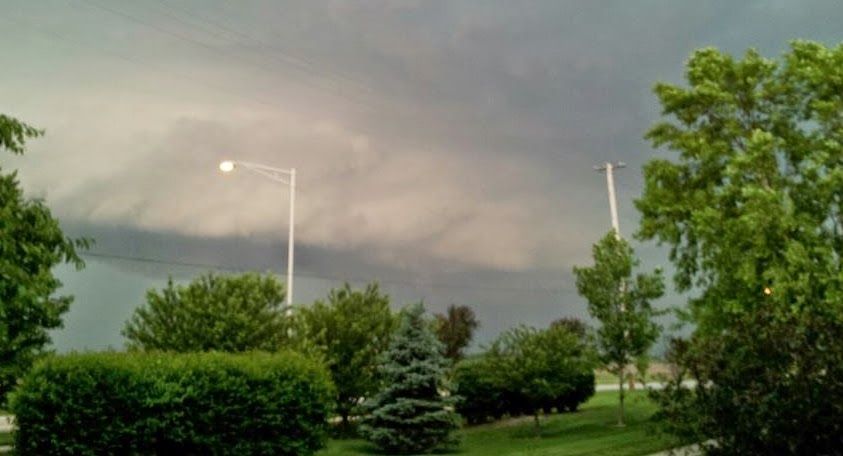 The other day I found myself talking to my neighbor about how I was getting things ready for the storm season to begin, and the conversation went a little like this:

Me: “Yea, I’m so tired of the sirens going off in the middle of the night and then having to scramble to get everyone downstairs while still half asleep, that I finally just packed a tornado bag. I put a memory stick in there that has all my important documents and family photos on it, the safety deposit box key, a phone charger, some granola bars for the kids, and a pair of shoes for everyone. Now if the sirens go off I just need to take my phone and get everyone downstairs, put the kids bike helmets on, and grab the safety whistle in case you know, the house falls on us.” 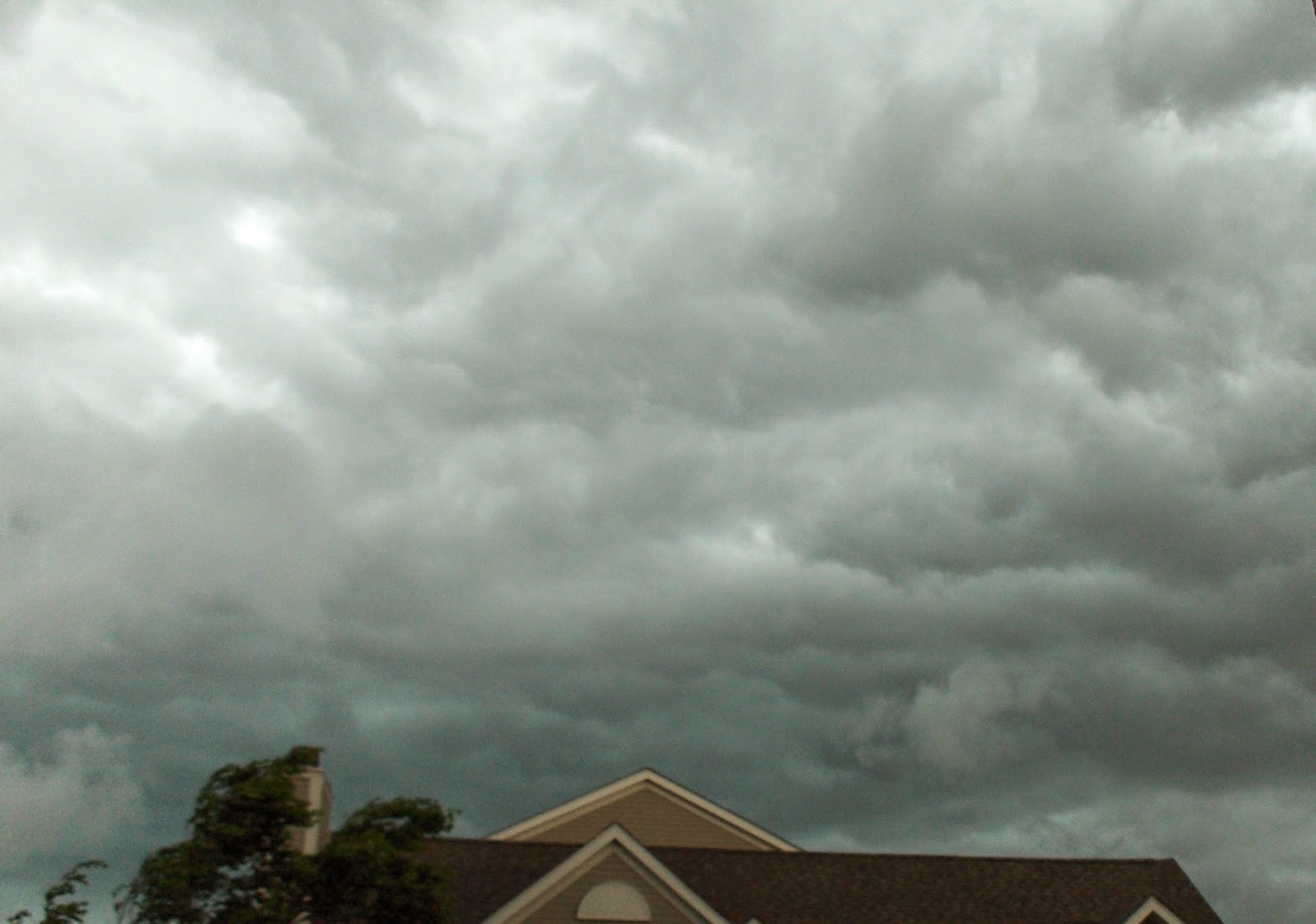 “That’s a great idea!” she exclaimed. “I am totally packing a bag like that when I get back inside!!”

The next day as I was unloading groceries from my car she excitedly came running over to tell me that she had packed her very own tornado bag.

“…and I put three cans of corn in there, a can opener, shelf stable meat, some bowls, plastic plates, spoons, paper towels, a few jugs of water, cups, …”

“WHAT!? Why did you pack yourself a BBQ?” I asked her, trying my best not to give her my “you did not just say that” face. 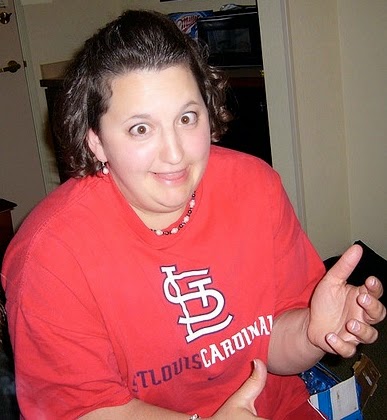 Still talking I went on to explain “I just packed a few snacks for in the event that we end up in a red cross tent, my kids probably won’t be able to eat anything they have available, and I’ll need to be able to tide them over until we get to our next stop.”

“Ohhhh…” she said slowly as I could visibly see the wheels in her head turning. “I thought the food was so that if the house fell on you, you wouldn’t starve to death under there.” 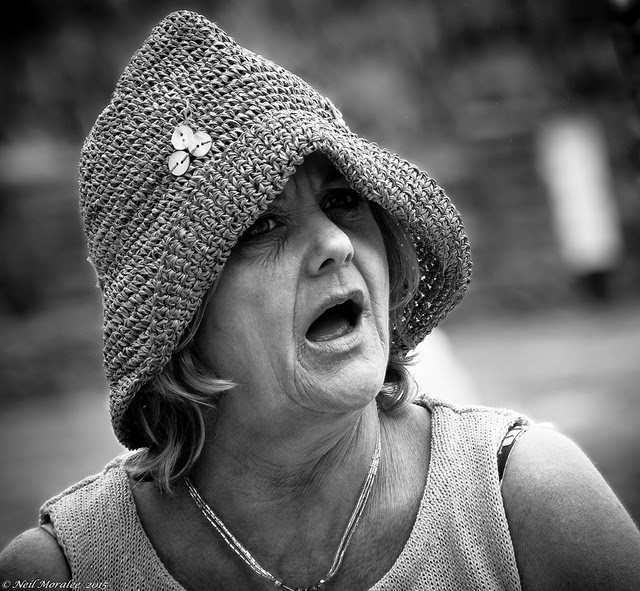 I AM NOT MAKING THIS UP.

“Hell no!” I practically shrieked. “If the house falls on me, I’m going to be spending my time blowing my safety whistle and digging myself out, not setting up for Memorial Day! If you have enough room to be opening cans and passing out meals, you probably have enough room to be constructing an escape plan. We don’t live in an apartment building where we have to make our way out from under 40 stories of debris. Hell we don’t even have basements, our escape plan starts at ground level.”

“Weeelllll” she said slowly. “I think I’ll just keep them in there anyways, you never know, we could be under a pile for days.” 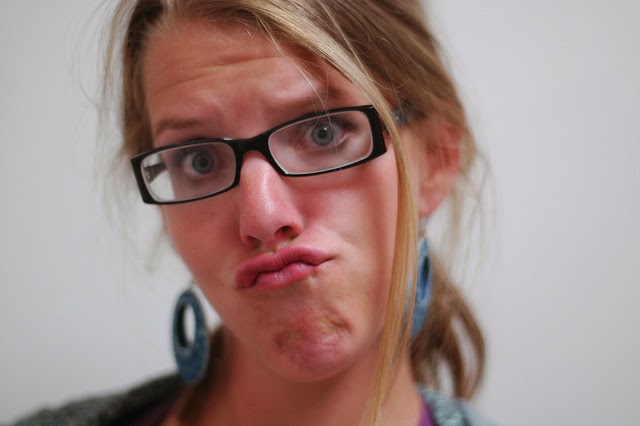 “Ok no problem” I told her. “But if the neighborhood blows away, I’m going to dig you out last because I know the only reason I can’t find you is simply because you are busy making dinner.”

She did not find that funny.

Although this woman is awesome in so many ways, I’m suddenly a bit frightened for her in the event of a crisis situation.

Also, with my luck not only will I lose my house, but I’ll be slammed in the face by a flying hamburger or a cake that is ripped out of her hands and catapulted in my direction as she watches the tornado approach.

I can see the news headline now:
“Woman survives tornado but loses eye due to neighbor’s hot dog turned projectile.”
After she finished telling me what else she had packed in her BBQ tornado preparedness bag, she asked me what I thought.

And really, what do you say to someone who has planned an under-the-house family picnic?

If You Liked This, Check Out These!

“You Will Never Guess What I Saw Today (And I’m Not Sure You Want To).”

“At Least It’s Not An Umbrella”

Is It Time To End This Thing?