Please Take All The Animals

So as I’ve said roughly 8.7 million times before, I live on the edge of nowhere. In fact even my neighborhood seems to be becoming part of the field these days, seeing as how every spring we become engulfed in corn husks that blow off the fields from last years harvest.

Excuse the poor quality, I was sitting in my car waiting for someone and didn’t bother to roll the window down when I snapped these pictures. 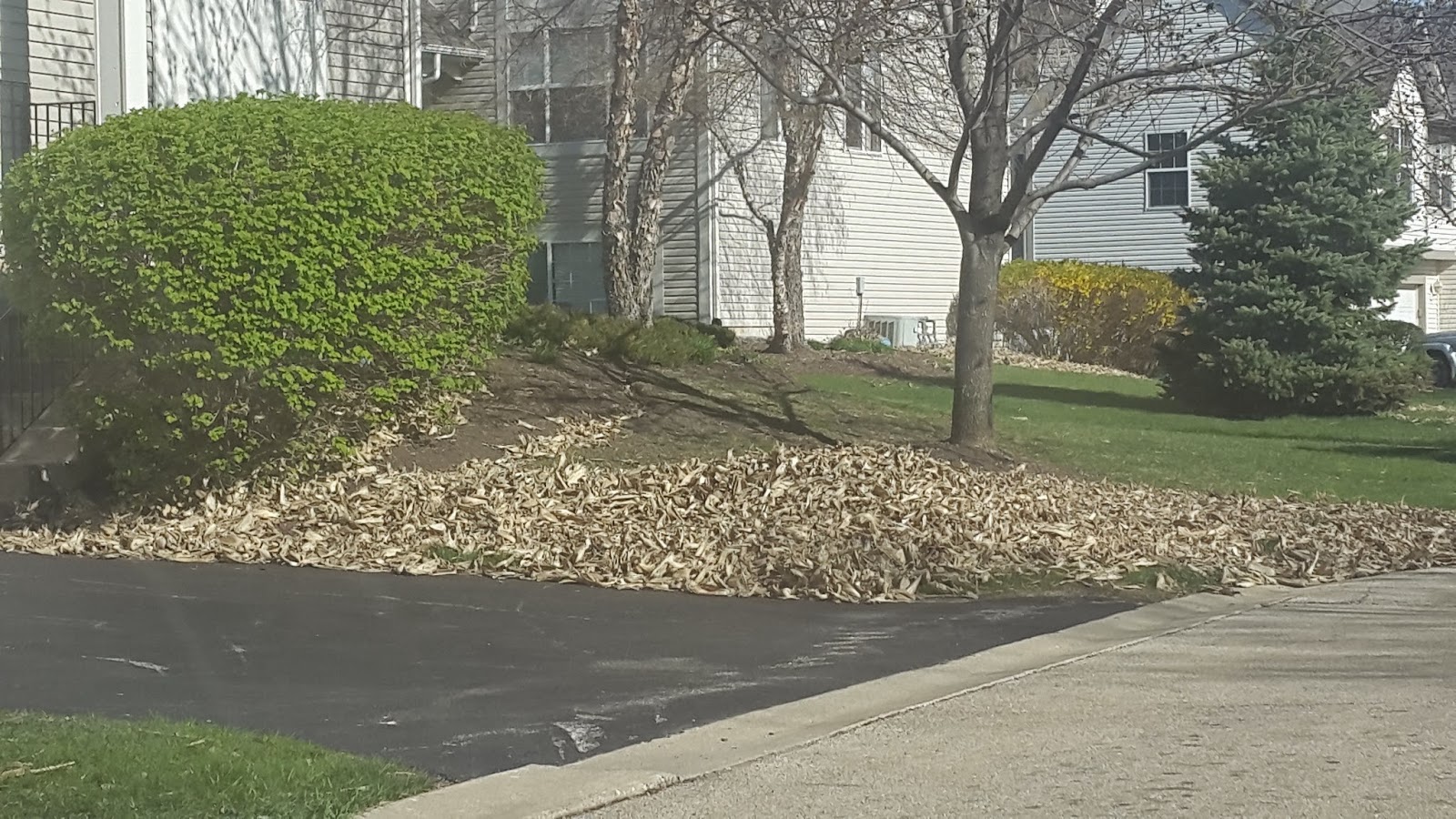 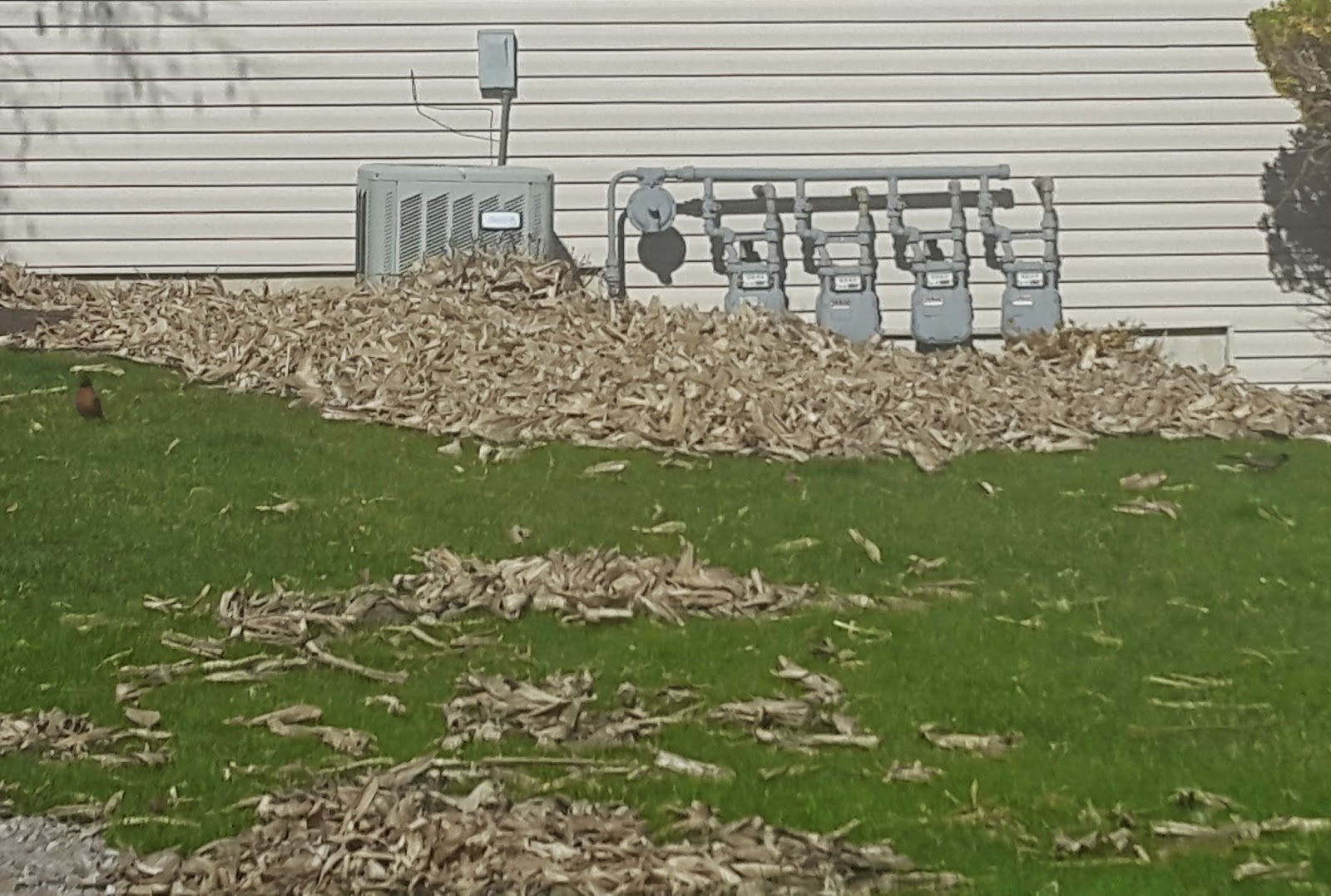 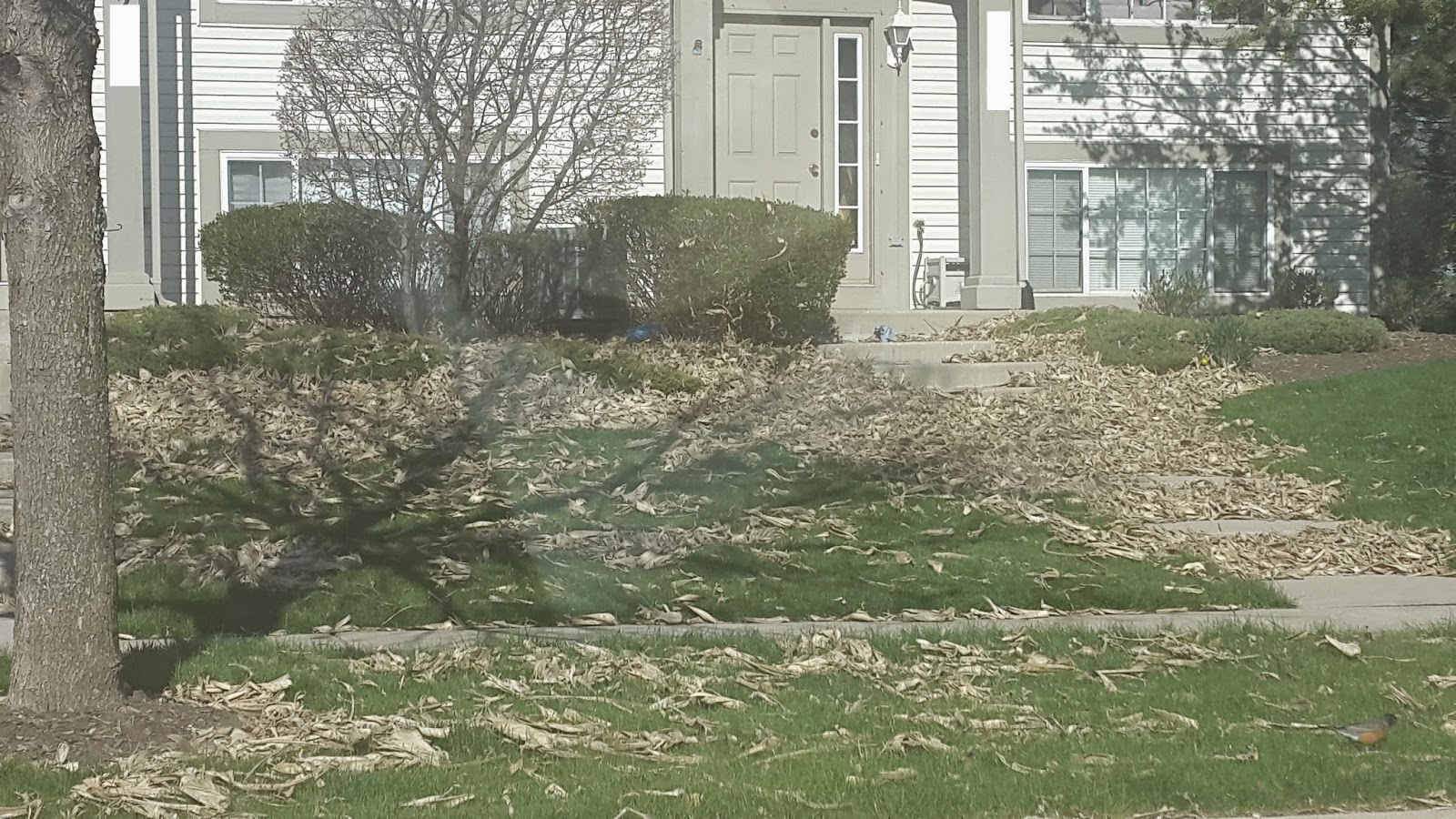 You guys, those are corn husks. Piles and piles of corn husks that blow onto my street from the fields and set up camp. 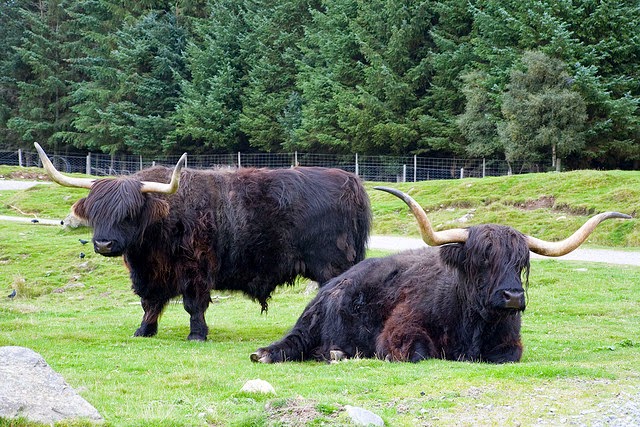 I honestly didn’t even know there was such a thing as a yak farm, but apparently there is, and it’s right by my house, which is another thing I don’t understand.

I have absolutely no idea what anyone would need a yak for, especially in my state. Seriously, I’m asking, what do you do with a yak? They honestly look a bit frightening to me. I’ve never heard of anyone eating yak before, so maybe you do something with their hair? Is it even called hair? Fur?

Looks to long to be called fur.

What the hell do you do with a yak?

(Note to self: add “what is a yak used for” to my “things I must Google” list)

Either way, the yak farm shares a lot line with a Christmas tree farm and beyond that, even more farms. The first time my brother tried to come over to my house, I got a phone call from him saying “I think I must have passed it. I’ve been driving for 45 minutes and all I see are 3 buffalo.”

In case you were unaware though, there are the obvious perks to living in “the country,” like the fact that because I am zoned as a rural area, my mailman carries a supply of stamps with him. I mean how awesome is that!? Do you even have that service in your fancy schmancy urban cities?

If I should ever find myself unwilling to trek the 3 minutes to the post office, I, in my rural area of corn husks and yak, have the luxury of curbside stamp delivery, and I don’t even have to pre-order them! 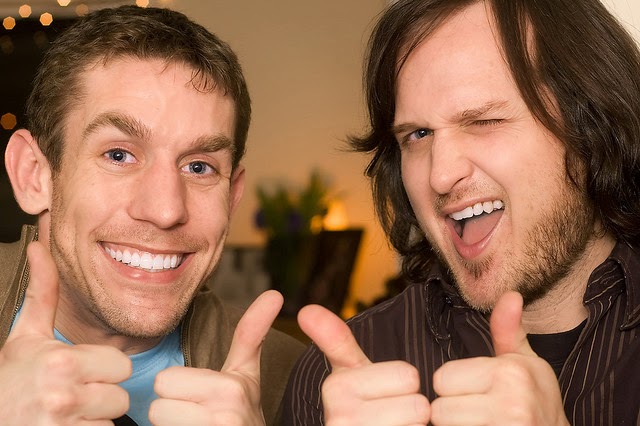 And of course the taxes are relatively low which is AH-MAY-ZING, even if that means there is no funding for a sewer system and when it rains too much the police have to boat us out of the neighborhood… but still…money saver…

(At least my house is on a hill so the flooding annoys me but doesn’t really affect me, even if I sometimes can’t get out…). 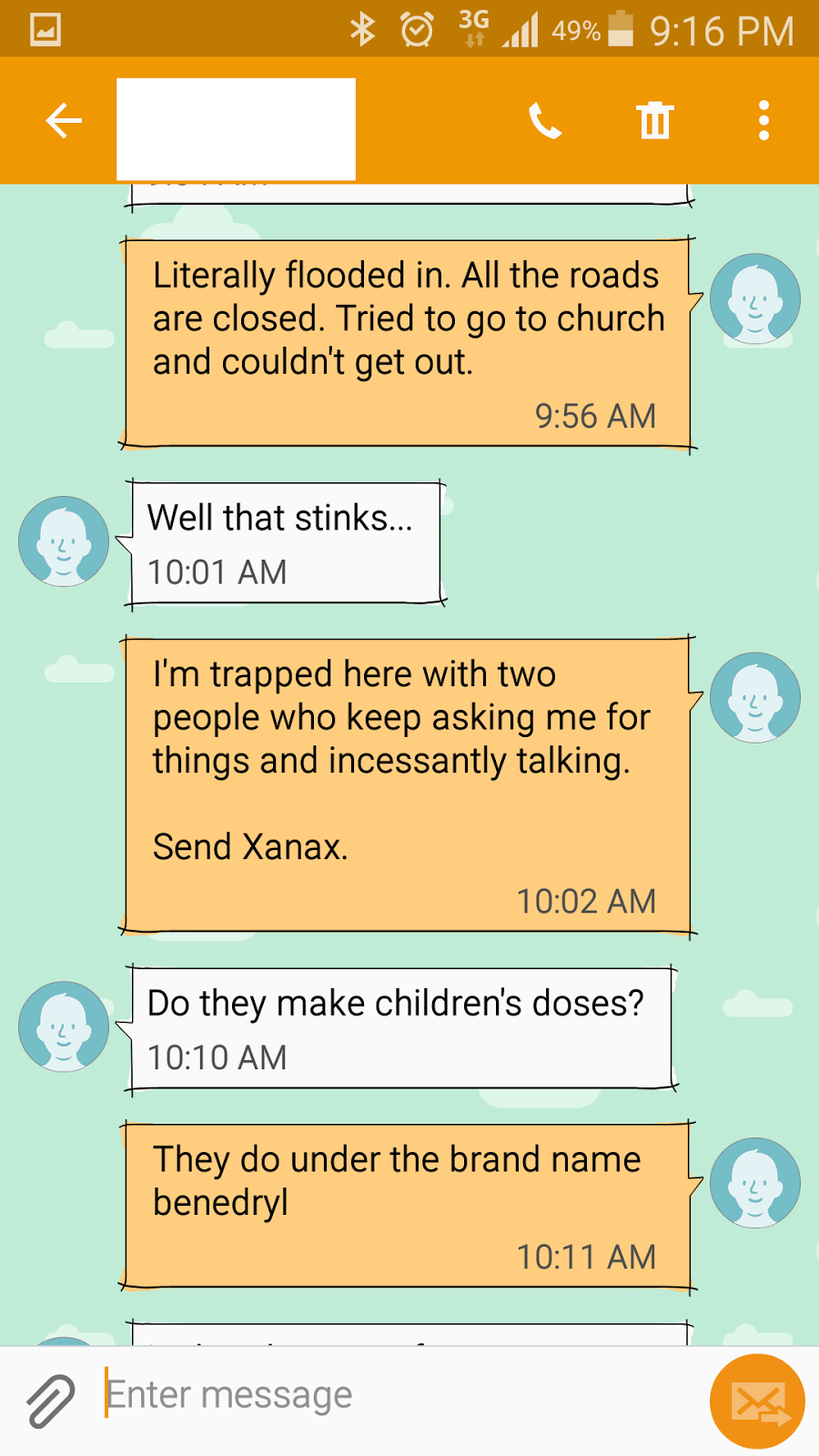 So really, free boat rides, forced quality time with your annoying inquisitive children, and curbside delivered stamps, what more could you want?
What is that? You say that isn’t enough to sway you?

What if I told you that by living here you could have your very own up close and personal animal encounter?

The birds make their nests in any available space they can find, so really, they are EVERYWHERE, which you know…yay. Try getting your mail during hatching season and you might literally need a helmet to avoid having some homronal momma bird dive-bomb a hole through your head, but, if you like action, this is the place to be! 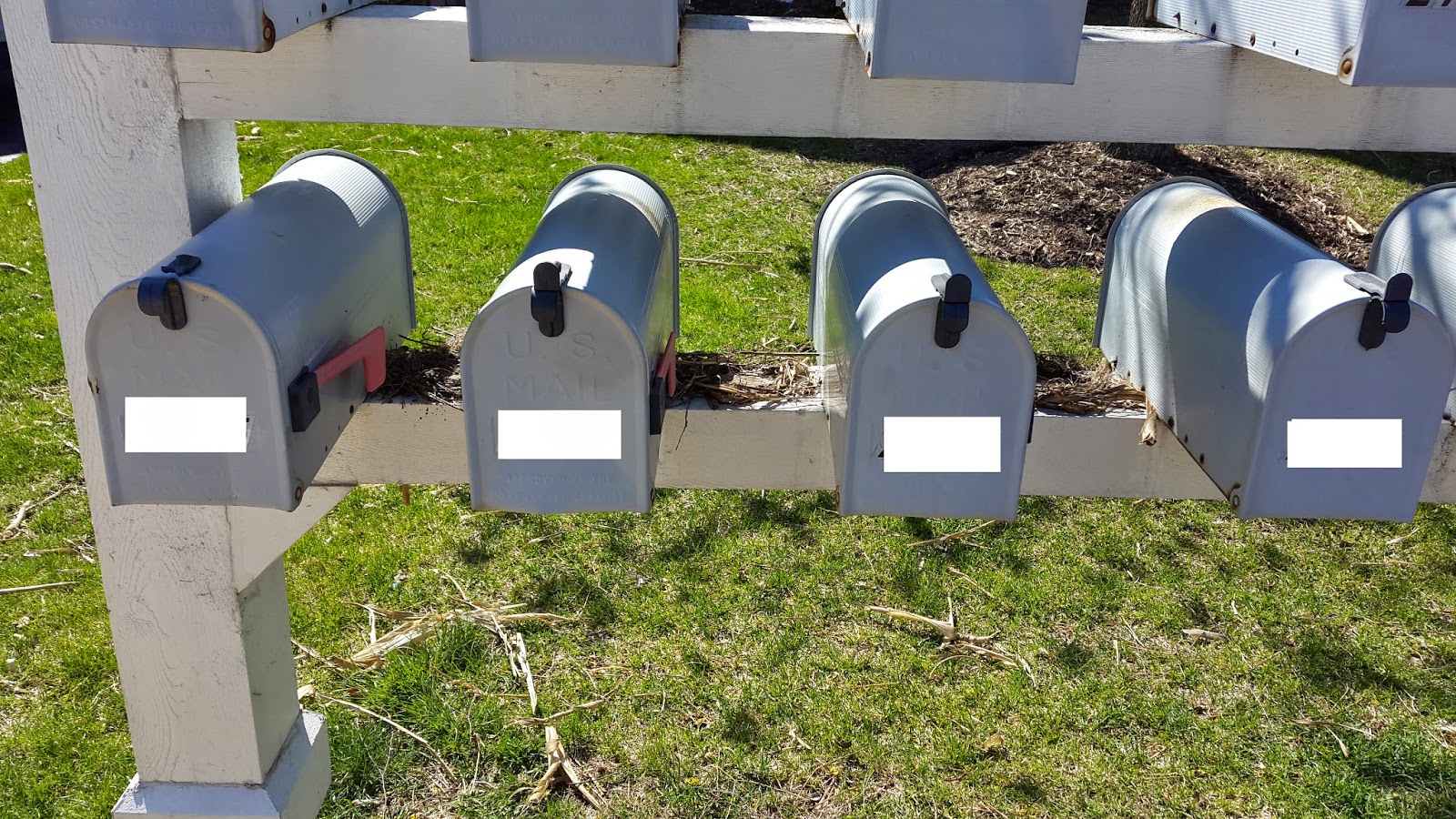 Notice the nests in between each mailbox
Birds not what you had in mind? What if I told you that you would have the opportunity to interact with wildlife in a way that city folk just don’t get to? Have you ever heard a coyote mate? It sounds pretty much exactly like what I would expect a dying dolphin to sound like.

Just ponder that for a minute. 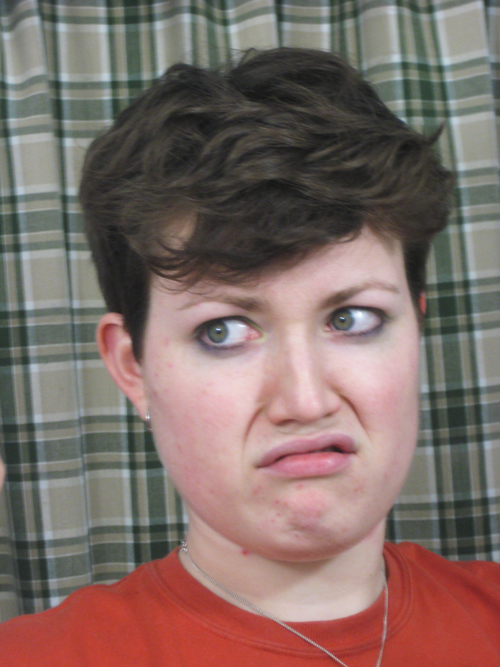 If you’d like to hear that in real life, come on over next spring and when they wake us up in the middle of the night, I will show you how to open – then immediately slam – the front door hard enough to scare them away (because simply pounding on the windows doesn’t work, I’ve tried).

If that’s not immersive enough for you, have you ever gotten an urgent reverse 911 call from your town saying that they had three reports of coyotes attacking people walking dogs, and that there had been four reports of hawks stealing any leftover small dogs right out of their very own backyards?
I have. 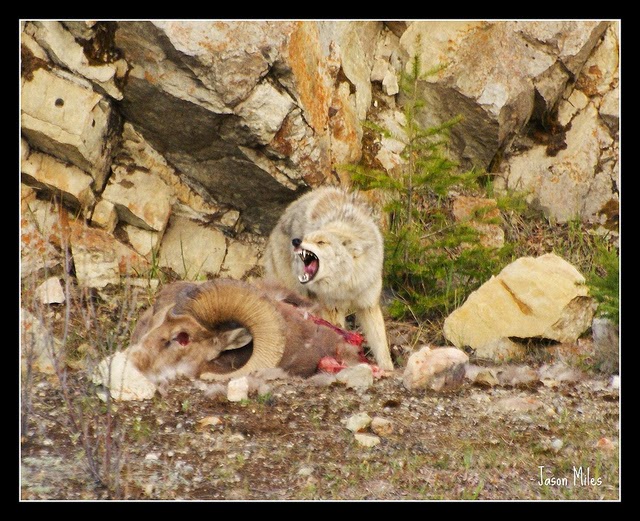 I could always forward you the message if you like scary things.

Am I not swaying you yet?

Try driving down some of these country roads when the corn is five feet high and tell me you don’t scream your ever-living lungs out when a deer (or a turkey) leaps from the corn and lands directly in front of your car.

Nothing to shake up your day like encountering a suicidal deer. 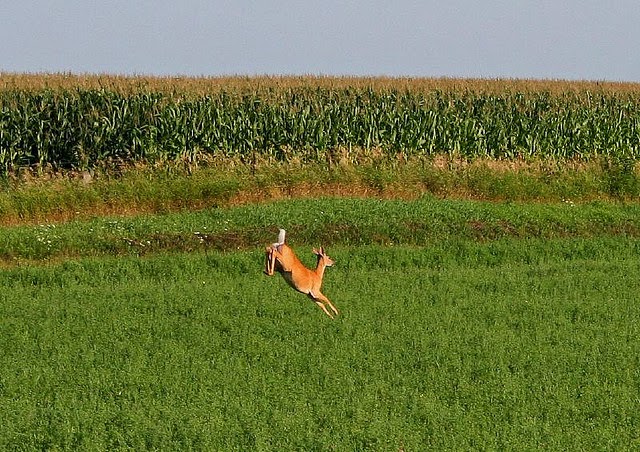 Jokes aside though, two years ago a man was killed just up the street from me when he drove into a bull that was standing in the middle of the road. There are no street lights on most of these roads and it gets so dark out here that you can’t even see a bull standing in the road.

But really, the animals are great, I love them!

Except for all the times that I don’t.

I don’t currently love the owl that took up residence in the tree outside my window, just as he has every spring for the last several years, where he then stays through the summer.

Seriously, how long do these things live for anyways? I really hope that this branch of his is not some kind of estate that’s being passed down from owl generation to owl generation because this is like having my own personal freaking deranged rooster that starts hooting its stupid owl face off as soon as the first ray of light breaks through the horizon.

Basically what I’m saying is that if you live in my neighborhood you will be blessed with the joyous site of one Ms. Eden Strong, outside at 5am, in her pajamas, throwing rocks at a tree. Do you have any idea of how loud owls really are?

I HATE THAT OWL.

**I don’t want to kill it, or even injure it, I just strongly want to encourage it to re home itself.**

“So what is this post all about?” you ask.

Really, rural living is great, come over, want to buy my house?

Comes with a free owl.

P.S. if any of you are owl hunters or trappers or re homers, I may be willing to break my identity cover if you want to lend me your services. 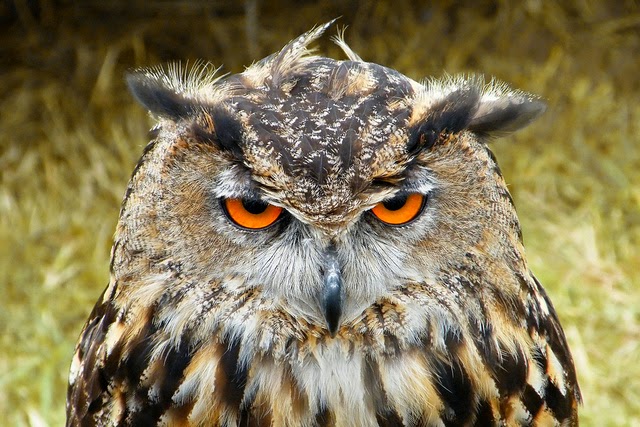 P.S.S Canada, please come get your geese, we here in America are completely overstocked.

If You Liked This Article, Read This One!

“I Could Have Been Eaten By A Wolf”

Give The World A Reason

And This Is What Has Kept Us Busy