…And Then A Squirrel Pooped On My Face 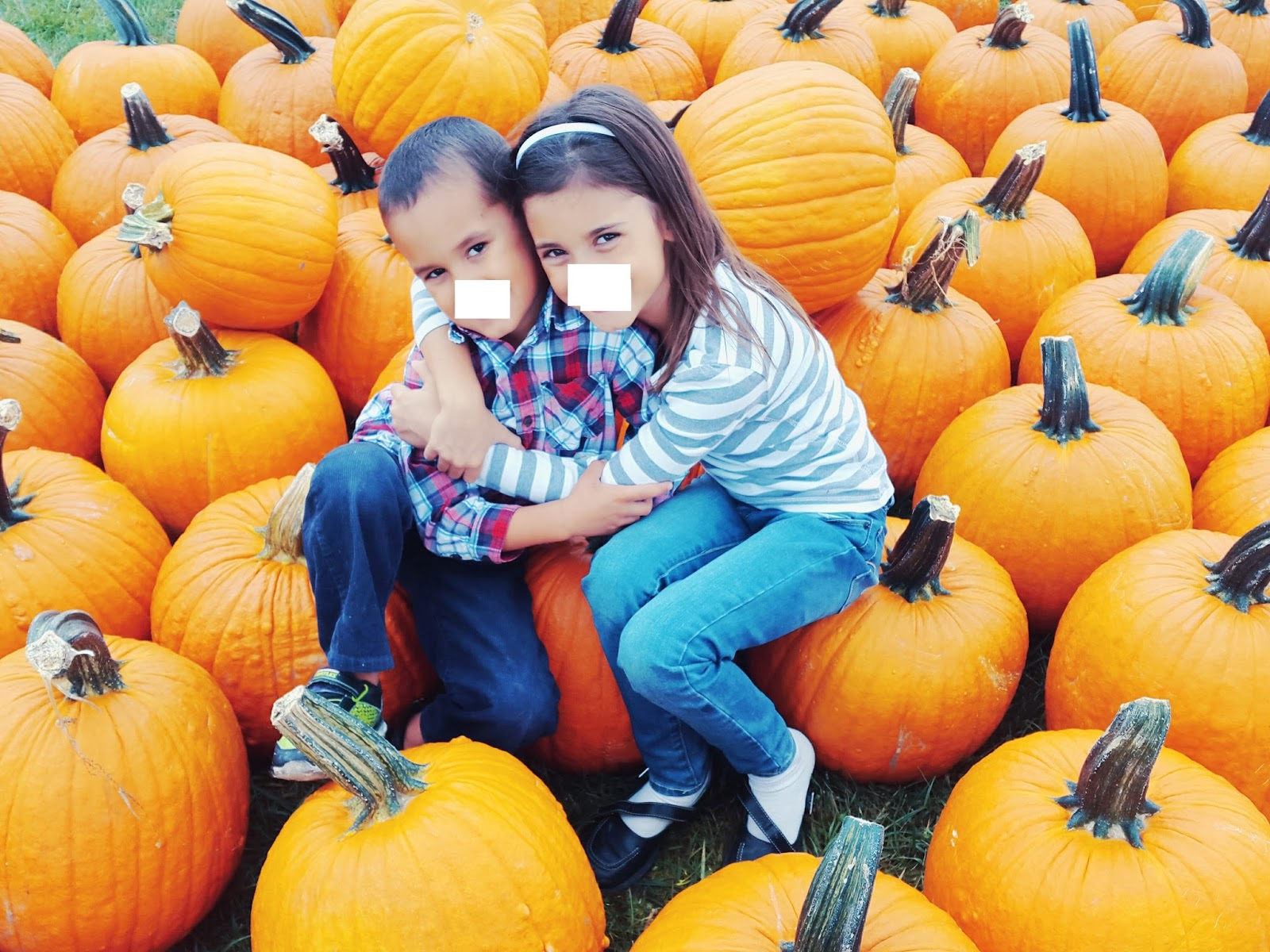 I’m not sure how many of you were around a few years ago, but back in 2014 I shared my horrific ridiculous tale of attempting to visit several pumpkin farms, with the goal of snapping the perfect fall photo of my kids.

But if you do remember, it didn’t go well.

Unless of course by “going well,” you mean needing to pry a bee out of the Platonic Husband’s hair with a stick, nearly being run over by a horse, the kids falling into a burr bush, possible poison ivy, and a corn maze that involved a near rescue effort and the abandonment of clothing.

I lean towards the understanding that when you consider all of that, it means that it did not go well.

But two years later, the insanity crisp fall air began to set in and I had mostly forgotten about that near death experience adventure filled trip to the pumpkin farm, and I had a thought that sounded something like this: “Hey, wouldn’t it be great to get some fall pictures of the kids at a pumpkin farm?”

And thus I found myself trekking out to the pumpkin farm with my Platonic Hubby, (and her hubby, and my guy, and all our kids) so that we could take the world’s most adorable pictures of our kids.

Cuz we had big dreams y’all! 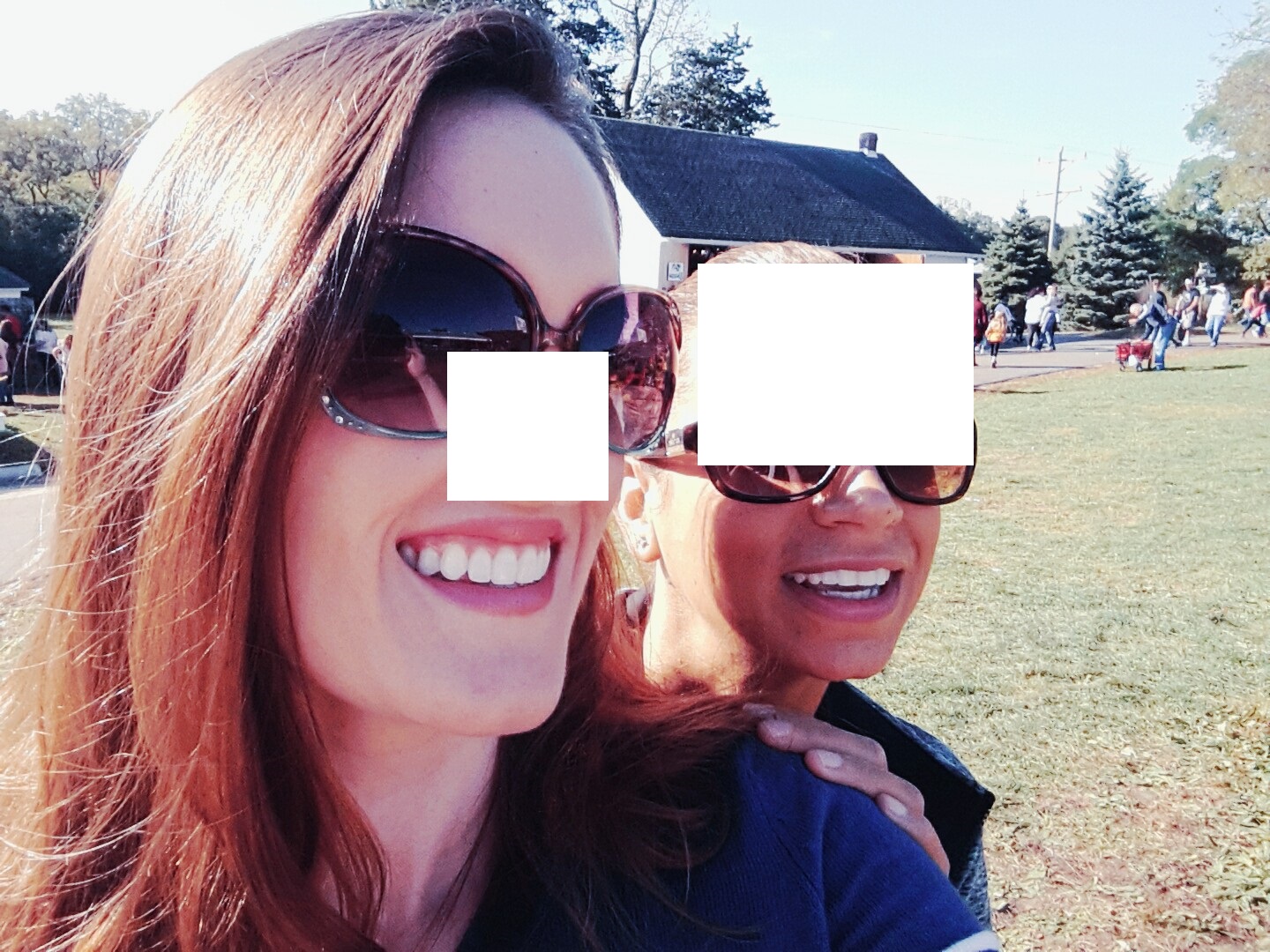 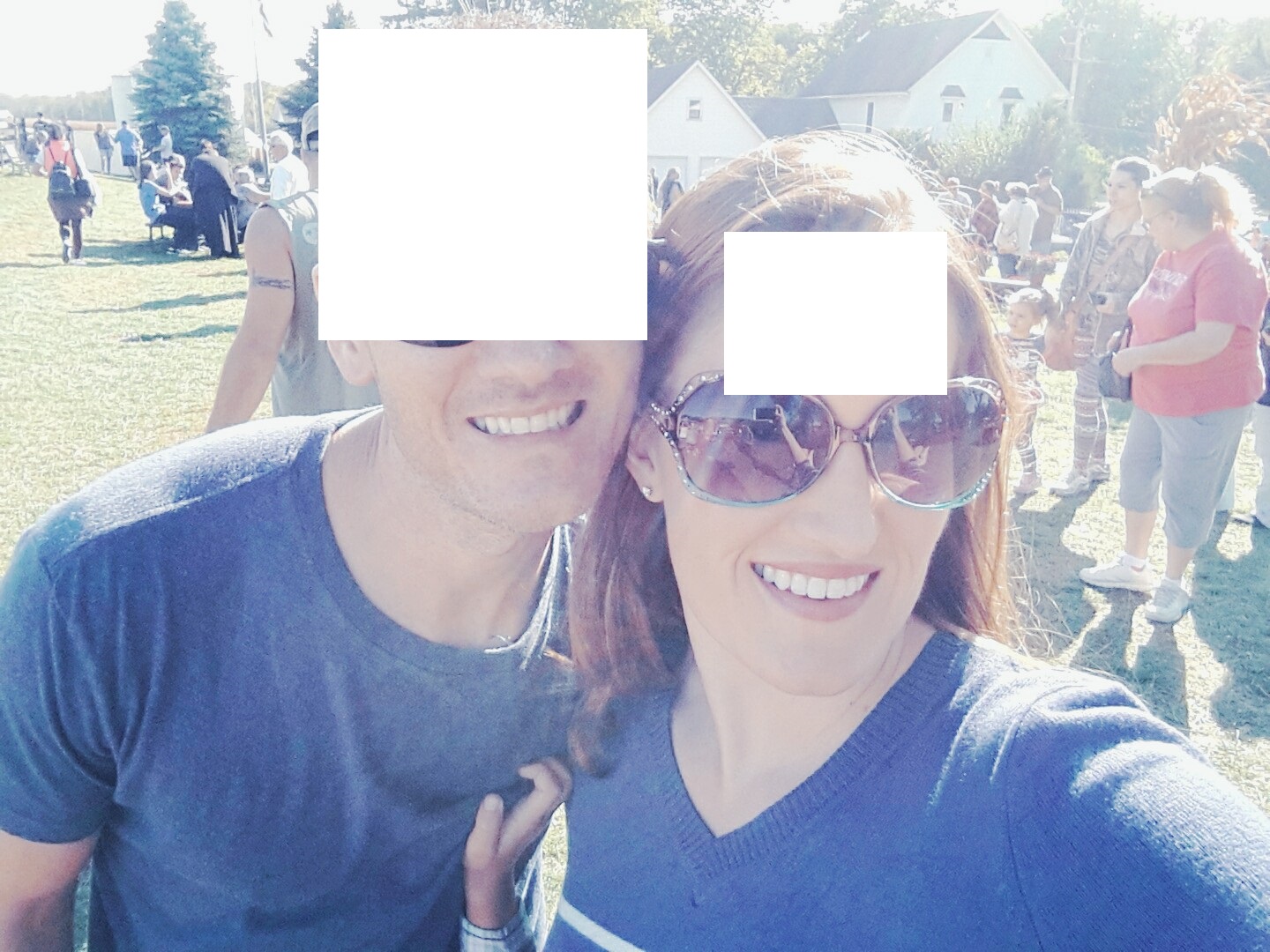 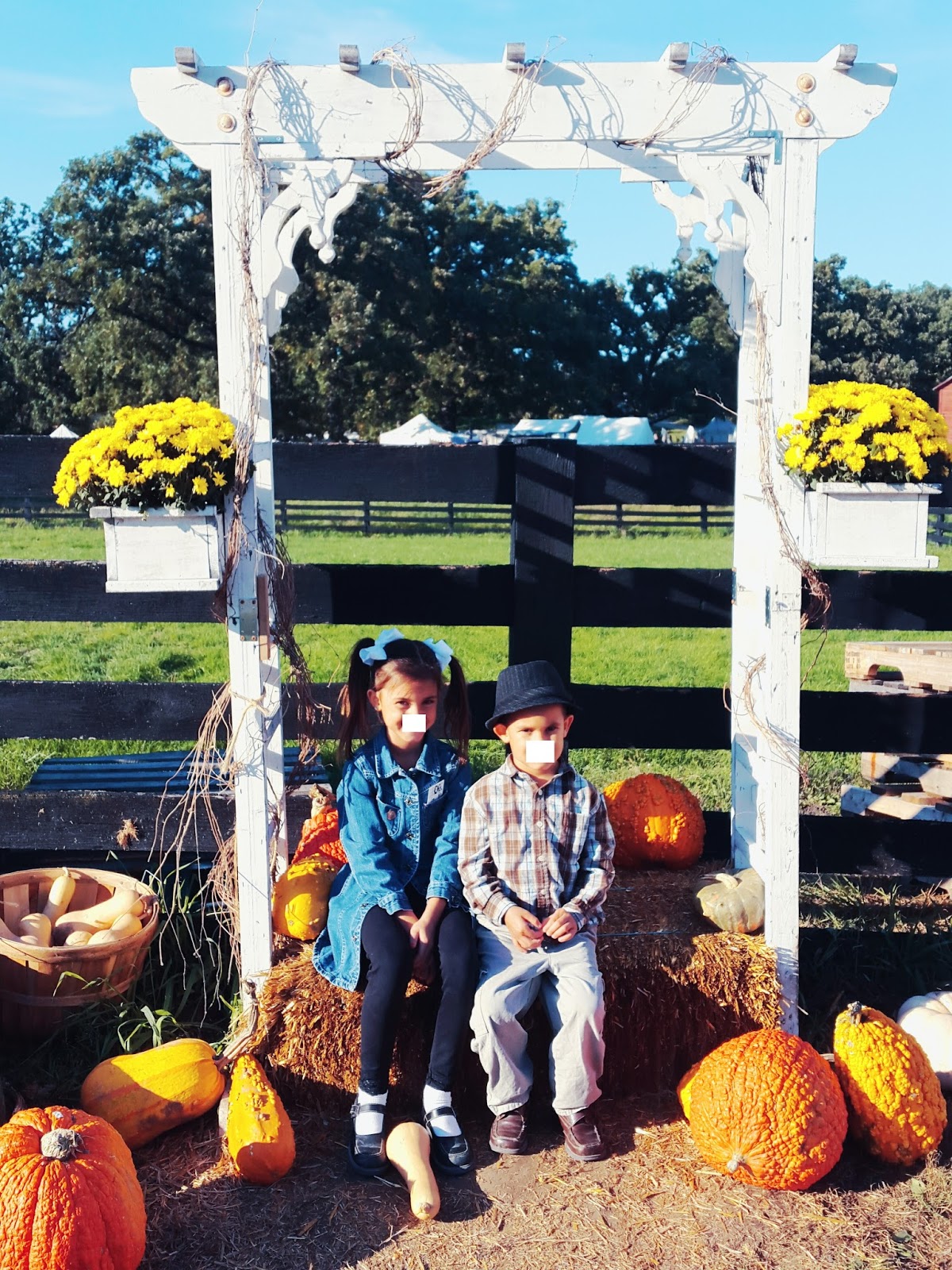 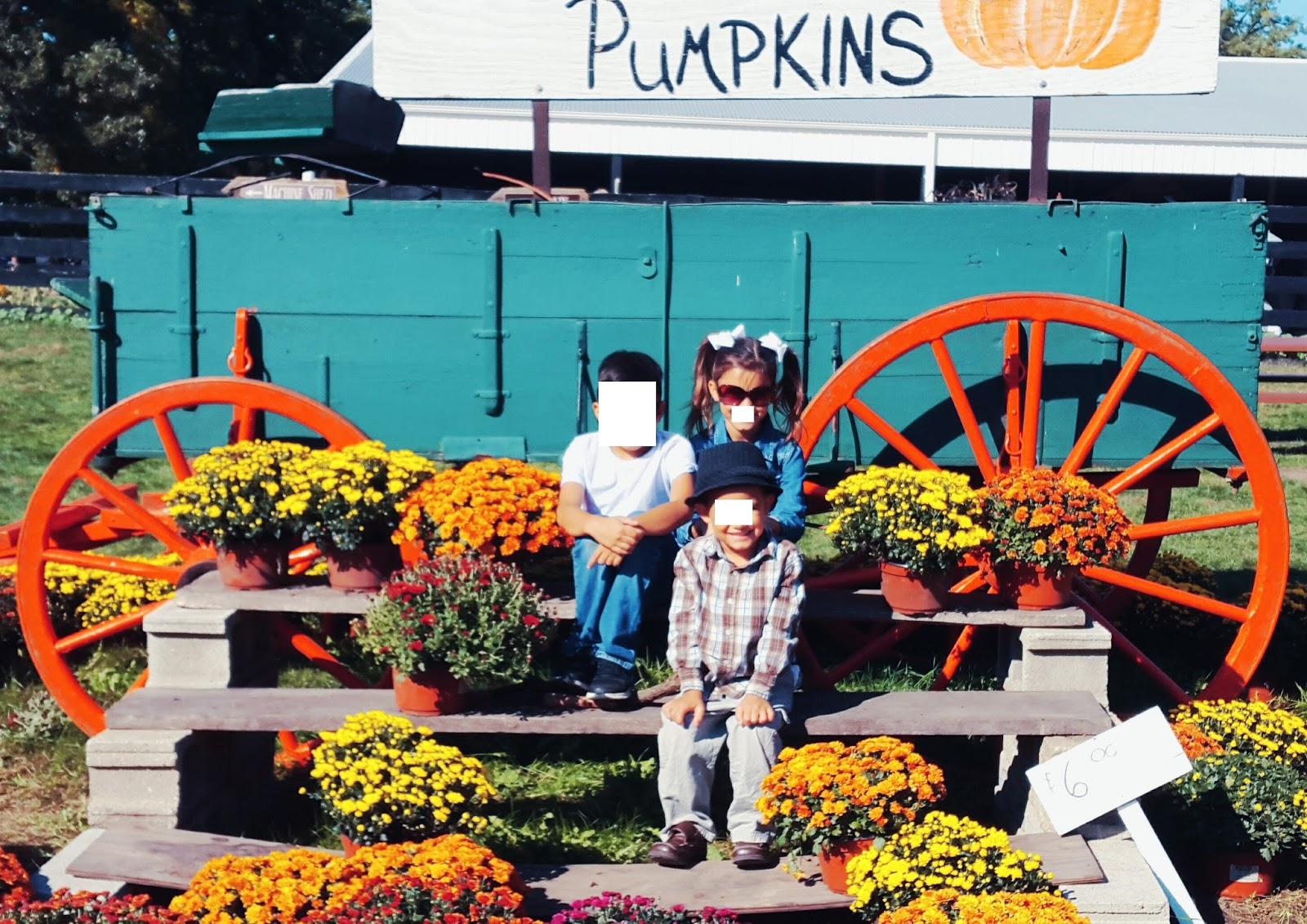 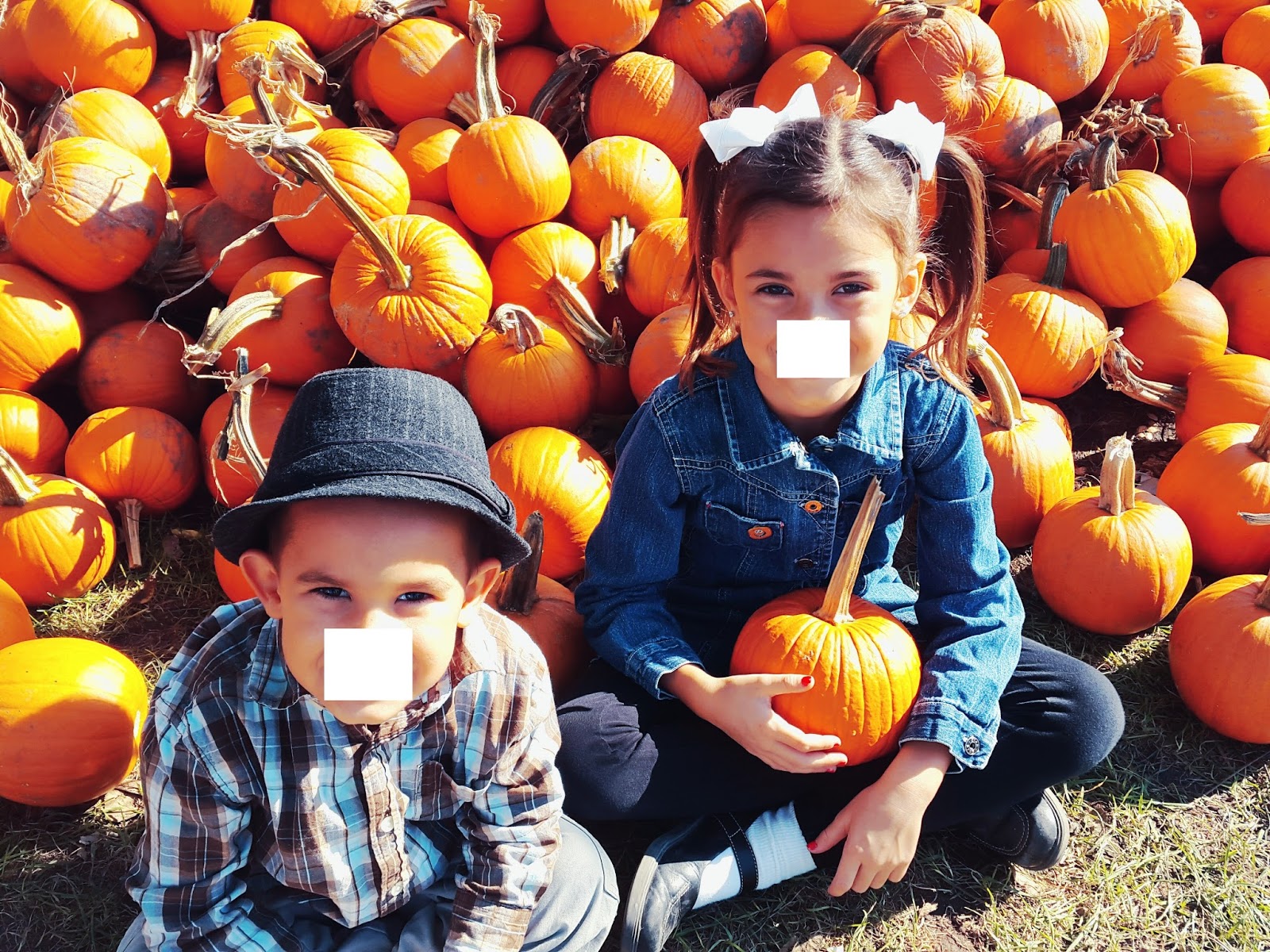 And then when we got there, BONUS, it was a civil war reenactment weekend! 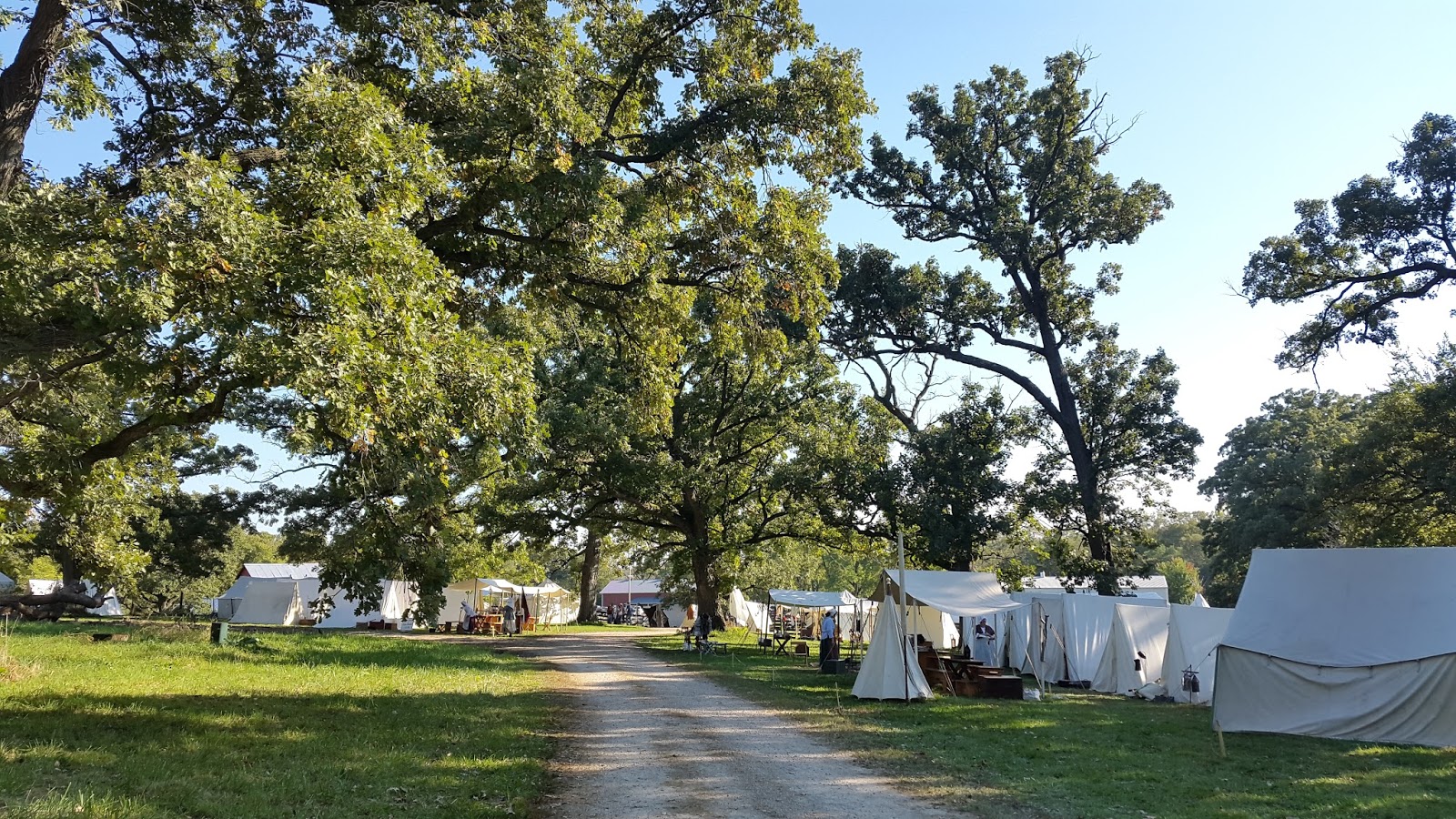 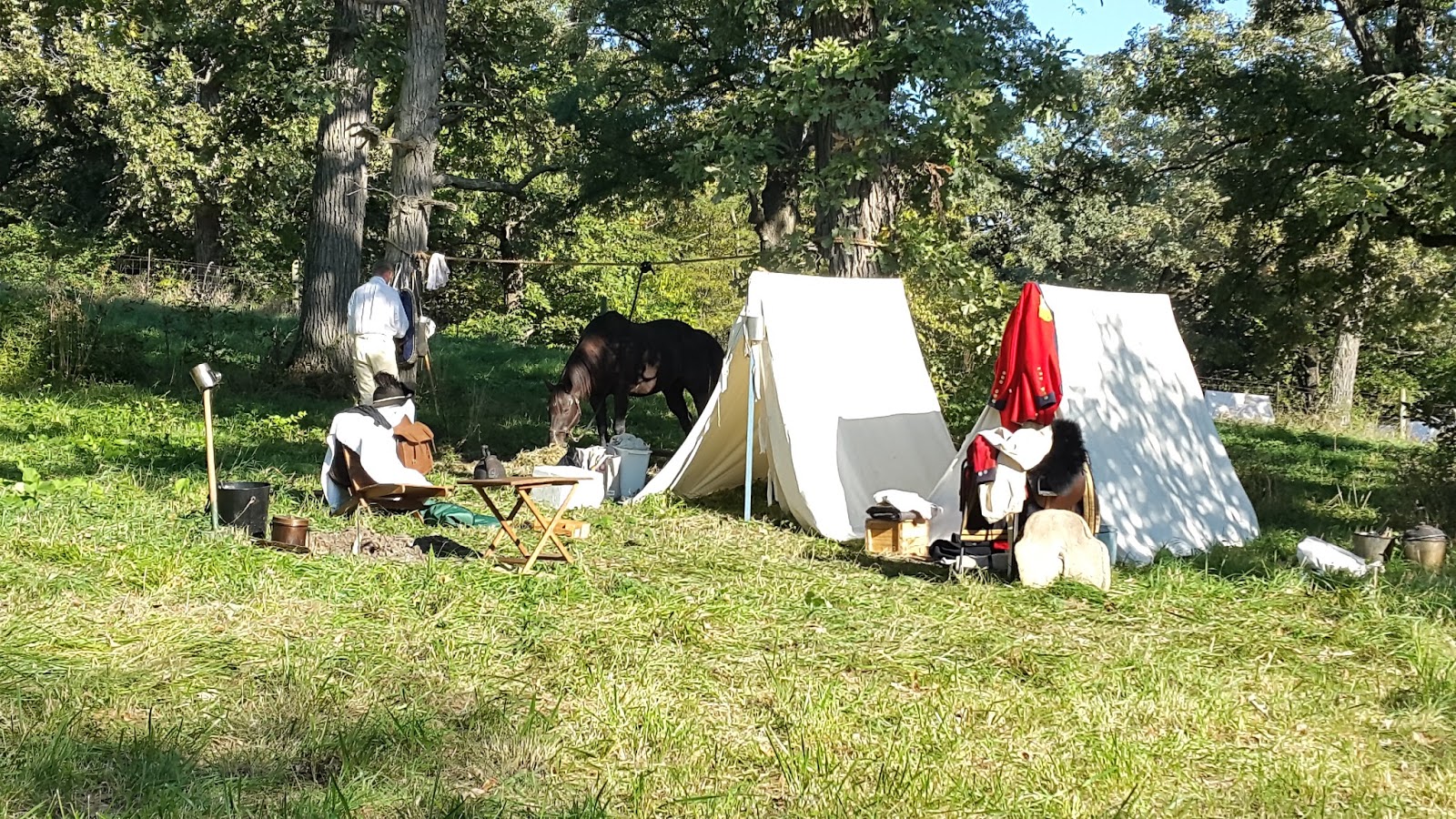 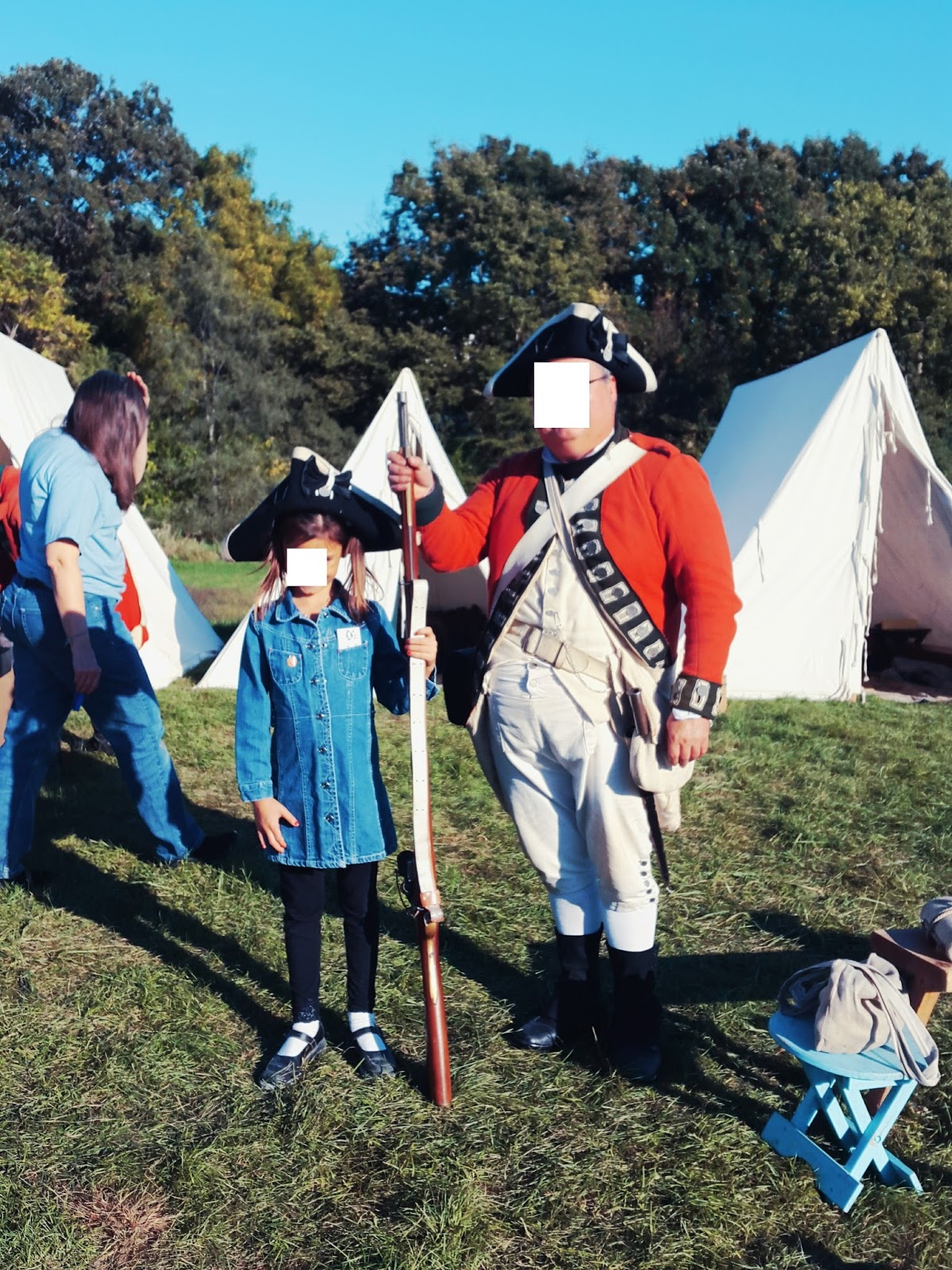 So there we were, working very hard to take some National-Geographic-meets-Glamour-Magazine worthy photos that I was going to post for all of you to ooo and aaahhh over… but then we noticed some farm animals…. and because we are us, why not take a selfie with a sheep?

Well allow me to answer that question for you: You might get a little too close to the sheep, it might lick your face, you might scream, and it may panic and nearly jump out of it’s enclosure with an impressive six foot leap that makes me think its father may have been a one night stand, out-of- town-but-just-here-for-one-night on business, reindeer on Christmas Eve.

But really, that happened. I kid you not, The Platonic Hubby and I were squishing in with this what I now know to be an Olympian sheep, and while I am intently focusing on getting all three of us into the photo, I CLEARLY wasn’t paying enough attention to the fact that this thing was getting a little too close, even for my selfie camera comfort.

He then licked my face.

I screamed, the sheep took flight, people around me screamed, and then The Platonic Hubby and I died laughing.

After that, we made sure that all of our animal selfies were done from a safe distance. 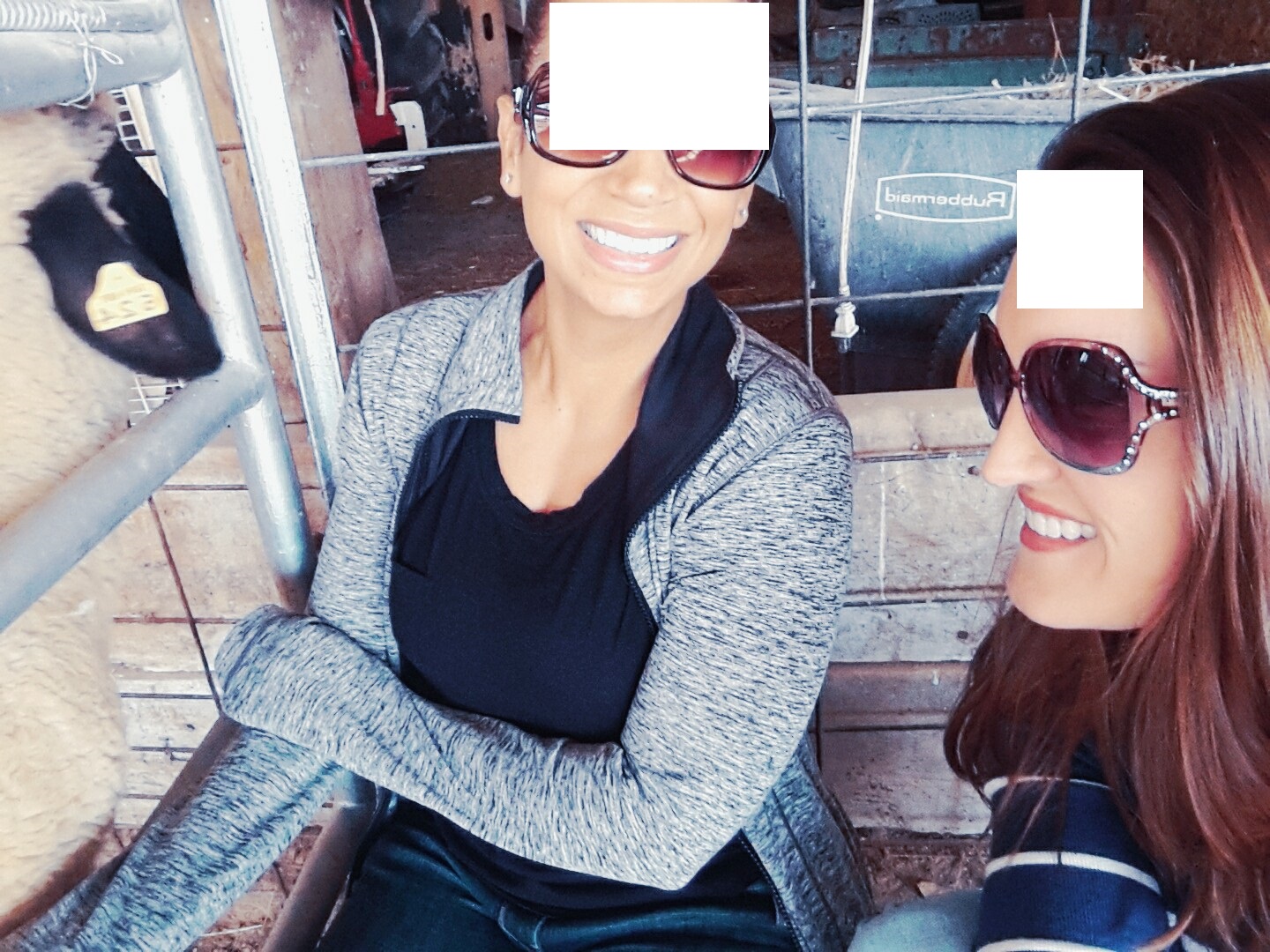 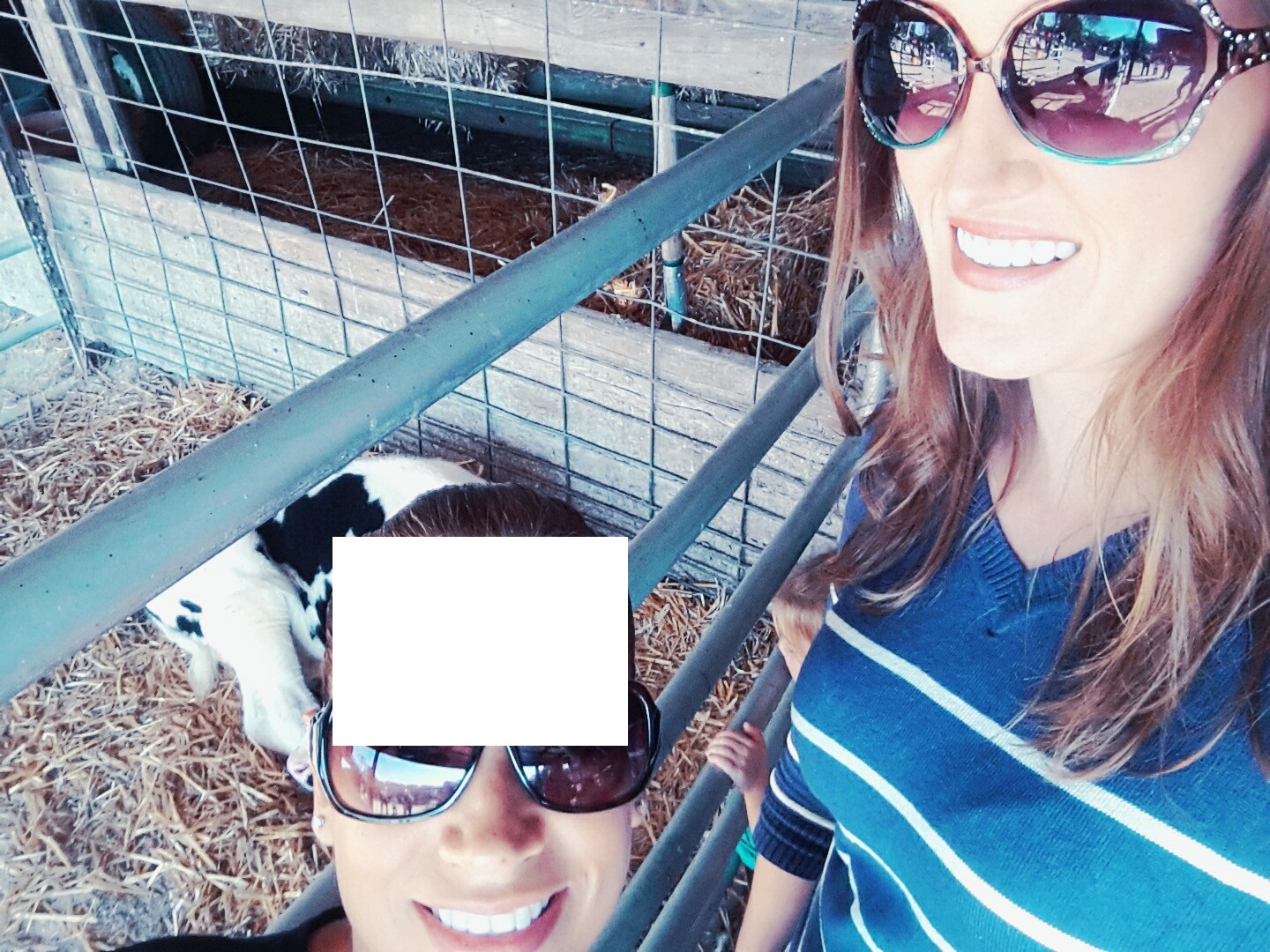 When all the animals were seen and photographed, we wandered over to the Civil War days where I kept asking all the re-enactors every question that our group wanted to know but was too shy to ask. And while we listened in horror marveled at their stories of camping out for several days straight, in fully authentic time period clothing, without showers, while cooking in a historic kettle over a campfire, we noticed one particular campsite that put the rest to shame.

“Eden! Platonic Hubby!” says my Platonic Hubby’s real hubby. “That tent has an entire four poster bed in it! They even have a dining room table and a spinning wheel!”

“I guess they don’t like to pack light” comments my Platonic Hubby.

“Of course not,” I say, “clearly these people are glamping. Why camp when you can glamp?”

They both looked at me in confusion, and after I finished explaining what glamping (glamorous camping) was, my Platonic Hubby’s Husband insisted that I take a picture of the prehistoric glampors.

But I never got that picture, because just then, a squirrel pooped on my head. 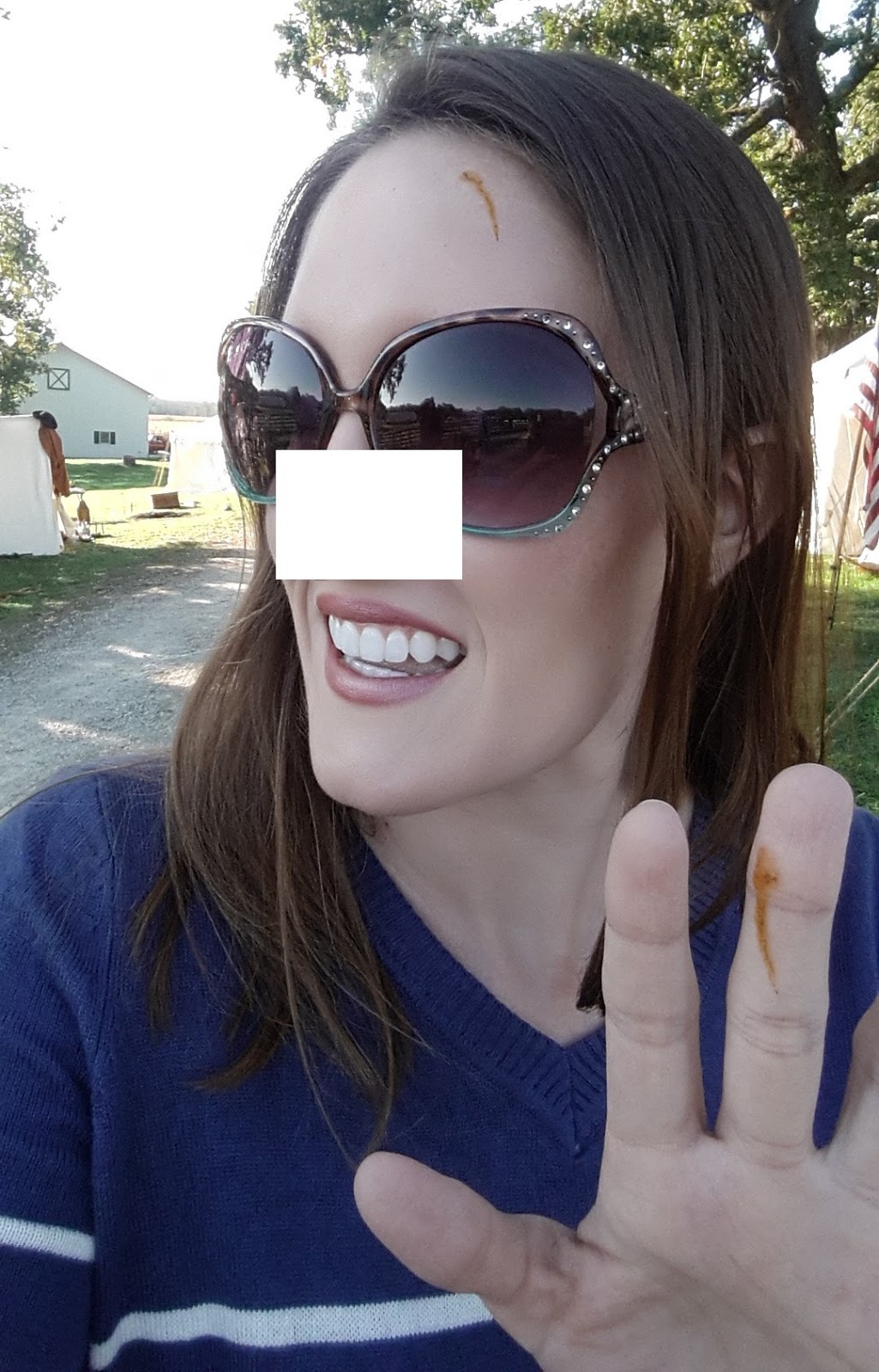 BECA– USE WHY NOT.

I mean really, this is why I don’t like camping. I can’t even walk past a campsite without having nature shit on me.

After giving myself a shower in fruit scented hand sanitizer, and at the same time trying to calm a panicked Boy Child who saw an army of war reenactors marching down the path and became terrified that “pirates” were coming, I remembered why Pumpkin Farms and me don’t mix. 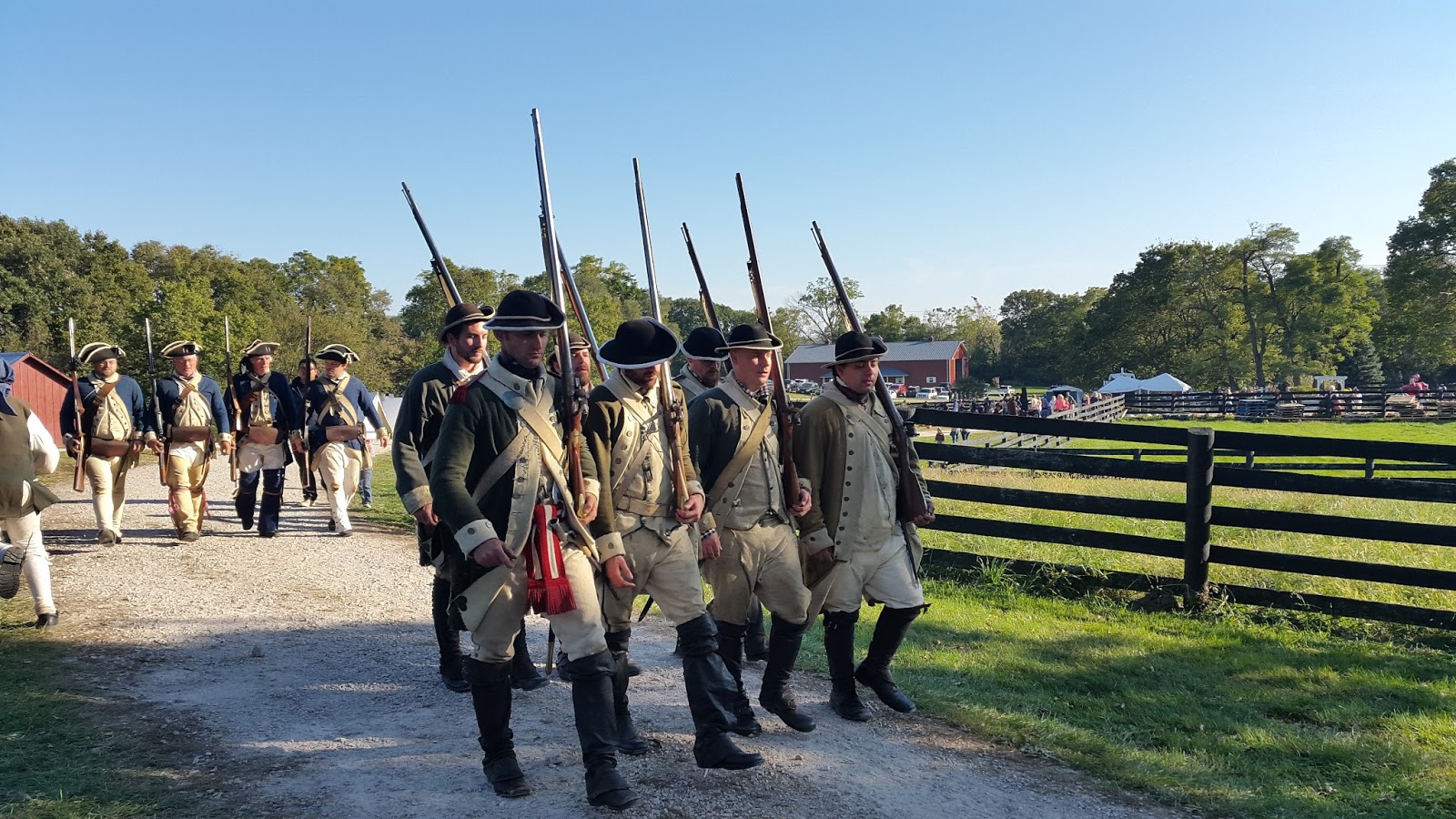 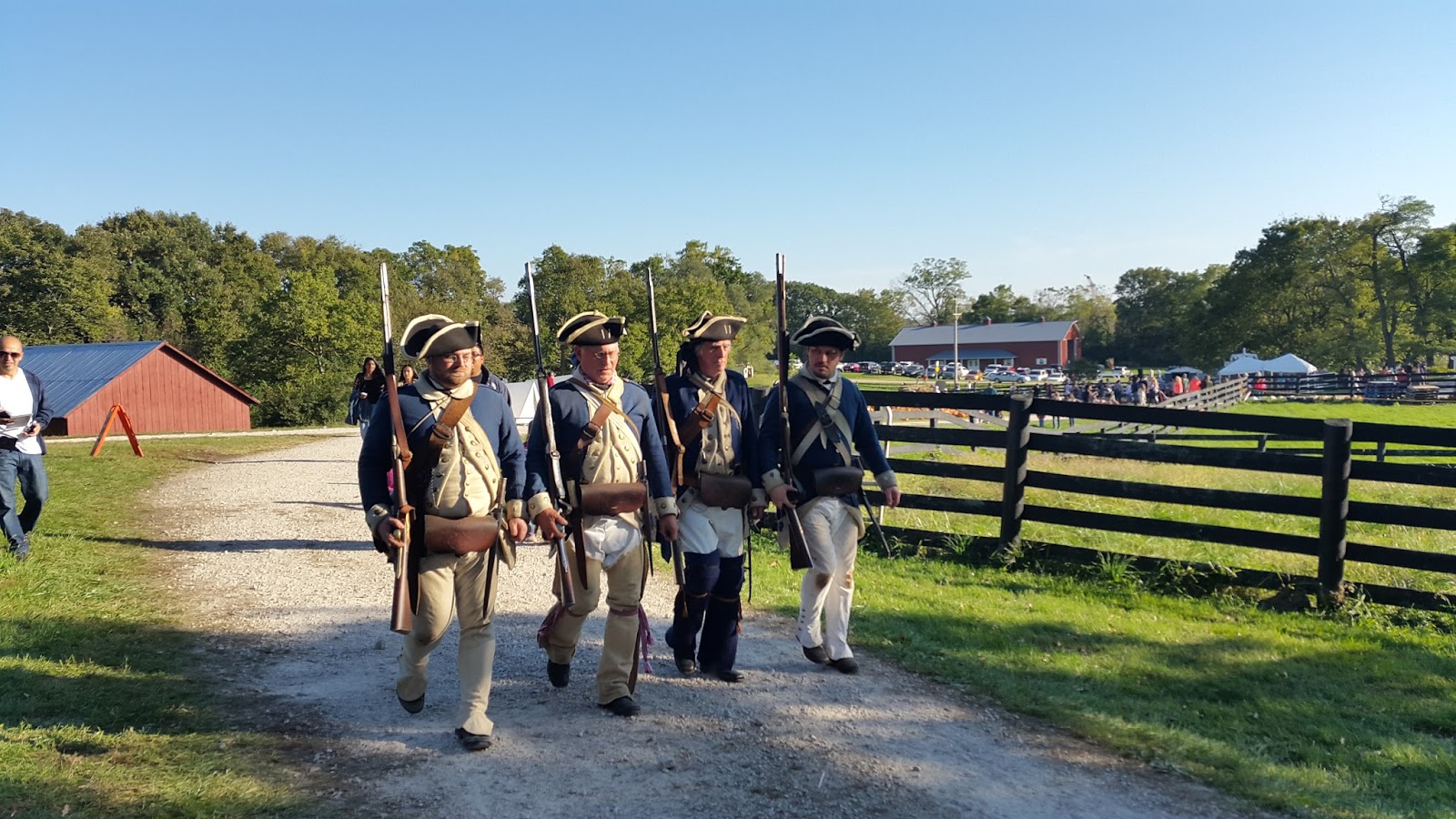 Because sometimes you go there, a sheep licks your eyeballs, your kid freaks out that “pirates” are invading, and a squirrel shits on your face.

After that, The Platonic Hubby and I took a few photos of our own, and I raced home to take a shower and eat a pound of candy. 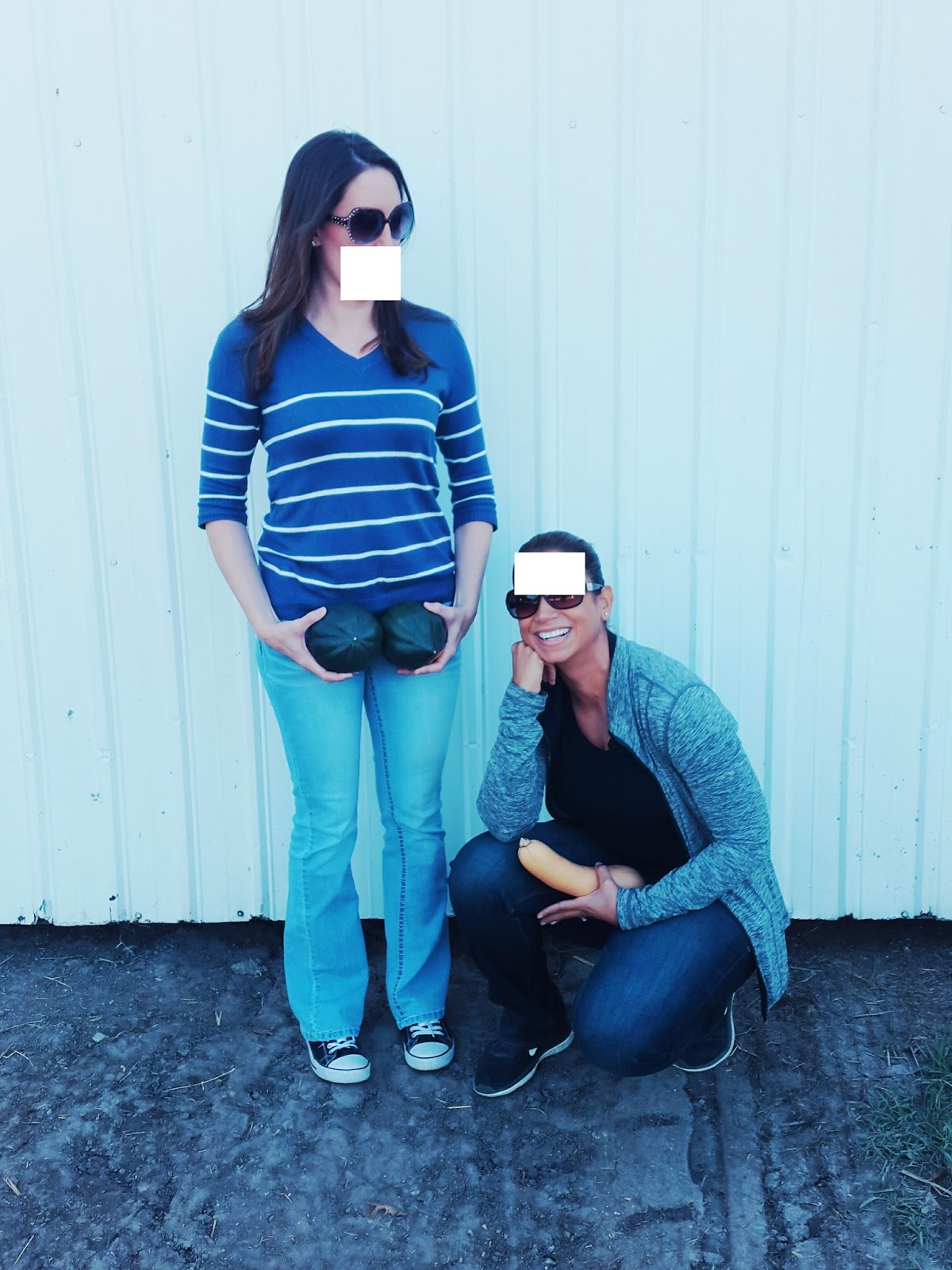 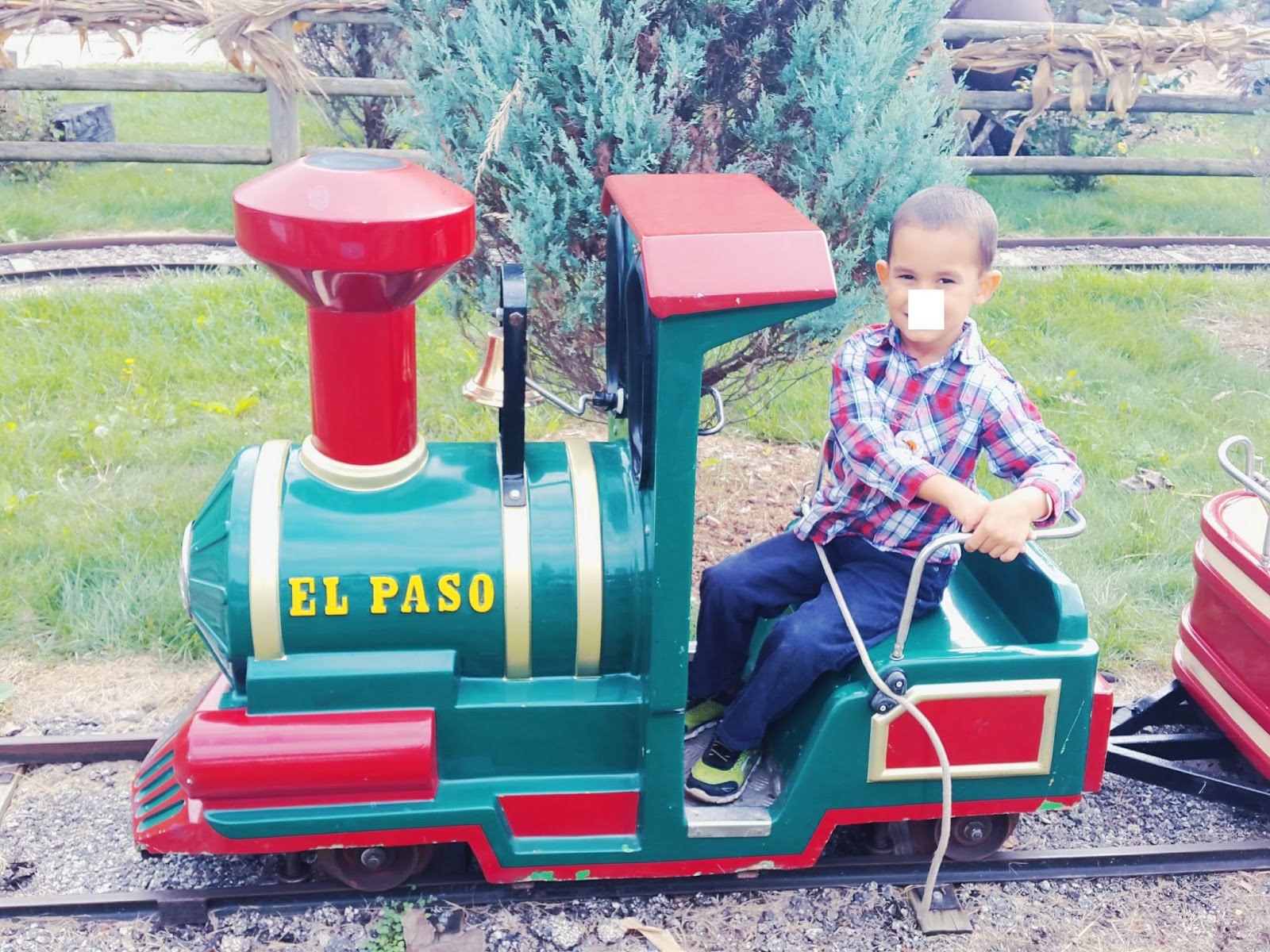 ***************
If you thought this was crazy, check out what happened at the pumpkin farm last time:
I bring you flash floods, burrs, bees, horses, and acorn genitalia, in “I Am Just Not Cut Out For This Shit.”
Tags: Kids, Only Me, Platonic-Husband
Newer Posts

There’s Something I Need To Tell You