My Ex Is Ruining My Marriage 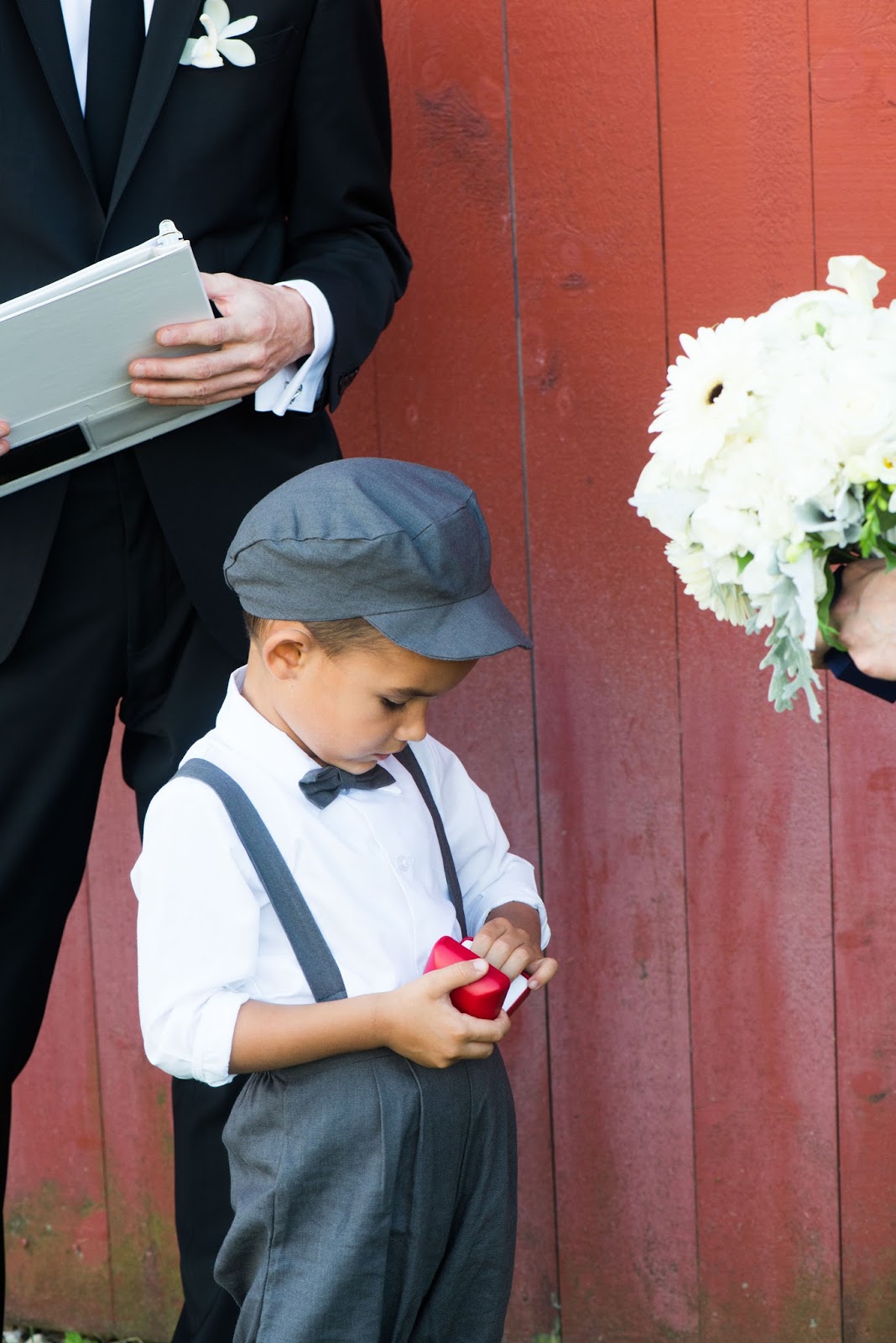 And she is just one of my many nonprofit clients.

I absolutely adore her and she is definitely one of my favorite clients, but she is going through some really tough things right now, and even though her life is not my own, I am beginning to feel emotionally overwhelmed and exhausted.

For Christmas, The Guy gave The Boy Child a Ninja Turtle shaving set, and he couldn’t have been more thrilled. 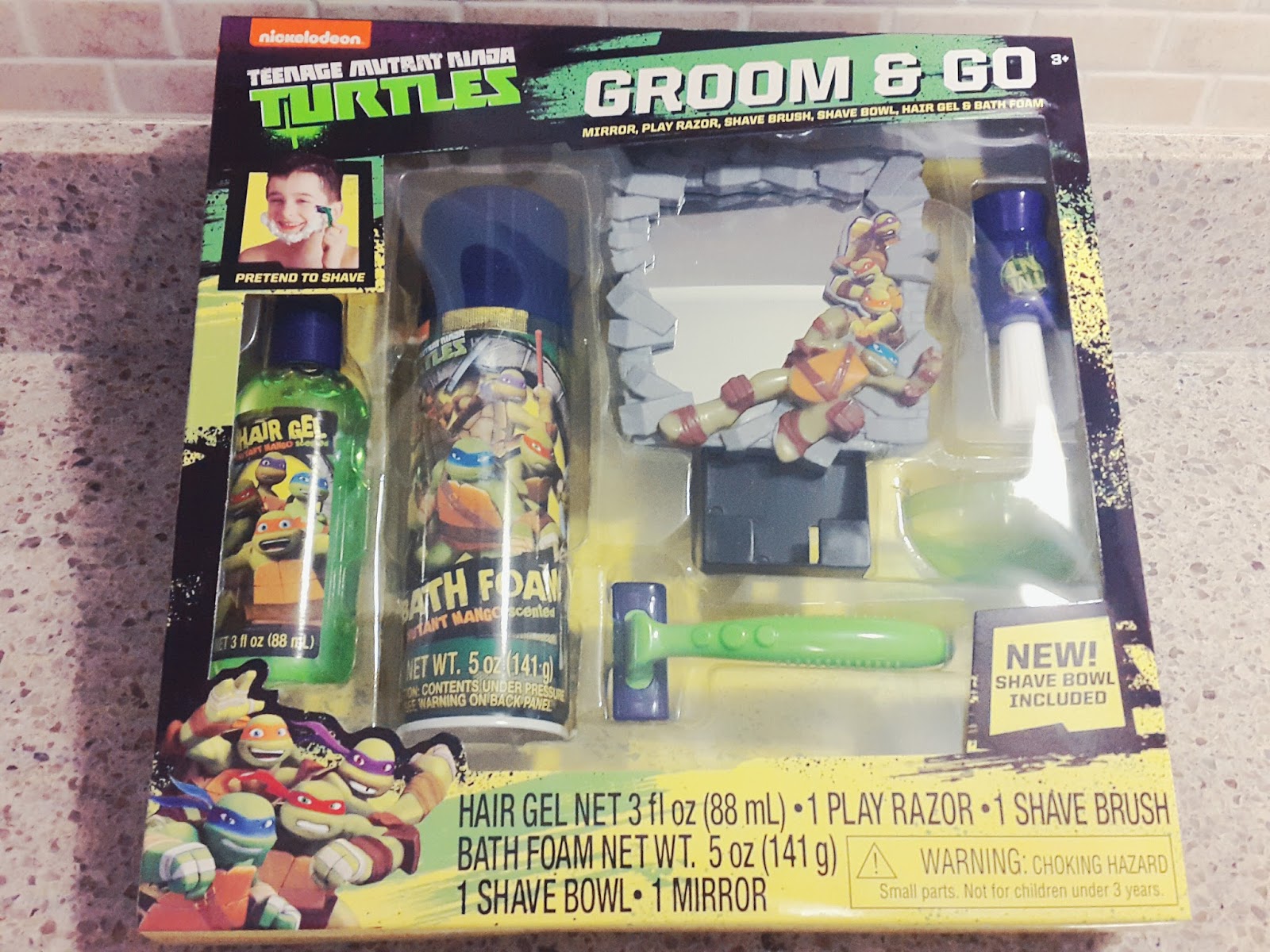 Clutching it to his chest, The Boy Child literally screamed with excitement as he proclaimed “daddy is going to teach me how to shave, because I’m gonna be just like him when I grow up!”

He then ran over and threw his arms around The Guy, and deemed him “my best buddy ever!”

Good gosh that kid loves him, which is great, because The Guy tells me on a constant basis how excited he is to raise a son.

I know that I told all of you that on our wedding day, The Guy gave The Girl Child a necklace engraved with “The Day I Became Your Dad,” but what I didn’t tell you is that he also gave The Boy Child something. 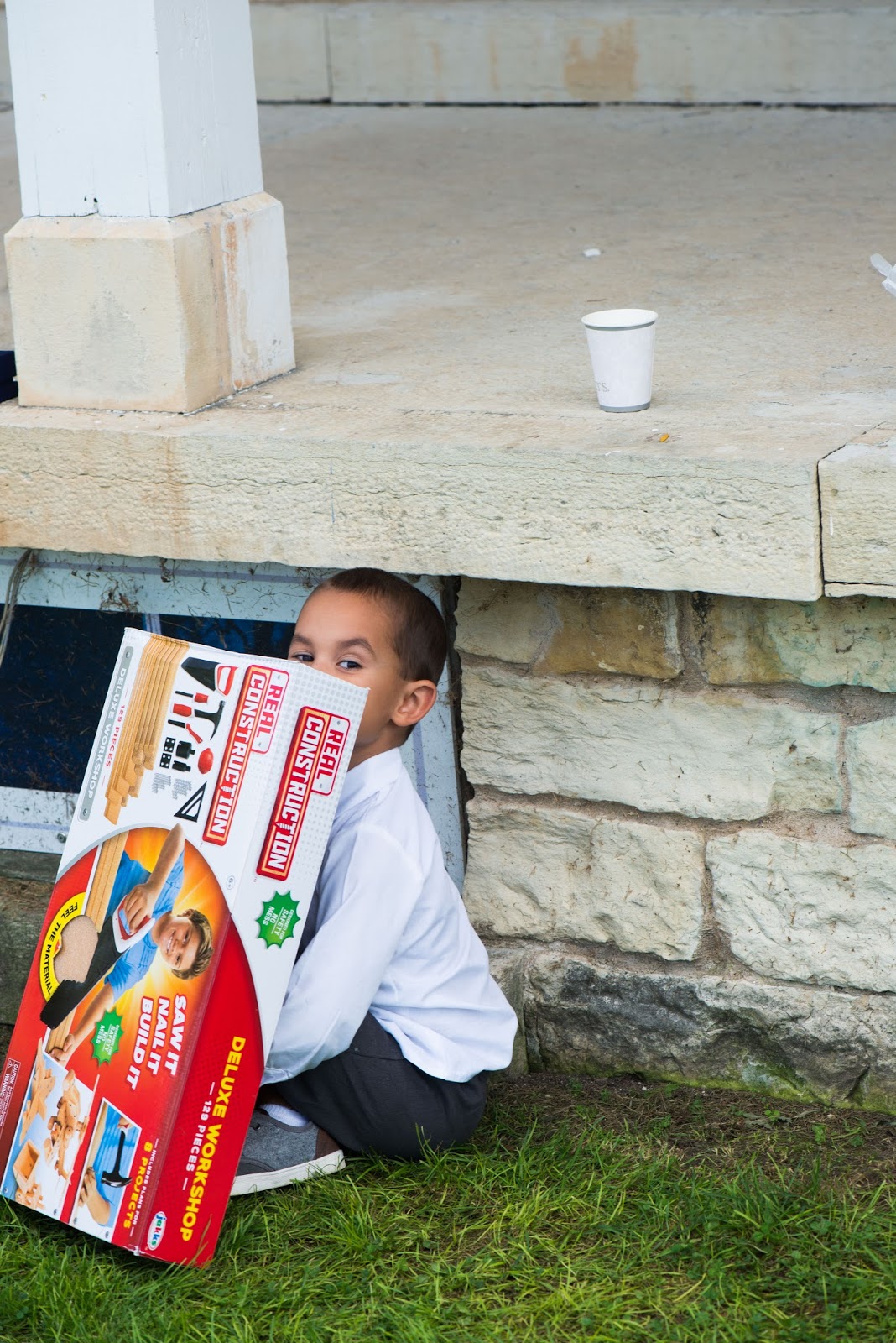 He gave him a little tool set, and asked him if it would be OK if he did “daddy things” with him, because he would really love to be his dad. The Boy Child responded by asking The Guy to put a few rocks in his pocket, that he had been collecting on the farmstead where we were holding our ceremony (because he is five), and from that moment on, rocks, bugs, tools, cars, and now shaving, have all become The Guy’s job when it comes to The Boy Child. 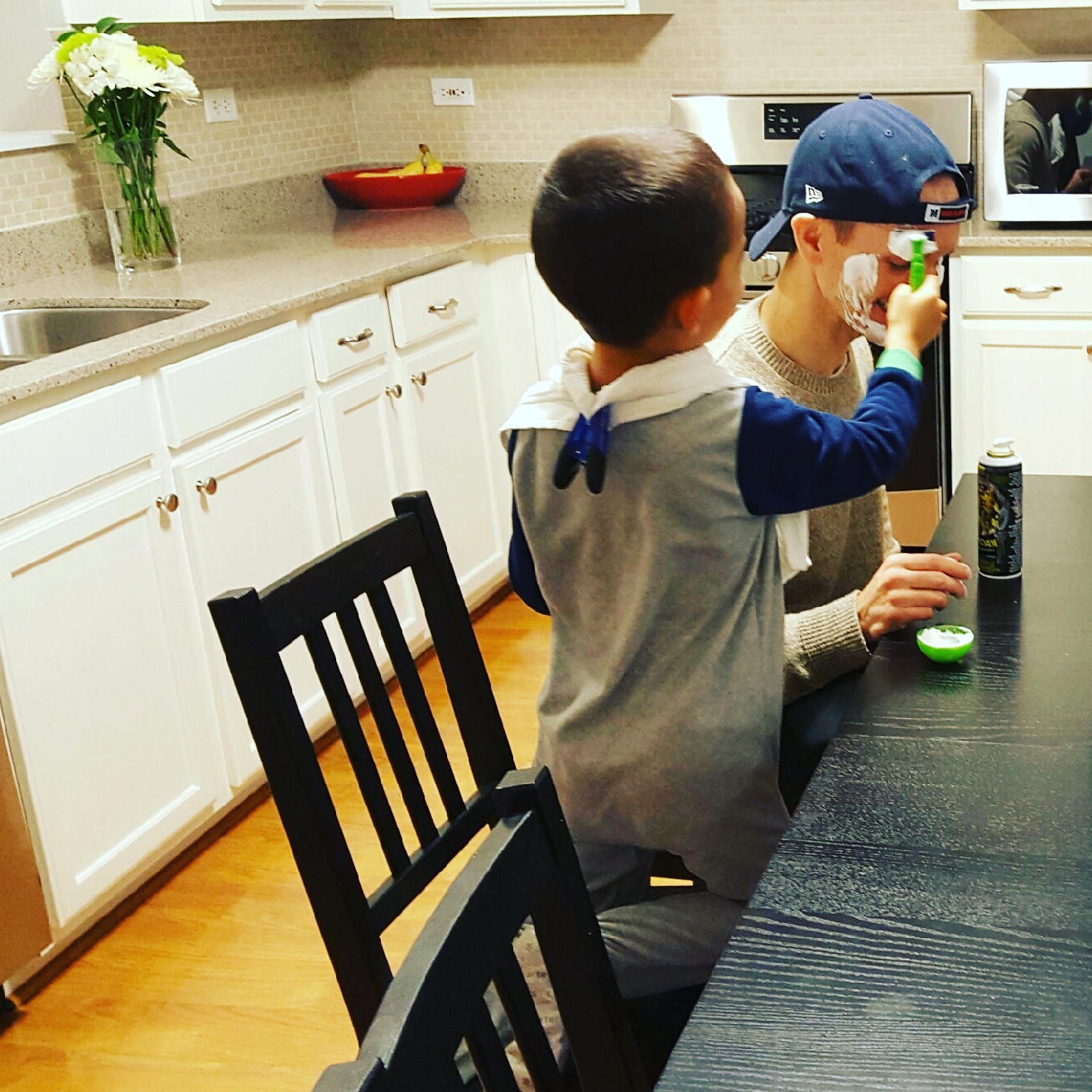 It is everything I have ever dreamed of, and more; on one hand because I despise bugs and don’t have much interest in rocks, and on the other hand because I adore seeing my child have another strong role model in his life. 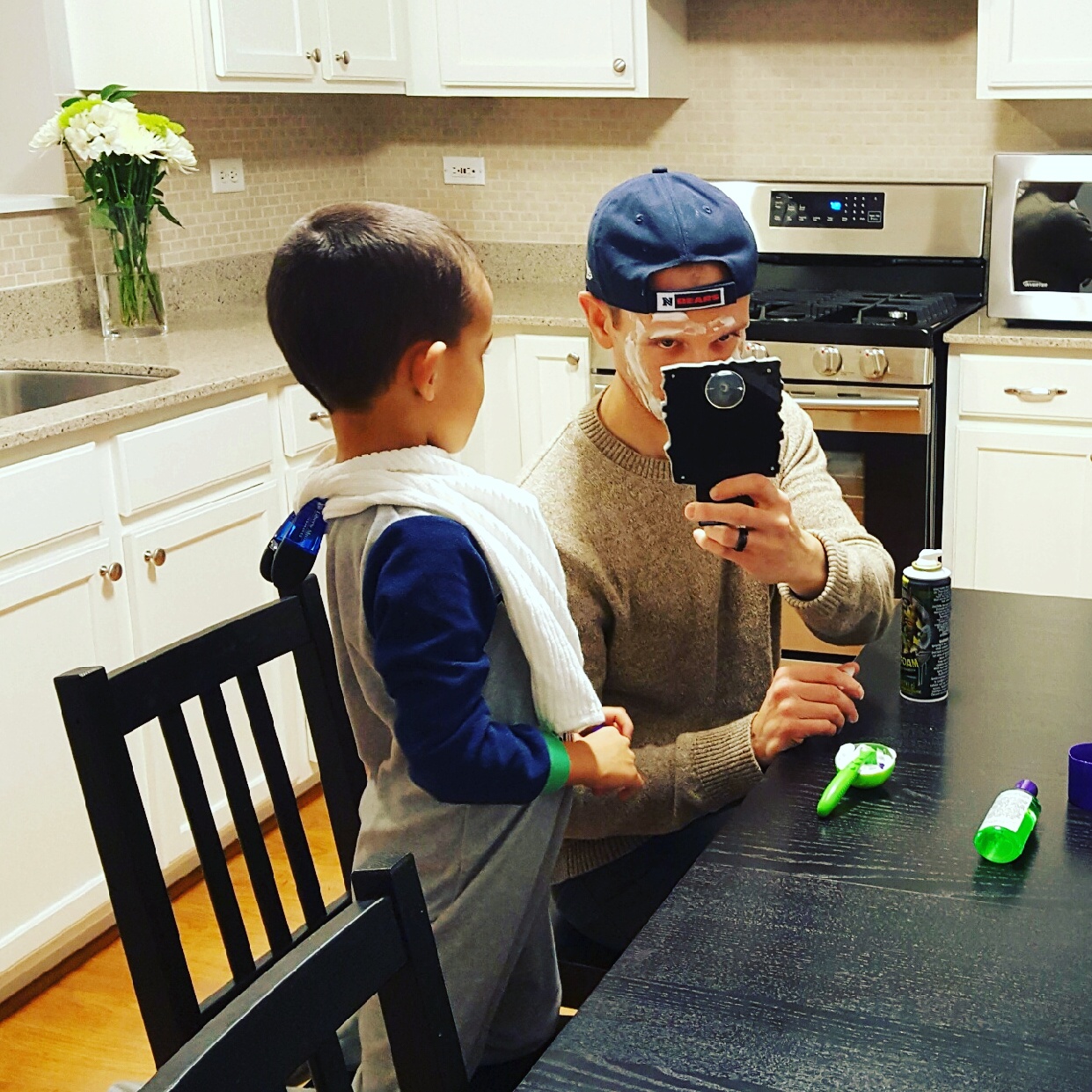 But just to complicate things, as I watch the bond grow between father and son, daddy and daughter, I often catch my mind wandering to thoughts of the biological dad that so easily threw that all away, and wondering if his second family will ever know the heartache he caused his first one.

All I’ve ever wanted was a family and now that I have it, I feel guilty that I can’t seem to shake the memories of the family I originally thought I was going to have, and the “father” that biology says was supposed to be here.

Judge me all you want, but I’m being honest here.

My kids were so little when my ex left, that for the first time, I’m seeing The Guy give my kids something that they had been missing out on for so many years. And although it makes me feel incredibly blessed, it also seems to be magnifying the emotions that I already felt towards my ex; a mixture of sadness and anger that you’ve been watching me grapple with for the last several years.

And I find myself — in those moments where I should be feeling happy — instead flipping through the painful pages of my past, and in turn missing out on something that should have made me smile. 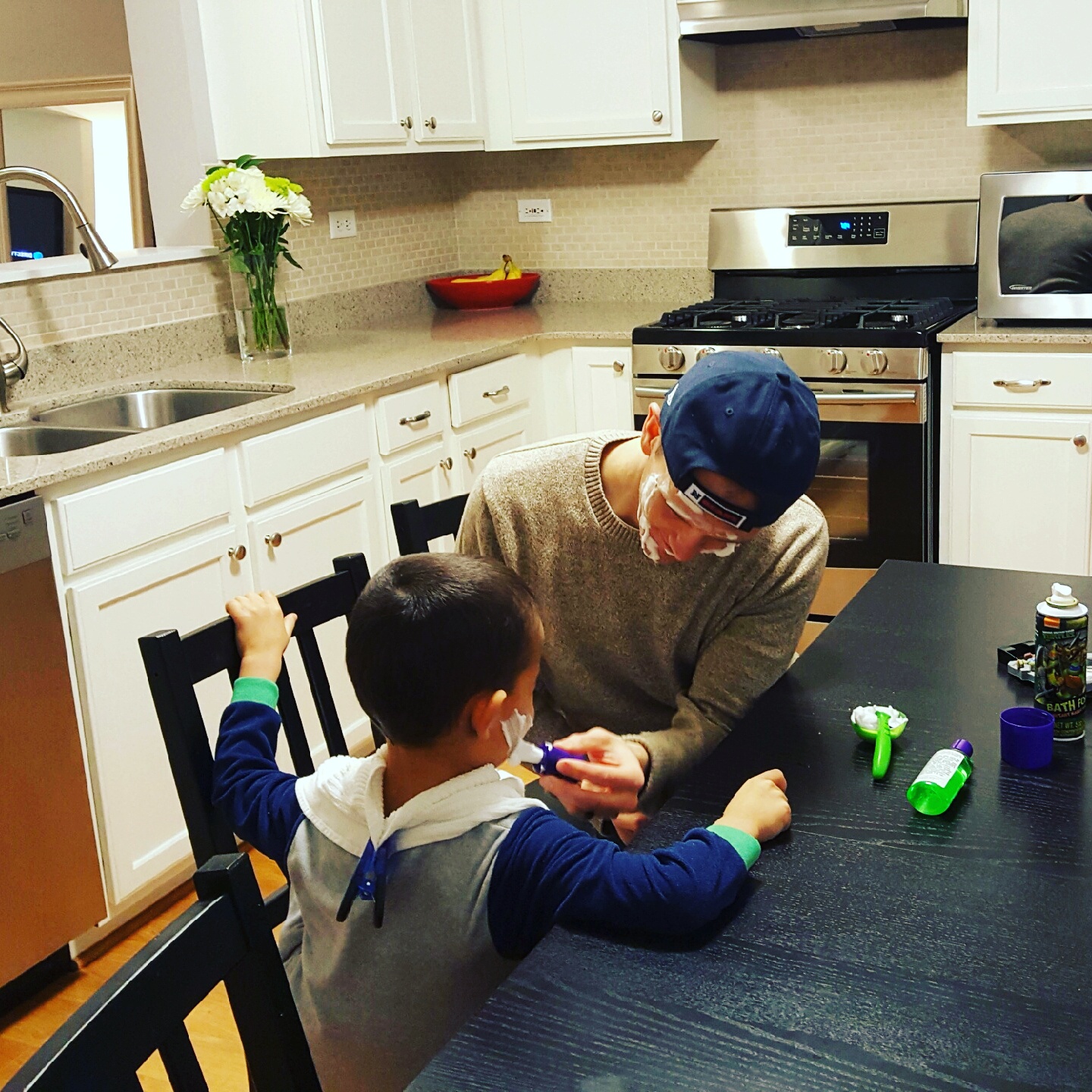 I know that at some point or another, each and every one of you can relate to a time when negative feelings began to suffocate your life.

Maybe it was something big and traumatic like a sexual assault or the death of a loved one, or maybe it was a bad break-up or the impending threat of a job loss. Maybe it’s not even that big, but rather the ongoing stress of an over worked career, or the anxiety over a precarious financial situation. Either way, at some point, we’ve all gone through times when our negative feelings have completely overwhelmed us to the point where it spills over into the rest of our lives, and saturates all of our other emotions.

When my ex first left I was so stressed that I lost like 50lbs in six weeks, and was only sleeping an hour or two a night. My feelings of heartache, depression, anxiety, and worry had completely consumed me to where I was barely even functioning.

And although I’ve come a long way since then, the arrival of The Guy and his role in my life, has been causing me to look back at that miserable time, and miss out on what should be my happiness now. 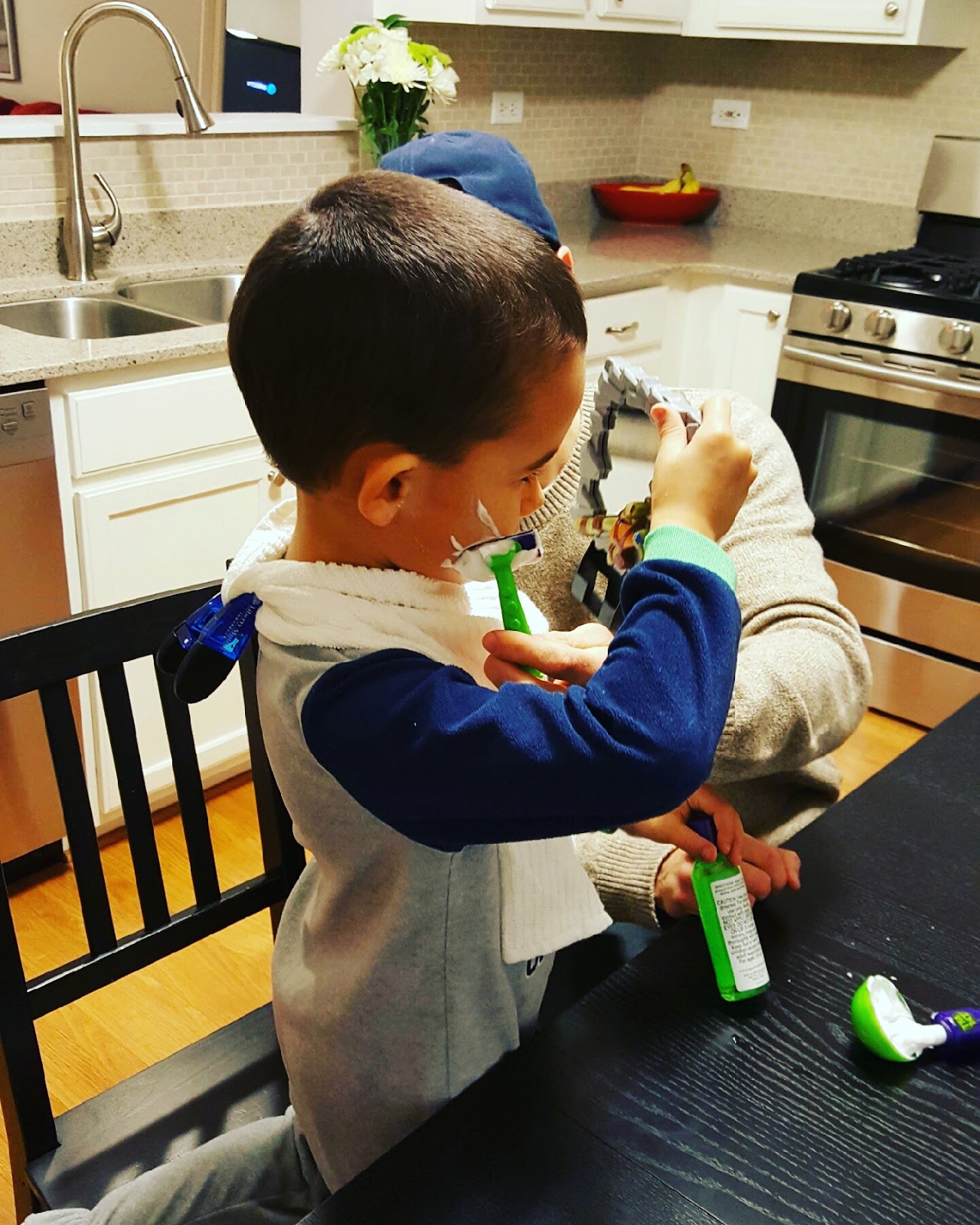 My nonprofit client called me twelve times yesterday. She was in a panic because her life is changing faster than she feels like she can cope, and anxiety over the situation was beginning to push her over the edge. When the phone rang at 7:30 pm, I found myself stepping away from a family engagement that I was attending with The Guy, to answer another tearful call.

“I’m sorry I’m calling you so much” she began to sob. “But it’s just that everything, all of this, I just can’t seem to think about anything else and it’s overwhelming me.”

Listening to her, my frustration began to melt away, and in her tear laden sobs, I heard my own. Speckled with the very same words that I had said to Mr. Attorney Man nearly five years ago when I was losing my housing, my pantry was empty, I had no job, no husband, no hope, nothing felt survivable, and he seemed to be the only lifeline that I had for help, it was now my turn on the other end, while I listened to her tell me that she just didn’t know what to do, and beg me to please help fix her life.

“You can’t let it consume you. You just need to think about something else or you’ll go crazy.”

And then I told her my own take on his advice.

“… Which was great advice, but it really wasn’t all that practical in such a simple form. The changes that your life is undergoing are bound to be all consuming, because everything you are going through is new. When nearly every part of your life is suddenly different and everything seems scary, it’s hard to just ‘not think about it’ all the time, because everywhere you turn you see evidence of its existence. The key though, in letting the stress not take over your life, is to acknowledge each thought, and then give it a definitive ending, so that you don’t get stuck in a cycle of anxiety. Only when you allow ‘consuming’ to become ‘accepting,’ will you start taking the steps you need to take, to gain back control of your emotions.”

And I guess, if there were ever a time to take my own advice, it would be now.

My entire life is once again changing, and although it’s not in nearly as devastating of a manner as I have found myself in before, it’s hard not to think about the painful “what should have been,” and keep them it consuming my present.

“Listen,” I found myself telling my client. “You are right, what happened was not fair, but you can’t change that. Starting tomorrow, I want you to make the conscious choice to sit down, in the quiet, for twenty minutes twice a day, and allow yourself to think about everything that is upsetting you. Let your brain go where it wants to go and let your heart feel the pain, but when those twenty minutes are up, you work on focusing your attention elsewhere. Unless you are actively engaging in something that is going to help you move forward such as talking to your attorney or creating a plan for your housing situation, outside of those twenty minutes, when those thoughts and feelings enter your mind, I want you to acknowledge them, and give them credit for being painful, but only for a minute. Then I’d like you to work on giving the thought some closure, before turning your attention to something else. ‘I’m feeling this way because of what happened to me, but right now is not the time to think about that, so I’m going to work on redirecting my attention in this moment, and I am going to make the conscious choice to come back to this thought later’.”

Because the key here is not to ignore your feelings, but rather to acknowledge them in the appropriate time and place.

My ex really hurt me, but watching my son bond with his new father, is not the time to think about that.

When you find yourself in a place where your pain, anxiety, or stress is taking over what should be your moments of happiness, remind yourself that there is a time and a place for everything, and those times don’t always overlap. 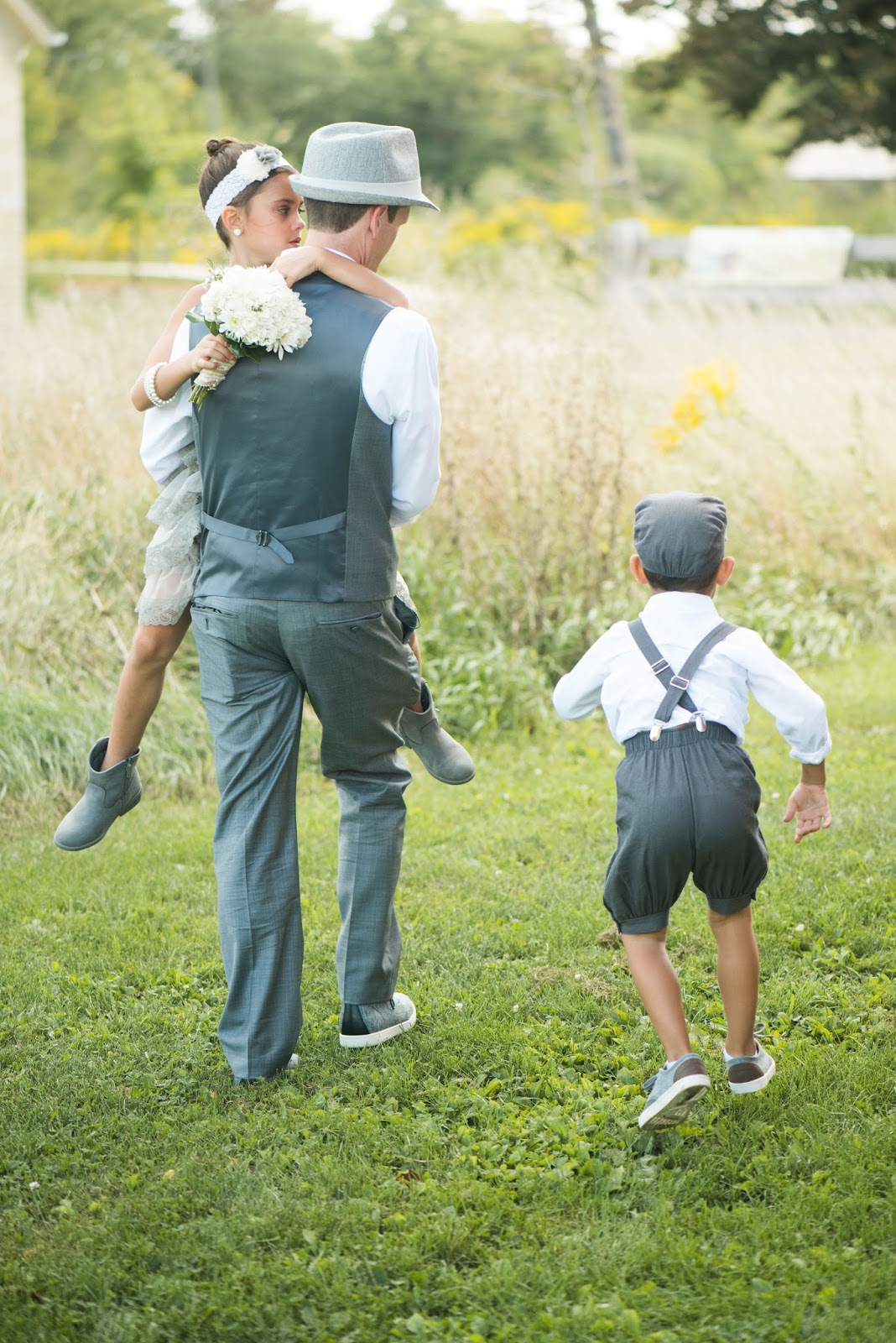