Please Pray For Us 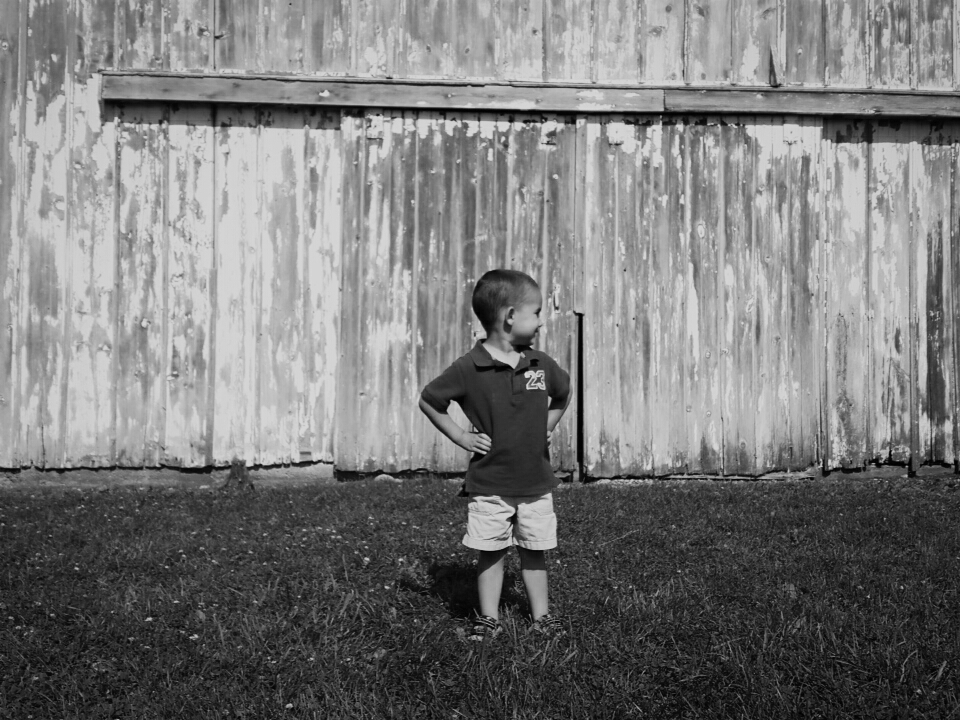 Do you ever have those days where you feel so overwhelmed, that you don’t feel like you can even think straight?

I’m having that month, and I’m not sure where to even start explaining.

Things have been a bit chaotic in the Strong household, and I’m spending more time crying and praying that I don’t completely fall apart, than I would like to admit. And I know, it’s not the most graceful or attractive way to portray myself right now, but it is what it is.

As many of you know — both from my real life and from this blog — The Boy child has had some fairly significant medical issues for most of his life. If you remember from my post “On My Way To Homelessness,” he was 18 months old when he was diagnosed with a severe developmental delay. He was so far behind, that in some areas of development, his skills fell only in the 3-6 month age range.

The doctor wasn’t sure what was wrong, and there were several things could have been causing his problems, but there was also the possibility that they may have been the result of an injury The Boy Child had sustained at the hands of his father when he was only a few months old (right before ex disappeared). Either way, regardless of a firm diagnosis, the doctor told me that typically, when they see delays that significant across the board, they are usually “severely life impacting.” He then bluntly questioned if my son was even “in there” at all.

Later that night, I went into The Boy Child’s room. He was sound asleep, but I pulled him from his crib and nestled him into my lap; stroking his hair and remembering the first time I’d held him, on the day that he was born. 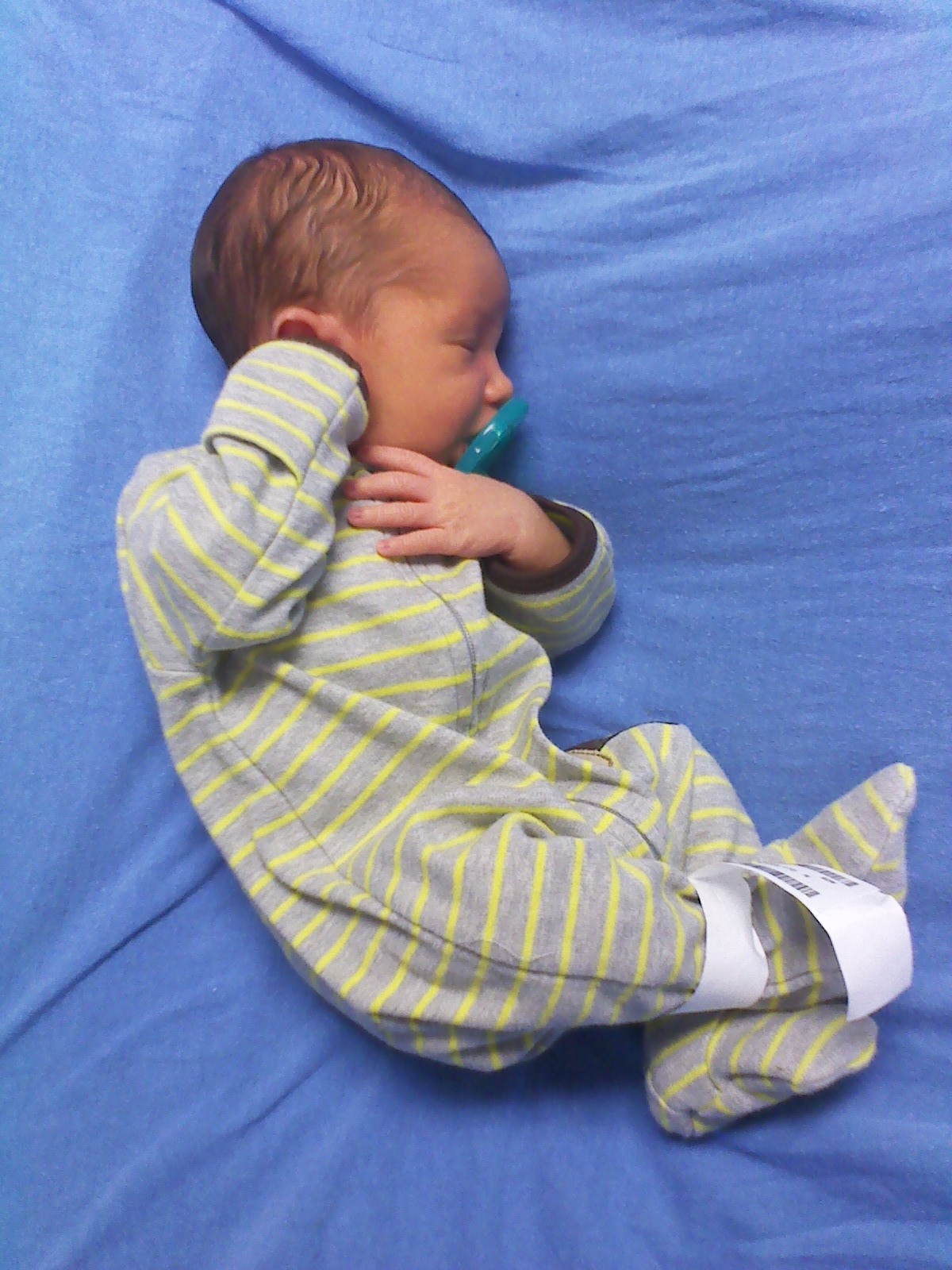 Were all the hopes and dreams I had for him gone?

Crying, my tears splashed down onto his face and he stirred just enough to open his eyes and look at me.

Suddenly, despite my single mom status, and the fact that I was already the parent of a child with significant medical needs, The Boy Child and I were thrust into a therapy program so intense, that I nearly lost my house due to all the hours and money I was spending on his therapy.

Speech therapy, physical therapy, developmental therapy, occupational therapy, sensory therapy, behavioral therapy, aquatic therapy, and eventually nuerobiofeedback; an hour for each therapy, each one twice a week. I spent two weeks putting him through the Wilbarger Brushing Therapy protocol, which if you have any idea of what that is, you know it’s no joke. I went above and beyond the gluten free diet that The Girl Child and I are on for our genetic illness, and I removed dairy, artificial colors, preservatives, salicylates, and more from what he ate. 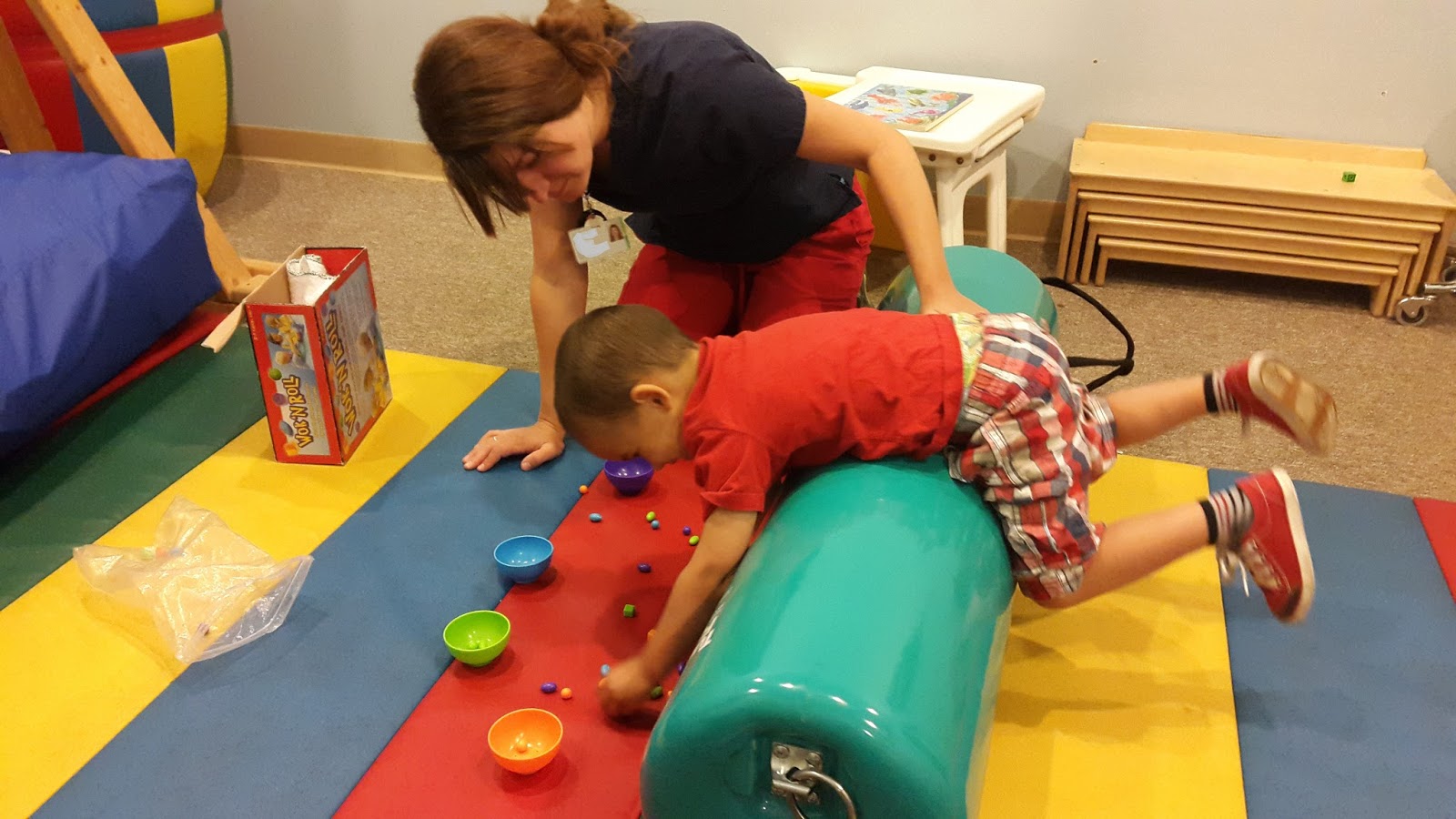 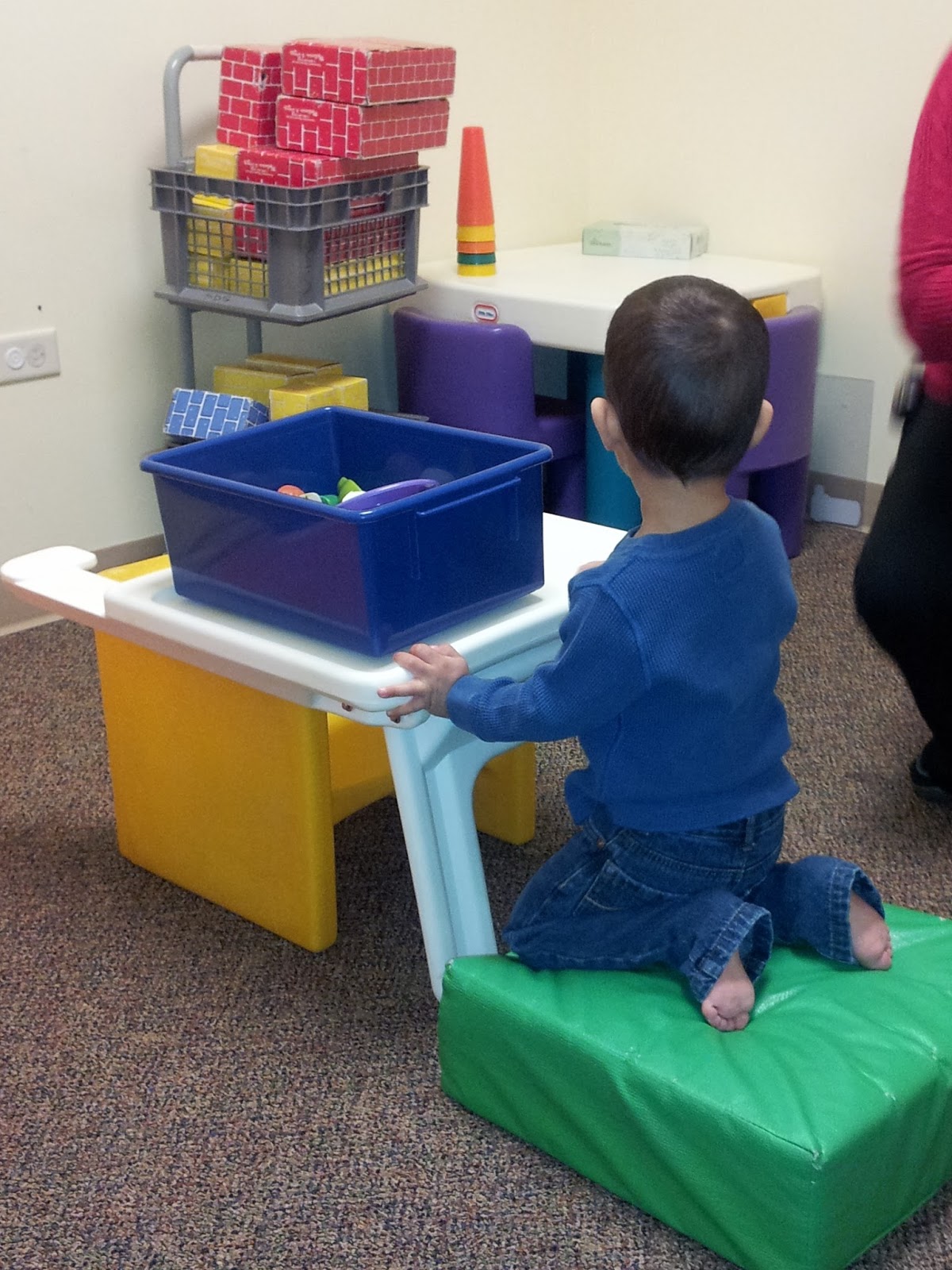 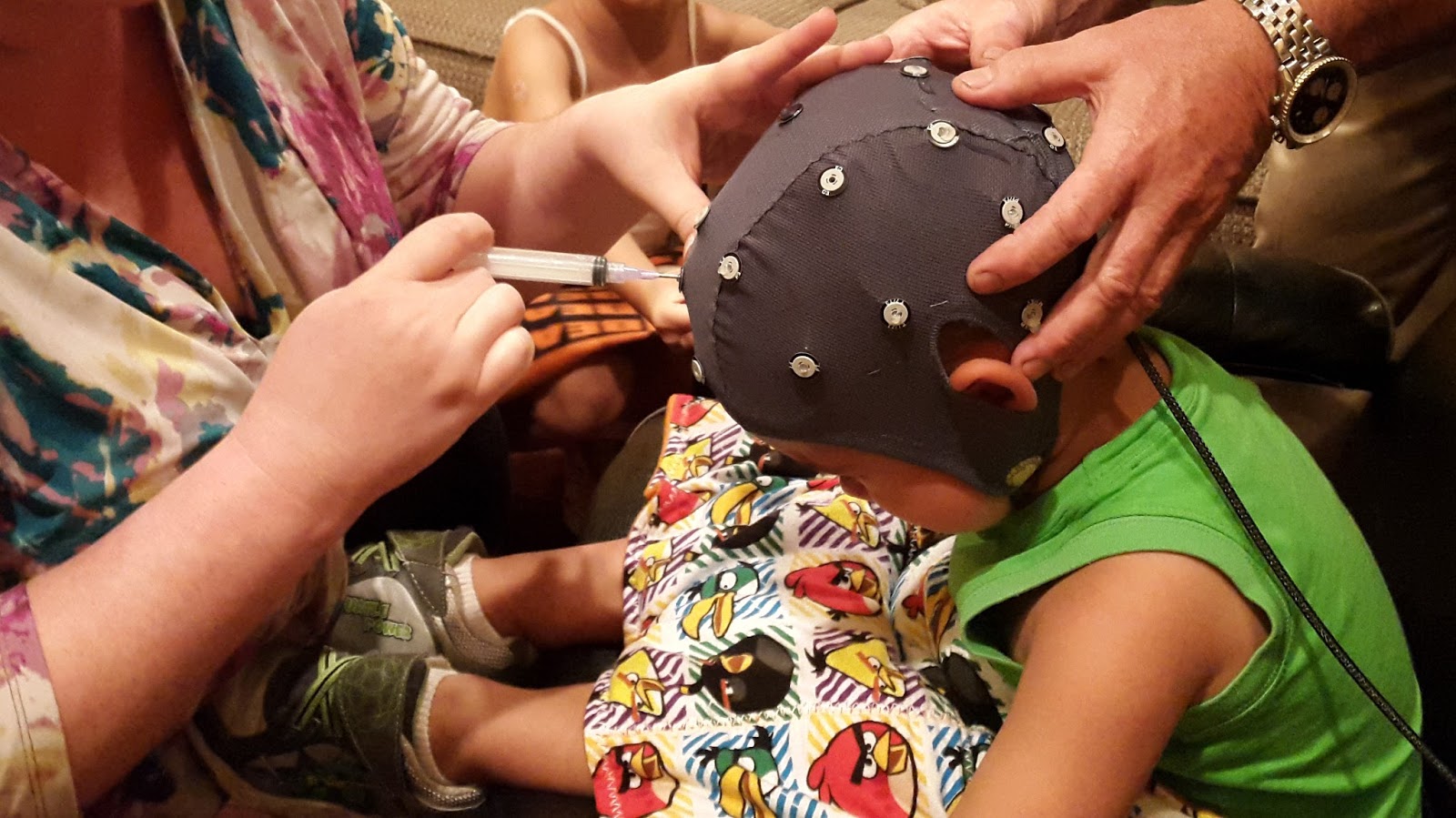 I would have done anything to find my baby! I had brought him into this world, and no one, NO ONE, was going to tell me that we couldn’t find him anymore.

He was in there, I just knew it. And nothing else mattered except saving my son.

When he was three years old, he started preschool with the rest of his peers; completely caught up cognitively, and showing absolutely no signs of a delay.

I had found him, and he was going to be fine.

Or so I thought.

He is five now, and things have been slipping for a while. 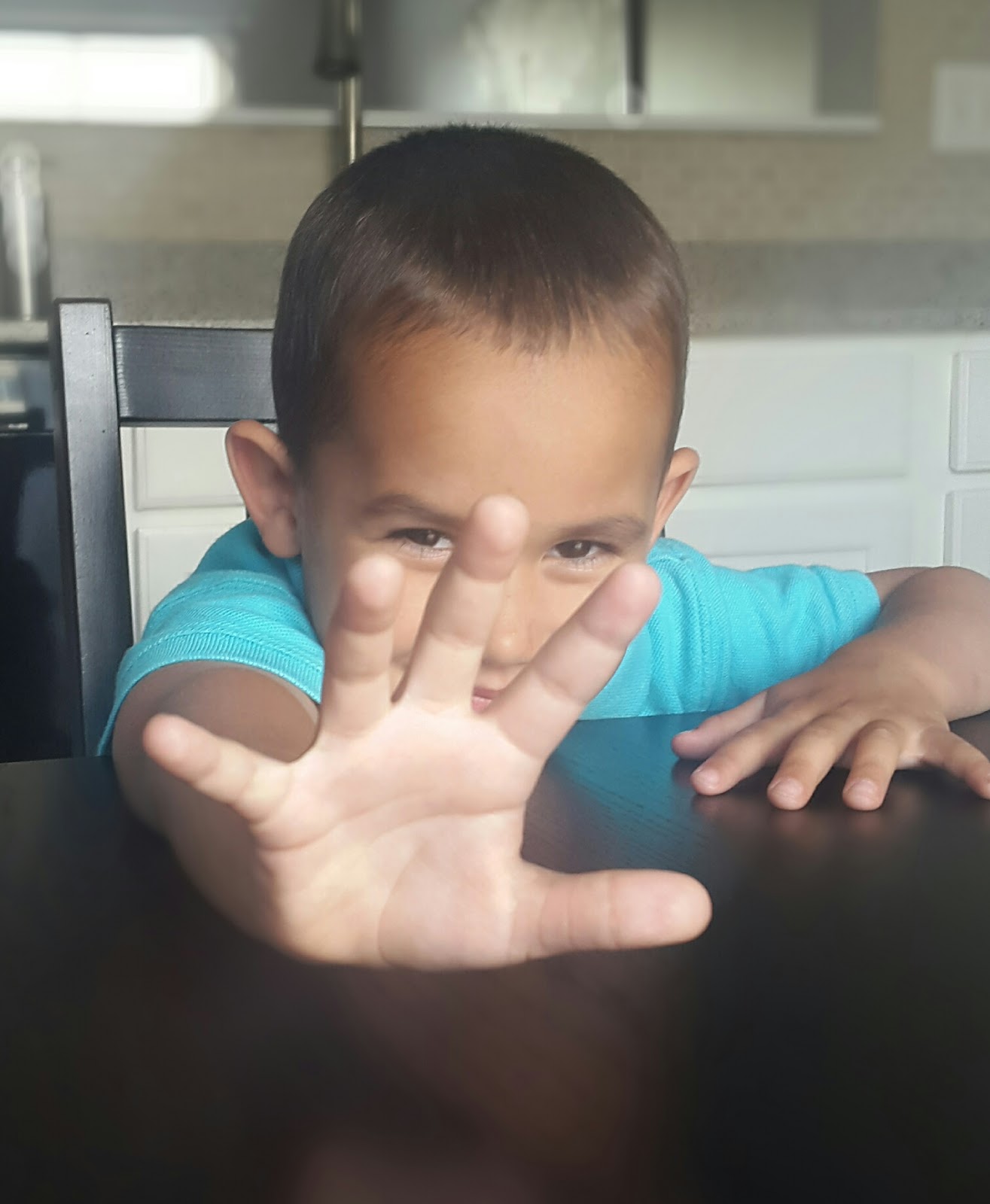 Over the last year and a half, he’s had a few physical set backs that could all be chalked up to our genetic disorder, but cognitively, something hasn’t been right. I watched him back track in ways that scared me, but being on medicaid, I was turned away by every specialist that our pediatrician thought I should take him to see; or he was put on waiting lists that were indefinitely long.

Why, did he seem completely fine some days, and other days, seem to be living in a world beyond my grasp?

What was going on with my child, and why would no one help me?

I begged the doctors. I cried in their office and I pleaded for my son. But the value of my medicaid dollar wasn’t enough, and each time, we were turned away.

To further complicate things, once you have been diagnosed with a rare genetic illness, it’s a lot easier for the doctors to blame everything they don’t want to take the time to figure out, on the one diagnosis that has the ability to explain away the un-explainable.

But I wasn’t going to accept that, and I wanted answers. I knew that medically, our genetic disorder did not have the ability to affect him cognitively, and so whatever was going on with The Boy Child, was something else entirely.

When I got married and gained “real” health insurance through The Guy’s job, I decided that I was going to get to the bottom of the mystery, and I began making appointments with the very same specialists who had turned The Boy Child away when we were on medicaid.

But, then, before I even had a chance to take him to those appointments, his health took a dramatic turn, and it came in ways that the doctor’s could no longer ignore. Our appointments were moved up, and because he has a history of mild cardiac issues, our first stop was to the cardiologist. 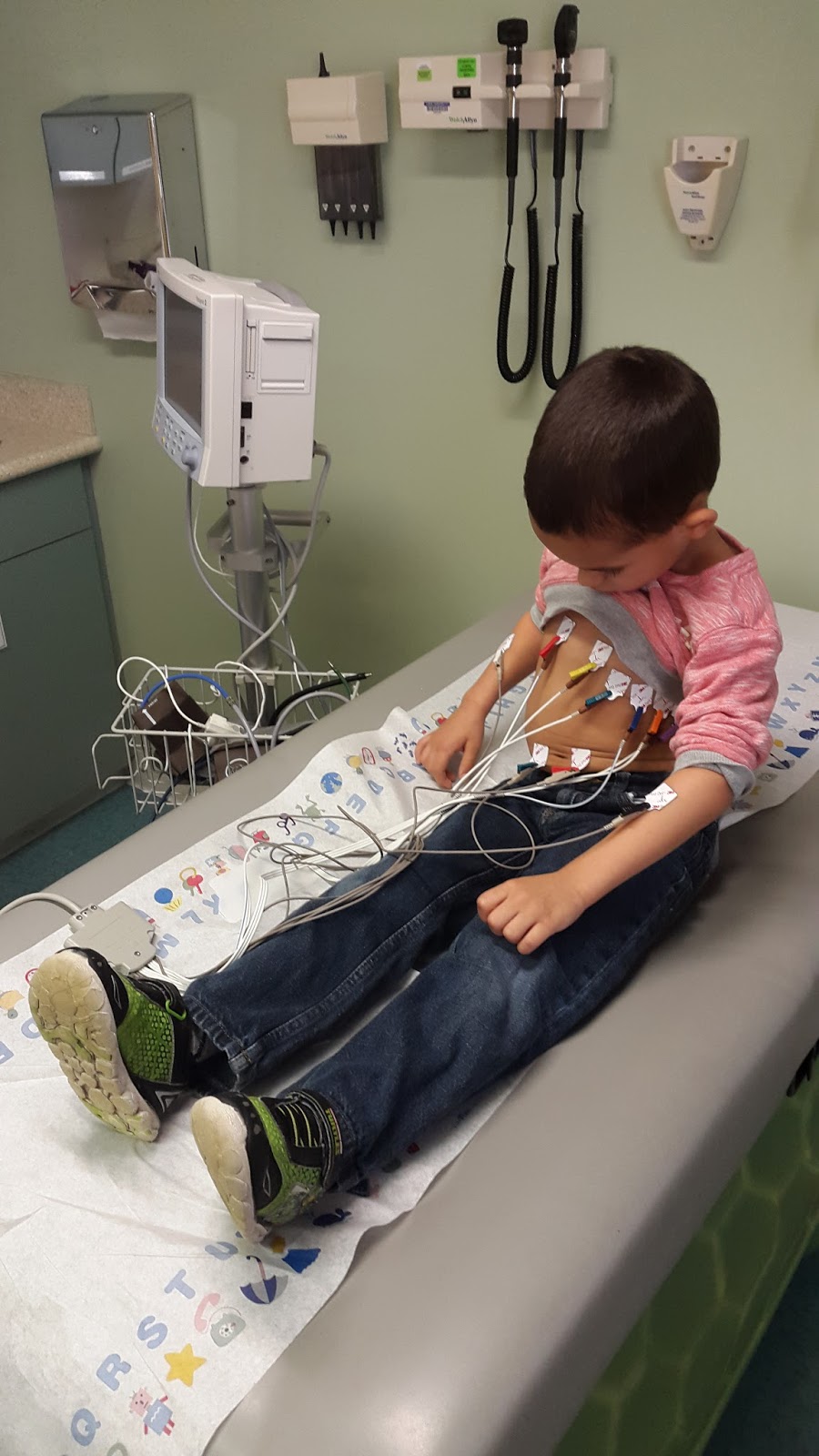 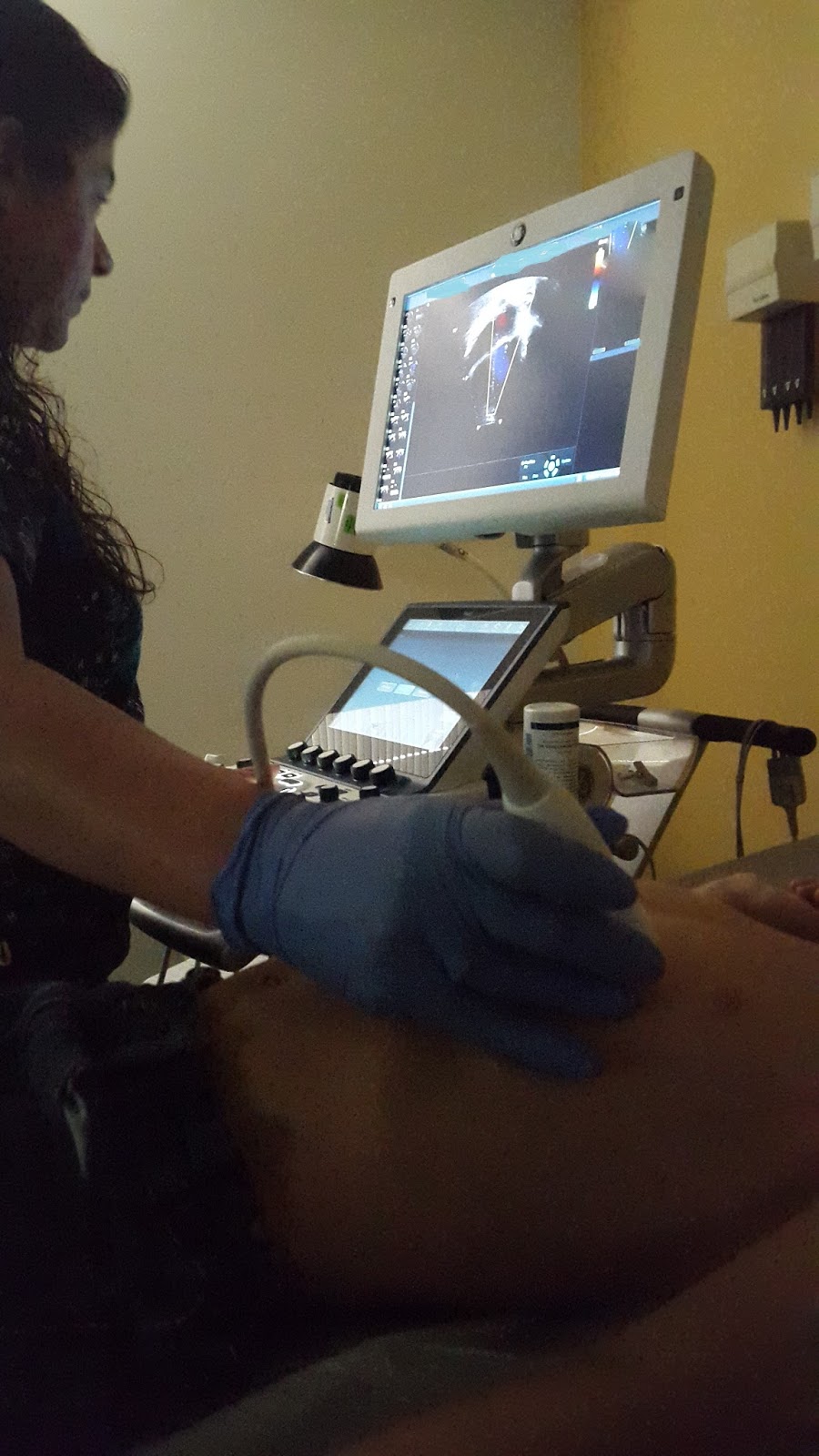 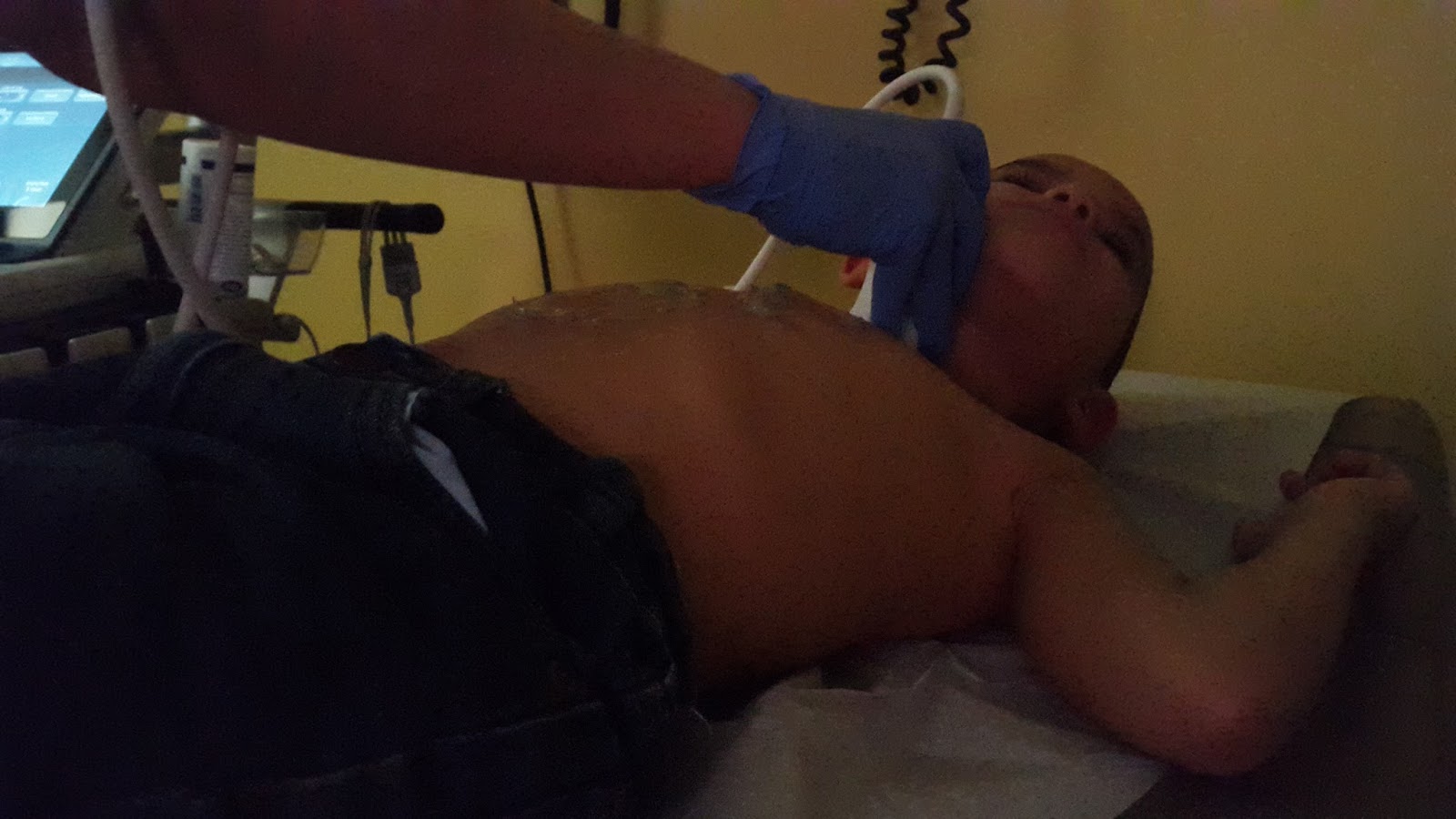 But surprisingly (and thankfully), his heart checked out completely fine. In a glimmer of good news, all of his past cardiac issues seemed to have resolved completely on their own.

His heart was healthy, and I breathed a sigh of relief.

Yet the next day, a physical display of a very serious problem broke open the flood gates, and I saw in an instant, the piece of the puzzle that we had been missing.

I took a video of the event, and rushed him to the doctor. Once he saw the video, we were immediately sent to see a neurologist at the children’s hospital.

A few days later — last week — The Boy Child was diagnosed with epilepsy. 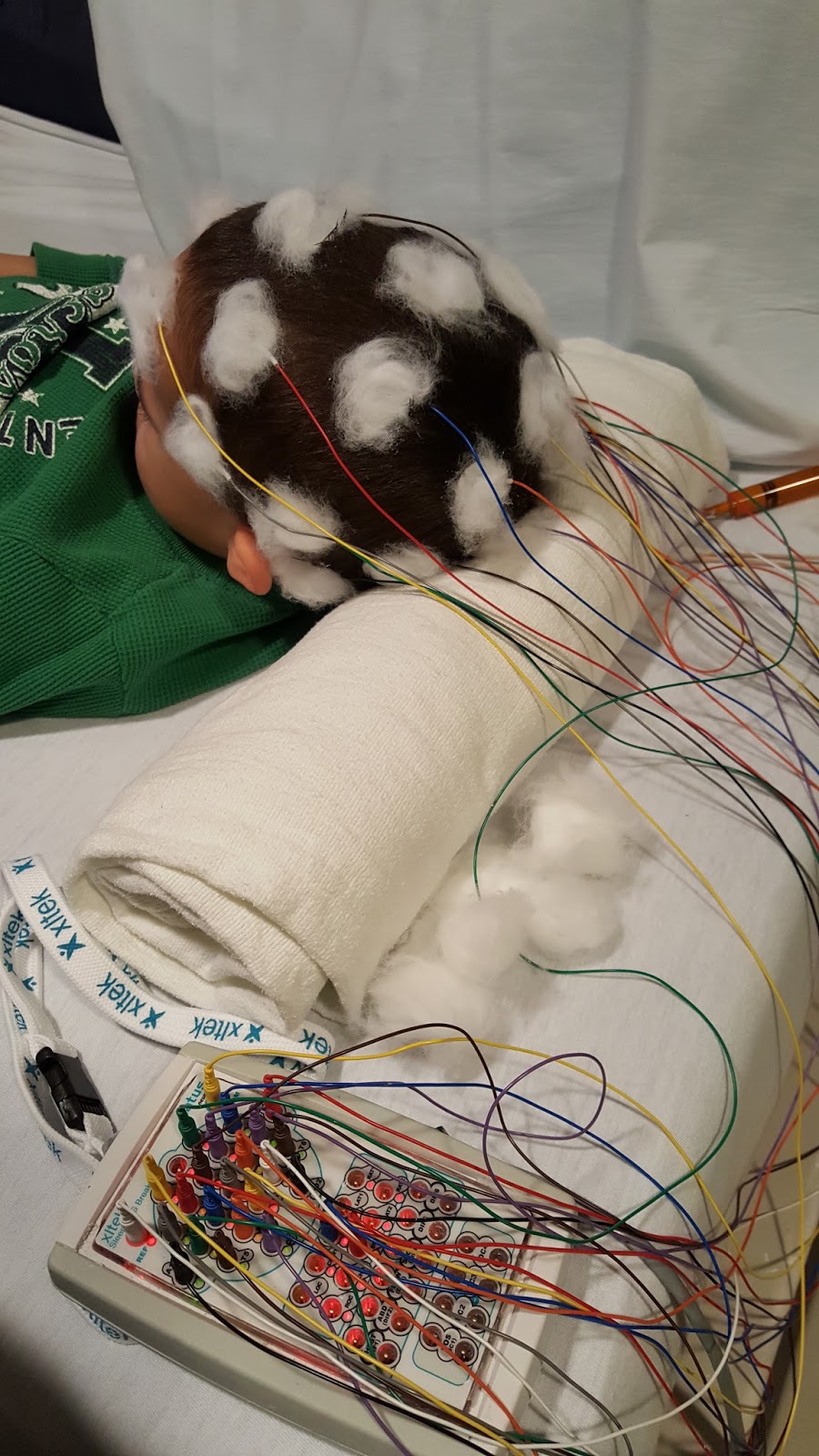 Seizures in his frontal lobe have been ricocheting through his brain for quite some time now — most likely when he has been sleeping — and as the neurologist has explained to us, are most certainly the cause of all the issues that he has had over the years. They are also a solid explanation as to why his skills and cognitive abilities have been so scattered throughout his life.

My initial attempts at putting him in therapy helped to bypass some of his damaged electrical circuits just enough to get him caught up, but eventually, as he grew, so did the issue in his malfunctioning brain.

And I’m not really sure how I feel.

I’m thankful for the answer, because now I know what we are working with. There comes a bit of peace in finally solving what seemed unsolvable, and hope that he can find treatment in the diagnosis.

But, I am heart broken that since I couldn’t afford “real” health insurance, it took so long to figure this out.

I fear that he may have permanent damage to his brain because of it.

I am also devastated that this could have been a direct result of his father hurting him when he was just mere months old.

There is no question that I feel guilty that his seizures had to progress to the point of him actually collapsing in front of me, physically seizing, and nearly losing his airway, for anyone to realize that all of his scattered cognitive skills, had been quieter seizures all along.

And I’m terrified because he is now seizing almost every day.

When your child gets hurt, you run for an ice pack, or a bandaid. You scoop them up and you cuddle them; letting them know you are there and doing your best to fix what is wrong.

But when your child is seizing, you are helpless. You can’t crawl into their head, and you can’t put a bandaid on their brain.

I can’t comfort him in the ways that I’d like, because when it’s happening, he doesn’t even know that I am there.

But here we are, and I can’t change it.

The Boy Child and I are about to embark on a series of tests, hospital visits, and procedures to try and pinpoint exactly where the seizures are coming from, why he is having them, and how we can fix this. 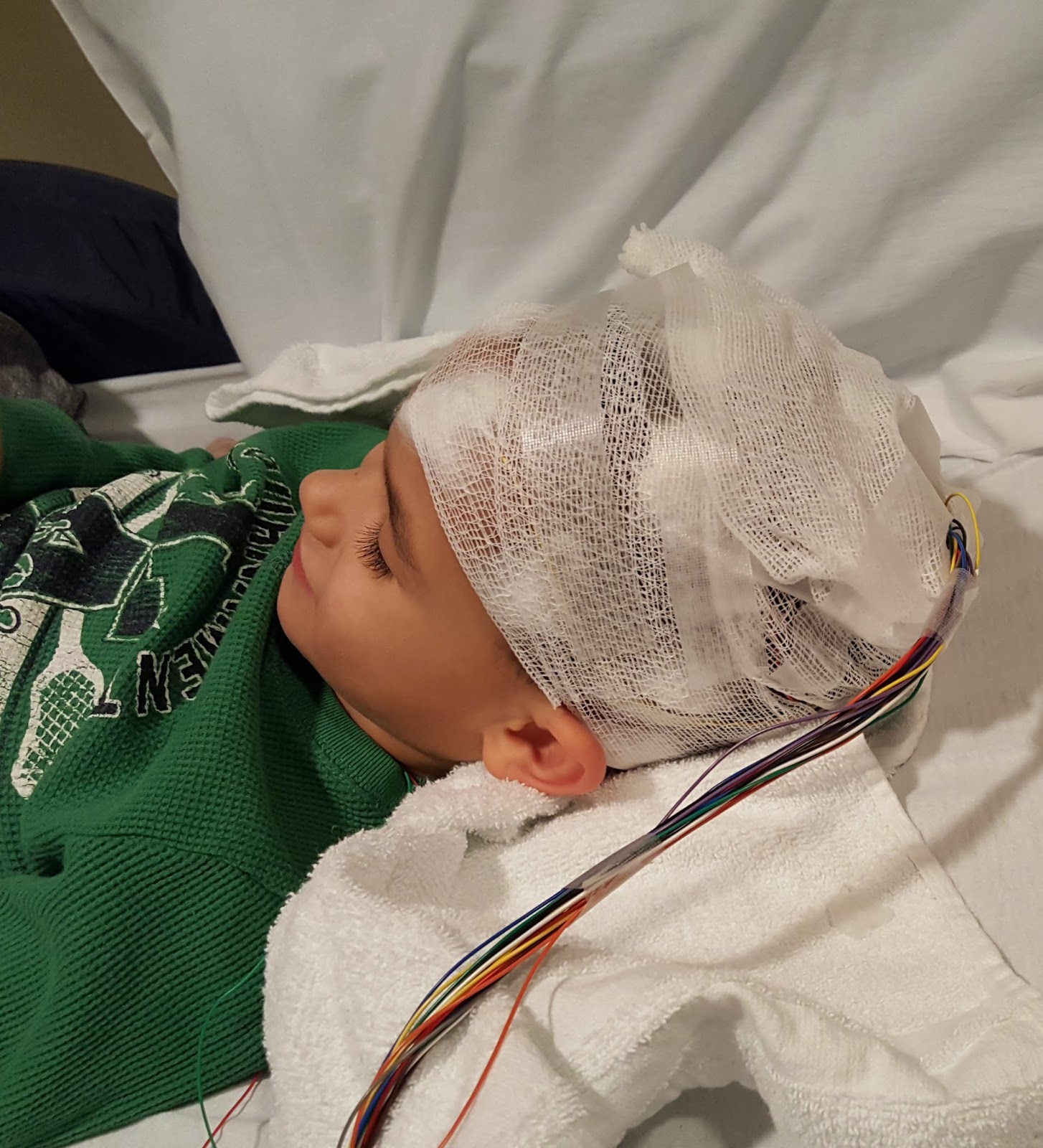 At this point I simply cannot fathom the work that needs to be done, the time commitment involved, and financial devastation that this is going to have on my family. I’m spending entire days at the hospital with him, we have already racked up close to $15,000 in uncovered medical bills, and The Guy and I haven’t slept a full night in weeks.

I thought that I had finally reached the good life, and now suddenly here I am, right back in the trenches.

But I guess, if there is anything that I have learned from this crazy life of mine, it’s that this too shall pass.

But for right now, I need to find my son, because he’s in there, and he needs his mom. So, today I will focus on strength, and the road towards recovery.

Please pray for us, because this is a new path for me, and right now, I’m not feeling very secure in my footing. 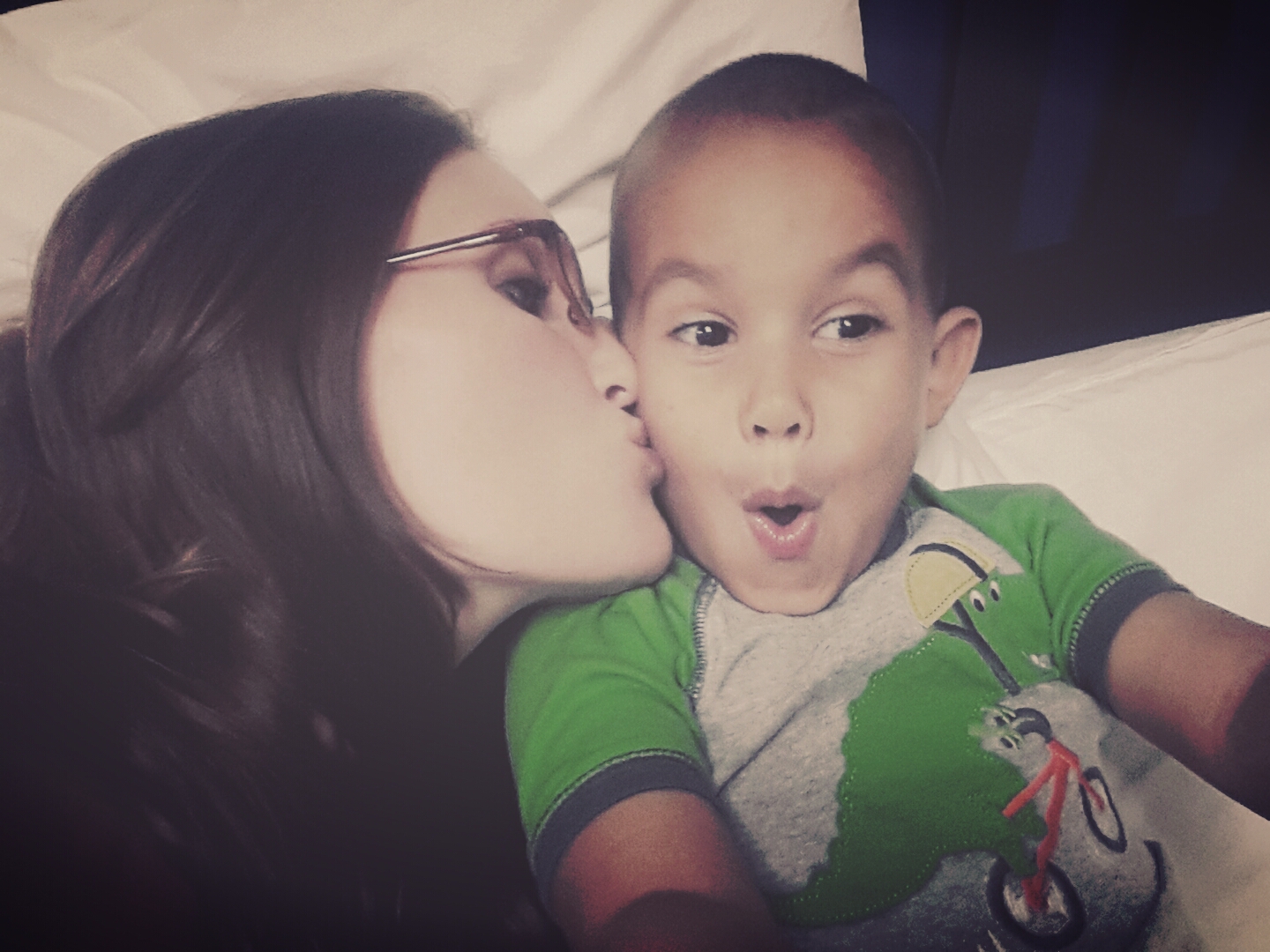 Please pray that I can fix my baby.

I Need A Favor From All Of You