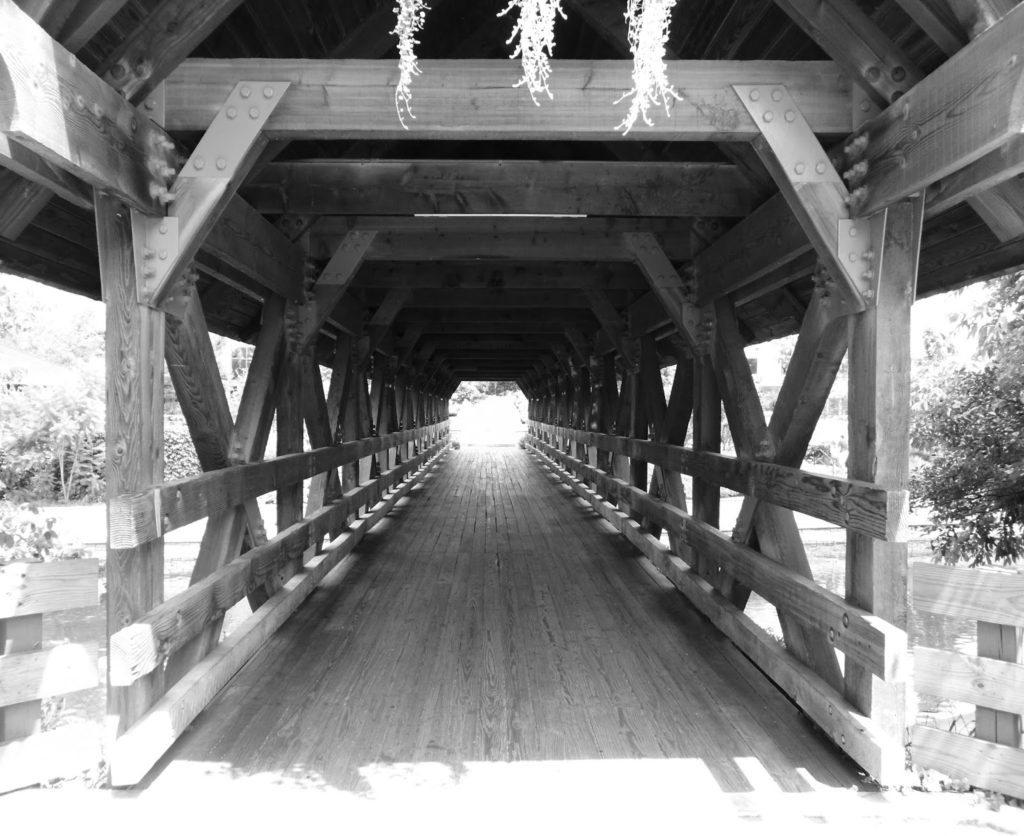 It’s 6:30am. My husband just left for work, and the kids are sleeping. It’s been raining on and off, so it’s still dark out, and the cars driving on the road outside, are making a whizzing noise on the wet pavement as people rush off to work. A chill hangs in the air and fog has settled so thick outside, that I can’t see the cornfields right outside my front door. It’s exactly the kind of morning where you pull the covers up under your chin and relish the last few minutes you have before your alarm goes off, but I can’t sleep.

It actually feels a lot like the night several years ago when I found myself in bed, opening my laptop, and starting this blog.

I woke up this morning crying, and I’m not sure why. Tears clung to my cheeks as the pillowcase clung to my face, and my nose was running. Maybe I had been dreaming, but the more likely scenario is that even in sleep, I’m still decompressing from the events of yesterday.

On Wednesday, I was waiting for a call from Mr. Attorney Man, to discuss and go over everything for the hearing yesterday morning. We had stacks of children’s bills that I had sent my ex, and an even larger stack of messages where my ex said he wasn’t going to pay them, or never answered at all. Our case was pretty solid, and after months of wrestling with the decision on whether to go back to court again or not, I finally felt at peace with my choice to move forward.

But instead of the phone call I was expecting, I got one saying that Mr. Attorney Man had just spoken with my ex’s attorney, and he concedes that my ex has no case. “He owes the money, we both know that he owes it, so we’d like to skip the hearing and move right to agreeing on a repayment plan.”

I was caught off guard.

But I also don’t trust myself.

I don’t want to be crazy.

So I listened to Mr. Attorney Man, and although he firmly left the choice up to me, I knew that he thought skipping the hearing was a better idea. “It’s the end result we wanted, without having to put you on the stand.”

I didn’t want to agree, but I didn’t have a good reason as to why not. Logically, it all made more sense to skip the hearing and jump right to him being at fault, but my emotions said “no. You planned on something already, something that you worked towards for months, something that your husband, and your attorney, all told you was a good idea, and now here comes your ex at the very last minute and wants a new plan and you’re supposed to just jump on board because he wants it a different way! No!!”

But who wants to be crazy?

And crazy would be digging your feet into the ground for no other reason than you don’t want to be logically adaptable.

So I agreed, with the caveat that my ex still appear in court, and that we don’t leave without an agreement.

I wanted it over.

I spent two hours later that night, pouring over numbers. Bills owed, financial affidavits that him and his wife had filled out, tax returns, everything. I even called my Board Member Friend who is an accountant, and asked her to look at a few numbers for me and tell me what someone’s take home pay would be based on my ex’s salary, after taxes, so that I knew how much money my ex had to live on.

And then I figured out how much I thought he could pay me per month to work off his debt, and I took 40% off the top just to give him a fighting chance, since I’m a nicer person than he is. I wanted to have some number in mind, so that when I went to court the next morning, that I wouldn’t be blindsided with numbers and figures and things that I have a difficult time processing when I’m in court and freaking out.

I didn’t want to feel crazy.

The next morning, yesterday, we showed up our 9am court call. Ten minutes, twenty minutes, forty-five minutes later, my ex’s attorney was late.

Our case was passed by several times, and eventually the other attorney showed up. Him and Mr. Attorney Man, along with the judge, went to the back to have a discussion that we couldn’t hear, and when they came out, the two attorneys went out in the hall to continue their private discussion.

I absolutely hate it when they do that; discuss my life, without me.

My ex and I were left in a nearly empty room, where he made it a point to direct his attention at my swollen belly, and laugh at the child I am about to bring into the world; making his disgust and disappointment known.

Laughing at the womb that carried his two children; children that he doesn’t seem to think are human.

Thankfully I had a friend there with me, but it didn’t help the walls from feeling like they were closing in. I rushed off to the bathroom and splashed some water on my neck. I felt like I was going to pass out, but I didn’t want anyone to know.

Mr. Attorney Man was waiting for me when I got back, and pulled me into a small conference room.

The room was freezing, and it made the whole situation seem more sterile. We weren’t talking about a father taking care of his kids, we were in court, discussing a man who was doing his best to pretend his children don’t exist.

Mr. Attorney Man started writing numbers and equations and circling things and bolding them. He was talking and explaining and I just kept watching his pen draw circles around and around the things he was marking as important; as if the darker color would make them mean something more to me.

But nothing meant anything to me.

I felt like I couldn’t even understand English, and I felt very detached from the whole situation. The other attorney kept popping his head in and I don’t know if it had been an hour or two minutes, but each time he opened the door it felt like he had just closed it.

“My client needs to get to work and he is clamoring to get out of here” he kept saying.

I wanted to scream at him.

“DO YOU KNOW HOW LONG I HAVE WAITED FOR HIM? Do you know how many days… weeks… years, I have waited? The long nights when he never came home, and the years where I had no idea where he went. I have been inconvenienced by him, for over a decade. Now shut the damn door, and give me some time.”

My counselor has explained this to me before — more times than I care to recollect — but I know what was going on. Years of chronic abuse led me to a place where my brain has the ability to flip off. Breath, blink, react, but don’t process. Don’t understand. Don’t comprehend. Don’t feel. Don’t remember. Don’t really be there. Because if it’s not real, then it’s not really happening to you.

You can’t be raped if you aren’t there. You can’t remember if it never happened to you.

I’m not crazy, and all the other victims who go through this aren’t crazy either, but it doesn’t make me feel any less crazy knowing that. 99% of the time these days, I’m fine. PTSD seems like a term that I apply to veterans, or the clients of the nonprofit.

It’s not me, because I’ve moved past that.

But in court, when I see my ex, the memories come rushing back. And unlike being anywhere else in the world where I can just breathe through it and and remind myself that I am no longer living in abuse, I can’t go anywhere.

I can’t leave, or stop thinking about my ex, because it’s the only thing I am allowed to focus on. I can’t pretend that none of it ever happened, because I am in court. I can’t tell myself that he isn’t there anymore, because he is.

He is still there, doing things that he makes sure no one else sees; secrets between him and I, that I don’t want to have.

I have to keep my voice low, act accordingly, look him in the eye, and not tear his fucking face off, just like I did all those years at home, and just like I am required to do in a courtroom.

I can’t understand what Mr. Attorney Man is telling me, because I’ve learned how to survive.

I’m not there anymore. 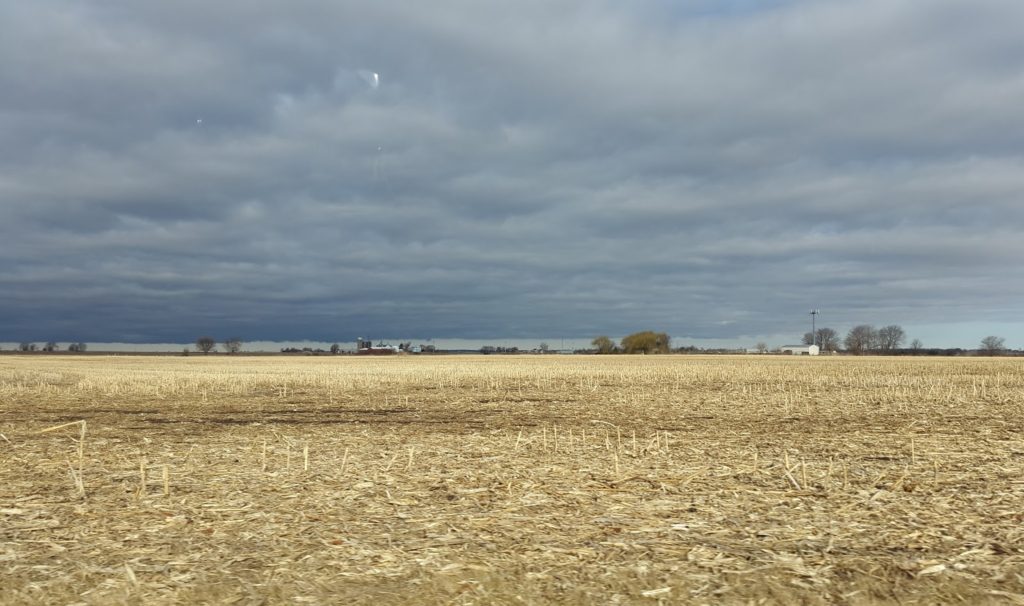 My Ex’s Attorney Is A Killer (Literally)

On Going To Court This Week, Pregnant