My Ex’s Attorney Is A Killer (Literally) 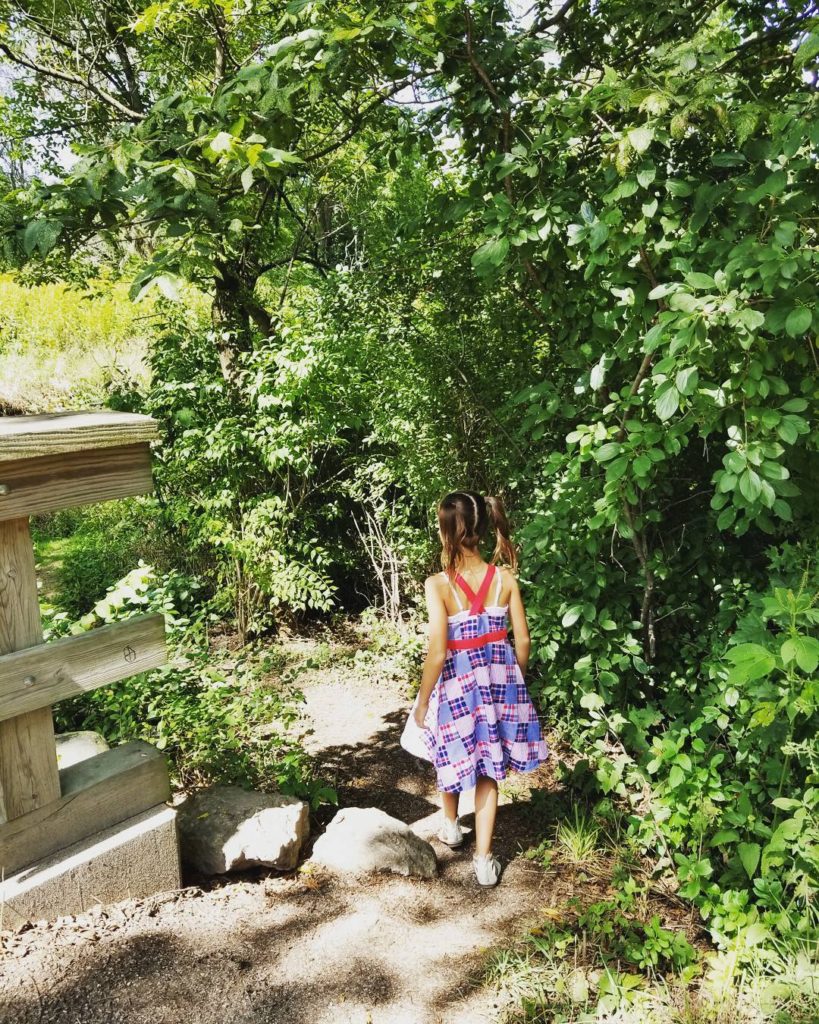 If you didn’t read the last post, “I’m Not There Anymore,” I suggest reading that first so that this post makes sense.

It’s been a few days since my day in court, and I’m feeling much better. Overall I wasn’t feeling all that bad to begin with (compared to prior years in court), but either way it always takes a lot out of me.

This whole process has just been ridiculous. As a bit of background on this most current situation that brought us into court, Ex is ordered to pay 50% of all our children’s medical, daycare, school, and extra curricular expenses. But about a year ago, he started to fall behind again; which if you are new to this blog, is a constant issue with him. He either doesn’t pay the bills and/or child support, I take him to court, he is threatened with jail, and he catches up for a few months on a payment plan, before he stops paying again.

Sensing that we were about to head down the familiar legal intervention path, I told him that if he started paying me a set amount per week, that I would personally eat the cost of anything above and beyond that. The number that I offered him was significantly lower than what expenses actually are, but it would have been worth it just to not have to deal with him. To make the offer sweeter, Mr. Attorney Man graciously offered to waive the fees billed from prior court dates that Ex had not yet paid (since Ex was found in contempt, he has to pay my attorney).

Then he stopped paying anything at all, and eventually went off the grid completely. I filed a court petition, Ex was ordered to turn over his financial statements, and I found out that he had not been homeless as he had previously claimed and cried in court, but rather living off a 6 figure income.

With that info, there was no way for him to truthfully plead that he could never pay anything. Hell, with those numbers, he actually owes me a quite a bit in back child support!

But instead of settling his debt, he hired an attorney who took the case, and conceded that Ex had no case because he was in the wrong. Ex then agreed to pay all of what he owes me (which is triple the offer I gave him a year ago), and now also must pay for both his attorney, and mine.

Way to rack up five figures that you wouldn’t have to have pay, had you not been such a loser.

I mean seriously, you cannot deny the proof, he is clearly not all that bright.

So as you read on Friday, we went to court to try and come to an agreement, but in the chaos of everything going on that morning, I began to get swallowed up in the PTSD Ex left me with.

It didn’t help that I was really unsettled by his attorney, and let me explain why; neither Mr. Attorney Man, nor I, had ever heard of his attorney before, so naturally, I googled him. Imagine my surprise, when the first thing that pops up is an article written about him, when he pled guilty to seven felonies, including reckless homicide.

How does he still have a license to practice?

The court system you guys, I just don’t get it.

So I went into court not only knowing I was going to see Ex, but also thinking “wow, I’m about to meet someone who has killed a person, and that feels scary. A person who now represents domestic abusers as they try to continue neglecting their children, and I’m not really sure what to think about someone like that.”

But as much as I’d love to judge him up and down, left and right, it’s not my situation to judge, so I won’t. I can only hope that from whatever occurred in his past, he learned something, and that something is making him a better person.

I promised myself that I’d keep an open mind, and to my surprise, he did share some unflattering observations about Ex, Ex’s wife, and their kids. Overall he didn’t seem all that impressed with them, and appeared to sympathize with what Ex had put me through.

Buuuttttt… maybe he is just a schmoozer. I’ve seen Mr. Attorney Man “befriend” Ex enough to know that you can’t trust the surface observations when negotiations are involved. And, while waiting, my friend overheard Ex’s attorney telling Ex “she’s pregnant! She’s going to want to settle because she isn’t available to come back to court!”

So who knows. Everything. Weird.

What I did know was that due to the last minute hearing change, the attorney being late, and Ex rushing off to work, everything was rapidly unfolding and smothering out the plan that Mr. Attorney Man and I had been preparing months for. 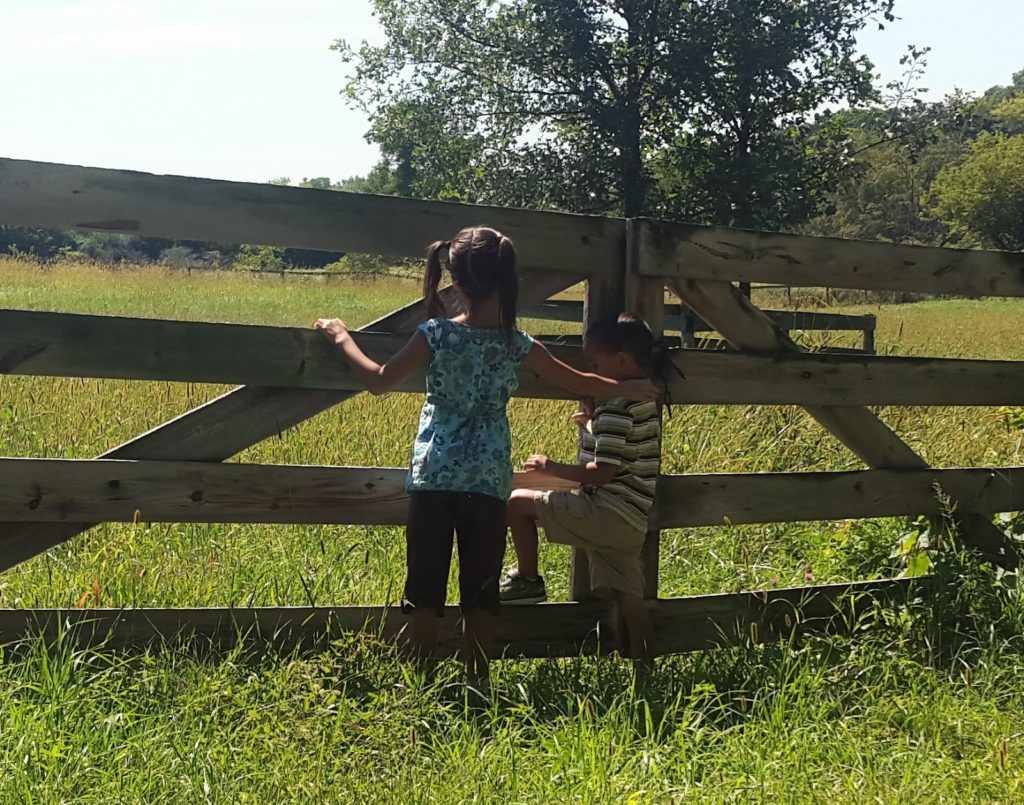 Unfortunately for me, PTSD just isn’t that flexible. I’ve signed things in court before and then called Mr. Attorney Man the next day and asked him what I had agreed to, because I had no idea; as I explained in my last post, it’s as if I wasn’t even there.

So that morning, when everyone was telling me that a long ass repayment plan was my only option if I wanted to make the deal, I said no deal.

Maybe it was the wrong thing to do, but it was the right thing for me. Mr. Attorney Man has told me before, that even when court does sway in my favor, that I never perceive it as so.

I think the reason behind that, is that in court, I’ve never really been in a good mental state to be agreeing to anything. No matter what the logic has been, or how solid it is, PTSD prevents me from comprehending that inside a courthouse, so I’ve simply conceded to what I was told I must take, and walked away.

And I always regret it.

I hate that five years out of this relationship, that I still struggle with this. I pride myself on being in control of my life, my thoughts, actions, and emotions, and if feels shameful admitting that I still get stuck like this in court; stuck in a place where I feel completely out of control.

I don’t want to be that girl anymore, so on Thursday morning, I chose not to be.

Through tears, I told Mr. Attorney Man that I was having a difficult time comprehending what was going on, and I wasn’t going to sign anything. 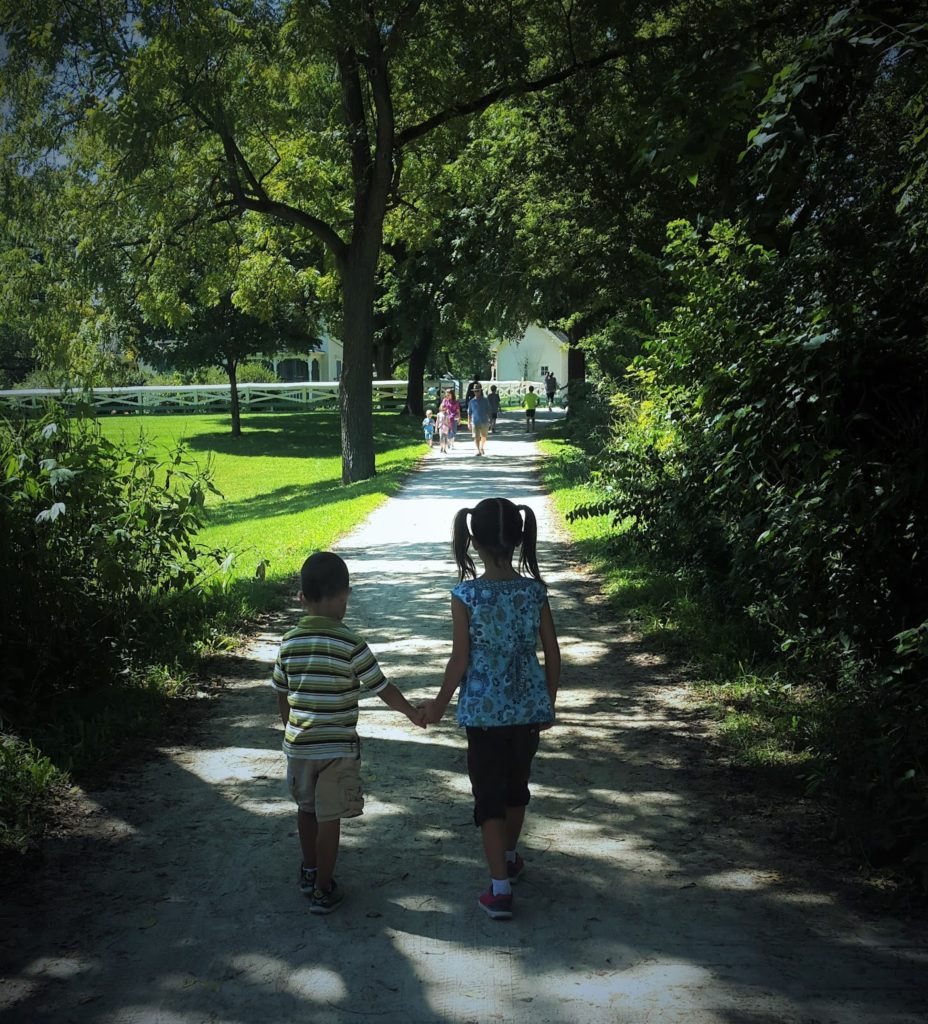 But before I did, Ex’s attorney asked me, “what do you want?” I stood there for just a minute, before answering with the truth.

“I want him to pay what he owes. I’m not a bank, I didn’t agree to give him a loan, and I don’t want to finance his repayment for the next several years.”

His attorney replied “we are trying to keep him out of jail, so that he can pay you.”

To that, my response was pointed, yet unashamedly heartfelt. “I don’t want his money. I want him to stop doing this to me. People throw around the phrase ‘what I wouldn’t give to see my ex in jail’ and you know what? I know very well what I’d give. I’d give about five figures. Happily.”

My ex’s attorney didn’t go to prison for his crimes. Instead, he was sentenced to do a bunch of things that would supposedly make him a better person, because the law decided that it would be a better idea to rehabilitate him. And I didn’t get a chance to ask him, but I would hope that his answer would be “yes, I am a better person now, because I learned, and I changed.”

He ended someones life, catastrophically changed others, and now he has a chance to make his life mean something other than what he took away from this world.

So where is the rehabilitation in my ex? How does ANOTHER payment plan change anything? He nearly killed me, he seriously damaged my children, and clearly, nothing has changed. He is not remorseful. He is not learning anything. He doesn’t care what he does to the lives around him and I know this, because we have been doing this for five years now, and the decade before it.

A rehabilitation plan for him isn’t the better option, so I’d like to stop agreeing to it.

His attorney looked at me like I was crazy when I told him to throw his client in jail, and maybe I am.

You cannot deal with a crazy person for over a decade, and not expect some of it to rub off on you a bit. My ex should actually be very happy that I am as sane as I am, because the amount of crap that he has put me through, is just not normal.

Mr. Attorney Man and I will reconvene soon to chat about what comes next, but for now, I’m happy. 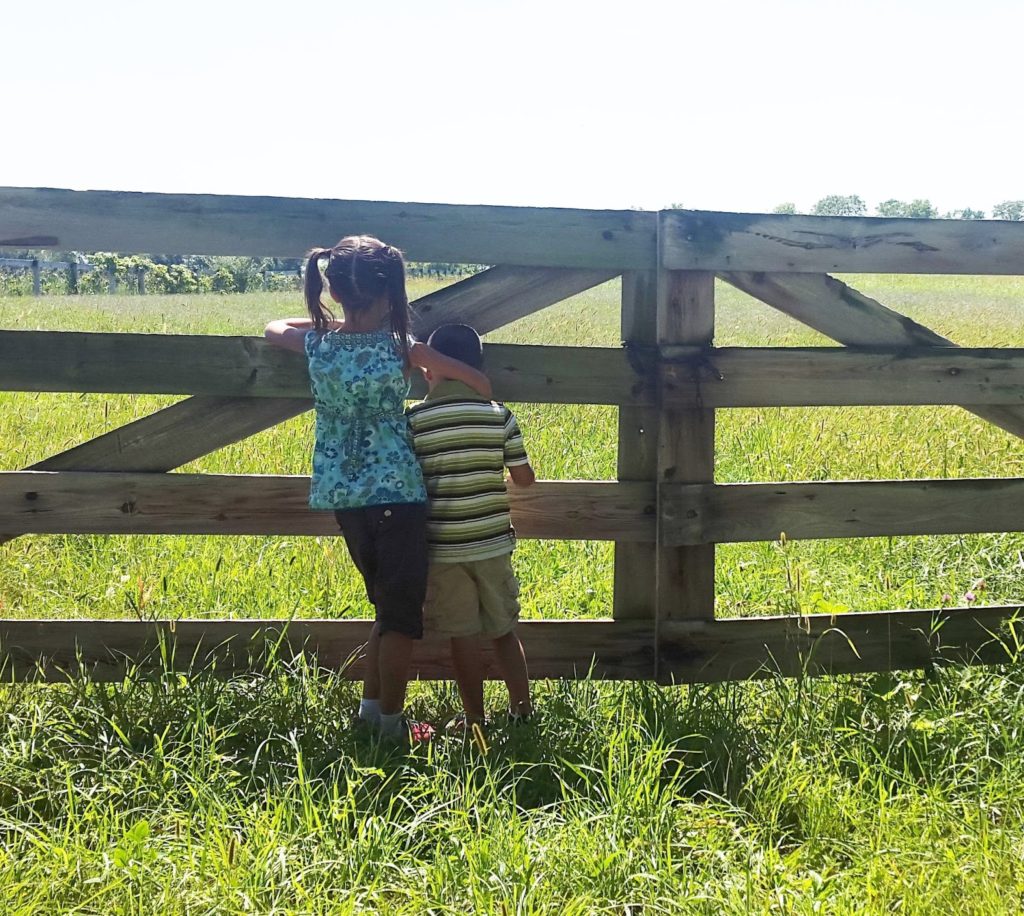 For once I didn’t walk out of court feeling like I had gotten screwed, and if I do sign an agreement, I’ll be in a better place to be agreeing.

Maybe for once, I’ll actually be agreeable, and that will go a long way for me.

I’m proud of myself, because even though it initially felt like I had once again lost myself to PTSD — lost myself to my Ex — I realized over the weekend, that I am still moving forward in the healing process.

I made my voice heard.

I said no, and that’s a lot more than I did in my relationship with my ex.

It’s funny, when you look back at the difficult moments in your life, and realize that although uncomfortable, they were moments of growth. Growing pains is a real thing you know; when you have to stretch yourself past the point of comfort to get to a place beyond anywhere you’ve ever been.

I don’t like being in uncomfortable places, no one does, but I think it’s important to remember that when you find yourself in a place that you don’t want to be, you are simply in a position to choose to be the person that you’ve never been before. 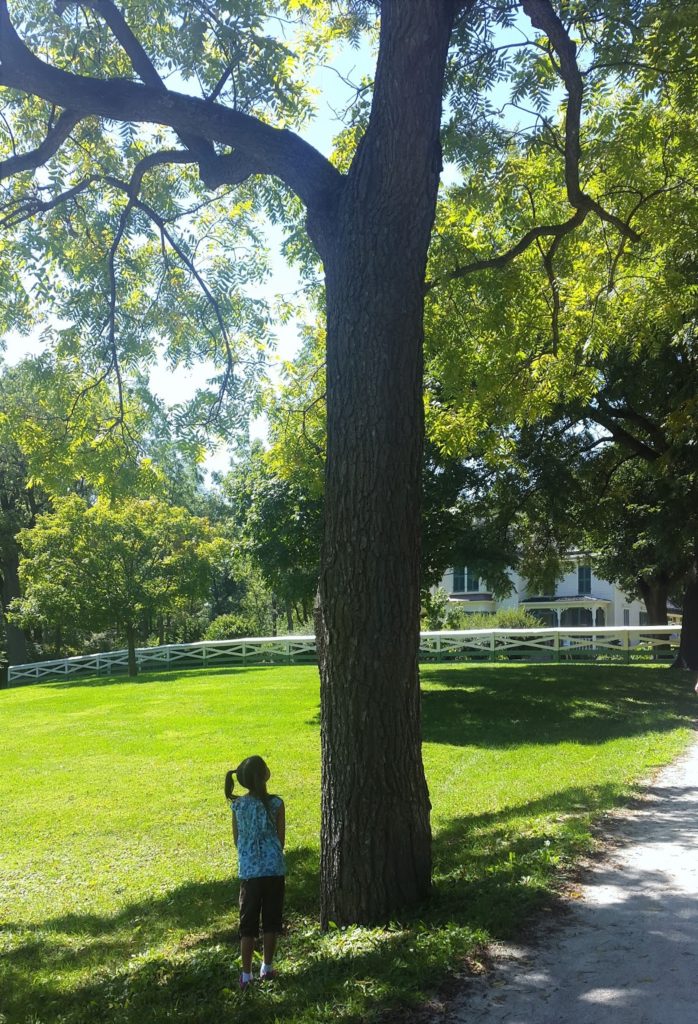 My Husband Sucks At Bowling