Do You Think I Could Wear Giant Metal Bugs On My Nipples?

Last week I went to my post surgical check up at the surgeon’s office. The good news is that the doctor said the outside of my nose is totally healed and looks exactly like we both wanted it too. In his words, “girl we nailed it.” The bad news was that the inside wasn’t as healed as he would have liked it to be at this point and I got a long talking to about how I was supposed to be taking it easy. Instead of being released from his care I now have to go back to see him AGAIN. That’s a huge pain for me because I don’t drive in the city so I have to bribe my friends to take me. Good thing I have great friends.
Anyways, while I’m sitting in the surgeon’s office I’m reading the only magazine that they had; Vogue. As I’m reading, I’m realizing something. Well actually, confirming something would be a better fit. I don’t understand fashion, I just don’t get it. The entire magazine was out of my element and with each page I found myself asking “huh?”
With that being said, I have decided that with my new life, maybe I need a new look. I took a few pictures with my phone of this springs fashion trends and I was hoping you guys could give me a little feedback. What do you guys think of these looks?
I’m not sure what copyright laws are on stuff like this, but all of these pictures came out of this magazine: 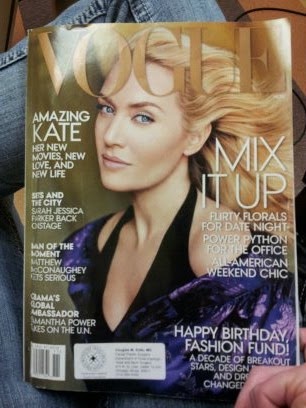 I don’t know about you, but I was unaware that “sexy” is now a girl with a mustache. They look half dead and HELLO, one has a mustache! Would any of you girls look at this and be like “you know what? I’ve never really thought about it before, but yea, a mustache might be a good look for me.” Anyone? Anyone? Men? Have any of you ever been like “That girl is fine, but she would be out of this world if only she had a mustache?” Any of you? I am apparently totally out of the loop. (I did however throw that mustache party and I have to admit, I made that look good.) 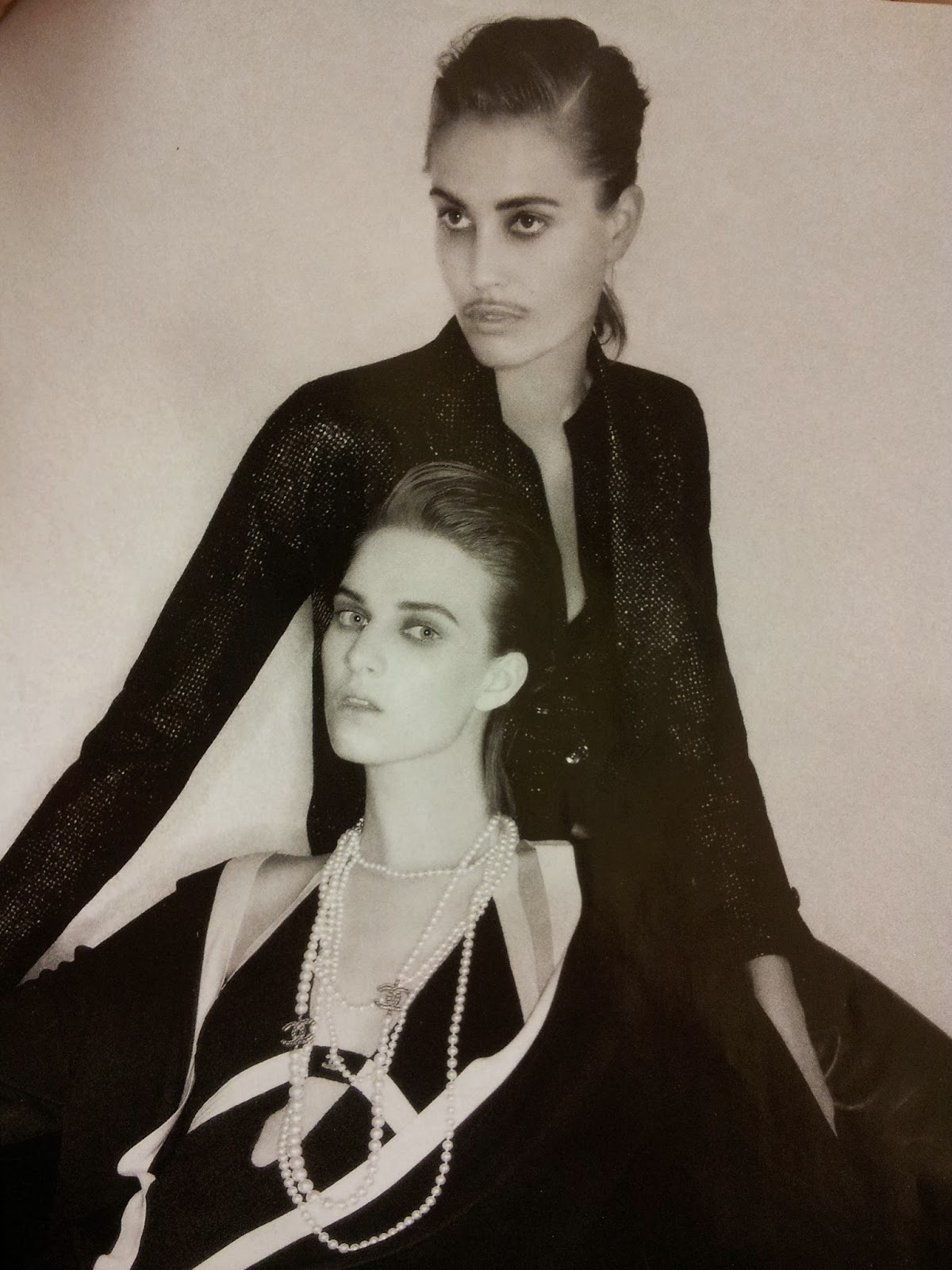 How about this one? Nothing says “I want to buy that!” like a girl who is obviously in pain from the shoes she is wearing. Clearly she can barely even stand up as she is draped over her identical twin and trying not to put full pressure on her painful shoes. You know what else attracts me to this look? I do love a good jacket that doesn’t cover most of the parts of me that would get cold. Does anyone know where I can get me one of these totally impractical jackets? 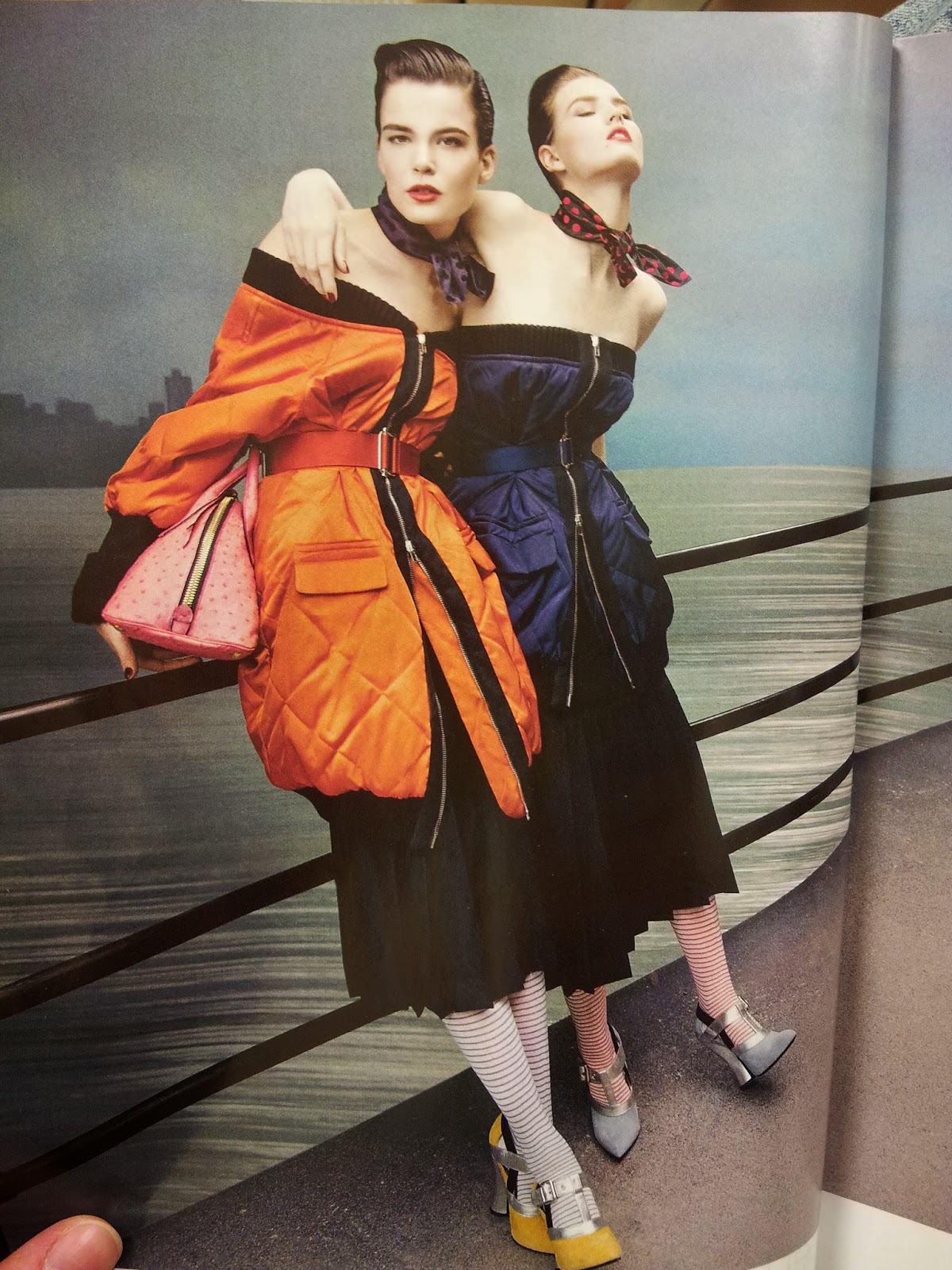 Now this might actually be a good look for me, seeing as how I am pale enough to pull at least that part off, but I’m not sure if I could carry around a dead fox all day. “Hey, do you mind if I put my dead fox on your desk while we have our meeting? I wouldn’t want him to get stepped on, he is dry clean only.” Of course I’d have to be ok with my boobies showing through my metallic dress, but hey I’m willing to give it some thought. 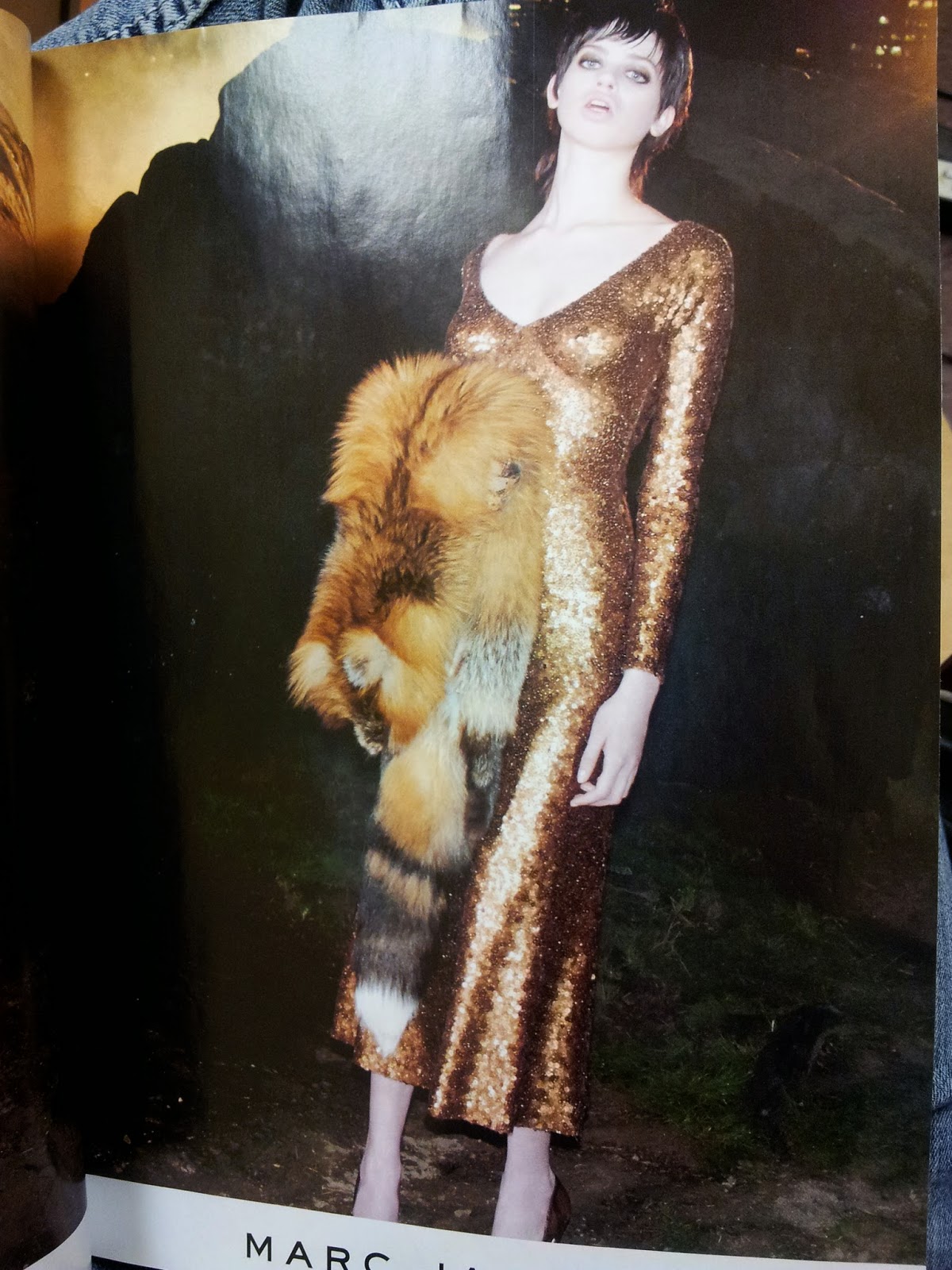 “Someone stepped on my dead fox and now he is dirty. Good thing I always bring my back up dead opossum.” 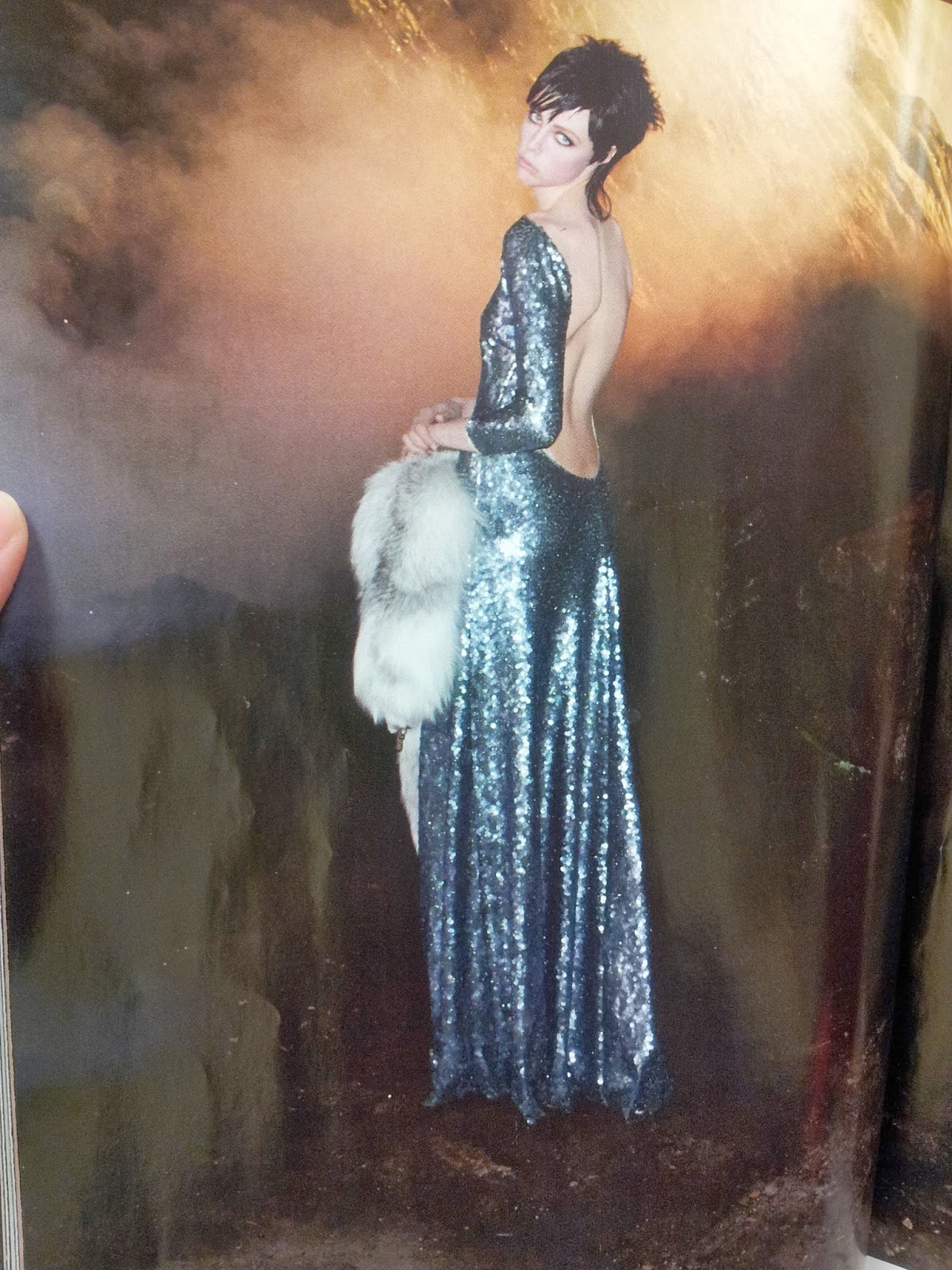 What about this look? This is sort of like “mental hospital meets walk of shame.” Guys, have you ever woken up next to a girl you brought home and while she does look kinda cute in your shirt, she also looks a little bit crazier than you remembered her being the night before? This might actually be a look I could pull off…as long as I meet someone at the swimming pool and go directly home with him. 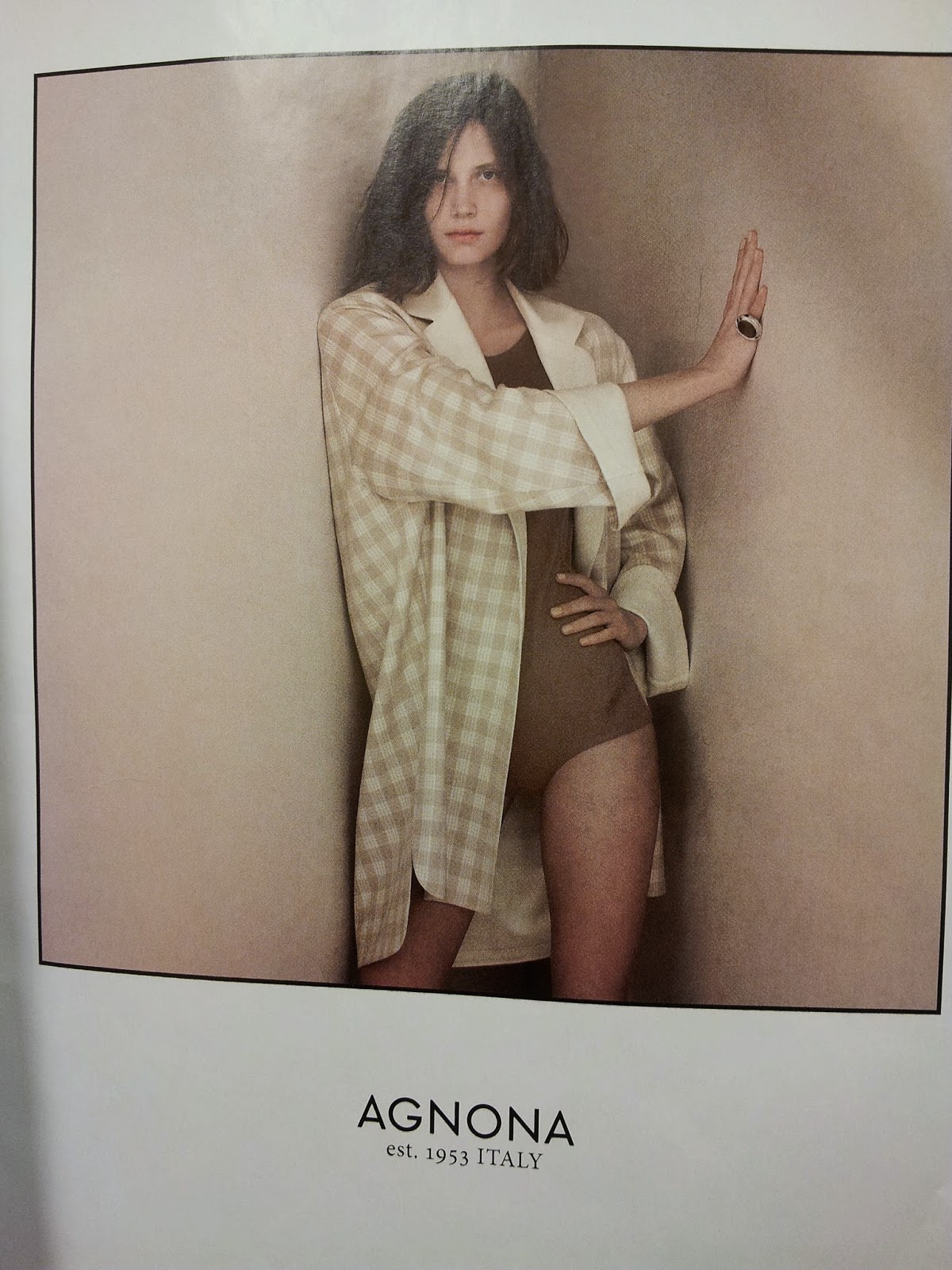 Yea, I just….I’m not really sure to be honest. 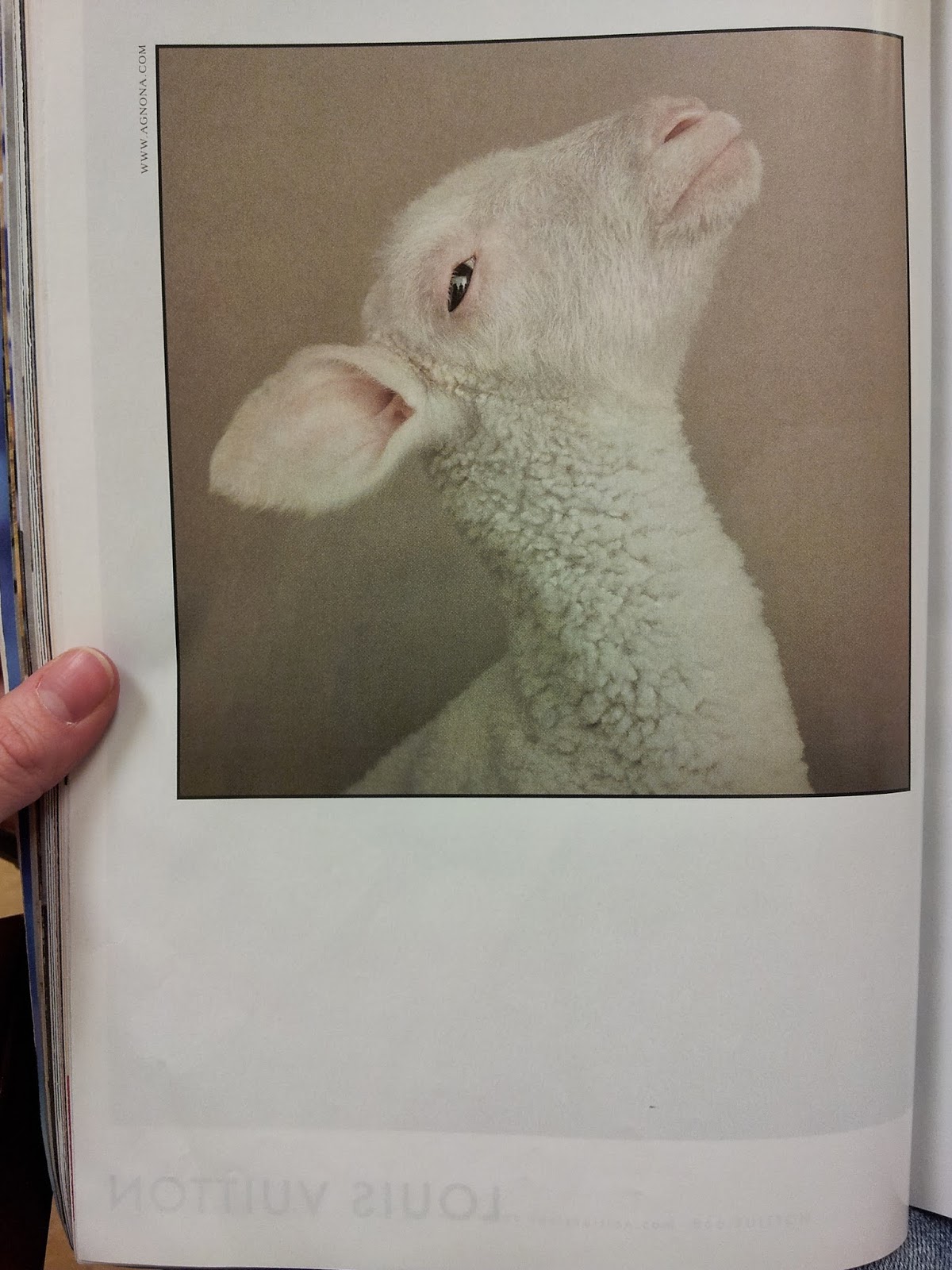 Now this is probably a look my mother could pull off, what with the “I’m going to suck your soul out” eyes and the spikes coming from her head. 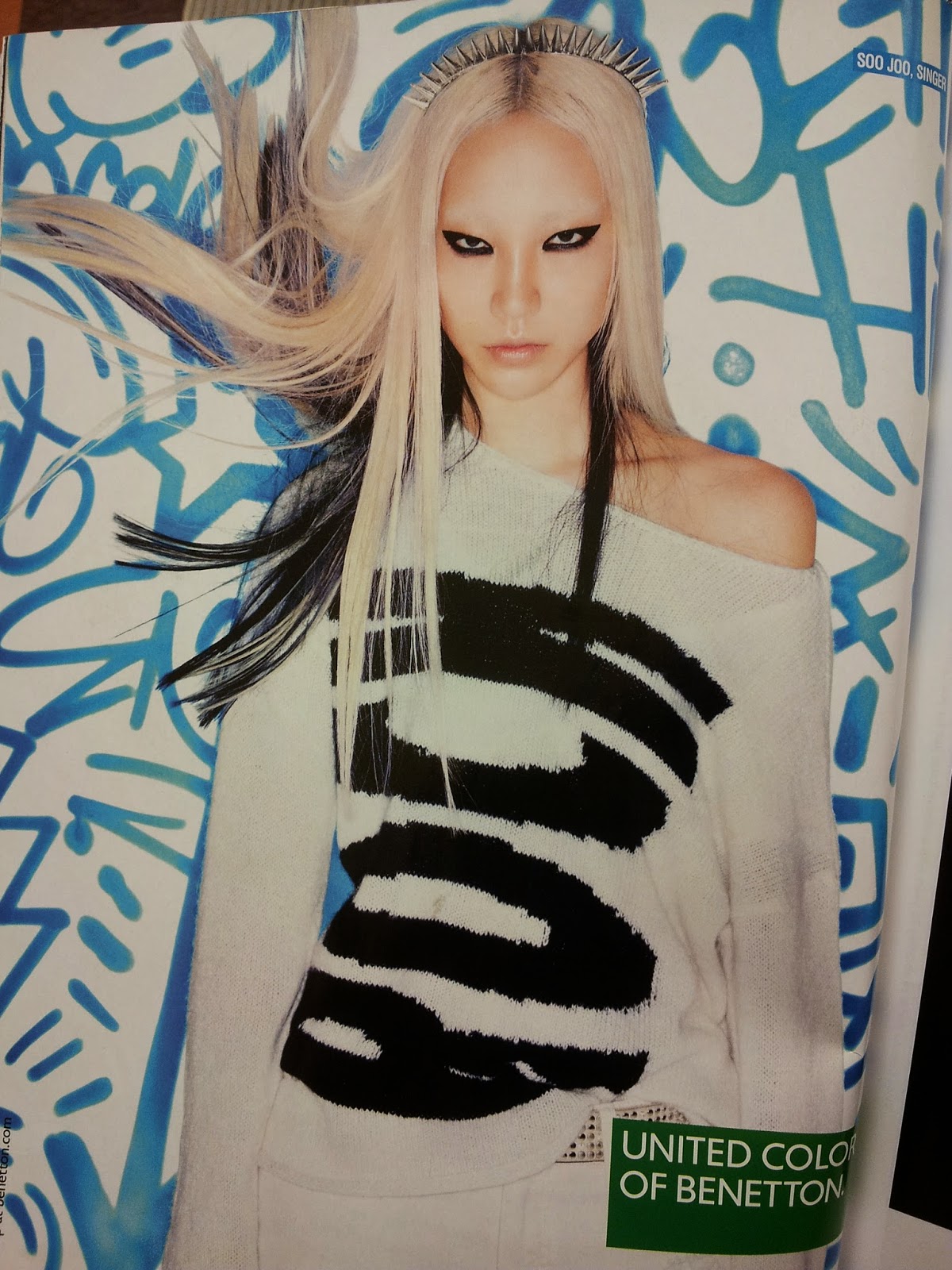 This might be a good look for when I get older and I want to show off that my new hip still bends. I’m going to archive this one for the next 40 years and come back to it. 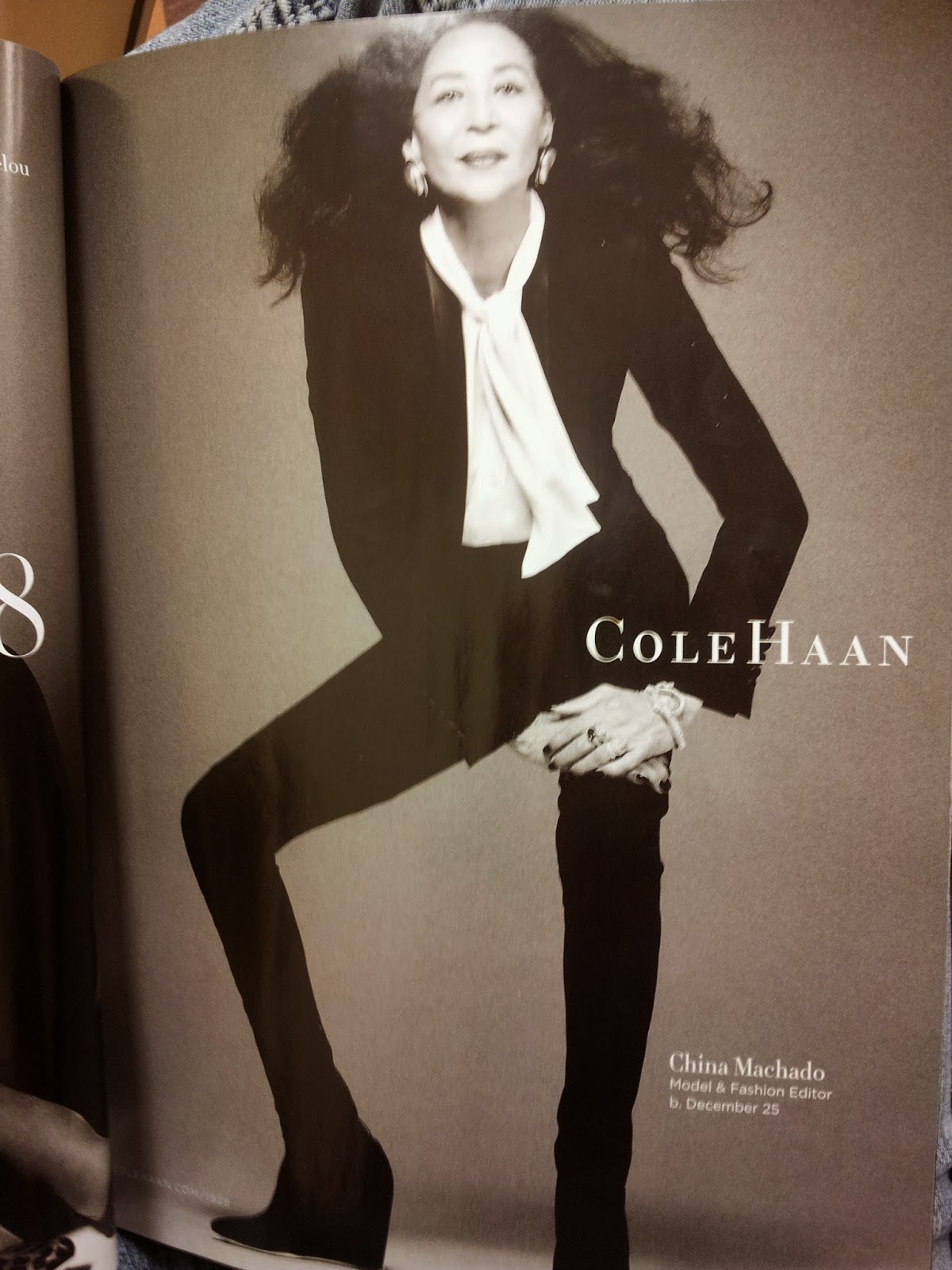 Now this, this my friends is a look that I might actually be able to pull off. Not to mention all the time I would save by drying my hair while I’m still in the bathtub. 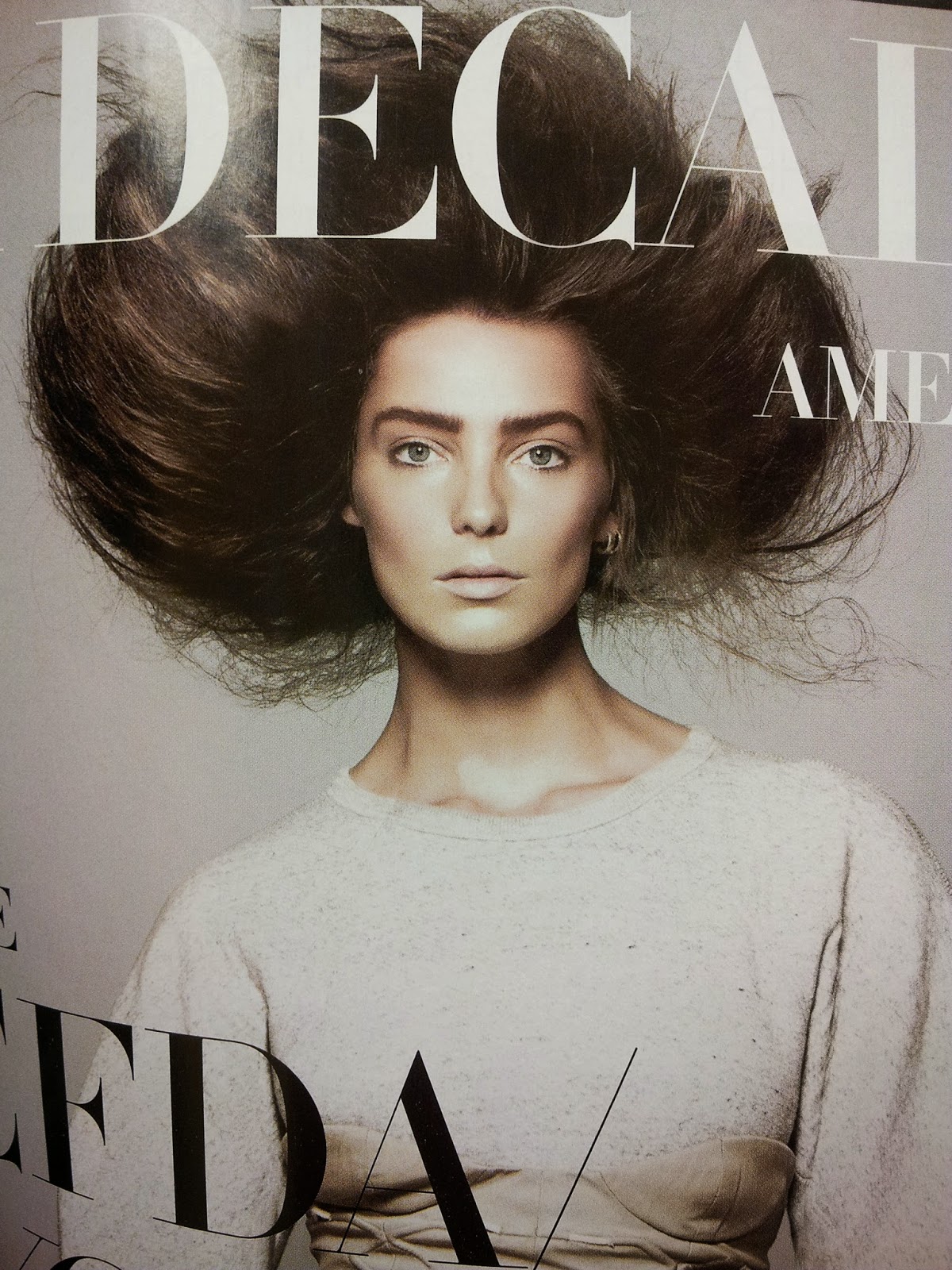 I’m not sure what I would do with a GALLON of perfume, but I could probably pull off that pouty look after 15 or so botox treatments. 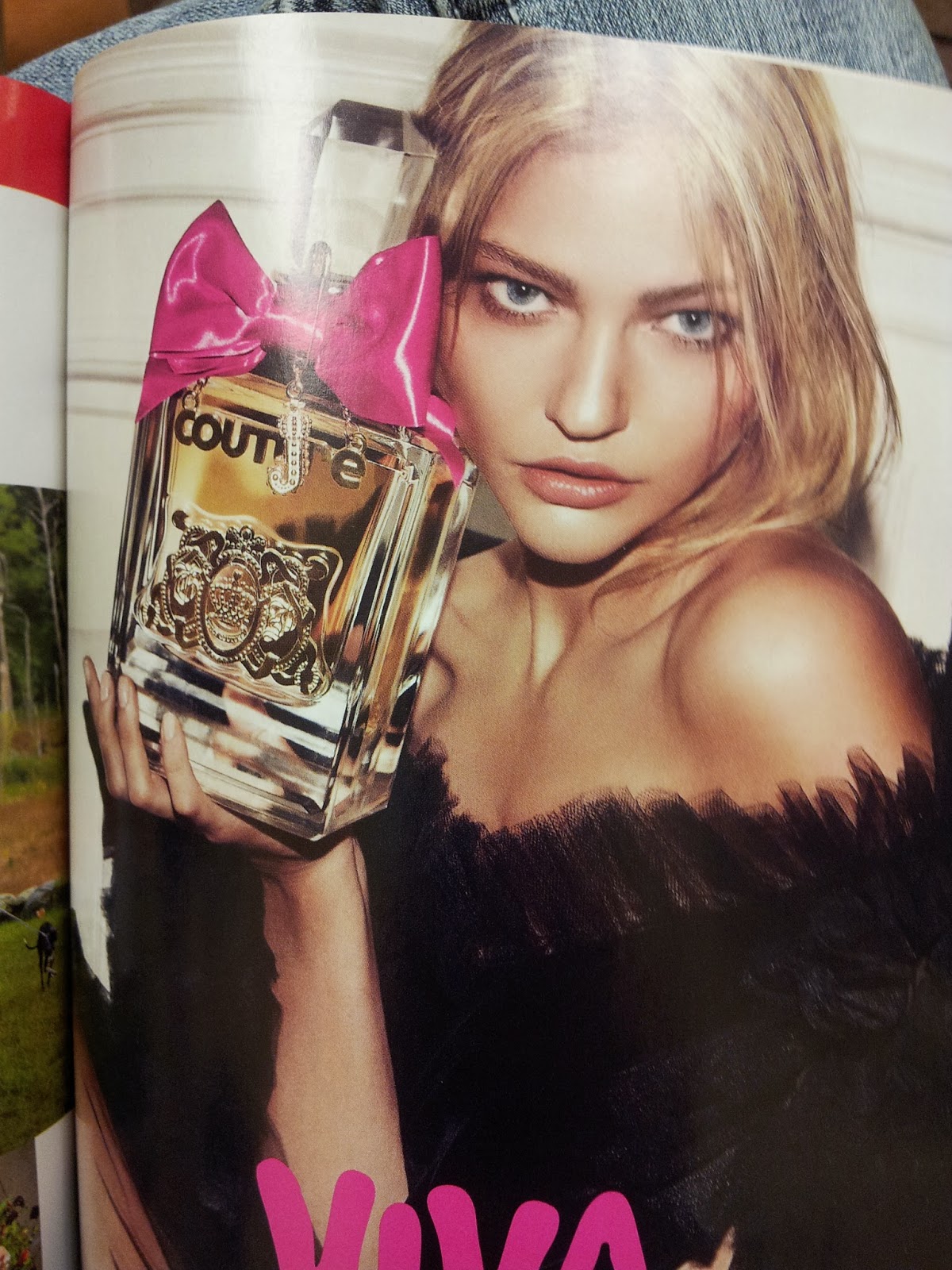 Now this a look that I have successfully pulled off in the past. You know what I’m talking about right? “Oh fine, I’ll just sit over here and pretend that I’m just happy and relaxing while clearly I am the third wheel to this little friendship duo the two of you have going on over there.” 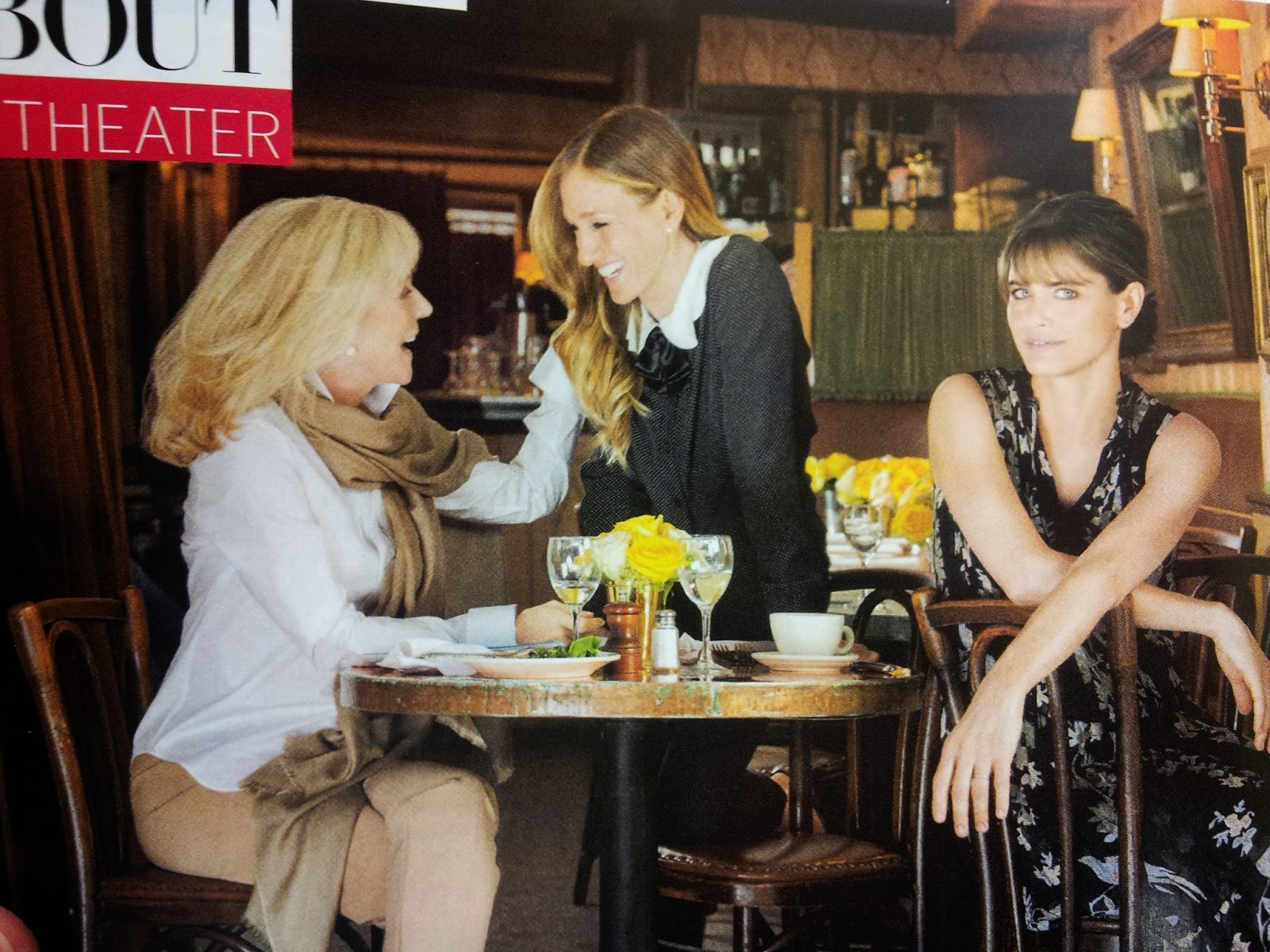 This one I might need a little help with. First off, I need a robot boyfriend. Secondly, I’m going to need 30lb shoes. Third, I am going to need someone to help me climb those rocks in my 30lb shoes while holding my robot boyfriend. Once I’m there though, it should only take me an hour or so to get into the vertical position in that skirt without kneeling on a sharp rock and then I’ll have to find a way to lay down on all those little rocks, but when I finally get there, man, robot boyfriend had better watch out, shit’s going down. 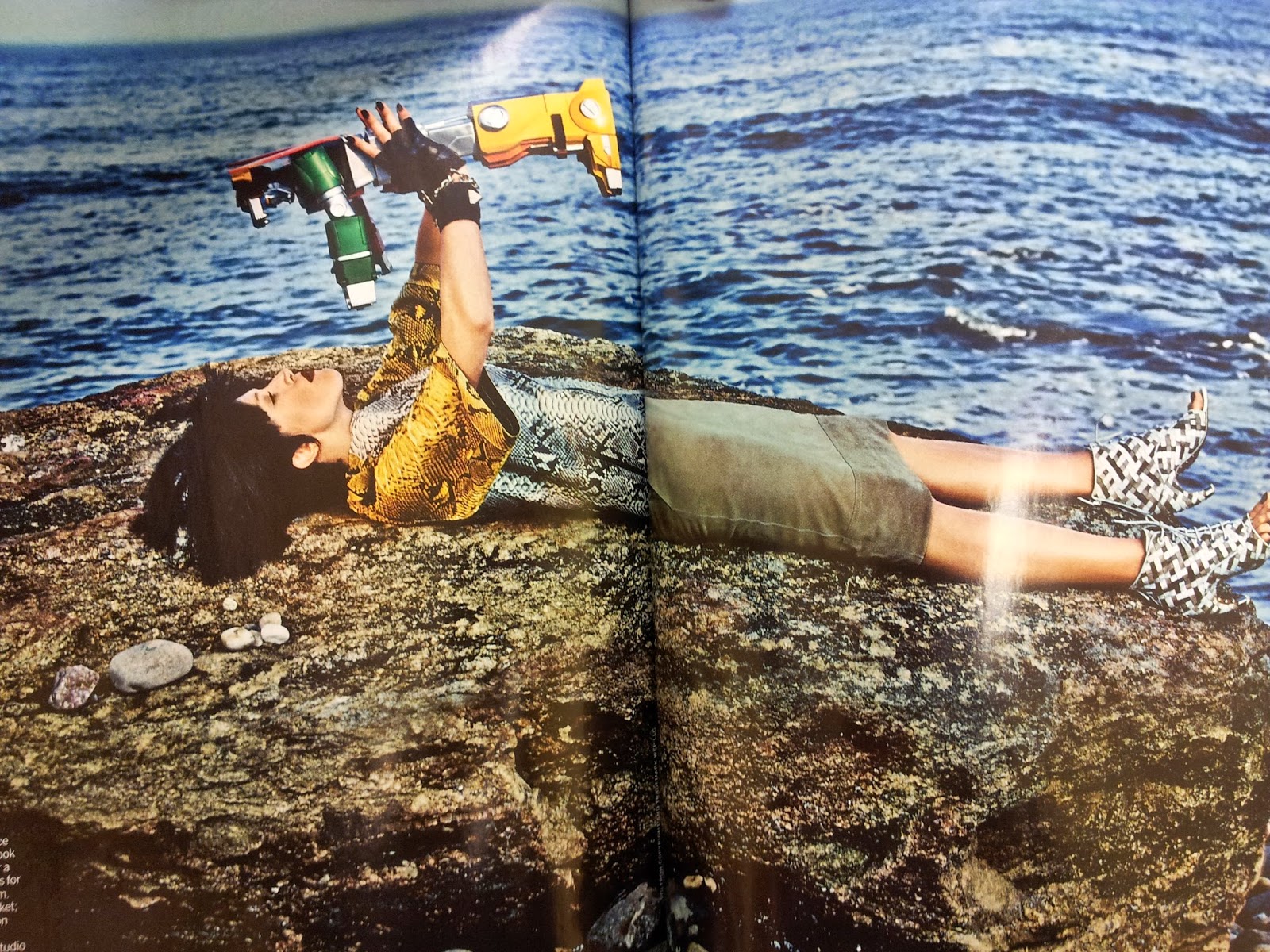 This is probably exactly how I would look if I did model work. “Eden, just act natural. Walk naturally.” Now if only I could figure out how to get both of my feet off the ground at the same time like she is…..” 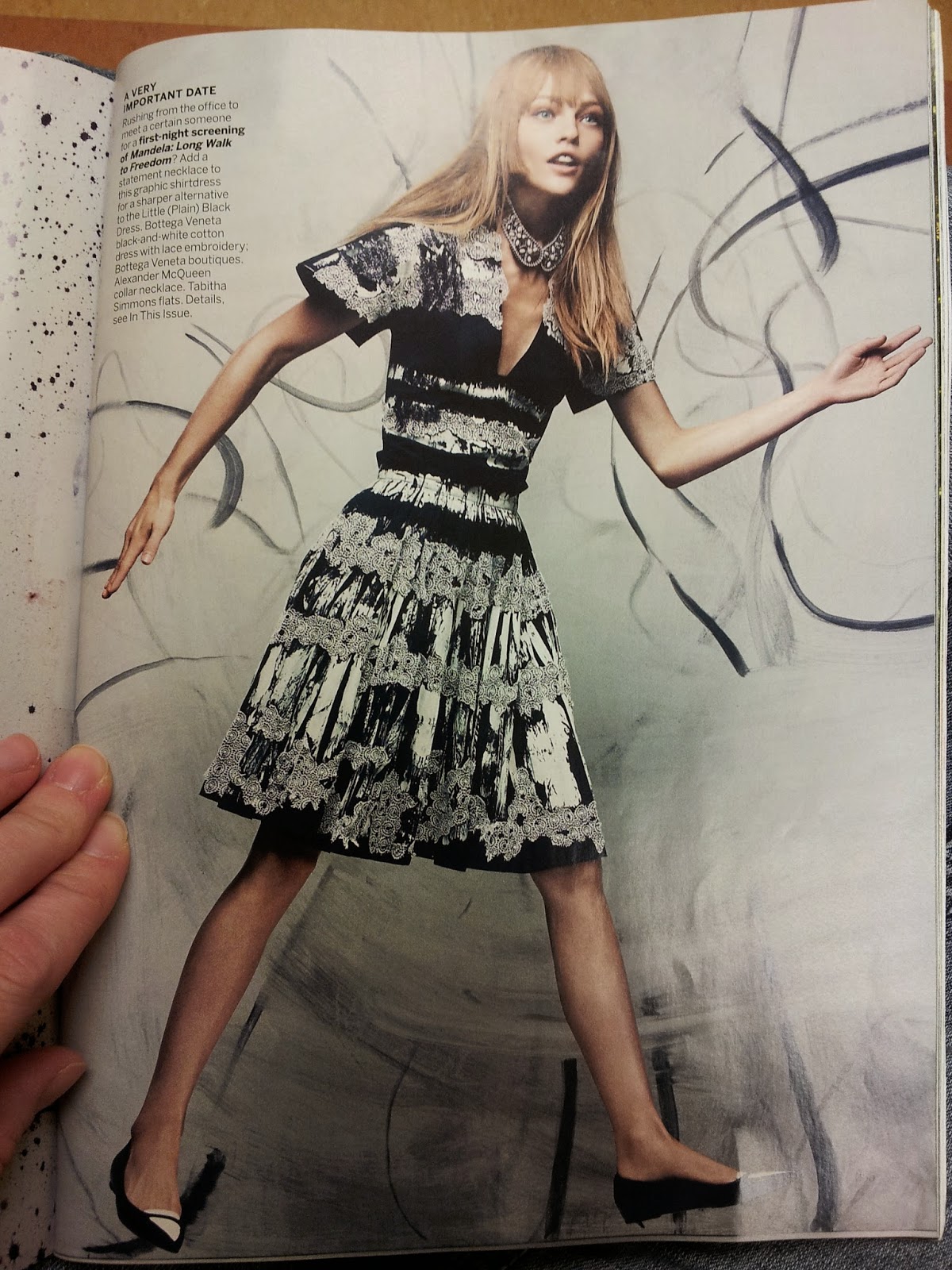 I’m going to be honest here, this one might be a bit advanced for me. I’ve personally never worn giant metal bugs on my nipples nor on my face, but I’m willing to give it a whirl. What sort of life scenario do you think calls for an outfit like this? Clearly I have been living under a rock because I honestly have no idea. 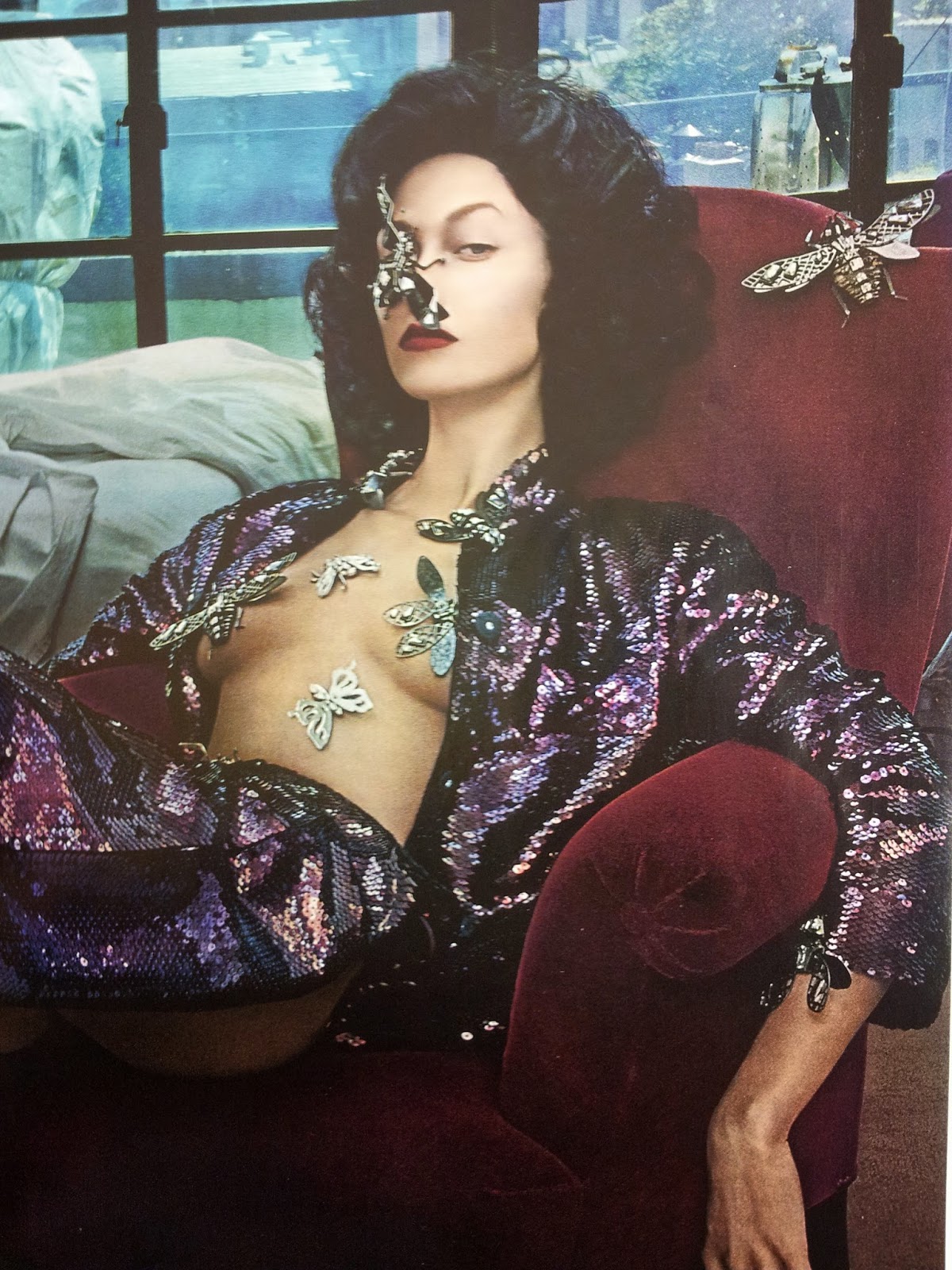 I could totally pull this off, if I died and came back as a ghost. I’ve also looked fairly close to this after some long nights out on the town. You may call this my Sunday morning church look. “I’m here! I’m appropriately dressed! Just ignore the fact that I haven’t slept in 49 hours and I look half dead. I’m still here!” 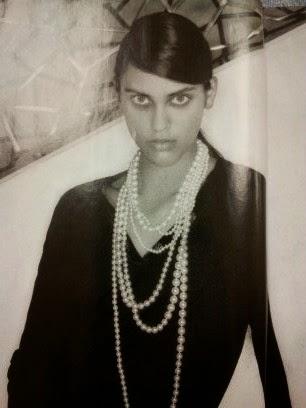 I will need some friends though to help me pull off the entire look. “Which look do you want, Sunday morning hangover or the mustache look? It would be crazy if we dressed the same. We will also need someone to come looking like they are heavily medicated.” 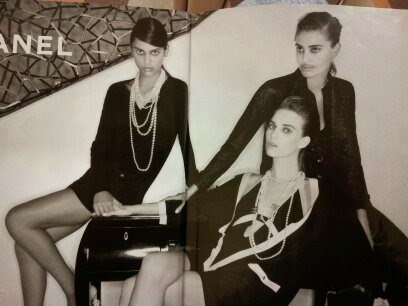 I
This look I’ve got down. This is my “What? What? Why are you talking to me? Did I fall asleep on the couch? Was I napping? What year is it?” look. 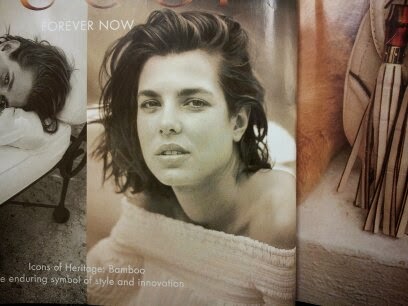 I don’t think I have enough social class for this look. Clearly this is a look that says “I got to the restaurant before my date did, just play it cool. Act like you are just chilling. Look relaxed. Don’t look trashy but unbutton a little and show him some shoulder.” Nope, in my case, dude is late, he gets there, I’m already eating with the people at the table next to me. 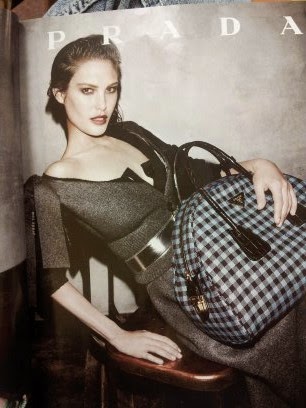 I couldn’t pull this look off. First off because I was not blessed with any melanin whatsoever and secondly because I do not look like barbie in real life, that is if Barbie had a totally unnatural smile. 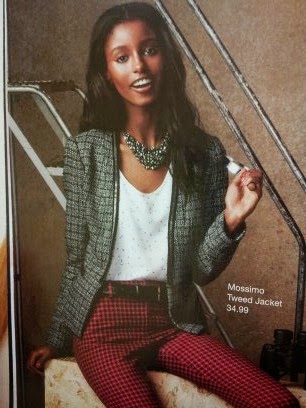 However, if I do successfully pull off a very fashionable look, this is exactly the photo that I would want the paparazzi to use of me. This is what I would want all of my friends to be able to frame, scrapbook, and of course hang on their refrigerators. Me lookin’ my best. 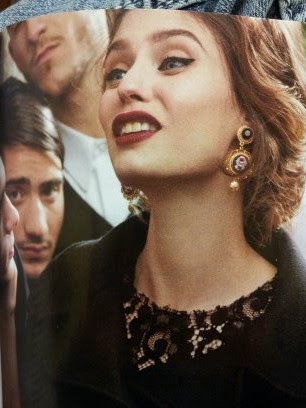 I don’t generally find myself piling all of my furniture on top of my cat, but heck, if I could find an outfit made out of faux leather and gold, I might have a change of heart. I will also need to get a cat. 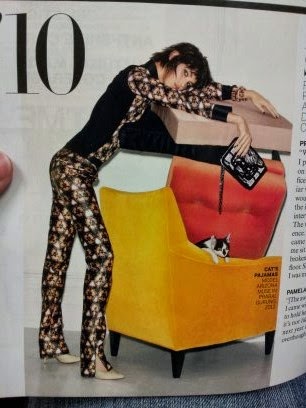 Now I was thinking, I might need to be creative to find a robot boyfriend to take on the rocks with me, so I’m thinking the plan might be to dress up like a snake and throw myself into the road. At first Mr. Robot Man will just be riding along on his motorcycle and be like “Oh, there is a snake in the road. Oh wait! Its a sexy lady!” If he doesn’t stop, I can’t always pull that cord across the road and cause him to wipe out. Just to be safe though, in case all else fails, I will wear a helmet and discretely disguise it by covering it with hair. 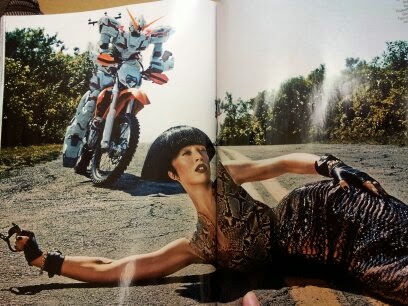 Yall know I don’t like camping, so this look might not work for me only because I usually try to avoid getting in the mud while I’m wearing a dress with matching heels, but heck, if someone needs me to pull a chain out of the mud, well, I guess I could help. I’m not sure I could pull off that hairdo though, I’m not blond, or white, or whatever that is. 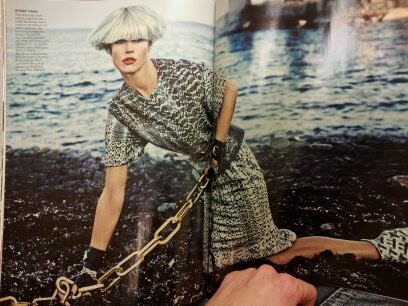 I could probably pull this look off if I had a few hundred vials of botox. Its not that hard to be like “Oooo, oh no, oooo, its windy, I almost lost my hat, oooo.” 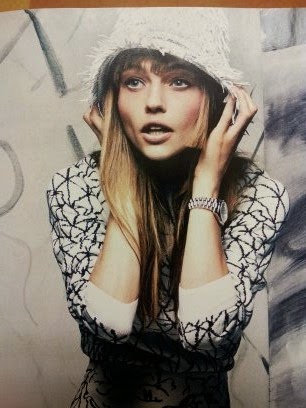 I’m telling you though, until I can figure out how to levitate, I really don’t stand a chance in the fashion world. 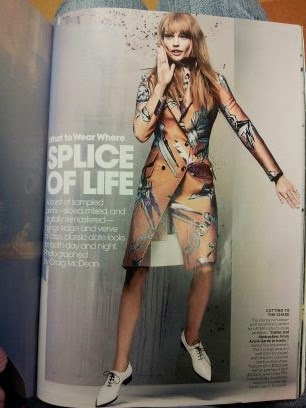 What do you guys think? Which look do you think suits me best? Any suggestions?
Tags: Health, Odd, Why?
Newer Posts

My Life Is Completely Unrealistic