As most of you know, I have a rare genetic disorder that causes me to have to be on a very specific medical diet. Every couple months I have to get a blood test that measures markers in my blood that tell my doctors if I’m ingesting gluten. Because I don’t have any immediate reactions or digestive symptoms to eating gluten, I really have no way of knowing if I’m getting “glutened” by something until a major problem arises (remember how sick The Boy Child suddenly got?), which I would obviously like to avoid. 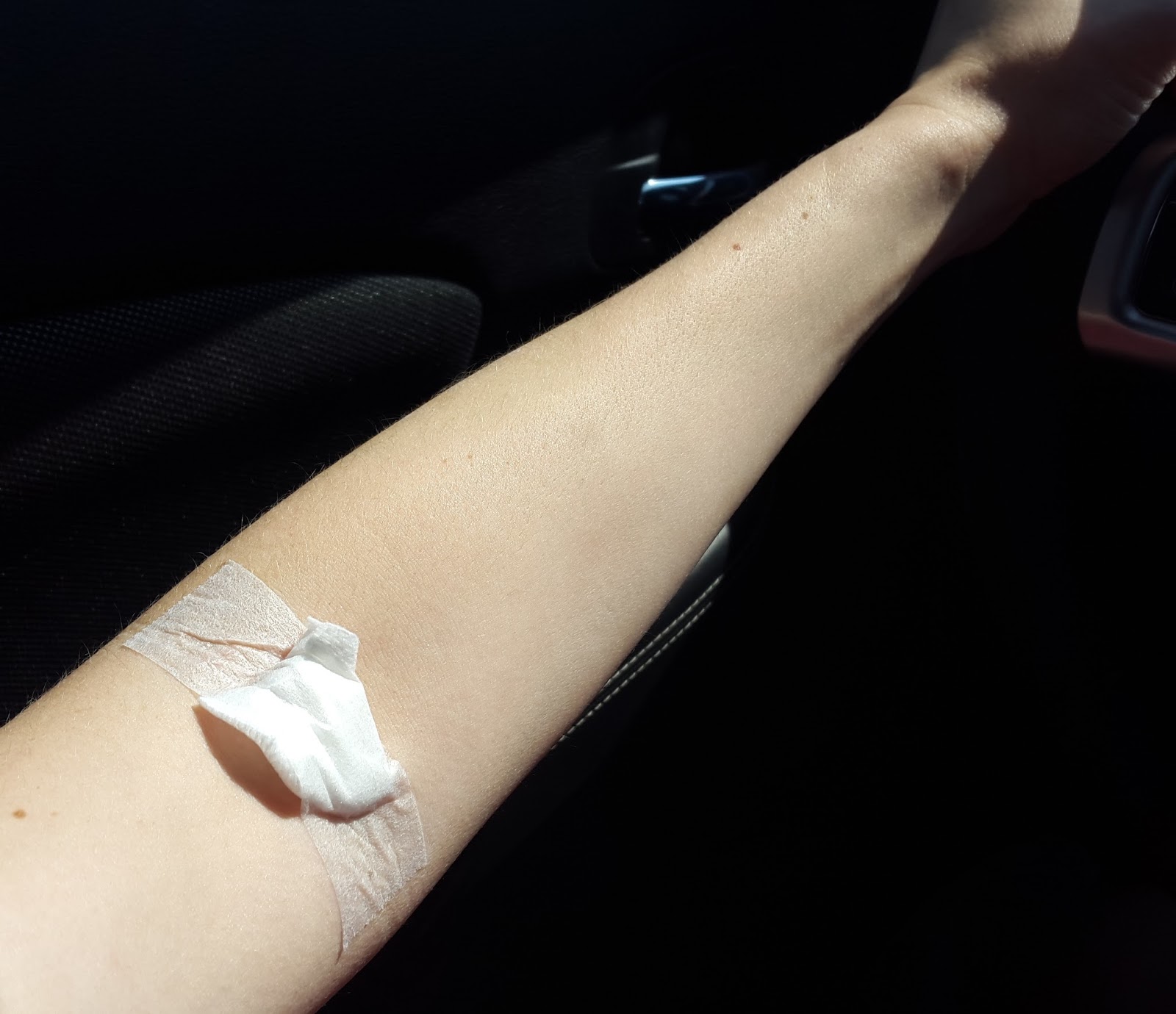 I’ve gotten a bunch of emails recently asking me (and Mr. Attorney Man actually asked me the same thing not long ago), “if you eat gluten, does it eventually filter out of your system?”

It’s not going to build up and turn into an 8lb block of wheat somewhere in my body.

It will filter out eventually, but the danger is in the fact that since my body can’t process it, eating even small amounts of it every day will start to affect how my body functions on a molecular level and cause serious damage to my organs. So like I said, by keeping tabs on my blood markers I can tell if I’ve accidentally started eating gluten (that stuff hides in everything!), find the culprit in my diet, and give my body a chance to heal before I do any irreversible damage.

Does that make sense? For example, before I knew I had this disorder I was really sick. I had all kind of problems including a heart condition, but once I went gluten free I got better and my heart actually healed itself. I’m fine now, but if I were to start eating it again I would get really sick again.

So basically this post serves to answer the 150 emails I’ve gotten on this subject, and to give you a little giggle. Do you remember that post “Only Me Part 2?” In that post I told you what I overheard while sitting in a Dr’s office waiting room and how I almost suffocated myself trying to stifle my laughter as I watched a 175 year old couple using their iPhones and Facebook.

Well, this afternoon I was sitting at the lab waiting for my blood draw and my kids were (for once in their lives) playing nicely with the waiting room toys. I was bored out of my mind, wondering what was taking so long, and of course doing what really bored people do; I was eavesdropping on the people around me.

I have no shame.

Across from me were two old ladies that honestly looked like could have been in their early 90’s. The older of the two, the one that looked like a Q-tip because of her slender frame and puffy white hair, had apparently just gotten a new smart phone.

**Interjecting: What is it with old people, smartphones, Facebook, and waiting rooms?**

Q-Tip To Friend: And look at this!! My grandson set me up with this, I think it’s called an app, but it’s the headbook. Yea, see these little head pictures? Those are my friends that also have intelligent phones and they have the same app. So all you do is scroll, that’s what it’s called when you use your finger to move the screen up or down, you scroll down and see what your friends are saying. Like this one right here. She said ‘did you know that when sea otters sleep they hold hands so they don’t drift apart?’ Oh gosh, well isn’t that cute? Now here, look at this, I’m going to show you how to make a smiley face so we can leave her a message on that.” 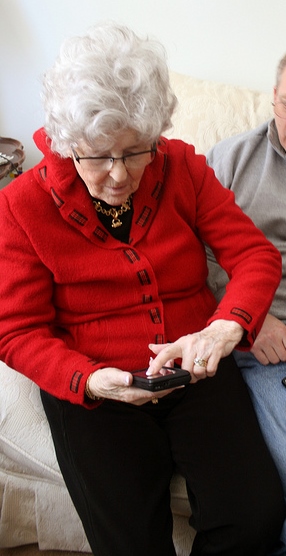 You guys I was literally biting my lip to keep from laughing out loud and I was trying as inconspicuously as I could to wipe the tears from my eyes. Eventually they stopped talking so it was time to barge my way into someone elses conversation, particularly the father and son sitting next to me.

The boy looked to be about 9 or 10 and was positively melting out of his chair and onto the floor in his own world of boredom, and his father was whisper scolding him.

Father: Sit on the chair right now. Get off of the floor and sit down now!

Father: I offered to drop you off at day care before we came, but you didn’t want me too, you wanted to come with!

Son: You said it was only going to take a couple of minutes!!!

Father: I said it would only take a few minutes for the test. I said nothing about how long we would have to wait to get in. You didn’t ask me for details, next time, learn to ask for details.

Well kid, your dad does have a point!!

The son continued to wail and whine and eventually the father told the front desk that he would come back later, and they left.

Now all that was left was two women who looked to be about my age. I didn’t really need to barge my way into anything with them, because as the room emptied out they just grew more comfortable in loudly discussing everything that was on their minds, particularly sex and babies.

Blonde Girl: Like I’m going to give him a baby when he is holding out on me. Hell no. I am not giving you a baby if you’re not giving me what I need.

Other Blonde Girl With Huge Boobs That I Couldn’t Help But Notice: Hell yea, no dick, no baby. Plus you can’t even really have one without the other.

Blonde Girl: Right? I’ll teach him to hold out on me, I’ll hold out longer. Do not pass go, do not collect $200, go straight to jail. 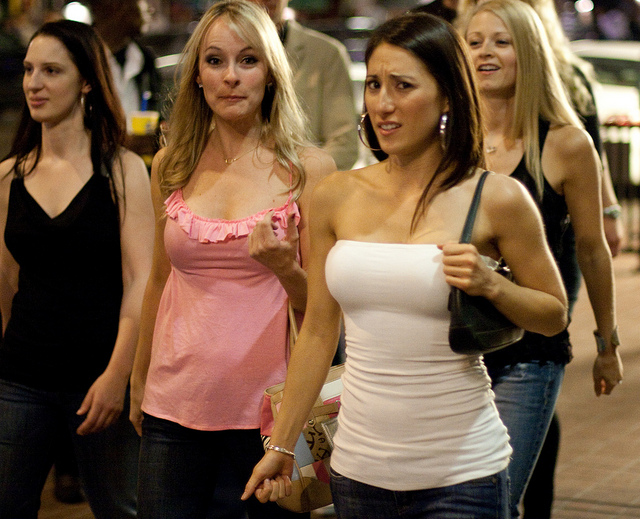 Then I was called back for my turn. The kids and I shuffled our way back to the room, I hopped into the chair, stuck out my arm, and then in slow motion, before I could even react, or scream, or tackle him to the ground, I turned my head just in time to see The Boy Child pick up something from the floor of the lab and put it in his mouth.

If You Liked This, Read More Just Like It!


“Things I Never Expected To Learn At The Gynecologist”

“Conversations I Did Not Think I Would Be Having This Week”

Tags: Odd, Only Me
Newer Posts

My Friend Was Murdered

The Destruction Of Life