As most of you know, trolling on this site has been an issue for quite some time and as my name has slowly crept it’s way across the Internet, naturally it’s only gotten worse. It’s mostly a group of about the same five people that like to trail along behind me, commenting on everything I post everywhere, under several accounts and different names, but either way, boo.

Because I am an anonymous writer with a crazy life, it naturally leads some people to believe that I am a fictional person. I get that, I can absolutely see how someone might think that of me. The difference between doubting and trolling is that while a normal person might doubt my story, the trolls make it their life’s mission to “take Eden down” as they say.

That’s weird, who does that? Whose life is so meaningless that they make it a point to fully invest themselves into a tiny little blip on the Internet radar that makes them so angry? Who makes their mission to bring down someone who very well could be (and is) living a life filled with past abuse and doing nothing more than trying to heal?

Trolls my friend, the trolls do.

As you also know, I have already touched on this subject many times.

In “A Message To The Trolls” I talked about my reason’s for writing under a pseudonym and why I would not be providing proof to discredit the trolls outlandish accusations.

In the post “Facing The Silencers” I talked about why it was important for me to move past what the trolls were saying about me and continue on.

Finally in the post “Censorship” I talked about the reasons why I would be editing the trollish comments out of this blog.

So here we are, at the point where I have decided to continue to write under the pseudonym Eden and where I have decided that I’m not going to go away just because the trolls don’t like me. So what next? I’ve watched other bloggers fall down with the trolls, either scared right off the Internet or tangled in Cease and Desist lawsuits, and to be honest, that just seems like a lot of work.

So if they aren’t going away and I’m choosing not to fight them, what other options are there?

I’m choosing to embrace them!!

I know, I never claimed to be normal, but really, what is this blog all about? It’s about healing, personal growth, accepting what you can’t change, not letting labels define you, and standing proud in the face of adversity.

Hell I can’t be handing out advice and then not taking it myself, can I?

So with that in mind, since I was able to take what my parents did to me and learn how to be a better parent, and then I took what my ex did to me and started a nonprofit, then I can at least make something useful out of this situation, right?

Of course I can!

Hey, if you’re not going to fight, and you don’t want to cry, you might as well join in the cackling laughter with them!

So with that I bring you a new series, “The Trolling Report.” Written by the trolls, about me, for you! From now on I will scour the Internet and gather up the best of the best in snarky comments directed at me. I will then compile them all into a nice little satirical report for you so that you can heed their warnings about me in the form of humor, and then either choose to stick around or go running for your life.

Really, how nice am I?  For most blogs you would have to go back and forth between the blog and the two biggest sites for trolling, XOJane and GOMI to really get the full scope of things, but on here, nope, I will gladly pull it all together for you!

***TRIGGER WARNING*** This is me, being snarky in my own right. This will surely trigger some trolls, so if you are a troll and you cannot handle criticism, satire, and snarkiness, you may want to back away now.

With that I bring you the first edition of : 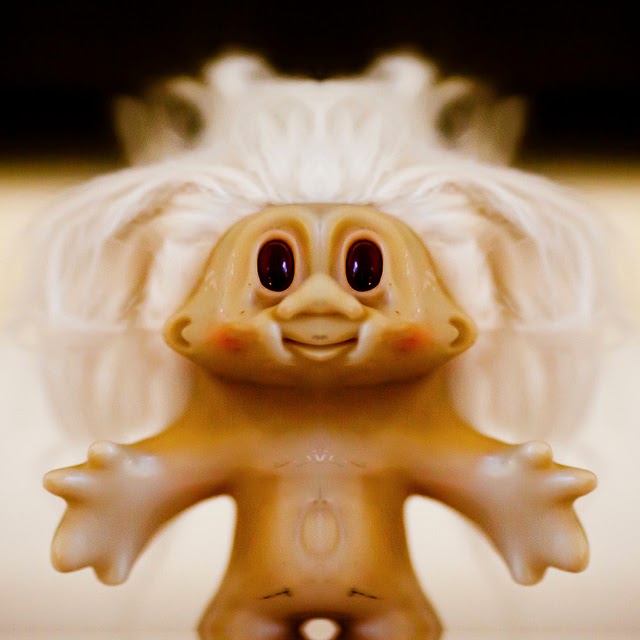 *************
For starters, does anyone else think it’s weird that Eden is reading what we write about her? I mean really, how bizarre is that? It’s like this guy I once knew, he showed up to his own party one year. I mean sure, we were all there, talking about him, in his own house actually, but why on earth would he go there? That Eden, what an attention whore, popping into the comments of her own articles.
Disgusting.

Scarletbegonia, Lilith, Third Eye, and Justmy2cents are absolutely beside themselves that Eden wasn’t able to get out of the car in the post “Because No One Ever Told Me.” Eden admitted in the comments section that she wasn’t very clear about the fact that she was in the backseat of the car when the incident took place, so she edited her blog a bit to clear that up. How dare she do that!? A writer, realize that they had not clearly explained themselves, and then edit the post.

Seriously, we should all just kill Eden.

Burn her at the stake. Does anyone have a stake? A match perhaps? Some rope? Lilith? Third Eye? Do you want to start gathering supplies?

I mean even unedited she never did specify where she was in the car, she just said “in the car,” but when she added in the part about being in the back seat “to clarify,” that’s when we knew it was time to kill her.

What sucks even more is that the post was asked to be syndicated by YourTango and then shared with XOJane, so everyone really has their panties in a bunch that stupid Eden has been given the opportunity to smear her lies all over the Internet.

In other news, Lola Gamble was pretty put off by the fact that Eden had posted a picture of herself next to a sign that said “Goal Today, Have Baby!” in the post “That Time I Almost Had A Baby In The Car.” I mean seriously now, come on, who would believe that a sign, in a birthing suite, would say that the goal was to have a baby? Totally unbelievable! Must have been a pre planned induction says Lola Gamble. Furthermore, how dare Eden take a final belly shot before getting into a gown? TOTALLY UNBELIEVABLE. She says she was in very active labor so while it’s not like we can see her face grimacing in pain or anything and true she is holding her belly (contraction maybe?), there is still NO WAY that would ever happen in real life.

If that photo isn’t scientific evidence of her fraudiness, then I just don’t know what is.

Also, has anyone noticed that Eden has yet to reveal the name of her nonprofit? I mean sure, it would completely blow her anonymity, but because we don’t know the name, there is NO way it can exist!! No freaking way!

What is with Internet bloggers these days? They feel like they can get away with only sharing parts of their life online, as if they have any right to privacy!

It’s not like she actually helps woman anyways. Did you see how smug she was in the post “I May Be A Little Bit More Devious Than I Initially Let On?” Like ANY abused woman would EVER prank her husband. How dare this woman be allowed to speak!? We in troll land are absolutely disgusted that Eden does not fit the cookie cutter version of an abused wife. I mean yes, many readers in the comments section who had been abused admitted to doing some of the same types of things, but they are probably all just Eden talking to herself anyways.

The donate button, OH MY GOSH, the donate button you guys. “I just can’t even…” says teeny bopper Trolls everywhere. Everyonehasanopinion has waged a pretty strong campaign to warn readers across the globe that Eden is absolutely a fraud because she has a donate button at the bottom of her blog.

That Eden, swindling poor souls everywhere by placing that button on her blog. Sure, her readers asked her to put it up and so she hid it at the bottom of her site so it wouldn’t detract from the message of the blog, and she only mentions it when she is thanking someone, it’s still obviously a scam. Who cares that she personally invests herself into this blog (which takes a good chunk of her time because she personally responds to every email and comment on there), she MUST be in this for the money!!

She is probably sitting at home, counting her gold coins, and laughing at all of her readers. That Eden, she is a tricky one!! It doesn’t matter that with the help of Everyonehasanopinion’s sidekick Ashley that the two of them are actually fueling traffic directly to her blog and therefore increasing her (measly) ad revenue, at least everyone has been warned!!

Scarletbegonia has joined in on the traffic fueling by bringing up the suspicion that perhaps Eden is not in fact a woman at all, but an MRA (men’s rights activist) duping all her readers. I mean yes, she writes about women’s rights, has quite a few pictures of herself and children on there, but hey, make-up and photoshop can do wonders these days, so I guess anything is possible!

Who needs an MRA though when you have a narcissist?  According to Dustcover and Microcat, Eden is a regular old narcissist. What other type of person besides a narcissist would write about herself on her own blog? Clearly the fact that she tries to help other women love themselves is just a creative cover!

That Eden, we need to keep an eye on her….

***************
I mean REALLY though, who is this Eden chick? Sure, she spends her time writing about finding your inner worthiness and learning to be happy, but do we need her spewing that kind of garbage across Internet land? I’ve had just about enough of her positive messages, optimistic outlook, and “plucky attitude” as one Troll puts it.
Who the hell can like someone like that!?
Gossssshhhhh, she is so FREAKING annoying, JUST SHUT UP ALREADY EDEN! We don’t need all your crap inserted into the really important stuff we read like “The 15 Strangest Sexy Halloween Costumes” and “How To Use Toenail Clippings To Clean Your Teeth.”
You know why? Because deep down Eden is a money hungry, MRA, narcissist. Run for your lives!
She probably isn’t even real anyways, says Lisasaysss.
***************


I mean no one can have that much bad luck, no one. We have no proof of this of course, but we simply can’t believe that she has had this much bad luck in her life, so Ima take the bitch down. “Do you hear me Eden?? You are going down sweetheart!”
****************
Tune in next time for another edition of “The Trolling Report.”

Or possibly not (depends on who you ask).

P.S. comments for these articles will be closed for obvious reasons.

Some People Have To Learn The Hard Way