Last Monday I was driving to work and surprise, surprise, there was construction on the two lane road that I needed to be on. The entire road was down to one lane in some spots, meaning that everyone on one side of the road would have to stop and wait while the cars on the other side of the road took a turn driving. I’m sure most of you know what I’m describing, right? If so, you also know what I’m talking about when I mention the construction worker whose job it is to direct which side of the road is supposed to be driving — and he does that by holding up a sign that says “drive” on one side, and “stop” on the other side.

You must know what I’m talking about. 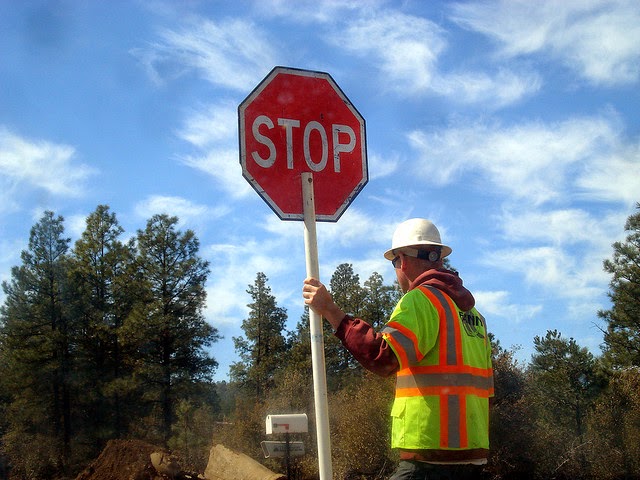 And as I’m sitting there, cursing out the stop sign, he walks over, pulls a piece of paper out of his pocket, hands it to me through my window, and tells me to have a nice day.

“What on earth…” I’m thinking to myself as I open the little note that reminds me of something that would have been passed to me in the 7th grade, and lo and behold, it’s Mr. Sign Man’s phone number.

I have to say, I can’t decide if that is super weird, or totally ingenious. Seriously, like how many hours /days/weeks/months/ do you think he stood there holding that sign, bored out of his mind as he watched girls slowly drive past him before he had the idea to fill his pocket up with post-it note digits, and hand them out.

I think I might actually call him, not to set up a date or anything, but just because I want to tell him how awesome he is.

At least that guy had tact, unlike the man that I am about to discuss with you in the rest of this article, the actual reason for this post.

Now first off, a disclaimer: I AM AN IDIOT.

(Which many of you already knew)

You see, I’ve never had curtains in my room. Since the day I moved into this house, there has been wood slat blinds on the windows, and while blocking out the view, they have never really blocked out the sun. For the most part it hasn’t bothered me, but now that The Boy Child is destructive mobile and no longer sleeps in a crib, I sleep with my door open so that I can hear when he starts to burn the house down wakes up. But the way my upstairs is laid out, when my bedroom door is open, my window shines directly into his room. And closing his door doesn’t help because he has glass doors. 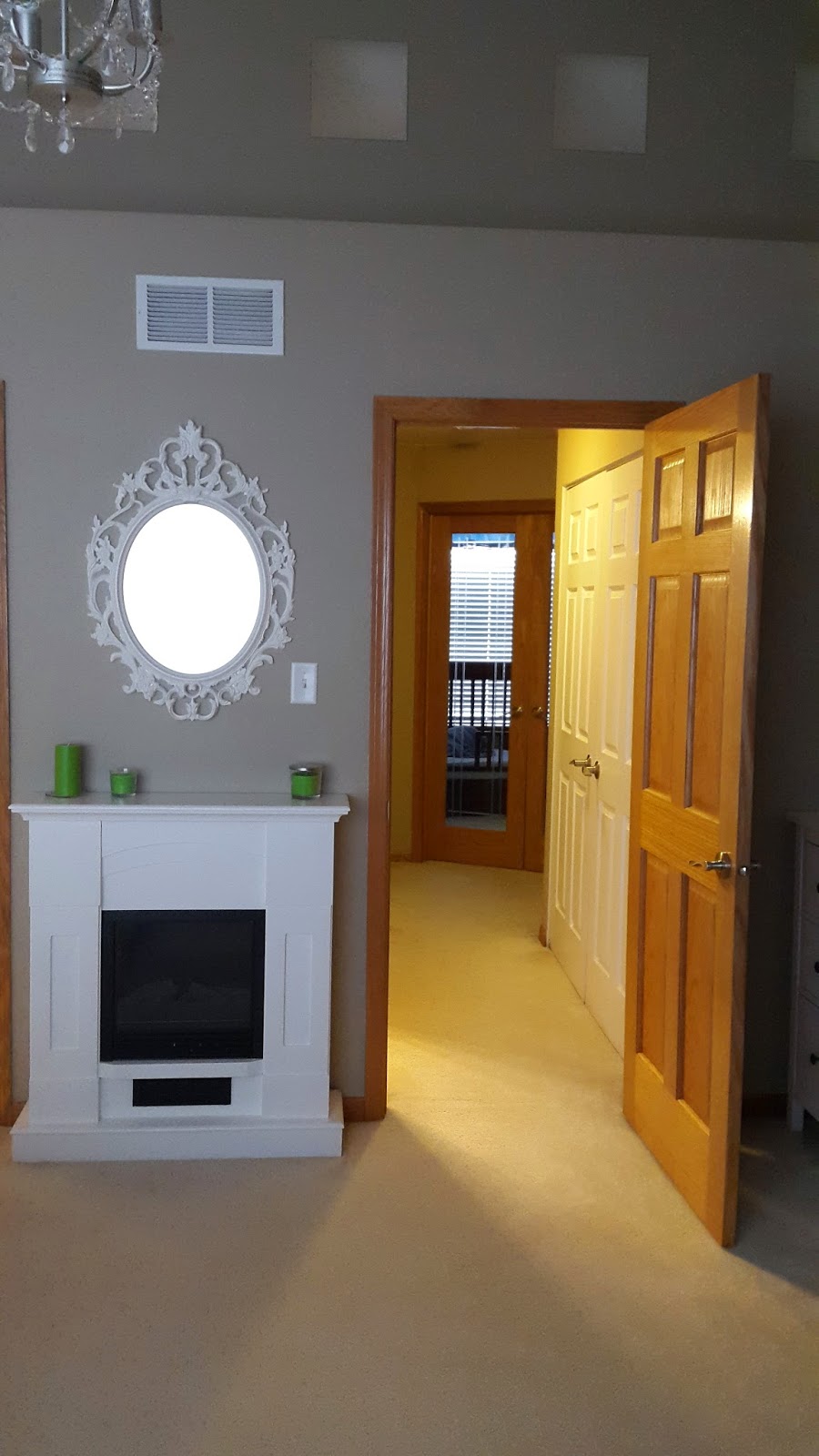 In this pic I’m standing in front of my window looking at The Boy Child’s room. You can see his bed through his doors, directly in line with my window. 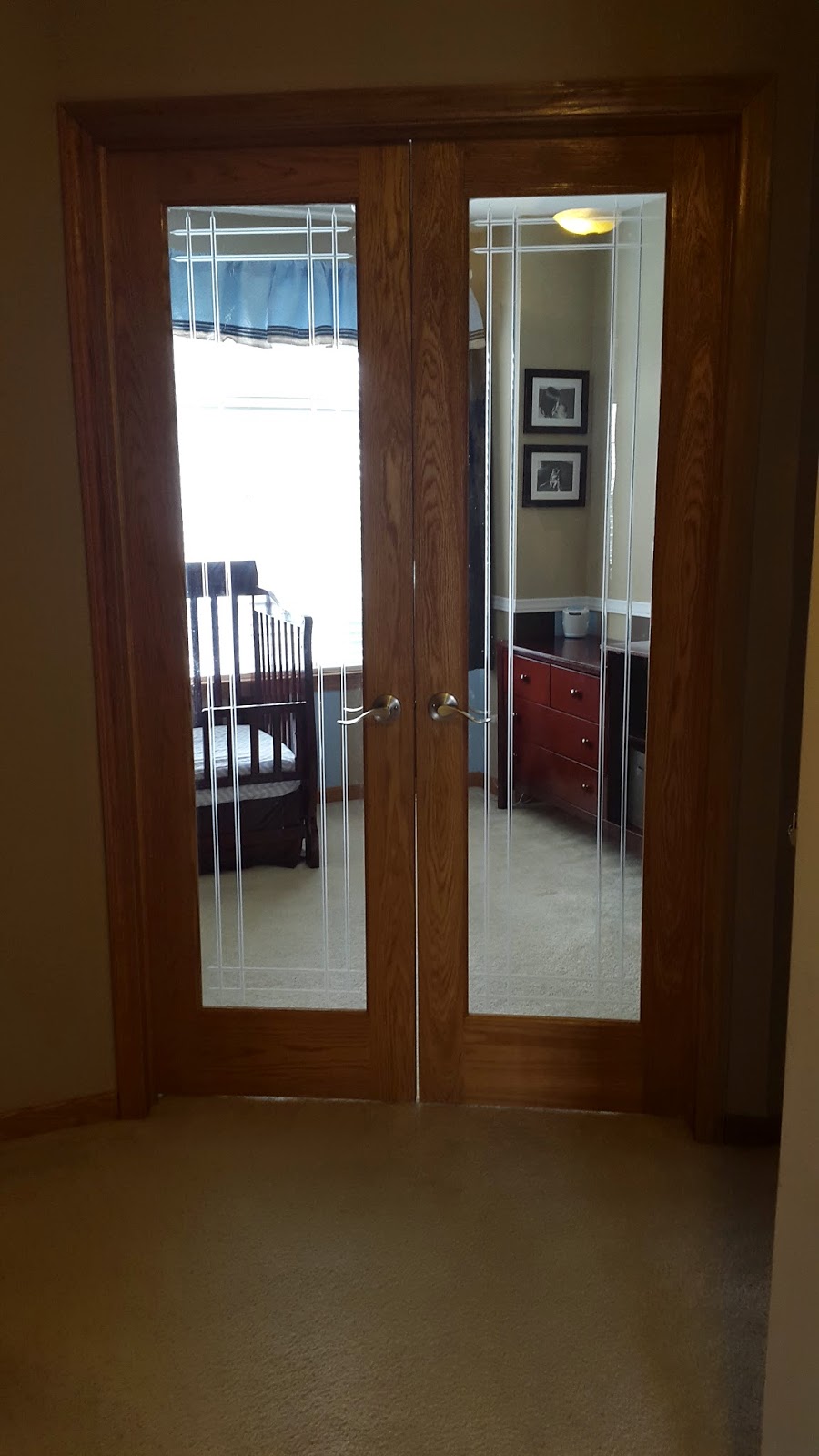 And clearly, no pun intended, closing his door doesn’t help block out anything.
So now that summer is rolling around and the sun is coming up earlier, I’ve had enough 5am wake up calls that I decided to save his life that it was time to buy curtains. I’m on the budget plan and couldn’t really afford anything too snazzy, so when I found some $9 curtains that promised to at least soften the light, I figured that they were better than nothing.

I took them home, hemmed them to fit the window, hung them up, although they didn’t make a significant difference, I was going to try and roll with it.

The other day, my neighbor, the creepy one who keeps hitting on me and gave me that forced kiss on the top of my head, well, I had a little chat with him.

I was outside about to take a walk with the kids and he came strutting over. “Hey Eden, ya need anything done around your house?”

“No, not from you ya creep” was what I was thinking, but instead I politely (be so proud) said “nah, I can’t afford to turn you into my own personal houseboy, your girlfriend already doesn’t like me.”

“She don’t like nobody, you know that” he said.

I replied “Yea, well either way, I’m pretty sure she could kick my ass so I’m going to try and keep her on my good side,” which was about the only thing I could come up with other than “sorry, you freak me out too much to want to be alone with you.”

“Well, just remember, I’m here to do anything you need, anytime” he said, leaning towards me.

“Uh, ok… thanks” I muttered out, a little unsure of the inflection he was adding in at the end.

“No, really sweetheart, I mean anything, anytime. Anything done to the house, or anything done, you know, to you.”

HOLD THE FUCK UP.

Did he really just say that?

I rarely find myself speechless, especially around men that I’m about to turn down, but this was like a whole new level of wtf.

I stood there so long that he just started talking again. “I know you like to have fun, I see the cars parked outside of your house sometimes until 3 or 4 in the morning (which P.S. is indicative of nothing, women tend to use my house as a safe haven, but thanks for calling me a whore). My girlfriend, she doesn’t give it to me anymore. Too many teenagers in the house, she is always afraid they will hear us.”

Yes! Girlfriend! He has a girlfriend!! That’s my out!!!

About as forcefully as I was able to, I said “Yea, but again, you know, girlfriend. I’ve been cheated on before and I don’t want any part of it. I’m actually insulted that you would even put me in that position.”

AND YET HE JUST KEPT ON TALKING, continuing with “What she doesn’t know won’t hurt her, and from what I can see, you’re having the kind of fun I’d like to be having.”

I AM NOT EVEN MAKING THIS UP.

I just stood there in unblinking shock and yet at the same time I still had a question: “Uh… the fun that you can see I’m having?” I hesitantly asked him, because hello, WHAT DOES HE MEAN, “THAT HE CAN SEE?”

“Oh come on now Eden,” he whined. “You know you are teasing me with those curtains, looking all sexy and cute, strutting around every night, and yea, I’ve seen you a couple times with that guy.”

I was so confused at this point that I didn’t even know what to say. My brain was racing a million miles a minute as I was trying to piece together the tiny bits of information that he was giving me; piece them into something that makes any sort of logical sense. Yes, I have new curtains, yes, I’ve occasionally had someone over, yes, I’ve messed around, but no I haven’t slept with any anyone, and yet more importantly WHAT DOES HE MEAN HE CAN SEE ME???

“Come on Eden, let’s just work something out. My girlfriend would never have to know, we could have an arrangement” he literally begged.

I was not only confused, but so totally disgusted at this point that I basically said something to the affect of “IT’S NEVER GOING TO HAPPEN” and walked away.

Later that night when I got undressed, still totally skeeved from the earlier conversation, I glanced at the window to make sure that the curtains were in fact still closed. Seeing that they were and still perplexed, I made my way over to the window.

It wasn’t until I peeked through the curtains did I realize my horrific mistake.

Yep, the curtains had been closed—the white, light filtering curtains— they were closed alright, closed while hanging over the WIDE OPEN BLINDS.

I am such an idiot.

I had opened the blinds at some point when I was hanging the curtains, and then never closed them again. I didn’t notice that they weren’t closed because I’m rarely in my room during the day. I rush out of there in the mornings and often don’t go back in there until it’s dark, and at night it’s so dark outside over the field that there is nothing to shine through from the outside, and in turn alert me to the fact that the blinds were open. 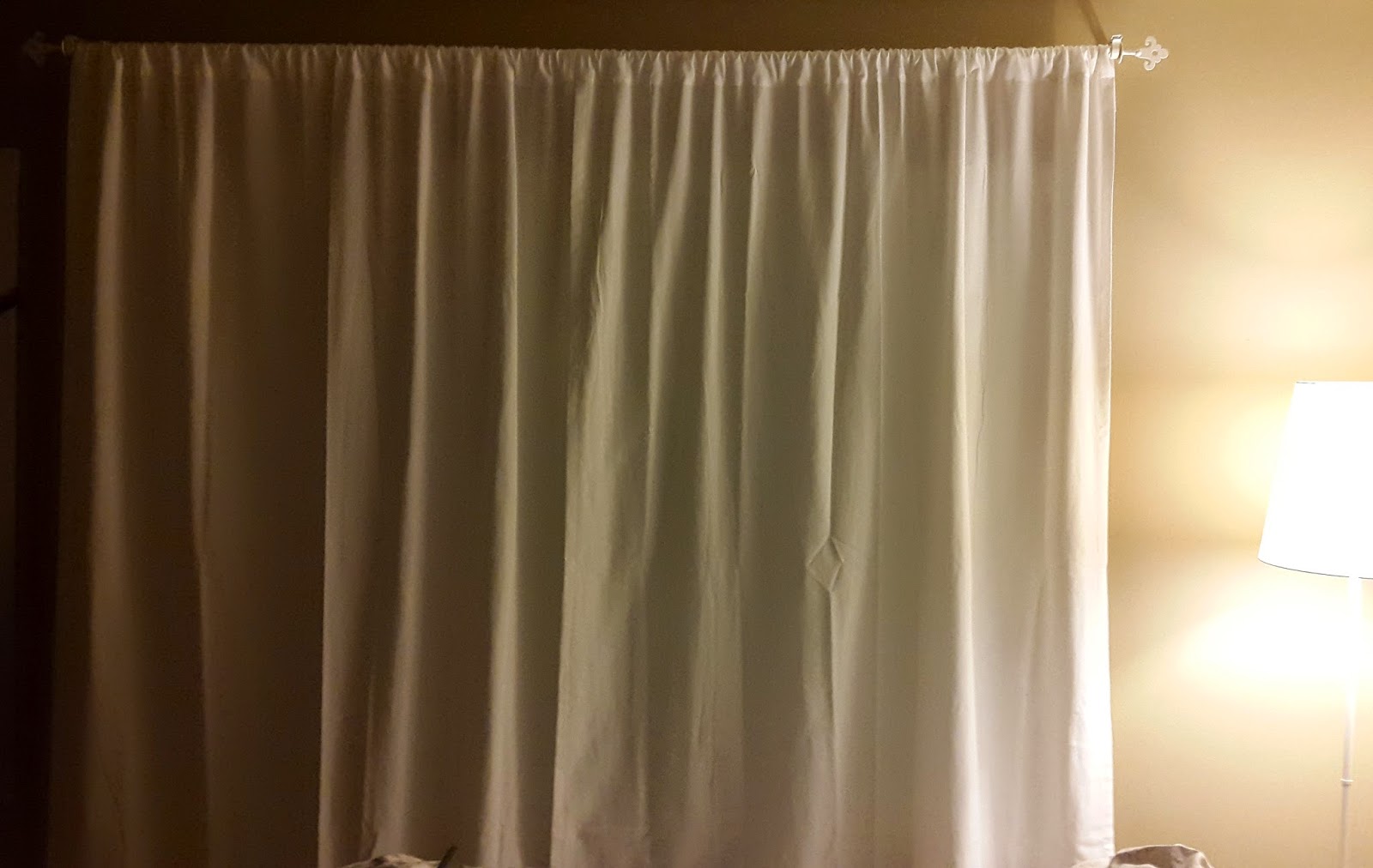 At night, with a lamp to the left, you can’t tell that the blinds behind the curtains are open

So every night when all the lights have been on inside my bedroom, anyone standing on the sidewalk outside and looking into my window, has gotten a perfect silhouette view of EVERYTHING going on inside my bedroom; right through my cheap $9 filtering curtains.

A view through a window which is conveniently placed, right here: 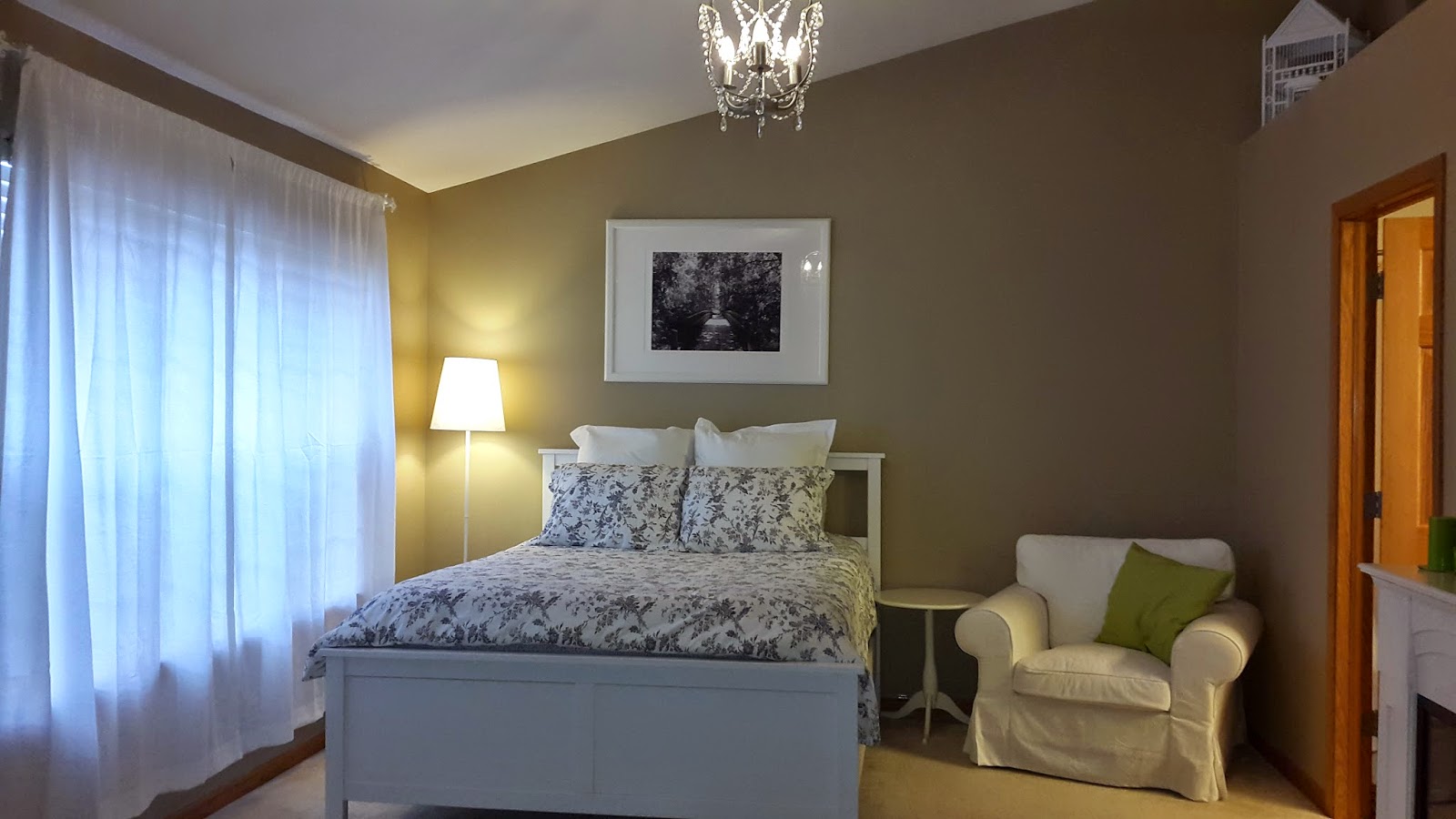 Just let that sink in for a minute.

Oh, and that door, the one to the right of the bed, yea, that’s my bathroom. Where I shower. And get out of the shower. And dry my hair… naked (because really, is there any other way to do it?). Although I’m not totally sure that anyone can see into the bathroom via the viewing angle from the sidewalk, I know how many times I walk in and out of there while getting ready, and as I’m suddenly very aware, I do not own a robe.

So basically everything that goes on in a typical bedroom. (and bathroom), the nudity, the nudity + fun with friends, yep, I’ve been unintentionally broadcasting that to the entire neighborhood through my light filtering, non-discrete, cheap ass $9 curtains. 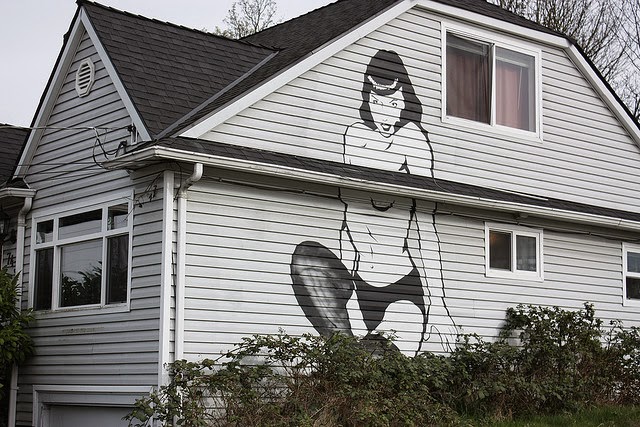 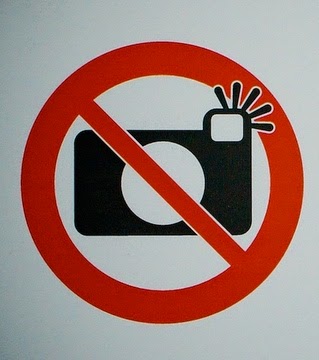 Now I need to wipe this entire experience from my brain, and you know how that is done? 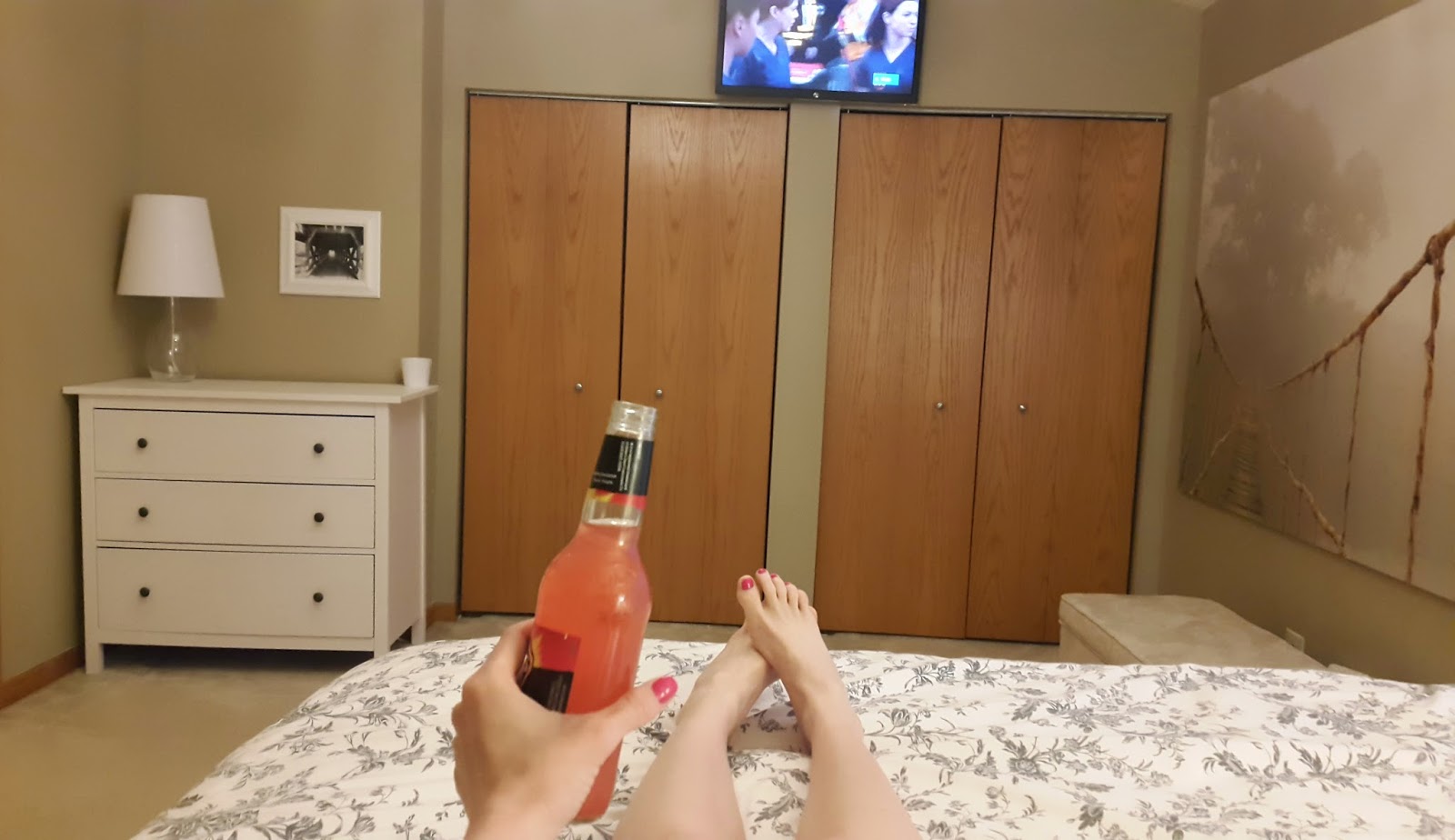 With a grown up drink and TV time. Possibly naked, because it is my bedroom you know.

Or am I really naked?

I guess you will never know, and since I’ve finally closed the blinds, the neighbors won’t know either.

If You Liked This, Check Out These!

“I Met The New Neighbors”

“His Wife Found Out We Were Dating”

“The Exorcism Is Near”