I Found My Mother’s Family 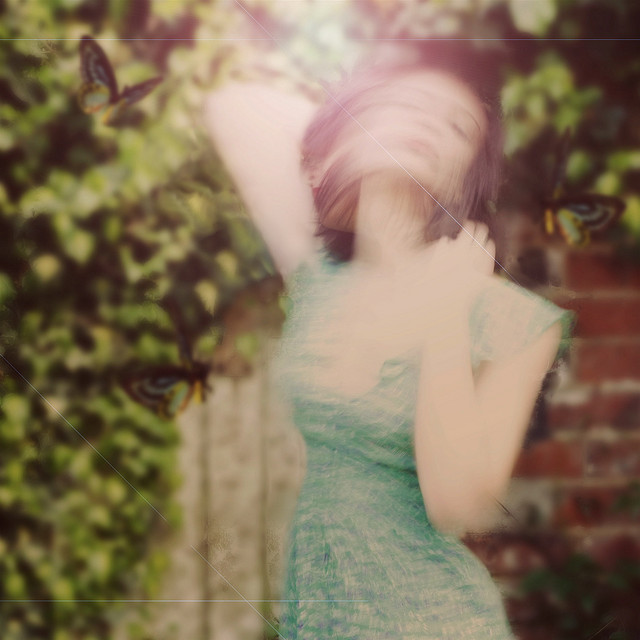 My grandmother died five months ago.

I just found out a few days ago when I stumbled across her obituary online.

Well, stumbled may be a little misleading since I was in fact looking for her, but I wasn’t expecting to find out that she was dead.

Actually, I wasn’t even expecting to find her at all.

Now before I go any further I should probably clarify a few things, the first being that this is not the grandmother that I used to live with. Nope, that grandmother is alive and about as well as you can be when you are nearly 90, and I’m happy to say that despite the distance that I have put between myself and 99% of my family, she is one of the few people that I am still in contact with.

So the grandmother that I found online, she is the other one. My step-grandmother to be exact, but I never knew my real grandmother because she killed herself when my mother was three. This woman married my mother’s father when my mom was still very young, and then several decades later she murdered him (or so the tale goes). After the murder my mother disowned my step-grandmother (a family tradition I guess?). I was roughly 12 years old when she did that and very much like what went on in my family when I disowned my mother, the rest of my mother’s family turned around and disowned her.

I guess I do have something in common with my mother.

I was really sad when she disowned them. I missed the cousins that I saw on a regular basis, the aunt’s who used to dote on me, the Christmas traditions, and the family vacations. Unlike my father’s side of the family and my always strained relationship with them, I liked my mother’s family and I thought they liked me.

But then one day they were gone and I was being told “your grandpa and grandma were really abusive towards your mom when she was younger and she can’t put up with it anymore, especially now that grandma killed grandpa.”

For years I took that at face value. I always assumed that my mother was abusive because she herself had been abused, and that she split from them for good reason. In fact when I disowned her and my brothers shunned me, I thought a lot about how my mother’s own siblings had done that to her, and how unlike her, I wasn’t going to let it destroy me.

But lately I’ve been questioning my mother’s recollection of her past. 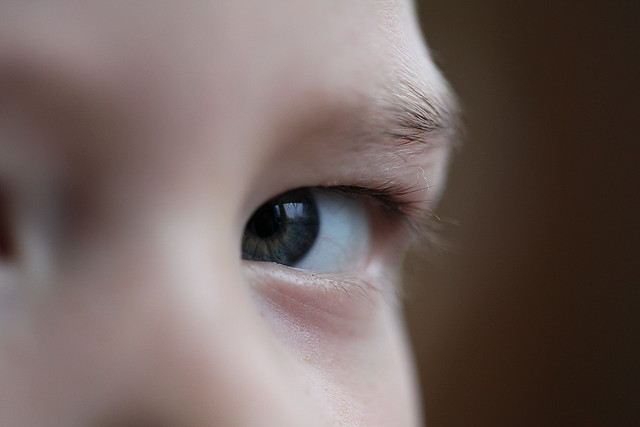 As long as I’ve known my mother, which as you know has been the entirety of my existence, she has been crazy. I don’t say that to come off as offensive, but I mean it in all sincerity. She is nuts. She is on more medications and has more therapists than I can even count. She has a list of mental health diagnoses a mile long, has spent literal years of my life locked away in mental institutions, and even electric shock therapy didn’t help her. I wish I could be more sympathetic to her problems and I’m not without compassion for mental health issues, but with her I just can’t. It was her free pass to abuse me and her “get out of jail free” card to manipulate me and I’m sorry, but I just don’t have any compassion left in me for her and her very-real-yet-somewhat-fabricated problems. Either way, I was always told that her issues stemmed from her abusive childhood, but lately…. I’m not so sure.

And that’s a fine line of suspicion to walk because just as my abuse was hidden, I’m willing to believe that hers was as well. I know that child abuse can change your thought pattern and I’m willing to grant her that a lot of what she put me through was learned behavior, but still…

In growing up with my mom I know how messed up her thinking is. She has spent my entire lifetime showing me how easily she lies and because of that I just don’t know what to believe anymore. I know that I would have a conversation with her and two minutes later she would recount the same conversation back to me in a completely different light — one in which she was the victim and the I was the aggressor. I spent enough time living in frustration of her deluded sense of reality that I’m beginning to question if the abuse started with her mother, or if it started with her.

Was she really abused or was she just born with a personality disorder that left her feeling like a perpetual victim? 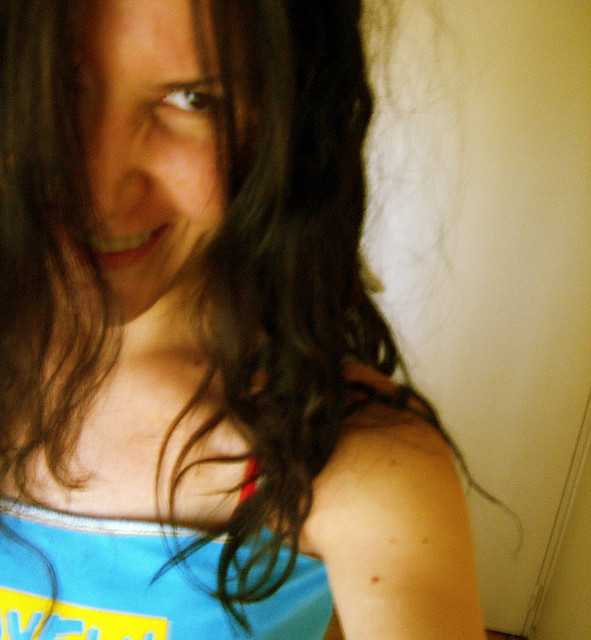 And I almost hate to say that last line because I know that anyone could then turn around and say the same thing about me… but truth be told I don’t care what anyone else thinks because I’m the one who has lived my life, I know what happened during it, and that’s good enough for me.

I’ve started to get curious as to what really happened in my mothers life (which in turn affected my life). There are a lot of things that happened to me growing up that I would love to be able to place an adult level of understanding on, but the information I have is so fragmented that it’s hard to make any sense of it. After mulling it over for a few years I finally decided to see what I could find out. Armed with just a few names of the family members I used to have, I scoured Facebook for any signs of them, but I came up empty. Eventually I put the entire list of my family members names in the Google search bar and hit “enter.”

My step-grandmother’s obituary from five months ago popped up along with all of my mother’s family member information. My cousins where all listed as survivors, but my brothers and I were not. My mother was not even acknowledged as one of the children and for some reason that made me sad. If my mother were to die tomorrow, I wonder if there would be any record of my existence either…

Anyway, it then took me less than five minutes to find nearly everyone on Facebook and before long I was able to figure out basically anything I would need to know to contact them.

I may have also looked at their pictures, but I won’t confirm anything.

Now I’m left with the question, what should I do? 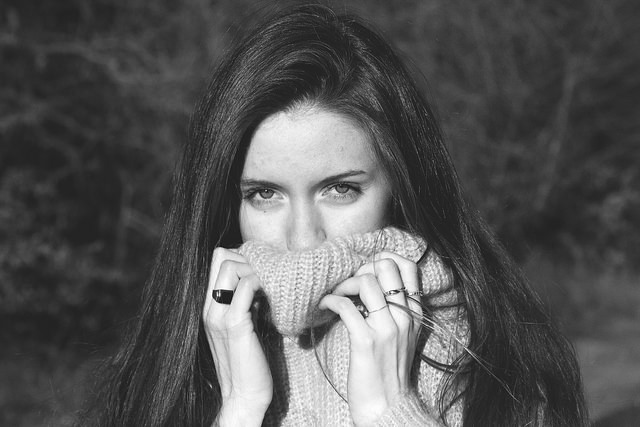 Maybe my mother then went on to continue the pattern and abused me.

I kind of want to find out, but do I really want to open that box?

I sat there looking at the Facebook profiles for nearly an hour, contemplating what I would even say if I messaged them, and in the end I shut the laptop and walked away.

I’m not sure what I want to do yet. I would love to have some actual family and there are so many holes in my childhood that I would love to fill, but how do I know that my mother’s family isn’t just as deceptive as my mother is? If you remember I said that the quality that I despise the most about my mother is how appealing she seems to be to everyone else — how well she masks her evil. 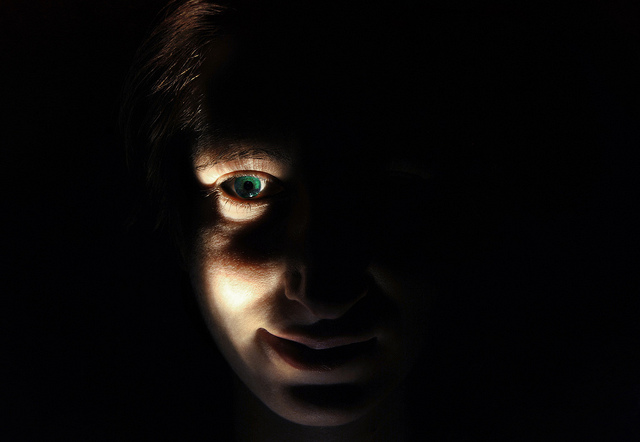 I simply don’t know if that’s also a family tradition.

I guess I have a lot to think about, but one thing is for sure, living in a real-life version of the game “Clue” is making me feel crazy.

That Post Where I Finally Talk About My Brothers

I Didn’t Even See It Coming

I Saw My Mother

I’m Going To See My Mother

Facebook Continues To Remind Me That My Kids Are Weird