The Girl Child had her dance recital!!! 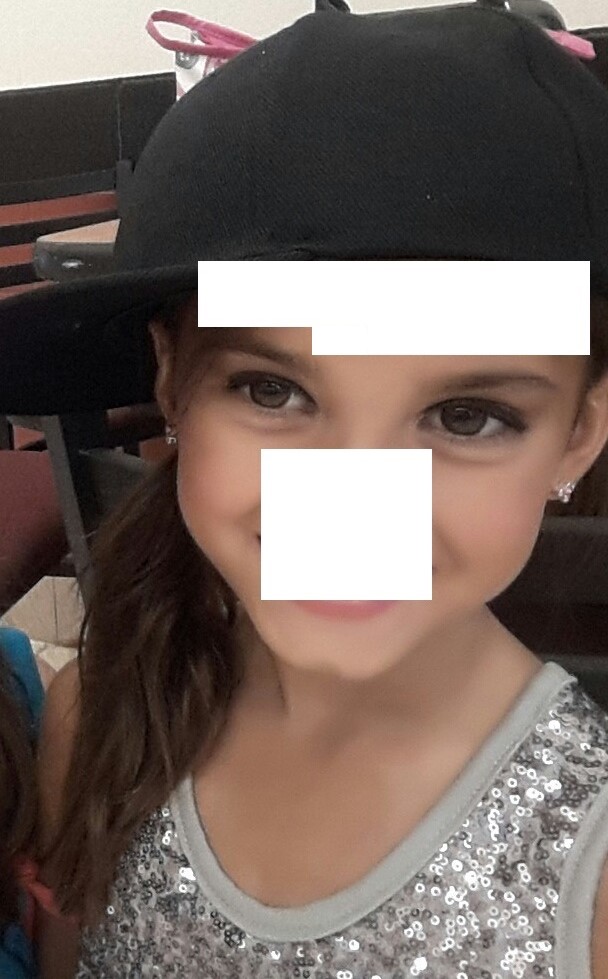 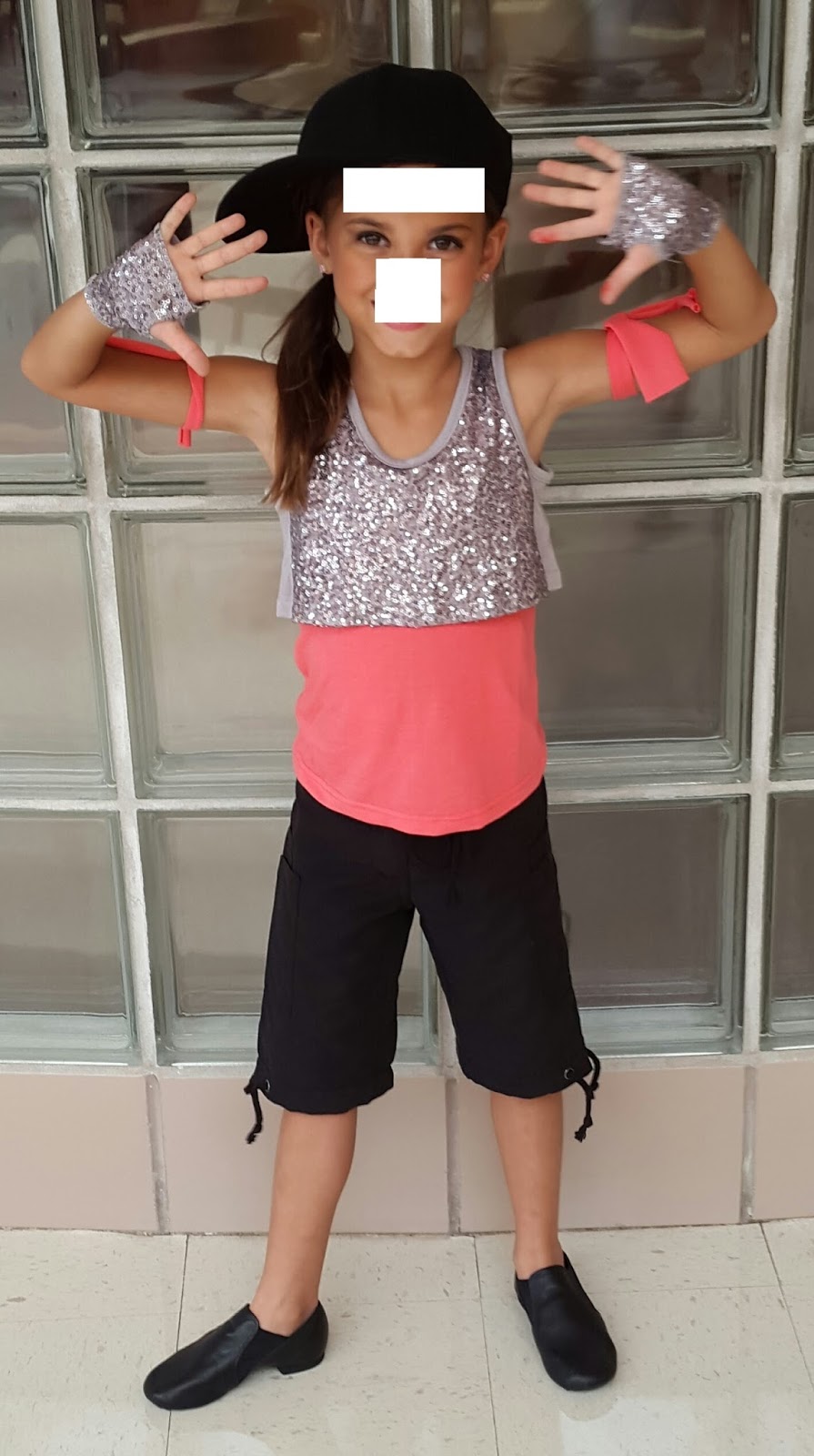 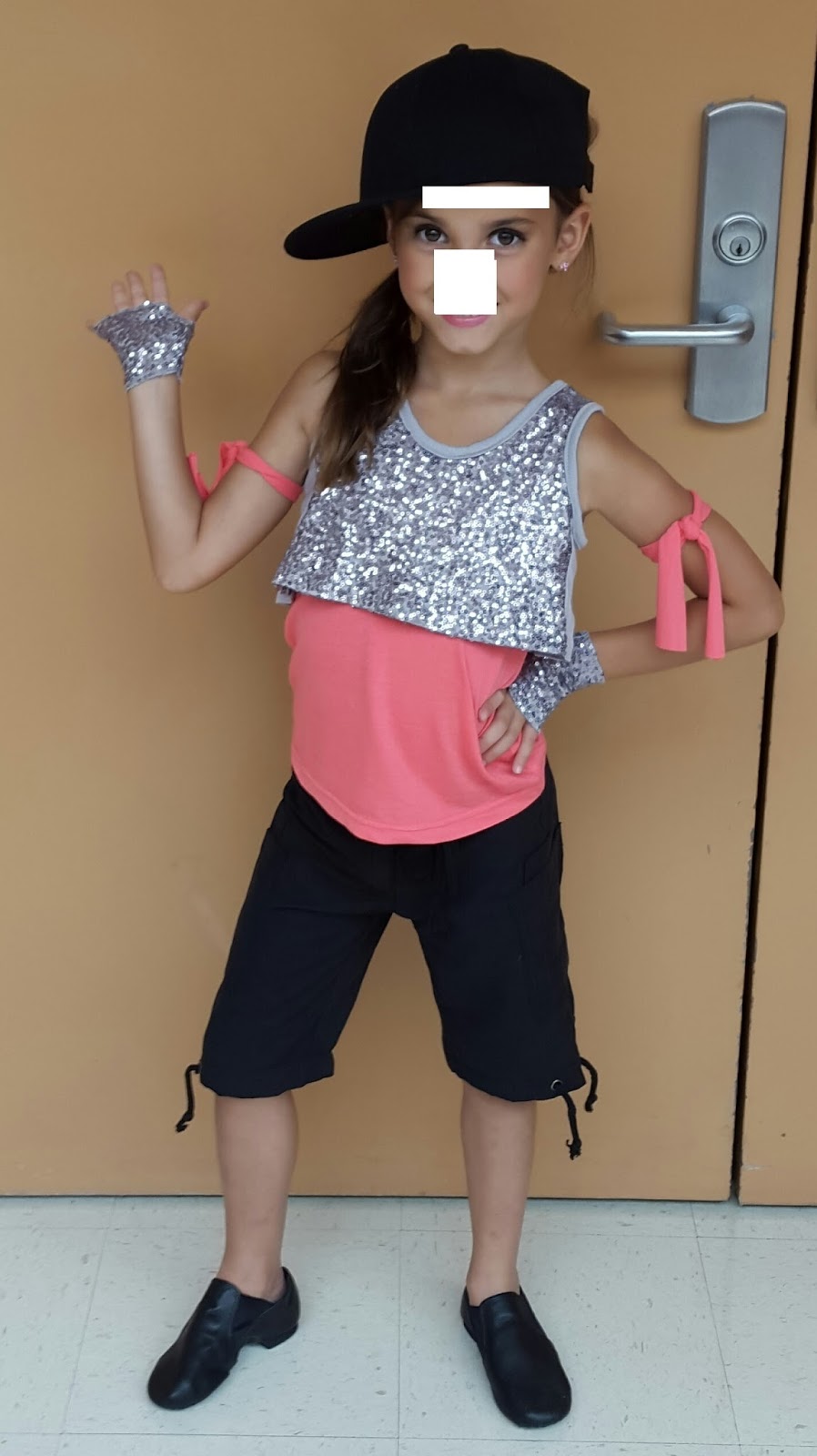 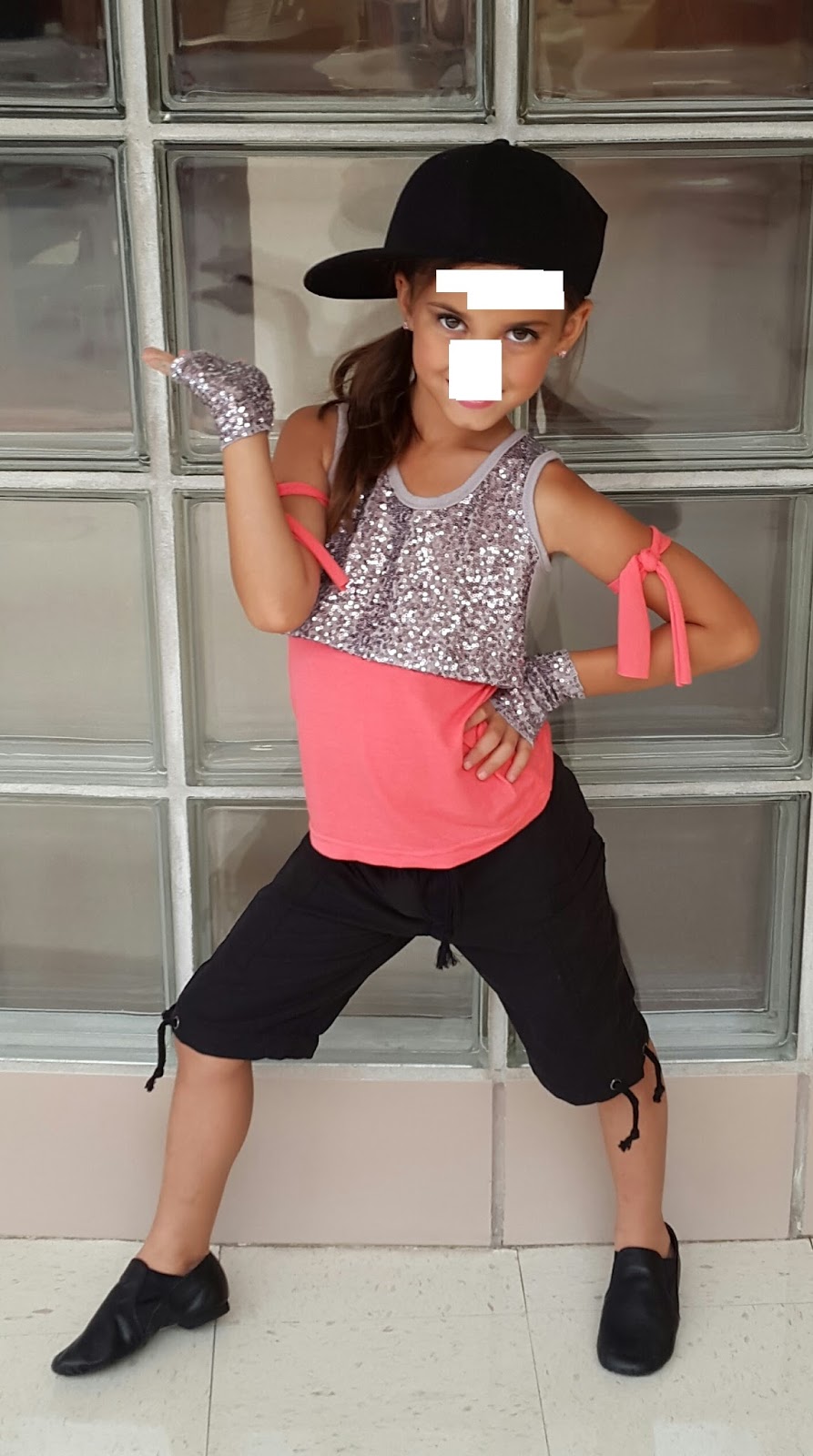 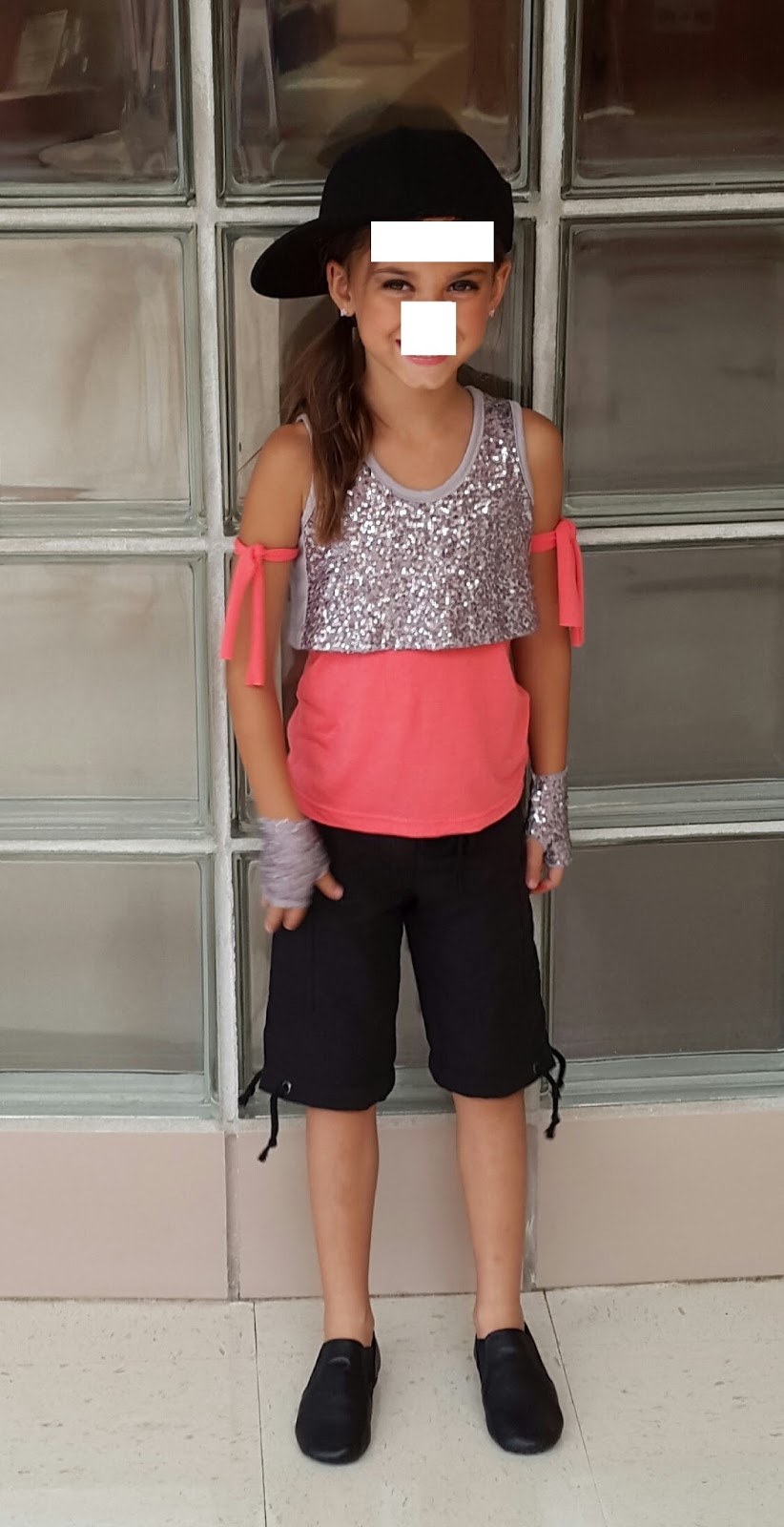 After all the drama leading up to it, I’m just happy that it worked out the way that it did. She had asked me a few days prior, “Who else is coming? It can’t just be you, you’ve already seen my dance and I need to surprise someone!”

I put that on Facebook, told everyone that they were welcome to come, and ended it with “don’t all jump at once now,” because really, who wants to go to another child’s dance recital?

Apparently a lot of people.

Within an hour a bunch of my friends had asked if they could come, as well as the kid’s babysitter. 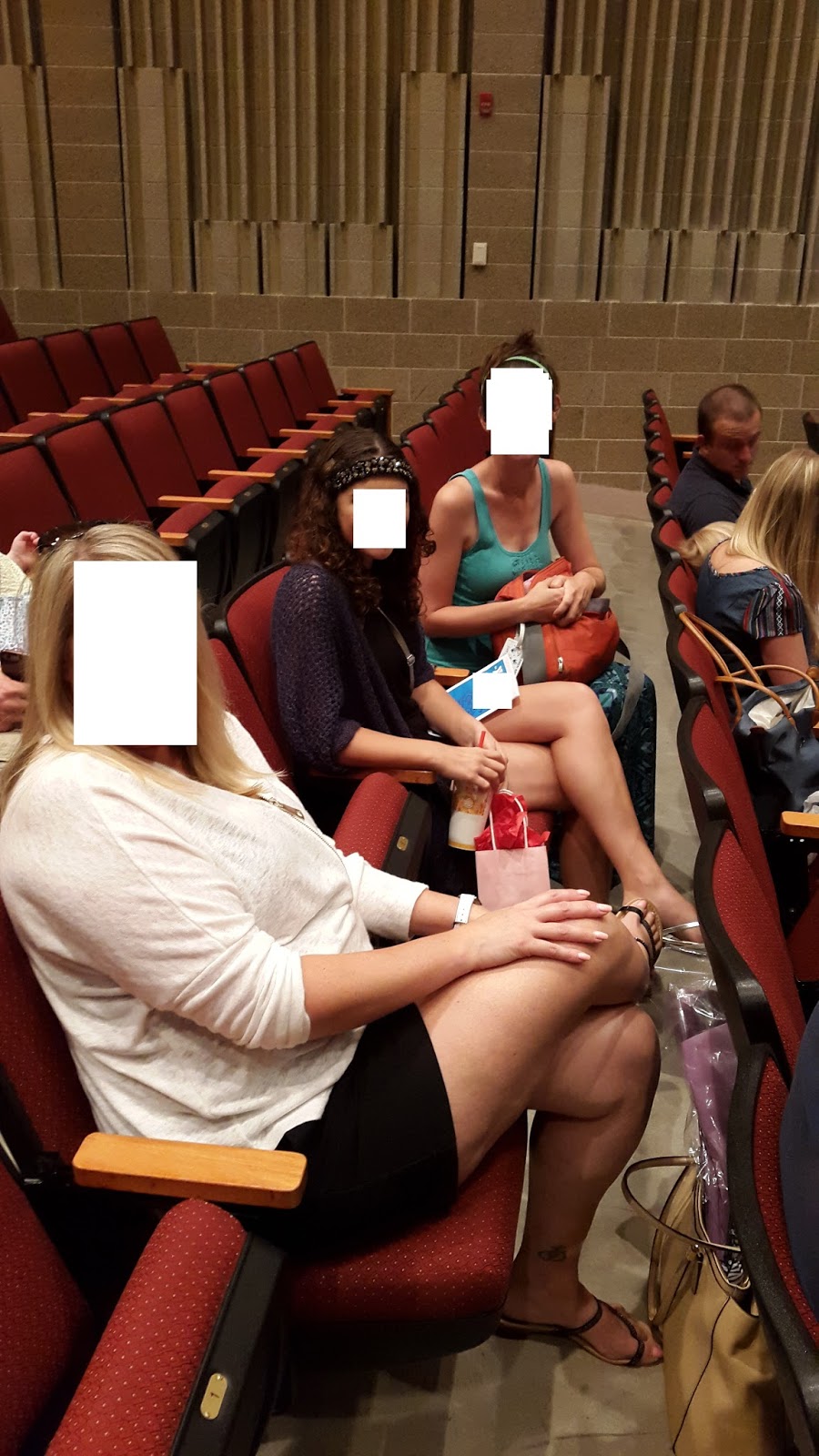 A few of the crew

The show itself went really well and the girls did great. 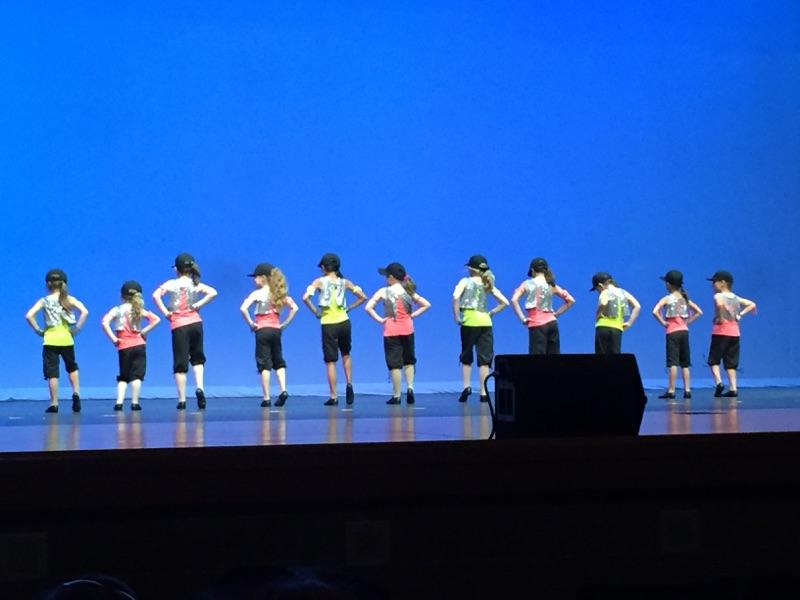 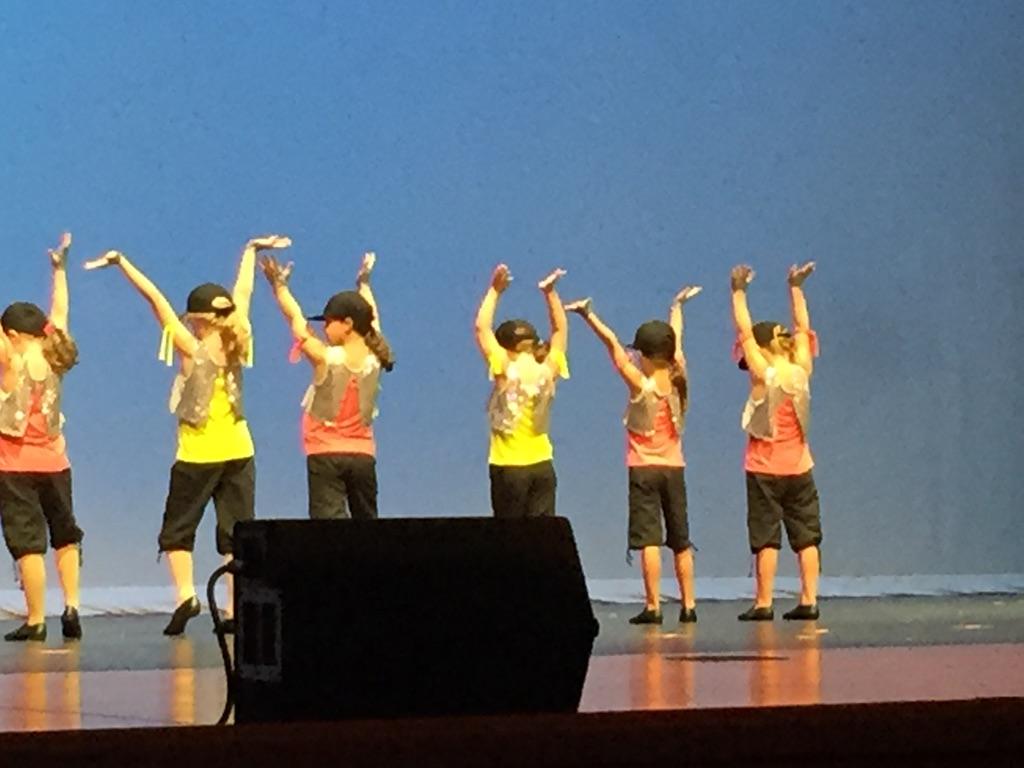 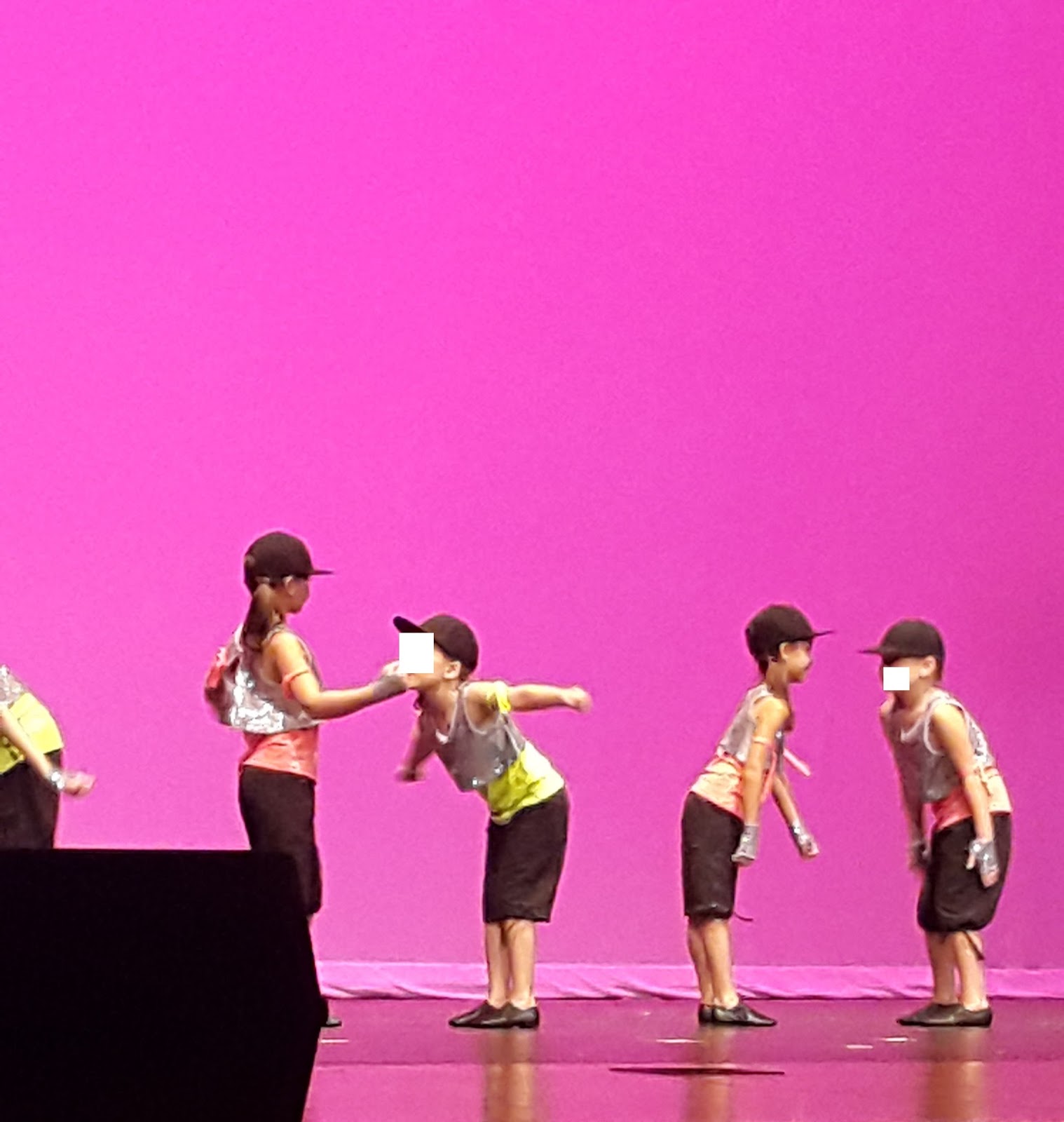 She was really happy that she got to “surprise” some people with her dance. 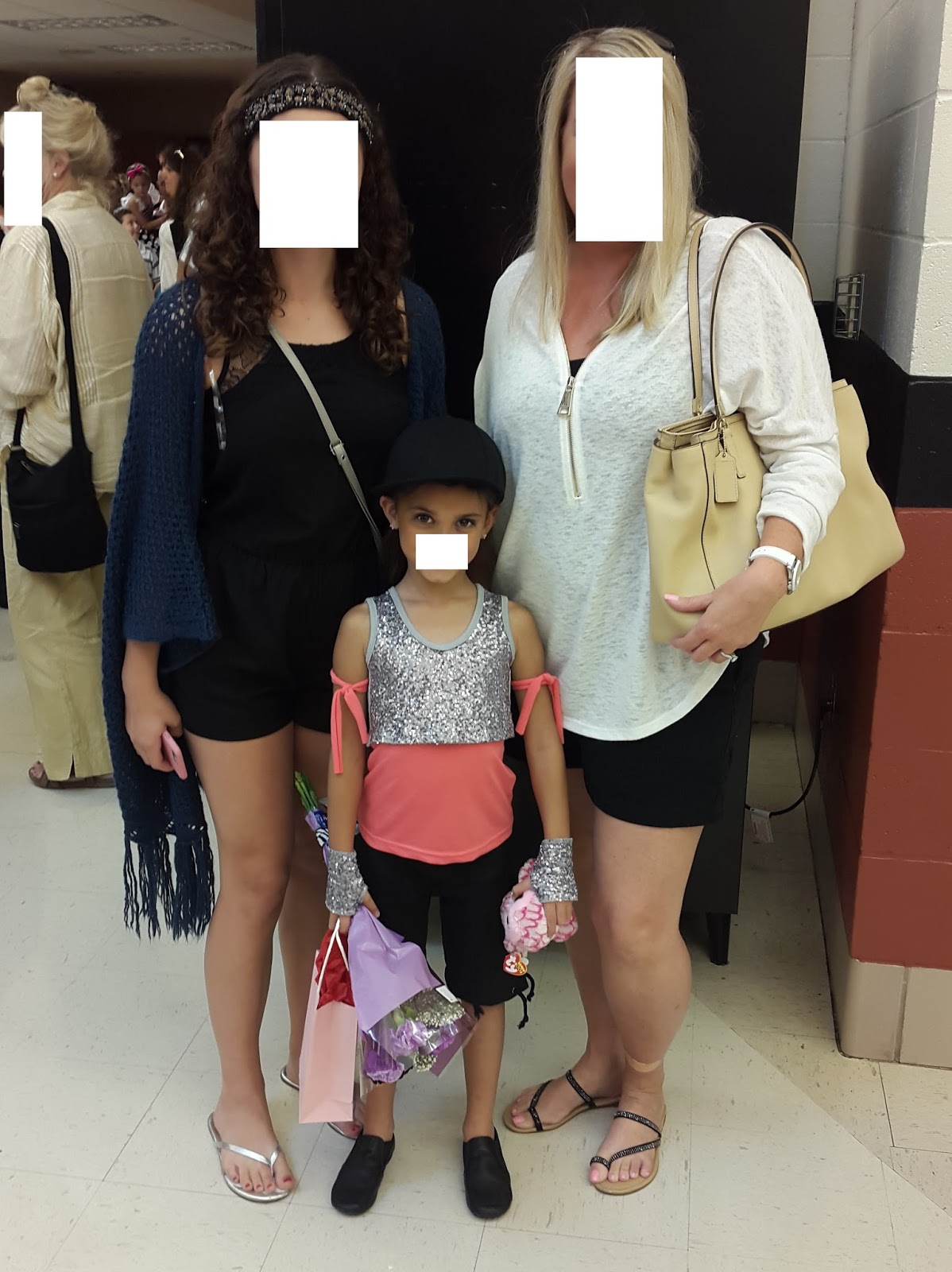 Then one of my friends (whose daughter and Fiance had so kindly watched The Boy Child during the show) took us all out for dinner. 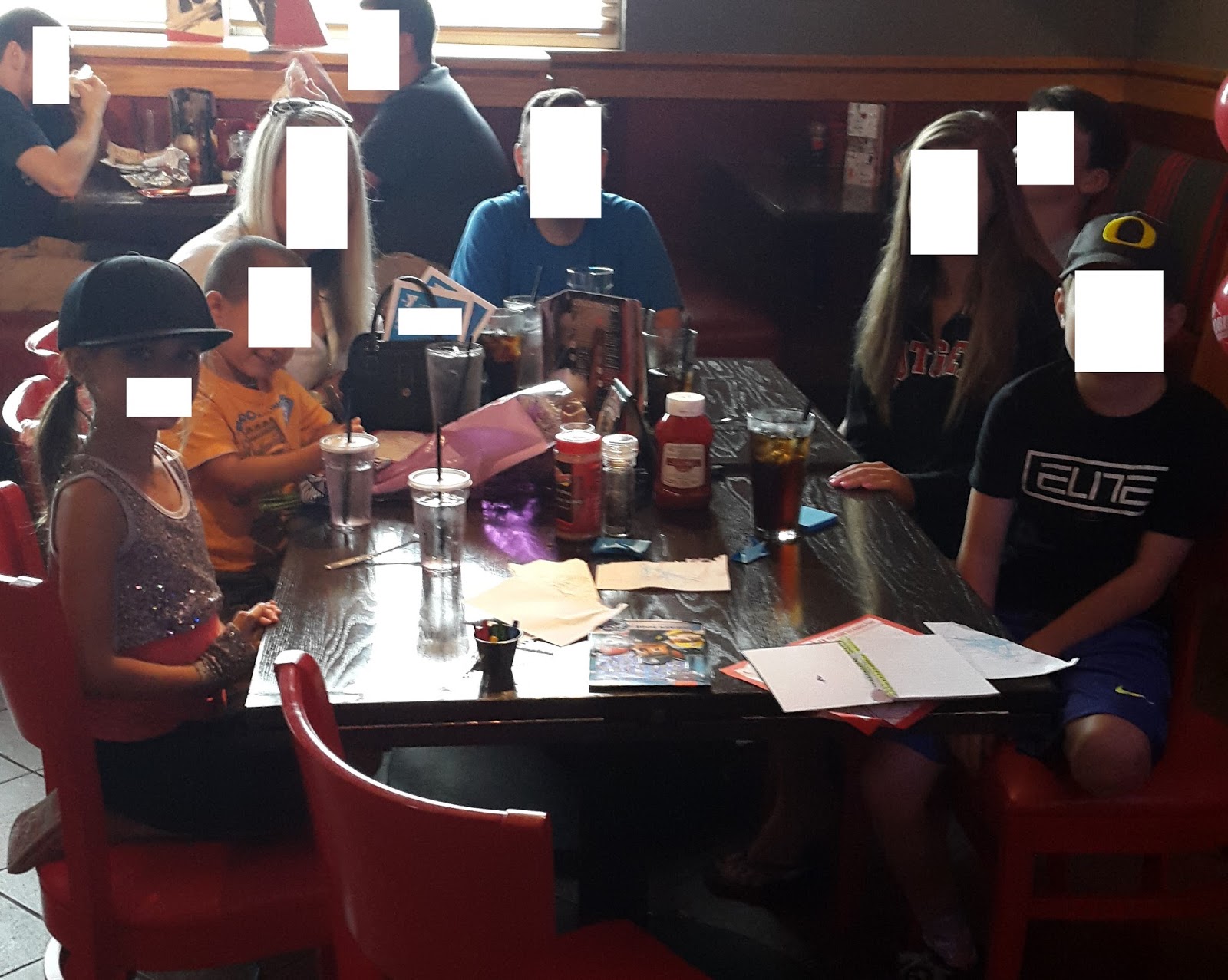 But whatever, no one cares about any of that, so let me give you the shock factor detail about the show. In the recital there were something like 12 ballet performances, and two hip hop/ jazz performances. The Girl Child’s teacher teaches both of the hip hop/ jazz classes. I’m sure you all remember the post where I was freaking out because I had just learned that the dance routine was totally inappropriate and I didn’t know what to do. I’m sure you also remember that I eventually brought it up to the Y and they were able to tone down a few of the more risque moves and sub out some of the lyrics with a musical version.

Well… apparently that did not happen with the teacher’s other class.

We had just finished watching a group of two year old’s “perform” (aka stand, lay, crawl, cry, jump, wave, twirl) their cute little selves through a song from a Disney Movie, when the other hip hop / jazz class took the stage.

An audible GASP went through the crowd as our ears were suddenly assaulted with the screaming loud and very first line of a song, a phrase that said “girls gonna run the mother fu*king world.”

I am not even making this up.

The ENTIRE crowd gasped, my friend grabbed my hand and scream-whispered into my face “DID THEY JUST SAY WHAT I THINK THEY SAID!!??”

My other friend leaned over from down the row and asked me if what was happening was some kind of joke, but unfortunately it was not, nor was there anything funny about what we were watching on stage.

It was a group of nine year old’s standing in front of a red screen that had a blackout light shining on it (that means you could see only their silhouettes against a red background).

They were gyrating, rubbing their bodies, and at one point they turned around and did that thing where you wrap your arms around yourself and make it look like someone else is making out with you and rubbing your back.

By the time the song was over the entire crowd was hyperventilating and some parents had faces redder than the screen.

Wowzers… we may be looking for a new studio after all.

Aside from that though, stay tuned. Come Monday, we are going to delve into some family drama.

I Found My Mother’s Family

That Is Not My Problem