In my post “When Everything Is Just Not Ok” I explained that in order to start gathering the money that I would need to pay for my daughter’s broken window, a window that my ex shot, I had sold my bed and the chair in my bedroom.

I slept like that for ooooh…about a week before I realized how unhealthy that was going to be for my mental state. My daughter and I were sleeping on the floor because the man who was supposed to have taken care of us, was ruining us.

That is seriously depressing.

As I laid there on my mattress, on the floor, and looked around at my room, I realized how angry I was. I hate that room, always have. My ex was rarely home when he lived here and therefore not much of the house ever had his mark on it, but when he was home, when we were “together,” it was most often in the bedroom. When my ex left, one of my best friends and I wasted no time in painting the walls; walls that I had spent years staring at as I lay in bed desperately trying to mentally escape the things that were happening to my body. Painting helped, but the furniture, the feel of the room, it never changed.

Still lying there on a stack of mattresses, I decided that this would not be another situation for him to get the better of me; this would be a situation that I would use to make life better FOR me.

I had an extra bed frame that I had been meaning to sell, but it’s so generic that what I would be able to sell it for made it almost not even worth selling, and therefore it had sat in my partial basement for a while. I dragged it up to my room and my neighbor helped me put it together.

I sold the solid cherry wood picture frame that was hanging above my bed for $50. Since I still wanted the photo that I had taken of the bridge to be displayed, I spray painted a frame that I had picked up off of someones curb on trash day. Yep, I did that. It had some ugly watercolor picture of patio furniture in it. Nope, I’m not kidding. So anyways, I spray painted the sucker white and since my bridge photo was too small for the mat that was already in there, I double matted it with the one from the cherry frame.

I sold my bedding set for $75 and just left the duvet cover on that I used under the bedding set. It matches alright and more importantly, didn’t cost me anything. 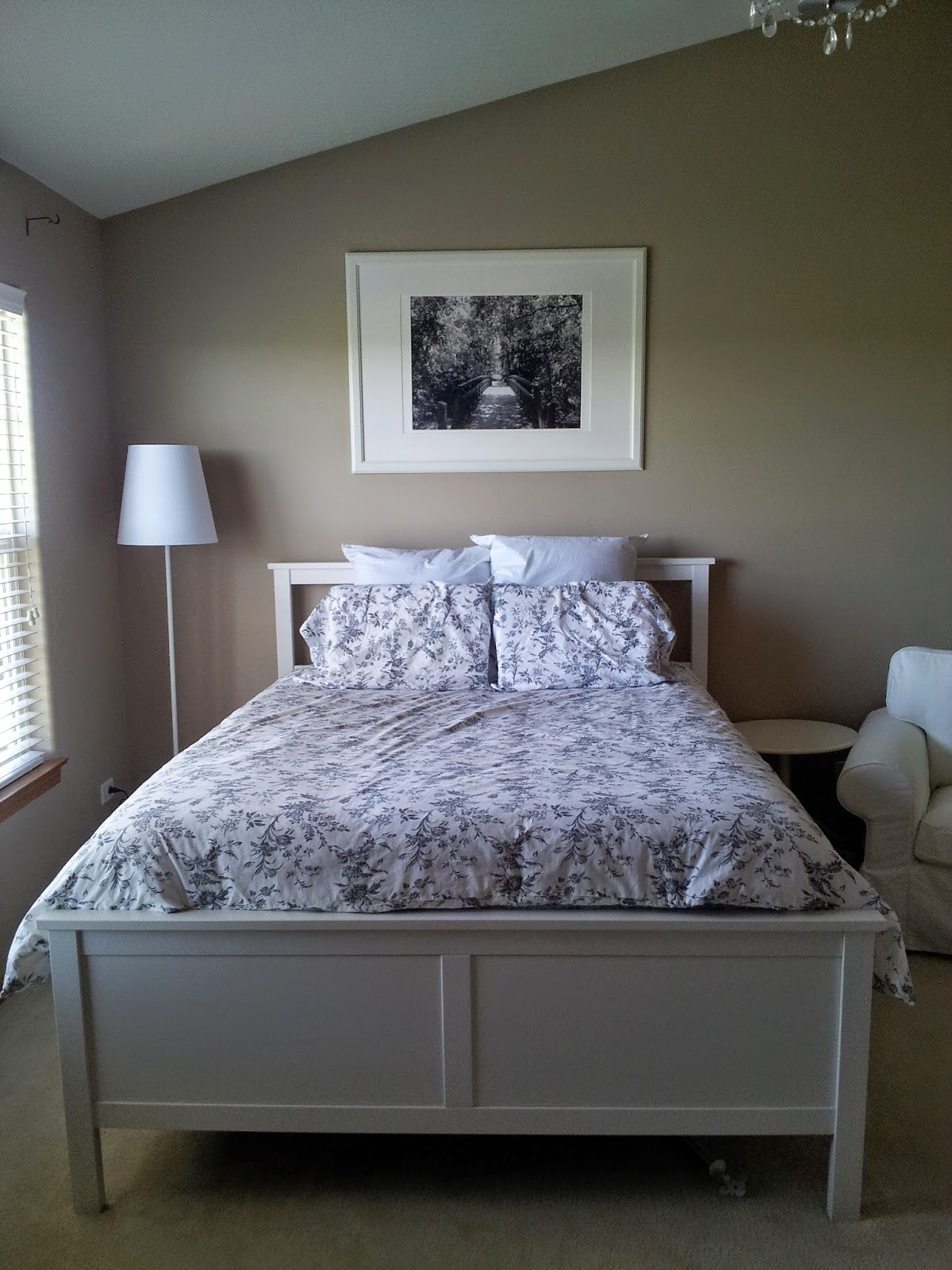 I had a chair in my library that never really fit quite right, so moved it to my “new” bedroom, along with a side table from my living room. 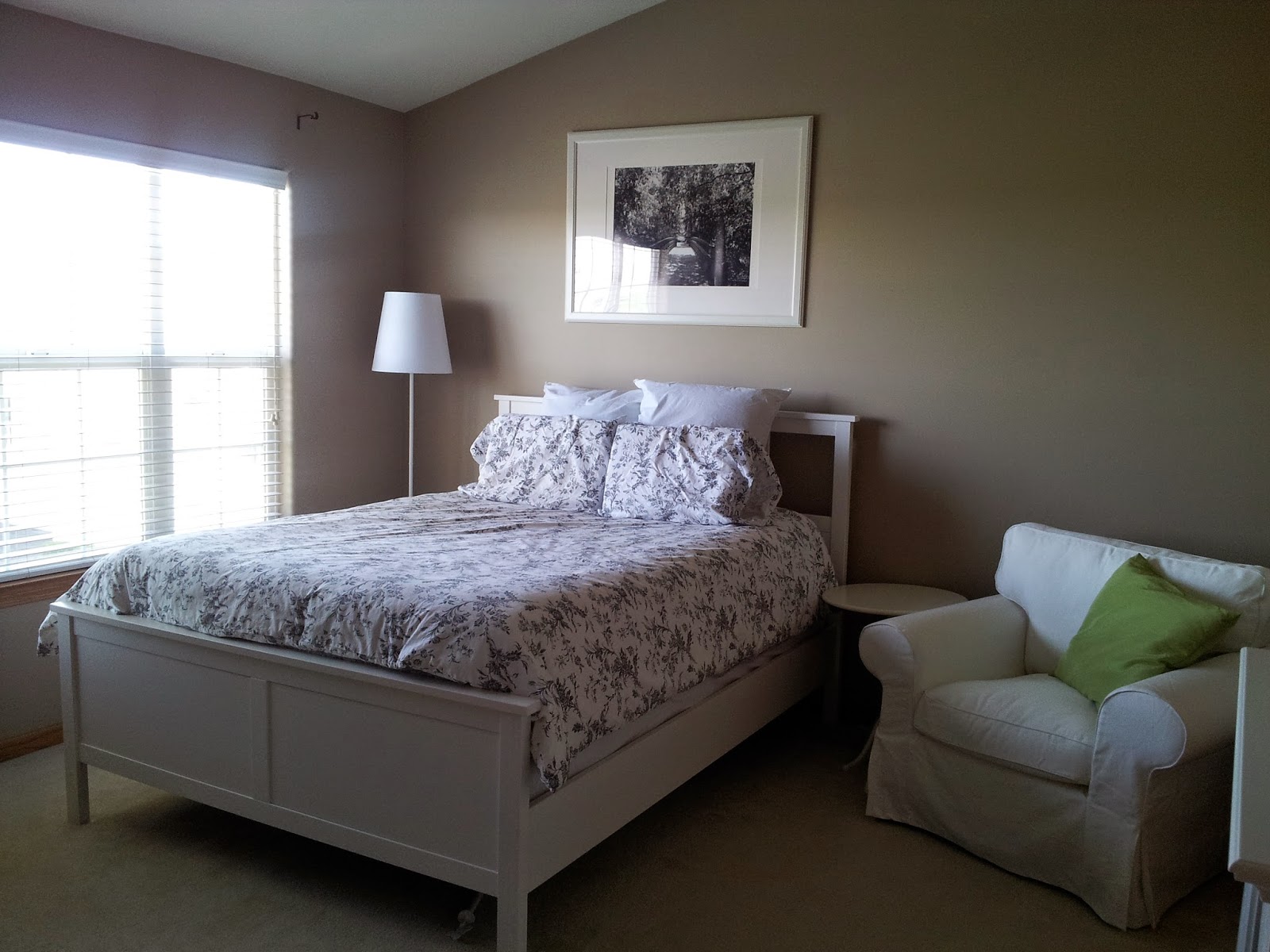 The new bed is white and obviously didn’t match any of the remaining cherry wood pieces that I had in my room. I used some paint that I had left over from when I refinished the bathroom cabinets and after almost breaking my fingers removing the firebox, I painted the electric fireplace heater. 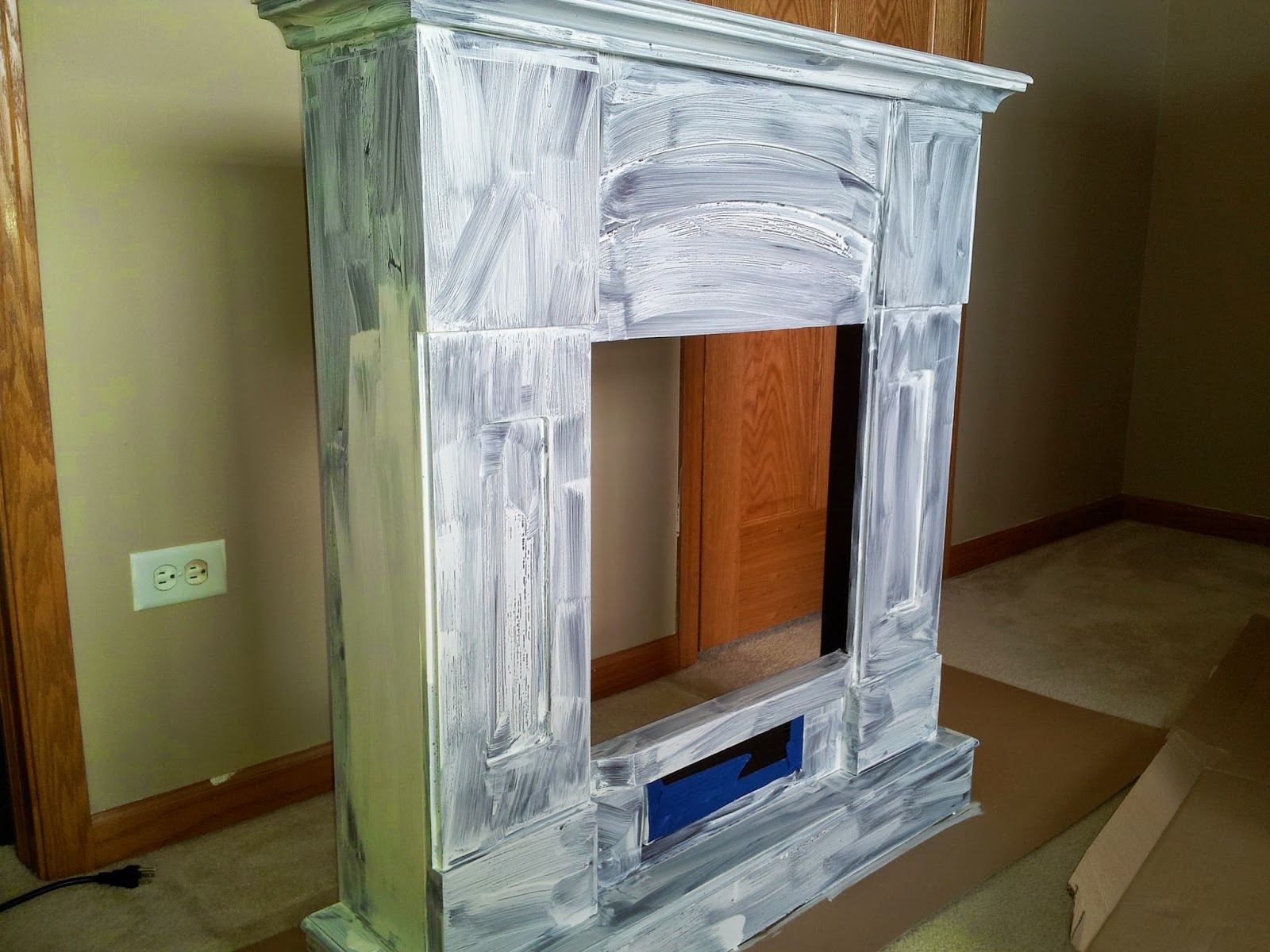 Well, then the black mirror above the fireplace clashed with the now white fireplace, so I painted that also. 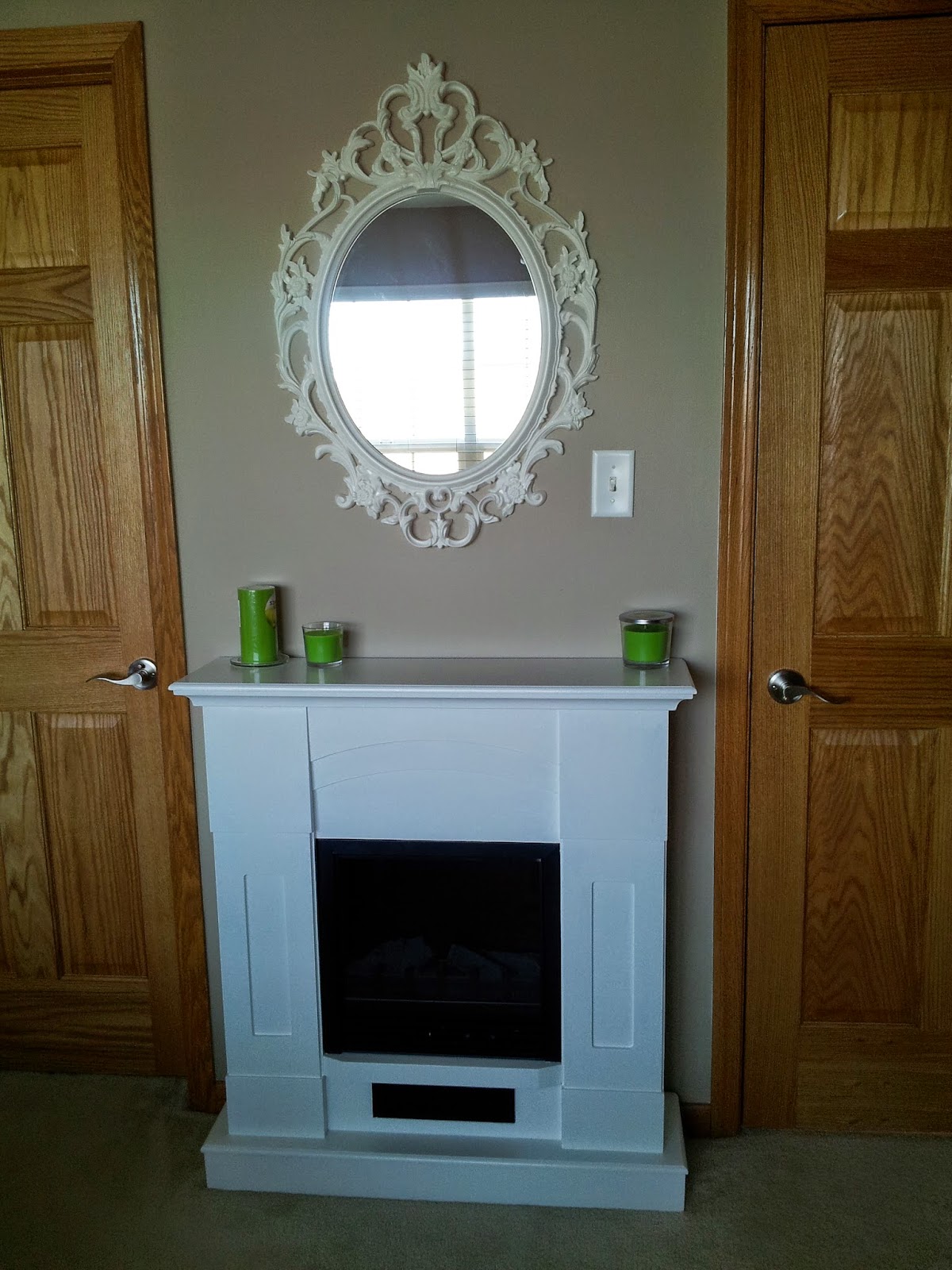 Of course, after I painted the fireplace, it REALLY clashed with the cherry armoire that I had refinished and stained myself, so I sold that and made an even financial swap for an Ikea dresser that took me 29 hours to put together.

Hello 400 pieces that if put together correctly should resemble a dresser. 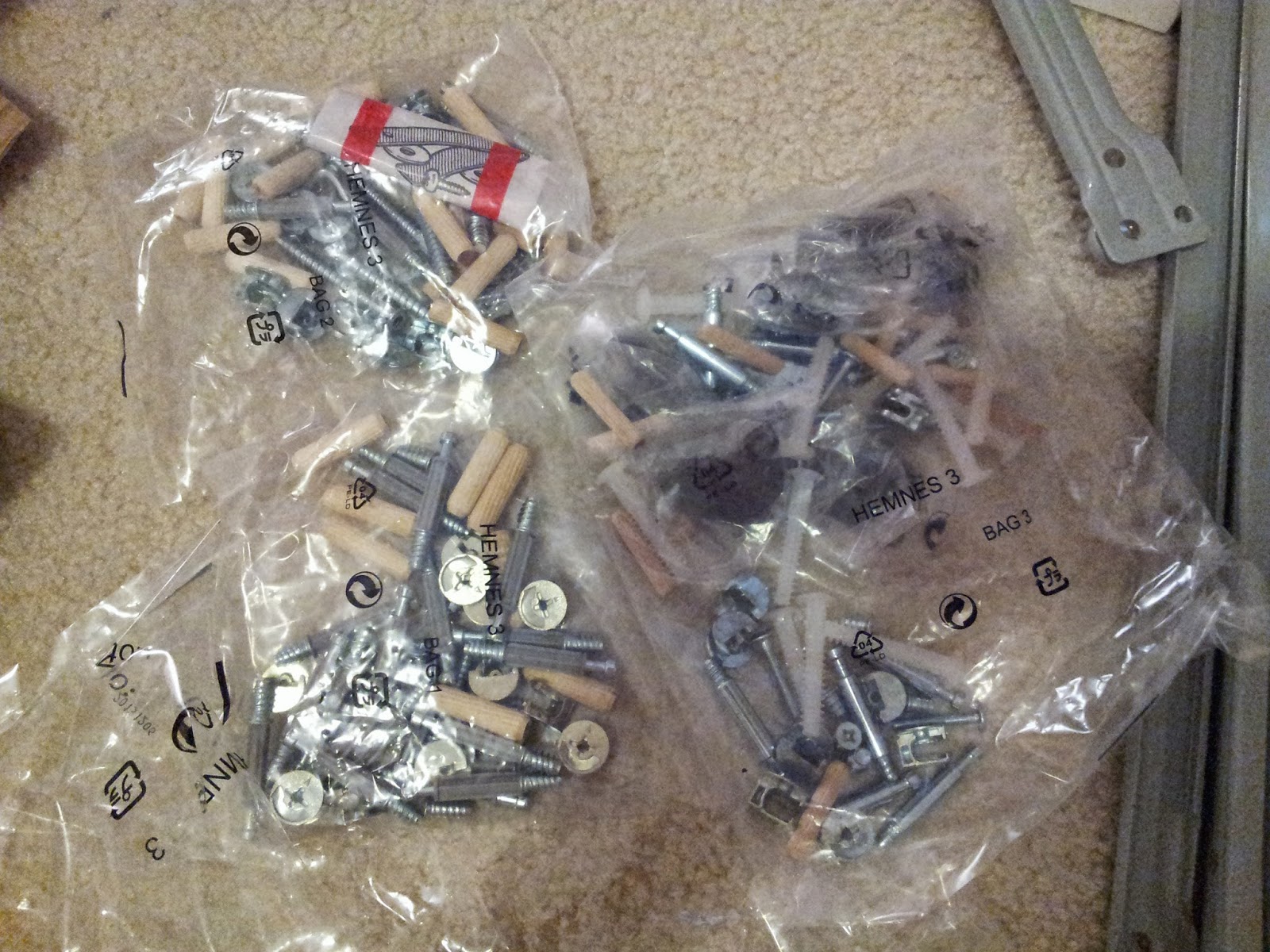 I had to lower the frame that was previously hanging above the armoire to a more dresser appropriate height and then I painted that white as well.

The black frames hanging in the alcove didn’t look quite right anymore, so I sold them for $15 and spent $6 on mirrors that surprisingly didn’t take me that long to hang up.

The brown birdcage that was sitting on the alcove shelf no longer matched, so I spray painted it with left over paint from another project.

I then sold the only cherry thing left in the room, the ceiling fan, for $50 and replaced it with a $30 light that my friend’s electrician husband installed for me. 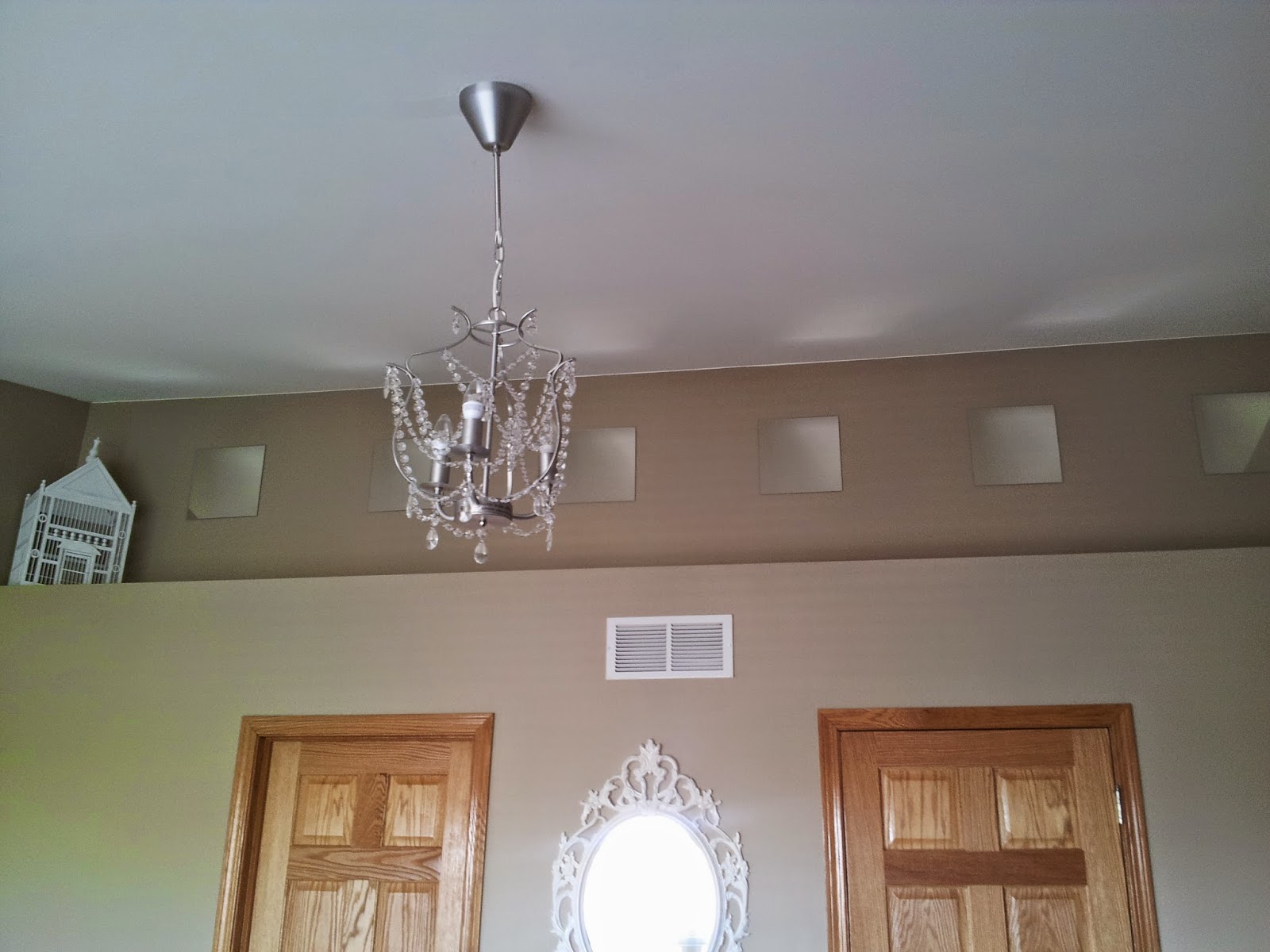 When all was said and done, I have to say, I am fairly pleased with the results. 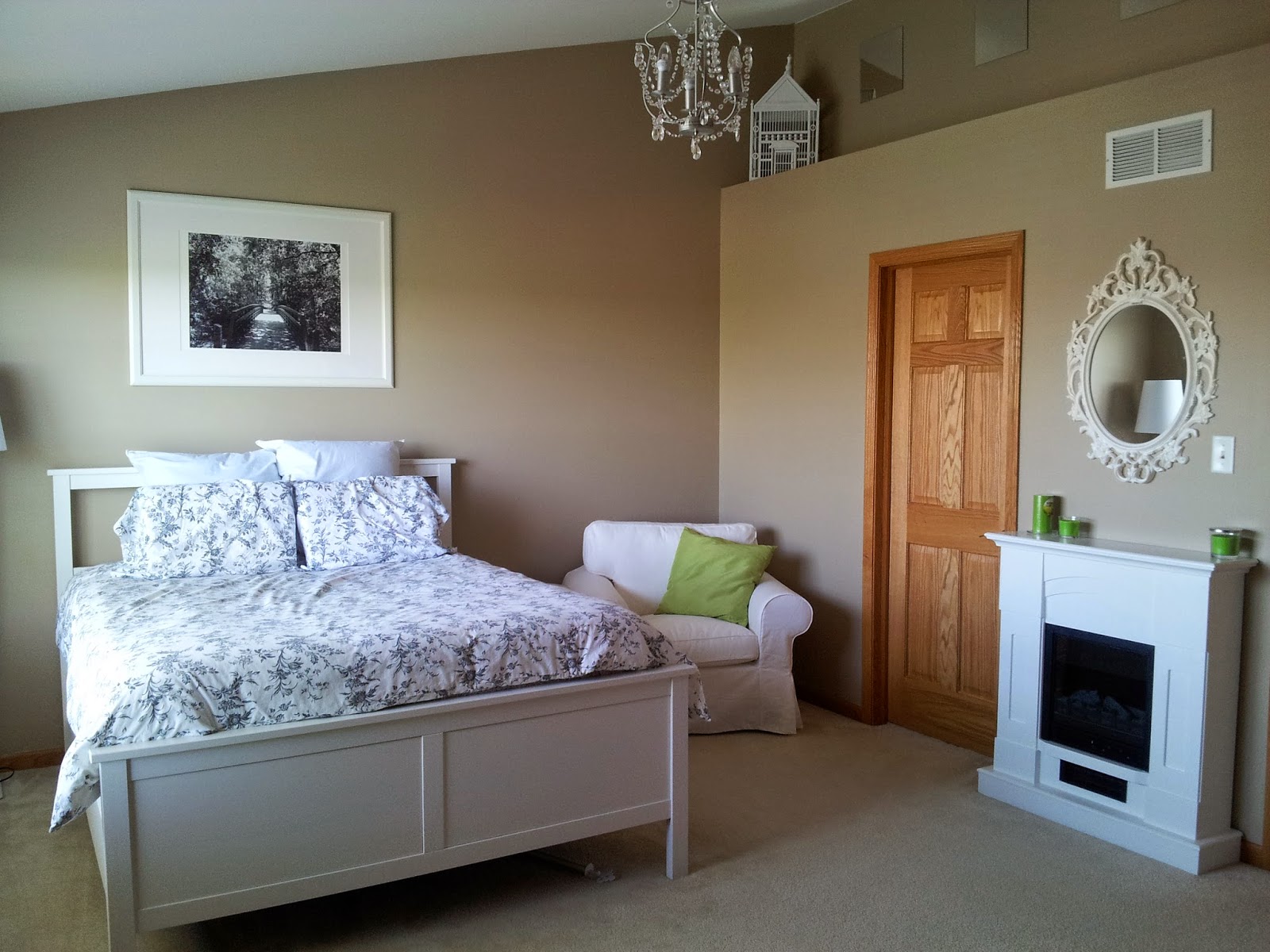 To top it off, I have a new room and thanks to the pieces that I sold and replaced with cheaper or refurbished items, when all was said and done I managed to net a couple hundred dollars. Even better than that, thanks to three amazing reader donations and the money that I made off the room, I came within $10 of covering the entire cost of the new window. The girl child and I are very excited for its installation next week! I’m sure I’ll post a picture.

The room feels good. It feels… renewed. I didn’t realize how much of his energy was hanging around until it wasn’t anymore. I didn’t realize how much I held my breath every time I walked into that room until I stopped. I hadn’t realized that the sick feeling that crept up on me and overtook my soul every time I climbed into bed was being triggered by the memories that hung around with his aura, memories that were intricately tied to the things this room witnessed. I’m a person that goes to bed late and wakes up early and I never realized that a big part of that was because I didn’t want to be in my bed….in “our” room.

I feel like a hundred pounds that I didn’t even know were weighing down upon me have been lifted.

For the first time in years, I had a very sweet sleep last night with very sweet dreams.

I’ve picked up the pieces of a shattered life and I’ve built something that I could never even have imagined. Hell, I conqured that Ikea dresser and be assured, that was no small feat.

So go ahead ex, break a window. I will see you your broken window and I will raise you an entire damn bedroom.

Tags: Ex, How - To
Newer Posts

He Makes My Clothes Fall Off