We were on our way to another state to visit some friends of hers when it happened.

The next thing I knew we were pulled over on the highway, the car parked up against a concrete barrier, and she was screaming something to the effect of “WE ARE ALL GOING TO DIE.” I sat in the backseat, terrified as I watched her hyperventilate and shake uncontrollably.

Seeing the fear in her face I understood that surely we were all going to die.

For several hours I sat in the back seat of my mother’s van, my two brothers next to me, while my mother repeatedly proclaimed that this was the day we were going to meet our fate.

The traffic, the speed, the roads, “this is where you come to die.” 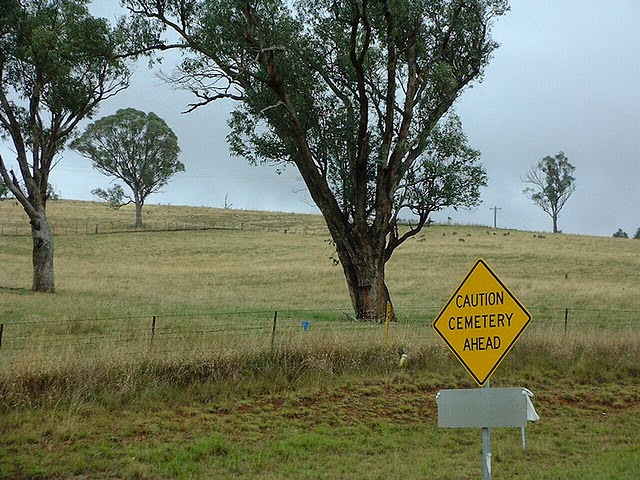 Eventually we made it to our destination. I can’t remember how, which I find strange because of how prominent the memory is in my life, but I really can’t remember. I kind of think maybe my father came and got us, but even then I don’t know if I just fabricated that memory over time.

My mother never got any better with highways, in fact her fear only spread. Soon we didn’t take the train and we didn’t go into the city, oh no, we never went into the city.

I now understand that what happened was a situation derived from her mental illness, but the fear, I can’t seem to let go of it.

I’ve gotten a little better over the last few years. I can now ride with other people while they drive on the highway and as of recent have ventured into the city probably…six or seven times…but as far as driving myself on the highway, never. Literally, NEVER.

I realize this is stupid. I realize that people do this every. single. day. I am utterly embarrassed and I get really tired of people looking at me like I am absolutely crazy when I say that I don’t drive on the highway. I’m tired of having to defend my reasoning without actually giving any details and I feel bad when people tell me that I’m being ridiculous.

Yet still, I can’t make myself do it.

I’m not sure why exactly. In the realm of my childhood this was such a small thing. In terms of actual life threatening events this experience doesn’t even register on the charts, yet it is the single thing that I cannot seem to overcome and I’m not sure why.

My best guess, coming from years of soul searching on this topic, is that seeing my mother, the one who held my fragile life in her hands, the all invincible and terrifying mother so terrified herself, ingrained in me that the highway meant certain death.

If a monster is afraid of something, well surely that fear must trump all others for terror itself can only be terrified by the unimaginable.

So here I am, 31 years old, and it takes me twice as long to get everywhere. I can’t get to a lot of places I need to be and it causes me to rely on my friends parents to take me places that are out of my comfort zone.

I’ve gotten to the point where I feel like I have dealt with much of the damage my past has caused. I’ve spent the last few years digging around in the back of my memories and learning the truth behind why things happened in my life. I’ve accepted the role that I did or did not play in different situations and in the process I learned to not only love, but trust myself. I’ve worked hard at making changes in the choices that I make and I’ve spent time analyzing why I react the way I do in certain situations. I’ve really made efforts to “rehabilitate” my way of thinking in order to get to where I want to be in life. I’ve faced most of my fears and I’ve let go of things that I held too tightly to.

Yet when it comes to this irrational fear of highway driving, I’ve all but shoved it out of my world, deeming it to frightening to even think about.

I think it’s time to change that. As I talked about in the post “Public Announcement: Don’t Be Insane,” sometimes the only way to really move forward is to first stop and take a look back at how you got where you are.

I’m scared, I really am, but what I’ve come to realize as I’ve finally forced myself to face this issue, is that I’m not scared of the highway, I’m scared of myself.

I’m scared to be my mother.

I’m scared that I’ll panic, freak out, and actually get myself killed because I’m reacting in emotion rather than common sense.

I know how I am when things scare me. Remember how scared I was that I would run away from court? Remember how I actually ran out of an attorney’s office because I got scared? As I explained in the post “I’m Going To See My Mother” running really has saved my life on many occasions. Finding myself in a life threatening situation and being able to escape because I got the hell out of there was my only defense for a long time. I was too small to fight back, to weak to save my own life, to tiny to defend my body, and the only way to survive was to just get out. Unfortunately as I also explained that for many obvious reasons running is not a long term coping solution. I’ve done better, so much better, at changing the way that I handle my fears but in all honesty knowing that if it gets to be too much, if I really can’t handle it, that I can just excuse myself and walk away has my little mental safety net.

I obviously can’t do that on the highway and that terrifies me. I literally have visions of myself starting to panic, driving blindly at 150mph just to get to an exit, getting caught in a traffic jam, abandoning the car, and running across six lanes of traffic before jumping over a median and falling to my death.

I’m not even kidding. 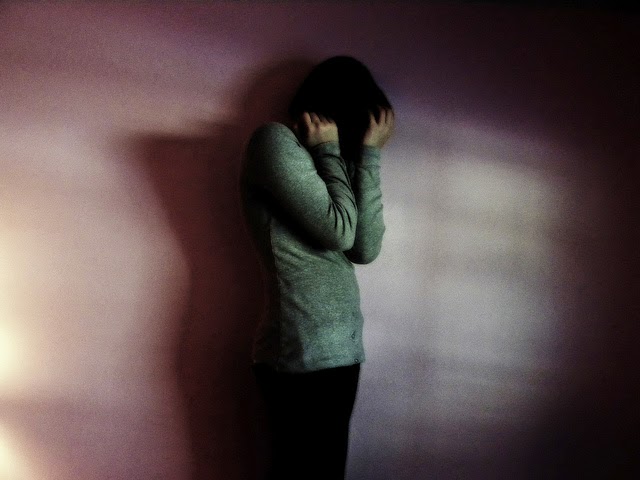 That’s really not a good feeling.

I don’t like knowing that I can face my rapey ex but I can’t face something people do every. single. day. I don’t like that I took part of my mother with me. I don’t like not feeling in control of my actions.

I don’t like the fear constantly following me around like a shadow I can’t shake; a shadow that while black and terrifying, is very much the silhouette of me.

I don’t want to be scared of me anymore.

It’s time to do something about this.

I have some plans and I’m going to start working on this. My goal is to be able to take my kids to the zoo. It’s an easy drive from my house, roughly thirty minutes, and one that I’ve done in the passenger seat many, many times. It’s a good goal to have because not only am I learning to overcome my fears, but I’m hoping to shred the last strand of fear that I have, the fear that in some ways I might be just like my mother, panicking with my kids in the back of the car.

I’m not going to rush it. I’m certainly not taking any children with me until I’ve faced enough traffic jams and scary drivers to know that I won’t lose my cool, but it’s a start.

It’s the start of my last big hurdle and as much as I’m not looking forward to it, I kind of am.

Fears of the self oftentimes hide behind the fear of something else. We spend years being terrified of something only to realize that the fear wasn’t in the act itself, it was in what we believed it to be. It’s the shadow that looks so much bigger on our bedroom wall, it’s the crack in the closet door that we are convinced all evil stems from. When you objectively look at a fear, without all it’s projected emotions, only then are you able to see it for what it really is.

You can only face a fear when you know what you are really facing, for it is impossible to overcome an abstract concept because you cannot conquer an illusion.

When we let fear steal pieces of our lives what we are really doing is shutting out pieces of ourselves. We are letting fear deem parts of us as unusable and we are relinquishing the opportunities that come with it.

You can make peace with your past, you can look forward to your future, but if you are ignoring the parts of you that scare you, you are walking your journey as less of the person that you could be.

You deserve to be a whole person, not split between who you are and what your shadow is making out of you.

Shadows, much like fear, darken the world around us. They appear in their monster like forms and make it hard to see what is really there. They take something simple and they make it look bigger, scarier.

It is not until you cast light on the shadow behind you will you finally be able to see the monster in its true form. 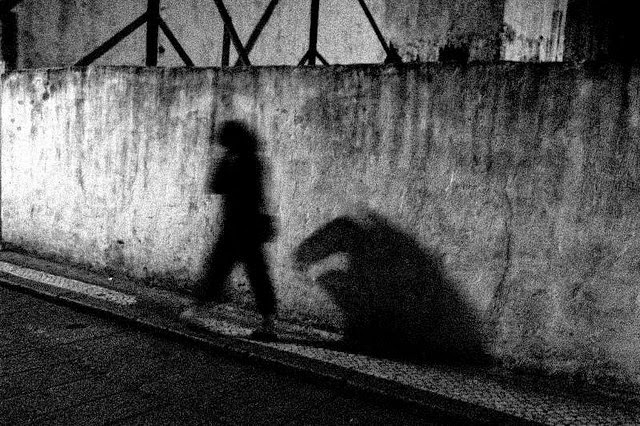 Only when you realize where the monster from your past really sleeps, will you stop looking for him around every corner in your future.

It is not until you finally face yourself will you ever be able leave the past behind.

I’m turning on the light, I’m casting out the shadows.

It’s time to stop being afraid of the dark.

Well That About Sums Up My Writing Work Week