Sorry, You Caught Me On A Bad Day 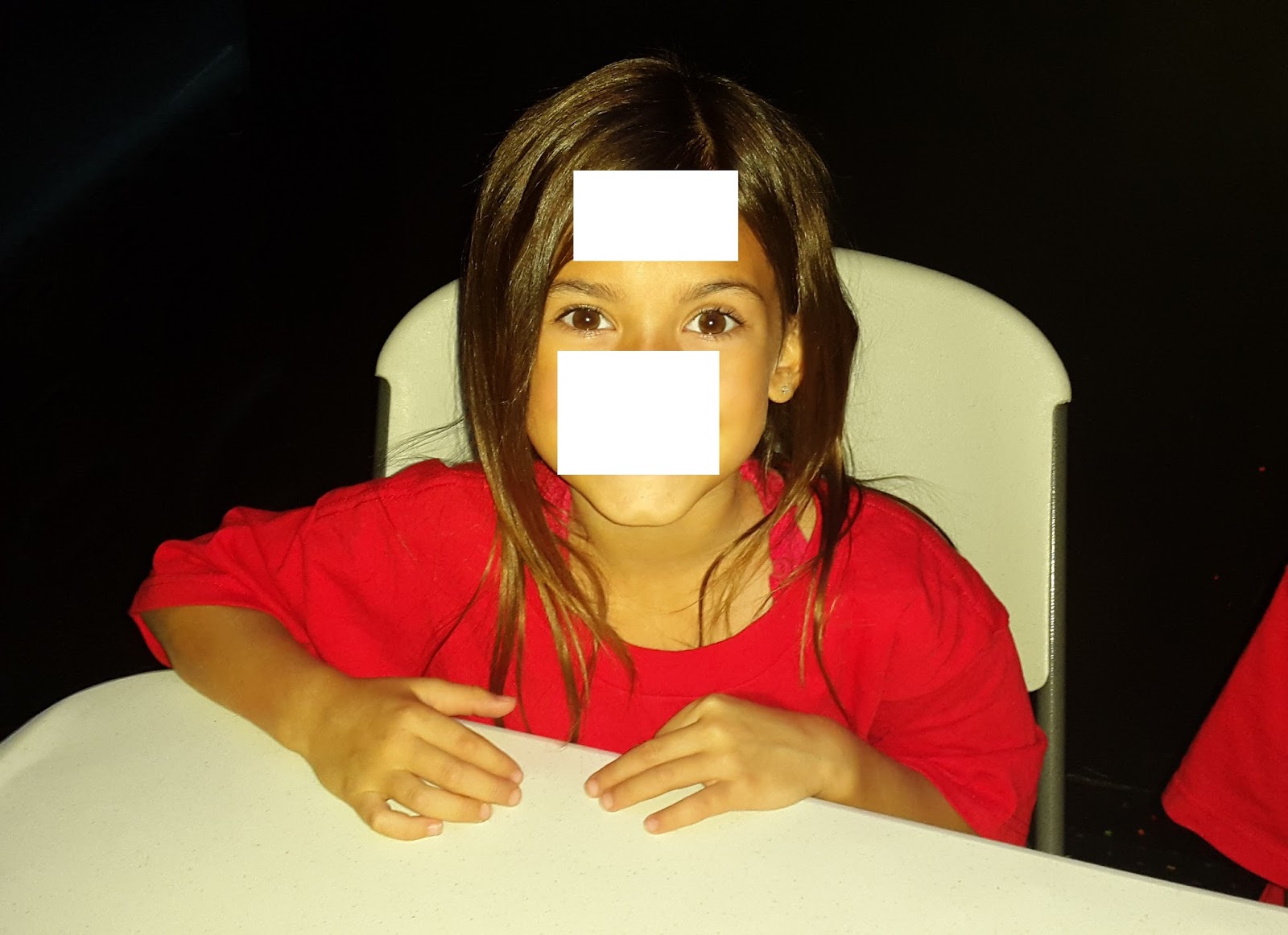 A few weeks ago I chaperoned a daycare field trip to a laser tag arcade.

The minute I walked in the owner of the place latched onto me like a creepy ass leech. We weren’t even there ten minutes before this guy was telling me how beautiful I was (not even a compliment, I guarantee he says that to many people), trying to help me put on and take off the laser tag vest, and just generally being weird. At one point he offered me a job because he said he would love to spend some time watching me.

ALL KINDS OF SPINE SHIVERS ARE HAPPENING RIGHT NOW.

No, I do not want a part time job that high schoolers have just so that I can hang around with your creepy ass all night.

The other teachers? They thought it was hysterical! It probably had a lot to do with the fact that in order to just shut the kids up so that he could talk to me, he was handing them buckets of tokens, giving them drinks, and letting them play as many games of laser tag as they wanted. At one point he even rigged one of the games so that The Girl Child would hit the jackpot. 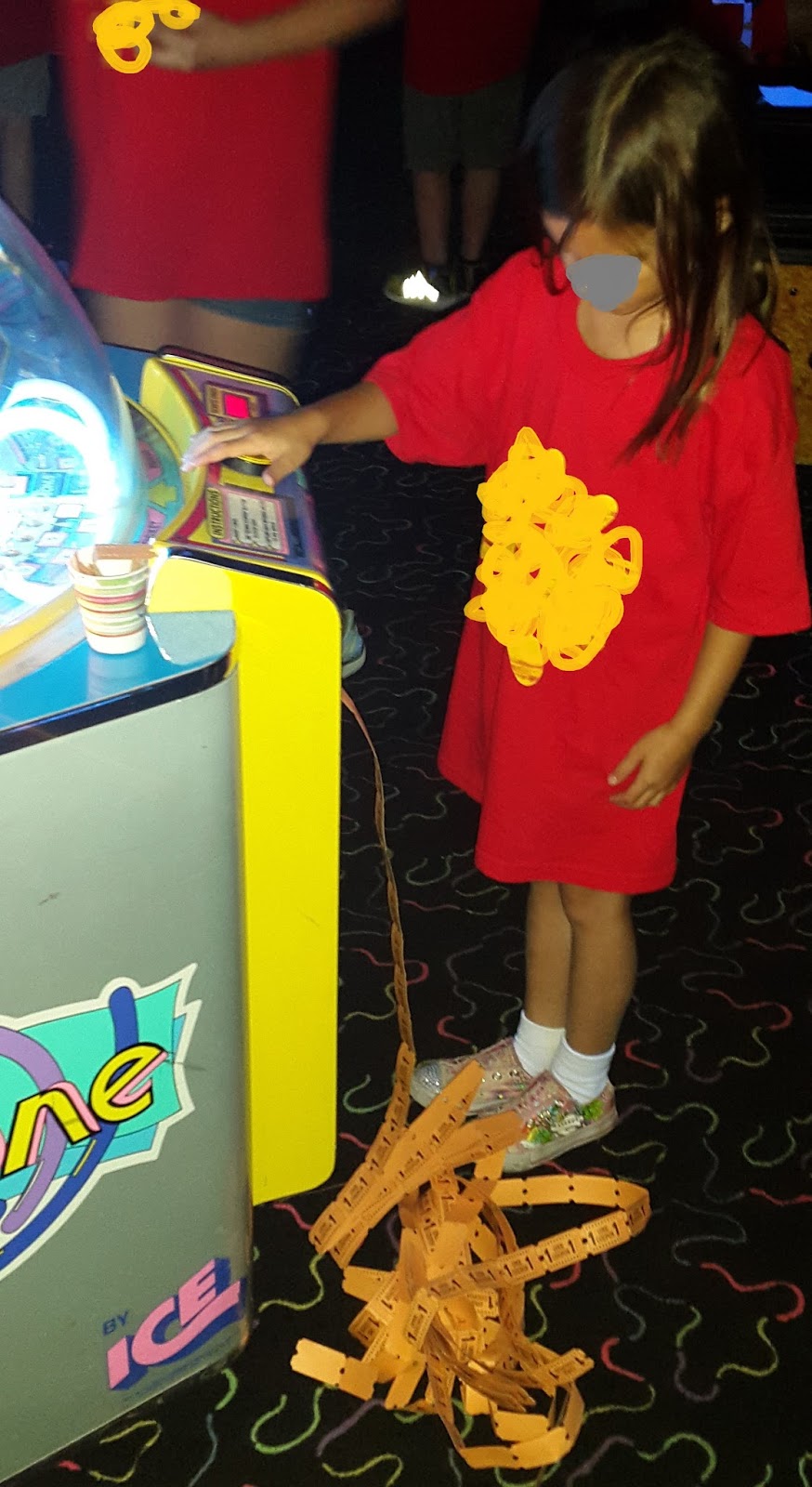 Then even after she won he gave her every single thing she laid her little eyes on in the prize cabinet.

When it was finally time to leave and after practically peeling this man off of me, I was about to walk out the door when I realized that I had lost one of my earrings; an earring that I was sure had been torn off as this guy manhandled the laser tag vest on me despite my protests of not needing help.

In the split second that I had to think about what I was going to do (since the kids were already on the bus), I gave him my phone number and asked him to text me if he found it.

Yes, I’m not stupid, I knew he would probably take advantage of that (which he did), but I figured that after I got my earring back I would just block his number.

He found my earring but in the end I decided that going back wasn’t even worth it.

So when this happened just a few days later, sorry dude, but you caught me on the wrong day. 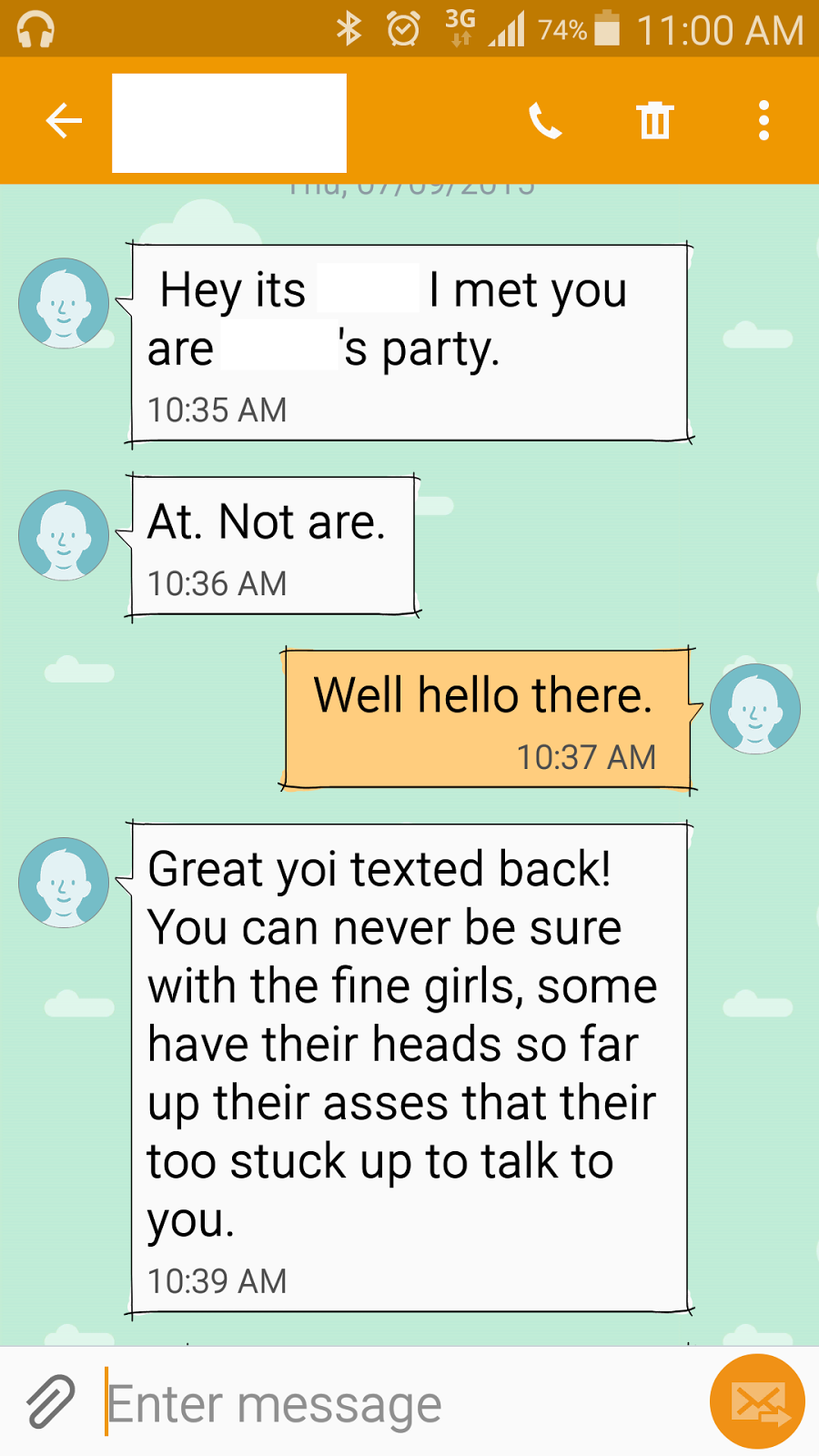 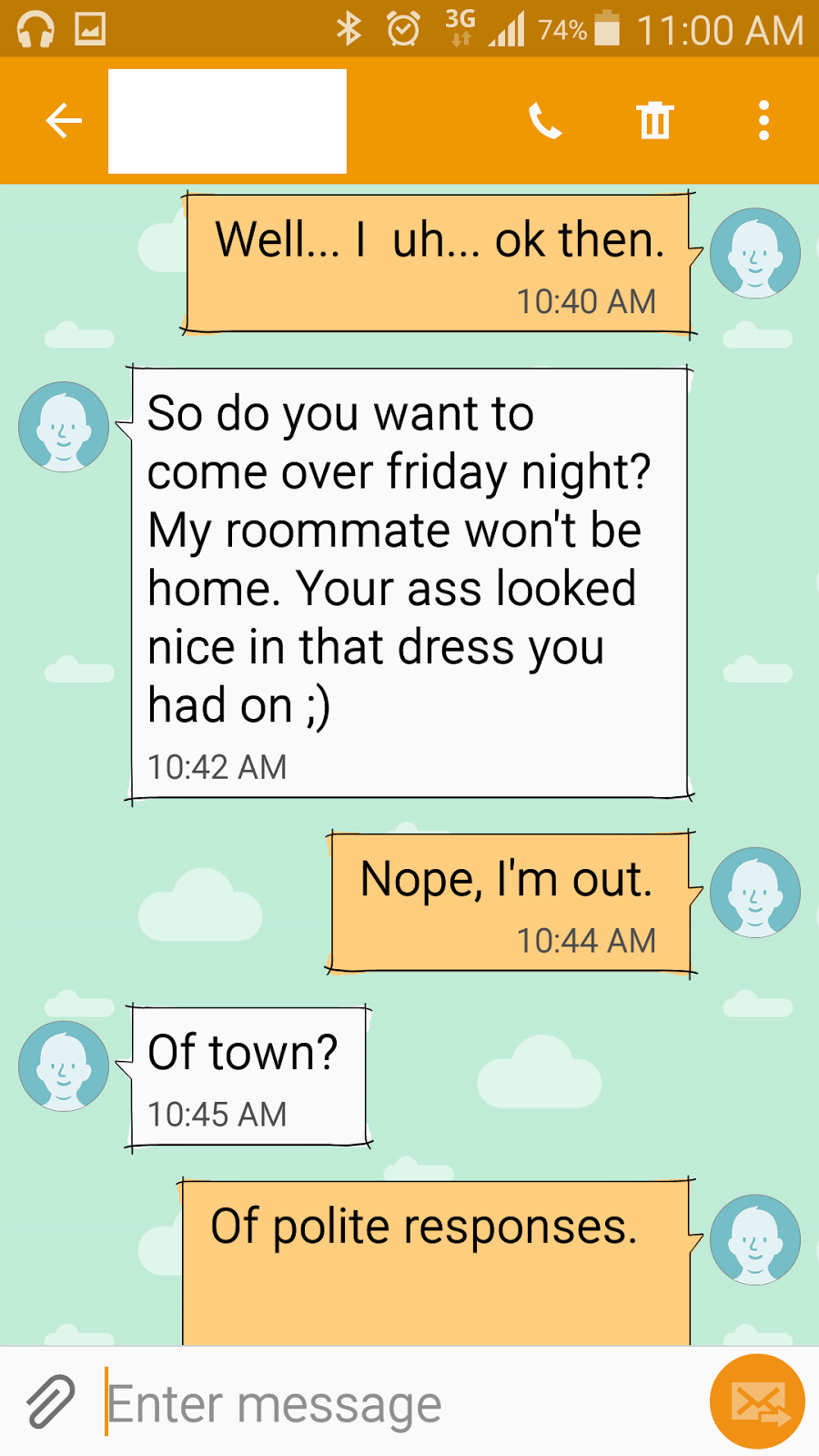 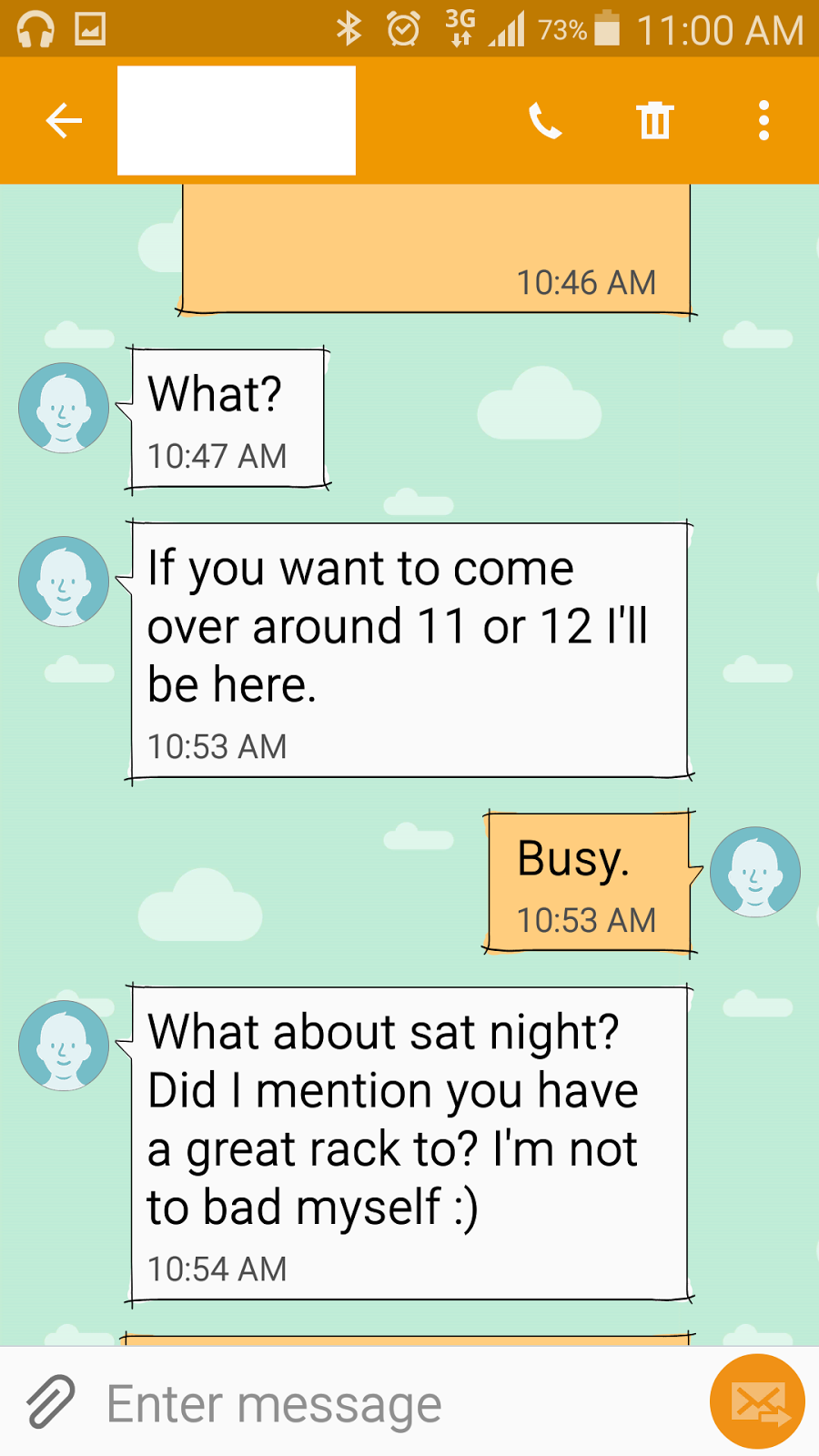 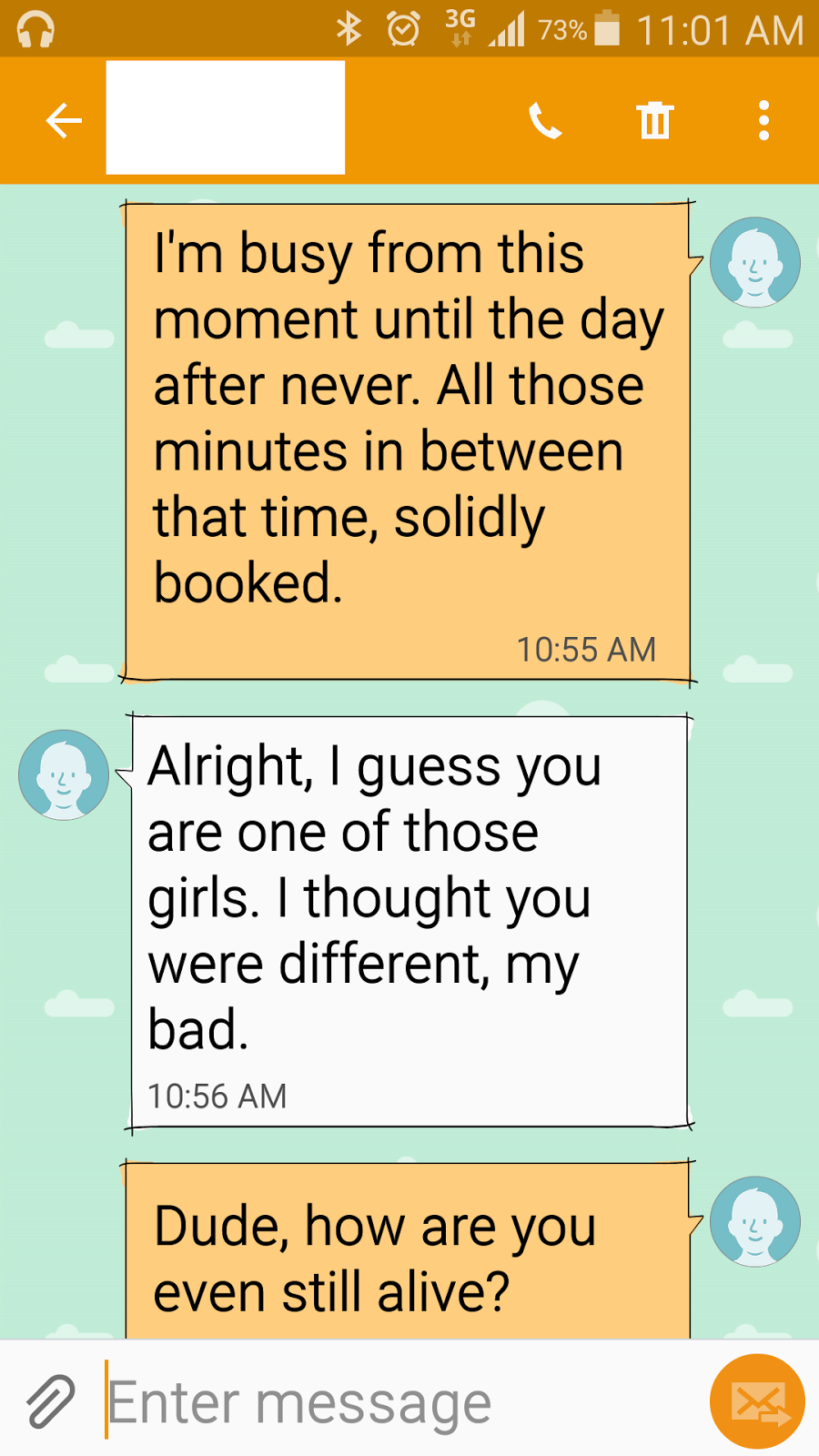 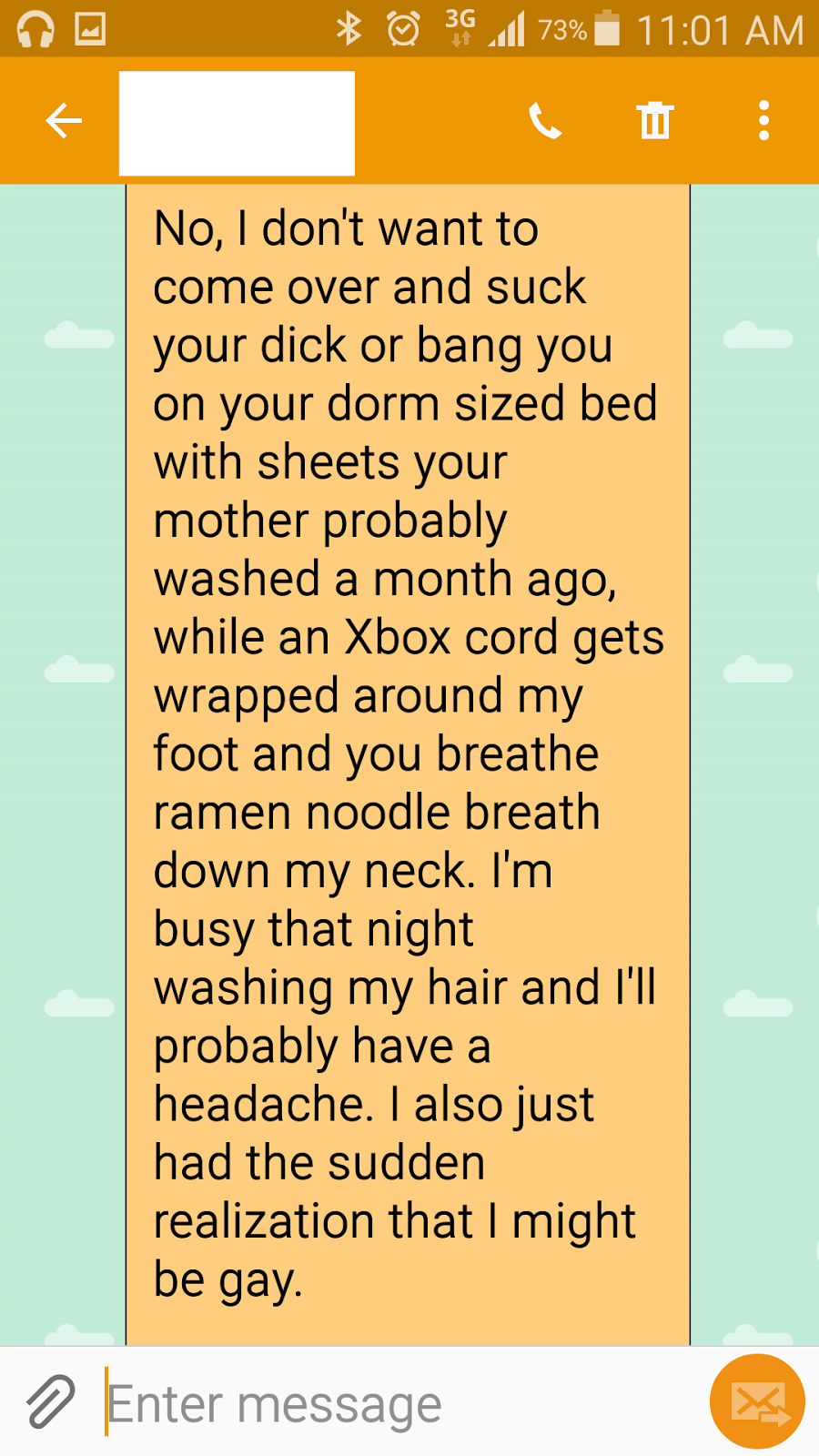 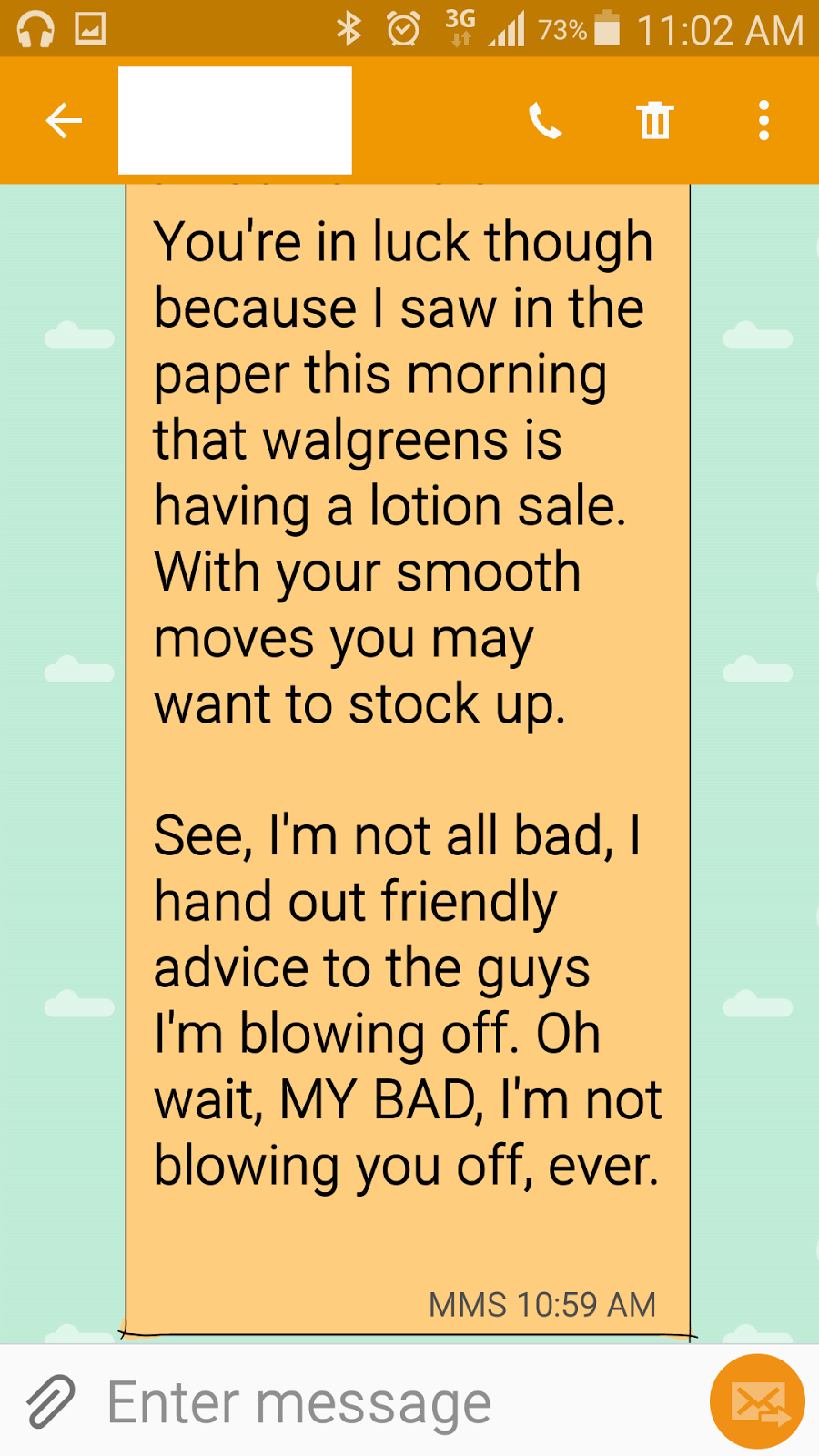 Yea… so that happened. Sorry dude, like I said, you caught me on a bad day.

You could have at least offered to buy me dinner first.

If You Liked This, Read More Just Like It!

“An Entire Relationship From Beginning To End, In Text Messages!”

“I Want My Friends To Think I’m Sleeping With You”

“His Wife Found Out We Were Dating”

Having A PTSD Crisis Here…

On Losing My Anonymity