I’m Going To See My Family (Yep, You Read That Right)

I thought it was a Christmas card when I opened it.

If I had known, I would have prepared myself a bit more.

It wasn’t a Christmas card, but rather an invite to my grandmother’s 90th birthday party. 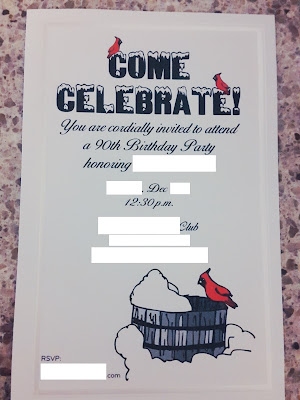 I know that a birthday party invitation doesn’t seem all that scary, but when I haven’t seen much of my family in nearly 3 years, the thought of seeing any of them  — let alone all of them at once — was enough to suck the air directly from my lungs and leave me gasping for breath, hoping that I didn’t pass out.

I don’t want to go to the party.

But I think I should.
My grandmother has always been one of the very few people who have stood by my side throughout my life. Quiet in her ways, she is one of those cliche grandmothers that watches the world more than she engages in it, but when she does speak, she is wise. Her family fresh off the boat from Ireland, her words are few but when they are, they are meaningful.

Even the words that might seem trivial to other people, mean the world to me.

“Eden, you know your mom has problems. We may not say it, but we all know it. You just do what you need to do and even though I don’t say it often, I hope you know I love you.”

That right there, while sparse, has rung loudly in my ears for nearly a decade of my life now. In a family where abuse hides behind closed doors and nothing but judgements and illusions of perfection are displayed for all to see, the knowledge that I have any bloodline connection at all to someone who has known me since I was born, and supports the fact that I no longer have a relationship with my parents, it means the world to me.

But when you get to be 90 and you aren’t so young and spry, you tend to rely on other people for help, as my grandmother does. I see her when I can, but even that is far too infrequent because it’s nearly impossible to get a nearly 90 year old woman away from the people who take care of her, and unfortunately for me, I’ve disowned many of the people who take care of her.

So while the visits have been few and the phone calls not much more, she has never made me feel bad about it.

“Eden, I know you haven’t had it easy, but you know you’ll always been my special one.”

And just like that we’ve had an understanding; maybe the only one that I’ve ever had with anyone in my family that didn’t involve me understanding that I wasn’t supposed to tell anyone that I was being abused.

So when my grandmother told me a couple years back that all she wants is to see the whole family together, I listened, because that is what you do for the people that you love.

I love her, because I know she loves me.

But I haven’t seen the rest of my family in nearly 3 years and you all know that it’s for good reason. In fact the last time I saw them there were threats of legal action and physical harm. And sure, I could just tell my grandmother that I don’t want to go and I could give her a list of very valid reasons that I know she would most certainly understand because she does love me, but I don’t want to do that to her.

I don’t want to do that to her because I love her.

So next week I’m going to be reunited with my entire family during an extremely uncomfortable lunch. I’ll be face to face with people that I’ve successfully avoided for three years now; people that hate me because of it. 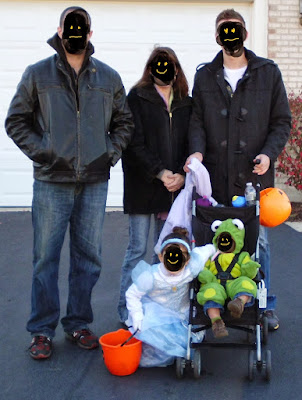 My two brothers and I during one of the last times I saw them in 2012.
The fact that my leg is like 1/4th the size of my brother’s leg scares me.

I’ve made the executive decision that while I will do this for my grandmother, I cannot do this to my children so they will not be with me, and since no guests are allowed, I will have to go alone.

Alone, facing 50 people who are angry at me for leaving the family; and some people who have spent years literally threatening me into silence.

I’m really not sure how I am going to handle this, but if there is anything that I’ve learned over the last three years and the course of writing this blog, it’s that this is not my shame to bear.

I did not do anything wrong. I have nothing to be ashamed of.

I may not want to be there, but I’m going to walk in with my head held high because I deserve to be there.

I’m not their victim anymore. I’m a survivor, because I survived them.

And if my family has a problem with it, too bad.

Fuck you bitches, I’m here for my victory lap.
***************
Want To Know More About Why I No Longer Speak To My Family? Then Read These!
“That Post Where I Finally Talk About My Brothers”
“I Disowned My Abusive Family”
“My Aunt Wants My Mother To See My Children”
“Because No One Ever Told Me”
Tags: Family
Newer Posts

A Week With My OTHER Weirdo