Allow Me To Catch You Up…

Hey, so do you want to hear the updates to a couple of past posts?

Of course you do! No one likes to get halfway through a book and then find out the last chapter is missing, so here, allow me to catch you up.

The gerbil is no more. 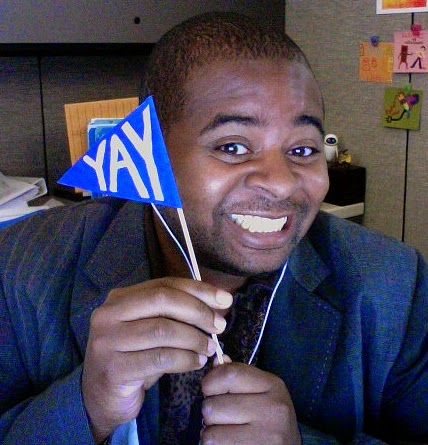 Yep, remember the little critter that was loose in my house? Well I’m not exactly sure how he met his untimely demise, but I found him… hibernating… on my driveway. He hadn’t gotten into any of my traps so I’m not sure what happened to him. He was actually really cute though so that did end up making me a little sad, but on the upside, yay, he wasn’t in my house, and double yay, I didn’t have to murder him!

I’ll take my wins where I can get them.

Speaking of wins, do you remember when I asked you guys if I should accept a lunch date offer from an ex?

Do you want to know what I decided?

I didn’t have to decide.

Work decided for me. 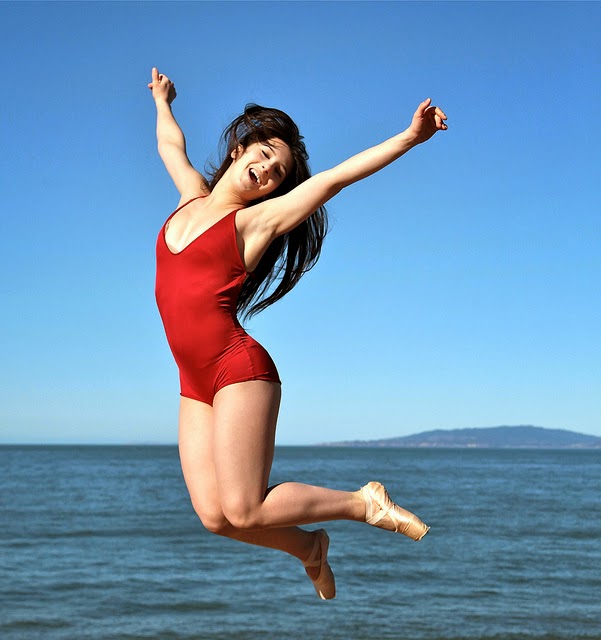 I ended up having a meeting pop up that I was unable to reschedule so I had to turn down his offer.

However, we did talk for nearly four hours on the phone last night. We talked about everything from work, to the people we’ve dated since breaking up, to the other girl that he is currently seeing and for a little while I found myself missing the poly lifestyle. I know probably sounds strange to most of you, that I would be talking to a boy I liked about his other girlfriend and find myself missing the open lifestyle rather than being jealous, but whatever, you all know I’m strange.

Anyways, at the end of the conversation I said good-bye and I felt good about it. I’m still not sure that monogamy is for me, but I am committed to figuring that out.

Hey, jumping topics here, I’m fairly please with how the vanity turned out. For those of you that asked, I just used cabinet and trim paint (that’s one product, not two) and put a few coats on right over the existing varnish. To get more technical it was a color called “vintage ivory.” If I had my choice I probably would have stained it a dark color rather than painting it white, but white was what I had on hand so that’s what I went with! I can always strip and stain it later.

In other news, someone hit my car in a parking lot and drove away leaving a couple nice sized dents in the door. It’s obviously not the end of the world but it’s definitely an annoyance to have to deal with because not only do I have a high deductible, but I also don’t have rental car coverage and can’t really afford to leave my car at a body shop for a few days. If it were “just a dent” I’d just leave it, but one of the dents actually pushed in enough to crack part of the car (it’s hard to see in the photo) so I’ll have to get it fixed in order to keep it from rusting. 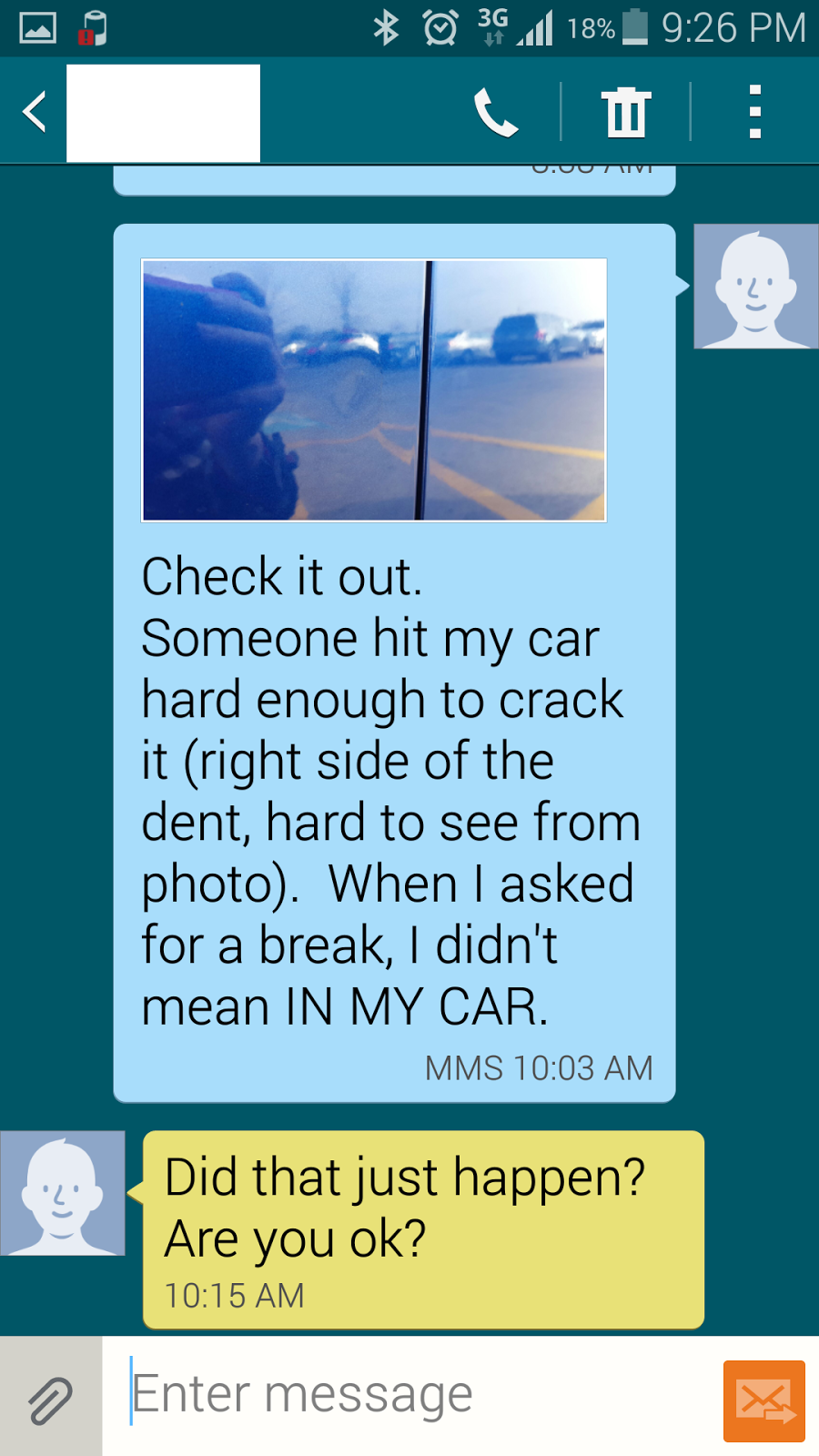 Oh well, it’s annoying but in the grand scheme of things it’s not really anything to fret over.

Aside from minor hit-and-run accidents, legal woes, and hibernating gerbils, we have been doing pretty well.

The Boy Child had his first play date ever and that was incredibly strange for me: 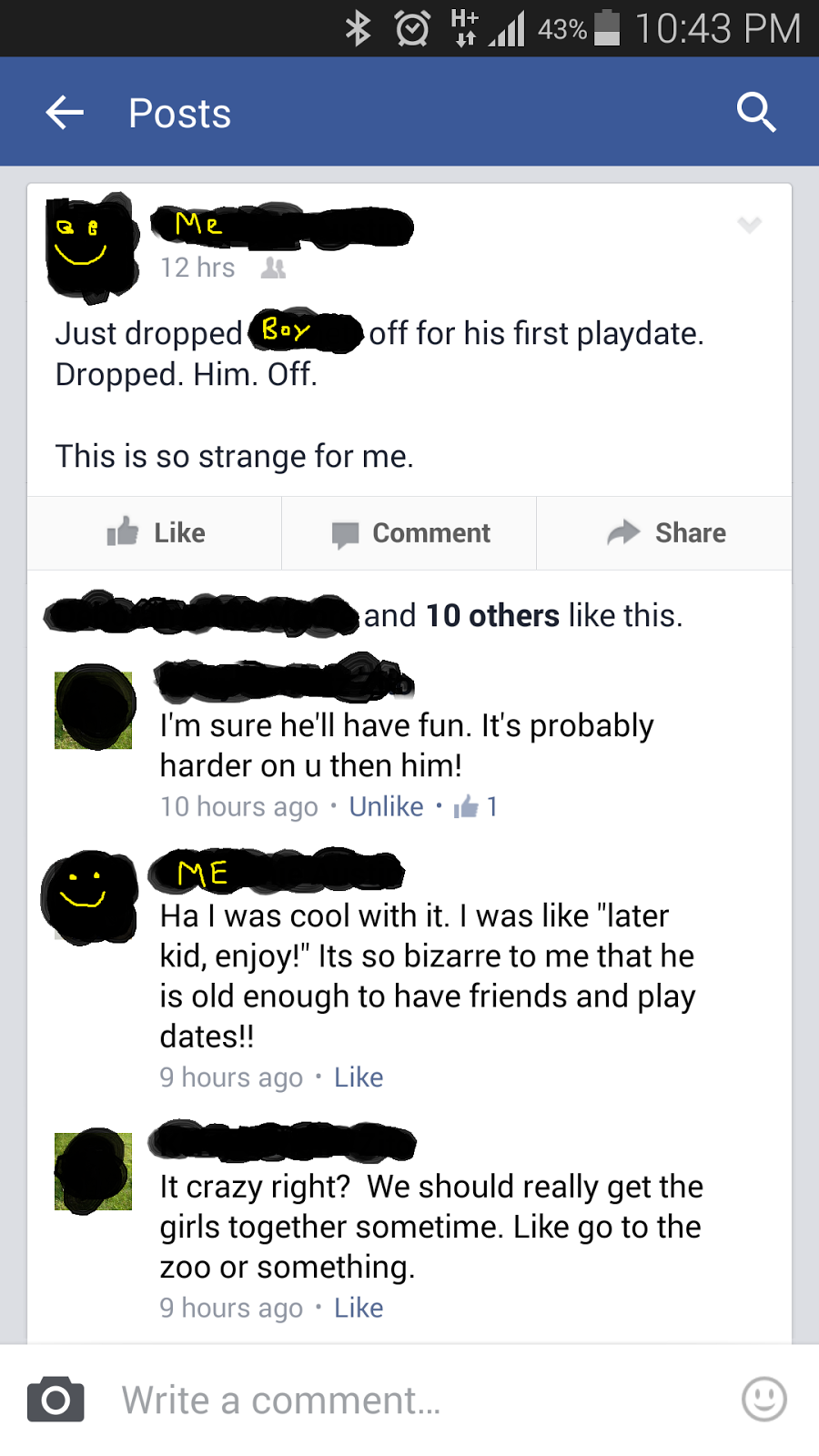 It was a little girl from his daycare, his best friend really, and if you ask him he will tell you it’s the girl he is going to marry. I’ve known the parents for about two years, mainly just from seeing them at daycare and the time they came to my nonprofit’s large fundraiser event, but when they asked if The Boy Child could come over and play for a while I felt pretty good about it. The mom was actually really awesome, not only did she text me ahead of time and ask what dietary catering lunch she could make (I packed him one to make it easier on her), she also asked if she could keep The Girl Child as well, “to give you a little break” she said.

But I figured that while he was at his little girlfriend’s house that I would seize the opportunity to spend some quality alone time with The Girl Child. I don’t get a lot of one-on-one time with the kids and unfortunately The Girl Child misses out on a lot of things that aren’t age appropriate for her brother, which she never fails to remind me of.

So with him gone I decided it would be a great time to use a voucher to Chuck E. Cheese that she had gotten from the Big Brothers, Big Sisters program.

She had never really been to an arcade before and she had a blast!

I of course had to teach her the art of skeeball:

Poor kid, she was terrible. At the end I was just happy if the ball stayed in her lane.

But, she did better at racing than I did!

She was even more stoked when she found out they served gluten free pizza!!

For our gluten free friends, from what I could tell the pizza is made elsewhere and they just bake it there. It seems totally safe from cross contamination because they bake it in the bag it came in and it comes with it’s own pizza cutter. For $5 it’s not bad and you get to keep the cutter.

We rarely eat out and I think the only time she has ever had pizza in a restaurant was before I were even pregnant with The Boy Child, so this was a big deal for her!

In the end she won 488 tickets which was enough to get her a gumball machine that I’ve already had to fix five times, a ring that I threw away because she kept putting it in her mouth and I was afraid she would get “made in China” lead poisoning (it happens!!), and a blue slinky for her brother (who immediately stretched the ‘blue skweenky’ way beyond its limits).

So overall, it was great!

I have to say, I felt pretty good about myself. I struggle a lot with feeling like my kids miss out on things because of our financial situation, but that night I went to bed feeling like I finally had a “win.”

I loved that feeling.

Also, we had a wonderful St. Patrick’s Day! My family is from Dublin (County Cork originally) and many of them still live there, so St. Patrick’s Day has always been a great time to remember our history. While we have fun with the so-called Irish traditions, we take some time to talk about St. Patrick and how he brought Christianity to Ireland, as well as the culture as a whole.

But no holiday is complete without some good old fun and the kids wanted to set a leprechaun trap, so we did! Unfortunately they were disappointed when they did not actually catch him, but they thought it was pretty funny that he played with their toys and dropped a few coins (and a dollar!) when he made his escape.

And hey, it’s finally spring! We are thrilled that it’s finally thawed out enough that we can go outside without fearing for the blood circulation to our appendages.

My kids with my Platonic Husband, her hubby, and her son.

So yep, that’s what’s going on over here!

Ok, now it’s your turn. What is going on at YOUR house?

She Didn’t Even See Me