This past month and a half has been a whirlwind to say the least. I’m not sure I have ever felt as far behind on… everything, as I have in the last few weeks, but overall I have to say that things have (finally) been going fairly well in a lot of ways.

First off, after Mr. Attorney Man put in hours upon hours of phone calls (I’d be lost without him), and I myself called my state representative, my state senator, and every other number I could get my hands on, the child support office finally got my paperwork fixed about 80% of the way. It’s still not perfect, but at this point I’ll take it.

With that I set about working to get my benefits reinstated. The Child Care office came through like a champ, and food stamps weren’t far behind. They only reinstated me at about 80% of my original benefits because of the continued error with the Child Support Office, but hey, 80% is better than 0!

Having that issue (mostly) resolved has made me feel like the weight of the world has been lifted off my shoulders, like I can finally breathe again. It had put such a standstill to my life that I felt stuck. I couldn’t make any plans or move forward with my life because I was spending every minute just trying to survive the present. This whole fiasco has only further driven my determination to succeed in my career, and I’m really happy to be able to once again spend my time and energy on that.

When I write this blog I walk a fine line between sharing my happiness and bragging, and sharing my sadness and looking mentally deranged. I mean really, when it comes down to it I have no black and white options to choose from. If I tell you about something that is upsetting me, I get a boat load of emails where people are suggesting that I seek help and medication. If I share something great that happened to me, I get an inbox full of emails calling me egotistical.

I’m in a no win situation here.

I think the largest issue probably lies in the fact that this blog is very situational specific. I’m not a blogger that tends to come on and tell you about everything that I did during the day, instead I come on here and I talk about the big things. Everyone in the entire world has moments when they are sad, happy, angry, anxious, etc, but because this blog focuses on recovery, we tend to talk more about my struggles, which of course makes me appear to be rather unstable or constantly depressed.

Do you see how that works?

And I get it, I totally understand it, and I’m fine with that, but because I know that you all take note of how I’m feeling, and because this blog is aimed at people who are struggling, what it has caused me to do is to then on the flip-side, not share things that are making me really happy, because the last thing I want to do is to be that annoying girl who is rubbing her joy in your face.

I’m telling you, it’s a fine line to walk. Sometimes I get it right, sometimes I don’t.

But I have spent quite a bit of time talking about sad things lately; break-ups, financial woes, sick children, etc, and so I’ve decided that for the summer I’m going to try and balance out my mentally deranged moments with a few posts about things that are making me happy.

So with that, be warned, this summer may bring with it some tactfully shameless bragging.

And oh, just you wait, it’s going to be a fun ride filled with some really insane races that I’m running, a pole dancing class that The Platonic Hubby and I are taking, a boudoir photo shoot, a little bit of travel, some really fun kid activities, the boys that I’m seeing (I hate to break it to you, but I think I’m a monogamy failure), and we still need to talk about the interesting return of The Detective Whose Name I Do Not Like.

Buckle up people, it’s about to get crazy in here.

But first, as promised several times via Facebook, an update on The Boy Child. 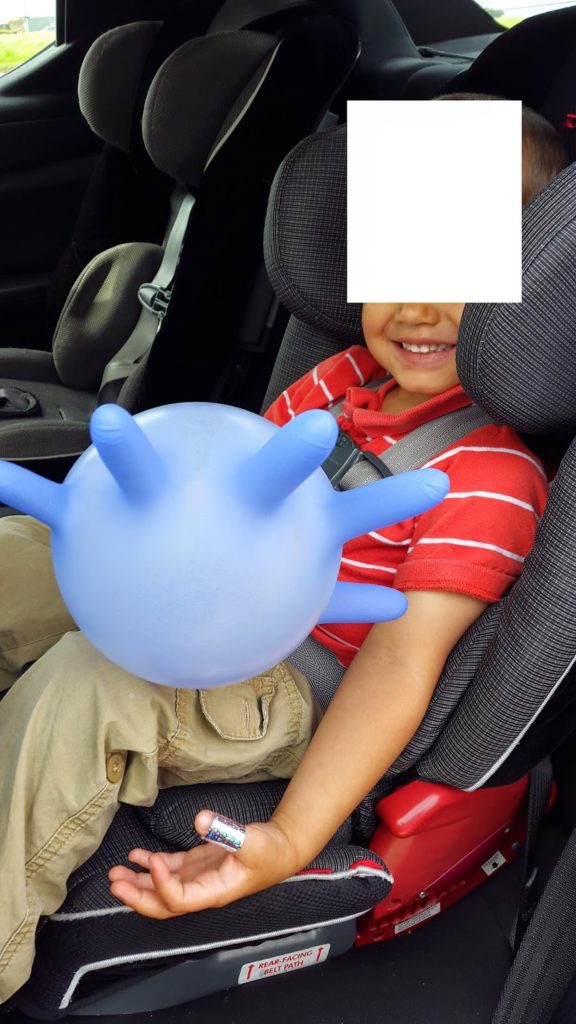 Leaving the hospital with a glove balloon.

Update: I know nothing.

I really don’t know anything yet. Initially he was supposed to be at the children’s hospital in the city for the duration of whatever this is, but then thankfully they were able to arrange for The Boy Child to have a majority of the testing done at my local hospital and just have the results sent over.

I caught a HUGE break when his pediatrician called the Children’s hospital in the city and was able to arrange for him to actually be seen by the specialty team at a satellite office. He knows that I’m mentally unstable not comfortable driving in the city, and even though I’ve been able to get him into the city with the help of friends, the doctor knew that it was a stressor on me. So even without my asking, he made a few calls to try and convince them to see me near my house. And just to sort of point out what a big deal this arrangement is, the satellite office had a 10 month wait and they don’t even take medicaid. So basically this specialist agreed to see my son for free because our awesome pediatrician went to bat for me.

How blessed am I!?

We also skipped the 10 month wait list and his appointment is tomorrow at 7am before the clinic even opens. I’m hoping that after reviewing all the testing that he has had done, I’ll at least know what the next step is, if not have a final answer and a game plan. I promise that I will update you as soon as I know more.

For those of you who have been following along on Facebook with this CRAZY detention drama that has been going on with The Girl Child, I am happy to say that it’s FINALLY over and at 31 years old, I just served my first detention. You can read about how it all turned out, over on Lifetime Mom’s (“I Went To Detention For My Daughter Because It Was My Fault,”) which is probably easier than me paraphrasing it again.

And speaking of outside links, you might also want to check out:

“I’m Perfectly OK With My 3yr Old Using A Pacifier — So Step Off!”

“Yes Moms, I’m TOTALLY Judging You For Your Improper Car Seat Use”

“The Most ANNOYING Parts Of Single Motherhood”

And last but not least, just for some Mother’s Day laughs,

“I Should Have Just Been A Ferret Mom”

Ferret’s aside, Mother’s Day was on Sunday, and you all know how I feel about Mother’s Day, as do my friends.

A good friend of mine rang my doorbell at 7am after driving 35 minutes to my house, just to bring me flowers. She has three kids of her own and she got up early to make sure that I didn’t spend even a minute feeling sad on Mother’s Day. 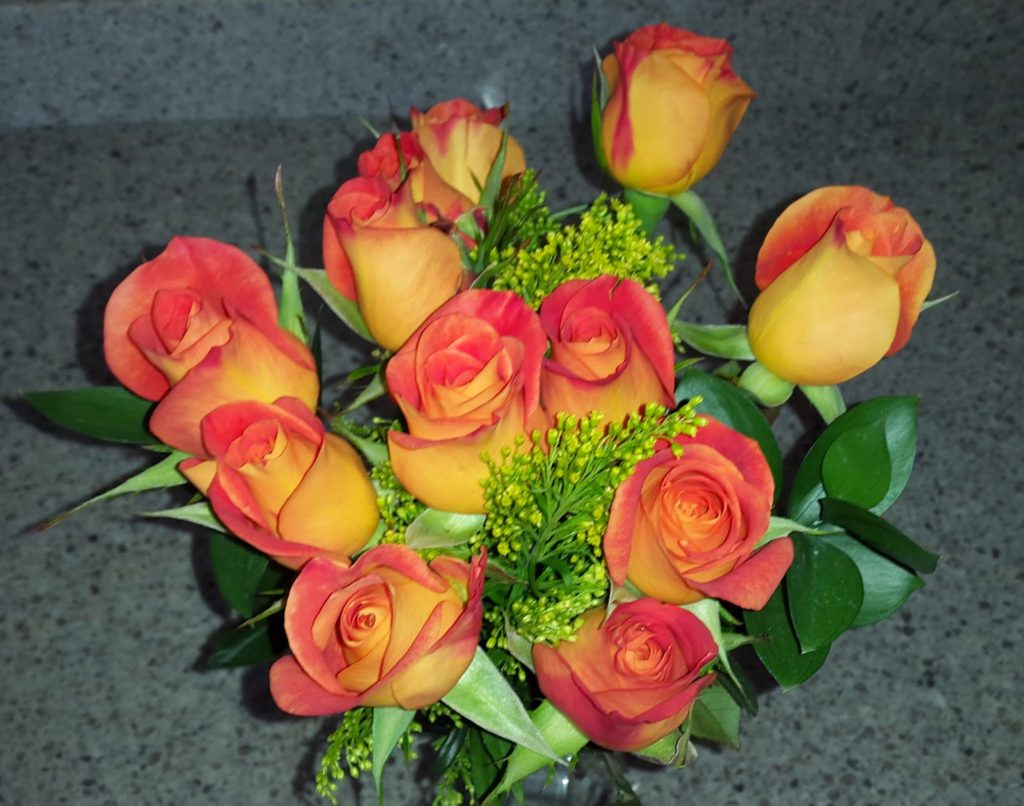 I had absolutely no idea she was coming and my reaction was awful. I was so shocked, standing there in my pajamas and wishing I had brushed my teeth, that I basically just stood there with my mouth hanging open. I wish that I could rewind that moment and truly express to her how happy I was, and albeit not how I would have liked to thank her, I tried to express my gratitude via text message. 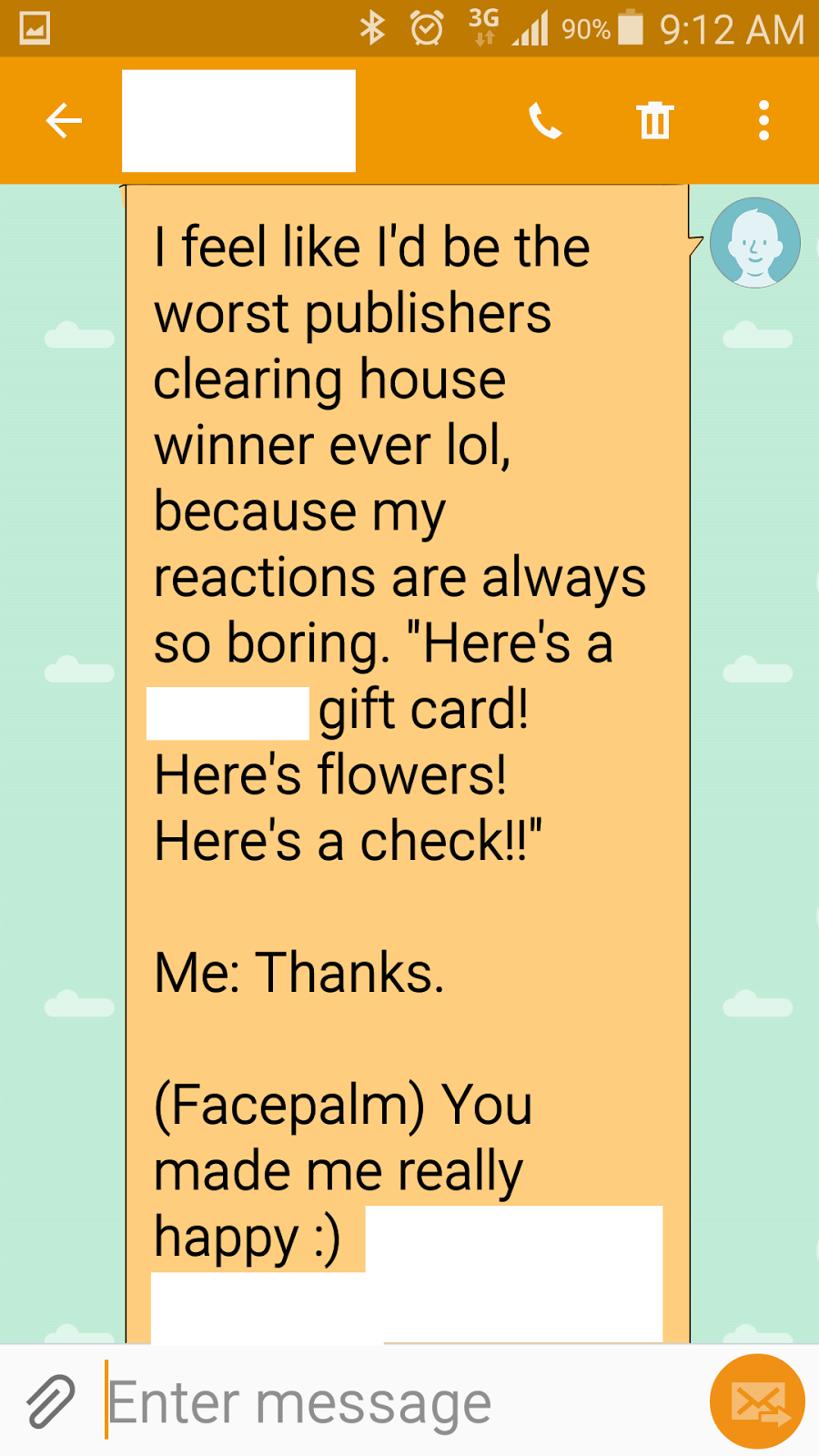 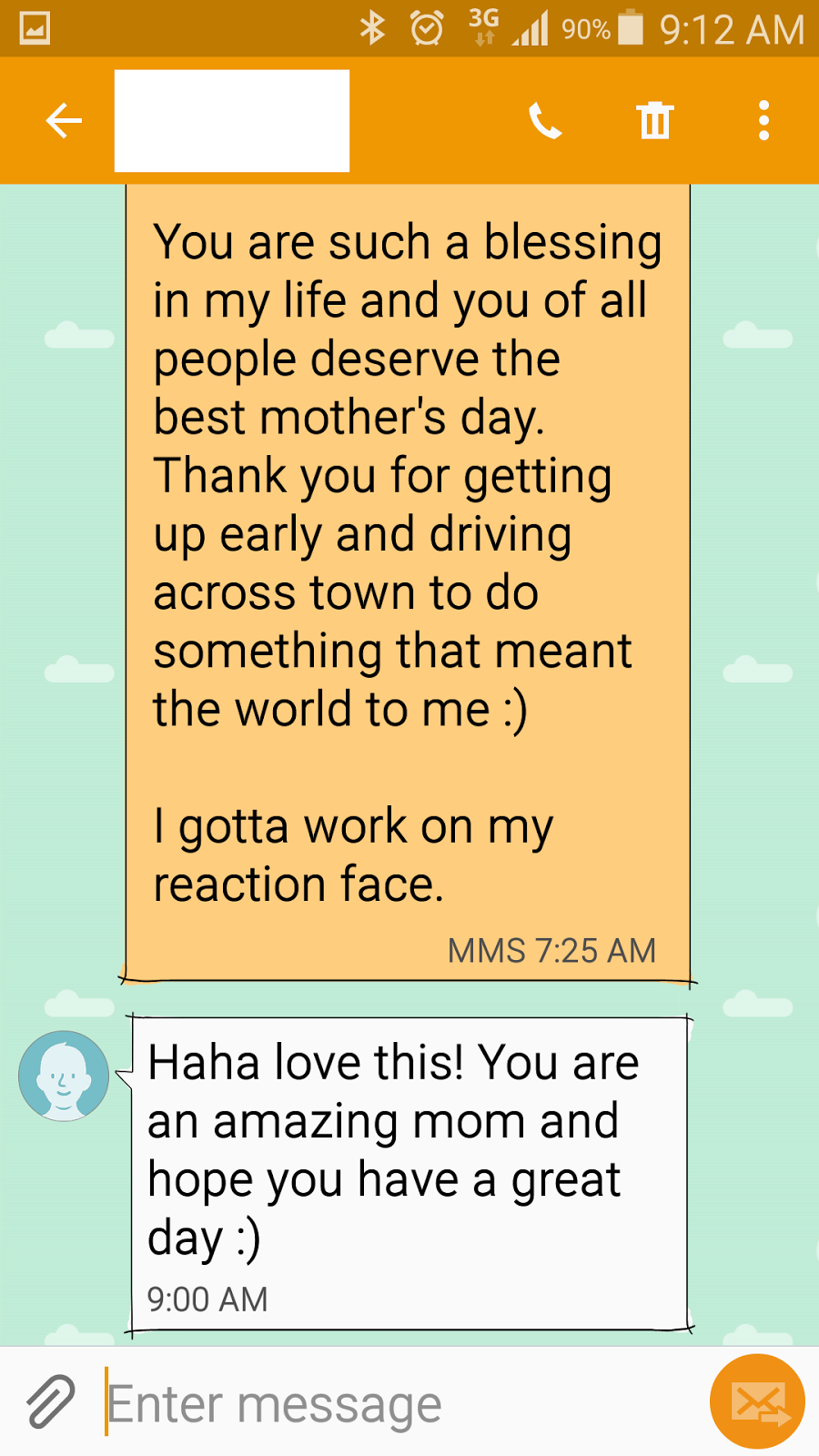 And the rest of my friends, they also knew just what I needed to hear. 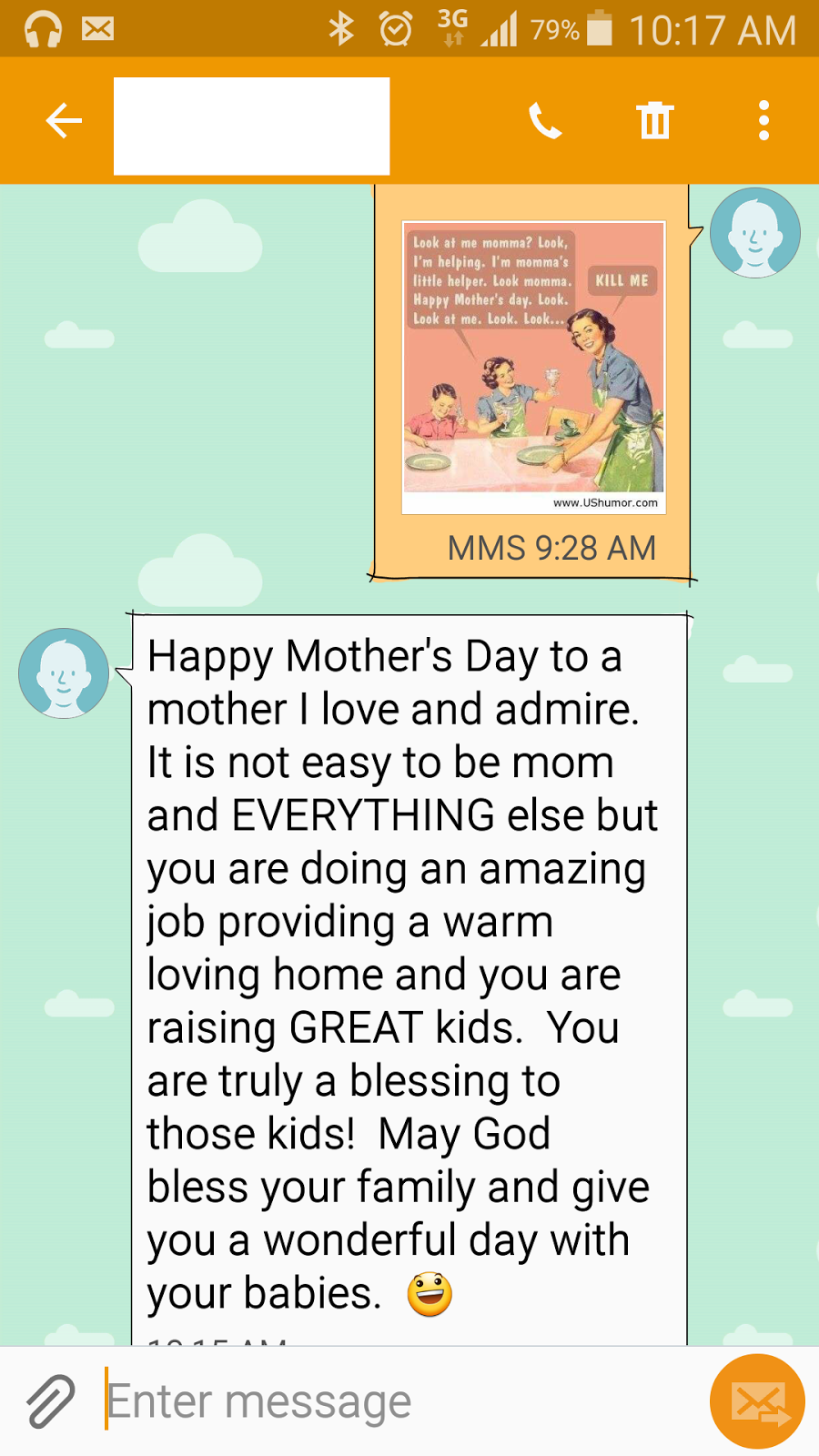 Friend from “The Life That Is Lived Here” post 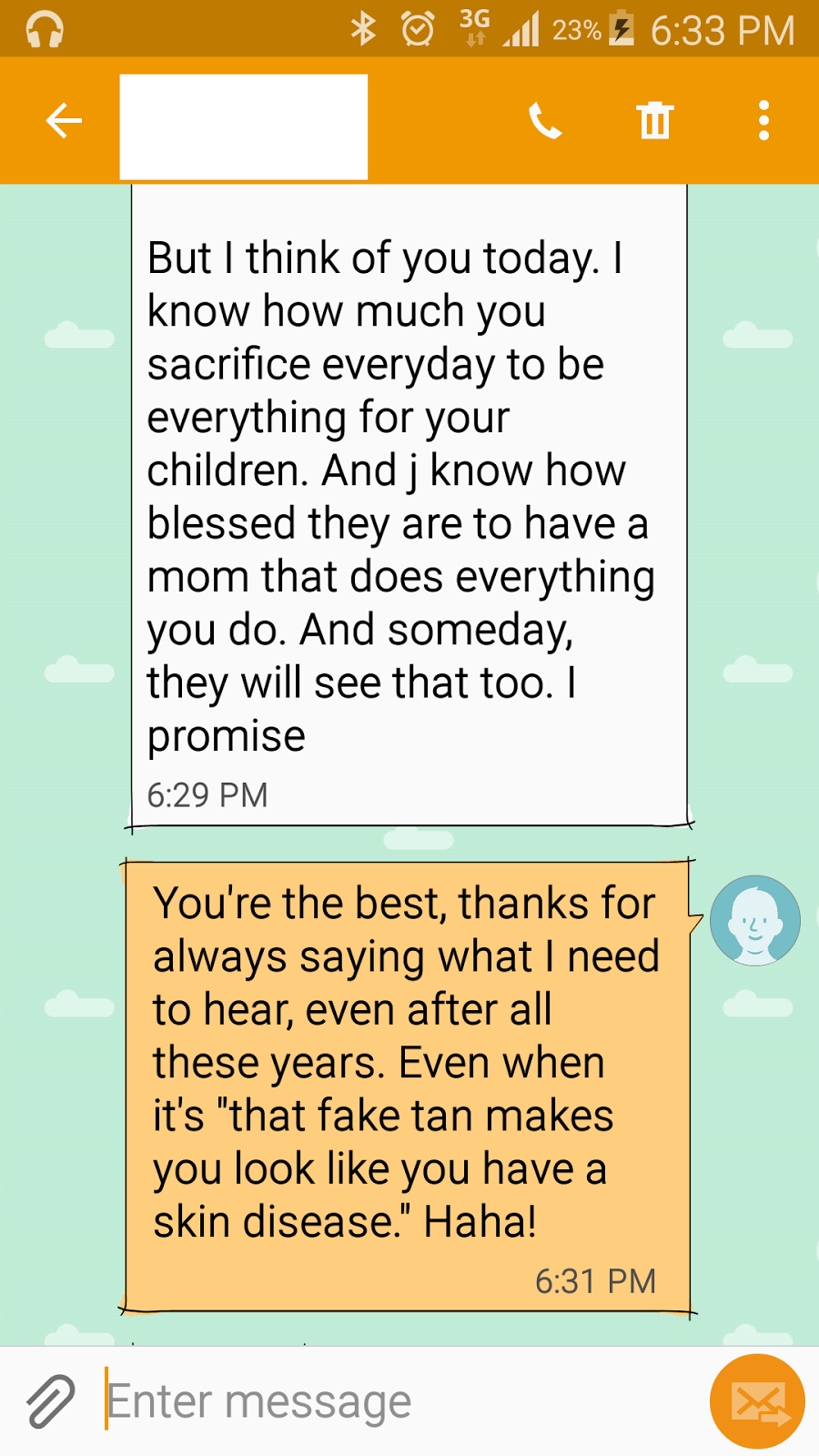 And there it is, so many blessings; friends who care about me, food back on the table, a safe daycare for my kids to go to, the ability to be able to work, and the luxury of a medical team who is trying their best to take care of my son.

I am so blessed. 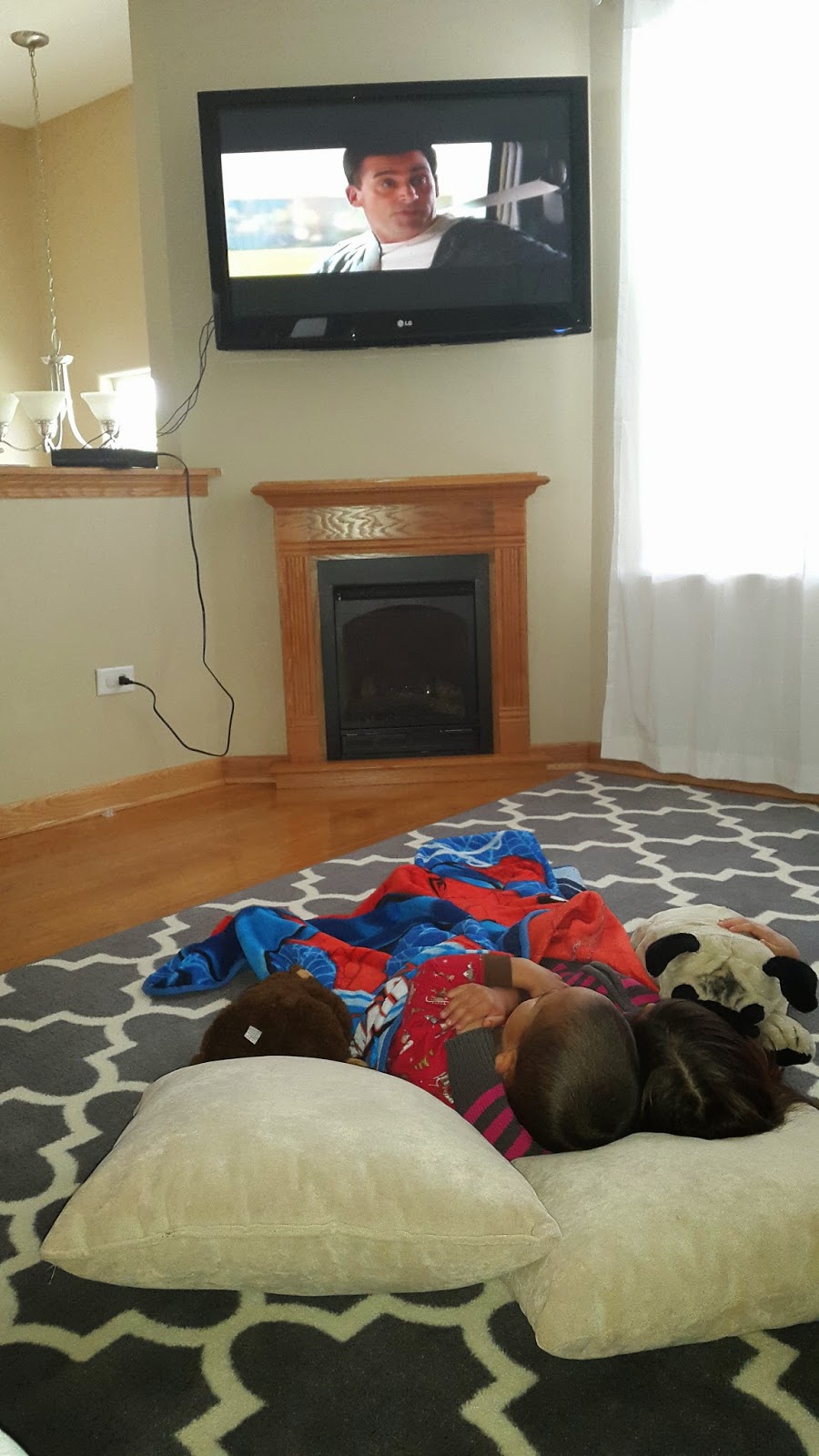 This is going to be a fun summer and I look forward to having you all along for the adventure!

How To Ignore People: Lessons From The Checkout Line